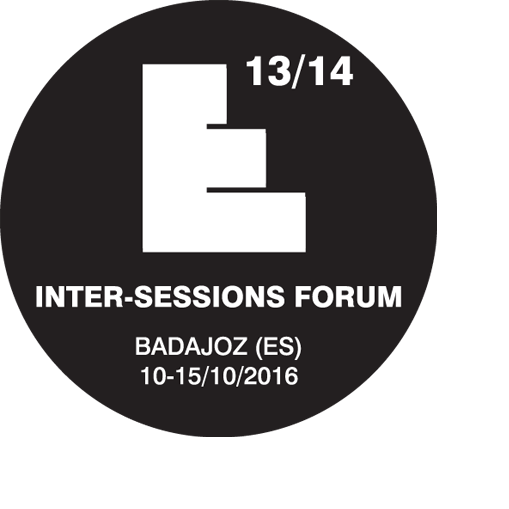 The Europan 13/14 Inter-Sessions Forum took place on October 14th and 15th, 2016, at the Palacio de Congresos Manuel Rojas in Badajoz (ES). It was preceded by a 4-day workshop with the E13 winning teams on the topic of "Architecture to the Rhythms of City and Nature". Both events –which gathered a bit more than 300 persons in total– were the occasion for the Europan 13 actors (site representatives, experts and winning teams) and the Europan 14 actors (representatives of the new sites) to meet during a shared event that closes one session to open another.

About 42 teams (78 team members) from all over Europe participated to the 4-day workshop on "Architecture to the Rhythms of City and Nature". The workshop allowed them to work together on 3 sites proposed by the Junta de Extremadura in Olivenza and Valencia de Alcántara. The participants had to combine their international skills and ideas to present several urban scenarios per site (the results of which should be published soon).
The results of the Workshop were presented on Thursday Octobre 13th, in the presence of the Mayors of both Olivenza and Valencia de Alcántara, as well as representatives of the Junta de Extremadura.

The Inter-Sessions Forum took place on October the 14th and 15th.
Octobre 14th started with a lecture by Juan Elvira (Murado & Elvira) on "Extremadura and the Productive Landscapes", followed by two lectures by members of Europan's Scientific Committee, based on the E13 results: "The Collaborative Effect" by Chris Younès, and "Negotiate as You Go Along", by Socrates Stratis. The President of the Junta de Extremadura, Mr Guillermo Fernández Vara, and the Mayor of Badajoz, Mr Francisco Javier Fragoso, also came to officially welcome all the participants.
The rest of the day focused on the E13 session and the winning projects. The ones already involved in the follow-up process were included in Working Groups to discuss the process, along with the site representatives and former winners still involved in a post-competition process. Besides, every team had the possibility to present their projects during a pecha kucha presentation.
At the end of the day, all the participants were invited at the Alcazaba for a cocktail and party.

Octobre 15th opened with a debate on the E14 topic –"Productive Cities"– with representatives of the cities of Amsterdam (NL), Brussels (BE), Barcelona (ES) and Mannheim (DE), as well as of E13 winning teams who had already treated the subject in their projects.
The rest of the day, city representatives who have proposed a site for Europan 14 met in working groups on shared topics to share ideas to improve their sites strategies, open up a discussion at the European level and finalise the issues and the sites program.
At the end of the day, an informal drink put an end to this successful Forum, which allowed every actor and participant to present their views and exchange at the European level.

Visit of the Palacio de Congresos,
a building by Selgas y Cano