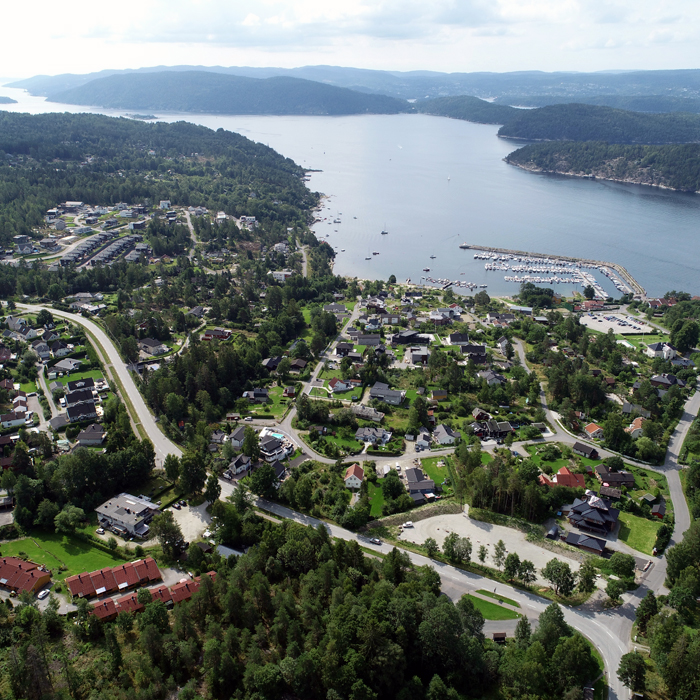 Fagerstrand is a fragmented coastal suburb, characterized by a disused industrial site, a lack of places for socialising, and a dangerous road junction, but with the potential to become a new hub along the Oslo fjord.
Due to changes in the economy, nature has reclaimed the abandoned remnants of the oil age, and turned them into woodland cathedrals and nesting sites for birds. These green pockets now form a no-man’s land between different areas earmarked for future development. Here, the municipality is looking for an innovative plan that can link the areas together to make Fagerstrand feel like one place, on nature’s terms.

Fagerstrand is designated for urban densification as a connected part of the Oslo metropolitan area. Two large development sites, one on the seafront and the other in the forest, are divided by a green corridor that stretches through the area where the centre will be located. Fagerstrand’s identity is closely tied to its intimate relationship to the sea and to the forest. How can this identity be retained as the place is transformed and intensified with urban qualities?
This site invites entrants to challenge conventions about what being central, and urban, entail. The municipality asks entrants to question how ecological processes and the built environment may help to reduce social inequalities and create a vibrant place to live for humans and non-humans alike.

Nesodden can be said to have a typical rural structure. The peninsula was once a place where people from Oslo had their holiday cabins, and up to recently a relatively scattered housing has been a feature of Nesodden’s development. The first houses were built for the industrial workers in the early 20th century, and more recently the development of residential housing has been driven by commuters. Suburban areas such as Fagerstrand do not have a typical structure with a “centre”, and their services are spread out.
The municipality of Nesodden is now preparing for Fagerstrand to become one of two priority growth areas in the municipality, as the sub urban community will accommodate 35% of the municipality’s future population growth.
Today there are natural features consisting of forests, meadows, and the coastal landscape close to the built-up areas in Fagerstrand. Strengthening and preserving the links between the forest and the sea will be an important priority. Fagerstrand needs a more coherent and compact structure in order to work well as a local centre. When developing a coherent centre and linking various development sites together, the municipality is looking to use architecture as the tool to explore how ecological processes and urban development can help to reduce social inequalities and create a viable, sustainable centre for all kinds of life.
Nesodden municipality wants to bring nature into the heart of the community and find new ways of thinking about how to invite nature in, so as to reunite people and their lives with the countryside around them. Green corridors that are rich in biodiversity should be used to strengthen the links between the inhabitants and the countryside, the forest and the fjord. The development process shall provide spaces for a rich variety of local species of fauna and flora, protect bird life, and attract pollinating insects.
Fagerstrand is an urban area in a rural setting, and this quality shall be kept while at the same time creating urban qualities and facilities. It shall be developed on nature’s terms, and in a way that prioritises human well-being and lives. 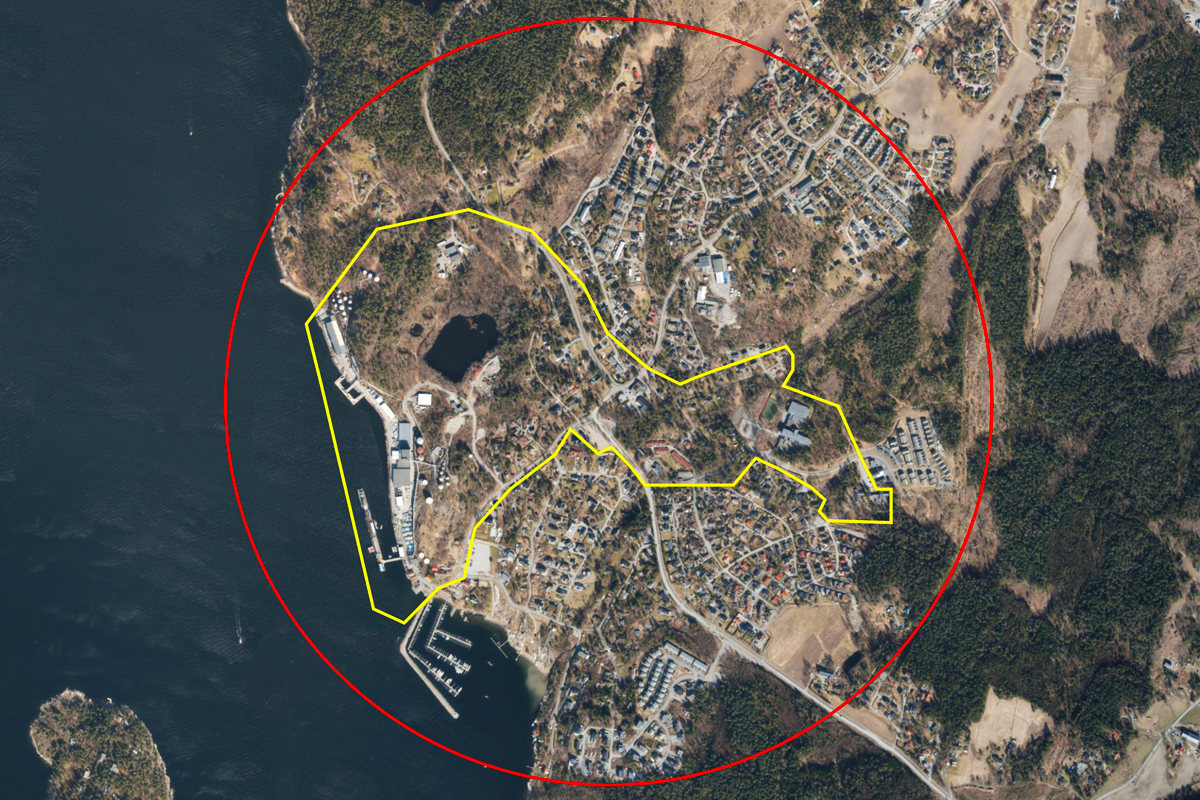 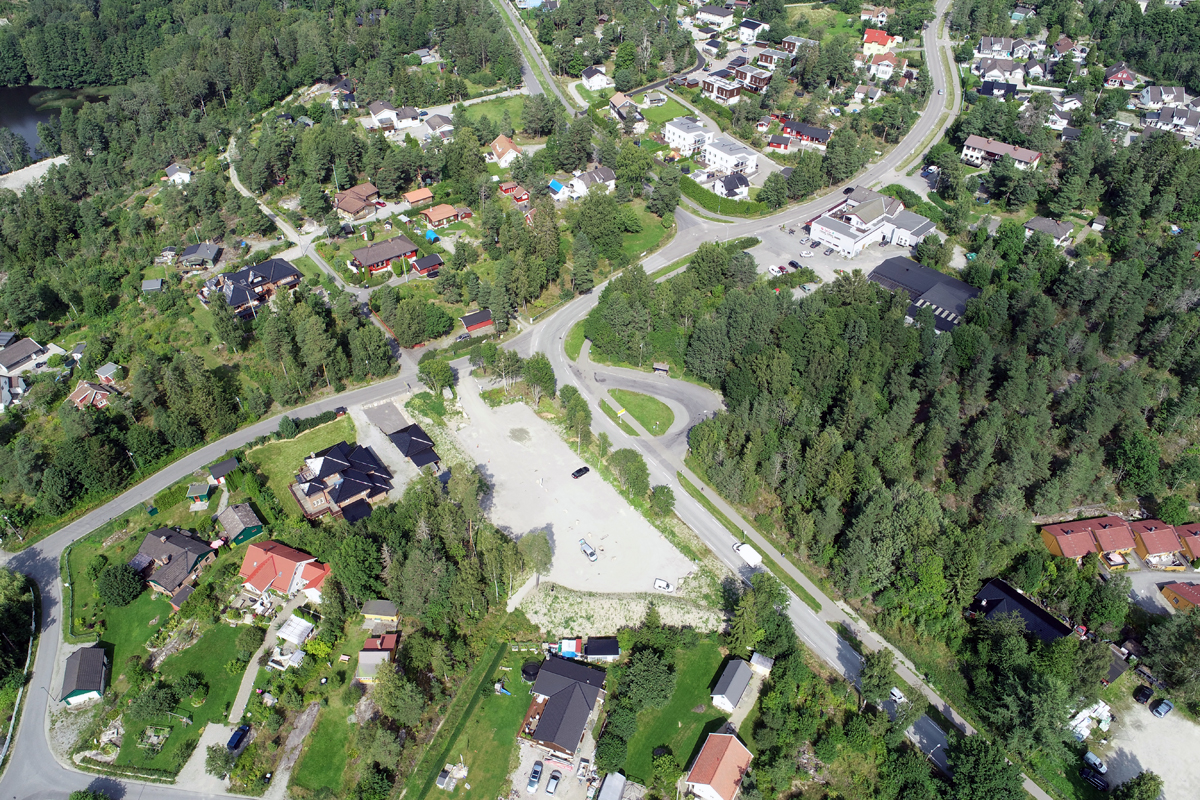 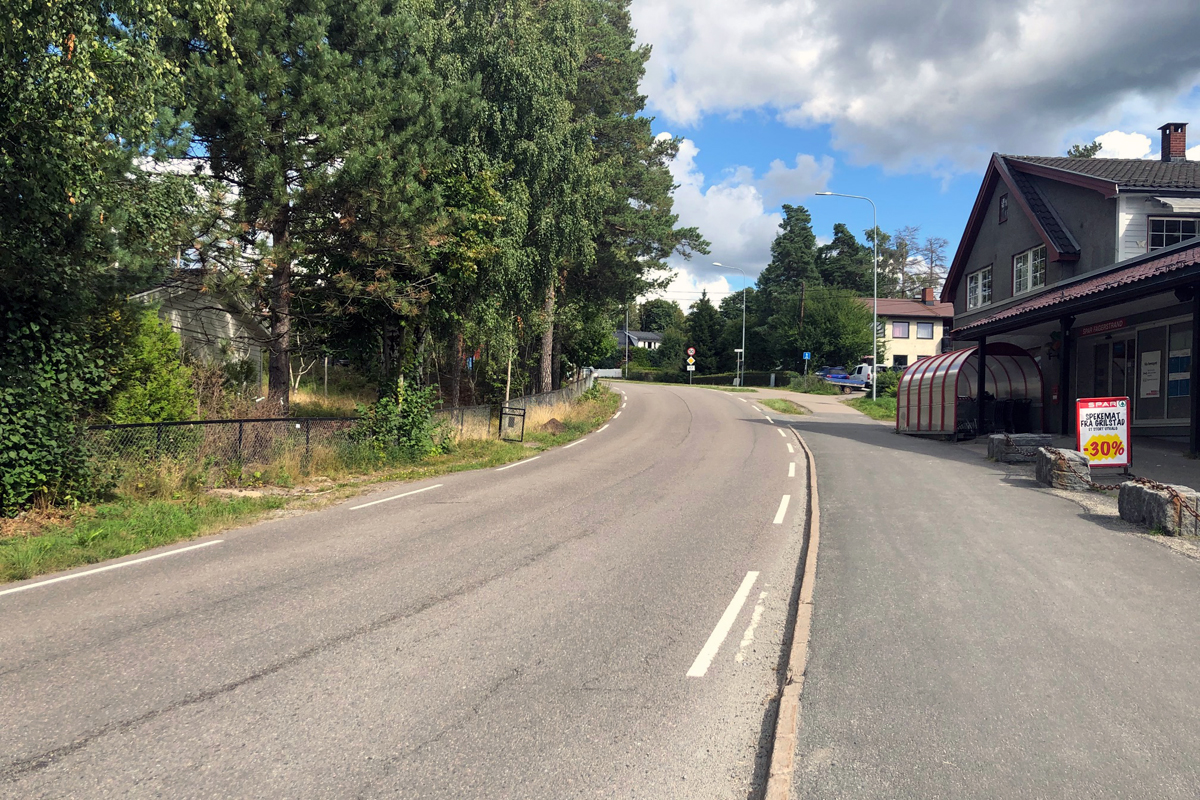 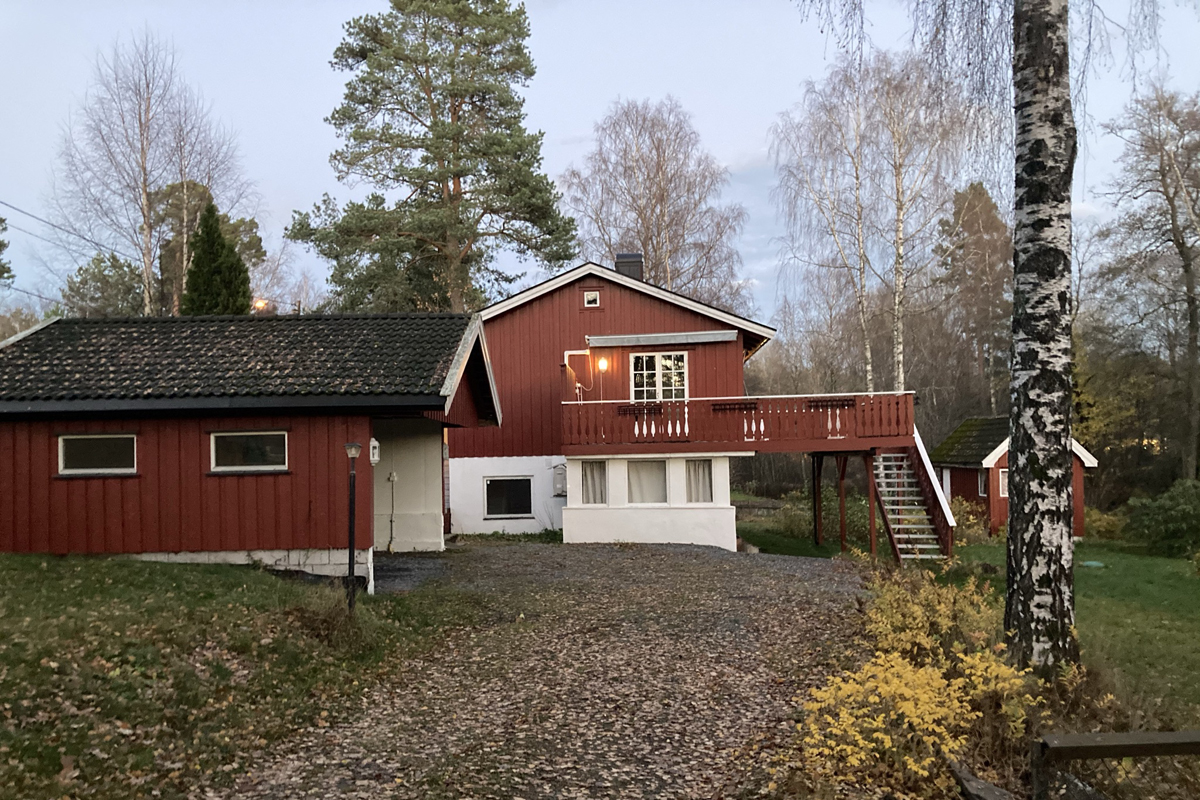 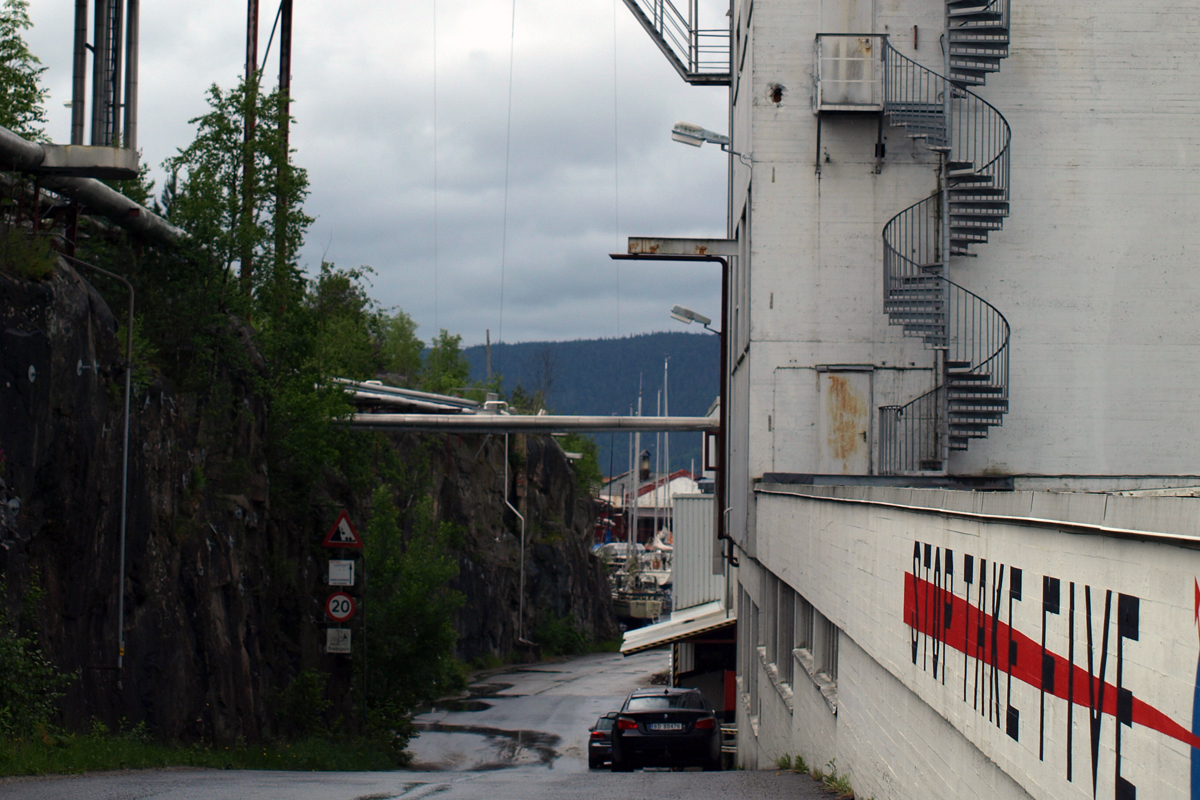 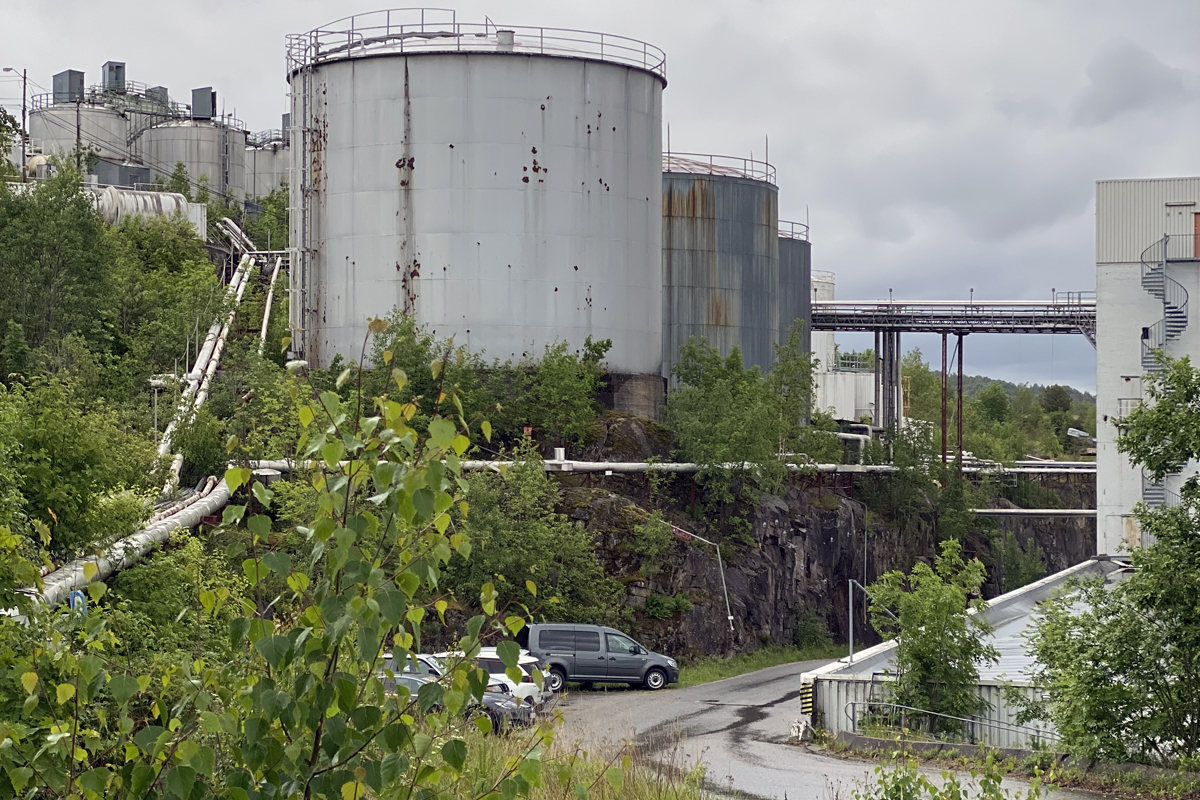