Commission after competition urban studies for the municipality

Currently in planning, the Nobel railway line will be a new fast train between Stockholm and Oslo, connecting the two capitals where the Nobel Prize is awarded every year, shortening the travel time to less than three hours. A new station for the Nobel railway line is proposed in Karlskoga. Faster commuting opportunities and accessibility will provide great benefits for business and economy, but also for Karlskoga as an attractive place to live.
The station and the travel-hub is located in the south part of the town and the area will be developed into a mixed use and residential district, connected to the rest of Karlskoga and the nature around it. The aim for the district is to be well designed, logistically smooth, and environmentally at the forefront.
The area shall contain many urban functions such as multi-family houses, offices and different functions such as production facilities, schools, shops, various services and parks.

The town of Karlskoga is placed in a region largely covered by forests and and the area contains many rivers and lakes. It is also set within the heart of Sweden’s historical iron production district. Karlskoga was the home of the industrialist Alfred Nobel and the company Bofors, once Sweden’s largest iron producer. Today, Karlskoga is again a growing town with an expanding and more diversified industrial sector.
The competition area is placed on the western side of lake Möckeln, and its shore contributes to the unique character of the cultural landscape. Today, the area contains mostly nature and agricultural land. The land is owned by the municipality.
A study of the future location for the Nobel railway line points out the proposed site connected with a bridge over lake Möckeln and a station directly south of Storängen shopping area. The bridge may double as a future pass-by of the E18 motorway.

The ambition of the municipality of Karlskoga is to build a district around the new station for future generations, to create a place that people will be proud of for a long time and where sustainability is a key aspect in terms of social, economic, technological and environmental aspects. The municipality considers sustainability as primarily aiming at achieving qualities that will last for a very long time.
As sound and carefully designed external and internal environments affect people’s health and well-being positively, the municipality must build with technical and architectural quality, using material and methods with low energy and carbon emissions, low heat consumption and with a smart infrastructure.
A sustainable development must also consider its relationship to the landscape. Nature has a great social significance and is also very important from an ecological perspective.
The station district shall connect to the other areas of the town. A well-connected area also benefits accessibility and safety for all. Both the road network and layout of buildings contribute to this.
Pedestrian and bicycle routes within the area and their connections to existing network must be shown. The environment around the pedestrian and bicycle lanes must be inviting, exciting and varied for all people in the area.
The “Convention on the Rights of the Child” has a strong judicial standing and status as Swedish law. The design of the area must take into consideration the best interest of children.
The competition proposal shall demonstrate how aspects of gender equality are considered.
Ideas for handling surface water shall be explained.

What’s the height of the bridge at each point along the study site?

The final decision about the exact track position including track height is not made yet. At the earliest it could be set late 2022, probably later. So we have to plan from the study that the municipalities ordered a couple of years ago for their strategic planning. In the additional study that White architect made in 2019 both track heights and ground heights are shown. See that as an upper level for the track height. West of the proposed station area is the highway and west of that a ridge. Therefor it does not seem realistic that that the track height would be as low as ground level. We can´t be more specific at this moment.

Can we modify the path of the highway/train rails or is it set in stone?

As explained in the answer above the exact track position including track height is not made yet. So the location can be slightly modified, most obvious to the north or the south. There can however not be any bends on the railway track since the trains must pass at a speed of 250 km/h.

Can we intervene and modify the planning (roads, accesses…) around the station?

In principle roads, access etc can be modified. The White study shows just an example that you don´t need to follow. To change the position of the existing national highway might be challenging though, but not impossible if you can come up with a creative solution.

How can we access the raw databases of Karlskoga interactive map from the following address as CSV, GEOJSON or Shp format ? Could you share this opendata with us in order to have a more precise understanding of the city? https://karlskogakartan.karlskoga.se/webmap/

The maps that Karlskoga municipality can provide are from Lantmäteriet

What’s the expected density of a new piece of city in a place like this?

Can Karlskoga be considered as a touristic venue ?

Where do people meet in this town to share? Where are the activated places? Where does the sense of community come from?

The city center is the most obvious place when it comes to dining or grabbing a coffee or a beer. But in general it´s spread all over town. Associations are very common in Sweden and even more I Karlskoga, so where you meet depends on your interests. The events that gathers most people are sports o different kinds, foremost ice hockey, football and swimming. During summer the beaches are well visited. There is a nice little swimming beach within the competition area.

Is there any specific architectural heritage in the town ? How to define it ? What kind of dialogue is held by the existing buildings with the environment ?

That would be “Houses I park environment”, where public green spaces is seamless integrated in private residential property’s outdoor environment. This architecture profile was created in the 1930´s  and quite common in to the early 1960´s. Some of those areas has later been densified.

What are the construction materials accessible in proximity to the project site?

There´s a modern saw mill in Karlskoga so the obvious answer is wood. There might be nearby suppliers of other materials as well, but none in Karlskoga though. As far as we know. 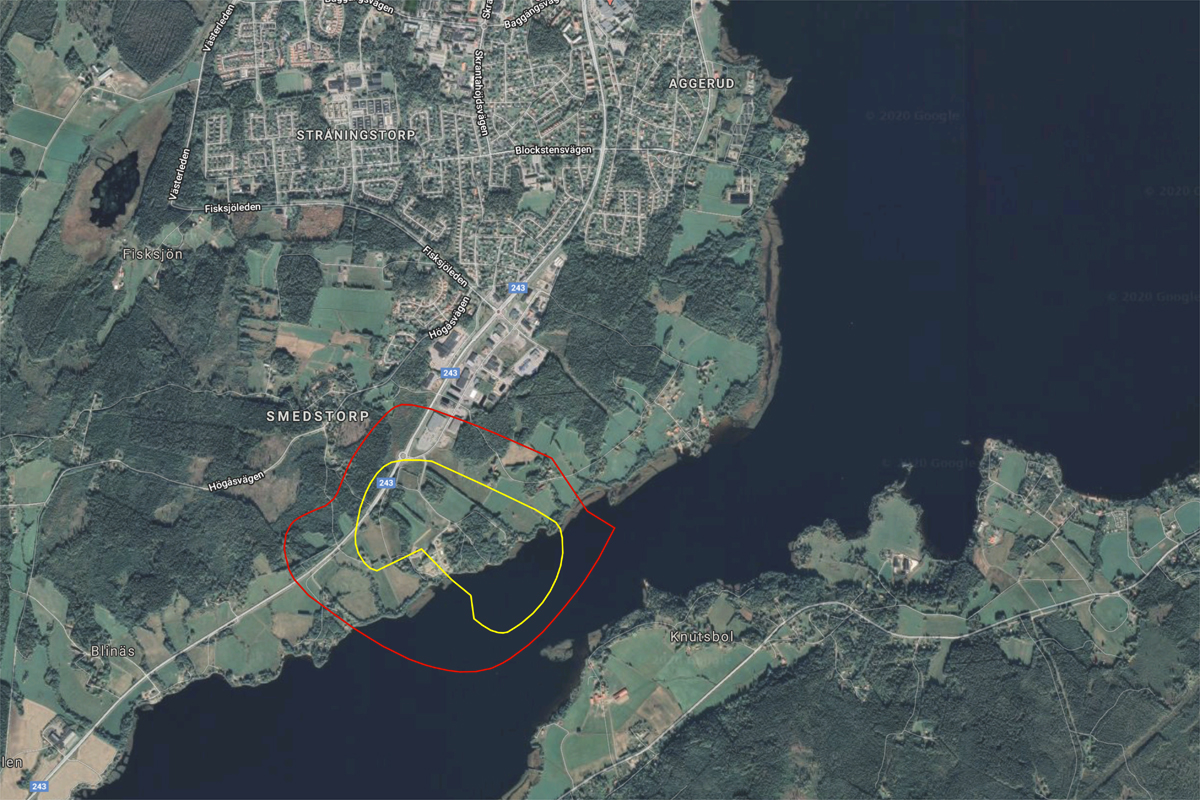 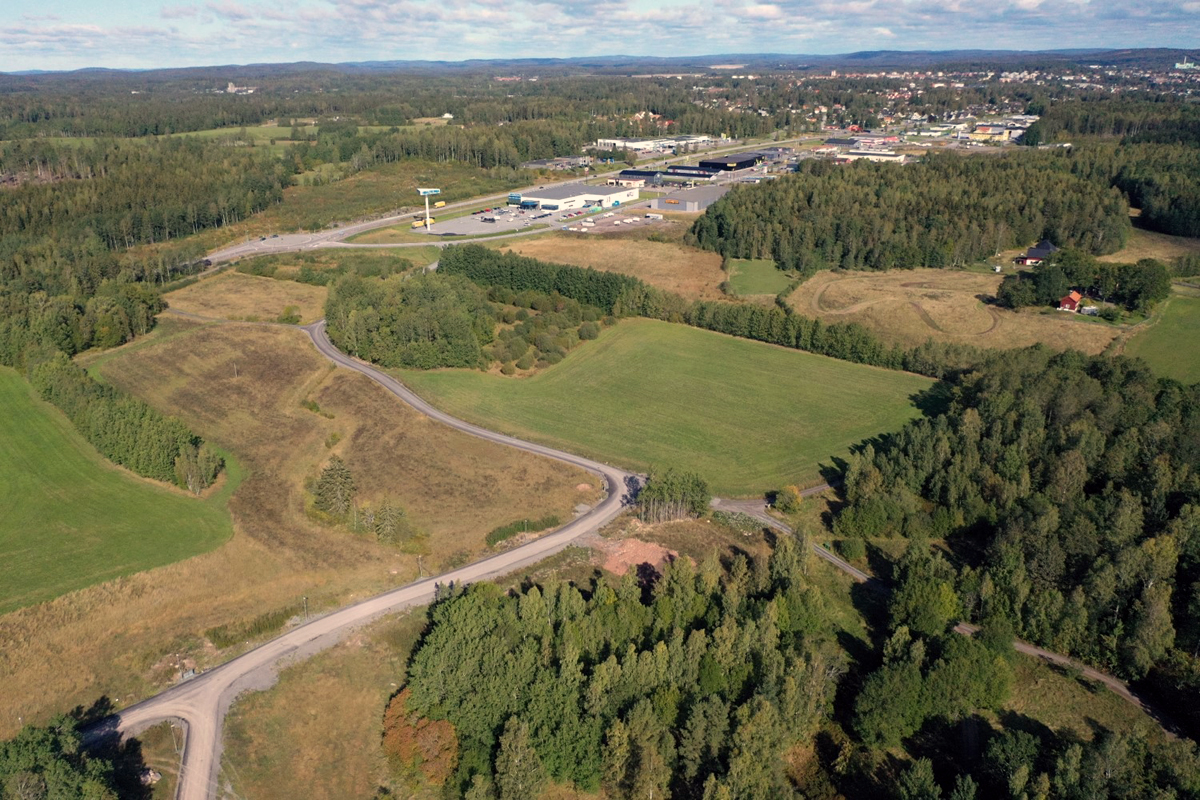 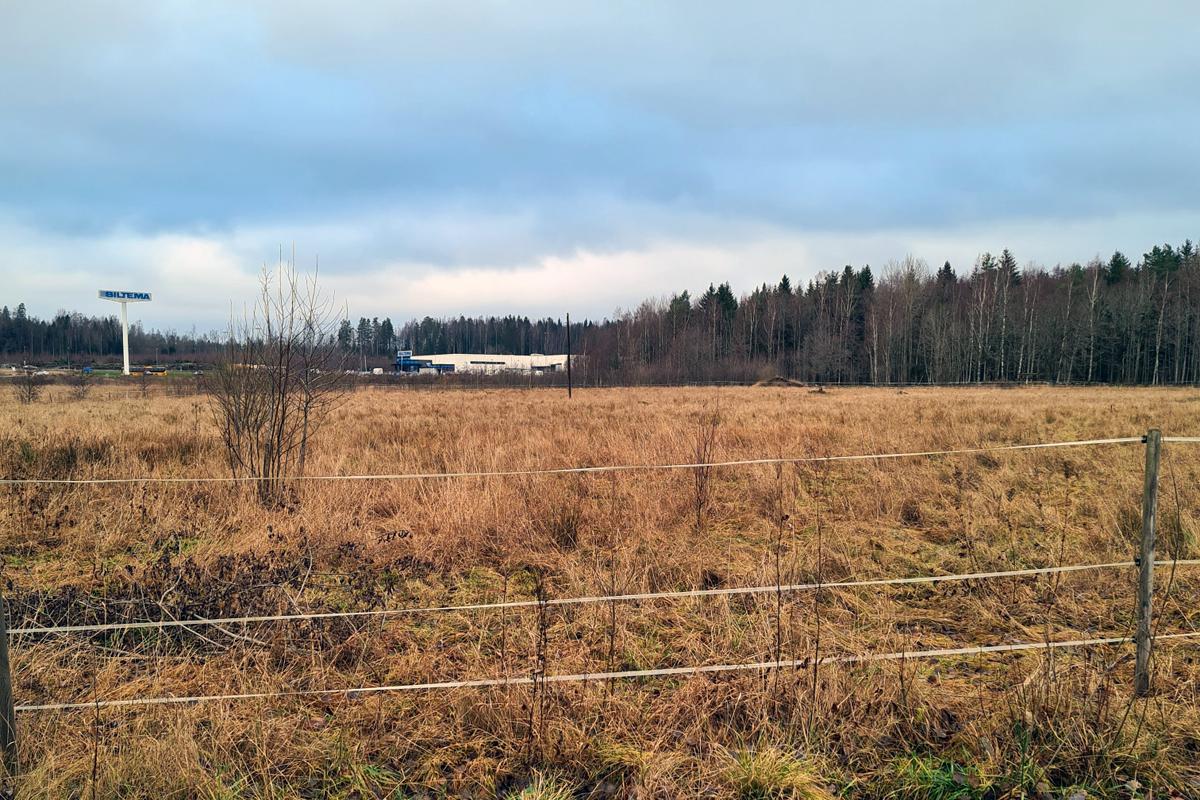 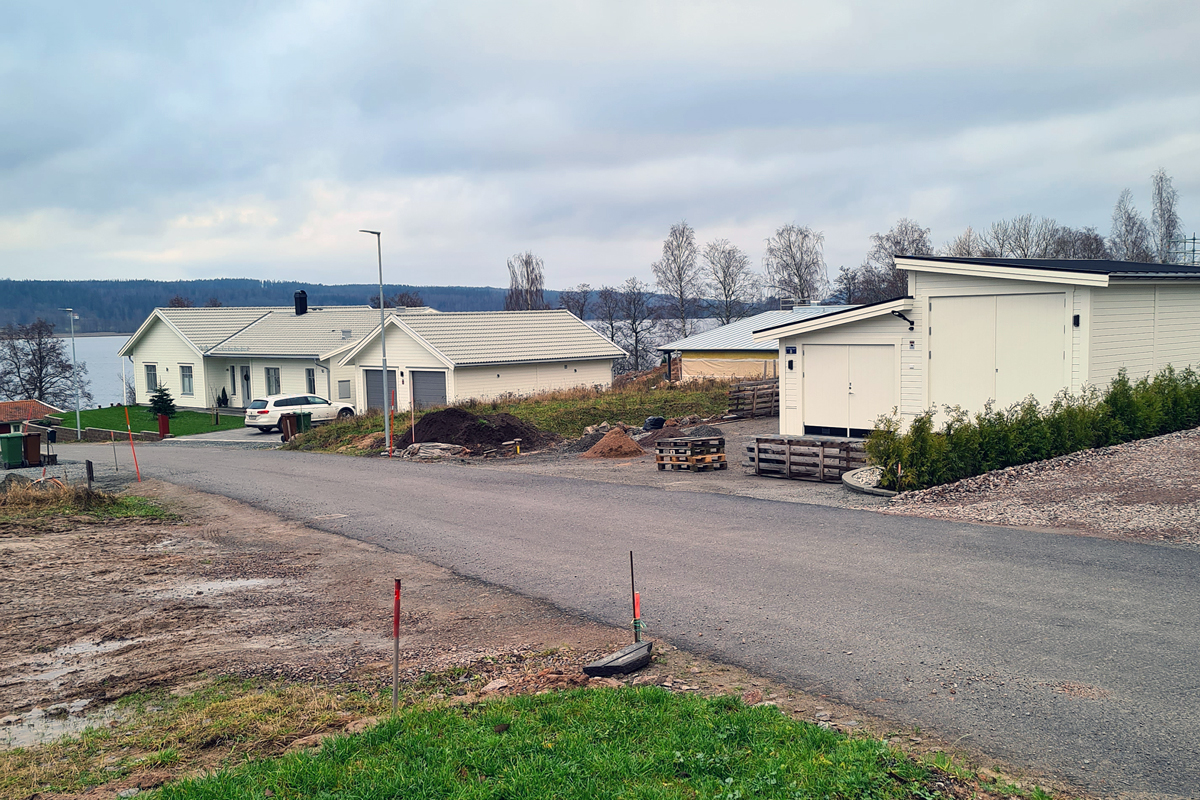 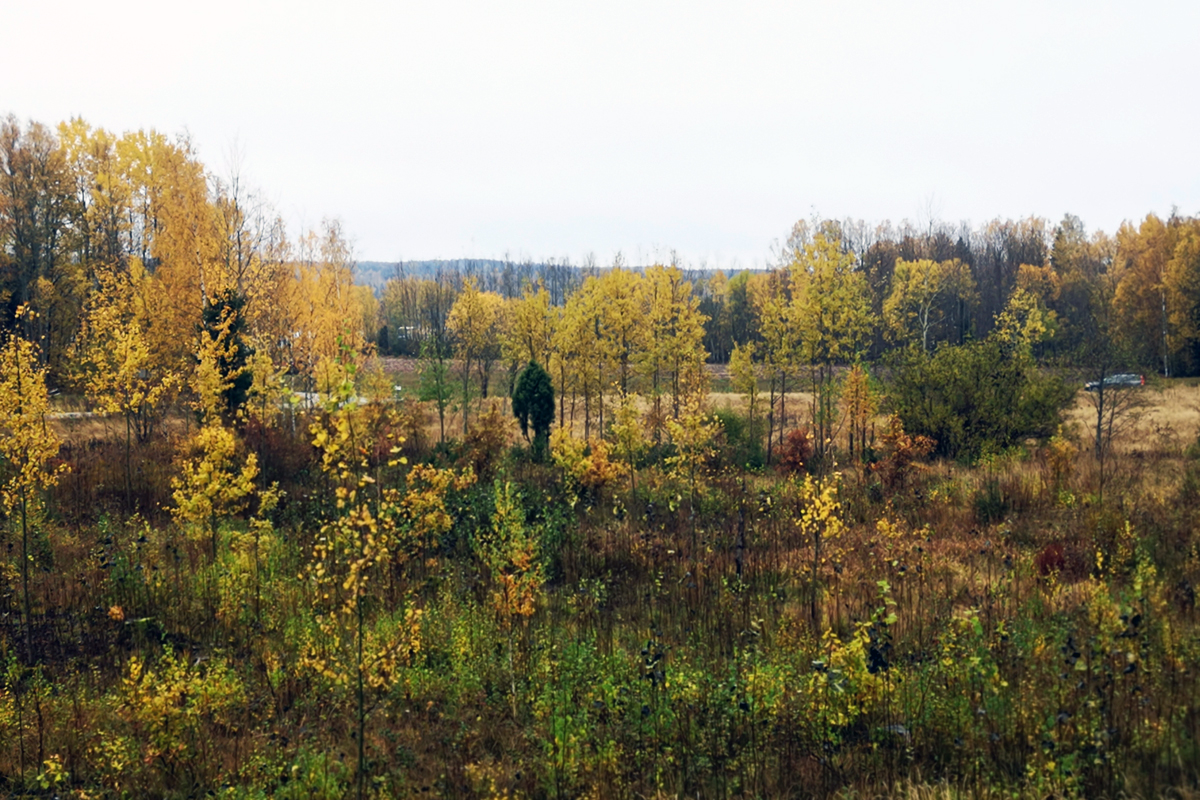