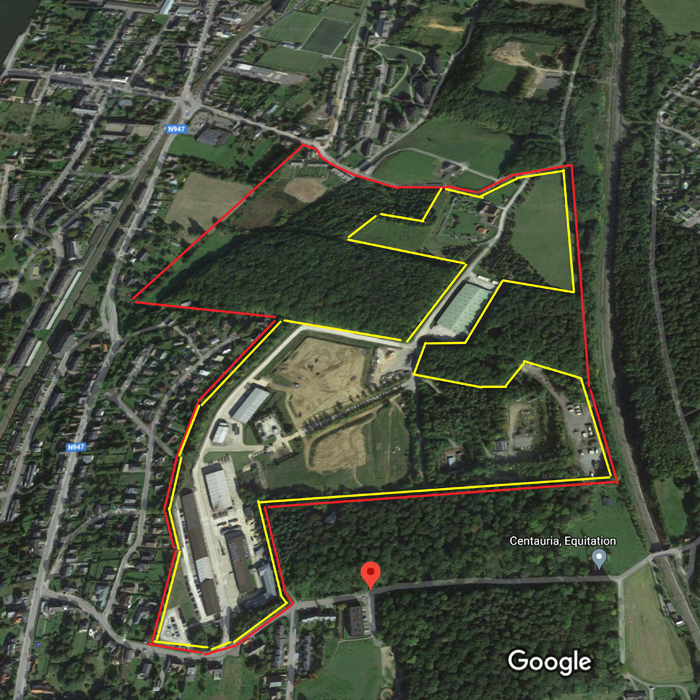 The landscape of Namur, capital of Walloon Region, is marked by the confluence of two rivers, the Meuse and the Sambre, drawing two valleys at the crossroads of which stands the fortress of Grognon. Facing it, the plain of Jambes develops a varied urbanization, between large urban complexes and single-family dwellings. Two railroads crisscross the lands- cape, one at the water’s edge, the other on the hillsides.
The Sart Hulet site is located on the slopes of these hills. The view of the Grognon and the rich buildings that have been established there, offers a picturesque lands- cape of great interest. It houses a military infrastructure intended for the training of young soldiers in military engineering. The techniques of construction of buildings, engineering structures, heavy or light infrastructures, etc. were taught there. This teaching was divided between theoretical courses and practical works requiring important infrastructures. Some of the practical works left all kinds of constructions, within the forest nature, generating original biotopes. A Museum of Engineering completed these infrastructures, in order to testify to the public the inventive- ness and the creativity of the military engineering.

Neither rural nor urban, this site is an in-between. Close to the urban developments in the plain of Jambe, and distant by its land- scape characteristics, the site of Sart Hulet offers the opportunity of an original urban development, associating the strength of the landscape to the future buildings morphology, whose economy and ecology will take care to lean on the existing one to suggest intelligent re-employments.
The diversity of the constructions, their size, their constructive qualities (military means), and the amplitude of their structures, offer a wide range of programmatic possibilities, from housing, to productive activities, passing by micro agriculture, breeding, sport, leisure, etc. The city vision is to create beyond Public Housing, a «Planet- Bike» with at least a «velodrome» on the site. It is therefore a whole model of living in a community that must be reinvented from the traces of the past by proposing balances based on the development forces at work in the Walloon capital, while respecting and creating links with the neighboring habitat. But beyond the forms, it is above all a process of appropriation of the site that must be proposed, leaving to time the force of organic arbitrations associating nature with the culture of buildings and the landscape.

The site contains several constructions and buildings whose sanitary and structural condition is gene- rally good to very good. It is desirable to preserve and rehabilitate as many of them as possible in an eco-responsible approach aiming to limit grey energy losses to a minimum.
The majority of the concrete or brick buildings house ateliers or garages on the ground floor, and classrooms or offices on the first floor (no building exceeds the ground floor + 1).
A hangar of more than 5000m2 completely insulated, concrete mechanical ateliers, a fuel distribution station (potential pollution?), or a Génie Museum integrated in an former agricultural farm, complete this astonishing set.
What to do with this site overlooking the plain of Jambes? How to recover and enhance the existing buildings? How to create living ecological continuities beyond the landscape ruptures? Given the available space and the wooded character of certain parts of the site, what recreational activities could potentially complement productive activities of a community nature? What housing model on this site where the public interest predominates with a share of public housings to be proposed by the candidates? 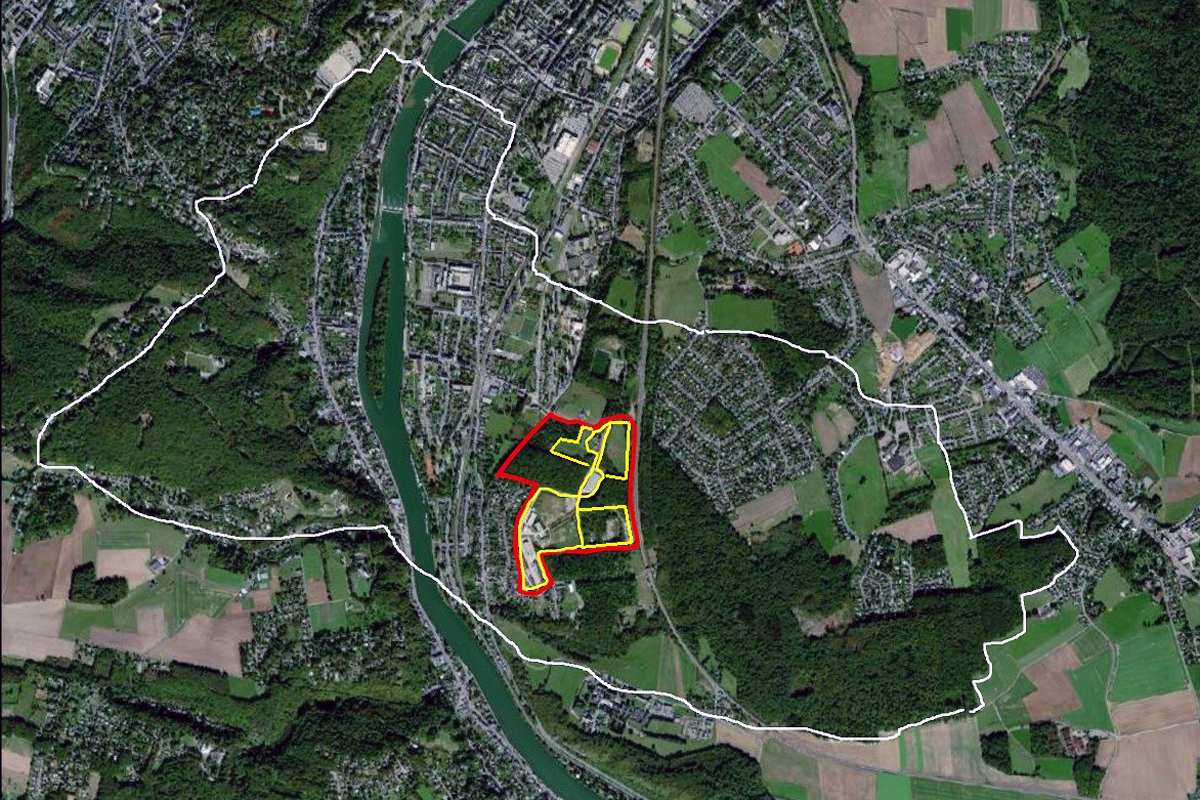 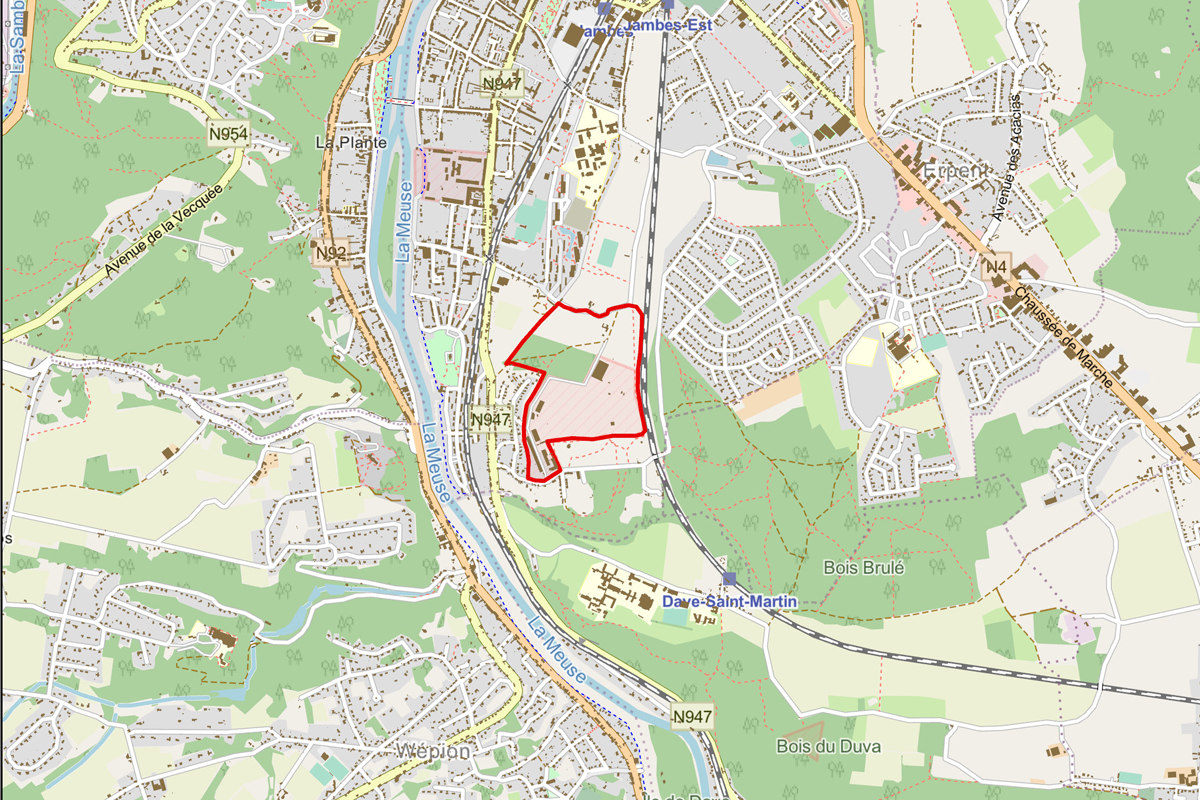 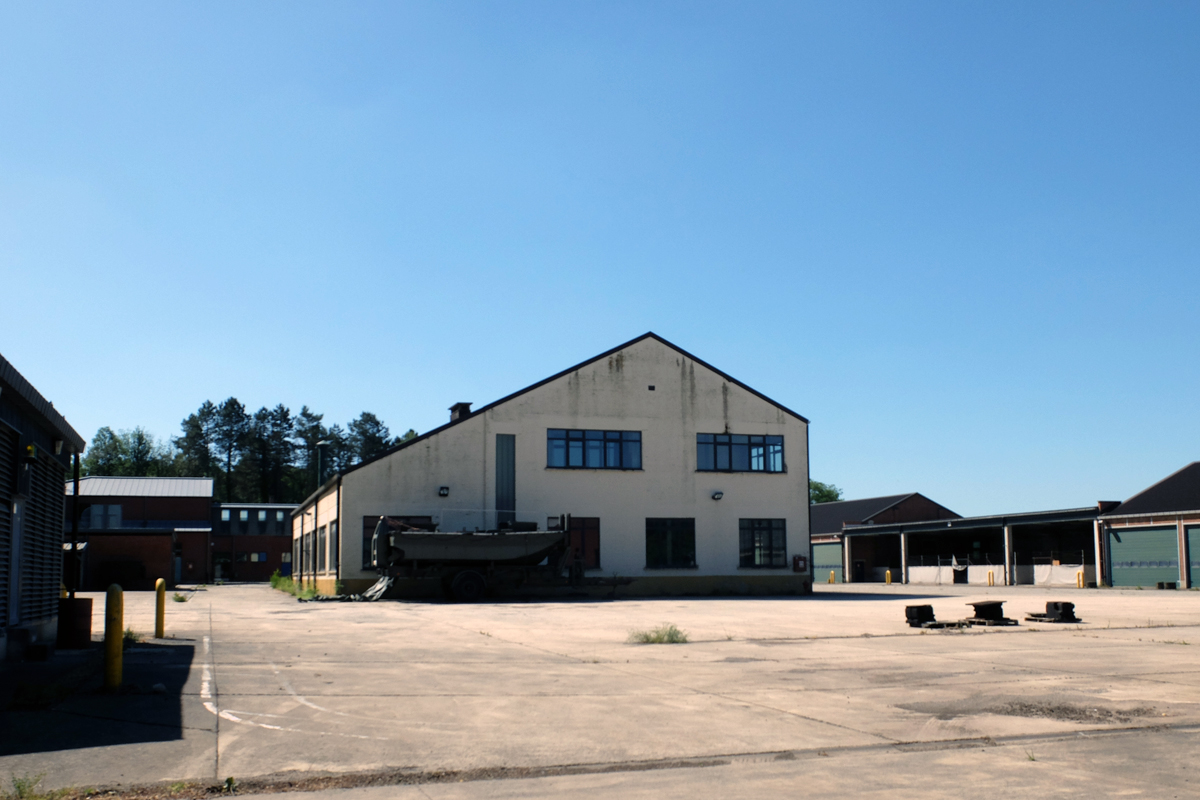 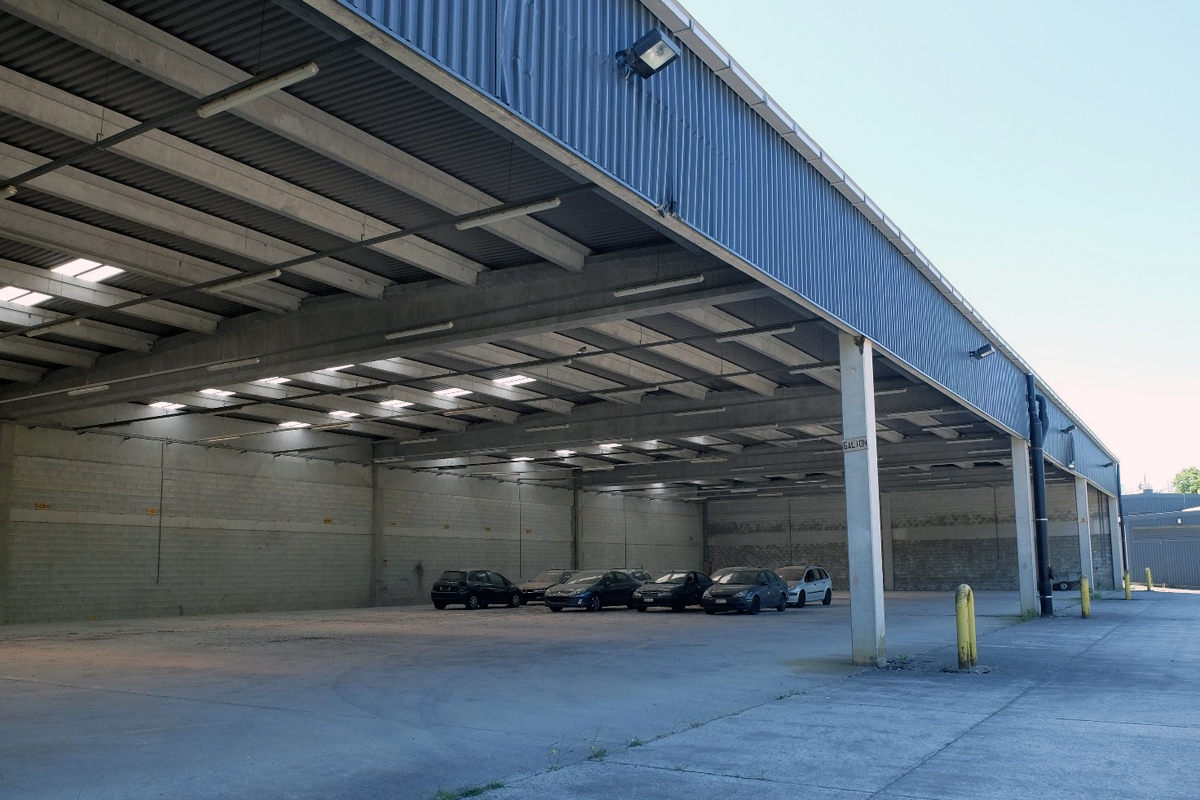 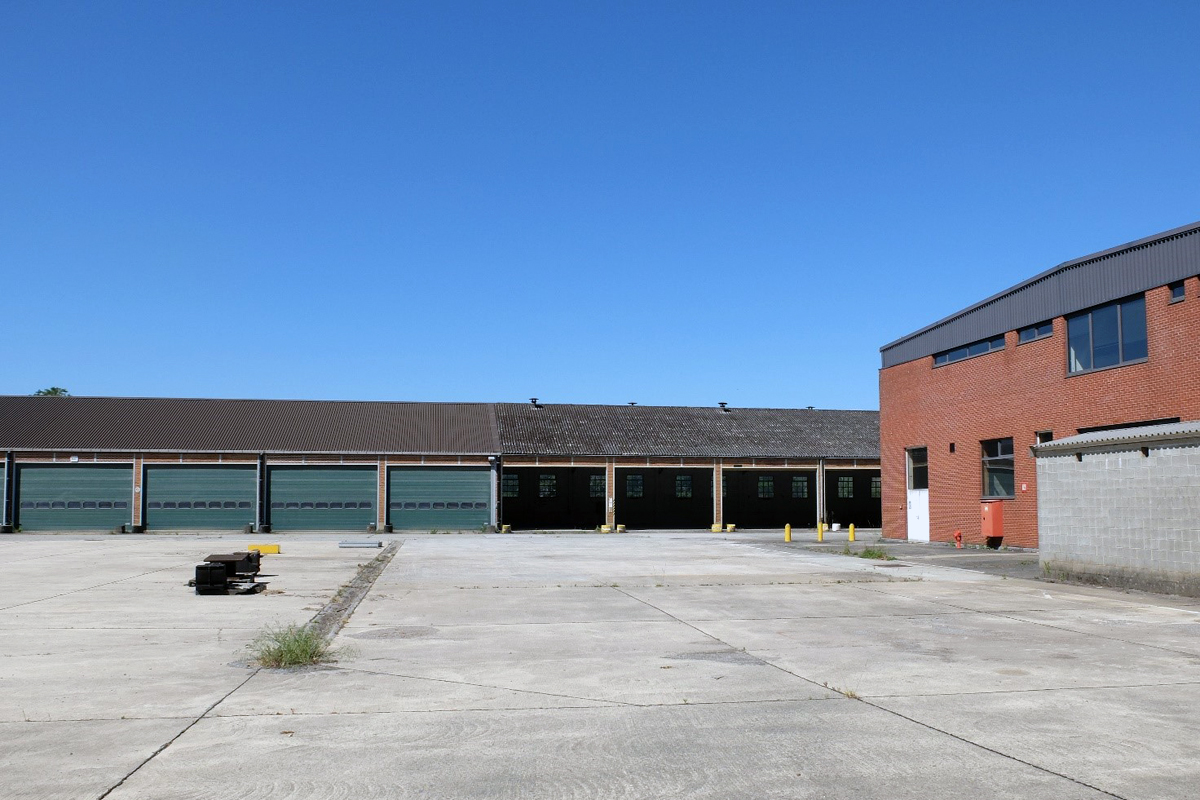 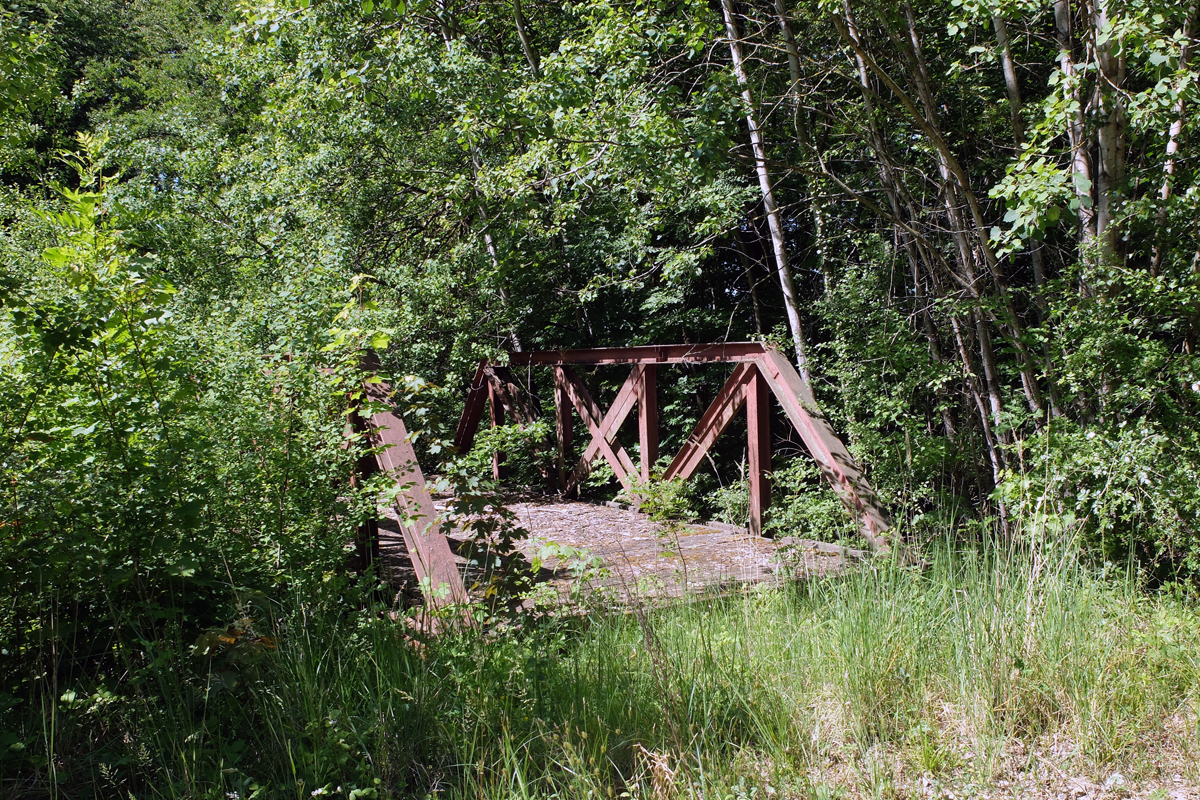