A Man Never Steps Twice in the Same River 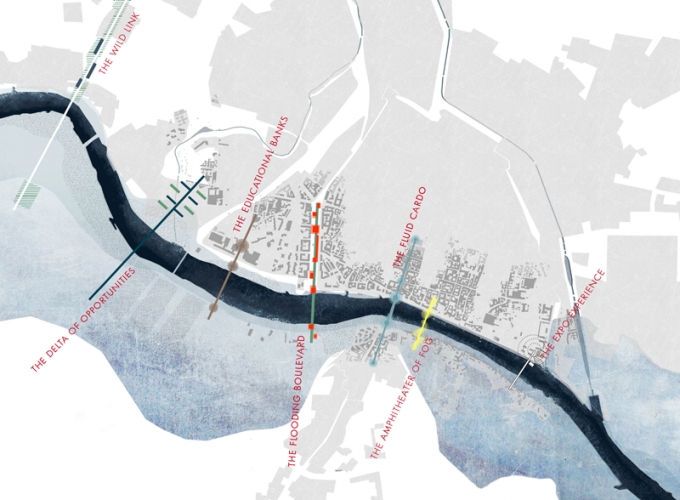 For this scenario based on natural and urban rhythms, the team analysed the potential connections between city and river to point out 7 strong links crossing the river that might be interesting to activate, structuring the Ticino as the new spine of the urban territory.
The first link on the West –“The Wild Link”– proposes to link the campus to the river, studying the possibilities in times of floods or low water level. The second link –“The Delta of Opportunities”–, at the mouth of a small tributary river, is the occasion to proposer a renaturation of the surrounding districts. “The Educational Banks” turns to educative uses in link with schools and oriented towards the knowledge of the natural environments. “The Natural Boulevard” studies the penetration of water in the city during periods of flooding and imagines scenarios of use of the public space according to the water level. The 5th link –“The Fluid Cardo”– plays on the variations of the day-and-night cycle to make the presence of the river more sensitive and visible until the city centre. “The Amphitheatre of Fog” –the 6th link– works on a variation of seasonal atmospheres given by the river, between summer and winter; the presence of fog is the occasion to propose uses linked to live performances. Last but not least, “The Expo Experience”, located on the East, imagines activation through the setting up of temporary and sustainable structures turning the river into an exhibition stage. 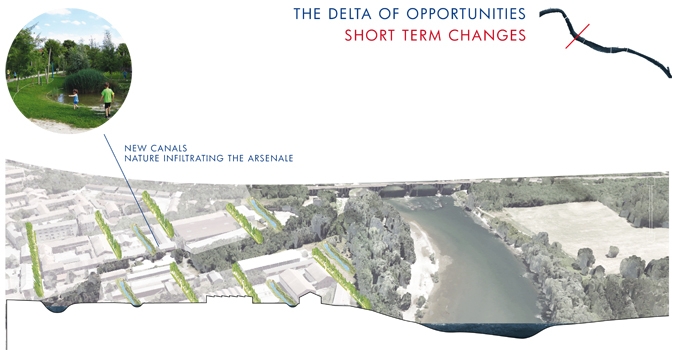 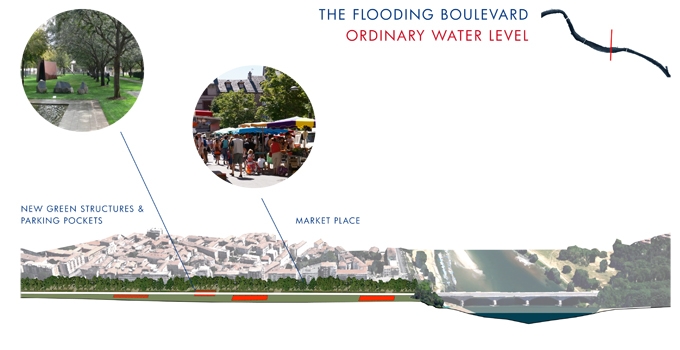