The first scenario is less a project in the traditional meaning of the word than an exploratory process starting from the place to imagine micro-interventions. Instead of building new elements, the issue here is to reveal the existing. The team members paid attention to the uses to propose a walk of two hours and forty minutes along the river as well as a series of pictures showing the diversity of already existing situations. This list of uses is presented as a diagram. A second scheme nevertheless invites to insert new programs based on the potential uses of the places. Those interventions vary from re-use, to cleaning, to light reconnections to set up. 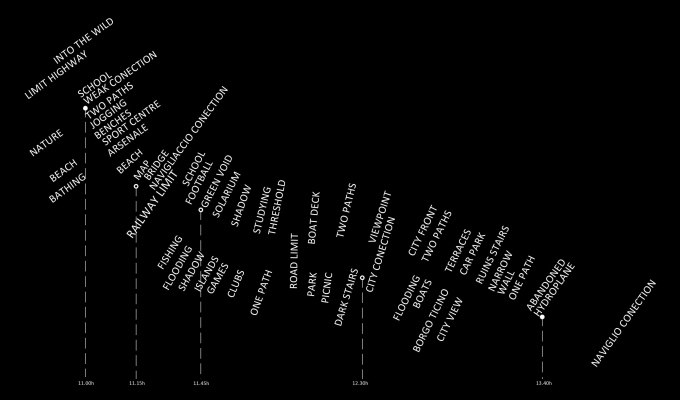 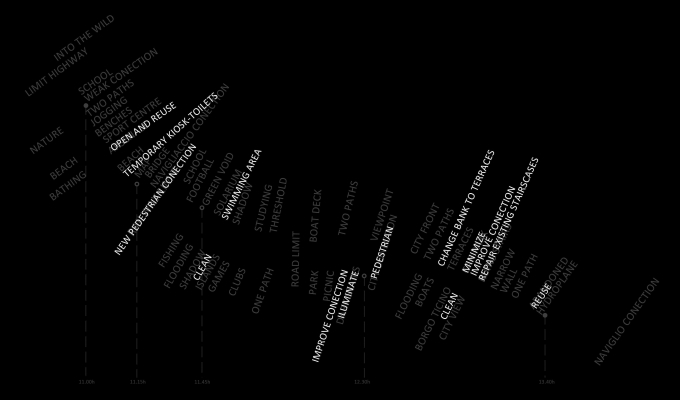