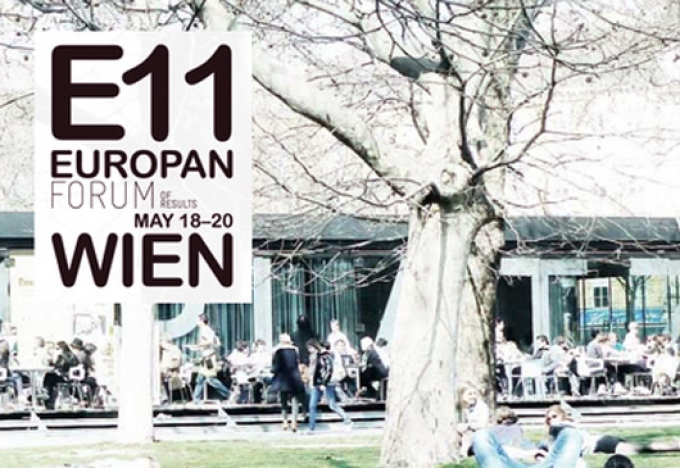 The Forum of Results, the European meeting of the site representatives and the prize-winning teams of the 11th Europan session, is an important time for reflection around the prize-winning projects on the theme Resonance between territories and ways of life - What architectures for sustainable cities?
From the 95 prize-winning projects –analysed by the members of the European Scientific and Technical Committees– emerged a powerful idea on the question of RECONNECTIONS, or how to articulate what is separate and connect what is disjoint.
The Forum of Results focused on the one hand on the results of the session (exhibition, publication, experts analyses and workshops on how to produce a scenario adapted to the hosting city) and on the other hand on the implementation processes following the competition (lectures, debates, urban visits).
It was the ending moment of the 11th session of the Europan competition that kept its promises attracting many European candidates and aroused a two-year reflection on innovation in architecture and urbanism at the European scale.

Vienna University of Technology, 9:00: the representatives of the city of Vienna and the teams of Europan Europe and Europan Austria welcomed the young professionals awarded at the 11th Europan competition for the “RECONNECTIONS” workshop. The awarded teams were then dispatched following the main themes developed within their winning projects, divided into 5 families and put in relation with modification proposals of five sites suggested by the city of Vienna.

The laureates had four days to produce two different urban scenarios for the sites they were submitted, offering strategic visions on the theme and context. Each group received the support of a coach, member of the European Technical Committee, and experts to help them build their scenarios.
The themes?
“Reshaping Shared Spaces”, “Reconnecting With Uses”, “Cultural Interferences”, “Common Resources and Mutation”, “Rhythms and Timeframes”.
Who were their coaches?
Bernd Vlay and Lina Streeruwitz (architects, Vienna), David Franco (architect and teacher, Madrid), Jens Metz (architect, urbanist and teacher, Berlin), Thomas Nouailler (architect, Paris), Stéphane Bonzani (architect and teacher, Paris)
The game?
Introducing a new type of public space in a mixed area interfering with a public park - Transforming an array of isolated fragments to an intensified area of mixed uses - Designing an urban coherency for the new development in reference to the existing culture of the place: leisure and spa - Interwieving the natural resources of flowerfields and a waterbath with a new dense housing district - Dynamizing a hybrid area by creating rhythms in the uses of spaces, introducing time in the process of mutation

Five buses brought the teams, coaches and representatives of the city of Vienna from the University to the five sites: the Main Station Area, the Adaklaaer Strasse Area, the Oberlaa Area, the Berresgasse Area and the Atzgersdorf Area.
Then followed the first lunch and informal meeting, as this is also what Europan is about!

The groups went back to work in the afternoon –three of them in a room and the other two in another one–, going on analysing the sites. The different nationalities and points of view shared thoughts on the contemporary evolution of urban production. At the end of day ideas got sharper, two scenarios aroused (as expected and to the experts’ delight) and the teams were delighted after their first working day (yes, they told us so!)

The teams got up early to go back to the University. The day after the scenarios were to be discussed for the first time with the representatives of the city of Vienna and then for a second time on Friday with the other participants to the Forum. Everyone ended up working late to be ready for the presentation the day after. And remained delighted (yes, again, they told us so!)

The teams met with the five representatives of the city of Vienna who listened carefully to the presentation of the different scenarios, reacted on the proposals, criticized and assessed them, contextualized, brought their expertise and points of view… The team worked hard on this and had to keep up with the good work for the presentation of the scenarios during the Forum. And so were they back to work.

Last day of the workshop before the beginning of the Forum which was to gather the persons responsible for 49 sites, the 17 Europan national structures and more than 200 prize-winning young professionals; the first day of Forum was dedicated to the presentation and discussion of the winning projects and scenarios.
While the young architects and their coaches went on working, the member of Europan’s Scientific Committee arrived from Amsterdam, Madrid, France, London, Cyprus… and joined us at the University for a preparatory meeting of the Forum.
The exhibitions of the Results of this session and Europan’s 2008-2012 Implementations had just been installed at the Semperdepot, the beautiful location that held the two days of the Europan’s 2012 Forum of Results. Built in 1874-1877 by architect Gottfried Semper, this former Imperial Court warehouse for theatre props and sceneries hosts nowadays the studio of Vienna’s Academy of Fine Arts.

Morning: Discovery of the Semperdepot for the participants coming to register. In the meantime, Europan’s national secretaries were meeting to discuss the 12th session, the theme of which was –finally– to be revealed during the Forum: Adaptable City.
Afternoon: Thomas Sievert and Klaus Kada, President of Europan Austria, opened the Forum with a speech on the contribution of Europan, the persons responsible for the sites and the young architects on the construction of our contemporary European cities. All the participants then met for lunch.

It was then time for 10 micro workshops-debates. Their goal was to lead a reflection on the means to strengthen the innovating practices and processes around two strategic topics for Europan: on the one hand, how to approach a project with multiple parties and on the other hand how to exhort transnational practices. Each “micro workshop” –composed of site and Europan representatives, prize-winning teams and experts– was the occasion for the cities and the young teams from different countries to confront their points of view at a European scale. These “workshops” produced proposals from the participants’ experiences and ideas. Representatives of the EFAP, the European Forum for Architectural Policies, had been invited for this occasion.

While the moderators were preparing their conclusions on the group discussions –which were to be presented at a late afternoon debate–, Chris Younes and Kristiaan Borret, members of Europan’s Scientific Committee, introduce the restitution of the Vienna workshop under the headings of “eco-friendly city” and “inhabited city”. The coaches then presented the themes for this workshop, before the participants of the 85 winning teams who took part at the “RECONNECTIONS” workshop did the same with their works, followed by the reactions of the representatives of the city of Vienna.

The day ended up with the presentation of the micro-workshop proposals, the conclusions of which are soon to be published on the website.

Two lectures-debates ran parallel in the morning and then in the afternoon as multiple occasions to think on the implementation processes through the exchange of points of view between urban developers and teams that were awarded at Europan 11 and earlier.

Classified around four themes (“Inventing Typologies to Multiply the Uses”, “Connecting by Shared Spaces”, “Fluid City/Porous Fabric” and “Reconcile Density and Individualised Housing”) the selected implementations from previous sessions illustrated innovative processes at different stages (urban or architectural study, work in progress, 2nd phase of the implementation…) in the long journey from idea to implementation in the context of real urban conditions. These negotiated projects processes questioned the strategic approaches of urban projects and attested of Europan exemplary practices.

In the evening, everyone met at the WUK (Werkstätten- und Kulturhaus), an independent self-run cultural centre located in a former locomotive factory where art meets politics and social work; this was the occasion for an informal and festive meeting with live music by Attwenger, followed by a DJ set.

Sunday morning at the Semperdepot, Christoph Luchsinger, Professor of Urban Development and Design at the Vienna University of Technology, presented the urban policy of the city of Vienna over the centuries, under the motto (and the tones) of the “Tales from the Vienna Woods”. Then followed a series of urban and architectural tours guided by experts through some emblematic implementations of the transformation of Vienna’s neighbourhoods: the “Hauptbahnhof”, the under construction Europan 9 project “Oase 22” and “Danaucity”.

The program ended up at 14:00 and everyone –of course– got the blues for leaving, asking themselves when will the next Europan session take place!

The Forum was also the occasion for the publications of different catalogues: the Europan E11, European Results Book, around the theme “RECONNECTIONS” and presenting the 95 prize-winning projects accompanied by analyses by European experts; and IDEAS CHANGING - Europan Implementation 2008-2012, that looks at the implementation processes arising from the four previous competitions.