A new way to qualify the sites based on the scale(s) of the projects expected by the site representatives and answering the participants' expectations for more diversity of site scales. 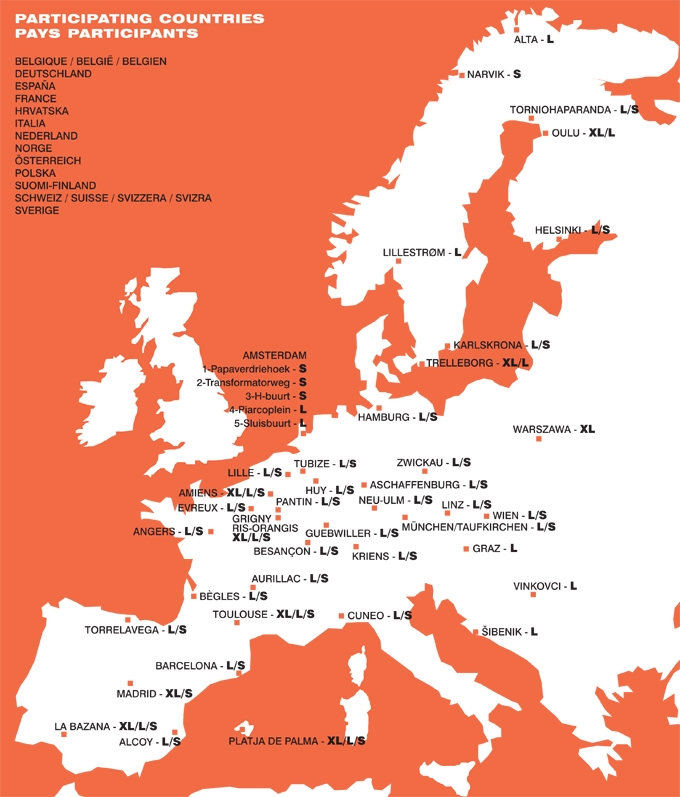 The project scale also refers to project approaches expected by the participants. A survey of the European young professionals brought out the wish that Europan propose sites allowing different project types, as the teams' motivations are diverse as well. This classification allows them to identify more easily the sites they might be interested in based on the requested project scales. For example, a team will rather consider the 'L' sites if they are more interested in the urban dimension.

Still, the sites issues are most often raised on different scales, and this is typical of more complex sites. In this case, the expected answers will consider the interlacing of the different scales. In this way, a site might need an urban project and at the same time the development of a part on the architectural scale – this site will therefore be 'L/S'. And a site requiring to consider the territory, but in relation to a project of building will be ranked 'XL/S'.