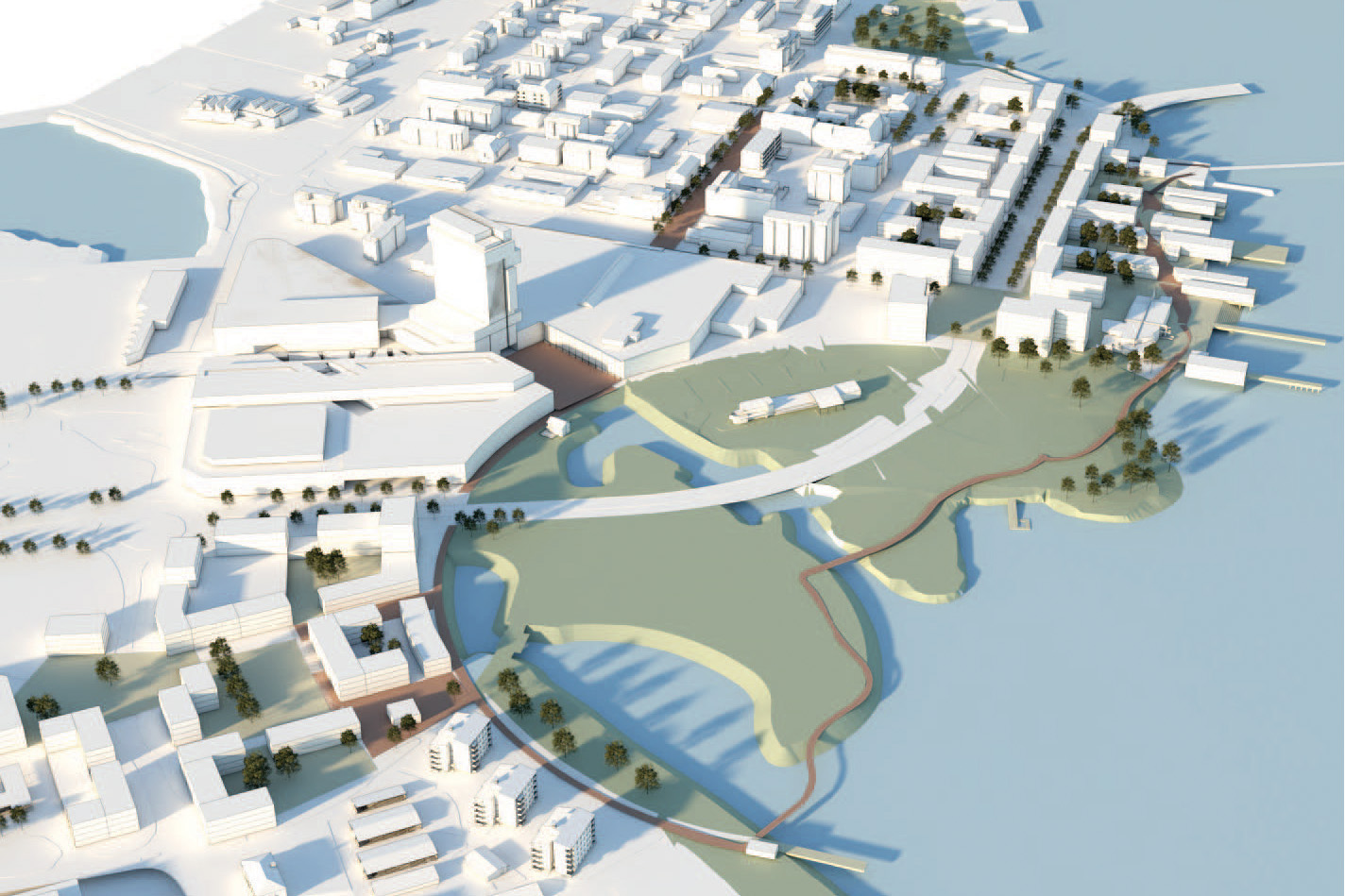 The winning project, "Two Cities, One Heart" (read their team portrait here), proposed to unify both cities of Tornio (FI) and Haparanda (SE) into one physically connected entity with one shared heart –a park– by stitching together the urban fabric on each side of the national border to form the new centre for HaparandaTornio, while creating intriguing opportunities for various activities. Three design strategies have been developed: the Tornio Haparanda Loop, the Productive Boulevard and finally the Rajakaari Park, which is defined by an array of districts

After the competition, the 2 cities invited TREA (FI), the winning team, to present their ideas. Soon after, a working group was put together to develop the proposal into a schematic masterplan. Traffic planners were invited and the proposal was closely examined. The goal of the further development was to produce a refined schematic masterplan that would remain loyal to the goals of the initial competition, as well as adhering to the economic and legislative realities of both cities. The proposal gained the popular vote of the citizens of Tornio and Haparanda during a public exhibition and voting process.

The city of Tornio (FI) then commissioned TREA to design a masterplan for the Southmost blocks on the Tornio side of the E14 area. The design process includes detailed examination of housing volumes, yard areas and public space along the riverbank, as well as a study of alternative hotel concepts, and the design of a new attraction called the ‘Energy Park’, located on the Tornio side of the park. The Energy Park will be a high-quality public park, featuring several applications related to renewable energy. 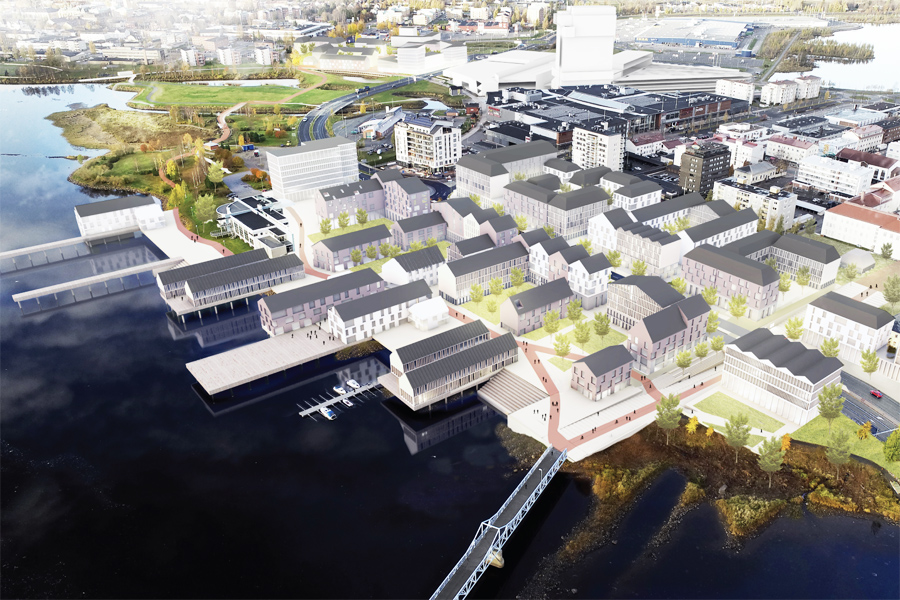