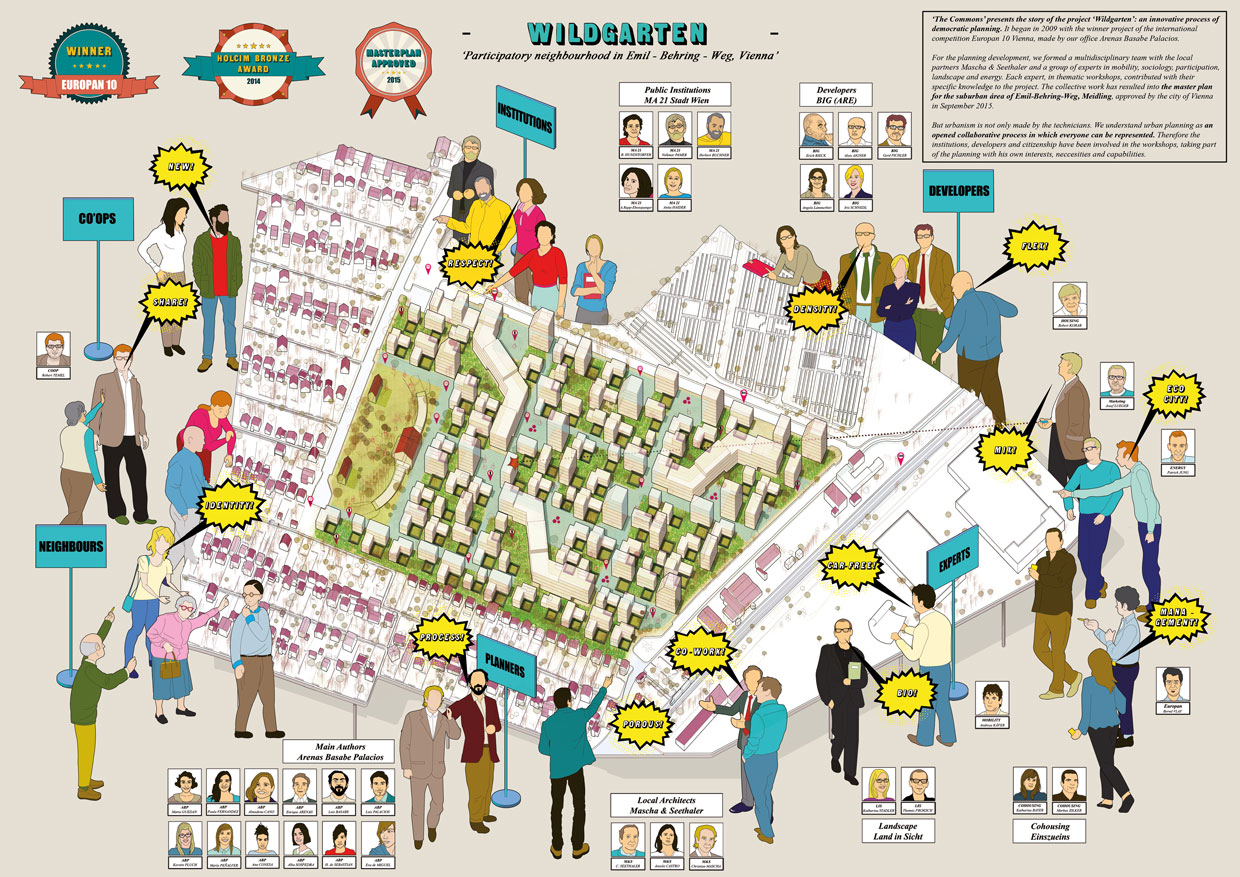 In a suburb of Vienna, on a site of 10 ha under the pressure of inhabitant’s increasing, the city wanted to develop a residential area in a low density district. The winning project “Garden>Courtyard”, by arenas basabe palacios arquitectos (ES) created a network of public gardens as a division of land with buildings around them. Different parties, public body, private developers, cooperatives, and individuals, colonize these extrovert plots. The neighbourhood is gradually becoming denser, adapting to the needs of the inhabitants.

After the competition a draft for the urban planning was produced. The project created a collective pattern for individual interpretation; the matrix of gardens organized the areas on the same principle as the competition project. The result is a porous fabric not only with a low carbon footprint, but also flexible. The process included all the stakeholders (city, experts, landscaper, sociologist) but also the representatives of the neighbourhood. After several years of a long collaborative process, the Wildgarten » project densified (1000 housing and services), but with the same structural principles, was approved by the municipality.

The land owner ARE is developing, with different developers, the architecture projects. The winning team is implementing its own project for 82 housing in 11 different buildings.