At the regional scale, the project strengthens Besançon's links with the Jura ecosystem. The natural park and a dynamic industrial park (Swiss watch industry, Basel pharmaceutical industry) both resonate with the campus. On the urban scale, an identity of peripheral neighbourhoods around three landscape figures is asserted. The old Doubs meander, the forest edge belt and the five radial lanes are the vectors of a more mixed and more intense city. At the local scale, the strategy of transforming public spaces is based on the specificities of karst topography to articulate Bouloie with the Technopole Temis. The two offered courses, Jurassic track and Jurassic trail open the campus on the city. Students, residents and researchers meet within this landscape campus.

A proposal whose graphic quality represents the force and radicalness of an unexpected inscription in the great territory. The project is expressed with a great deal of finesse and provides a strategic framework for the communities and university by presenting a broader view of the university in the city.

Following the competition, two workshops were organised with the three teams to develop a common urban strategy that resulted to a common presentation to the different actors involved. The issues identified were: the reinforcement of the campus-park; programmatic diversification; the deployment of soft mobility; the intensification of uses and conviviality within the campus; openness to the city.

The winning team was then commissioned to produce a “plan of urban coherence principle reflecting the shared issues of the Campus urban project: urban and landscape orientations, identification and coherence of the programmed interventions and the potential densification sites, and diversification of functions".
From Jan. to June 2019, a study of urban design and programming of the campus was carried on. The pre-operational phase is part of a contract signed between the agglomeration and the Region for a short-term investment of 40 M € on the campus.
The study was divided into three stages:
- at the urban scale, identify main development directions and integrate the connections between the campus and the city centre and between the different campuses;
- at the scale of the campus, the technology park and the adjacent districts, development of a masterplan specifying each of the future operations of project;
- at the scale of the land units, drafting of programs and briefs for the future consultation of project management.

The team was contracted for a project management for the public spaces of the Bouloie Temis Campus, covering an area of 148 hectares.
Their project is based on four axes:
- Play on the complementarity of the milieus;
- Anticipate climate changes; - Work on the materiality of soils and their continuity;
- The campus as a showcase of the university's know-how and a place of experimentation.
They created a charter for public spaces to ensure consistency and unity of the various facilities as well as to promote local resources.
They are currently working on the design of the exterior spaces of the campus. 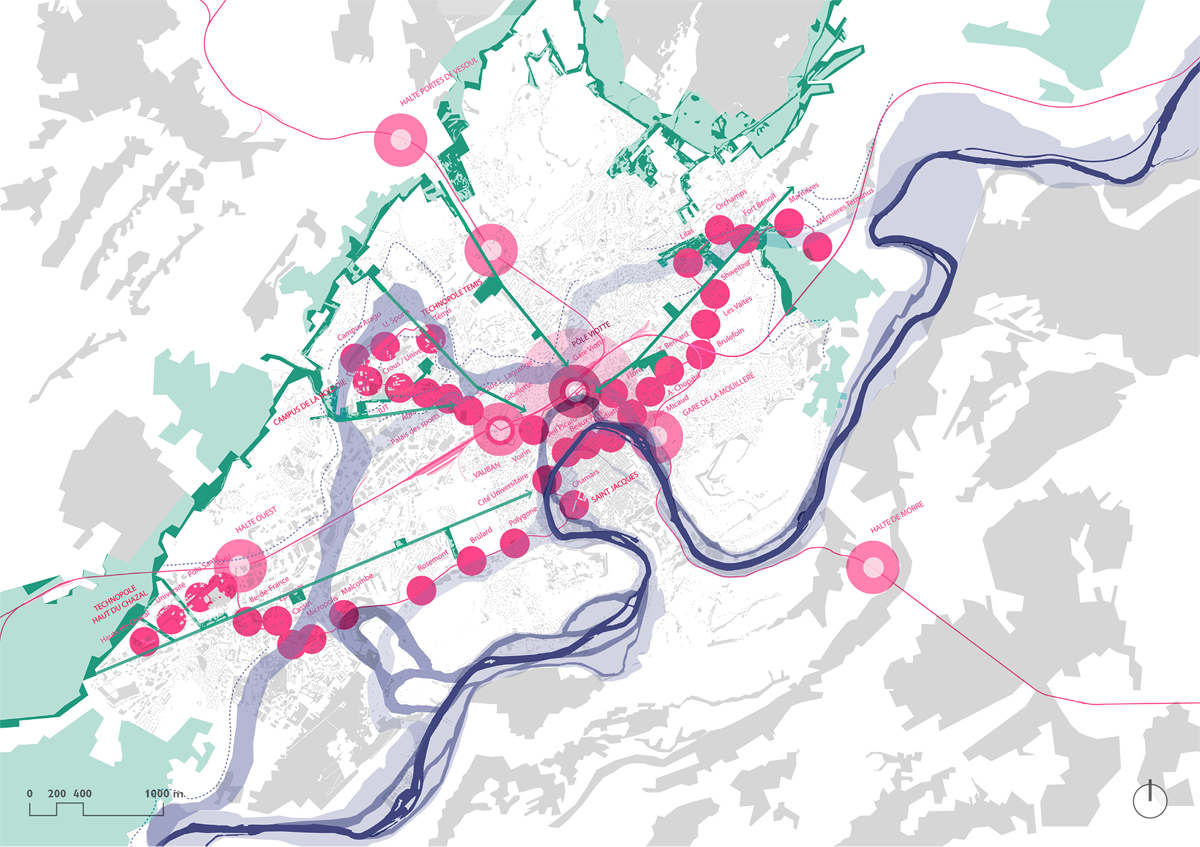 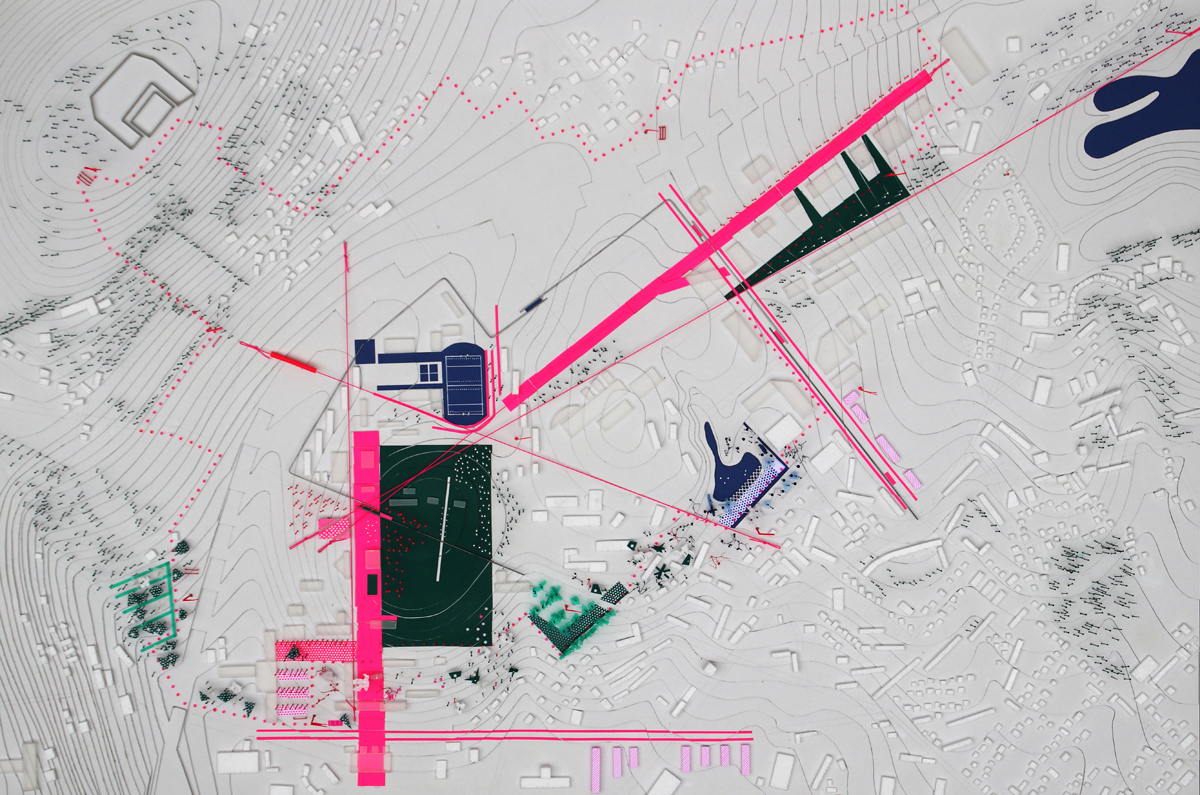 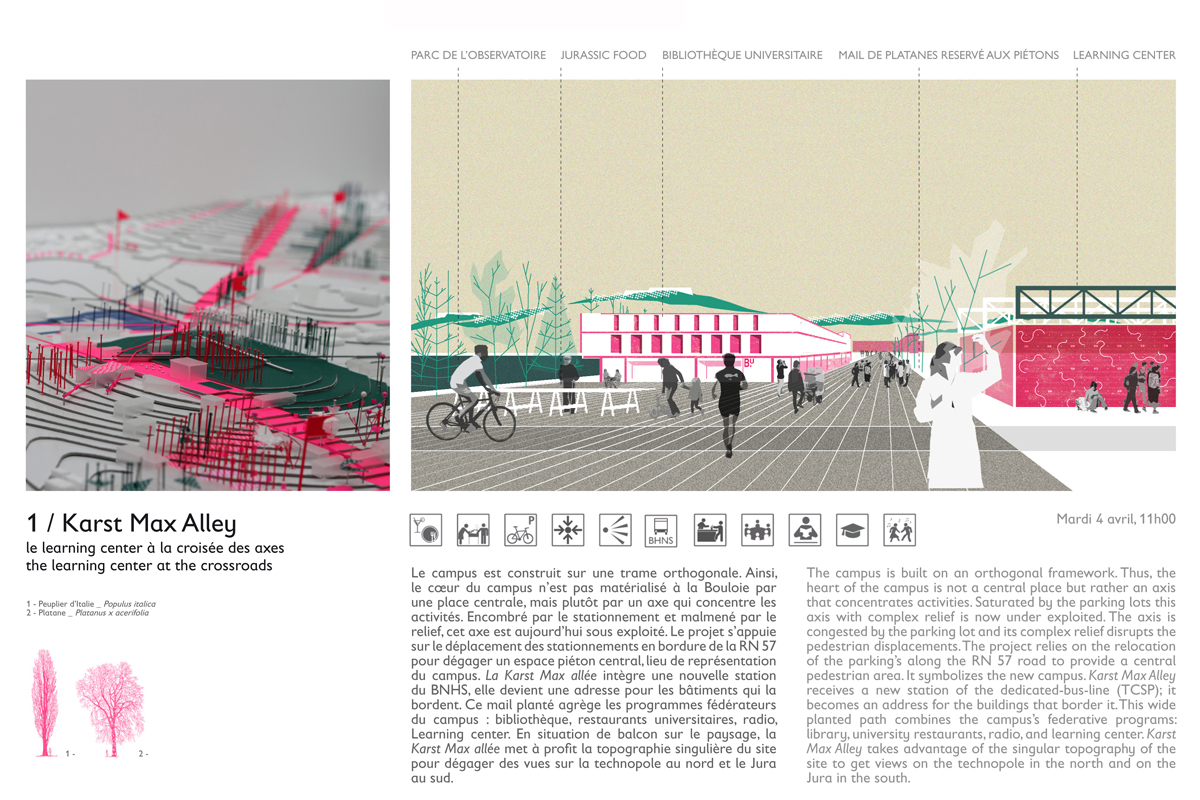 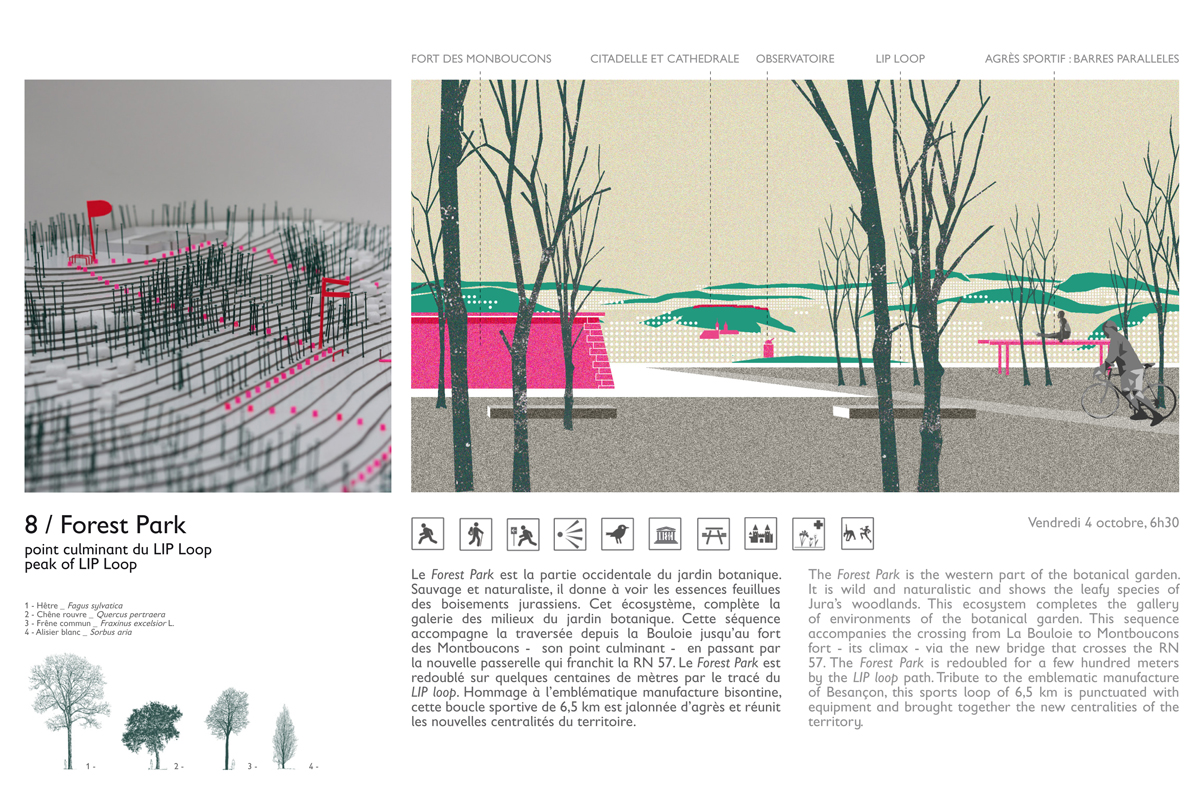 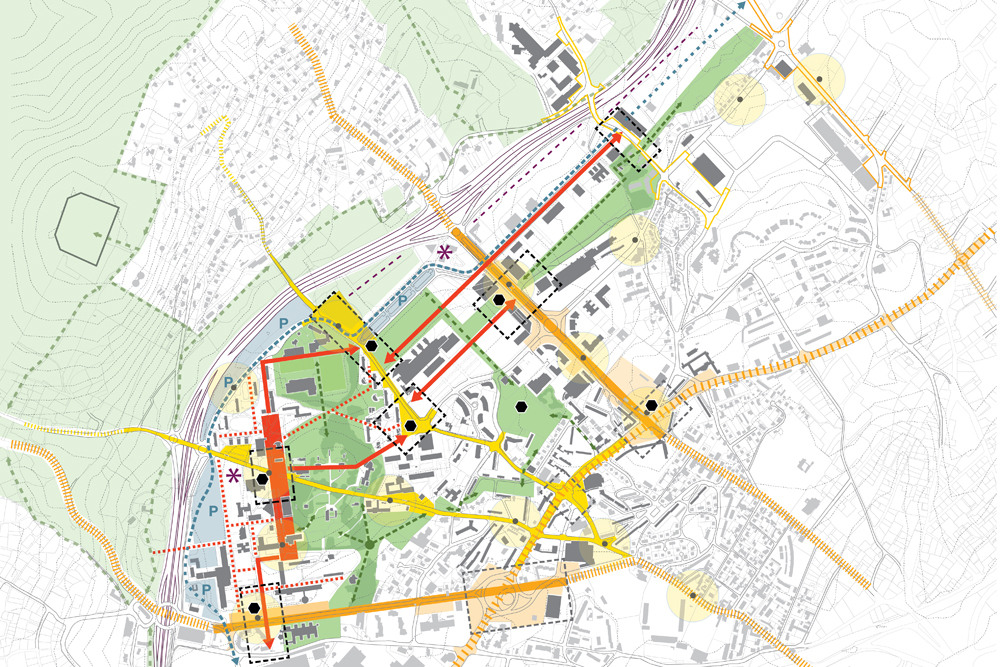 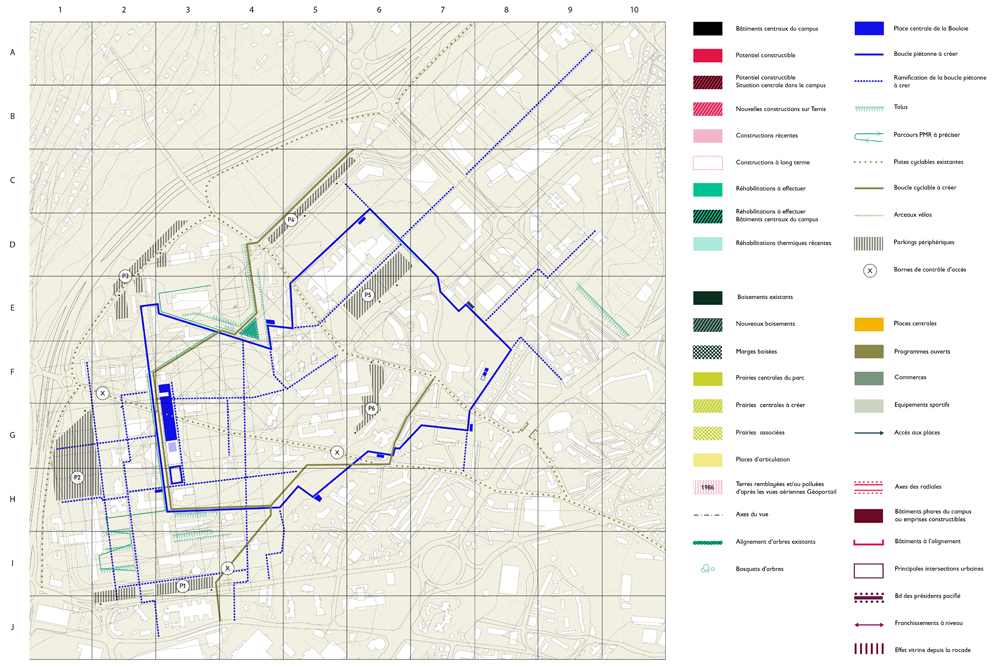 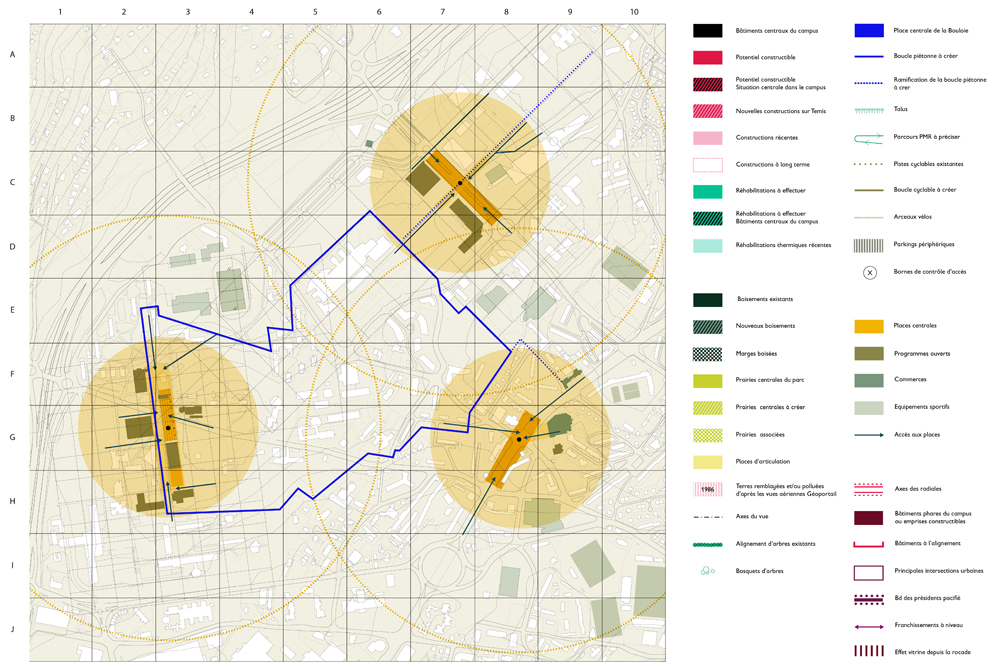 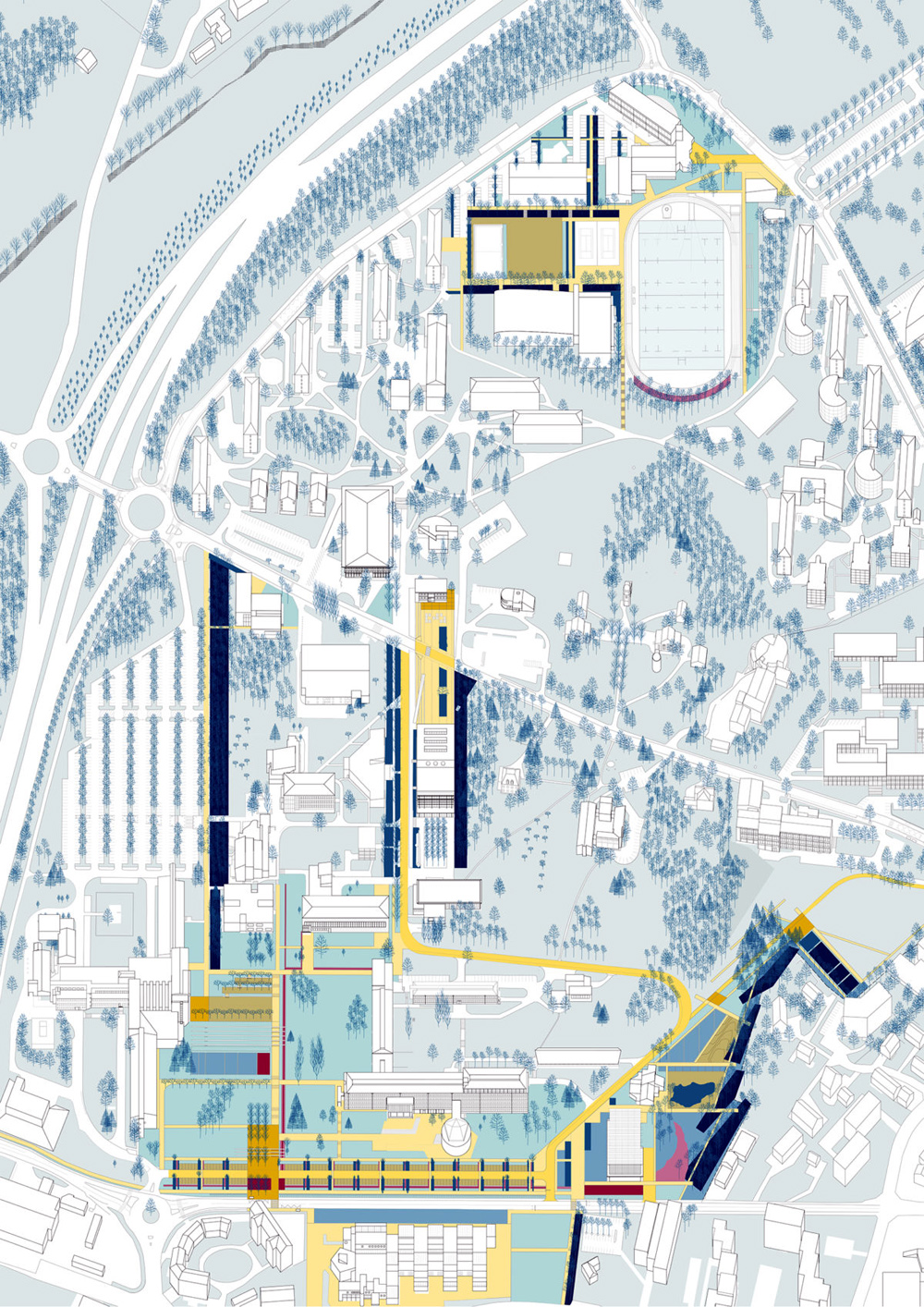 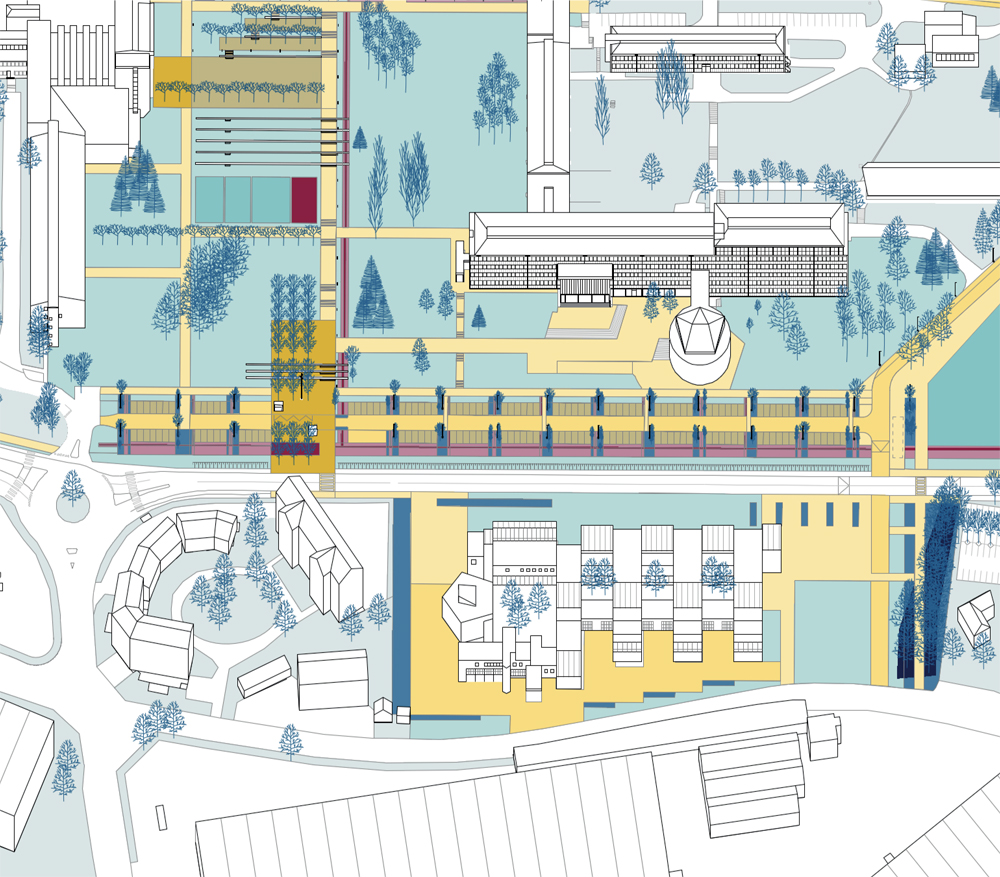 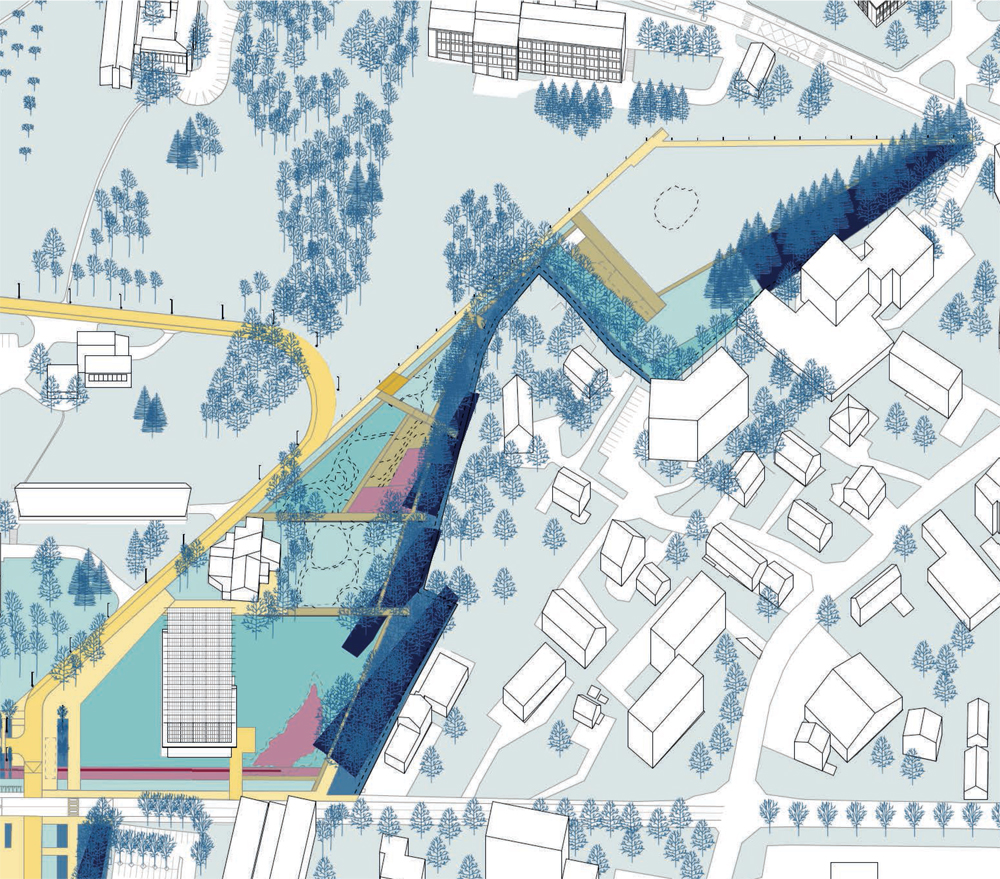