The urban project was designed in flexible sections, and exploits the massive dimensions of the old riverside industrial buildings. It proposes a division where small canals – cut into the land and linked to the river – transform the six blocks into floating urban platforms reinforced by the semi-underground bases accommodating car parks. Each block is allocated a specific function and spatial characteristics, role as a place of movement and/or of rest. The shops on the ground floor and apartments above can vary from 100 to 400 per block; the platforms accommodate 5-storey buildings – like the former industrial units – on the riverside, while on the street side terraced housing provides a transition into the neighbouring residential district. At the foot of the bridge that links the area to the city centre, an existing tower becomes an urban landmark.

The city approved the concepts in the project of ideas – including the high density of occupation – although the functional mix was abandoned in favour of a residential focus, combining rented and owner-occupied properties.
The feasibility study confirms the necessity of treating contaminated soils. The team proposes underground parking to serve as a buffer space between the housing and ground. This also allows a clear separation between public spaces, cars parks, bikes parks, necessary because of the high density. Grants from the Ministry of Environment are awarded for this solution as an experiment.
A development plan was prepared, defining the urban principles (car park bases, road location, canals, communal spaces made up of platforms linked by walkways fixed or floating, internal access to housing units) and architectural rules (building heights, entrances, transition zone to the façades, double orientation, penthouses…)

The prize-winners were to supervise the development plan, and build the base (car park and collective spaces), canals and public spaces as well as four buildings (2 high-rise buildings along the Zaan and 2 low-rise buildings along the Oostzijde). As islands, platforms are totally surrounded by water? They are threaded together by the boardwalk along the River Zaan. Without the boardwalk the platforms could float away with the current of the river.
As drawbridges, the steel portals mark the entrances to platforms from the Oostzijde to the collective exterior space on the platform. The single-family houses are accessed from this space. Here, too, are the entrances to the vertical mounting points for the high residential blocks and the entrance space to the car park, combined with a storeroom for the waste container. Wooden grating gives the space a maritime atmosphere and gives form to the transition between the collective exterior space and the private housing. The Oostzijde also gives access to the public boardwalk. This runs between the islands, over the water, and comes out at a boardwalk which runs parallel to the Zann, just in front of the building. The boardwalk as a parade ground makes the Zaan accessible once again for citizens, as an urban facility without direct connexions with the collective spaces on the platforms.
Two other teams of architects worked with them on the different buildings, following a rationale of architectural diversity based on common strict principles and cultural dialogue. 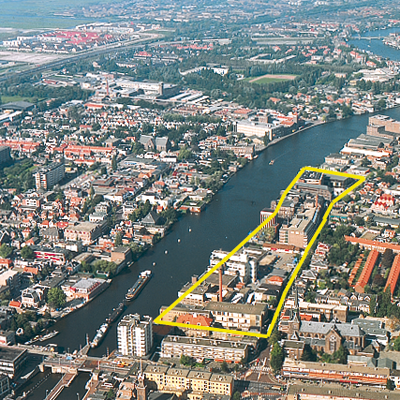 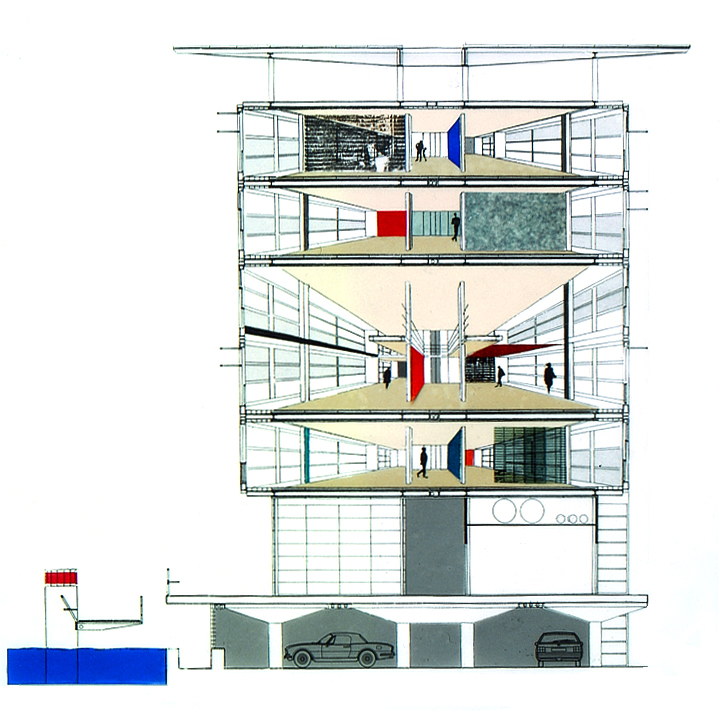 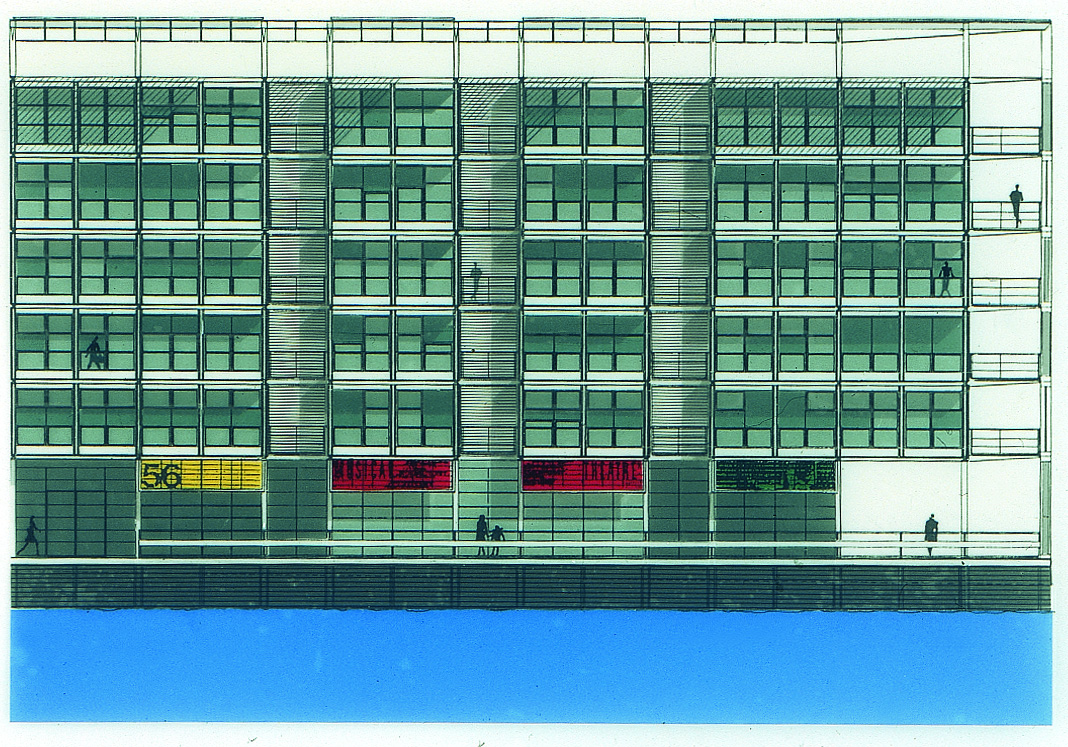 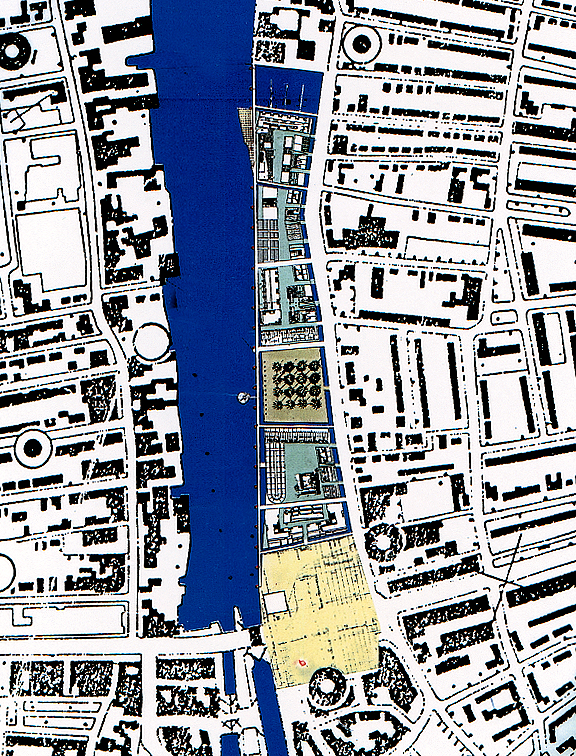 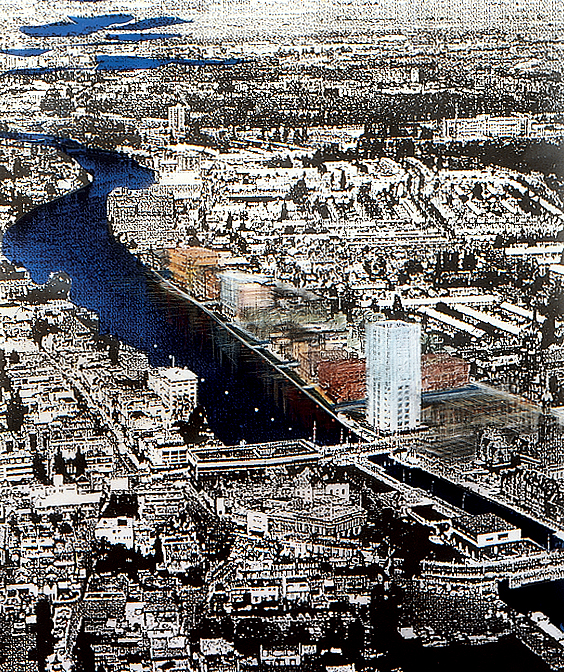 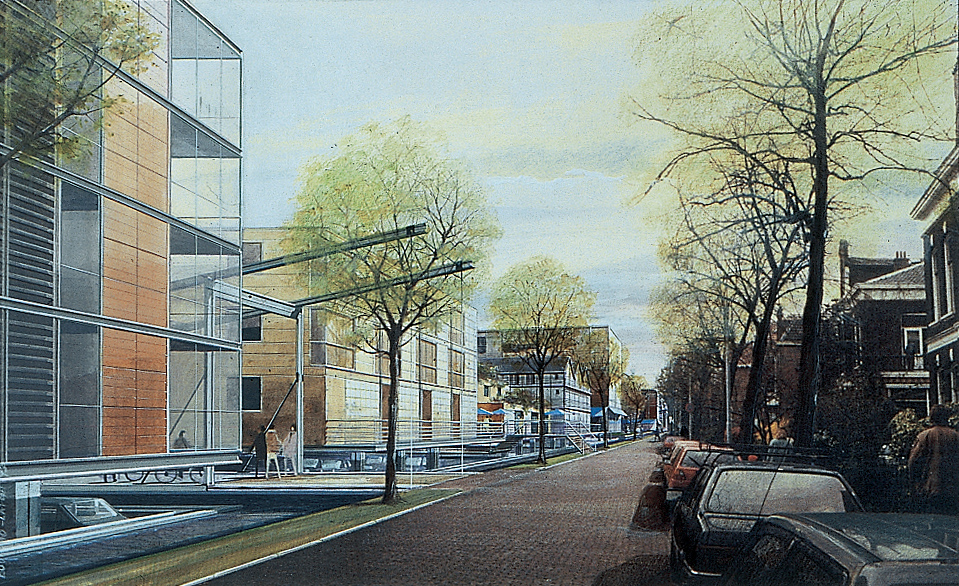 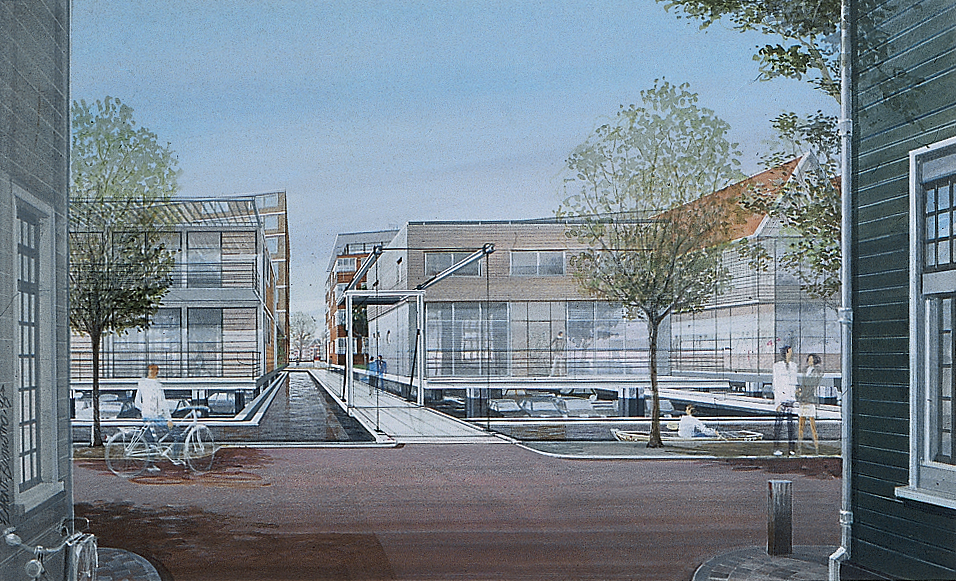 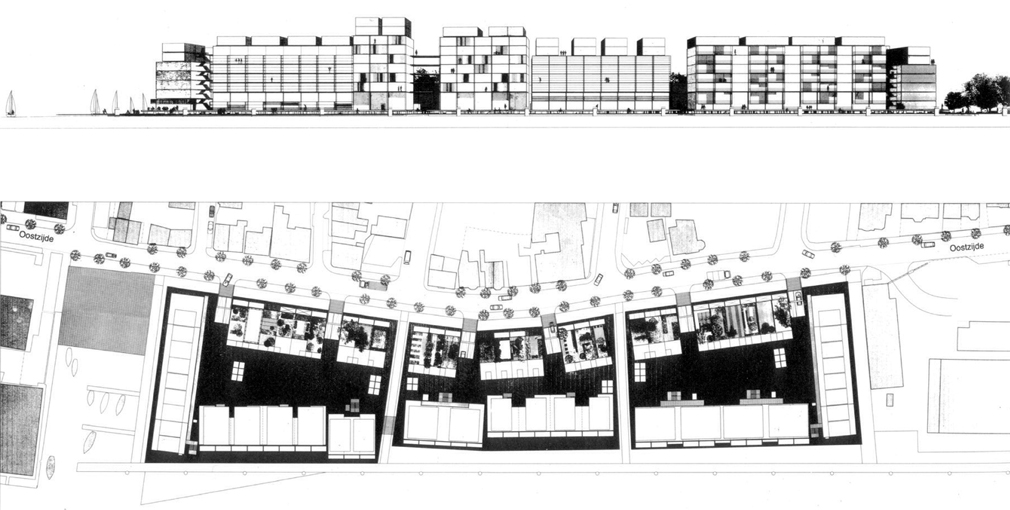 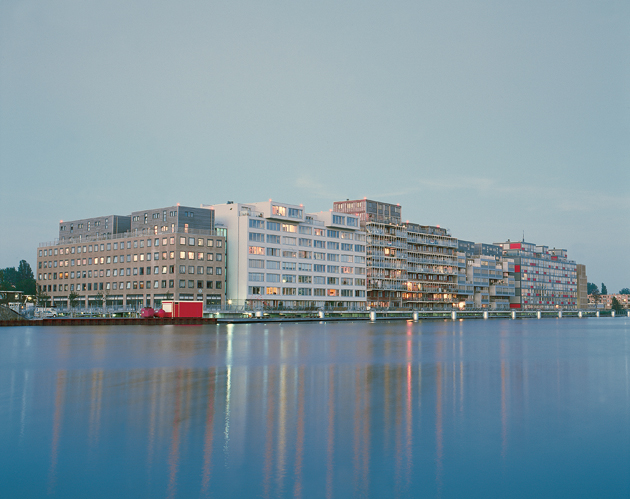 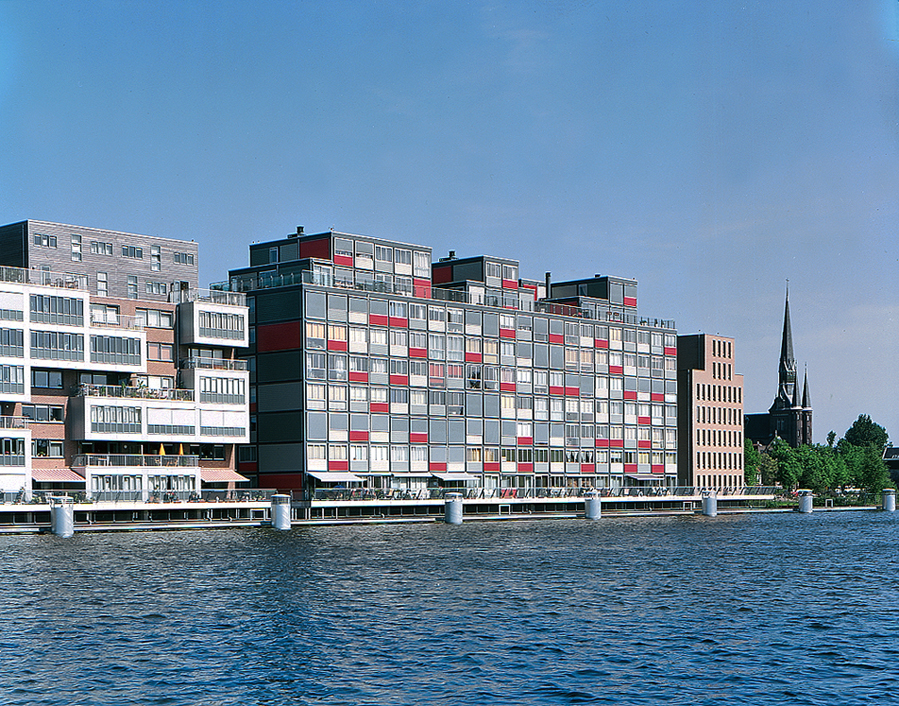 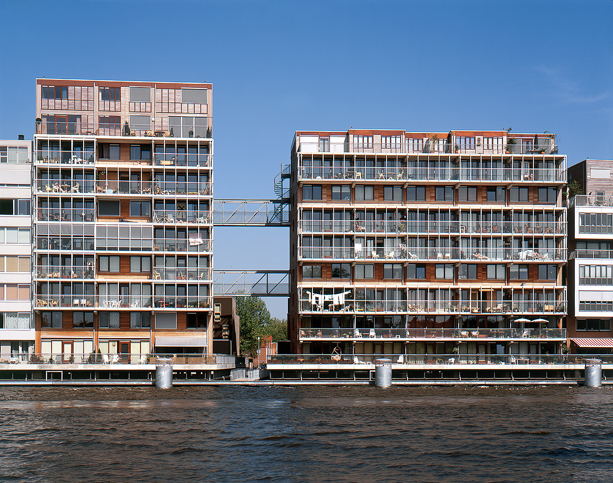 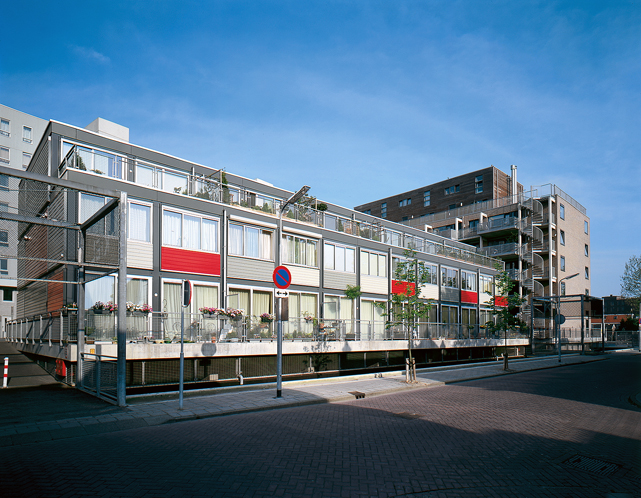 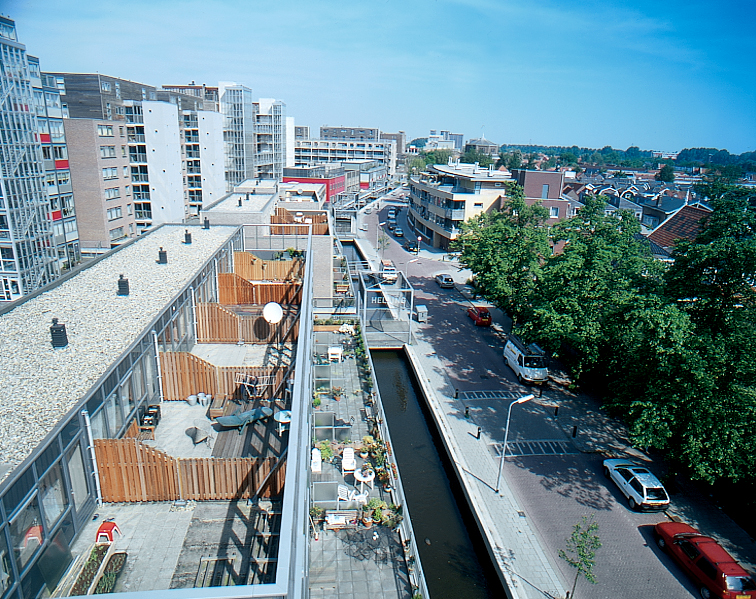 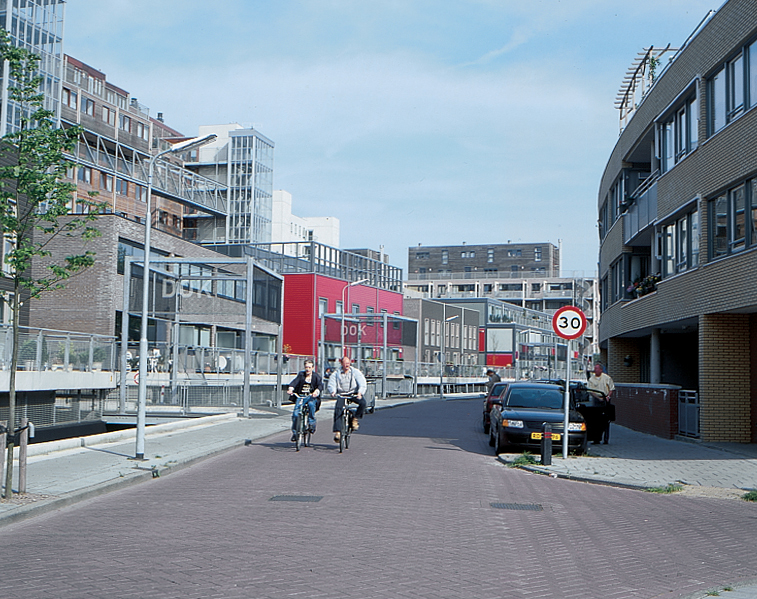 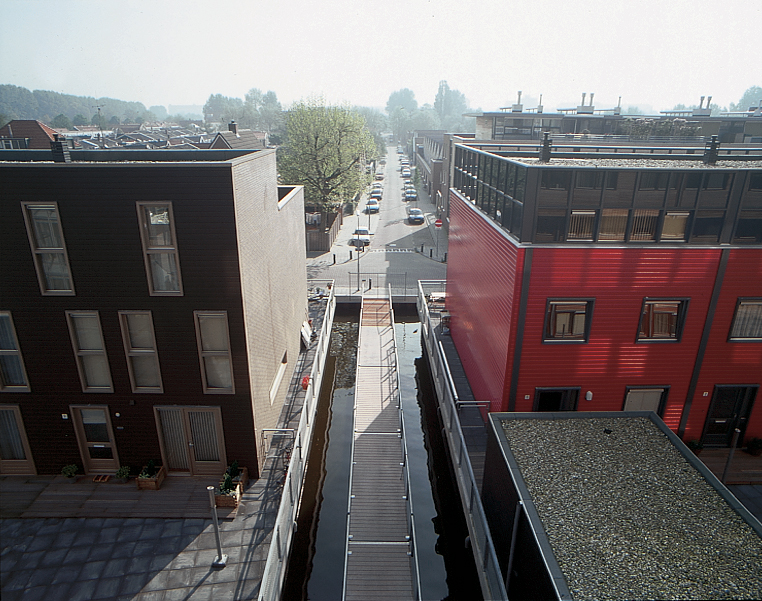 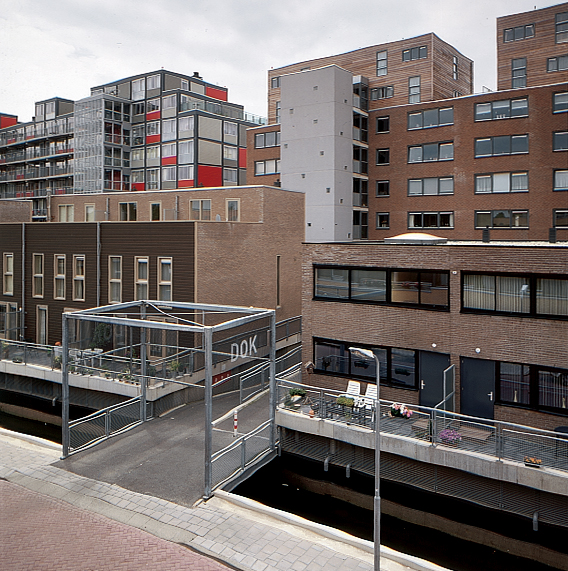 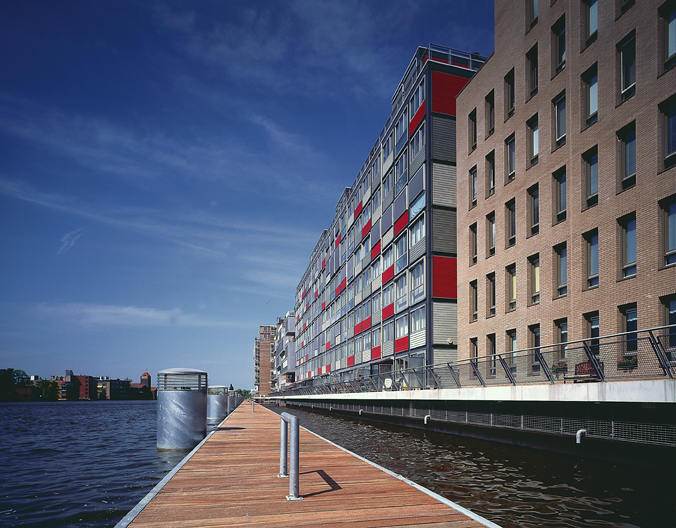