The proposal intends the outskirts begin to built characteristics environments which reach to identify an urban pattern and, even, to generate new urban centres in a different scale and quality. In this case, musical background is grasped to propose semi-public space on street level. The proposal makes use of the fallow land system like an architectonic strategy, as shape and function. There are three layers; each of them defines its own landscape: the lower level is built like a vectorial space, where different public or semi-public spaces are linked to small green areas; the intermediate level takes the fallow land shape,a lively green roof mat of patio housing; and, the upper level is thought like five small towers passing by into the large voids/courtyards under its feet. The project brings the patio-house from the Mediterranean coast to Vienna. These patio-houses are placed in a unoverlooked height. Houses are divided into plots and work like the fallow land. Every house is designed so that all the several interior parts may rotate as the farming system does. The towers work in the same way. One house in every floor. A house with four facades. In this case, the movement will be vertical.

The first stage (2003-2004) involved developing the awarded proposal guided by europan Austria, Vienna council and city experts.The architects worked together with these stakeholders on some aspects related to the implantation of the project in the plot area and the relation with the neighbourhood. Although significant changes related to the uses were proposed, the main concept of the project had been kept during the whole process.
After this stage, in 2005, site owners (city of Vienna) and competition organizers decided to engage a competition between developers. The team was actively involved in the progress of this stage by preparing a project implementation with plans, schemes, guidelines and selection criteria for the competition.
In 2006, ÖSW was selected through this developers competition to develop the Europan project and the team started a new stage developing ÖSW ideas together with their own ideas in a really tough process in which the architects overcame a lot of different situations. Continuous changes threatened the project during this endless phase, involving main uses variations as a hotel, a temporary houses zone, a cellars area, a huge supermarket, a 300 employees enterprise, a 2-level youth hostel, a ground floor car park, a central park, etc.
After four years of common work, the Austrian architects team partner with the Spanish Europan team, was substituted by the client (in the first stage their partner was Vasko+Partner ingenieure). “Mischek gmbh” was chosen to join the Europan team. Together they continued a tortuous way with plenty important regulations variations, constant client criteria changes… in short, an endless 6-year period full of vicissitudes while trying to keep this project going.
After all this work, in 2012, client approved draft design and it was possible to go through the planning permission phase with the city of Vienna and all the different actors involved. Everything turned out well, and fortunately the project got the planning permission in the first attempt. In 2013-2014 the architectural project has been completed and has been redefined and optimised in several ways: shape, finishes and project concept to answer to economic requirements. It was a very hard work due to the superimposition of opposite levels of information that were constantly redefined and centralized in a complex and heavy technical document. By the end of 2013 the client took the final decisions and the project was finally completed for implementation.

After being postponed several times for different bureaucratic reasons (like disagreements with “Wiener Linien” metro department) the site construction kick off took place in October 2014.
The project finally includes 115 rental patio houses/flats, 14 offices, 7 retails, a café, 1 laundry, a kinderplatz, a park, parking in the basement, 115 cellars.
Along this period, the team has been dealing with a lot of new problems to fix, between their design, costs, contractor and client wishes and technical constraints. But fortunately the project was too strong and powerful enough to meet all the last requests.
Construction has been completed beginning of June 2016, thirteen years after the competition. An opening ceremony took place June 7th, with all the stakeholders during wich the tenants received the key of their new housing. 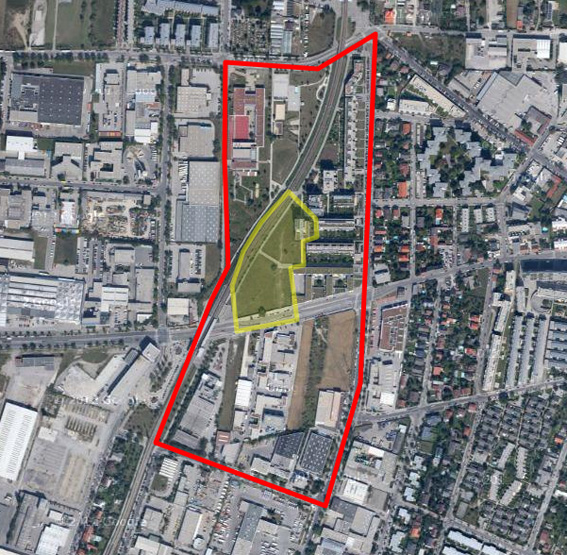 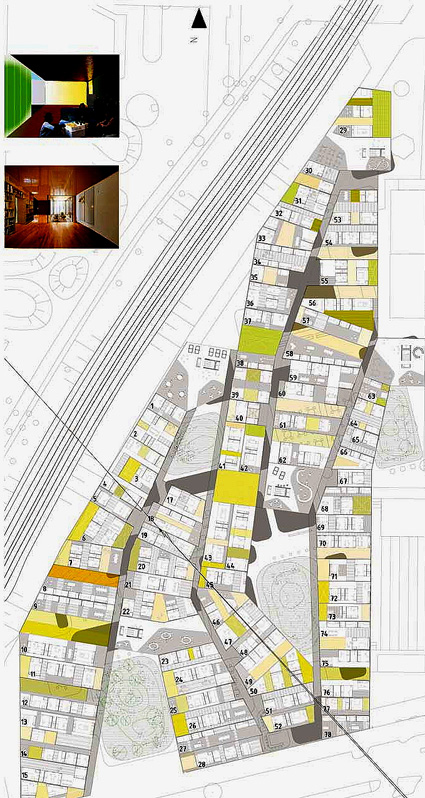 The coexistence of two housing typologies – the towers and a clod-like elevated carpet –creates an urban gravity field whose vertical development subtly responds to the local and territorial context.

The project proposes a stratification of three, mutually interacting different layers. At the street level, a semi-public layer encourages social relations between neighbours based around musical activities.

The roof becomes the base for an artificial patchwork of planted areas (the wasteland), governed by the structural layout of the housing. 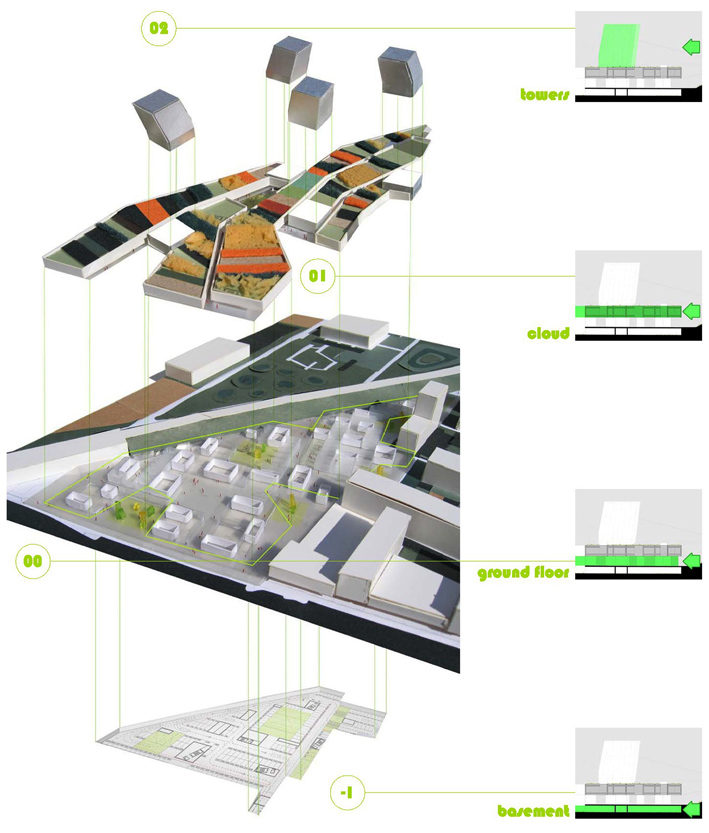 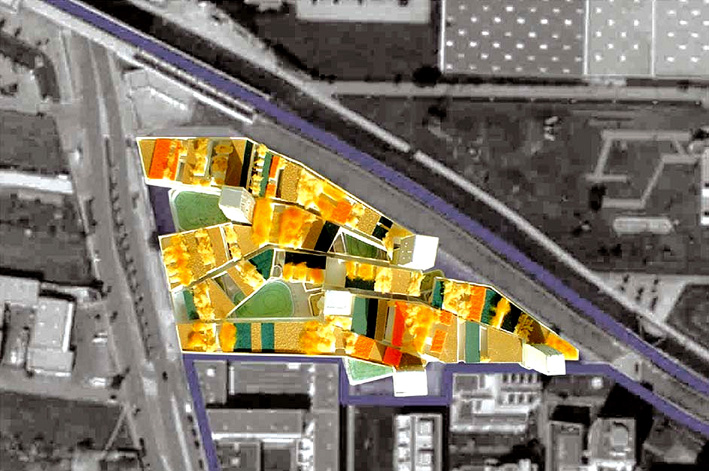 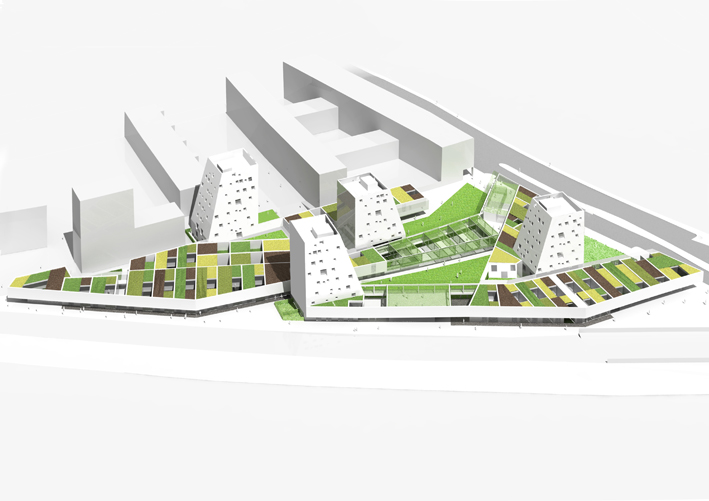 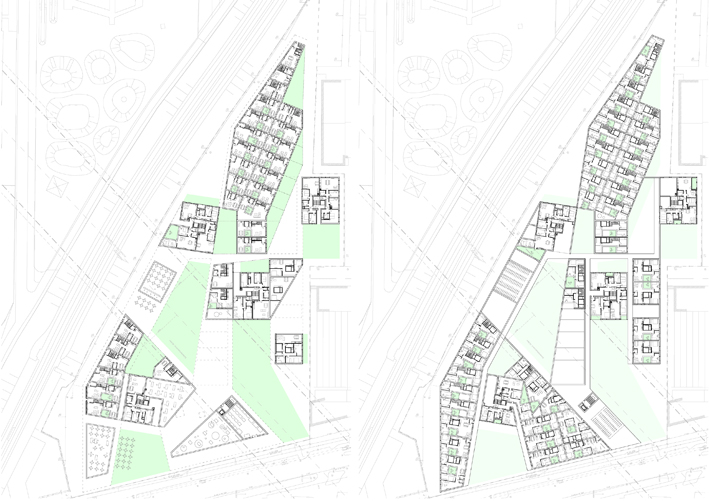 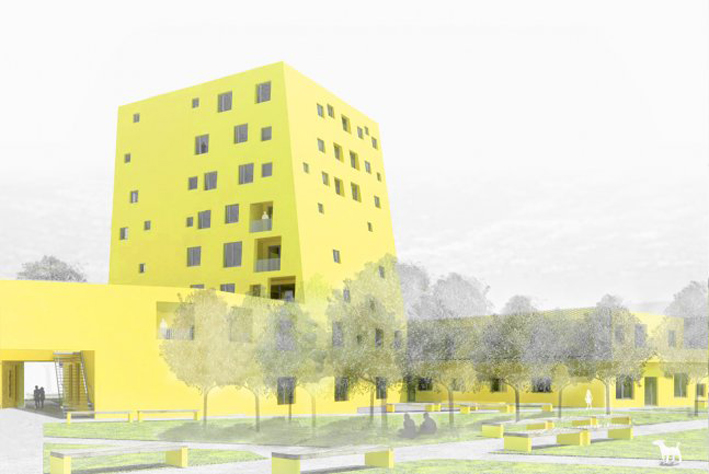 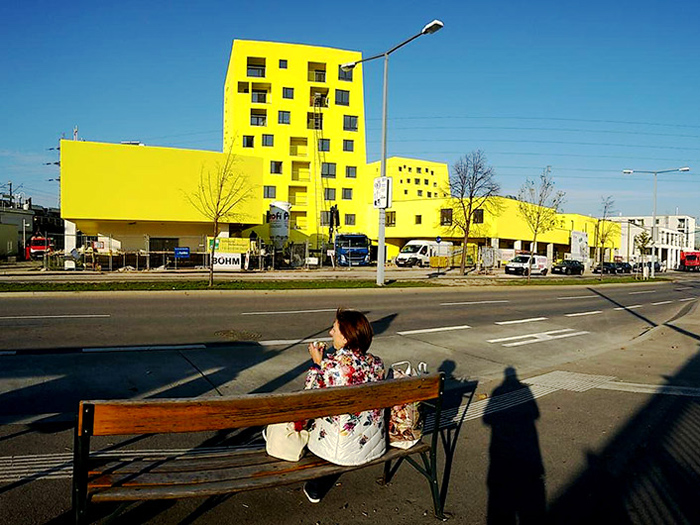 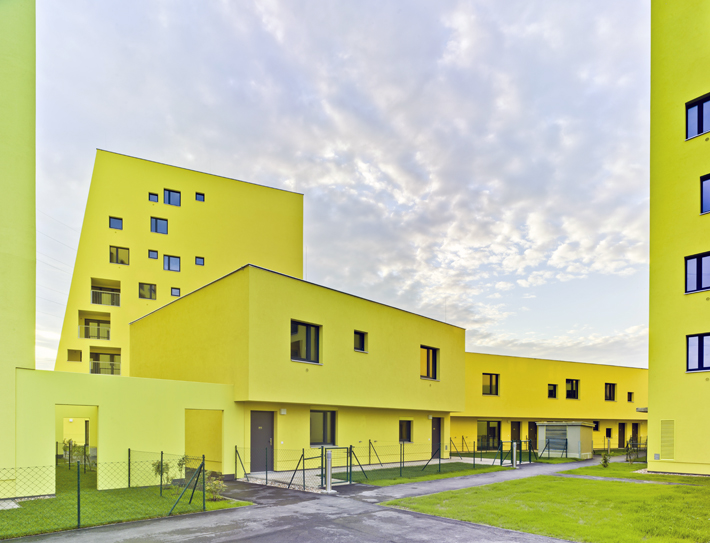 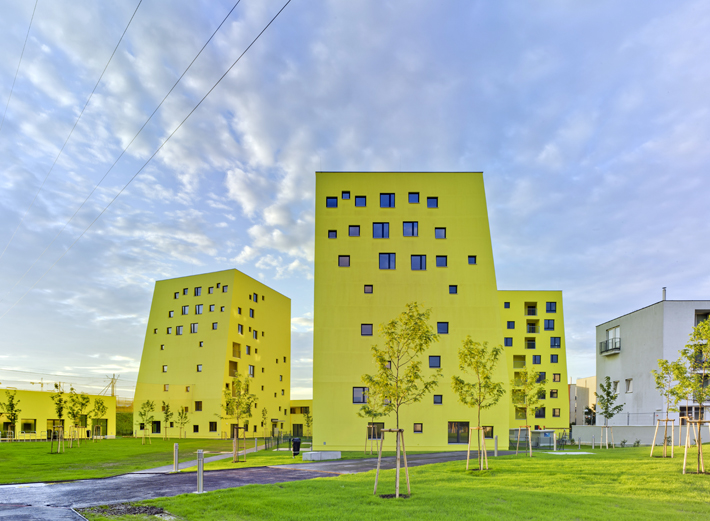