2009
The urban strategy maintains the continuity of the existing agrarian layout. The plots are subdivided into strips and alternately occupied by fields and bands of south-facing buildings. Some fields are farmed collectively by the inhabitants, others divided into private and public gardens. The proposal for a half-rural, half-urban life is based on new lifestyles combining community agriculture and shared spaces. The resulting irregular and asymmetric grid generates dynamic public spaces: a triangular esplanade along the urban boulevard for the town square and its park, opening onto the River Garonne. A new focal point is created with a new, eco-responsible identity, a green rurbanism. The chosen architecture develops environmental values.

2011-2012
Should this site be seen as the final boundary in the galloping urbanisation of the city of Toulouse?
The competition project was designed as an eco-neighbourhood that would take on the role of a new village centre for Seilh. A “rurban” centre that included both fields and a dense built fabric in order to respect and maintain the identity of the existing farmland.
In the study phase, the question of the realism of the landscape project arose when it was time to define specifically the use of the retained fields. The village centre opens out onto the distant landscape, a landscape revealed by the creation of a rural agricultural park, which continues up to the viewpoint over the Garonne.
The urban study phase of the project involved close collaboration with landscape architects with experience of park design. All the urban spaces, particularly the fields, were precisely defined in order to describe the central blocks, the public spaces on all scales and the rural park leading to the Garonne. The real rurban innovation of this project lies in the creation of a typology of planted public and private spaces which are both ideal images of the countryside and places of actual farm production.
After the competition, this project went to a further study phase, but was not chosen for implementation by the municipality. 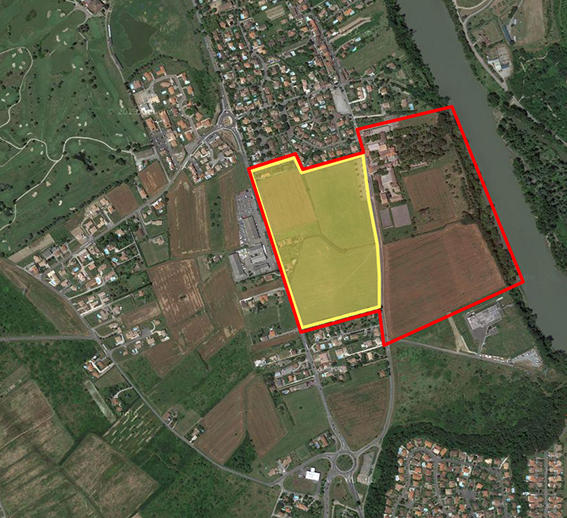 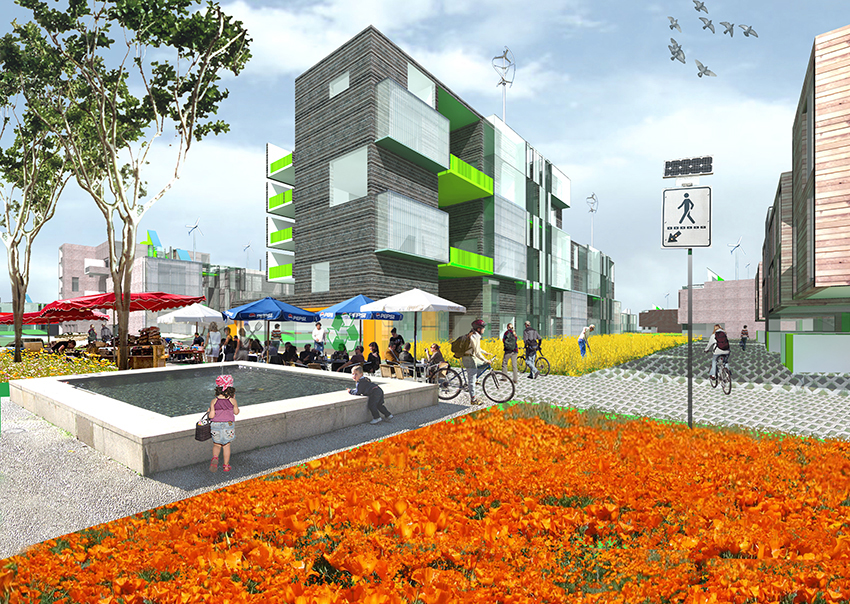 Out of a typological exploration of housing emerge small, semi-dense dwellings, exposed both to the city and to nature: a genuine eco-neighbourhood, urban and human in character. 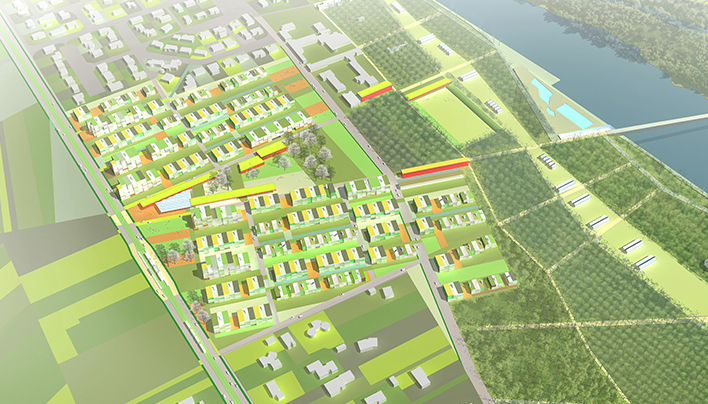 The district is divided into two urban plates using the existing agricultural plot layout The interstices between the plates become the medium for a productive landscape, potentially varying from gardens to farmland. 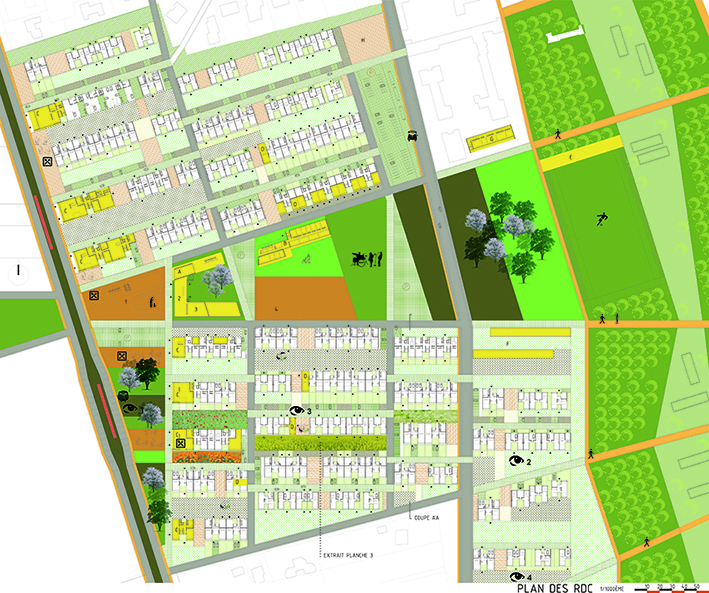 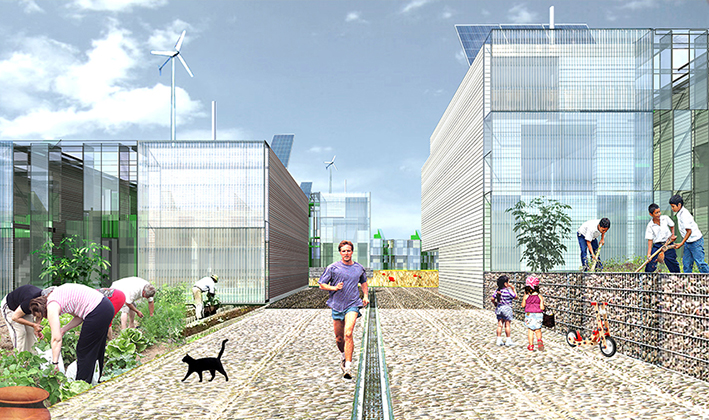 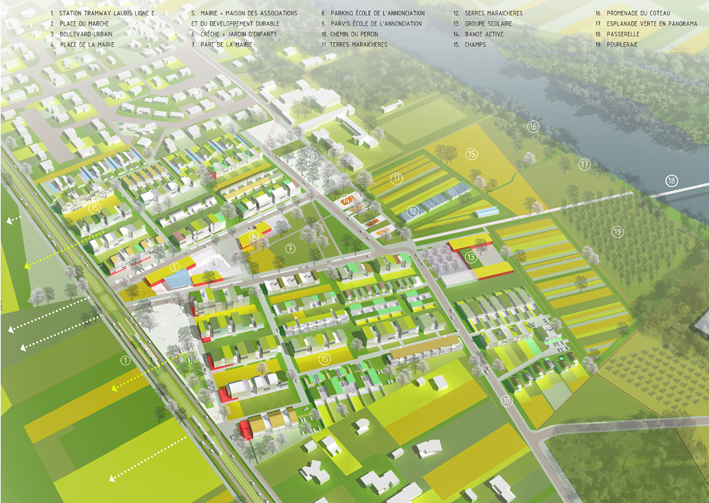 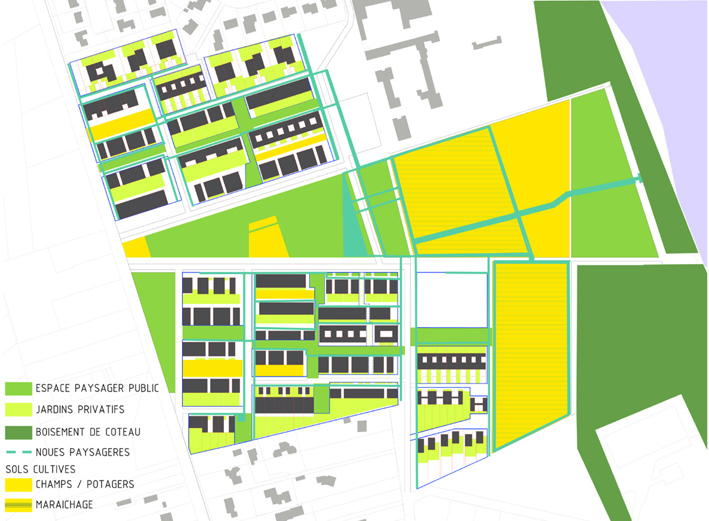 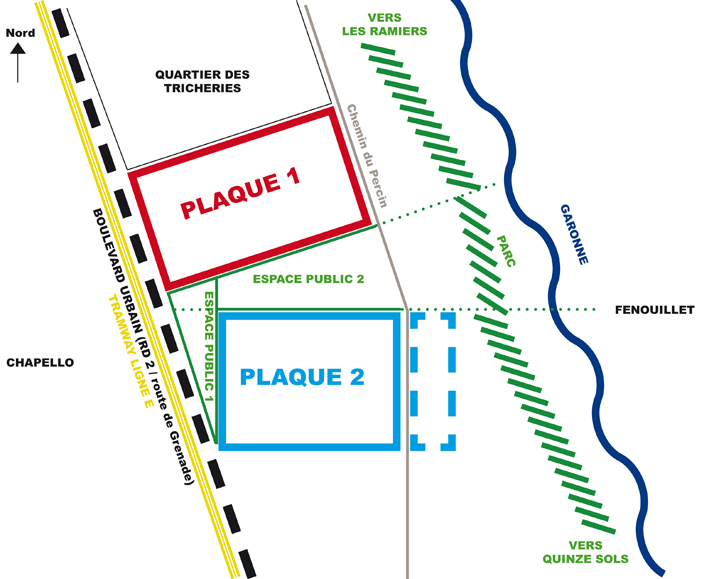 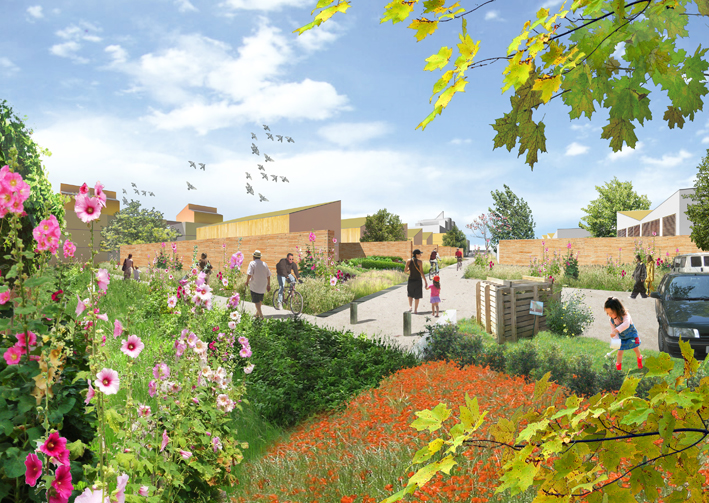 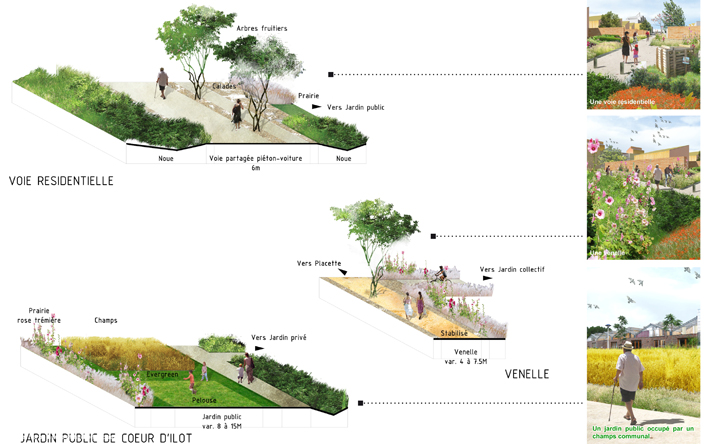