1. Pocketworld. MySpace Building unifies situations of extreme intimacy and privacy, with those of extroversion. My room is my world.  A mechanism that allows the expansion of our identity, and ultimately of interchange and negotiation with others. One own’s space is a laboratory where it is possible to test the abilities that later will be experienced in every act of interaction. The best room is that which stages a small world of our own.
2. Chatrooms. Virtual chatrooms are effective public spaces in the context of global societies whose community-building depends growingly on the search of common affinities. They are the places where avatars meet to freely wear alternative identities, a kind of accelerator of the self. A spatial device is imagined that connects  and integrates subjective personal identities.
3. Space Colony. Outdoors or indoors… such ‘door’ is no longer neatly distinguishable. Let’s think of an open environment, a fresh exterior, of streets and parks melted and introduced inside architecture. Let’s think of an interior that assumes the conditions of the public space, unprogrammed and multiple... a place that sometimes is a bit wild... The space is a mixed-use two-storey hyperlounge in which different ambiances are located, where to play while waiting for the laundry, or where to attend a lecture while baking bread.

Early on, the client asked for an extra 40% rooms and a reduction in the already tight budget, which led to a complex and elaborate tender process.
An ‘overall contractor’ bid was launched afterwards, and since then MEK has played an ‘observing role’, with very restricted decision-making authority and a long chain of command that restricted fruitful contact with the client.

MySpace combines situations of extreme intimacy with extroversion and collaboration. Within existing urban conditions, the building gains autonomy and shapes its volume in order to extract potential from the surrounding views and the sun. The process is driven by one main idea: to strengthen the bonds within the newly established community, prompting residents to develop rules, responsibilities and unexpected ways of counterbalancing interests.  Students share a flexible lounge and a self managed ‘ultrakitchen’, an experimental space conceived for the use and enjoyment of 116 students at the same time, a 24/7 sort of social sustainability condenser.
The winning project by Spanish architects Murado Elivira Krahe pushed the boundaries of student housing architecture in Norway. 116 students share one kitchen, making the building a large social experiment. After completion in September 2011, the building was officially opened by Minister of Higher Education Tora Aasland. The project has become the talk of the town due to its innovative nature. 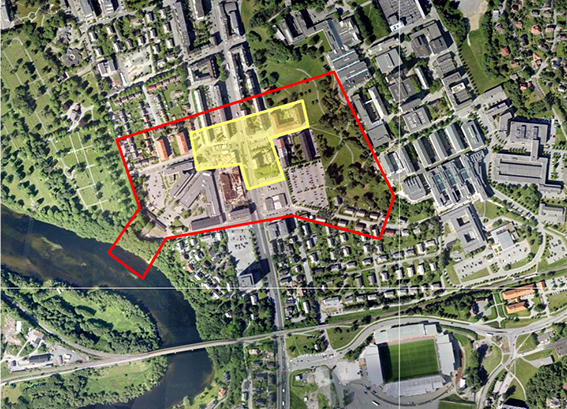 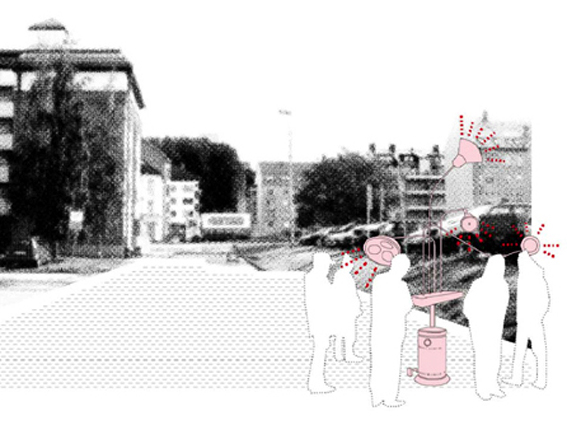 Based on the interaction, exchange and interference boundaries between the private and the public, the proposal played on disseminated programs on the site. 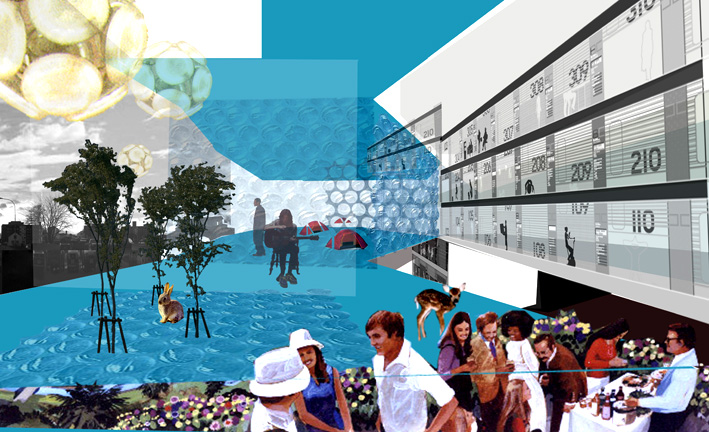 The new academic way of life developed here is based around 3 main components: the introduction of chatrooms, virtual support for the development of a spatial community in a “hyper-lounge”, and the conception of student rooms as experimental laboratories for new social relations.

The morphology of “Bigness”, made possible by the team’s development of a rhetoric on virtual technological tools, is used here to create visibility, a landmark in the urban environment. 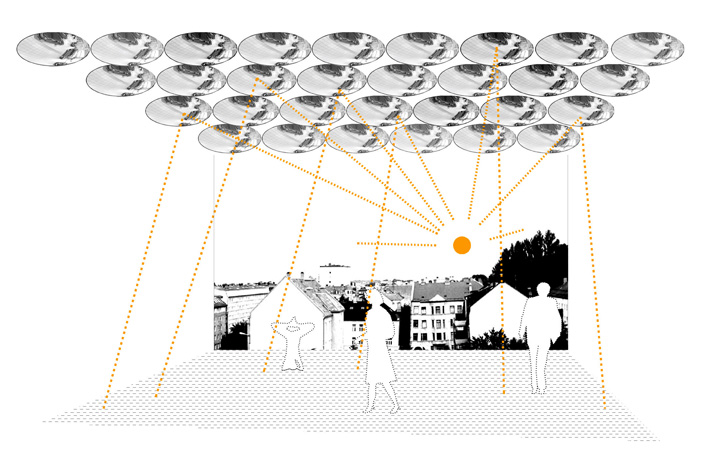 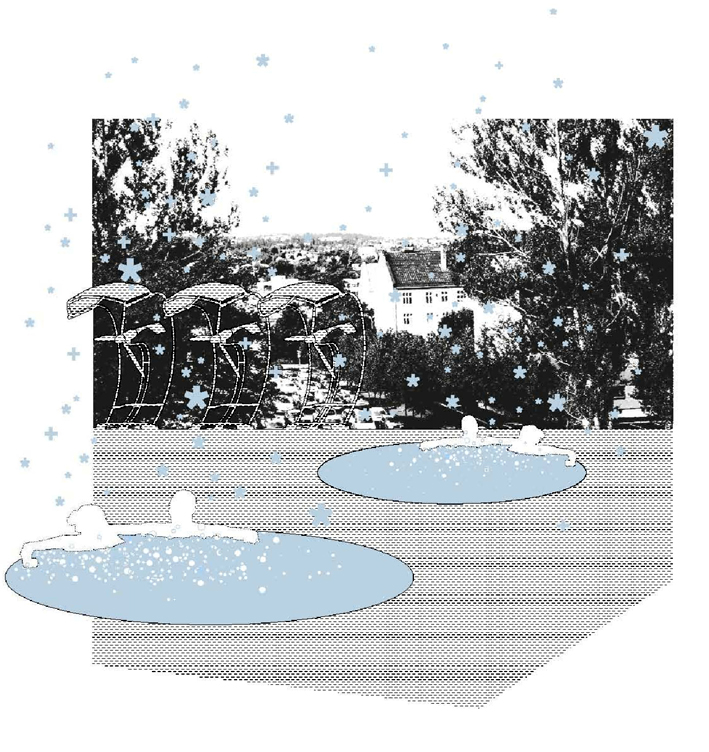 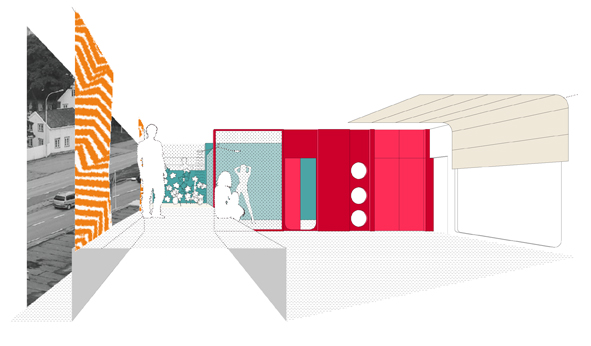 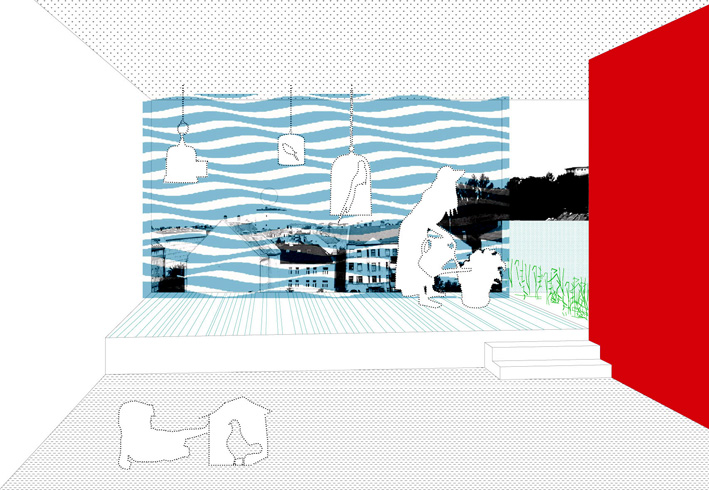 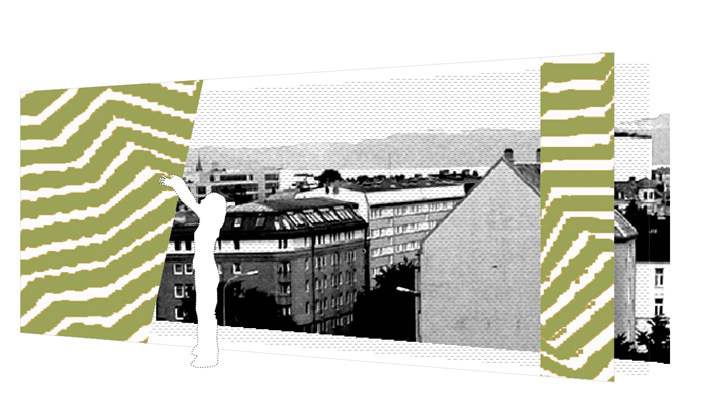 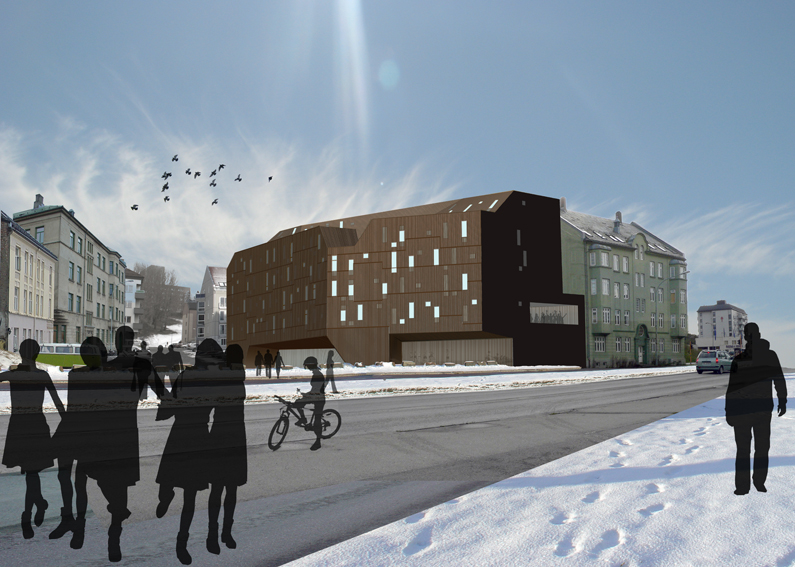 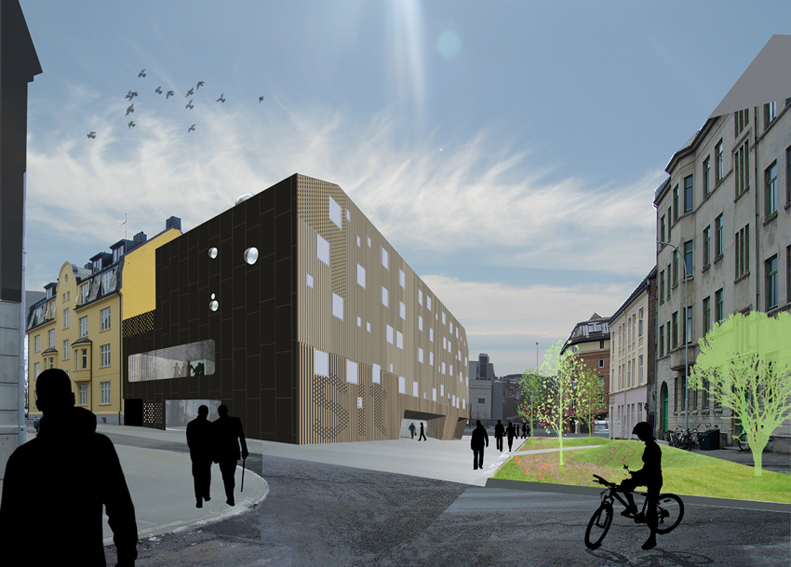 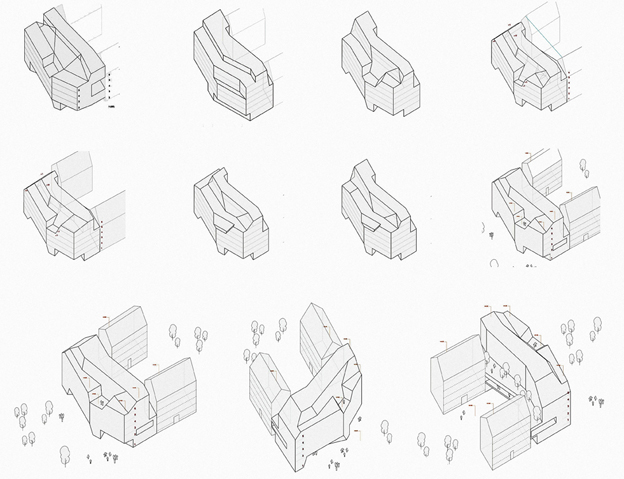 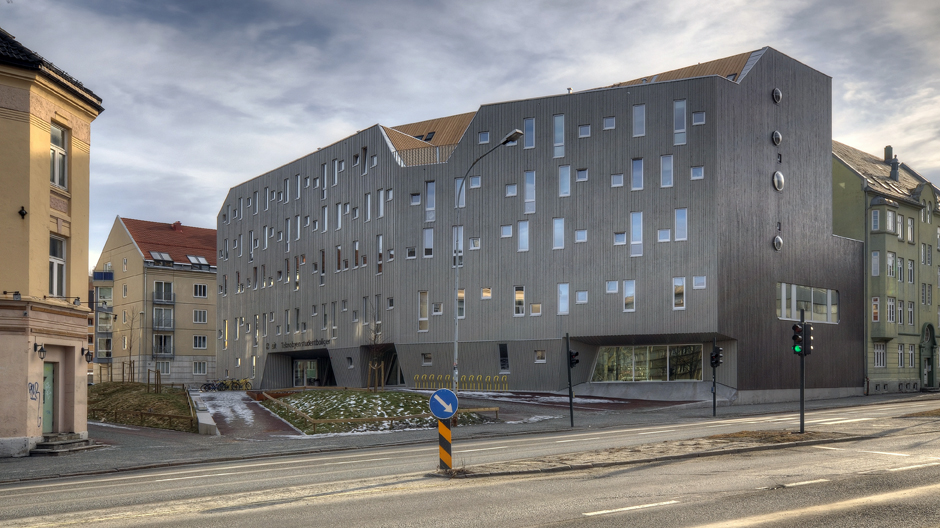 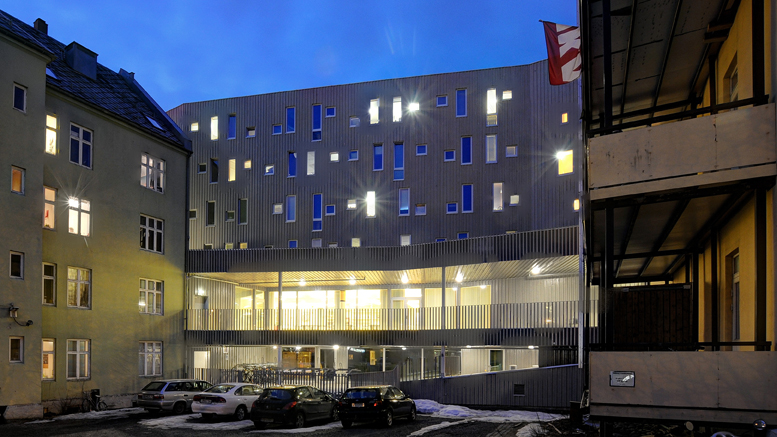 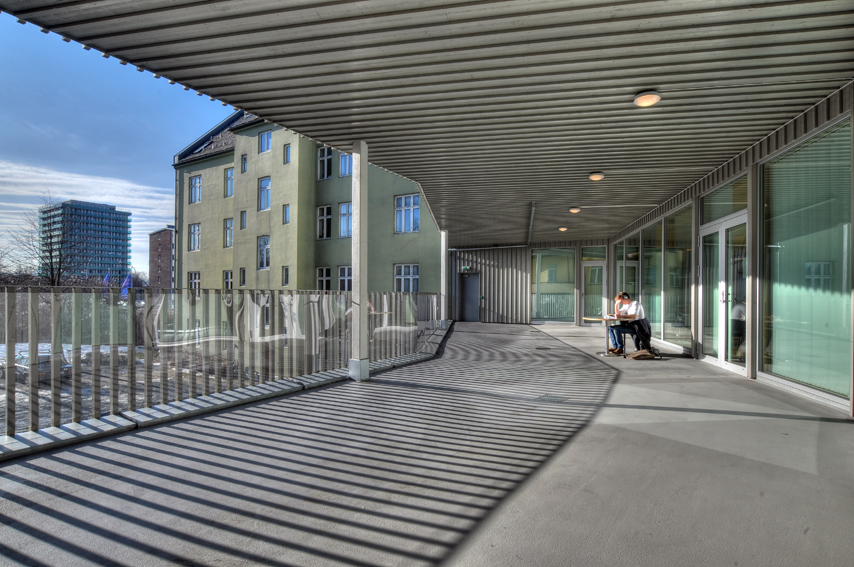 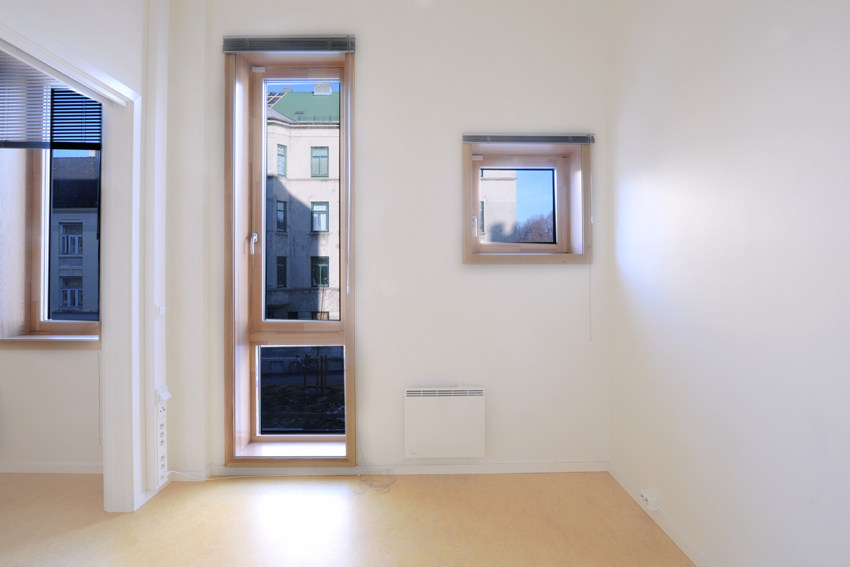 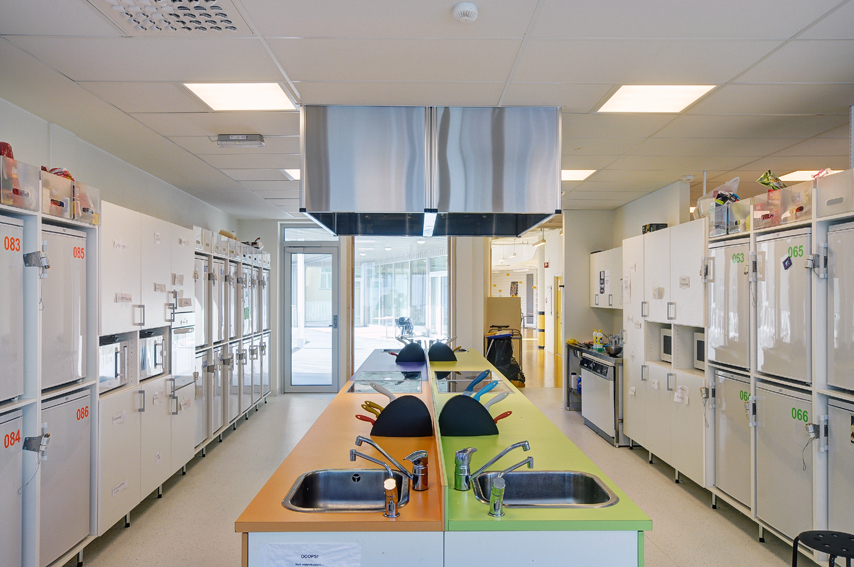