The project is approaching the topic of public space at the periphery by two strategies with differing levels of intervention. Three types of residents, with appropriate radiuses of activity, are introduced in order to evaluate the existing situation in the study area. This method guides to a re-interpretation of the urban quarter so that existing but often hidden qualities are enhanced and re-valuated. An overall development plan fosters the spatial and temporal correlations of the several small scale projects as well as it calls for cooperation between different players (i.e. public private partnership for street furniture).
The housing project itself reacts to the insularity of the periphery: It forms a new island which clearly separates the outside to define an inside. The so generated courtyard is divided into individual, smaller scaled areas and - considering the residents - equipped with specific programmes.
In order to encourage a feeling of identity the whole project is divided into ten individual houses with a specific range of apartment types and common spaces. On the inhabited roof level common areas and pathways are offering a tour over the roofs.
To constitute a community of the new residents a participative activation process is accompanying the actual planning and building process. The widely differing individual needs concerning social infrastructure and services can be fulfilled within a modular system of facilities.

Just after the competition, the team entered in a discussion phase with several actors included Wien Holding, the head of the housing cooperative GESIBA, the head of the district and Europan secretary. They had to sharpen their ideas and their concepts. It was also discussed whether the team should consider rezoning the area but then they decided that through a slight translation of the urban plan without really losing a lot of the qualities, they could avoid this time consuming process. At the end of this first phase it was decided that the project should be realised within the framework of the Wienese Subsidised Housing, which meant that the site should be divided into three smaller parts and that another competition called Bauträgerwettbewerb should take a place. The team was invited both to build one part of this project and to contribute to elaborate the competition brief. In order to pursue their idea from Europan competition, the team involved additional experts for landscape architecture and for participation and all together they formulated additional rules and regulations for this competition brief, which should complement the existing zoning. These rules concerned the configuration of the whole project, but also the character of the garden courtyard, the rooftop route, several main common spaces in each project part and that should be included in each project a participative activation process.
Studio uek worked on this specific element of urban porosity, on connecting points between the outside road, the surroundings and the inside world of the housing project.

Two Austrian teams were selected to build the two other parts of the area. The first one (ARGE Köb&Pollak / Alexander Schmoeger) on the North side worked on experimental housing providing apartments from a very small size like 30m2 up to big shared apartments. The second team (goya ZT GmbH), in the South part, focussed on young and urban housing with a lot of sports and leisure facilities inside the housing project. Studio uek built 171 housing (of which 30 are sheltered housing) + a geriatric day centre. The three built parts have some common spaces dedicated, for some of them, to support the small community of the building and for some other, to offer possibilities to inhabitants of the whole project (like the “play and celebration space” in the studio uek part). A roof-top-route links the three built parts offering also collective spaces (like tenants flowerbeds, glass house, summer kitchen…).
The participative activation process allowed inhabitants to define the programs for smaller common spaces and they were also involved in the management of the flowerbeds/ garden on the roof.
The project was finished and handed over to the inhabitants in Spring 2013. 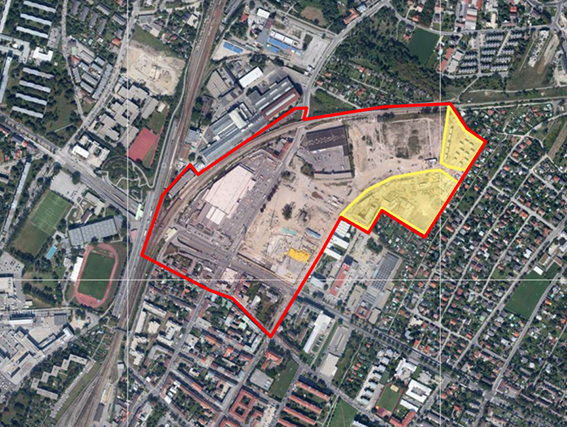 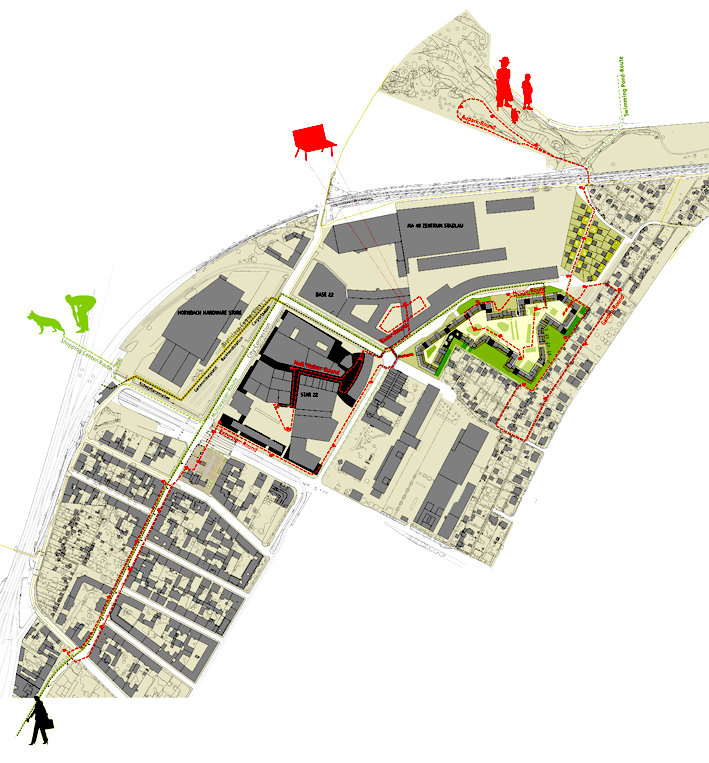 The concept reflects the full city scale by introducing different potential residents and their varying scales of mobility, so that the existing fabric is reinterpreted through the newly proposed constructions, which also offer a rooftop promenade. 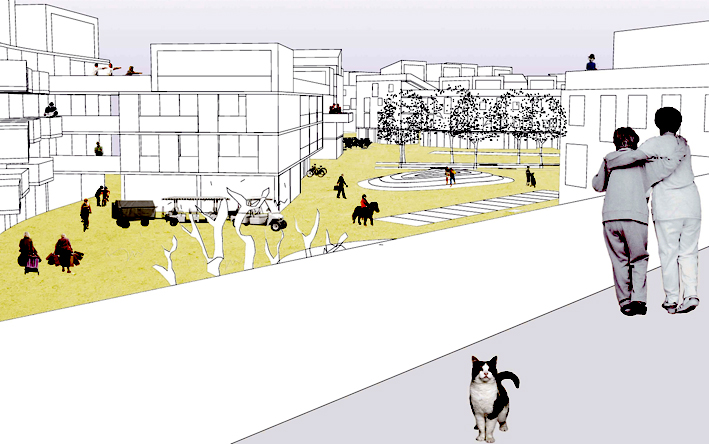 In order to introduce a real neighbourhood in which the community can meet, the project uses different strategies, including that of multiple routes both between but also on the roofs of the buildings around the district.

The plan developed in this project emphasises shared spaces, both indoors and outdoors. And to further support the growth of a sense of community between the new residents, a participatory scheme is introduced alongside the planning and construction arrangements. 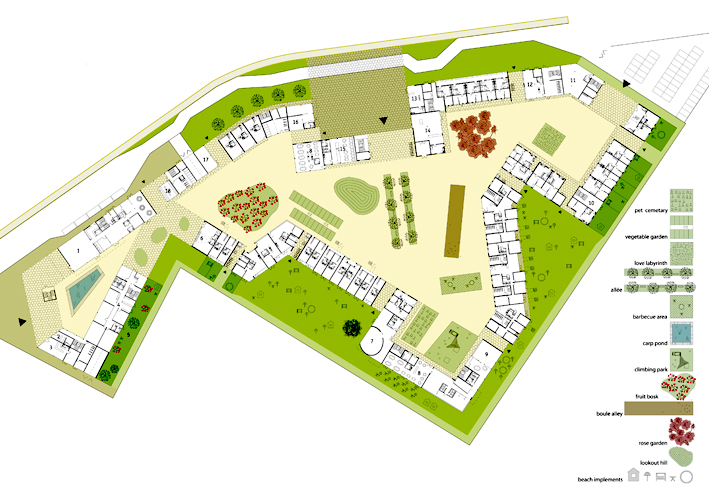 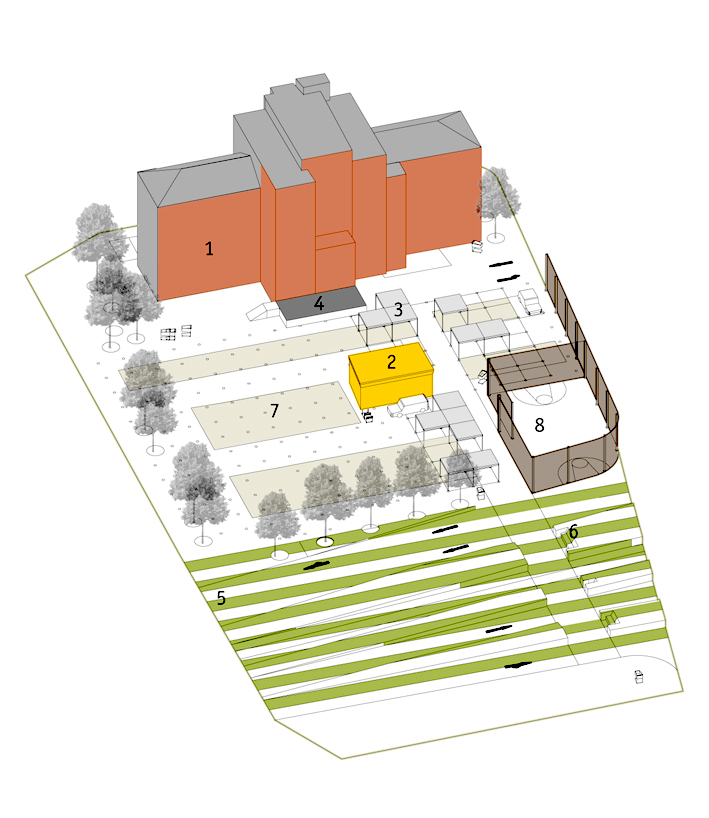 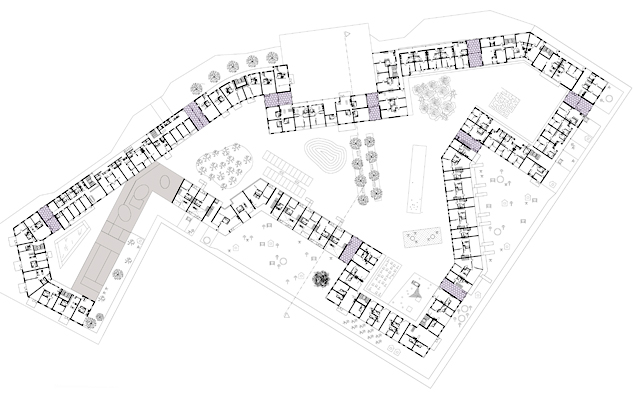 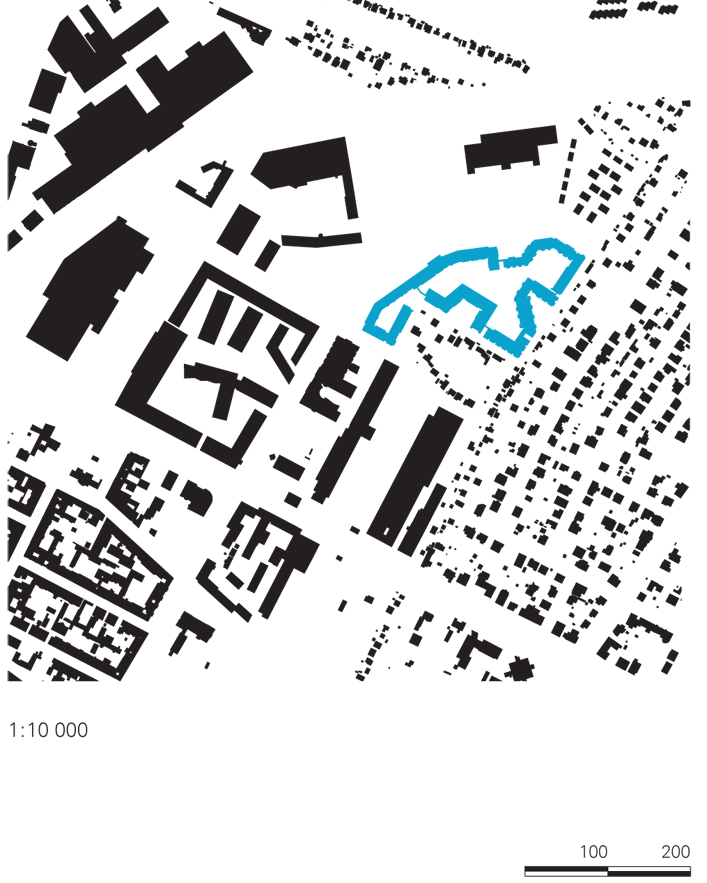 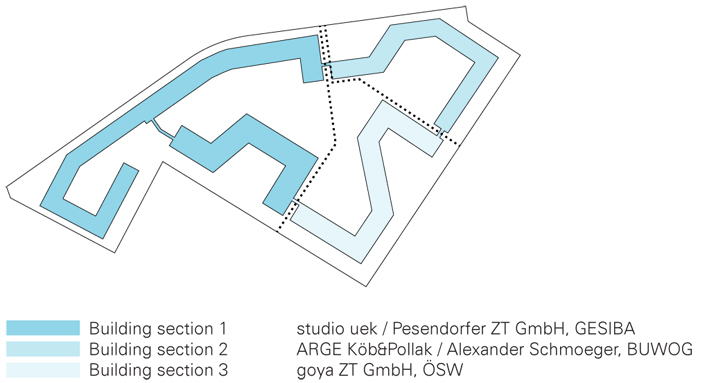 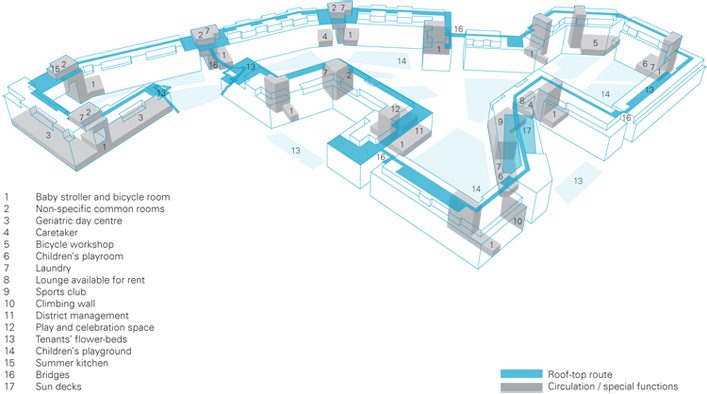 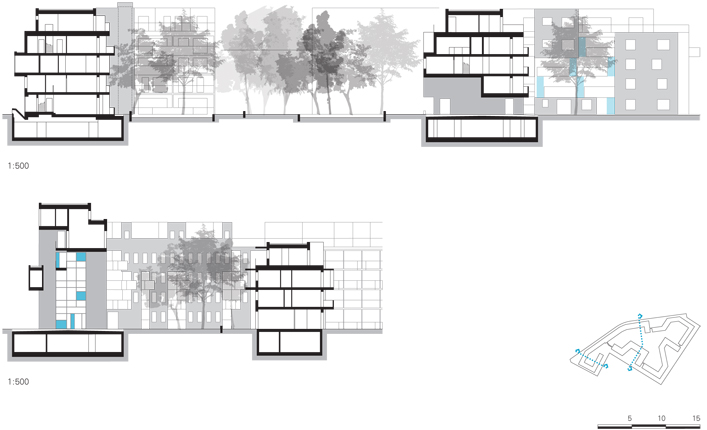 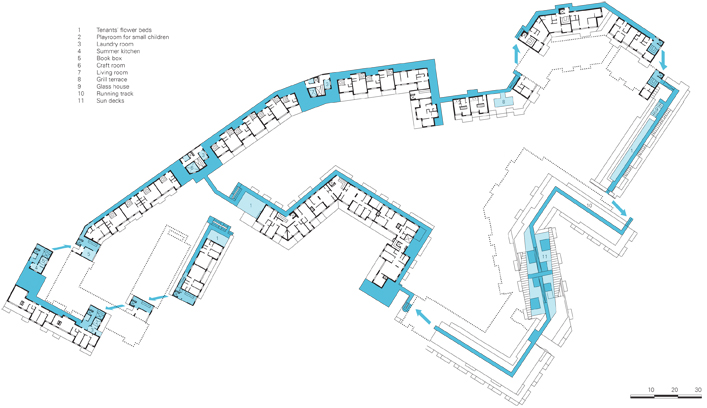 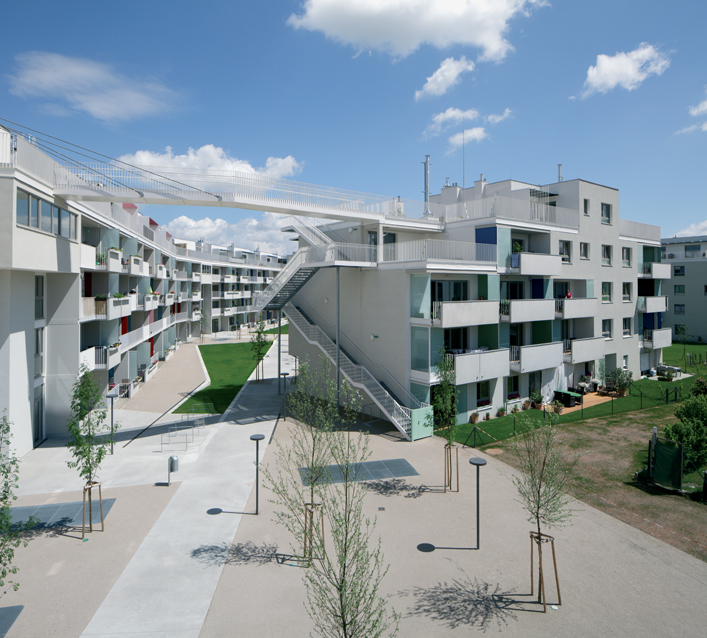 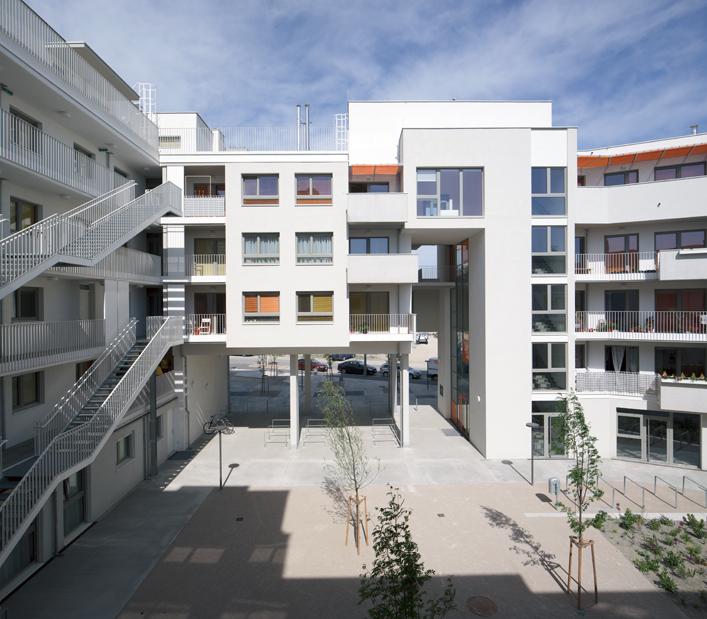 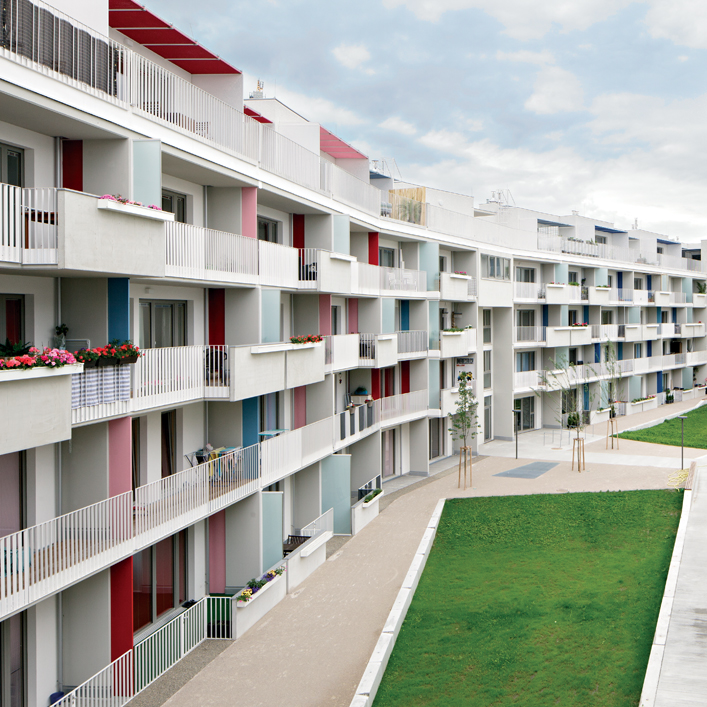 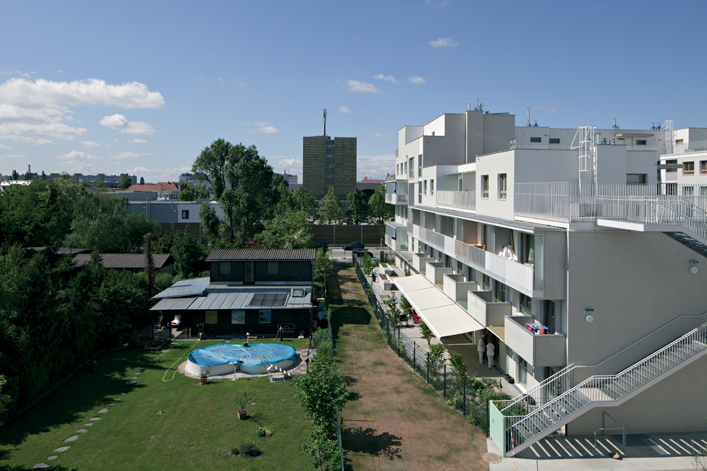 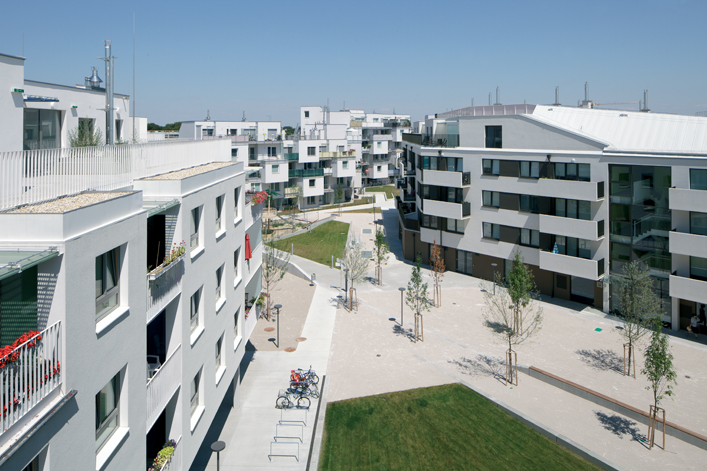 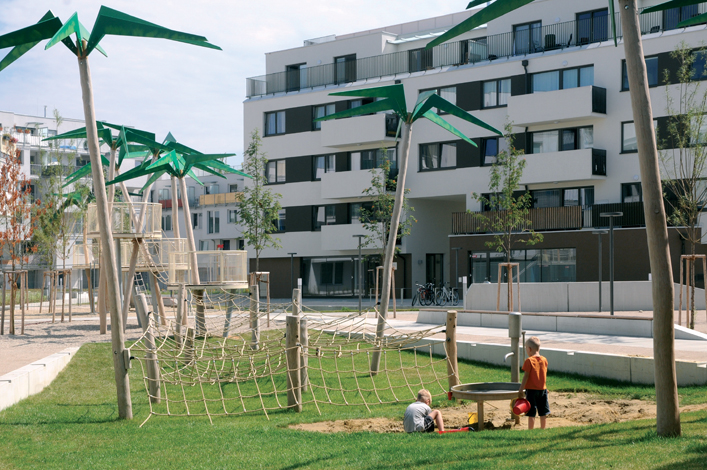 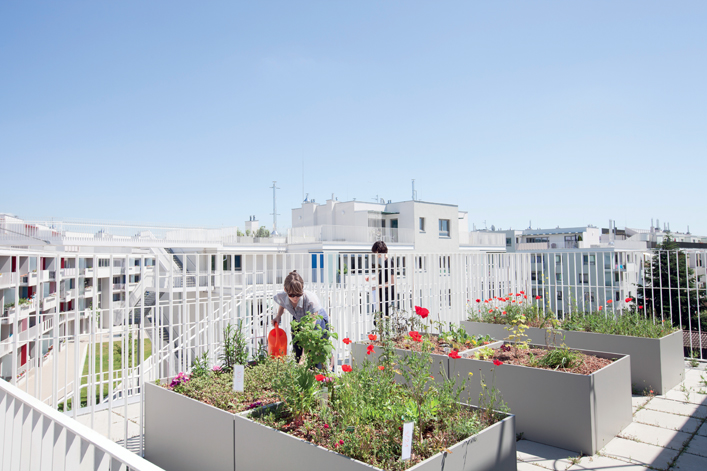 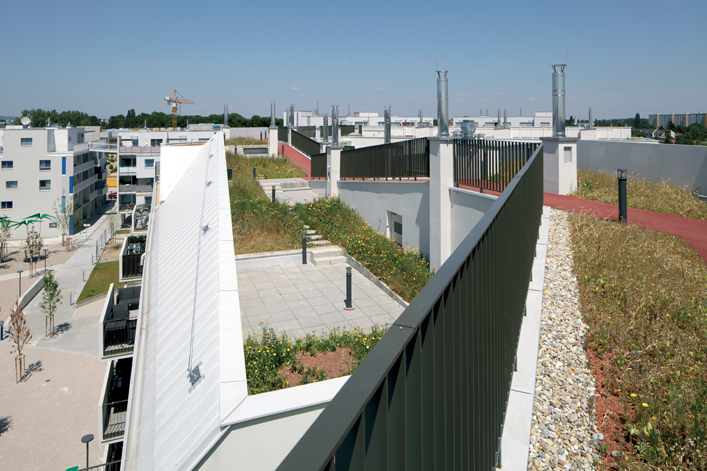 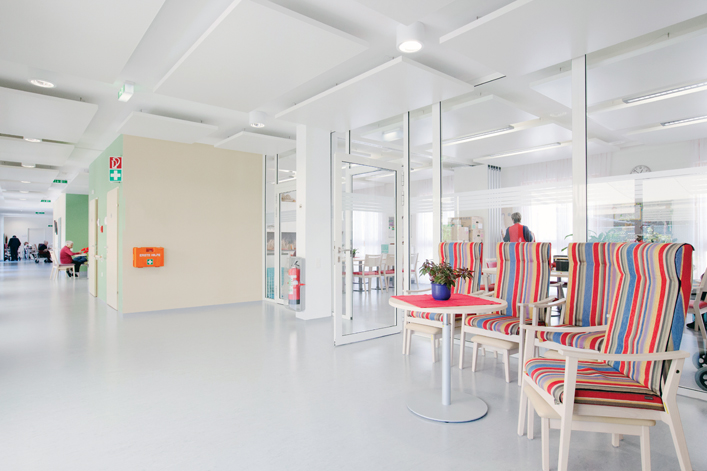 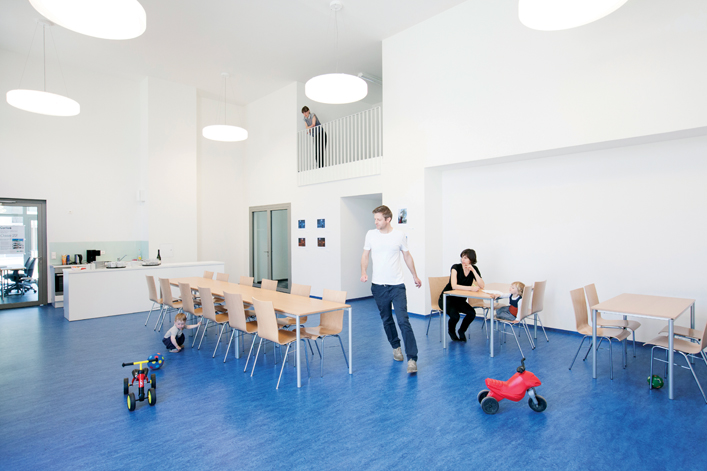 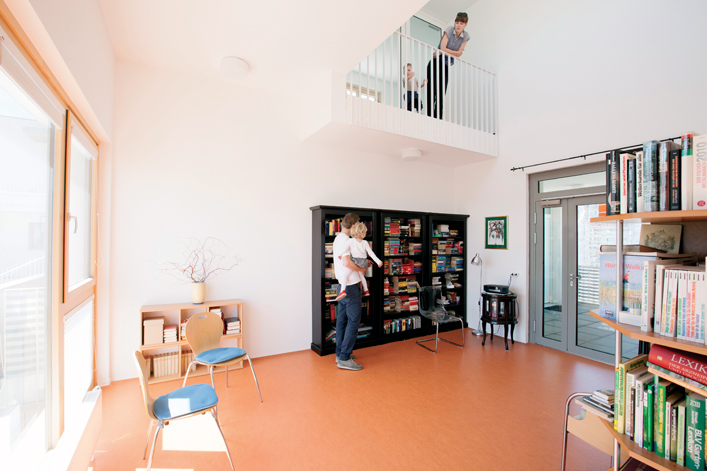 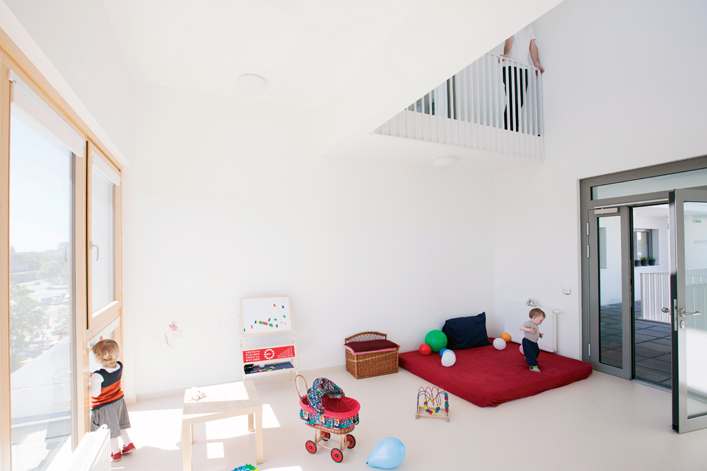