The “parable of the Hedgehogs” of Arthur Schopenhauer is a reflection on the ideal distance between two individuals, two groups or two neighbourhoods. Seeking out the right balance of « not too near, not too far », the proposal restructures a run-down urban landscape by juxtaposing public spaces with a very urban connotation, and a more communal residential zone. The urban project knits the plot back together by a juxtaposition of transversal bands, drawing its inspiration from a typology that is specific to Roubaix. It becomes a vast, semi-private, planted villa. It legitimises its urban position by two clearly marked car parks. These punctuate the arrival into the town centre, and give order to a fragmented urban fabric. A range of composite and adaptable housing incorporates evolutive family models.

Following the competition, the winning team obtains a series of urban design commissions included a feasibility study for a public parking silo.
In 2003, in the run-up to Lille 2004, the eastern part of the Sarrail-Fabricants block was put out to tender as part of the experimental “Villas en ville”. The competition is won by another team who plan to build townhouses in the centre of the block and along rue des Fabricants, based on specifications set by Bathilde Millet and Julien Rousseau, winners of Europan competition. In the end, the breakdown of negotiations between the different partners on the financing of the parking silo stopped the experimental project “Villas en Ville” won by another team. This stop revived the Europan Villas Sarrail project, which took on its final appearance in 2006. A private developer Pierre et Territoires de France who wanted to build a housing programme near the town centre, chose Bathilde Millet’s team. Initially, the promoter only planned to build along rue du Général Sarrail, but the architects succeeded to modify this approach in order to restore some of the typological variety present in the original Europan project. The architects reworked the project in two stages: first reconstituting the building frontage on all the plots, then changing the volumes in keeping with the typological variations. Multiple typologies to generate diversity, multiple entrances to facilitate encounter, are the basic principles of the team. The layout plan give a deceptive impression of homogeneity: the frontage on the main street consisted of dual-aspect apartments, with small independent attic units above resembling rooftop houses. On Rue Neuve was a block of split-level apartments, and opposite the public car park, five four-storey townhouses. The different parts of the operation were bounded by decked external spaces, balconies or patios, available for use by the occupants.

The programme reached the marketing phase in 2008, right in the heart of the real estate crisis. The balance of the project was under threat and the team had to find a way of saving €1.2 million on the construction budget. The external insulation system was andonned and the façade treatment lowered with the use of render instead of brick for the collective housing buildings.
Finally, some of the large apartments were converted to smaller, easier to sell units.
The idea was to involve a social mix in a large typological variety while respecting the requirement of densification. Finally, this hypothesis was further amplified in terms of diversity through the work of precise distance between public and private spheres, by the development of a route between the city and residential heart of island, through the treatment of housing extensions and of shared spaces. Its implementation has revealed to all players in the operation of a value-added analysis process more complex but nevertheless leading the project on enriched morphological, functional or social tracks. 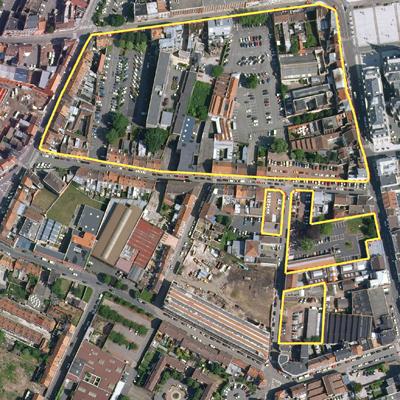 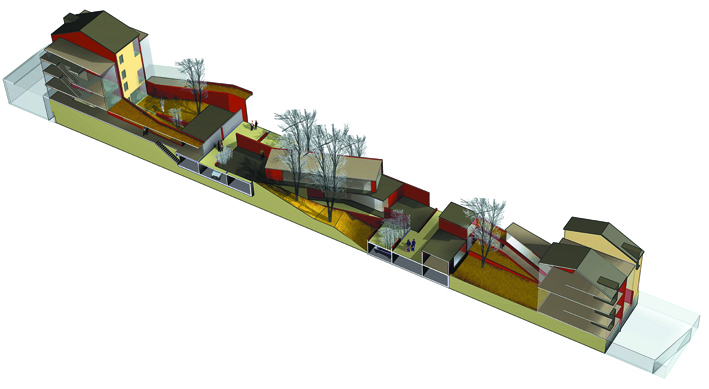 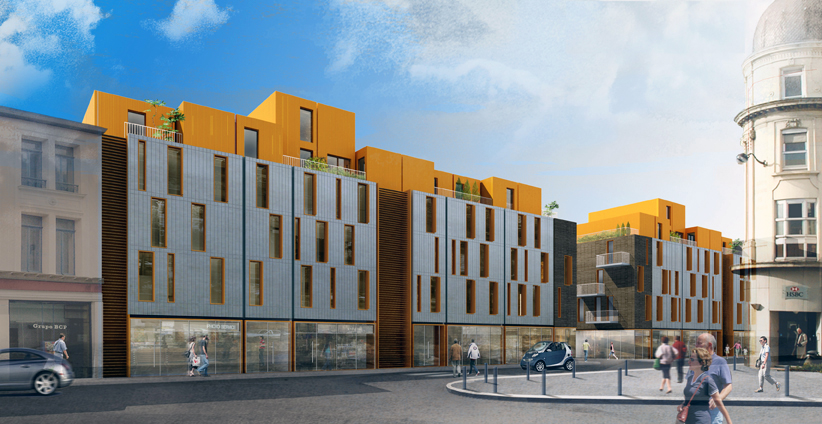 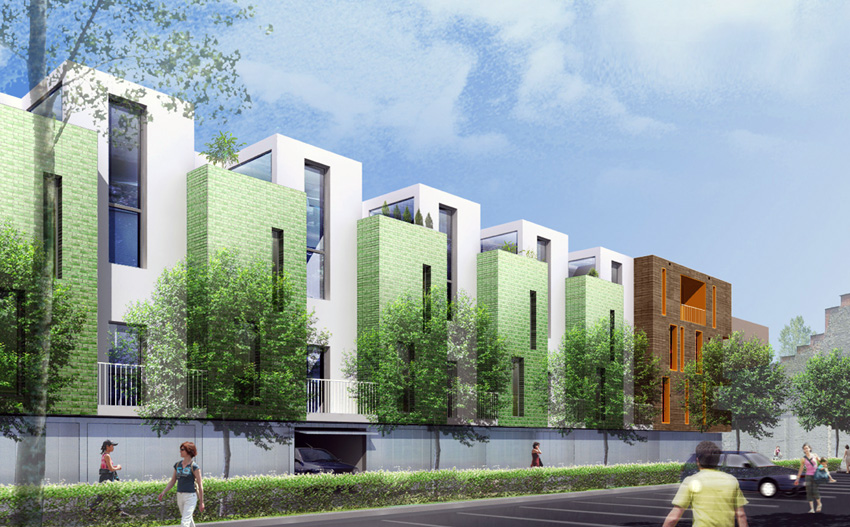 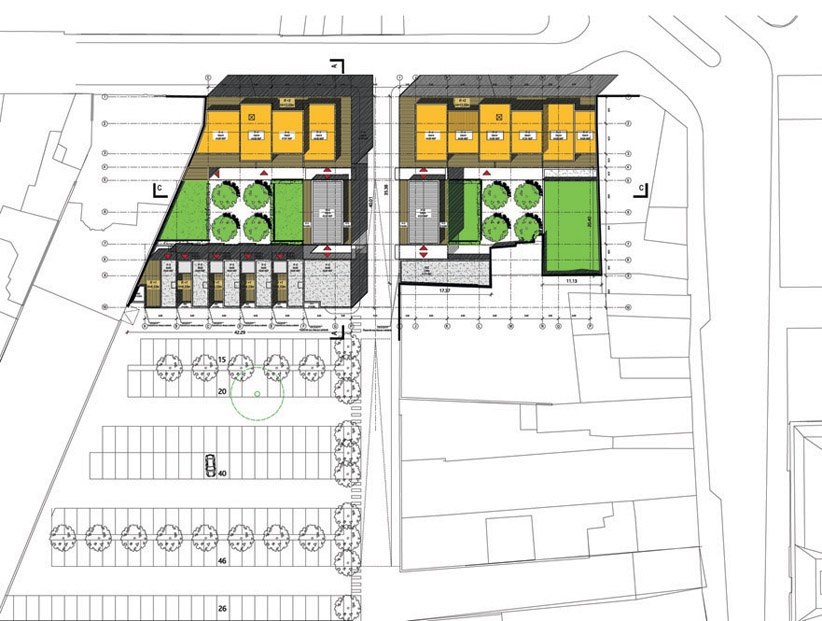 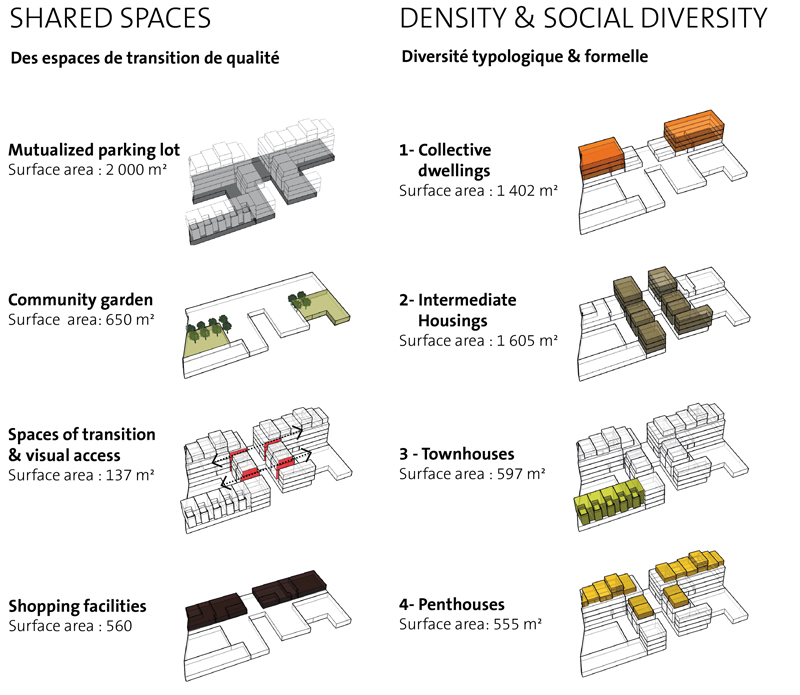 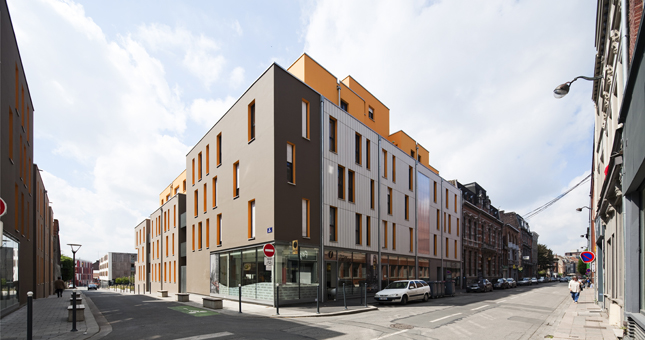 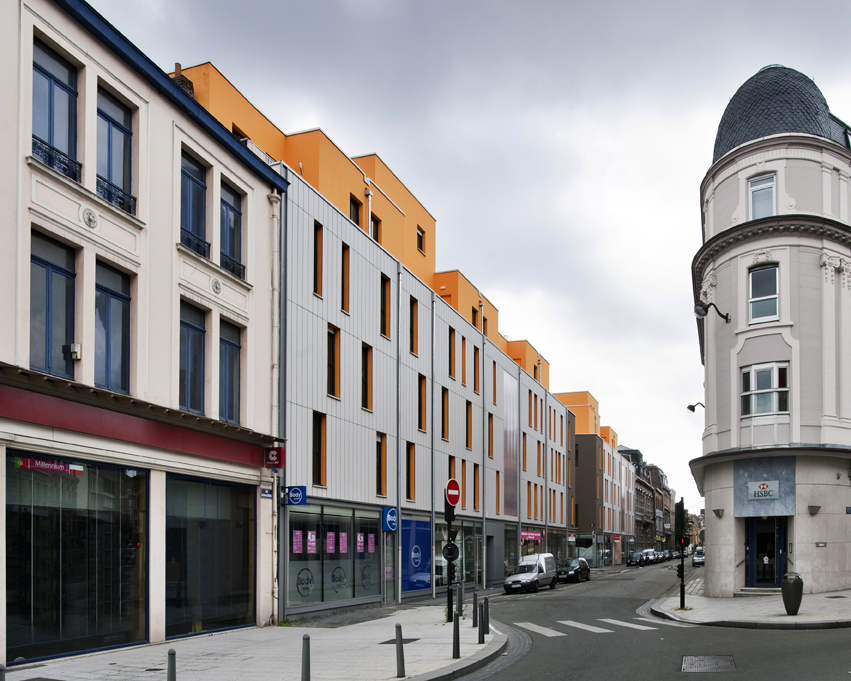 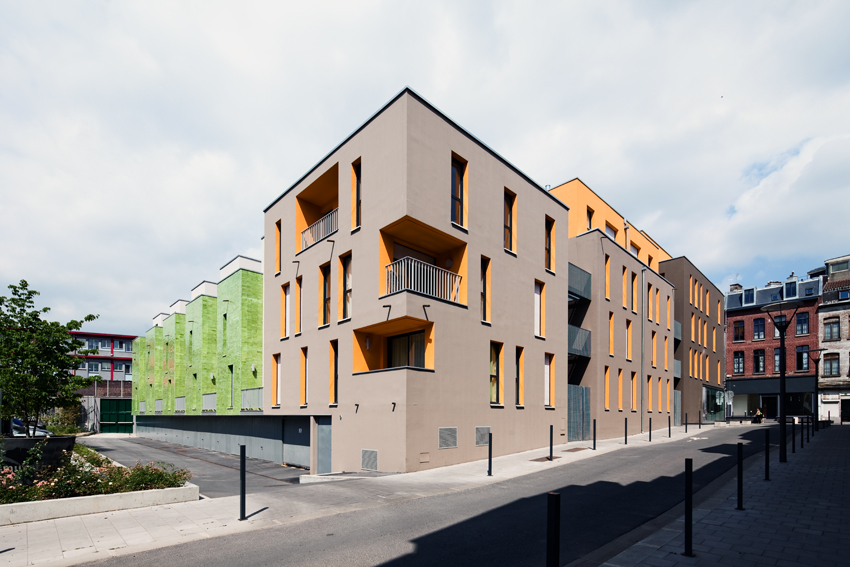 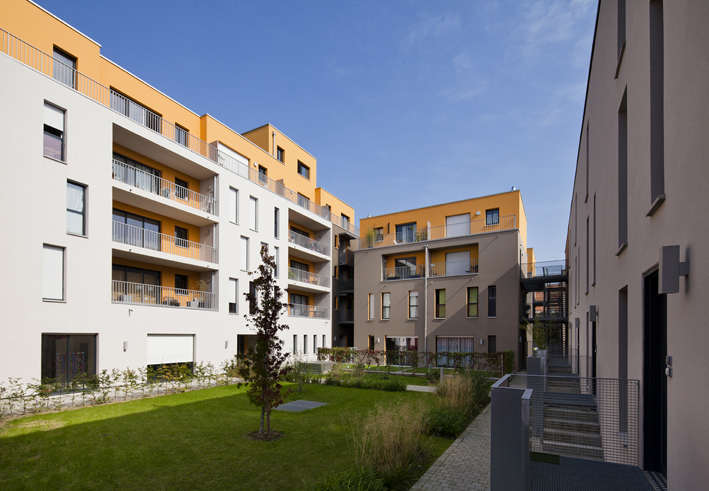 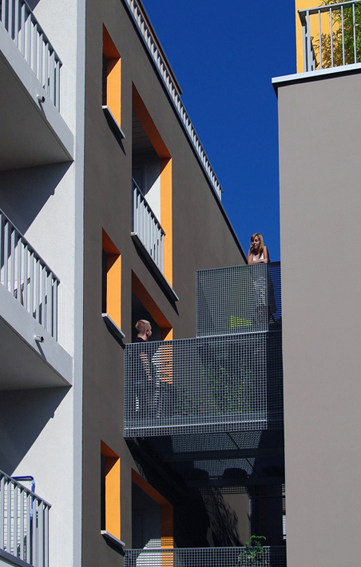