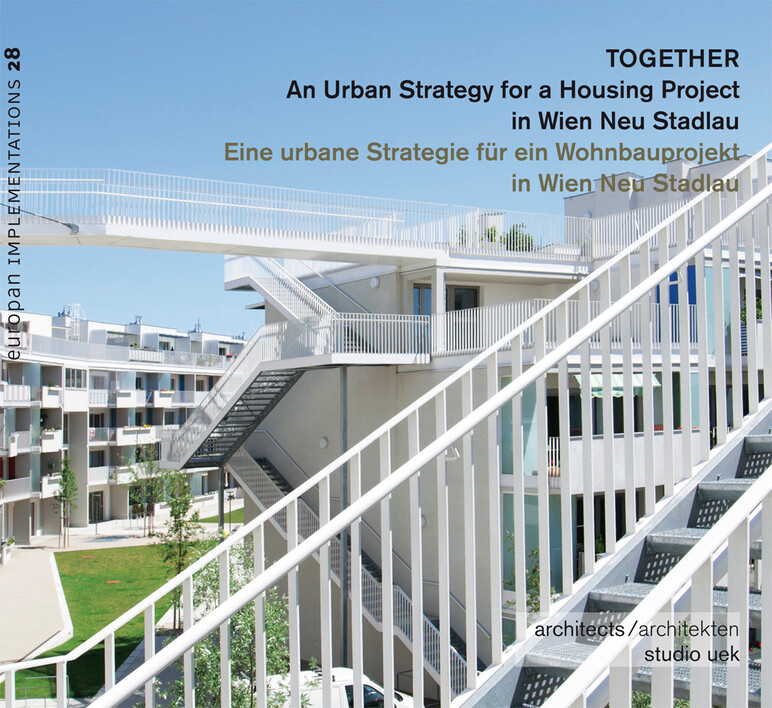 Together – An urban strategy for a housing project

How to revitalize a former industrial site taking into account all the several scales? How to link the different development projects to create a dynamic district? How public space can act as mechanism of integration?

The architects from studio uek, winner of Europan 9 in Vienna (AT), proposed a re-interpretation of the urban district so that existing qualities are enhanced and re-valuated. Their housing project reacts to the insularity of the periphery: it forms a new island which clearly separates the outside to define an inside. The so generated courtyard is equipped, considering the residents, with specific programmes. On the inhabited roof level common areas and pathways are offering a tour over the roofs.
Almost immediately after the competition, the team started an implementation process for housing on the competition site in partnership with GESIBA, using the guidelines of the Europan project as a brief.
Studio uek define the urban plan for the whole site, then design the architectural project and built 171 housing units from the 319 planned. Two other architectural teams design and built the other 148 on the base of the global plan designed by studio uek.
A specific work is made on the building porosity to create a link from inside to outside as well as public spaces providing various forms, adapted to the needs of the several user groups.