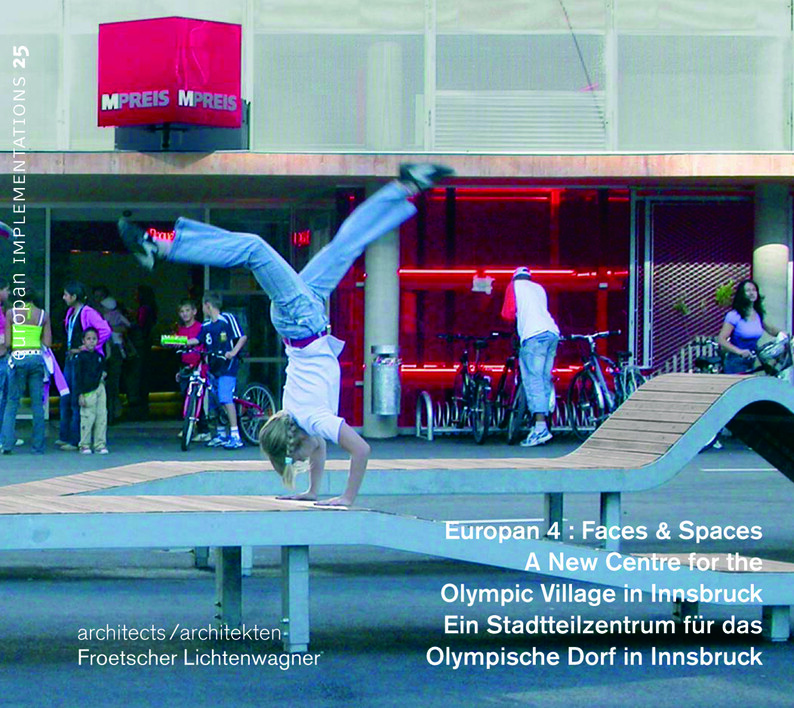 Faces & Spaces
A new centre for the olympic village district

The architects Willy Froetscher and Christian Lichtenwagner, winners of Europan 4 in Innsbruck (AT), propose in their competition an unity generated by a single new building and a clearly defined square with its underground car park, designed as a living platform for social interaction. The building's compactness creates a sense of design and its plain shell is divided into distinct parts with different functions.

The implemented project introduces modifications to the programme, but without change to the morphology of the original project. The architects try to maximise spaces: the two-storey horizontal part accommodates all the public functions and defines a large central urban space. The tower, a long-drawn incision in its environment, is set aside for dual-aspect dwellings with panoramic views over the landscape. The square is non-traditional, designed as a platform for urban services with the car park as a dynamic base. The architects obtained agreement for a shopping centre (M-Preis) which enlivens the public space.