-2- NATIONAL AND INTERNATIONAL ANALYSES OF THE RESULTS 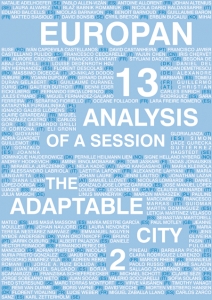 The 15 juries for the 13th session of EUROPAN have made their choices amongst the 1,305 projects submitted on 49 sites in 15 different European countries. The winning teams are officially announced on December 4th, 2015, and available online on www.europan-europe.eu

The juries named 93 prize-winning teams –among which 44 winners, 49 runners-up– and 61 special mentions. The 93 winning teams are based in 23 different countries – 53% of them won in their residence country; half the teams hence won abroad, confirming the willingness of young professionals to tackle a context outside their experience. The teams that were most motivated to compete abroad are settled in Spain (16 teams out of the 22 winning teams based in Spain won a prize on a foreign site), France (8 teams out of 28) and Italy (8 out of 8).

The EUROPAN 13 competition –a European competition of urban and architectural projects leading to implementation, conducted in partnership with European municipalities, local authorities and clients– was organised as a joint initiative by 15 European structures. This session topic was: The Adaptable City: Self-Organization – Sharing – Project (Process). The participating cities were confronted to the major challenges concerning the adaptability of European cities: adaptation to the need for more sustainable development but also to the context of an economic crisis that most of the European cities are currently undergoing. They also proposed concrete innovations in the order given by the site representatives, arousing new project approaches by young competitors.

The national juries drew up a shortlist of proposals between July & October 2015. These jury sessions were followed by a European comparative analysis of the shortlisted ideas, which took place at the Forum of Cities and Juries held on Nov. 6th and 7th, 2015, in Bratislava, Slovakia. The final selection of the winning projects by the national juries was done in November.

The wide diversity developed in the winning projects presents urban/architectural spaces allowing new ways of sharing collective space and governance methods requiring a chronotypical approach, blending the spatial and temporal dimensions. They propose a sensitive form of urban planning, where different places can be used at different times, and rethink the quality of the spaces from that perspective, raising the question of the “hospitality” of urban spaces and their appropriation by city users. Many of them introduce intensive development projects, even in many different contexts, to better connect them with the realities of the contemporary city.

The European Results Catalogue will present the winning projects (winners, runners-up, special mentions) with the winning teams’ and juries’ points of view. Experts will analyse the results from the angle of the innovating proposals on the session topic. The catalogue will be available for sale (on the European website and in bookshops) and for free online consultation (low definition) from February 2016. A copy will be sent to every winning team.