2. NATIONAL AND INTERNATIONAL ANALYSES OF THE RESULTS 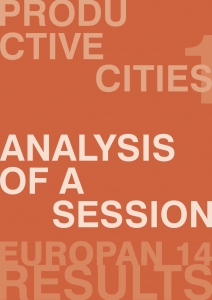 The jury reports are to be found in the right-hand column along this article.

The 11 juries for the 14th session of EUROPAN have made their choices amongst the 1,003 projects submitted on 44 sites in 13 different European countries. The winning teams are officially announced on December 1st, 2017, and the list of winning teams will be available online on www.europan-europe.eu

The juries named 136 rewarded teams –among which 41 winners, 47 runners-up plus 48 special mentions. The 136 winning teams are based in 20 different countries – 60% of them won in their residence country; 40% of the teams hence won abroad. The teams that were most motivated to compete abroad are located in Italy (13 teams out of the 18 winning teams based in Italy won a prize on a foreign site), Spain (12 teams out of 17) and France (7 out of 38).

The EUROPAN 14 competition –a European competition of urban and architectural projects leading to implementation, conducted in partnership with European municipalities, local authorities and clients– was organised as a joint initiative by 13 European structures. This session topic was: Productive Cities. The participating cities bet on the return of the productive economy within the city. They were wondering on the possible combination of housing and production, but also on the various possibilities to bind citizens together through the integration of the different production cycles (distribution, waste, consumption) into their everyday life. This productive process aimed at generating new levels of proximity among people and at unifying housing with production.

The national juries drew up a shortlist of proposals between July & October 2017. These jury sessions were followed by a European comparative analysis of the shortlisted ideas, which took place at the Forum of Cities and Juries held on Oct. 20th and 21st, 2017, in Helsinki, Finland. The final selection of the winning projects by the national juries was done in November.

The winning projects illustrate the deep interest of young European teams (among which many are multidisciplinary) in the creation of synergies between nature and artefact, introducing the issue of natural cycles and risks in the management of the city and betting on resilience effects to fix the urban errors from the past. Many projects rely on local resources to conceive a sustainable urbanism and restructure mobility in order to make the dynamic of the production areas and the quality of the urban life compatible. The main issue in this session’s winning projects is the creation of new typologies creating a diversity of uses and practices among citizens. The projects’ concern is also to propose processes creating synergies between production and the public and private sectors, allowing citizens to take initiatives and favouring collaborative practices.

The European Results Catalogue will present the winning projects (winners, runners-up, special mentions) with the winning teams’ and juries’ points of view. Experts will analyse the results from the angle of the innovating proposals on the session topic. The catalogue is available for sale (on the European website and in bookshops) and for free online consultation (low definition) from now on.