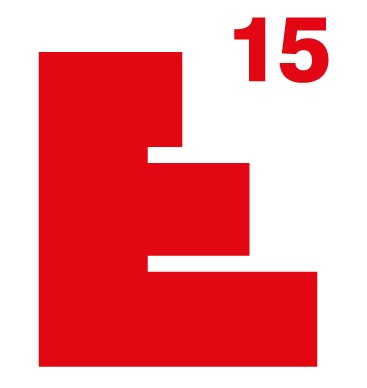 44 WINNERS, 47 RUNNERS-UP and 45 SPECIAL MENTIONS on the theme

The winning teams are officially announced on December 2nd, 2019, and the list of winning teams will be available online on www.europan-europe.eu

The juries named 136 rewarded teams –among which 44 winners, 47 runners-up plus 45 special mentions. The winning teams are based in 17 different countries – 2 thirds of them won in their residence country; 1 third of the teams hence won abroad. The teams that were most motivated to compete abroad are located in Italy (9 teams out of the 13 winning teams based in Italy won a prize on a foreign site), Germany (5 teams out of 9), Norway (3 teams out of 6) and Spain (8 teams out of 34).

The EUROPAN 15 competition – a European competition of urban and architectural projects leading to implementation, conducted in partnership with European municipalities, local authorities and clients– was organised as a joint initiative by 12 European structures. This session theme was: Productive Cities 2 prolonging the E14 theme. The participating cities bet on the return of the productive economy within the city.

The national juries drew up a shortlist of 230 proposals between July & October 2019. These jury sessions were followed by a European comparative analysis of the shortlisted ideas, which took place at the Forum of Cities and Juries held from Oct. 18th to the 20th, 2019, in Innsbruck, Austria. The final selection of the winning projects by the national juries was done by the end of November.

The 136 teams, the members of which are all younger than 40, are composed by 424 associates considered as authors of the projects and assisted by 115 collaborators. Among these associates, 67% are architects, 17% are urbanists, 4% are landscapers and 2% are engineers. The Master students allowed to participate in the competition with, at least, 1 professional are 8,5% of the associates and are spread among 14 awarded teams. The average age of the associates is 30 years old.

The awarded projects have shown a strong interest from young European teams (which some of them are multidisciplinary) to create synergies between production and regeneration of the cities:

These are all the questions brought up by the cities to which the awarded projects gave innovative answers (projects) and proposals about their implementations (processes).

Beyond the competition phase in which several innovative and contextualised ideas are selected, and after a communication intermediary phase around the awarded projects and teams (exhibitions, catalogues, debates, workshops), the cities and their partners which proposed a site commit to follow some of the projects through urban studies, strategic projects and implementations.

The European Results Catalogue will present the winning projects (winners, runners-up, special mentions) with the winning teams’ and juries’ points of view. Experts will analyse the results from the angle of the innovating proposals on the session theme. The catalogue will be available for sale (on the European website and in bookshops) and for free online consultation (low definition) next spring. You can preorder it from now on.