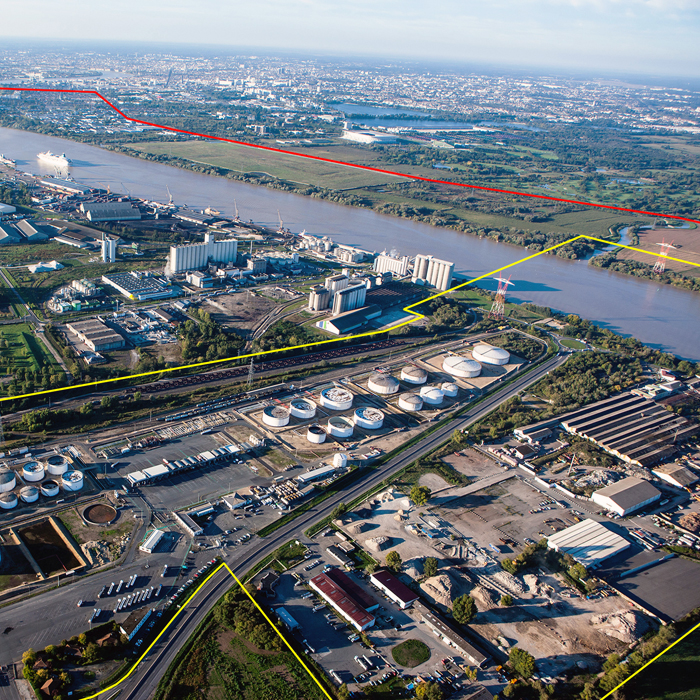 The project site area, between the limestone plateau and the alluvial plain raises questions about the role of the river in creating a new territorial intelligence and new links between environments.
The challenges of programmation of use and mobility must be defined, in terms of revitalization and interface, in order to enhance and connect ecosystems evolving in parallel on the site.
A work on the theme of the living city, as a composite city, should therefore make it possible to initiate the setting in spaces and temporalities of new economic, ecological and energy challenges, in a human and sensitive strategic approach.

Bassens is the last dense city north of the Bordeaux metropolis. Extending over more than 1000 hectares, it marks the end of the slope of the right bank of the Garonne.
The topography of the area, as well as the presence of the Bordeaux–Paris high-speed trainline (LGV: ligne grande vitesse), constitute physical boundaries that separate the town into two parts:
- A lower part, the industrial–dockland area, which stretches along the river for more than 4km.
- An upper part, a populated plateau, which develops in the middle of green spaces and natural areas.
Crossing this boundary from the populated plateau to reach the river banks is one of the main challenges for the city of Bassens.
New uses will be developed in connection with the river, in a concern of valorization and preservation.
The hybridisation of the territory, considered on the one hand as an entrance to the city and on the other hand as its limit, should more generally allow the creation of a new coherence including the industrial-port ecosystem.

How can the city be made more accessible? How can it be made more animated? How can it be shared?
The challenges of programmation of use, with regards new ways of understanding, linking and adding to existing urban logistics structures must be considered, in terms of facilities, gathering together and exchange.
The industrial–dockland ecosystem contrasts with adjacent ecosystems, such as that of the residential town, and must be rethought in terms of interaction and amenity.
Spatial multifunctionality must redress years of urban zoning that neglected social, geographic and landscaping contexts, and more generally the possible connections between different environments.
Consideration of daily transport, both for individuals and for business, must also be put at the centre of the reflection.
Relevant solutions regarding the performance of the region and the involvement of new users are requested, taking into consideration any possible consequences on the human and the natural environments impacted which are already present on the site.
In an evolving economic ecosystem, looking for new connections, how can a new diversity also be created, bringing together existing conditions and increasing the capacity of existing urban infrastructures?
How can the area juggle economic and urban development, climatic risks and challenges, transform itself, renew itself and reply to the various issues of biodiversity, resilience and adaptation?
What might be the motors for a participative diversity and decisive redynamisation for our study site, and how can they be made to work together, taking into account the logistic and economic constraints of the industrial–dockland zone?

Two documents FR-BESSENS-PS1-M1 et PS2 show plots indicated as having "immediate operationality". Can you explain more? Does this mean that the plots can mutate or just that the site can evolve in the short term, but maintain its primary functions?

The plots indicated as having immediate operationality are indeed mutable.

The question of evolution and connection of uses is essential.

The other plots can also enter into a mutation process with longer term phasing.

Can we imagine a public access on the sequence of the riverside wharf on site 2 or should we keep in mind that the site belongs to the port of Bordeaux and will therefore remain private?

The sequence of the riverside wharf proposed for the study will in fact remain the property of the port. The question of access, in relation to the uses developped, remains at the initiative of the candidates. We remind you that the public is not allowed to circulate on the riverside wharf and that all the activities that will be implemented there will have to be linked to port and/or metropolitain logistics. Other uses may be developed outside the port.

Is there any GIS data available for the site? (GIS data like Building footprints, Land Use, Rail and road network (including speed limits), Soil data, Contours (Topology) / Slope / Water Images of the development area, Area boundaries in GIS)

All the documents authorized for publication are available for download in the complete site folder from the Europan Europe website, after registration.

You can also visit the Bordeaux Métropole open data site and download additional data and documents at the following adress: https://opendata.bordeaux-metropole.fr/pages/accueil/

Can you provide (or is there any) 3D file for the whole city (shown in page 20 of Site Brief)? If not, we will develop from the DWG and OpenStreet Map.

All the documents authorized for publication are available for download in the complete site folder from the Europan Europe website, after registration.

You can also visit the Bordeaux Métropole open data site and download additional data and documents at the following adress: https://opendata.bordeaux-metropole.fr/pages/accueil/

Can you tell us if the railroad tracks inside the Port are in use or if they are fallow? If they are still in use, is it the SNCF that manages the network?

The railroad tracks within the Port are used or usable. They are managed by the Port. 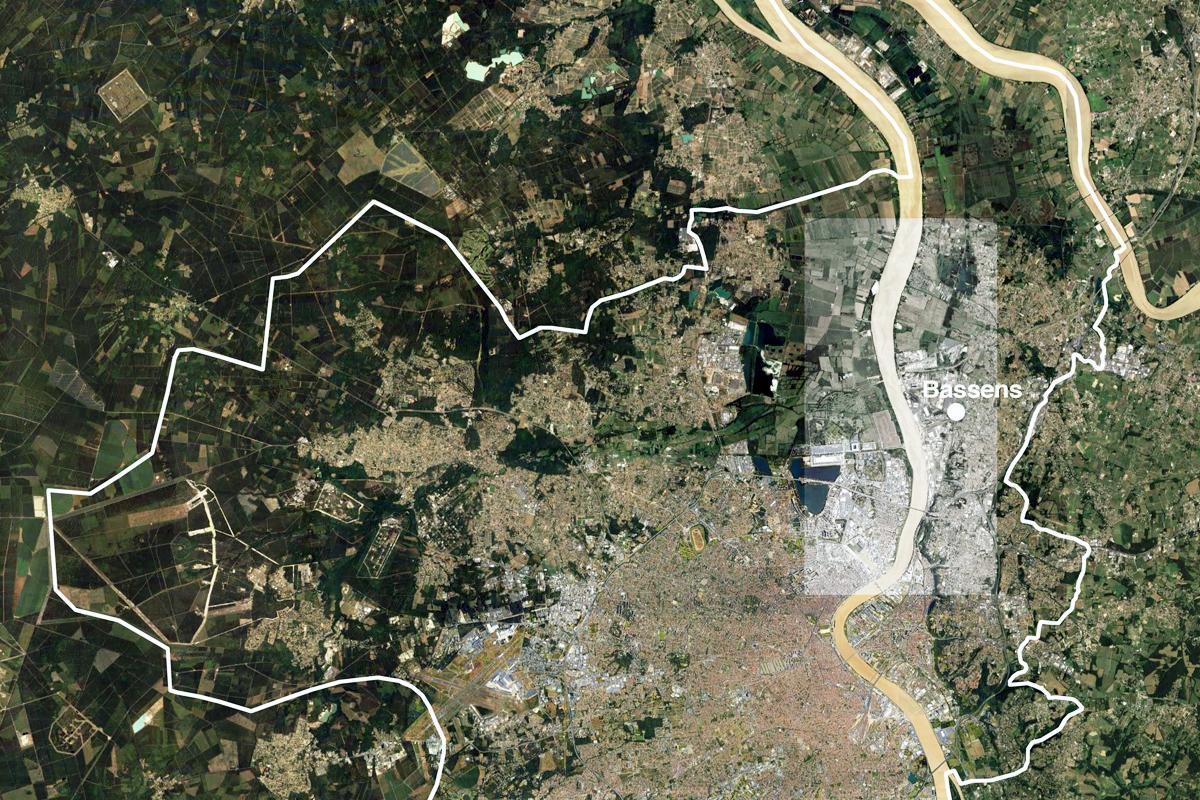 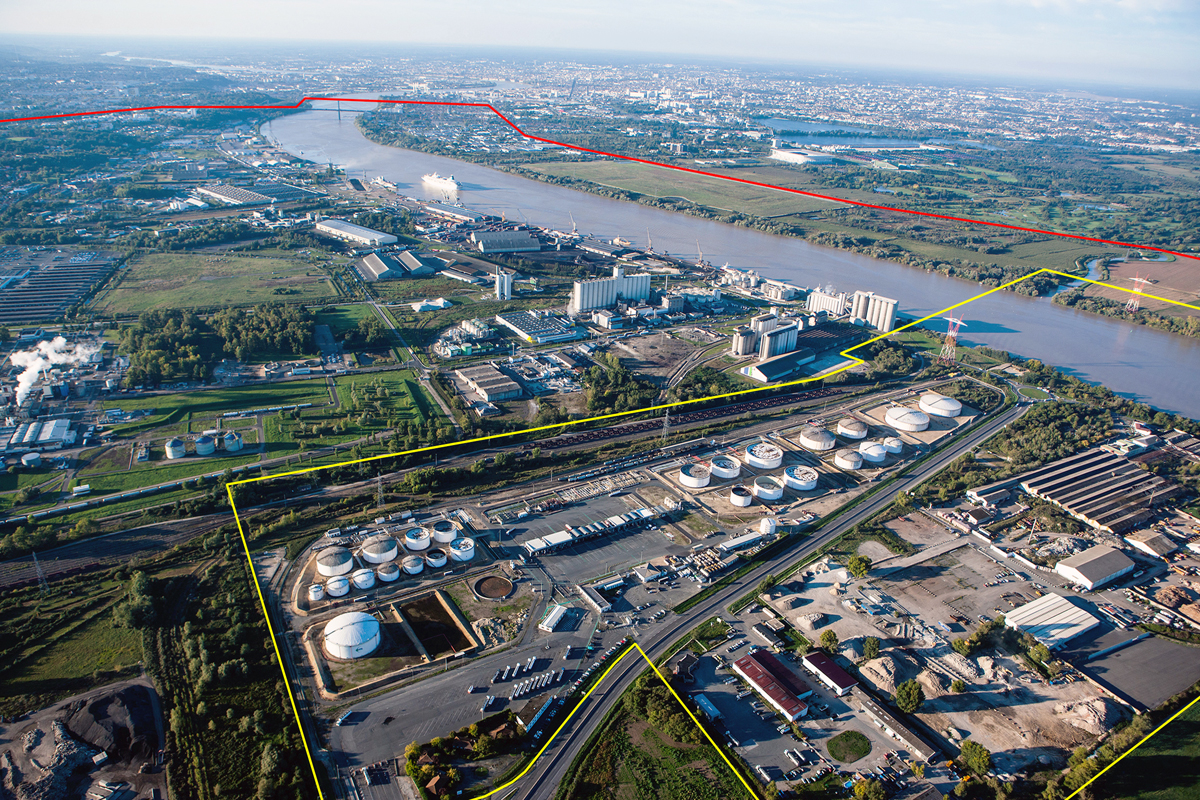 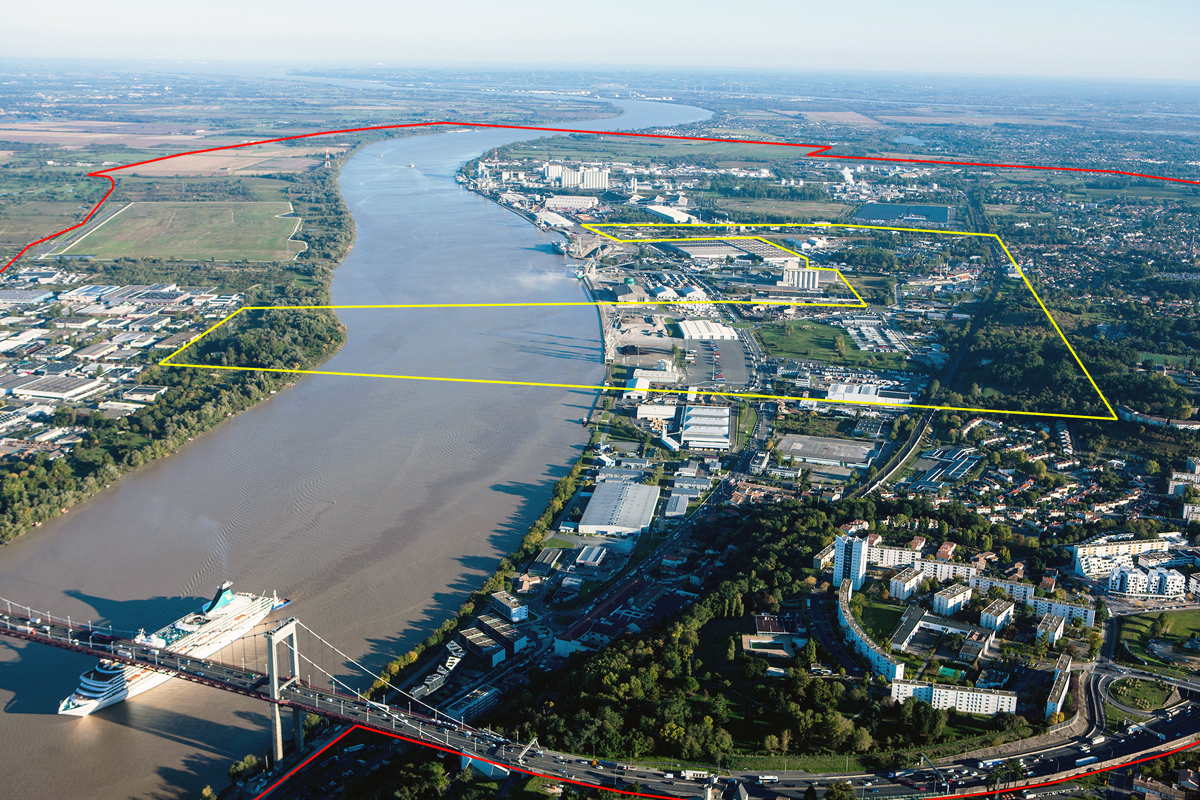 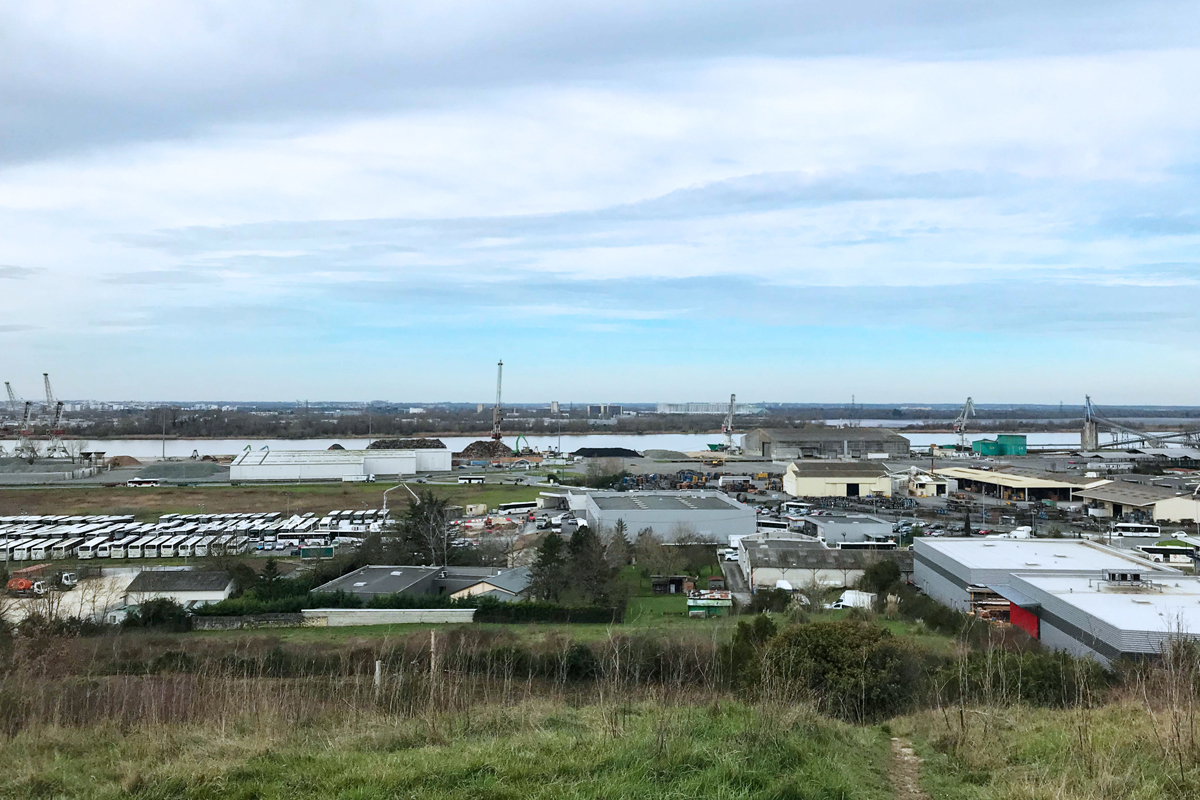 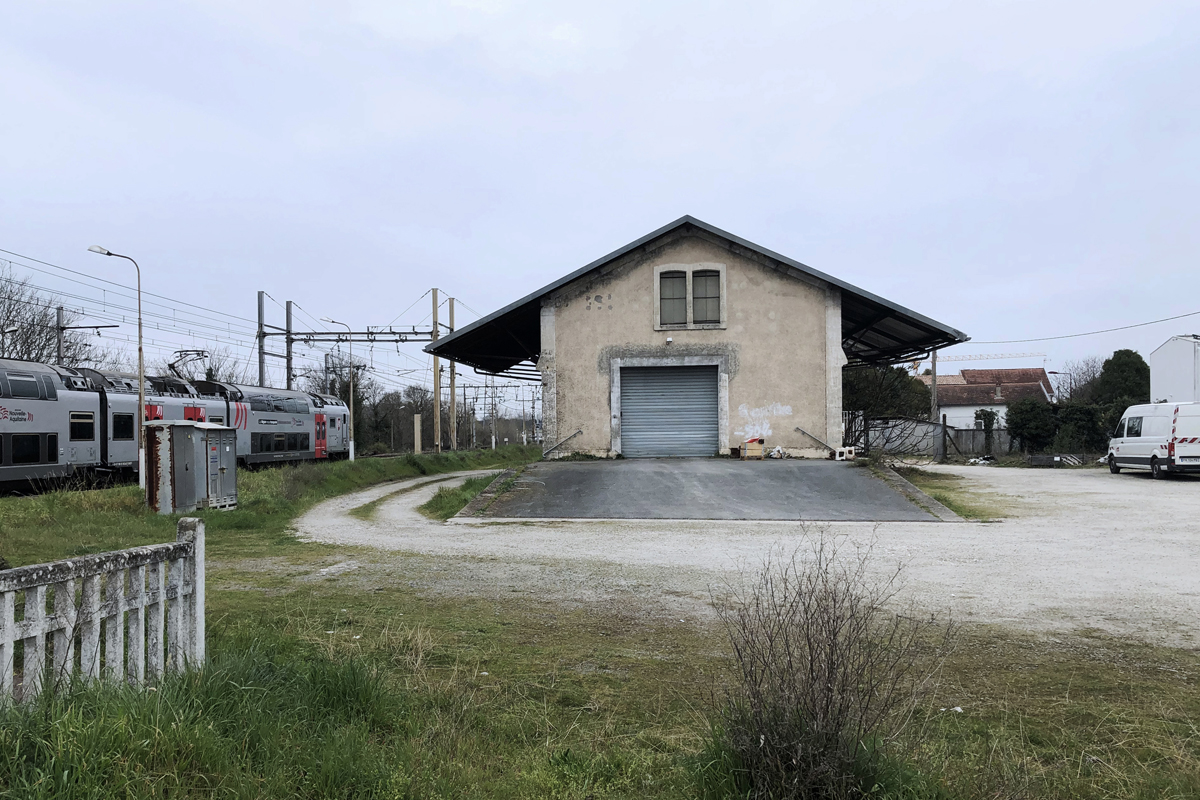 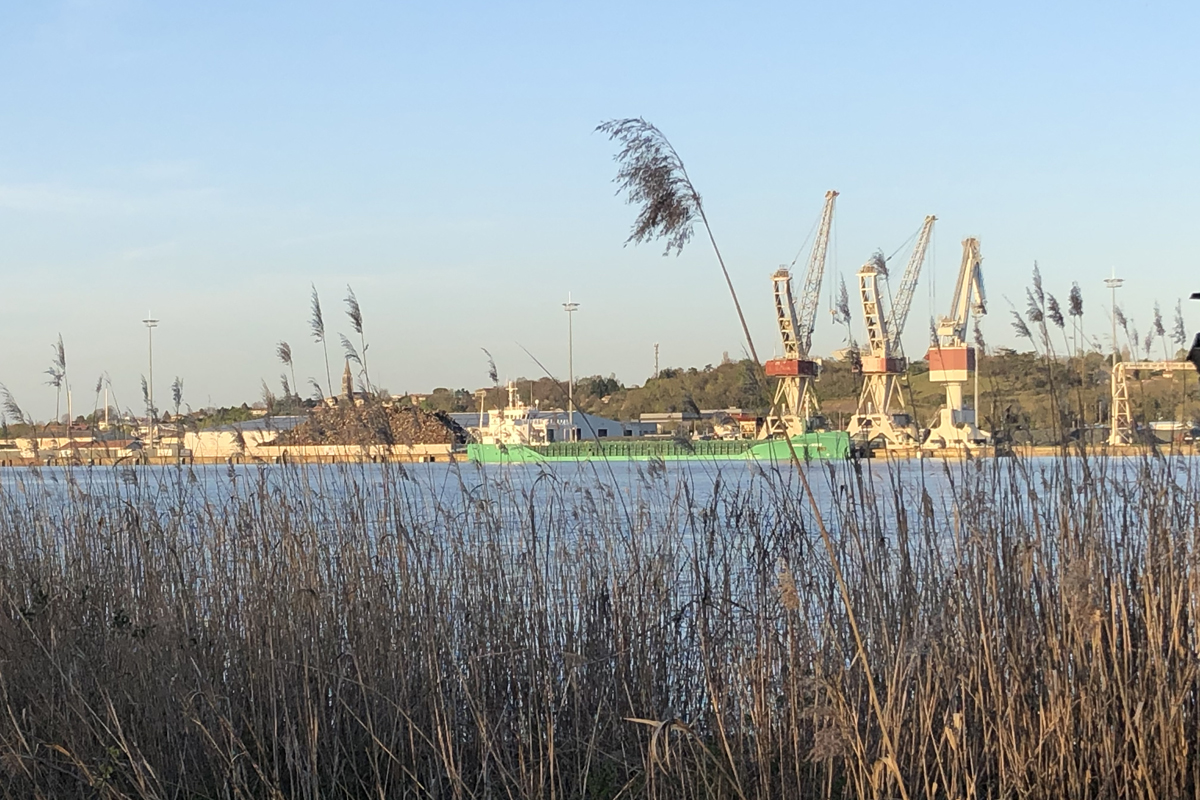