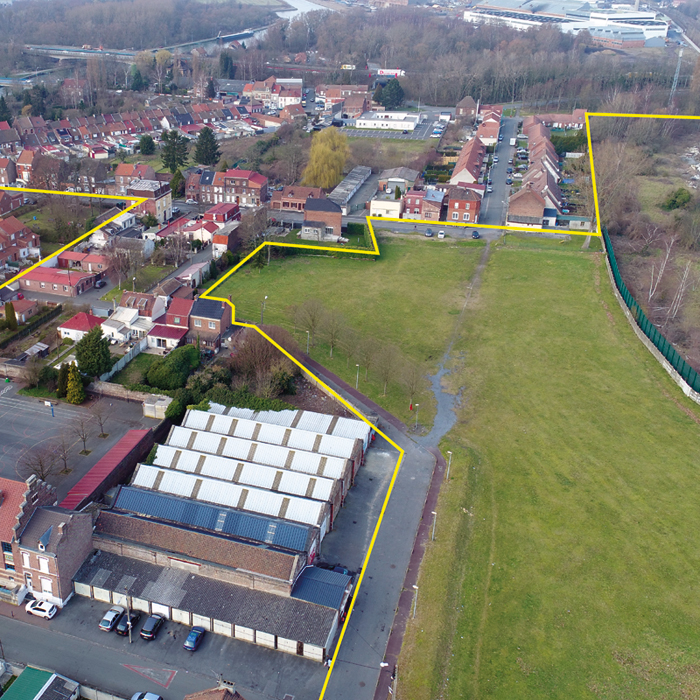 Commission after competition Urban studies and urban programming to propose a place of solidarity economy (1), a different kind of land management (2) and to develop innovative housing (3).

The State, the Communauté d’Agglomération and the two municipalities agreed on the need for intervention through the NPNRU (New National Urban Renewal Programme). A tool that will allow the consultation of all the partners involved and the concentration of financial means. The NPNRU's ambition is to structure the territory, to requalify public and private housing and to develop functional and social mixes through urban action. At the same time, the Communauté d’Agglomération must question the sustainability of its interventions. This is one of the questions raised by the "Living City" session. Methodological proposals are expected to take into account existing informal uses and make them legitimate. An overall plan linking the various projects underway in the neighborhood may be proposed.
The objective is to recreate a link between the different neighbourhoods and "sub-neighbourhoods" of the city, which are highly fragmented, while at the same time enhancing the local identity and the very strong sense of belonging specific to the neighbourhood.
The living beings living in the neighborhood will be treated with dignity and put at the center of the proposed transformation process.

The Dorignies/Pont-de-la-Deûle site is located in northern France, in the heart of the mining area. The territory developed thanks to the industrial activity of coal mining, which operated for three centuries and had significant impacts on the economy, social context, landscape, ecology and culture.
The neighborhood is made up of fragments of the city and spread over two different municipalities.
The channel, the mining bypass (A21) and the railway are fracture elements that contribute to the patchwork effect that is unique to the neighborhood. These elements of fragmentation can become the support for new uses and the vector of new synergies.

The territory's strong social and cultural heritage resulting from its industrial past, as well as the landscape transformed by human activity but hosting great diversity, are sources of inspiration for building the ecosystems of tomorrow.
The candidates are invited to propose projects that include the problems of soil decontamination or dangerous road traffic, but also to question the need to deconstruct or build with proposals ranging from the rehabilitation of old buildings to the improvement of the living environment through innovative housing.
Social problems are very prevalent in certain sectors and the overall precariousness is growing in neighborhoods where the housing stock is not adapted to the needs of the inhabitants. Residents must therefore show resilience and develop ways of adapting to the difficulties and to urban planning that was not designed for their use. An economy and informal practices have emerged from these adaptations.
Non-human milieux are numerous and rich in diversity. Green and blue infrastructures extend over the entire territory and are able to provide many ecosystem services.
Like the rare flowers that grow on land polluted by heavy metals or the slag heaps formed by the accumulation of mine products that today offer views of the territory, synergies between human and natural systems can be created in order to strengthen ecosystems.
The resilience demonstrated by the residents of the Dorignies/Pont-de-la-Deûle neighbourhood and the services provided by natural ecosystems can reinforce each other and enable the sustainable transformation of the neighbourhood.

Hello! Is it possible to have the maps/cuts/elevations/3d/etc...of the château Delattre tower?

After research, the requested docuements could not be found. However, here is some information concerning the construction of the tower, that could be useful to you in addition to those already present in the urban study (provided in appendix):

- There are 6 apartments per floor, the floors are all identics (stacking of typologies)

- DPE of the building: C

Works have been done recently:

- Change of the external joineries

To participate in the contest, do we have to answer to the 3 project sites in Douai? Or, can we choose one of the 3 sites?

A global strategic reflection is expected at the scale of the study site, including the 3 project sites.

According to your strategy, you will be able to justify a level of detail more or less thorough on the different project sites and thus formulate your architectural / urban / landscape proposal in a more or less detailed way, according to the sites. You can therefore choose to develop a project that is emblematic of your thinking, justifying your choice.

Do you have plans / sections / facades of the Delattre Tower, the resourcerie and the radiology building?

We do not have plans or other graphic documents of the buildings but we put at your disposal photos of the interior of the radiology archives building, the images are available for download in the folder:

For the Delattre tower, we refer you to pages 131 to 135 of the NPNRU urban study (in appendix), where you will find some information on the typologies and the settlement of the building. We do not have any plans for the recycling center.

Would it be possible to specify in more detail the soil pollution on the site?

The soil pollution concerns mainly the land located west of the railroad and is the consequence of the deposit of ores during the exploitation of the mine. It is a pollution with heavy metals, it results today from it the presence of metallicolous plants. Here is a very interesting publication on this subject: https://www.sfecologie.org/regard/r62-g-lemoine-et-m-pauwels/

Haller's armérie has recently been observed just west of the social center in a limited area.
Soil studies are not yet available.

The wasteland east of the railroad (the Sadchar wasteland) is a former railroad wasteland on which was conducted an activity of deposit and sale of coal in sheds that were, at the end in a very dilapidated state but this wasteland is not identified as a polluted land. 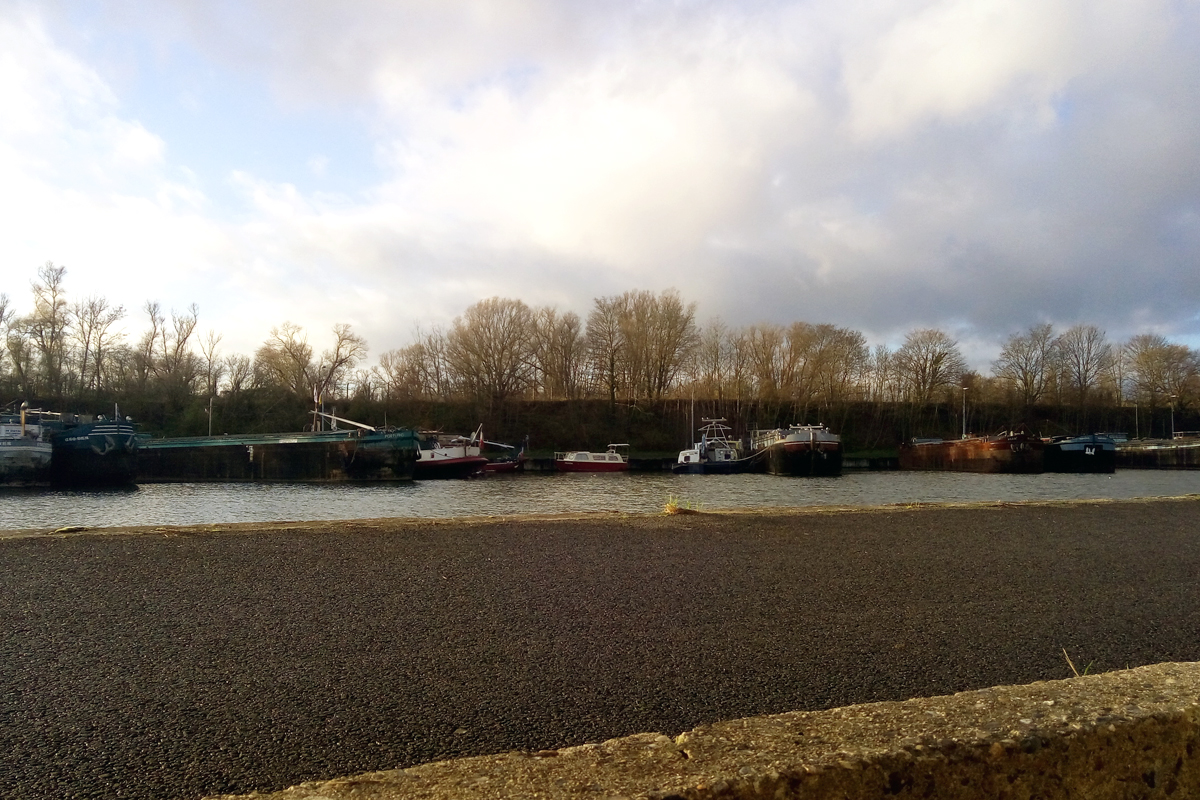 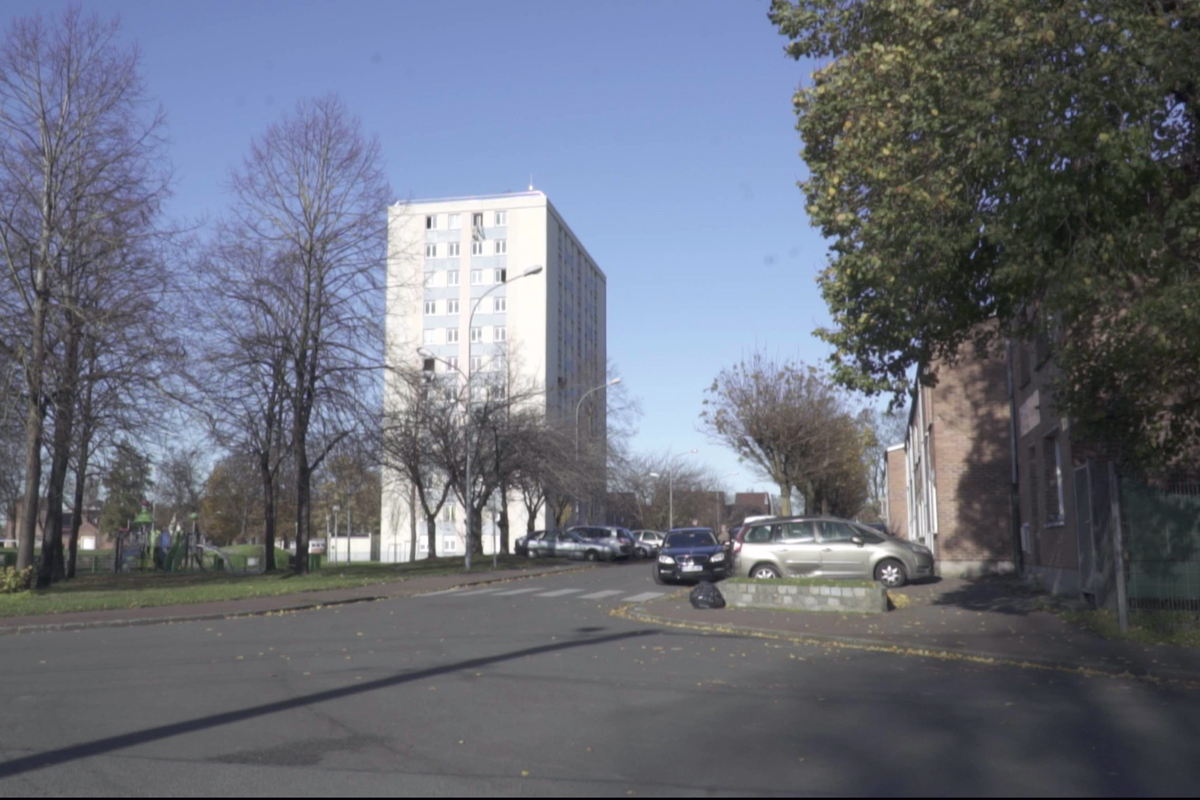 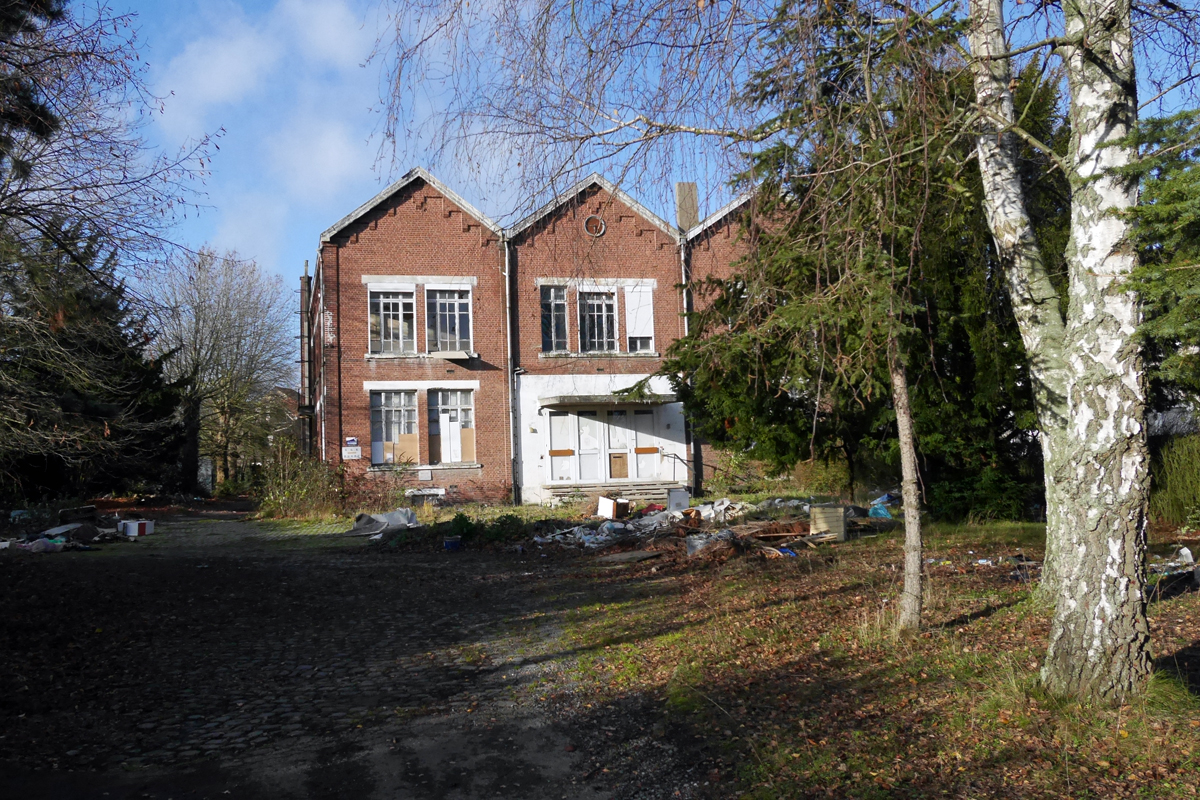