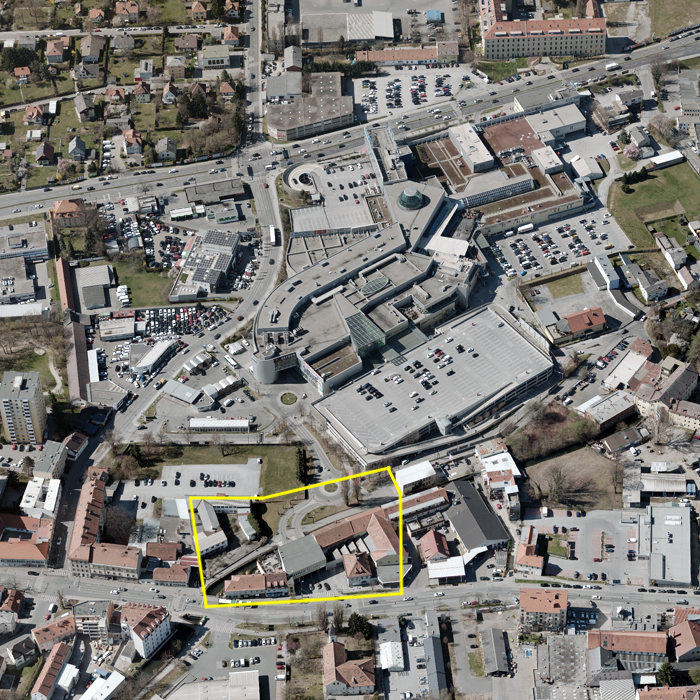 The Europan 16 site is located on a pivotal spot within an area of great transformation. On the one hand, we find an old grown town structure in the process of densification and on the other hand a big shopping centre reinventing trade. The current mall is outdated, not only in an economic sense. Its owner is prepared to act in order to stay relevant for city dwellers and is imagining a new multifunctional space. The city supports this thinking while plans for a new tramline running from the centre, crossing the site and the soon-to-be-transformed mall area, have been finalized. Even the difference in scale, function and target will be obvious, the goal is that both areas profit from each other becoming a supplementing whole. The E16 site, a small gem, is in the very centre playing a crucial role in weaving it all together.

The project site is positioned within a context of single, yet hidden, potentials. The handling of this specific location, right at the point where they meet, will make all the difference on how this area is going to evolve. Its mediating role will be key, in order to strengthen existing values, bringing them together and, more specifically, generating new energy. It is a central point in the area, a hinge channelling and merging. A new ensemble housing an open and inclusive mix of programmes inspired by findings of the various neighbourhoods is envisaged: Which uses need to be attracted and have the necessary space created? How to involve and integrate all actors and agents inhabiting, visiting and discovering the area? The task at hand is to create an integrative place, announcing and anchoring the area

Shopping malls are to be found on the outskirts of town. Atypically, the “City Park-Shopping Mall” in Graz, a substantial shopping agglomeration with parking garages and accompanying streetscape, is in a truly central spot. Due to its expansive volume and its focus on cars, it appears somewhat of an “alien giant” sitting in a neighbourhood of much smaller scale. The shopping mall area will be transformed substantially within the next couple of years. Studies on its programme suggest a combination of shopping, housing, and education. The adjacent neighbourhood area is also changing through densification. A lot of new housing projects have been realized recently, bringing more people to the area.
The site is surrounded by remarkable green spaces. Branching from there, a patchy network of nature weaves into the area. In fact, crossing the site is a mill stream, an agent for nature. Its current sealed riverbanks hold a possibility to activate one of the most precious elements for inclusive use a city may have: a resilient base enhancing the urban quality for humans and non-humans alike and mediating between different urban interests. A tram line also crosses through, anchoring a public mobility axis in the quarter. Tram stops will set the frame for urban places. One will be located at the Karlauplatz, an “old village setting” with a church and a bakery. Today hidden by traffic and hardly noticeable as such, Karlauplatz nestles against the south-eastern flank of the site.
A mix of resources are at hand and want to be instrumentalized for a coherent and inclusive concept to emerge.
At the centre is the E16 site. Its role will be to negotiate and to synergize, thereby weaving all the parts together. Its bridging act will not only be of a spatial manner, moreover it will need to mediate the social and the digital by interpreting future trade strategies and valorising the local potential

1. Could you provide more detailed information about the existing buildings on the project site (plans, photos of the interior)? What are they currently used for? Are some of them abandonded?

2. Could you provide the map key related to the document named AT-Graz-SS-M5-Natural inventory? Thank you

3.1. Is the traffic solution presented in the document AT-Graz-PS-M7 Fig 2-2 a definite one, or the exact position could be adjusted according to the project site proposal?
3.2. Could you provide a document or additional explanation of how the access to the City Park garage would work in the given solution with a roundabout?

3.1. The position of the tram and traffic lines are defined and cannot be adjusted.
3.2. Plan material on the traffic flows of the City Park Graz garage has been uploaded: AT-GRAZ-SS-M7-traffic CityParkGraz.pdf

10. Is it possible to modify the extension of Brückengasse and link it directly to Fabriksgasse (as suggested In the document AT-Graz-PS-M7 Fig 2-1) instead of the solution where it connects the roundabout (Fig 2-2).

The route of the Brückengasse can not be changed! Only within the project site, adjustments can be made (see question 4).

4. What is the future, in terms of street profile and priority, of Brückengasse street considering the new developments that would take place on the position of the City Park parking?

The street profiles will stay the same as the existing ones. Brückengasse should become an attractive foot and bicycle path. Exclusively within the area of the project site it is moderately possible to re-position the Brückengasse about 2 - 3 metres away from the Mühlgang, in order to create an access zone towards the Mühlgang. It will be of importance to improve the urban and green qualities and to enhance the connection to the Mühlgang. The Brückengasse should be the starting point for a transition that wants to re-interpretate the interface with the shopping mall, which is developing into a city quarter of a more open manner. The upgrade and redesign of the Brückengasse and its surrounding area, to a public space is an essential part of the task. (see also answer 8).

9. a) Is the project for plot 1.a, for which we received a 3d model compulsory?  b) Could we also use plot 1.a to propose an overall coherent concept within the project site?  c) If yes, what are the requirements in terms of area and program?

It is possible to include the plot 1.a in the overall concept. The requirements are the same as to the plots I & II. Ideally it is an overall coherent concept over all sites.

5. Do you have inventory plans (or general plans) of the existing buildings in the red perimeter (with the car park and its entrances, exits, and ramps access) in order to be able to correctly draw our flows in this area? Thanks you very much

Plan material on the traffic flows in and around the strategic site including the City Park Graz, has been uploaded: AT-Graz-SS-M8-traffic flows.pdf

6. What is the maximum number of cars reached during the day in the rush hours in the parking A + C of the city park to give us an idea of the flows entering and leaving this zone ? Thanks you

The actual number of cars passing through the drive-through building can only be estimated, a good guess would be to use the entry counts of parking A on the southeast corner:  In 2019 an approximate average of 2000 cars a day pass through, counts increase in decembre to an average of 2650 cars a day.

7. On the document AT-Graz-PS-M12 with the link to the 3D visualization of the site, can you tell us if the drawings of the future tracks of the cars and tram have to be taken into consideration as they are or is that possible to rework these roads ? Thanks you

The tram lines have to be considered as they are! (see also question 3.1.)

8. Are there any detailed plans available on the development of the CITYPARK mall? Could this be something for us to include in the proposal for the site? 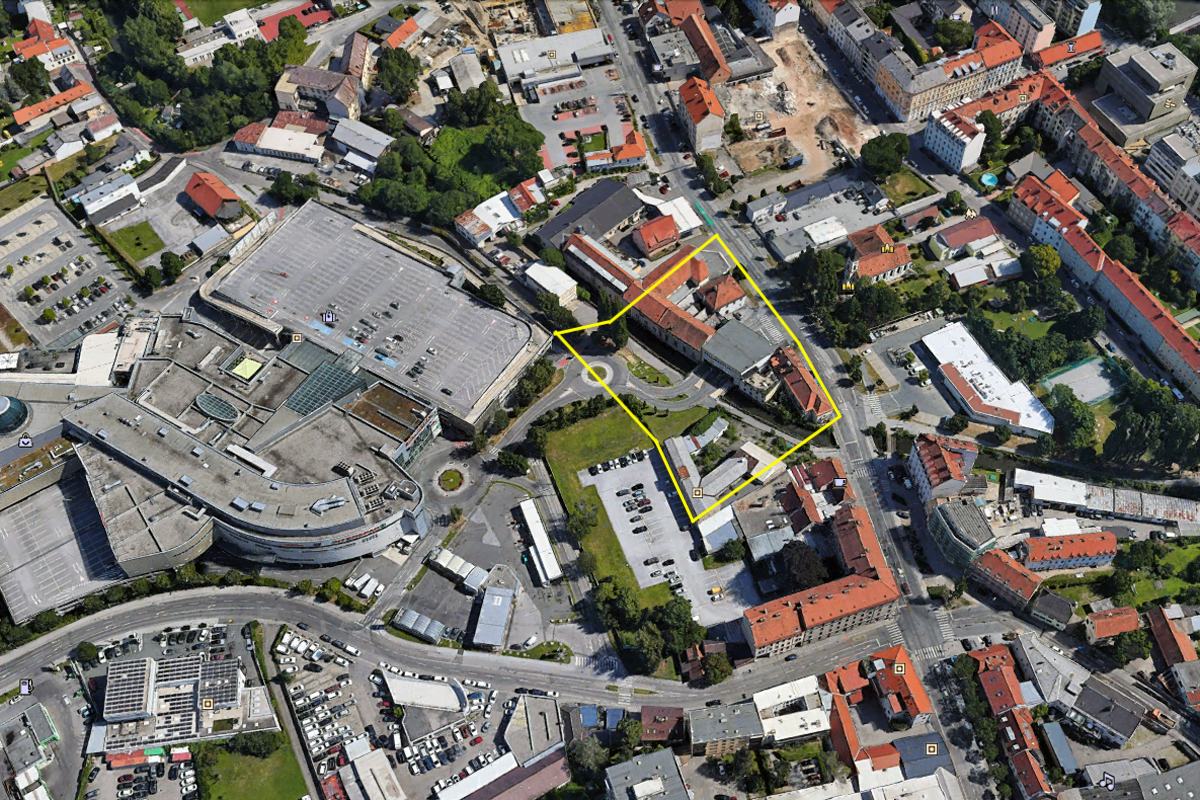 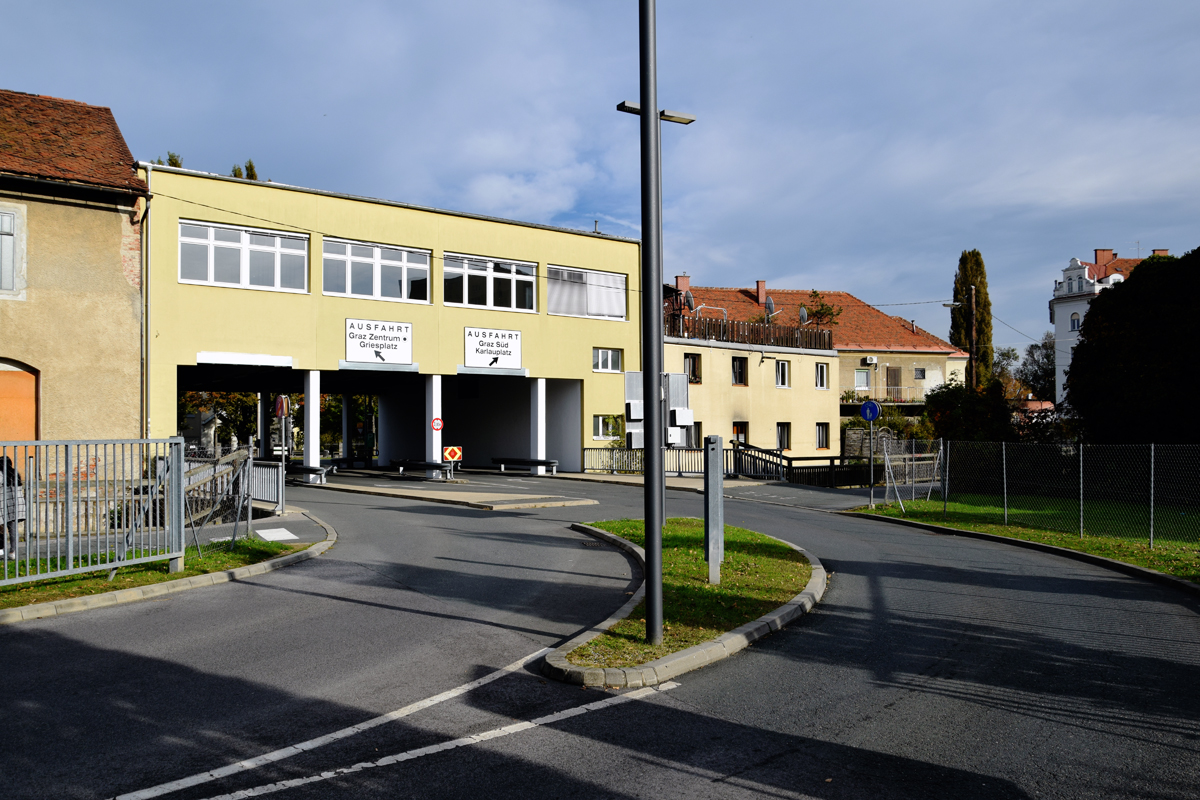 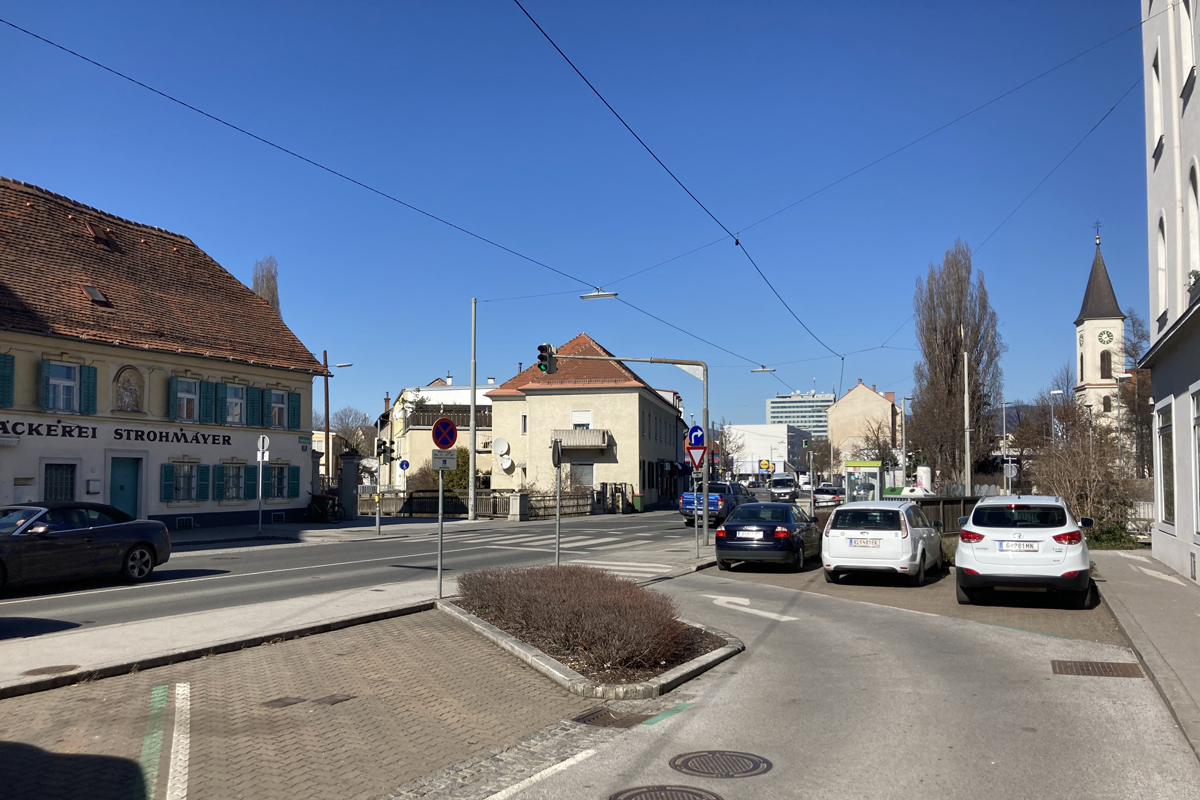