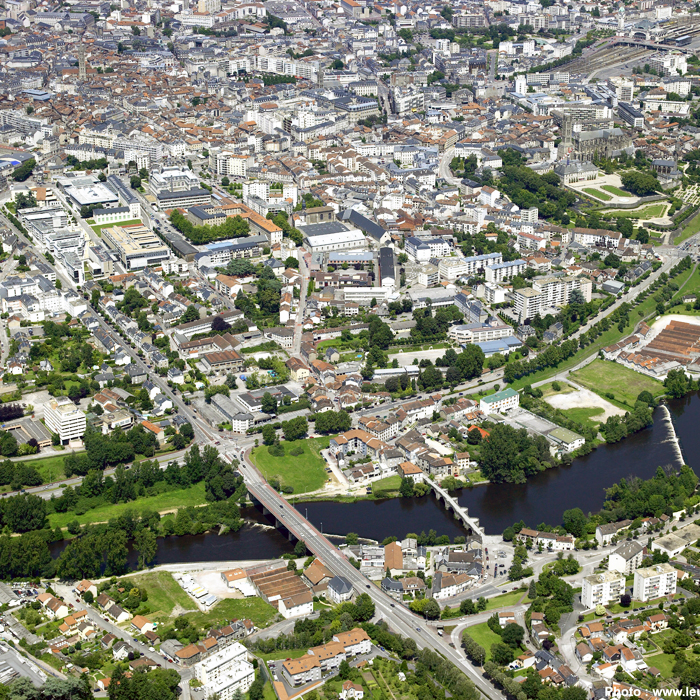 The site, a rich palimpsest since its Roman foundation, has experienced great vitality through the industrial activities that coexisted there and of which many traces remain, then entered a phase of quiescence as if there had been a form of exhaustion here of the place.
The site is now in a strategic location, between the ongoing redevelopment of the edges of the river La Vienne, and the actions carried out in the city center offered to the inhabitants’ leisure. It is now exposed, in the absence of a project formulating its new identity, to a sprawl of operations, at the discretion of private logics, escaping a collective ambition and taking advantage of the new attractiveness of these places.
By its location in the territory the site carries the 3 challenges of the 3 cities which coexist in Limoges: the dense city-center which today becomes that of the pedestrian, the road city which runs along the Vienne river, the city-countryside constituted by the landscape of the two valleys connected to the natural and agricultural spaces which occupy the large municipal territory. On the scale of the city’s transformations, the site invites us to extend the collection of actions underway in the “Action Cœur de Ville” program, made up of a constellation of projects.
By taking a look at this site through this session, the city of Limoges, which is based here on the theme «living city», therefore suggests that a new cycle of life must be put into action here.

The suburban fabric on the slope with its confidential road network, is a built ecosystem to be revealed. It can create a living environment through inventive logic of transformation, including present and future inhabitants, and new uses.
The steep slope of the site with the presence of retaining walls gives it a special character, with belvedere over the wide landscape and large private or public platforms, or fallow. The plant holdings are to be revealed: they represent 3 ha of gardens or planted spaces which thus interfere in this urban fabric.
The perimeter accommodates some large facilities but despite their presence the district remains mainly residential, unattractive. The planned edges of Vienne are voluntarily excluded from the scope of the project, their development and programming being in progress. On the other hand, it is on the links with this project and especially on the national 520 that we are asked to look at it. It is surely here that the connection with the Vienne for the district and the city center is played out in the first place.

The new life cycle expected here, by proposing an adapted project process, must take care of the social and built structure by revealing the possible co-relations with the actions in progress, while affirming a singular approach. The neighborhood is among those with the lowest income level in the city. This process must therefore take into account the existing living environment and define in what form of metabolism, each stakeholder of the site will enter into a relationship to participate in this reconquest.
By engaging in a process of conversion integrating its valuation over time, the site can create new complicity with the Vienne valley project as an element of entry and irrigation of nature, from the banks to the city centrer, allowing the inhabitants of Limoges to rediscover the leisure of a city. To do this, the renewal of the neighborhood must participate in the making of an eco-city and its development must be based on frugal urban planning, mobilizing a resource economy reusing and recycling existing spaces to allow this transition. 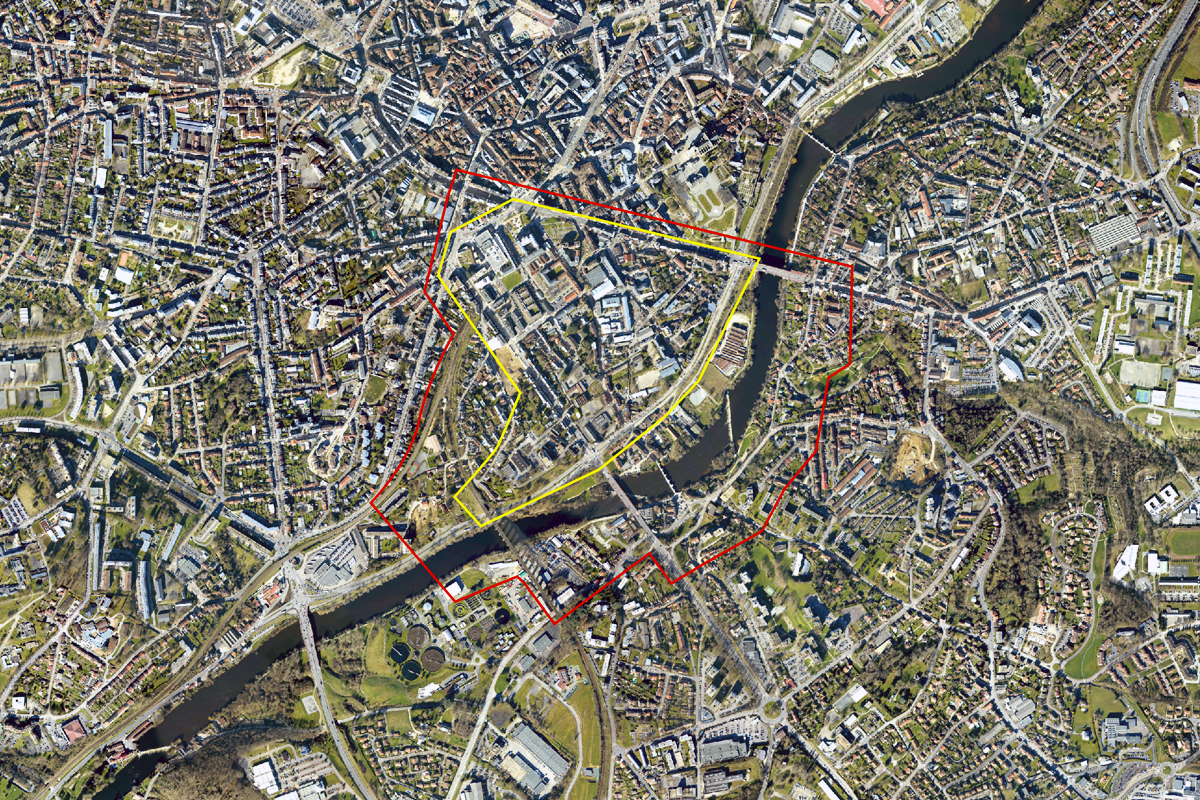 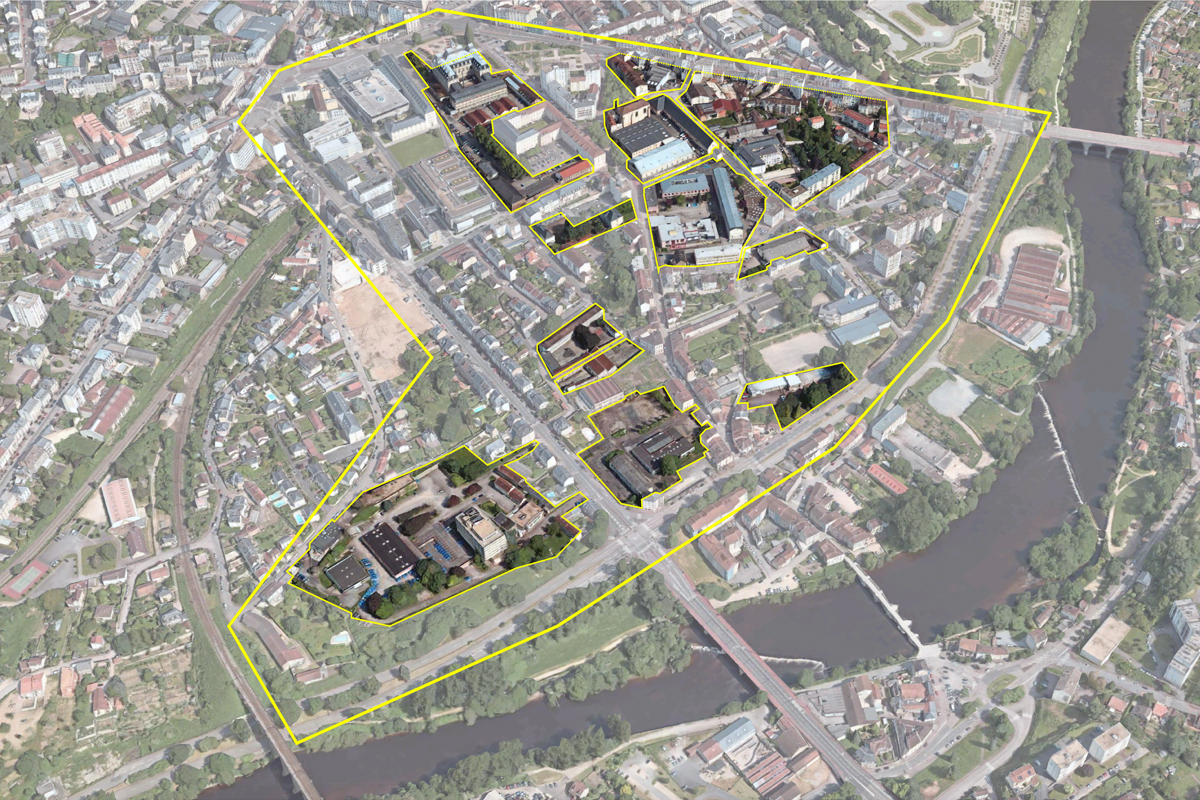 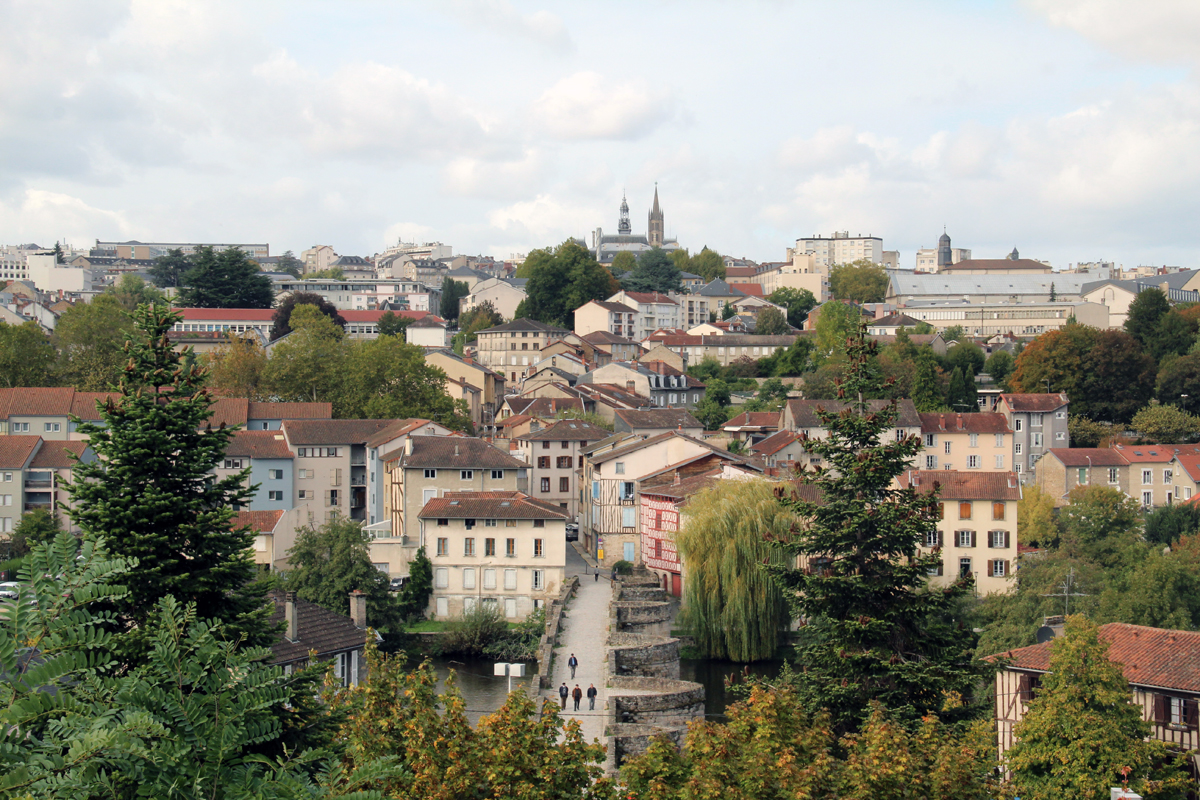 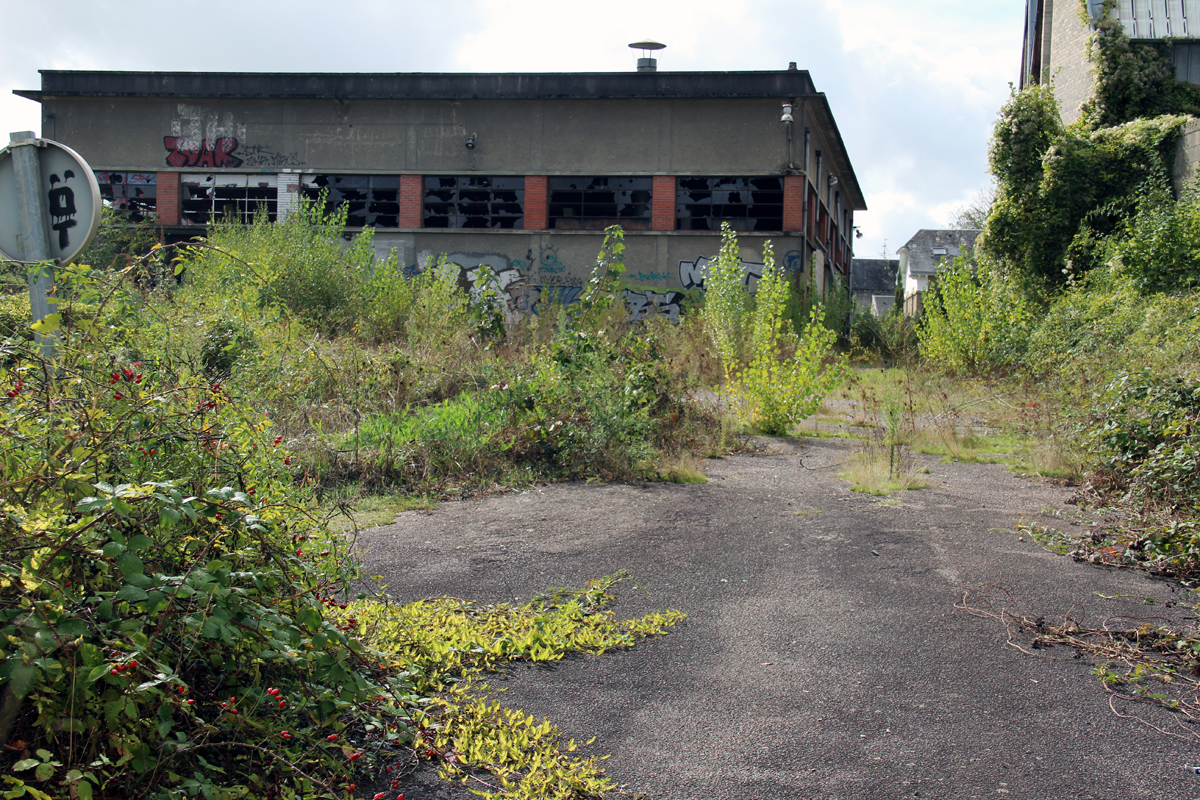 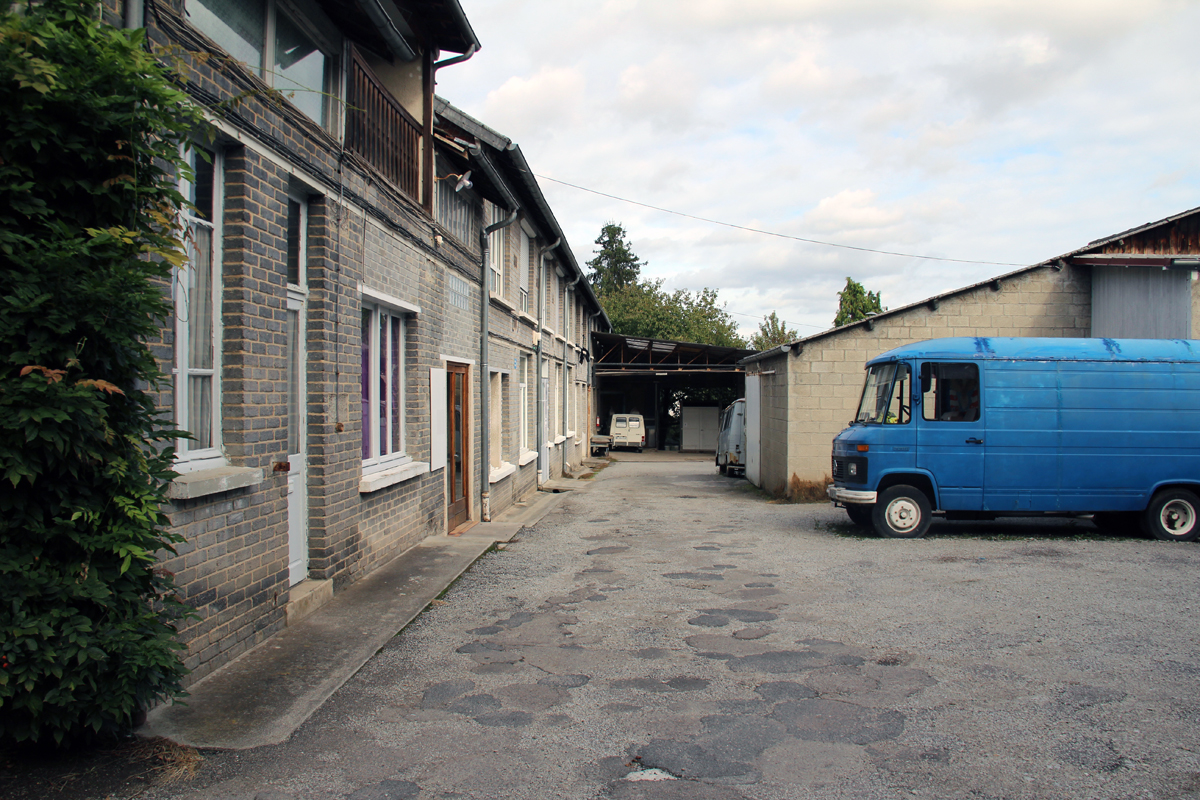 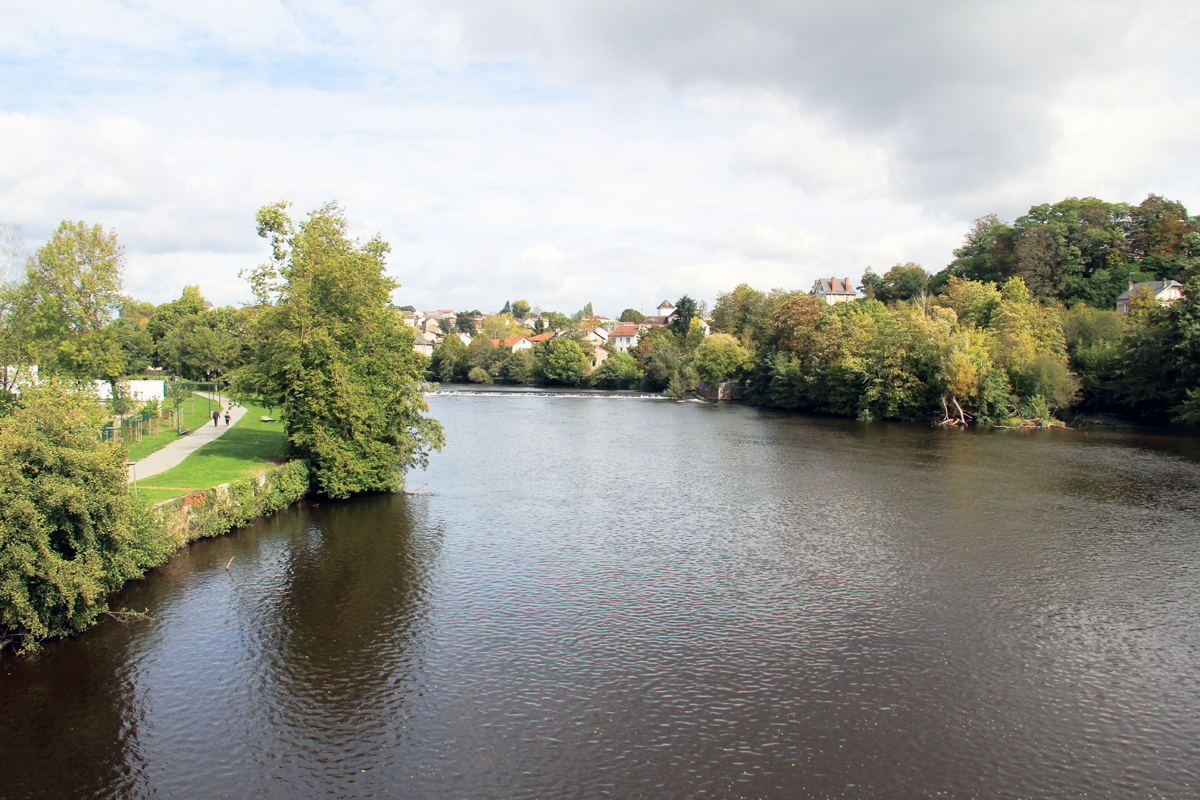