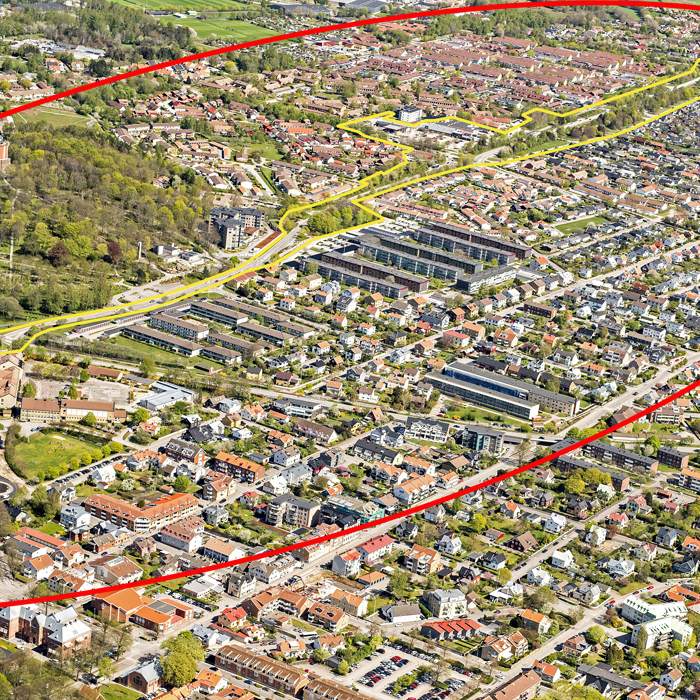 “Varberg – the creative centre of the West Coast” is Varberg’s vision that describes how the municipality should develop and that influences everything from formulating missions to developing new action plans. Keywords are; innovation, knowledge, forward-thinking and courage. The development of Varberg should focus on sustainability and participation.
New development should mainly be made by complementing existing built areas. This way, previous investments in existing infrastructure can be utilized in an efficient way and surrounding arable land can be protected from new exploitation. The densification strategy of the city promotes densification within 3 km from the city centre. Prioritized strategies for the development are to transform traffic routes into living environments and to densify existing squares

Varberg is a steadily growing city in an expansive region. The ongoing construction of new railway tracks, with a tunnel under part of the city centre and a new train station, will preserve and further develop connections within the region. This will also enable the city centre to expand with new public spaces and residential areas.
The competition site, Trädlyckevägen, is a 2,6 km long traffic route that connects the city centre in the west with a future new development area east of the competition site. The competition task is to transform this large-scale traffic route into an inclusive living enviroment that connects and integrates existing neighborhoods. The route has become a barrier between the two neighbourhoods north and south of the site, and is perceived as unsafe. There are, however, qualities that can be highlighted in a future transformation. The green stretch is a buffer for storm water and can be further developed with regard to ecosystem services

The competition site has been identified as one of two heavily trafficked roads that should be developed into an inspiring living environment for people, which is in line with the urban strategy to densify areas close to the city centre. A larger population density enables for more people to share recources and infrastructure, and for more people to walk, cycle and use public transportation instead of taking the private car. A dense city also creates good conditions for a mixed and varied development, increases the demand for service facilities, and will contribute to creating a safe and accessible living environment.
In order to create opportunities for ecological and social sustainability over time, there is a need to value and further develop ecosystem services and to have a social perspective when planning for densification.
The competition site can be a starting point to create a more equal public environment and to strengthen social sustainability. This could be achieved by adding housing that attracts different target groups and generates diversity in the area. There is a need to strengthen nodes and local squares with new buildings, functions and meeting places that inspire social interaction and create new links between the segregated areas north and south of the competition site.
As well as adding new housing, service and meeting places, the area also needs to be densified with green values and ecosystem services. To create a resilient city there is a need for solutions that take the changing climate into consideration, for example by using vegetation to deal with raising temperature and forming environments where extreme rainfall doesn’t cause flooding.

Is it possible to watch a recording of the virtual site visit?

Yes it is now available on Europan Europe website!

What is the desired maximum and average built density/exploitation on plot level, in terms of floor space index (FSI)/floor area ratio (FAR) and number stories?

This is not determined. The competition task is to propose a suitable scale for the site based on existing conditions and feasability.

To conclude, the municipality is in an early stage of the process and wants to give the teams possibility to propose new and inspiring solutions in a more unconditional way than the municipality can envision in their ordinary processes.

Is there a minimum/desired percentage of green open space to be kept?

No, there is no minimum percentage of open green space to be kept. The area today includes ecosystem services that the municipality wants to keep and develop, which means that if green areas are being constructed there is a need to propose measures to offer the same green functions or ecosystem services in other ways. The competition task is to illustrate this question with the proposals.

What are the clearance distances from proposed buildings towards neighbouring plots?

What is the impact of station upgrade to city's public transport? Are there new lines planned, new types of transport, smart mobility systems?

See answer to question below. There are no plans for new types of transportation systems, but the municipality welcomes proposals for good and feasable solutions for the future!

What are the plans for a bus line going through project site? Is there a trajectory change, more frequency, different modes of transportation envisioned?

See answer to question below. There is already a street bus route along Trädlyckevägen.

What are the plans and measures to increase the use of public transport? Are there plans to expand the public transport infrastructure (new train/bus lines, higher frequency), introduce new modalities (shuttle bus, on-demand-bus), or other services (priority bus lane) to be introduced?

As of today there are no plans to increase the amount of public transport along Trädlyckevägen. One of the two bus lines for city traffic has its route along Trädlyckevägen, with frequent departures and a close distance to the city centre and the train station. During rush hours the bus departs every 15 minutes and it’s difficult to motivate more frequent departures than this. Special bus lanes could possibly be introduced, but there have been no studies to see if the street is large enough for this.

What modal split (walking/cycling/public transport/bus) did the densification study from 2017 calculate with in the preferred scenario for new residents?

Is it possible/desired to redesign the roundabouts into more compact crossings?

It’s possible to propose different solutions for the roundabouts but they must be able to handle the amount of traffic indicated in the competition brief.

Can future demand for preschools be met by expanding/densifying the existing preschools, and if yes, to what extent, or should new preschools be incorporated in the design?

If the proposal leads to large densifications with new housing there will probably be a need for new preschools. It is difficult to estimate the exact need, but it could be interesting to see how preschools and other types of municipal service could be integrated within the built structure. Proposals for preschools could be of more urban character, integrated within the ground floor of apartment blocks, or other solutions.

What mix of functions and its percentage distribution is desired/likely to be achieved for proposal?

The demand for commercial service in the area is relatively low and today there is mainly hosing. Areas for commercial activities and service are suitable complements at Håstens torg. It would be an advantage if the proposed structure can be developed so that it over time includes housing, service and commercial spaces.

Which housing types (tenure, size, lifestyle) are desired for the proposal with what percentage distribution?

Appendix 1 in the competition brief describes existing housing types, forms of tenure and population statistics within the area. It is of interest to propose a new mix of housing with suitable forms of tenure and sizes that complements the existing situation. The new housing should promote a more urban character in terms of density but should also be adapted to the surrounding building scale. The municipality has not made any decision about which types of housing that are desired, and wants to receive proposals that illustrate this question. The proposals could show different principles for different parts of the competition area.

What are the overall soil conditions in the project site and how likely/feasible is underground parking or storage in the area?

There have been no detailed geotechnical investigations on the site, but there is nothing that indicates that it should be problematic to construct underground. There is no known contamination within the area.

Is it possible/desired to redesign adjacent areas, like carparks, underused or even built-up space?

It is up to the teams to think freely around this. Proposals for development of adjacent areas, in order to get a good overall solution, are welcomed by the municipality. The result of the competition will be used as a long term vision and inspirational material for the municipality.

Which functions and how much land will likely remain in municipal ownership?

All streets, public spaces and common green areas will remain in municipal ownership. The size of these is not determined and the competition proposals will play a part in determining how this will look in the future. It will be important to keep a good balance between built areas and public space. This balance is missing today and the public space is poorly used.

Are there any plans for a railway connection to Östra Träslöv?

The link to download the reference documents of the Brief: 'City development program' and 'Densification Strategy', are not working?

The links have been changed. New links to download the documents are:

Revitalization
Transforming from the Infrastructures


On these sites, the impetus for the transformation comes from the territory and from the use of all the resources (natural, ecological, infrastructural) to regenerate them.
Here, the starter for a change is the evolution of the networks integrating a new logic of mobility. 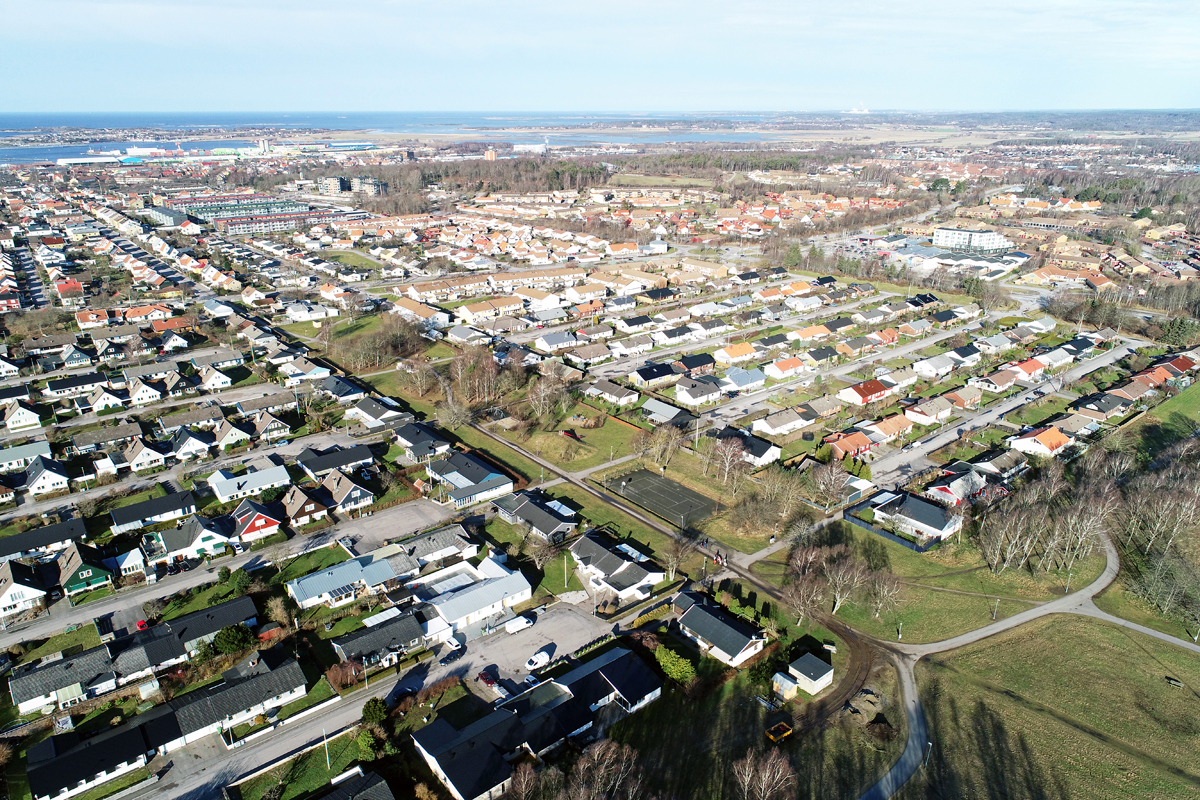 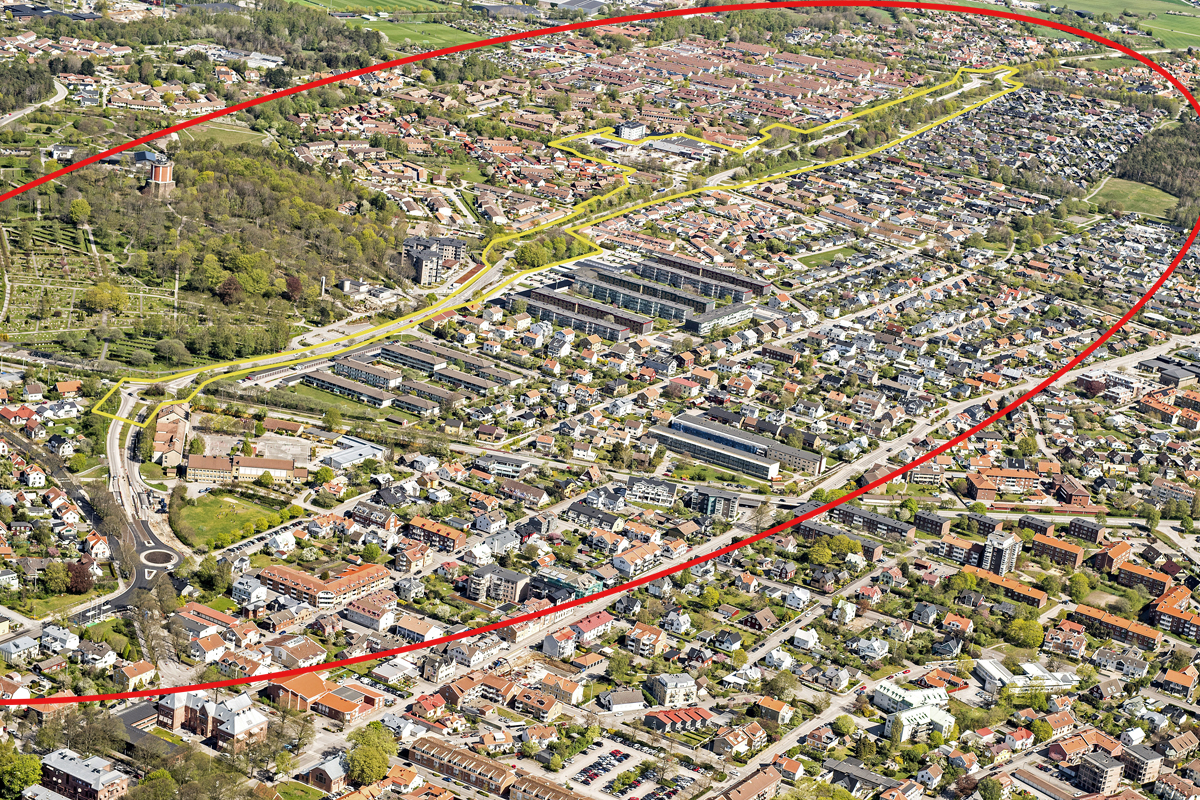 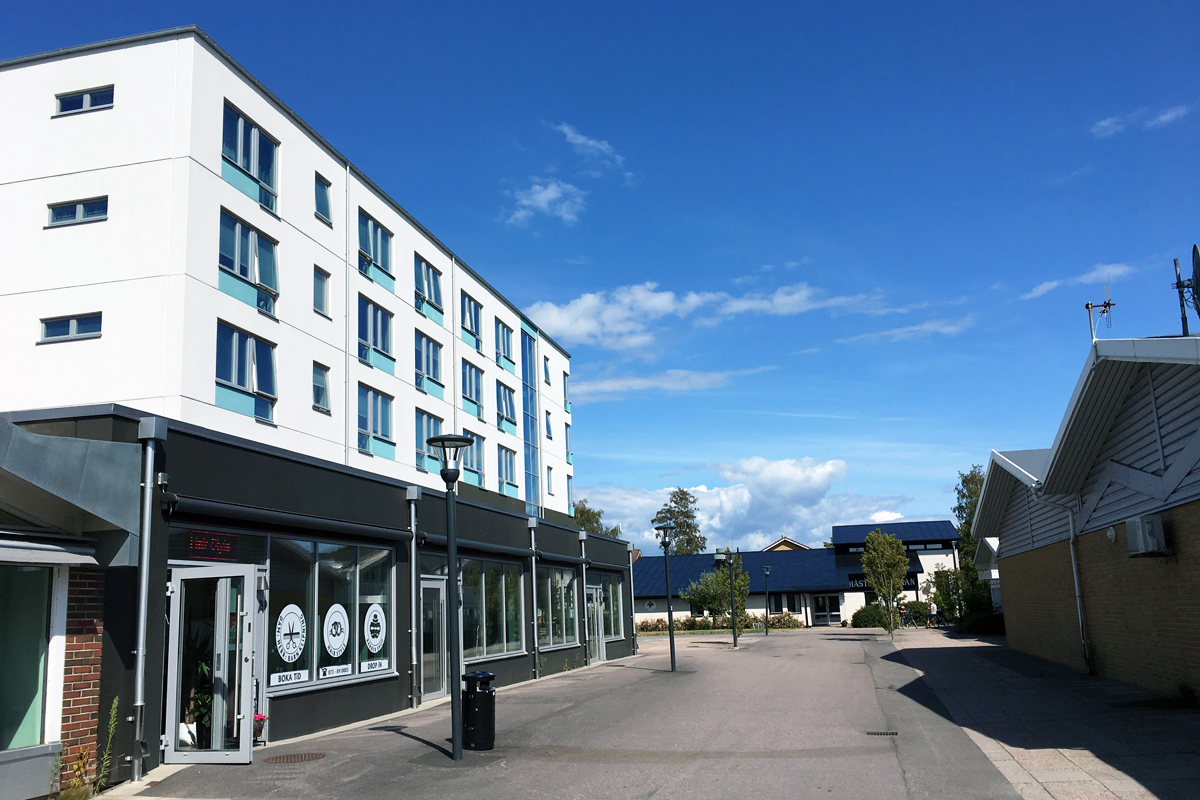 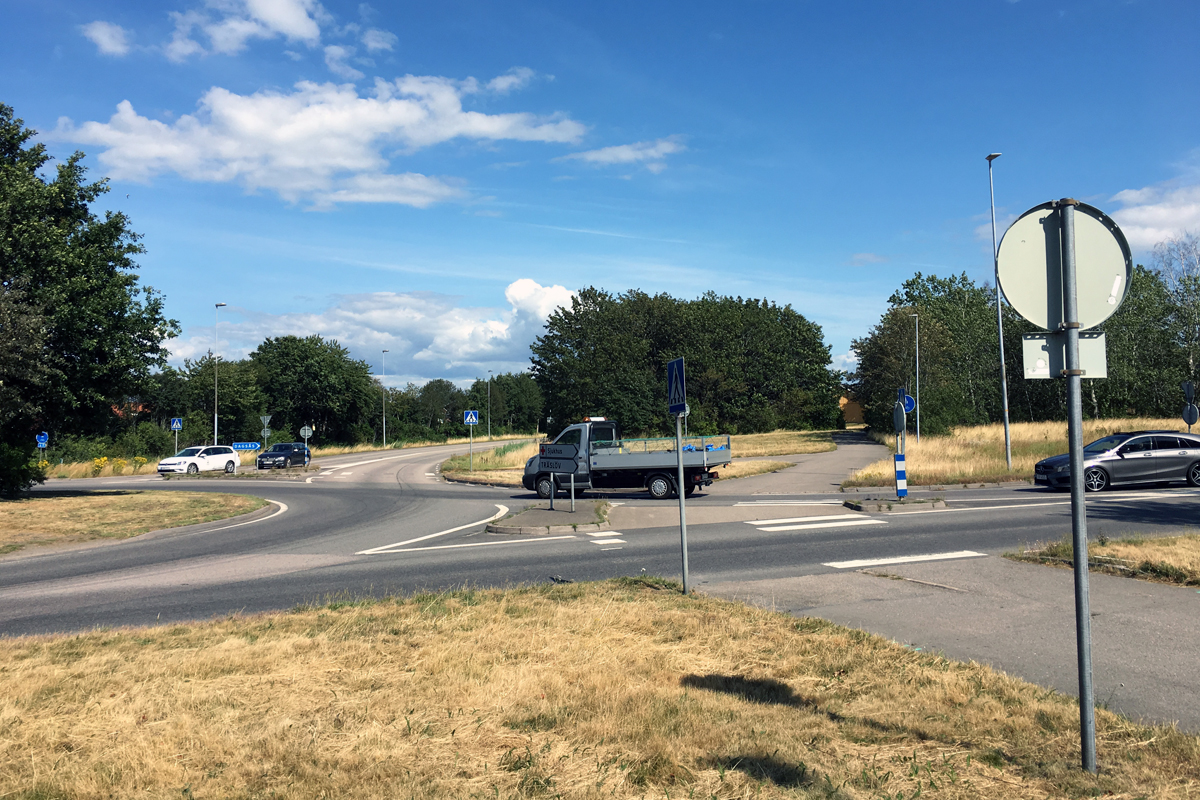 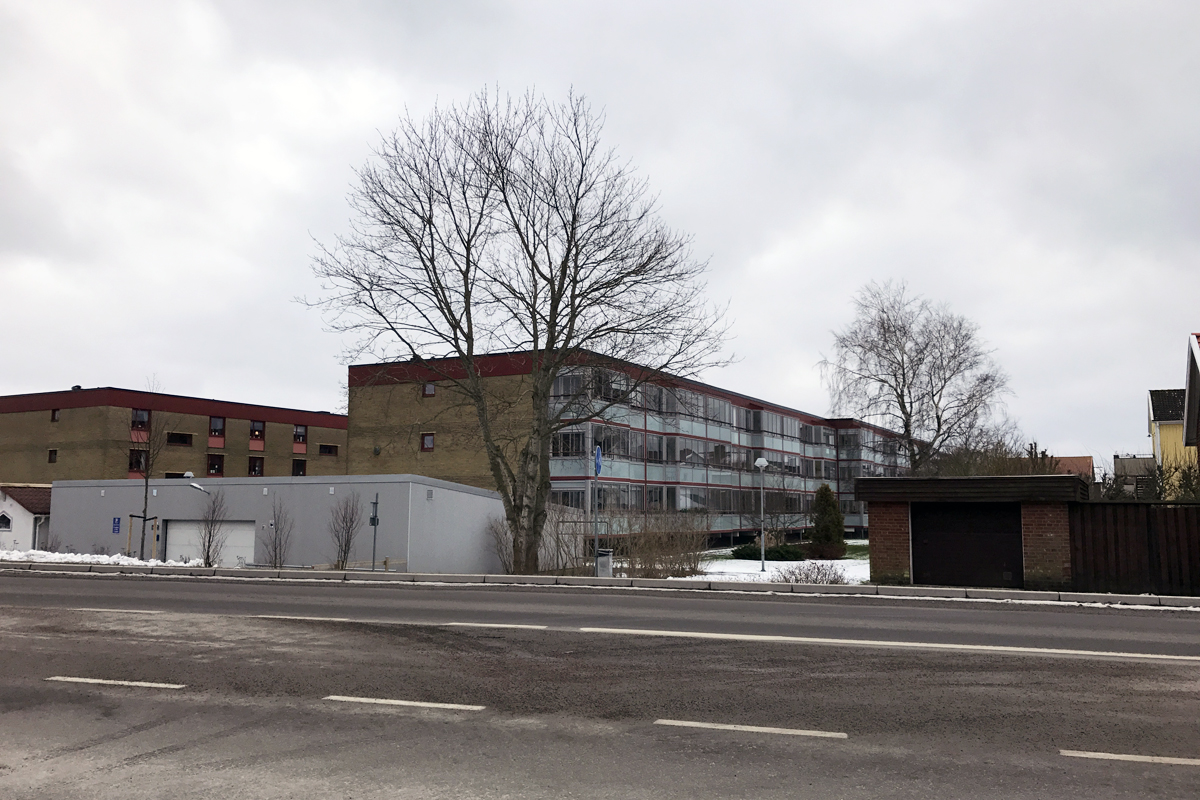 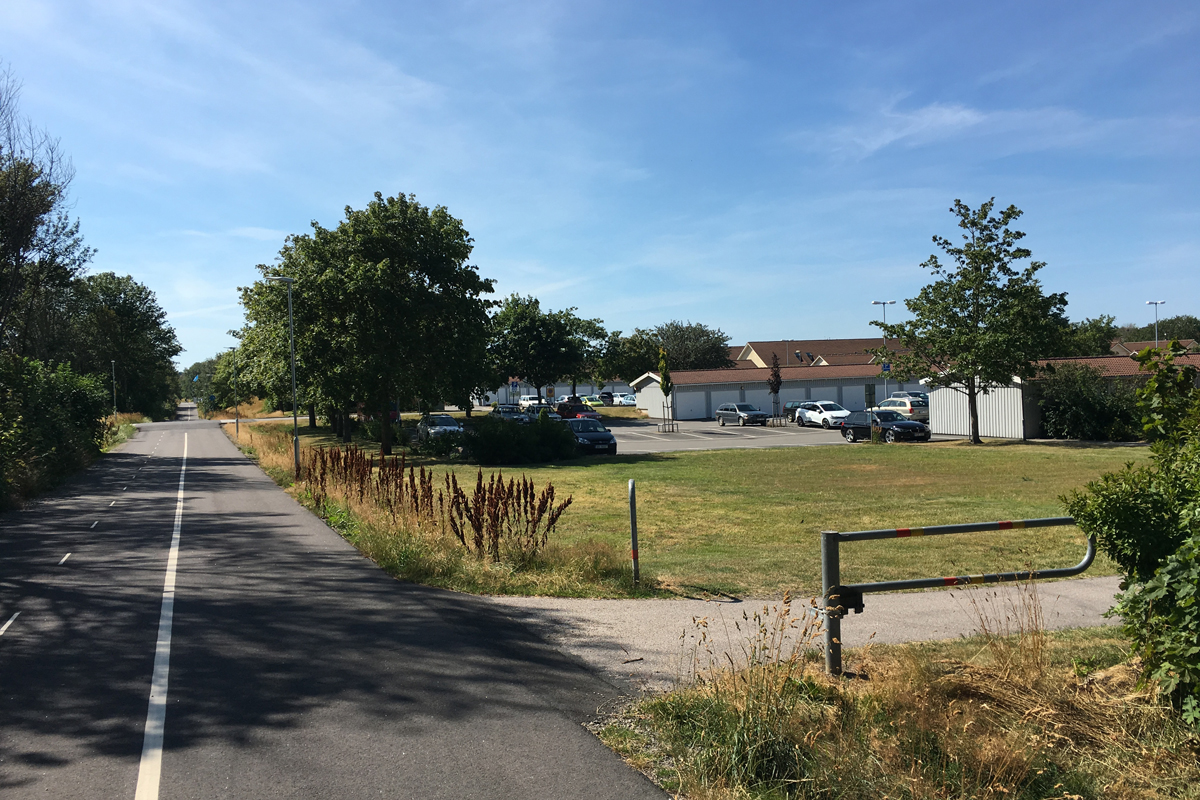