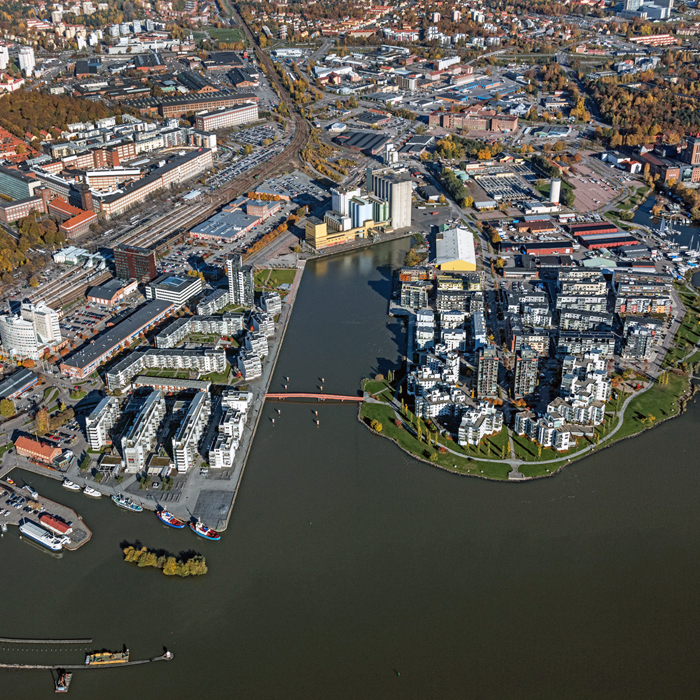 Commission after competition Implementation in collaboration with the City of Västerås

Västerås is growing and within thirty years from now the population is estimated to have grown to 230 000 people. Mälarporten is an important area in the development of Västerås, with its location close to the city center, Lake Mälaren and important public transportations nodes. Mälarporten offers amazing possibilities to create an entirely new neighbourhood that is both innovative and sustainable for the future.The area today consists of inaccessible land, offices and industries that in the future will host 6-7000 housing units and 10 000 workplaces in well-designed living environments. A new transportation hub will simplify travels to and within Västerås, and also strengthen the link between the city center and the water.

The competition task is linked to the theme of Living City by focusing on the time for completion of the area, which is estimated to take 25 years. Throughout the construction process, the area must be attractive and vibrant with social aspects and sustainability in focus.
The competition task is to develop flexible solutions, that create attractiveness and activity for those who pass through and visit the area today, as well as for those who move in early. It is important that the solutions are connected and linked to a unifying theme that makes the area feel like a city district from the beginning. The proposals need to show a clear concept that builds on and develops the identity of the area. Well-planned temporary architecture, buildings, parks and places aid in creating a safe and attractive neighborhood and bring forth commitment and pride during the long and complex construction period. The solutions can be both site specific and flexible. They could be rebuildable with add-ons so that they can be moved around in the area as it is being built, and at the same time create character, excitement and new dynamics.

In order to reach the goals in the Paris agreement and Agenda 2030 we need a powerful readjustment of our cities. This means that we need new ways of thinking and to take many steps forward within a short period of time. The city of Västerås wants Mälarporten to be one of the projects that shows us how.
The same high ambitions that are formulated for the entire project of Mälarporten should be aspired to also during the planning and construction period. The city of Västerås wants to show how it is possible to, in a dynamic way, fill an area that today is perceived as deserted and impersonal, with new life and meetings between people.
It is important that the area attracts many different target groups and not just those who move in early. The area must provide places for everyone and attract people from all over Västerås and beyond. Important aspects are accessibility, inclusion, creativity and safety in order to create a viable city where people want to be and feel welcome.
The transformation should grow and develop out of people’s needs. The area should be developed together with the inhabitants who will be cocreators. Children and young people are designated target groups to visit and discover the area today, for growing up here, and for choosing to move here when they grow up.
It will not only be the people that give life to the area. Today there is no greenery and the area consists of impermeable land. In order for the city to become alive and sustainable, these areas need to be converted and introduced with new vegetation and biodiversity in order to create a city that is green and resilient to climate change.

Would it be possible to have more details about the projects involving the station and/or the entire area?

The areas of most relevance to the competition task are described in the brief and on p. 17 there are links to where you can find more information about Mälarporten and the new transportation hub. There is also additional material to be downloaded in the folder ”New Docs after Launch” with information about the temporary transportation hub and a text document with a link to a pdf document that describes the station project in detail: https://www.vasteras.se/download/18.218a449b1791ca85a1d2213b/1620145229282/Resecentrum_projektbok Uppslag april 2021 (1).pdf

Is it planned to increase water quality of the lake?

Yes, Västerås has a plan for water purification in the city in order to improve the quality of the water in Mälaren. The focus is mainly on stormwater management. Today there are mainly hard-surface areas within the project and study site and no local collection of stormwater. This needs to be improved so that the stormwater is being delayed and purified before it reaches Mälaren.

Besides the impermeable soil and lack of biodiversity, is the area subject to any other specific problem related to climate change?

– Stormwater treatment: as is being mentioned in the answer to the question ”Is it planned to increase water quality of the lake?”.

– Heavy rainfalls: the site has many low areas that are subject to risk of being flooded with heavy rainfalls.

– Heat/microclimate: the area will be developed with a relatively dense built structure and it is important to minimize the risk of excessive heat generated by a new hard-surface environment. Green structures will be an important tool to avoid this risk. 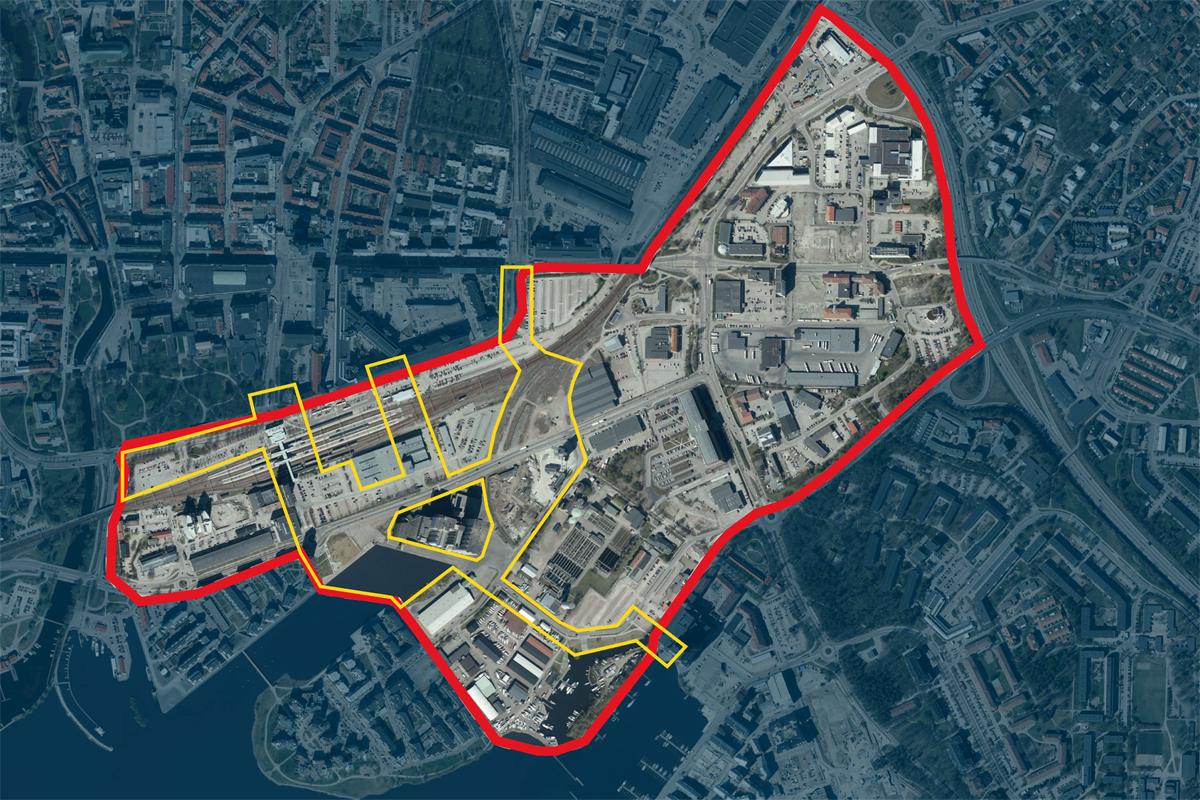 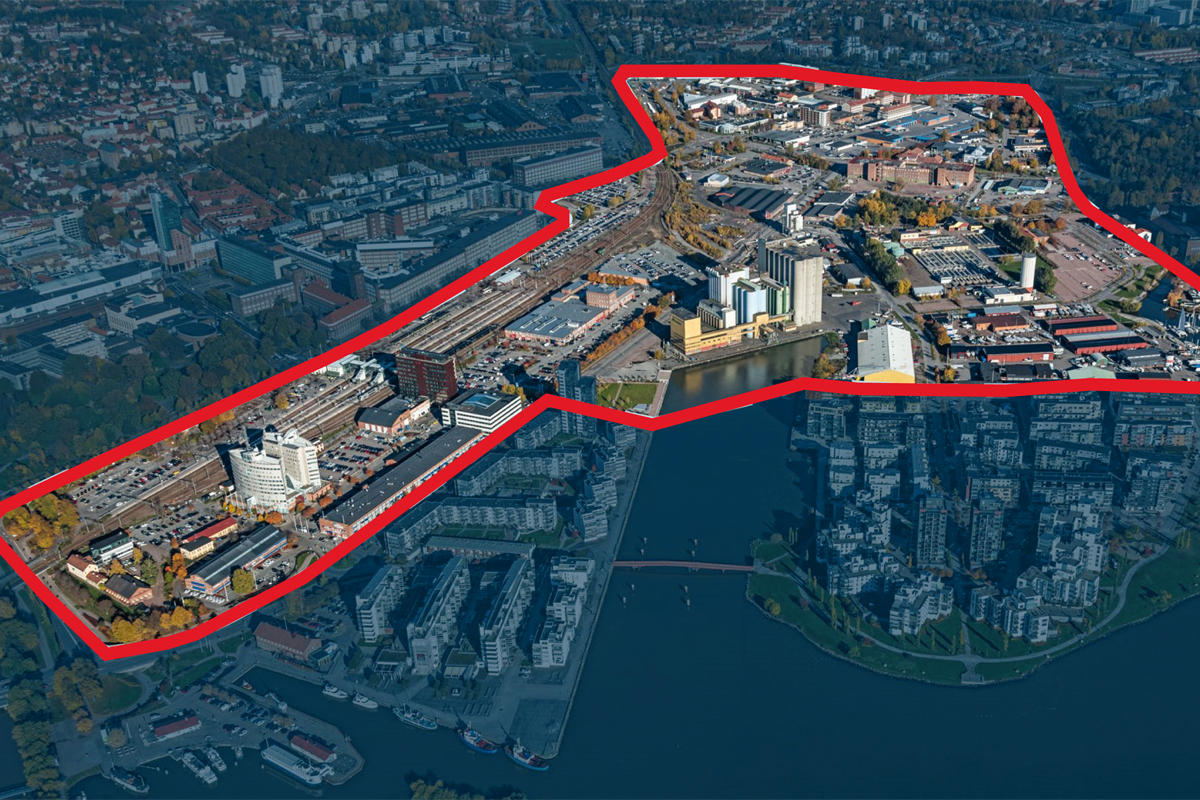 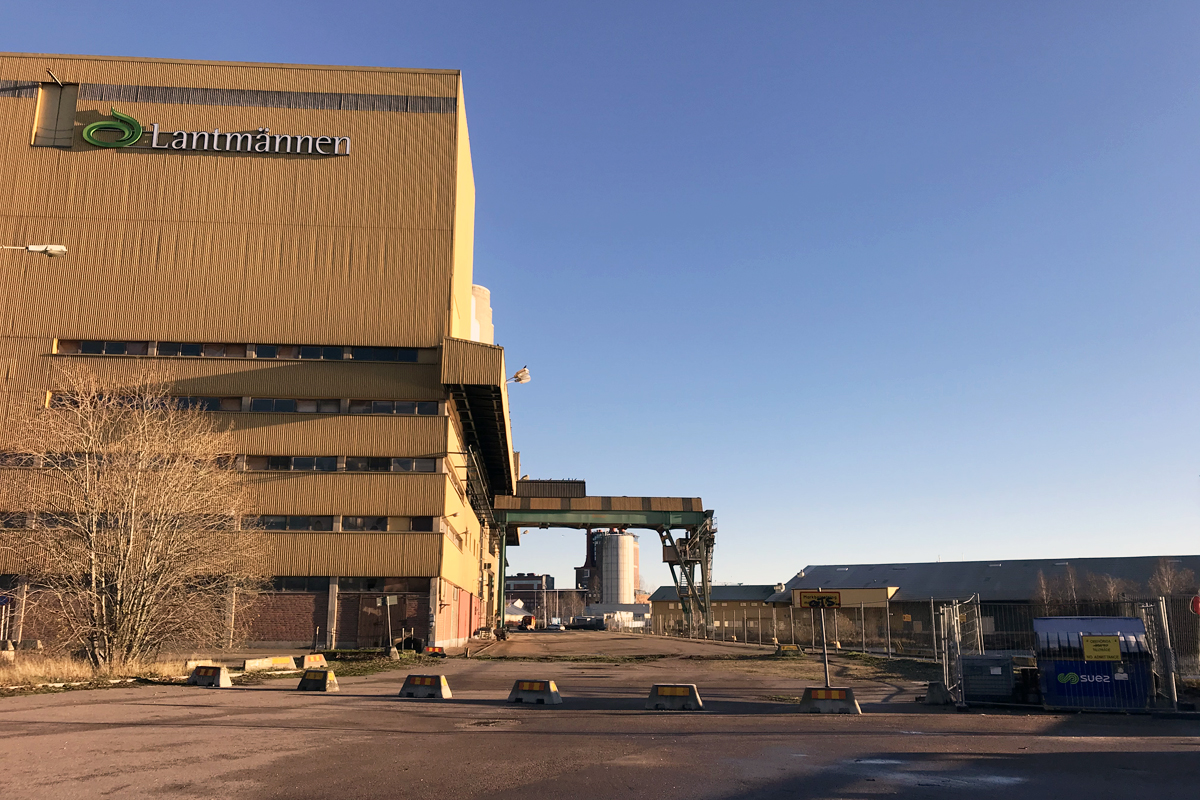 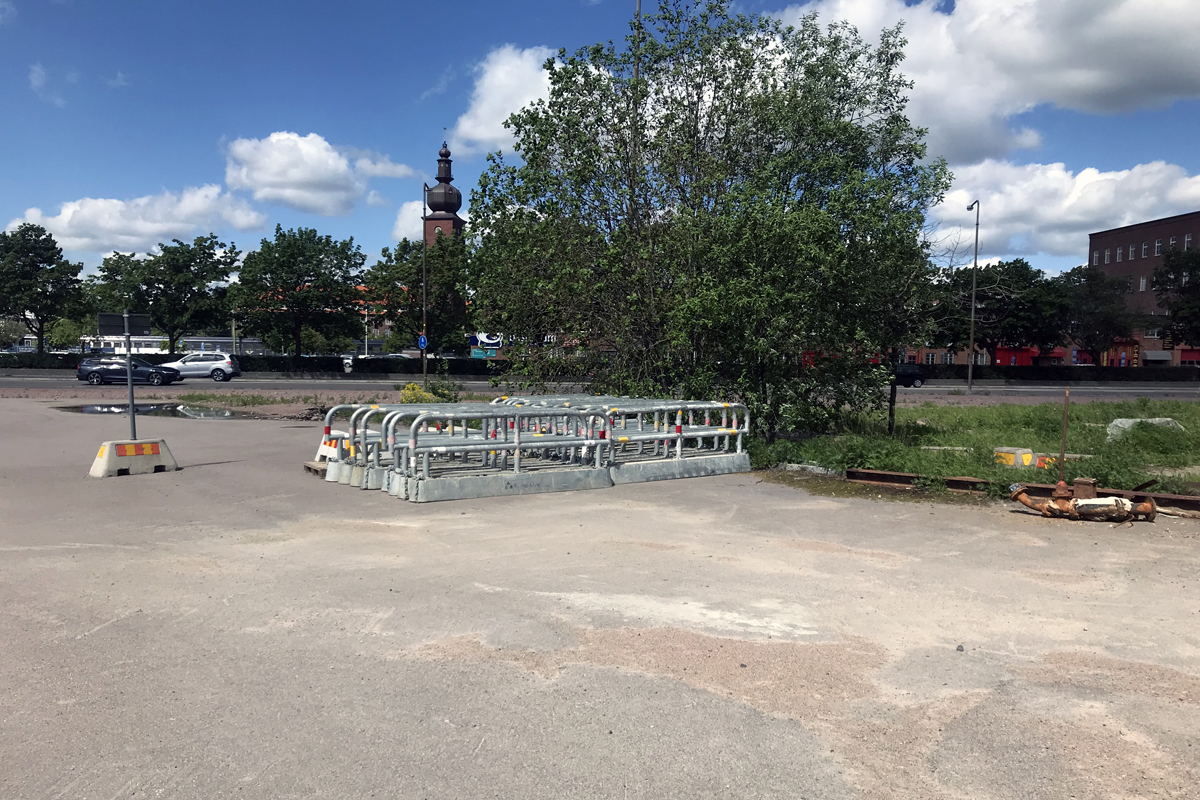 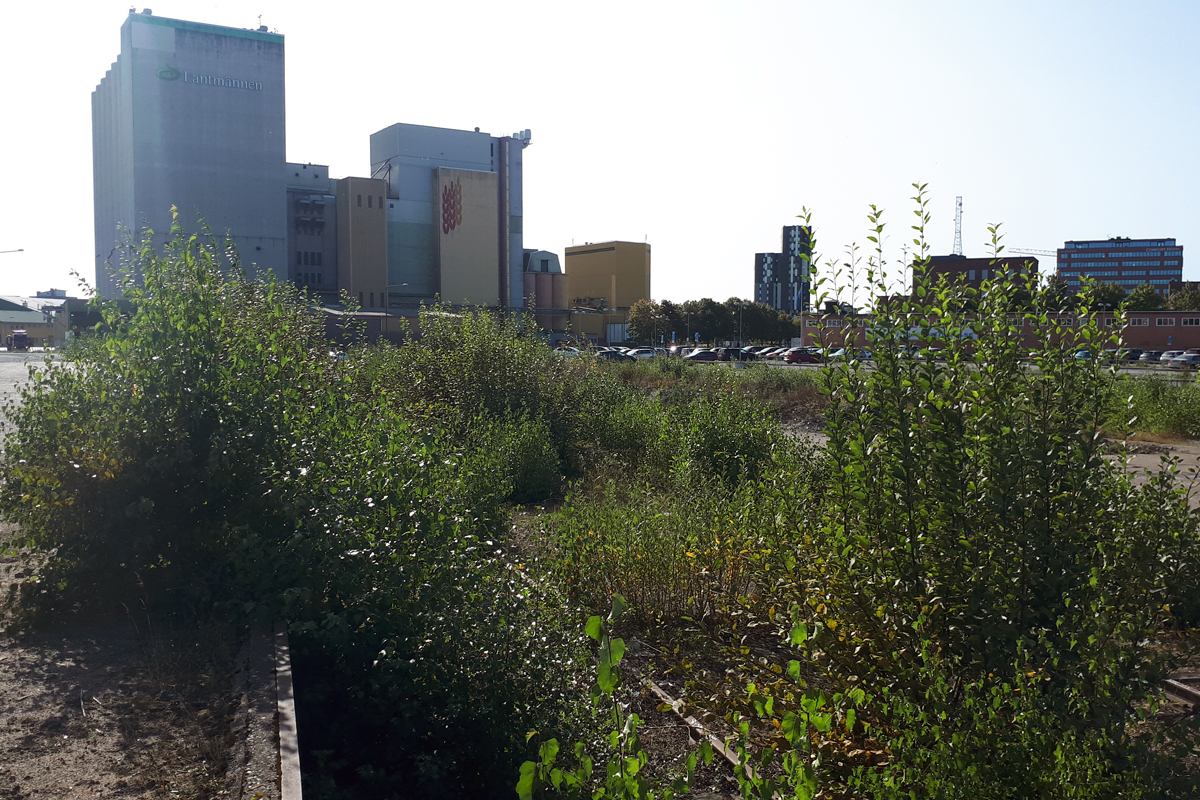 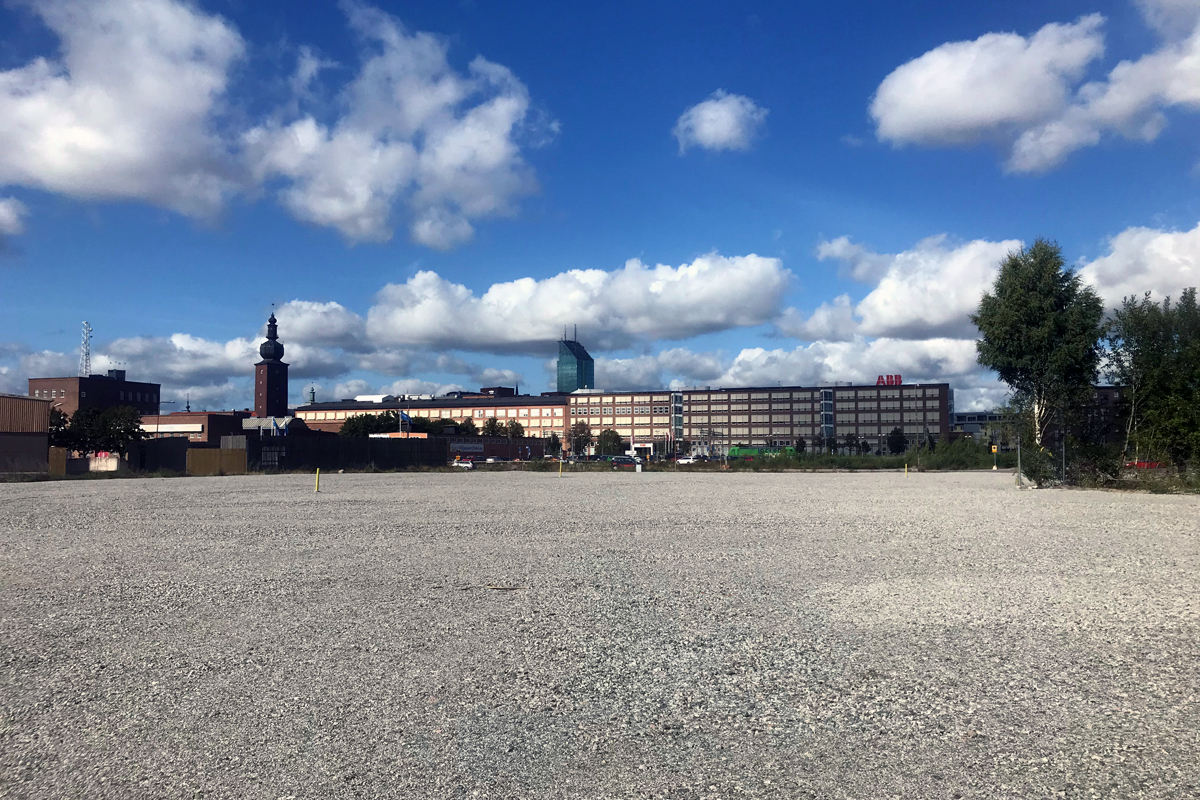