INTERVIEW
Cliquer sur les images pour agrandir
1. How did you form the team for the competition?
We are a transdisciplinary team formed by an engineer and two architects – urbanists teaming up to participate in this edition of Europan. Although some of us have been working together permanently for years, we are used to forming ad hoc teams to cooperate with the most suitable profiles for each project (commission, research or competition).

2. How do you define the main issue of your project, and how did you answer on this session main topic, Living cities?
Barrejant Colònia Sedó is a speculative approach to seven strategies articulated around the concept of merge. We have sought to take advance of the opportunity presented by Europan to research about the potential of taking the concept of merge to its limits. The proposal aims to integrate the Colony in its context, and internally, to generate a cohesive and inclusive productive milieu that merges (once again) the modern dichotomies of rural - urban, production - reproduction, public - private, ... This perspective could be applied to the concept of the city itself, which is still too often presented in a dichotomous way, as an environment opposed to the rest of the territory. To avoid this possible misunderstood, we feel more comfortable talking about living territories rather than living cities. Indeed, it is from this merged territorial perspective where our proposal operates to revitalise the site.

3. How did the issues on metabolic and inclusive vitalities and the questions raised by the site mutation meet?
Textile colonies, at least in this context, were conceived as enclosures as isolated as possible from their surroundings. Although we know that this cannot be understood literally, as the colonies also needed to establish territorial links. Whatever, the crisis that has hit the Llobregat textile colonies, especially from the last third of the last century (leading many of them to close), has shown that the model of isolated enclaves is no longer viable. We believe that merging systems, domains and functions to boost synergies, could be key aspects to achieve metabolisms that tend to close cycles and generate inclusive and living milieus.
4. Have you treated this issue previously? What were the reference projects that inspired yours?
In the last few years, we have carried out several research projects related to the issue proposed in Barrejant Colònia Sedó. For example, in E15 we explored the concept of Overlapping. These micro-researches converge and interrelate with other projects of longer span development, including a PhD in the context of the Llobregat textile colonies, a second research that analyses the morphology of depopulation processes and a third project with deals with the implementation of energy communities. Regarding references, we like to learn from authors beyond architectural boundaries, for example, Manuel Delgado’s sharp reflections constantly challenging the most orthodox assumptions. Specifically, in this project, we have tackled the challenge raised by this anthropologist when he discusses the architecture obsession with legibility. For this reason, we have wondered whether formal purity, embodied in strongly structured schemes with rigid geometries, might precisely create the greatest constraint that Colònia Sedó has in integrating with its surroundings.
5. Urban-architectural projects like the ones in Europan can only be implemented together with the actors through a negotiated process and in time. How did you consider this issue in your project?
It is increasingly difficult to implement a project (urban or architectural) in a top-down hierarchical way. This could be contradictory with the traditional competition format, in which a team (isolated by definition, so as not to break anonymity) can propose solutions in a very limited period, renouncing to cooperation with other agents, or simply interacting through the briefs or the FAQ. At this stage, the most assertive way we have found to deal with this contradiction is to focus on the design of processes that suggest project hypotheses or open scenarios, conceived to catalyse cooperation processes towards the implementation of the real proposals. This operating way is neither perfect nor free of conflicts, but we believe that it is more convenient than the traditional blueprint.

6. Is it the first time you have been awarded a prize at Europan? How could this help you in your professional career?
This is the second time we have been awarded in Europan and we are very excited about this new opportunity, which will hopefully allow us to continue working in this exciting context.

Has your team, together or separately, already conceived or implemented some projects and/or won any competition? if yes, which ones?
In the last years, we have been awarded in a number of competitions (e.g. 2021· 3rd prize · Nusos i cruïlles, el futur de les infraestructures viàries (àmbit 5) |2019 · 2nd prize (ex aequo) · Europan 15, Vallbona, Barcelona | 2018 · 3rd prize · Concurso para la remodelación de la Plaza de los Belgas en Collado Villaba, Madrid. | 2014 · 1st prize · INVERNADA, Concurso para o Club náutico na Illa de Arousa, Pontevedra. | 2014 · Winner (ex aequo) · AMUD, International competition Designing for Free Speech, New York.; etc.). In addition, we have collaborated with other practices in the conception and construction phases of projects and some of us have built or are in the process of building as well. 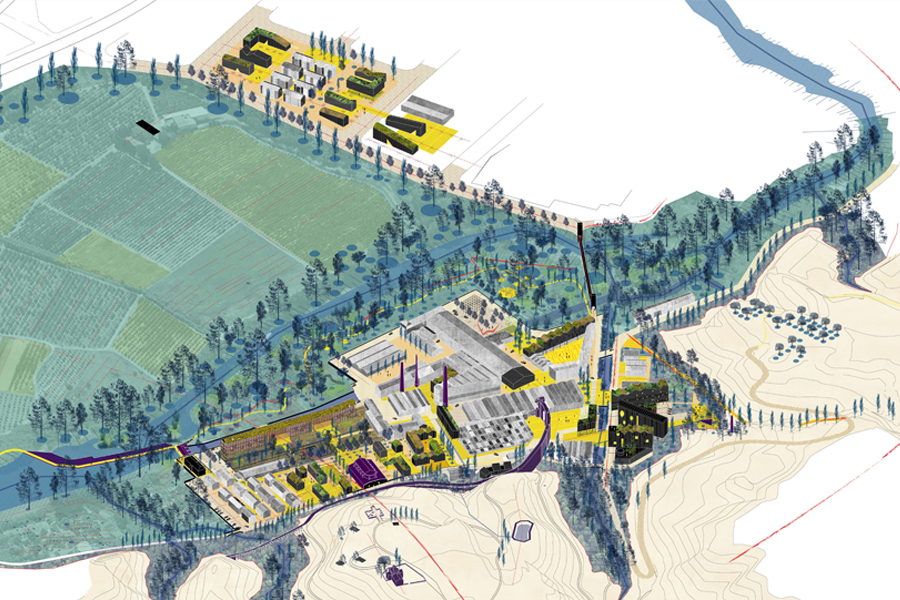 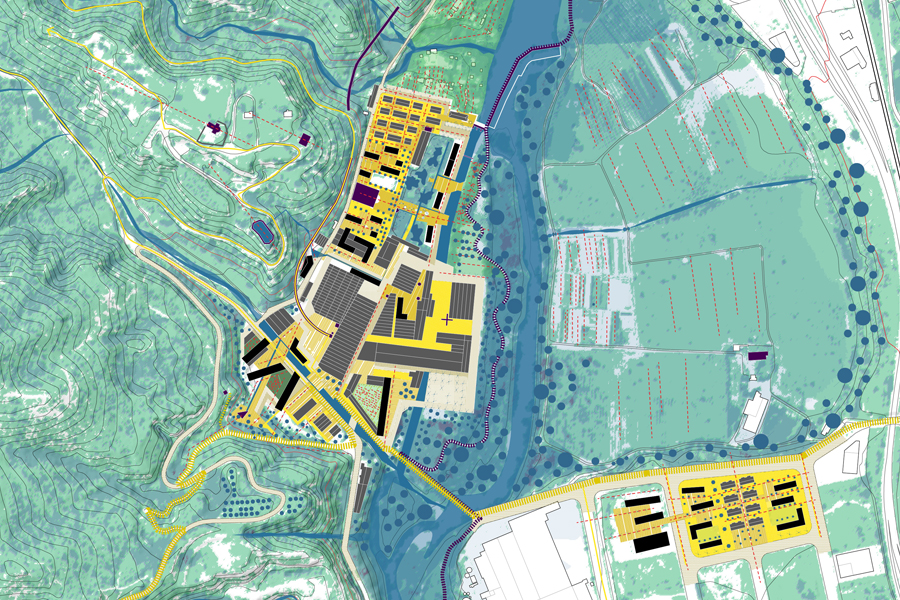 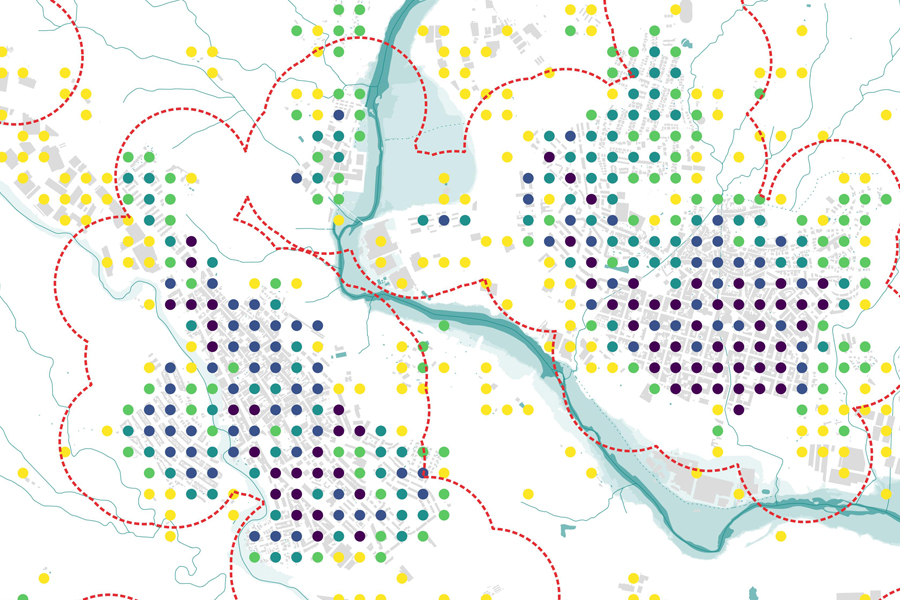 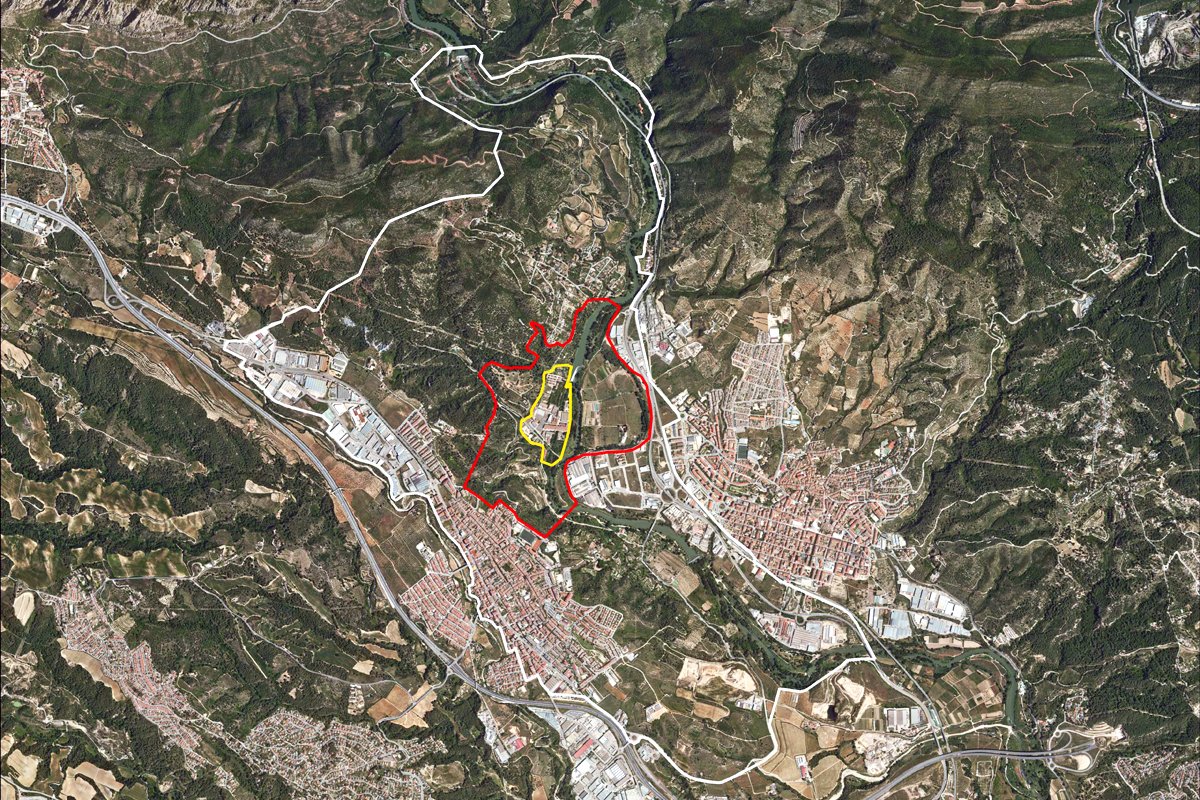 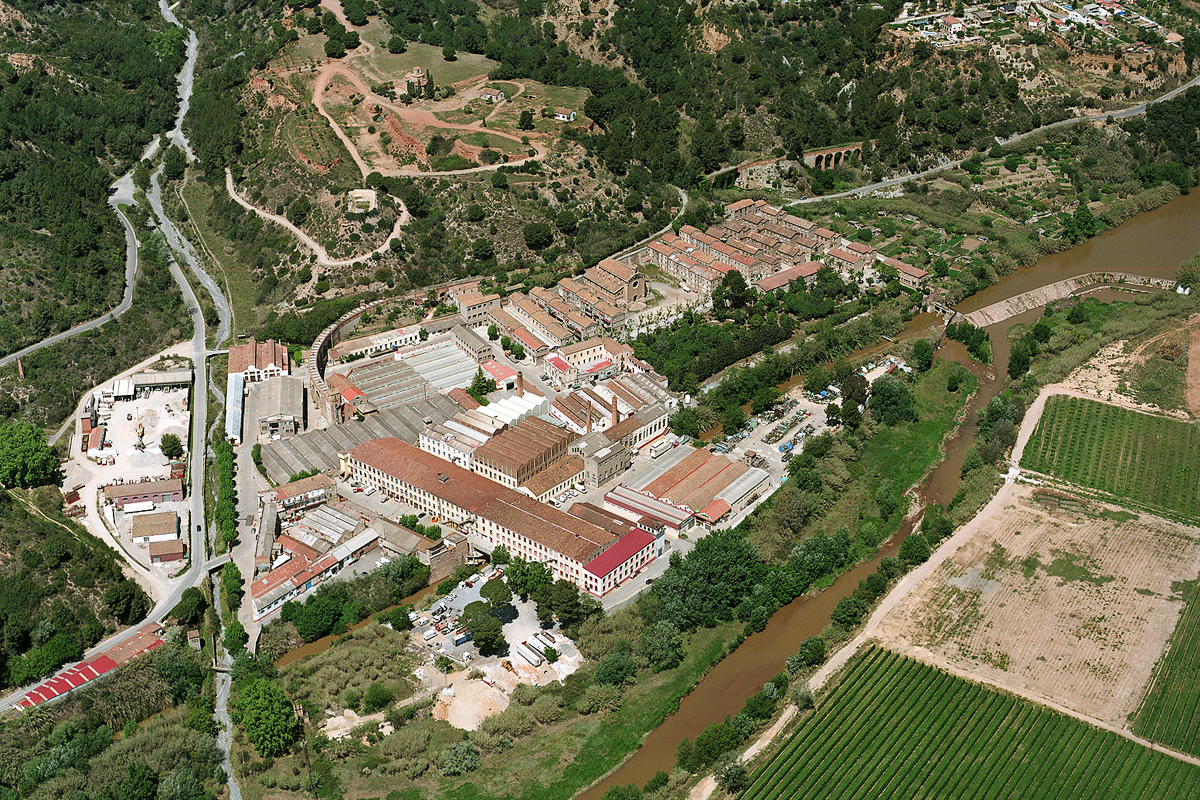 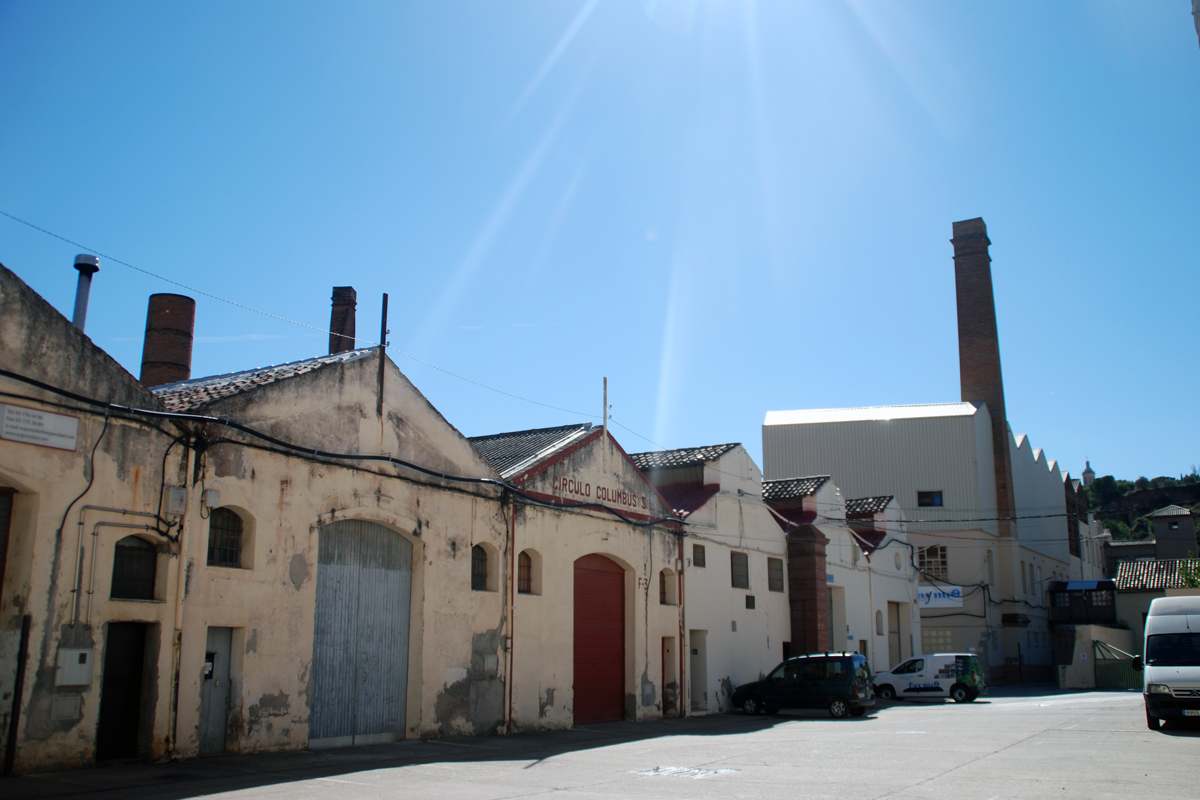 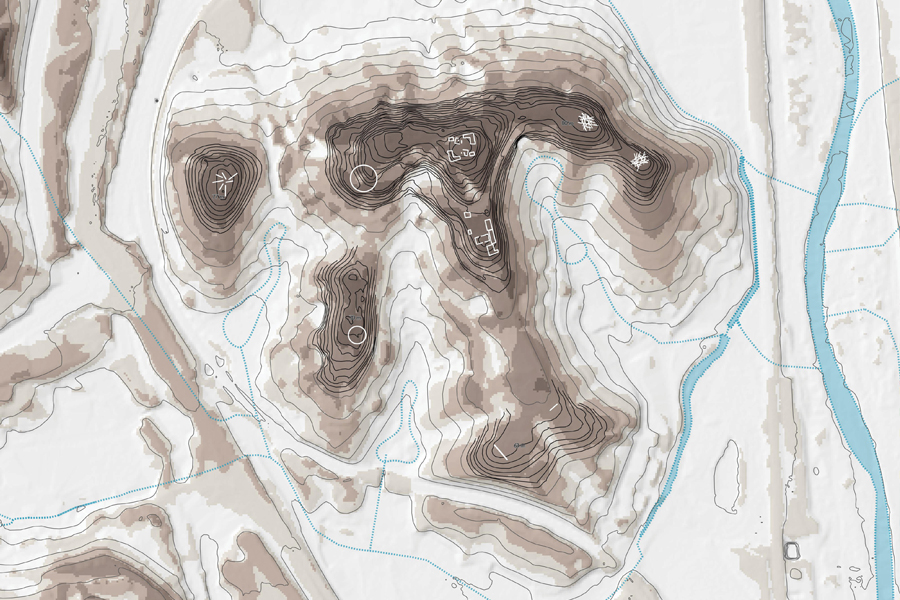 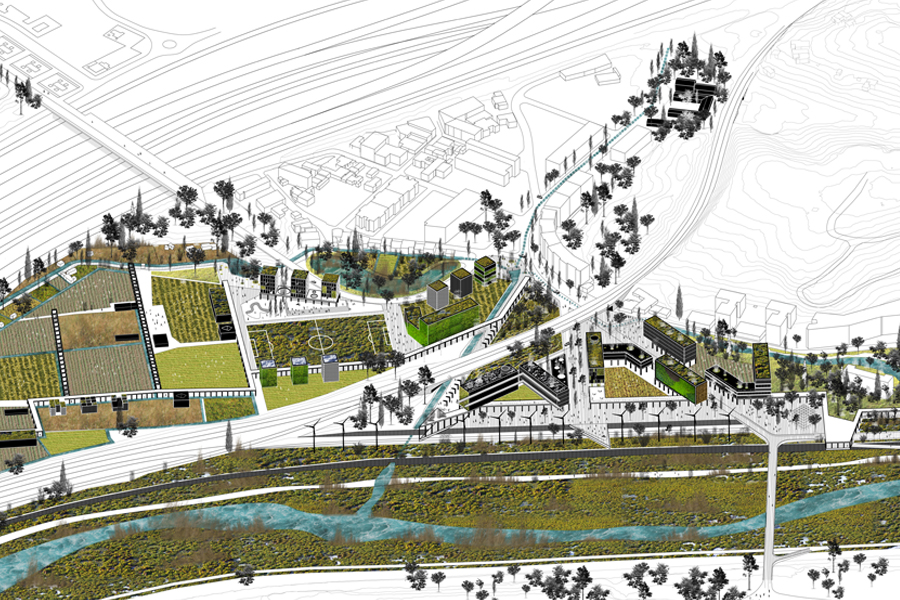 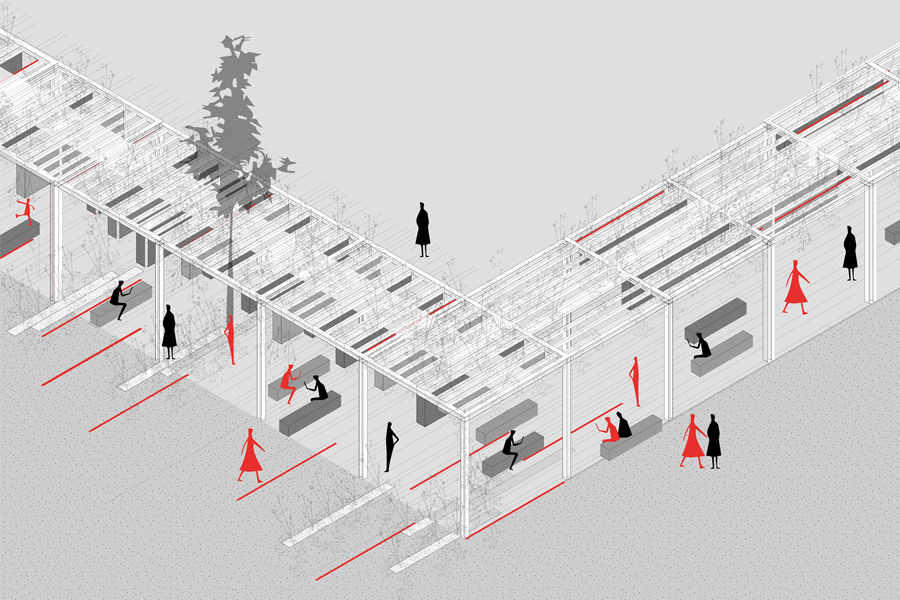