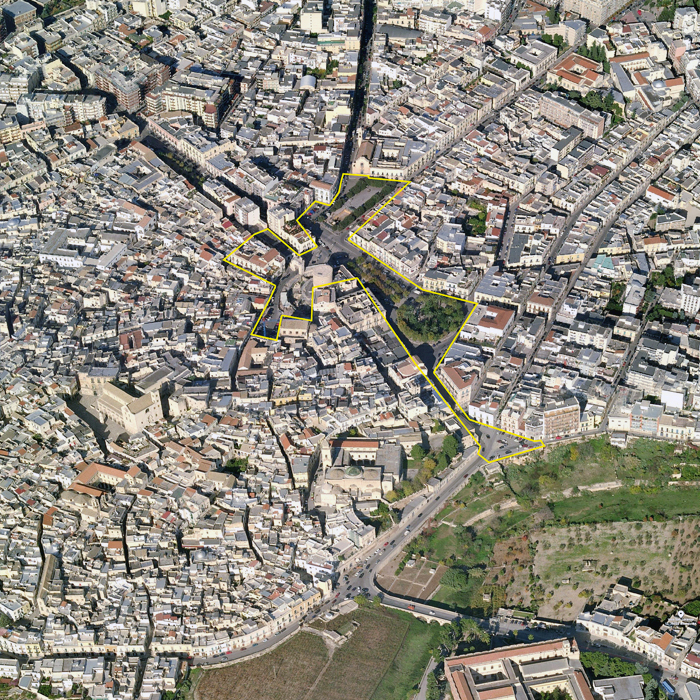 Bitonto expands from the high Murgia to 2 km from the Adriatic coast. The territory has natural, historical and rural production systems with a high ecological impact. Known as the city of olive trees, for the big production of olive oil, the city is experiencing a period of growth in the field of cultural and naturalistic tourism. This vocation makes it necessary to give identity to the urban fabric outside the consolidated city. The City follows the strategies of the Patto Città-Campagna and has already launched a program of regeneration interventions, both in the historic center and in the urban belt in the south-east/south-west area. The enhancement of the building heritage - for accommodation, promotion of typical products with spaces for farmer markets and activities related to culture and local economies - are the starting point to relate the values of the historic center with rural and naturalistic values of the hamlets of Palombaio and Mariotto.

The site consists of the squares system of Bitonto, Palombaio and Mariotto: in the center of Bitonto, the squares Aldo Moro, Marconi and Cavour; in the hamlet of Palombaio Piazza Milite Ignoto and the confluence area of all the routes to/from Palombaio; in the hamlet of Mariotto the large Piazza Roma. The strength of the hamlets (7 and 11 km away from the center) is their rural context and their access position to the Alta Murgia Park.
But there are also some critical issues related to isolation from the center of Bitonto. It is necessary to activate a new development, based on alternative energy sources, on life in the open air and on local values to be related to the center of Bitonto.
The naturalistic path, from the Lama Balice towards the Alta Murgia Park, using sections of via Cela, represents the strategic site, a catalyst element for the activation of new functions for the natural environment, which will bring benefits to the hamlets at the cultural, social and economic level.

The distance between the city and the hamlets will be reduced by the ability of the Europan project to make the values of each urban center dialogue in order to build a territorial value.
The definition of the nature trail, under construction, from the Balice blade to the Alta Murgia National Park, is an opportunity to generate new urban / territorial metabolisms. The strategy of the City is linked to the provisions of the PPTR (Regional Territorial Landscape Plan) of which it uses: the Regional Ecological Network; the Patto Città-campagna, overcoming the degenerative process that, with the urbanization of the countryside, has seen the growth of the neglect of both the urban and rural environment; the infrastructure system for soft mobility; territorial systems for the use of assets. It is necessary to think of new models of metabolic actions also for parts of the historic center, of which a “typical” block is included in the site. New uses related to the sustainable management of environmental heritage, digitization and social inclusion for a landscape that offers the quality of a living environment, to contribute to the European green transition and counter the climate crisis.
The proposals will have to build a new identity and dialogue between the two hamlets and the urban center of Bitonto, integrating the naturalistic richness with public spaces.
Why start from the squares? Because the squares represent the point where the city talks about itself. The reference point for citizens and travelers. A place where the community meets and identifies itself every day. An attractive place where the spirit of sharing is inevitably synonymous with safety, identity and inclusiveness. All the elements for the renovation are present: great connectivity, a natural space of great quality (Alta Murgia Park, the Bosco di Bitonto, Lama Balice Park, agricultural territory of Palombaio and Mariotto), an ancient center of great wealth and historical architectural value. 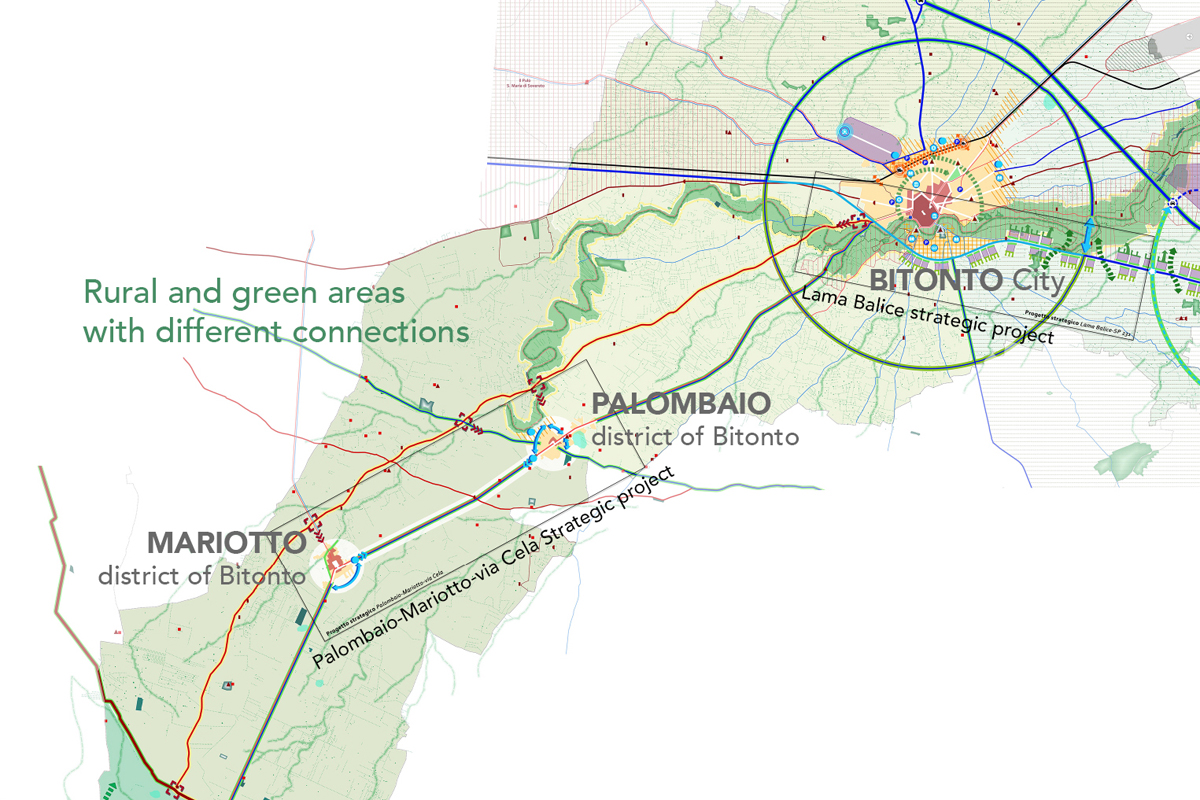 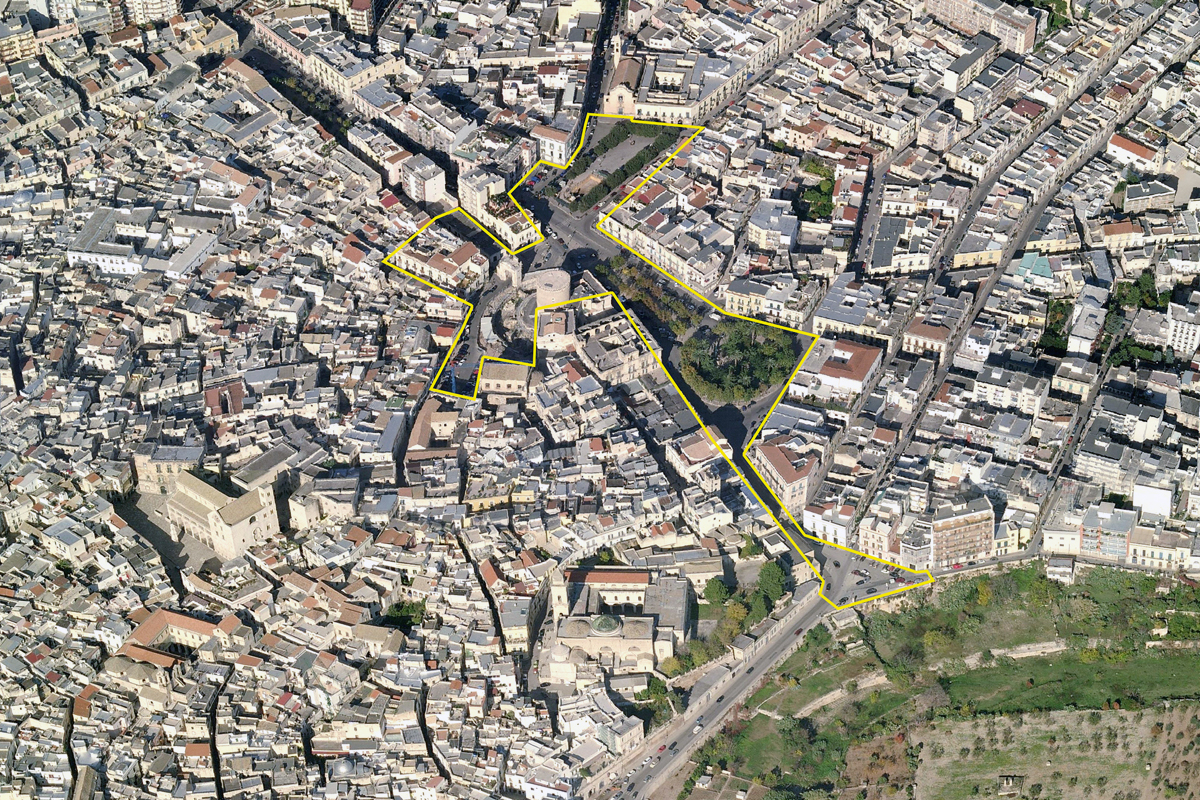 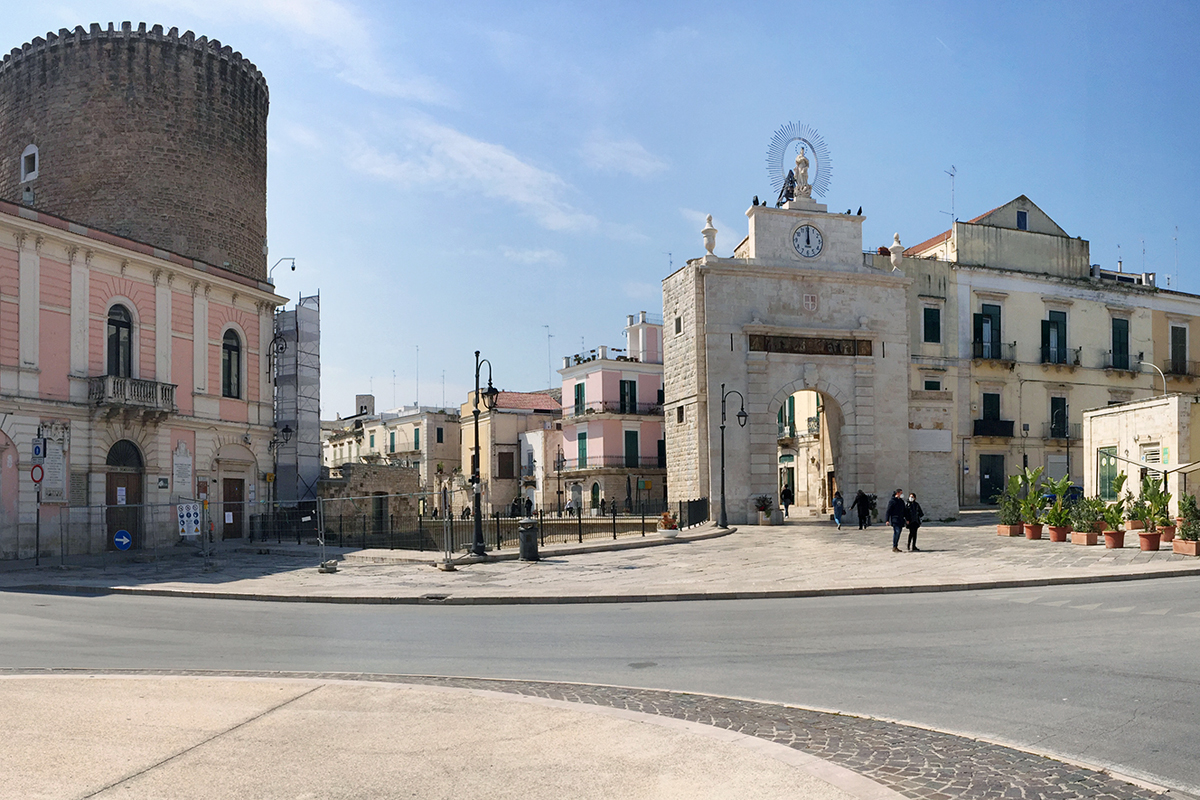 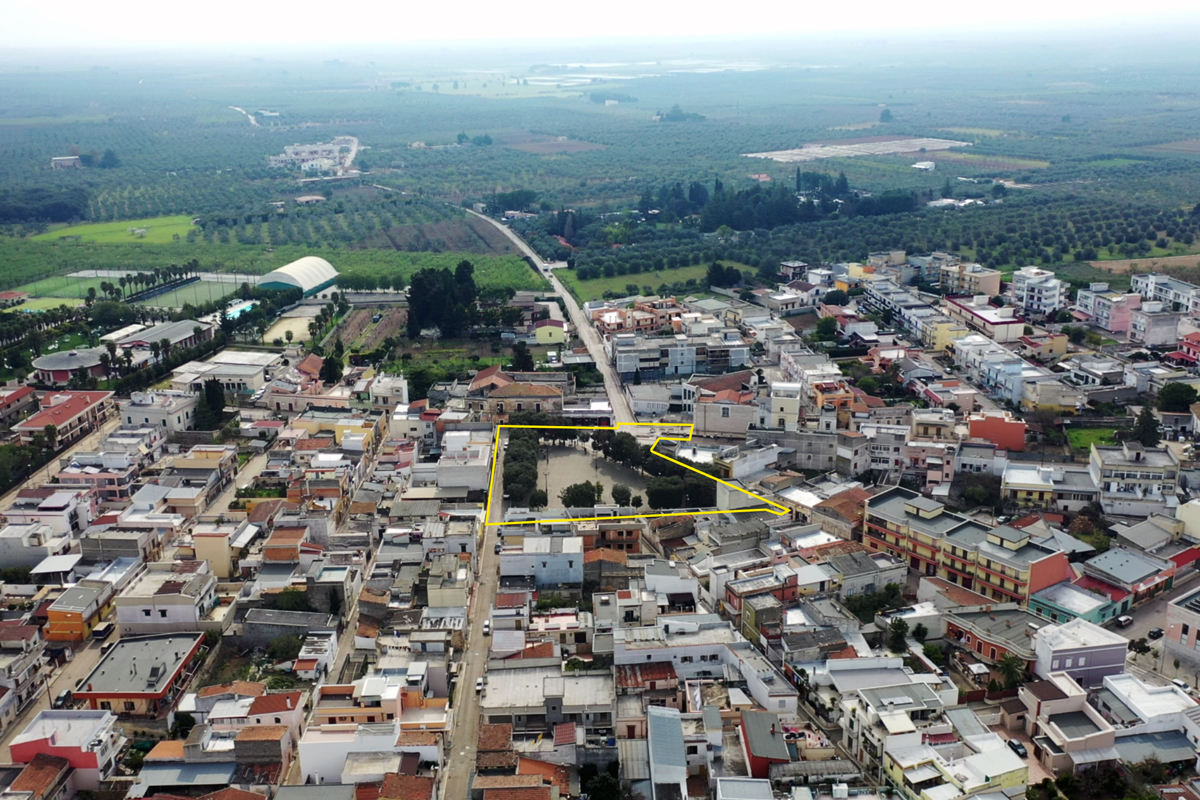 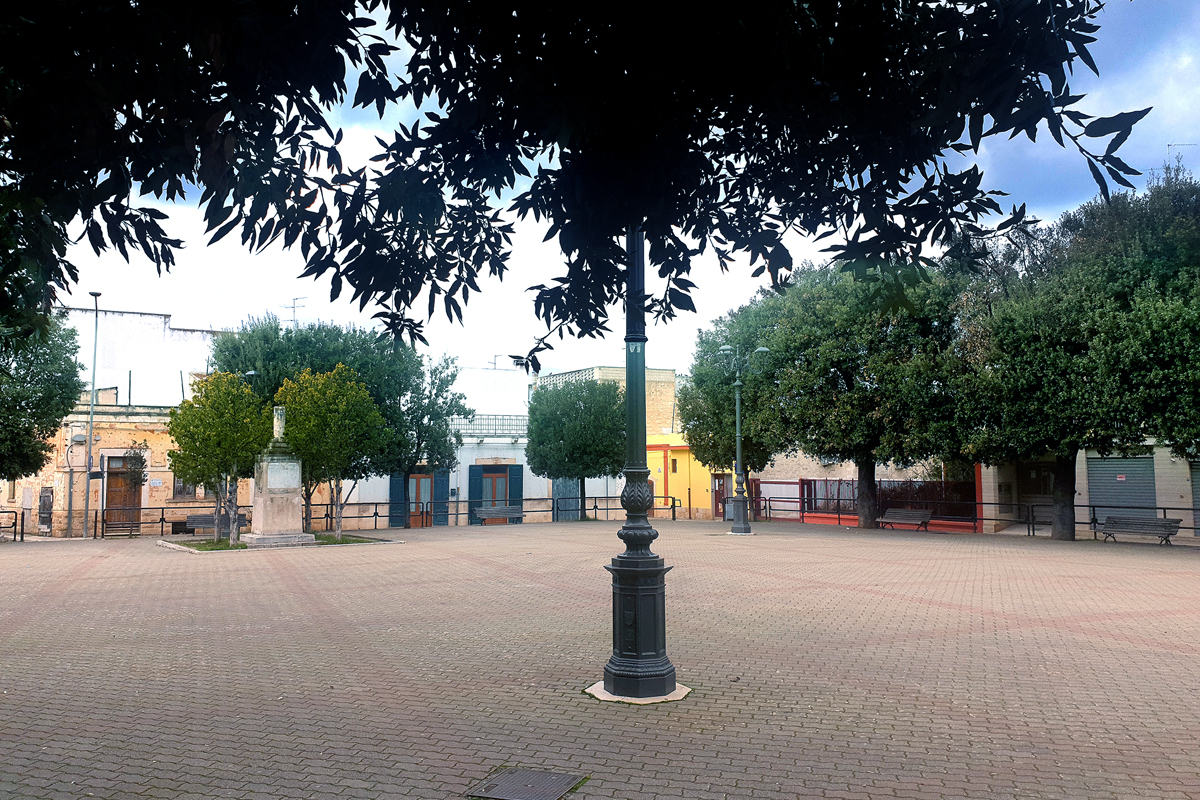 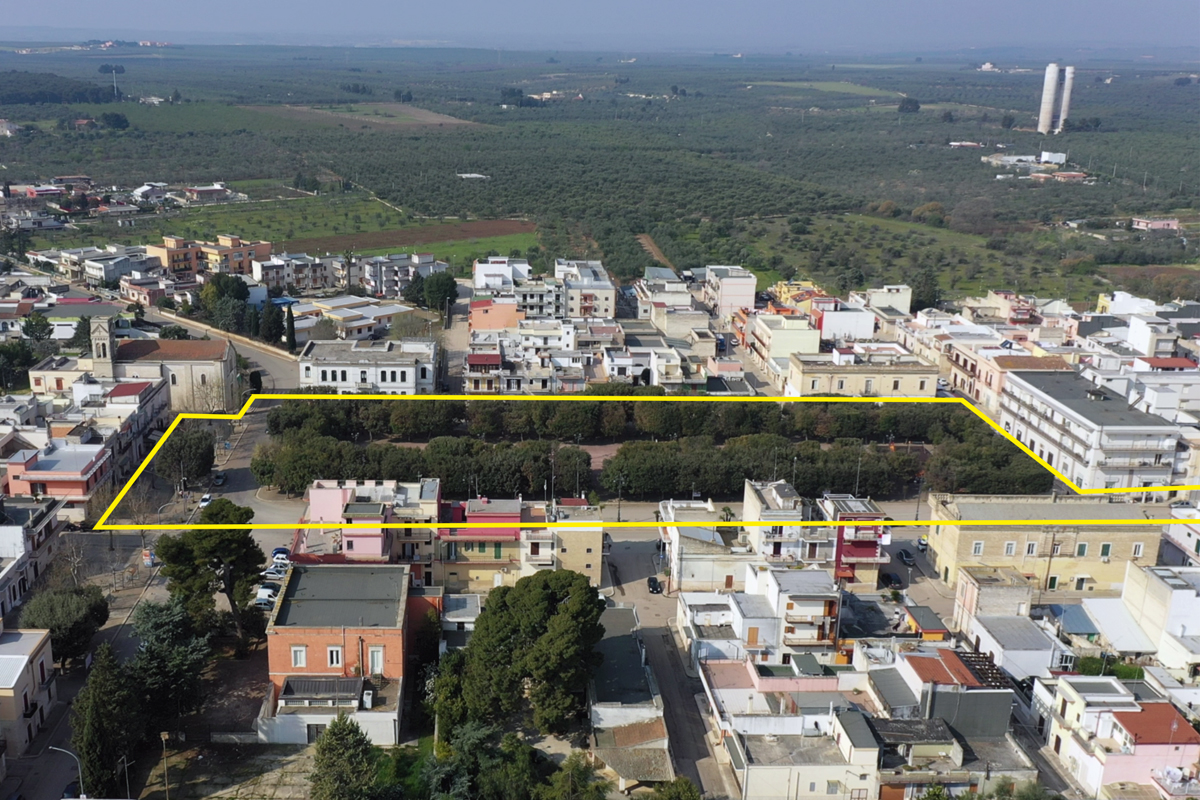 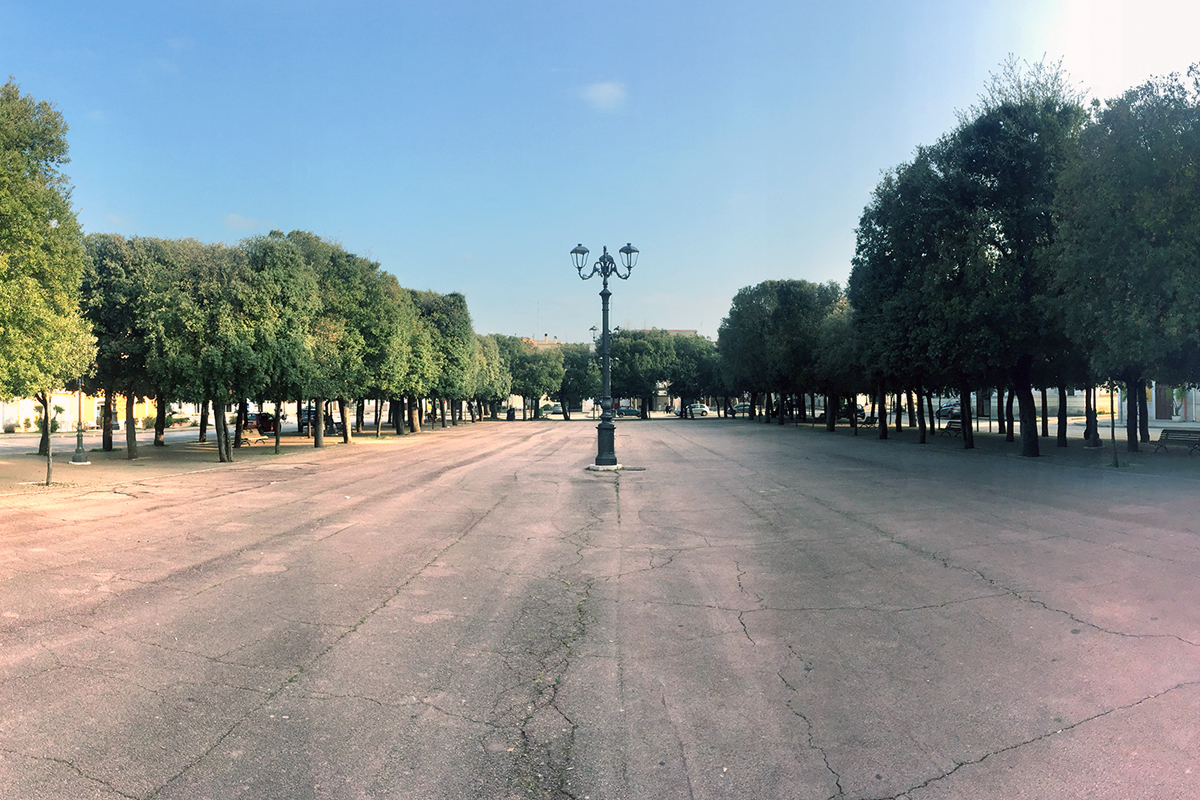 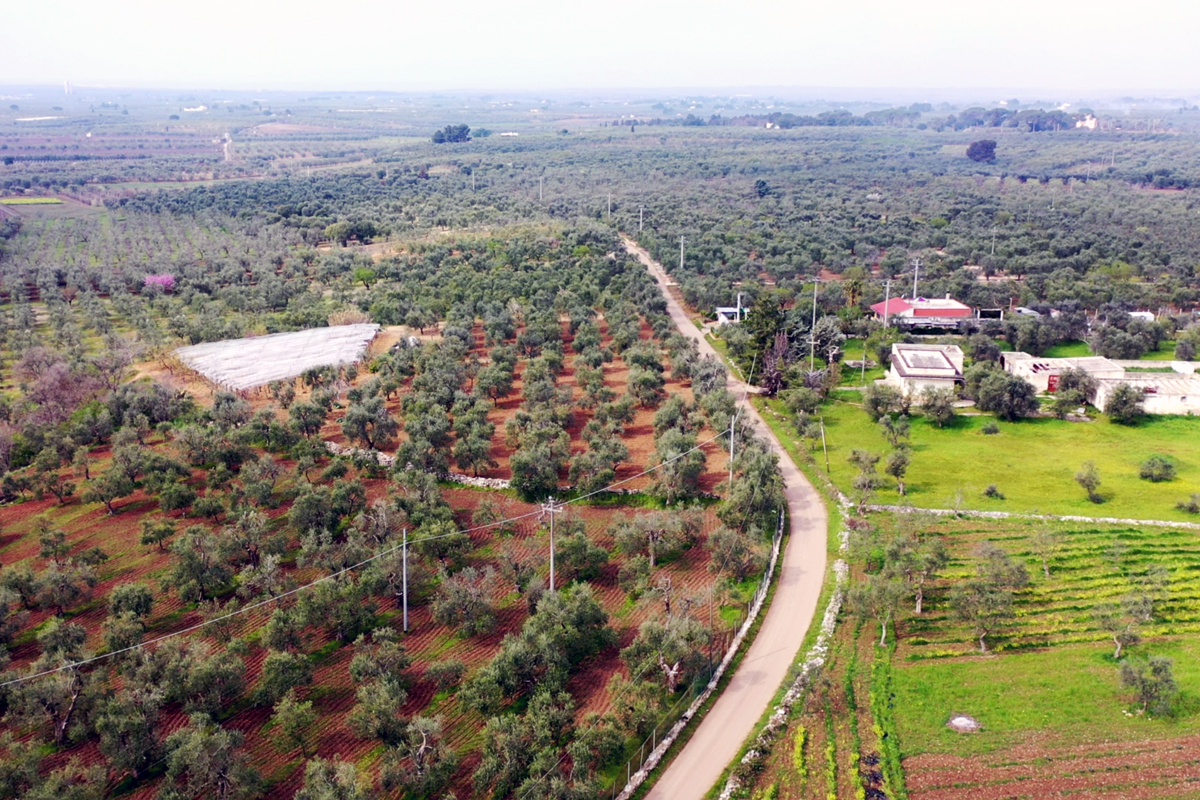