Commission after competition 1. Initial, small-scale project with temporary interventions. 2. Design of the courtyard of the municipal block. 3. Follow-up strategy for public spaces at the project site. Commission value; 1 500 000 NOK.

Risøy has always been the economic engine of Haugesund. As a vibrant interface between the local and global economy, Risøy is a place where civil society and industrial activity always existed side by side. That balance has gradually been upset: the industrial activity has been scaled up, whereas the historical residential area has been neglected. The island is bursting with unique locations and dramatic contrasts, but the streets are devoid of activity and its public spaces are run down.
The residents of the iconic island of Risøy are proud of their identity, but face challenges with respect to standards of living, infrastructure and access to services. How can this industrial island of breathtaking contrasts become a better place to live, where the industrial activity and daily life complement one another?
Risøy is in need of a public space strategy that accommodates the pulsating flows of workers, cruise passengers, goods and machines that pass through the island and at the same time gives special care to the few remaining ecosystems and the vulnerable groups living on the island. Haugesund has entered Europan before and in 2020 received the Housing - and Town plan price for their 10 year long engagement with the implementation of the winning entry from Europan 11. The municipality now trusts Europan with their next large town planning process on the island Risøy - a site that invites entrants to envision both the big picture and detailed local interventions in order to weave the large- and small scale together into a functioning whole.

Risøy, a neighbourhood in the centre of Haugesund, is home to an offshore shipyard which is one of the most important employers for the town and region, as well as older housing of highly variable quality. The island is also an important terminal for regional ferries and visiting cruise ships. In many ways, Risøy is Haugesund’s gateway from the sea, which shapes people’s first impressions and the town’s reputation in the world. The shipyard generates a lot of traffic, including cars and heavy goods vehicles, which puts pressure on infrastructure and occupies road space. Large areas are taken up by surface parking.

Risøy has always been a centre for trade, manufacturing and the town’s contact with national and global markets. It used to be the fishing industry that exported its products all over the world, but now the shipyard and cruise port represent Risøy’s interface with the world economy. At Risøy, buildings typical of a historical local community meet the enormous scale of the global infrastructures. How can that meeting be managed in a way that reduces friction and develops synergies, thereby making Risøy a better place to live and visit?
Risøy is seen as part of the town centre, which gives it great potential to become an attractive residential area with a strong identity, and an important piece in the town’s future development. The island is bursting with unique but forgotten small squares and parks, public access routes to the sea, quays, historical buildings, industrial buildings, permanent and temporary structures and dramatic contrasts of scale. The neighbourhood has for a long time suffered from low standards of living, including a big backlog of maintenance and upgrades to both houses and public spaces.
Overall, the buildings on the island are arranged in four ribbons. From east to west, they are: Businesses along the seafront; housing; boundary zone with road and car parks; shipyard and port. People who live on Risøy describe the island as urban, but with a village feel – like a town in the town, where everyone says hello.
The island offers a huge potential for new synergies that can be made through a series of exciting urban projects and experiments of both permanent and temporal character. The municipality asks for socially and economically sustainable ideas and strategies for how to revitalise the district through a sensitive approach to the local urban infrastructure and ecology. 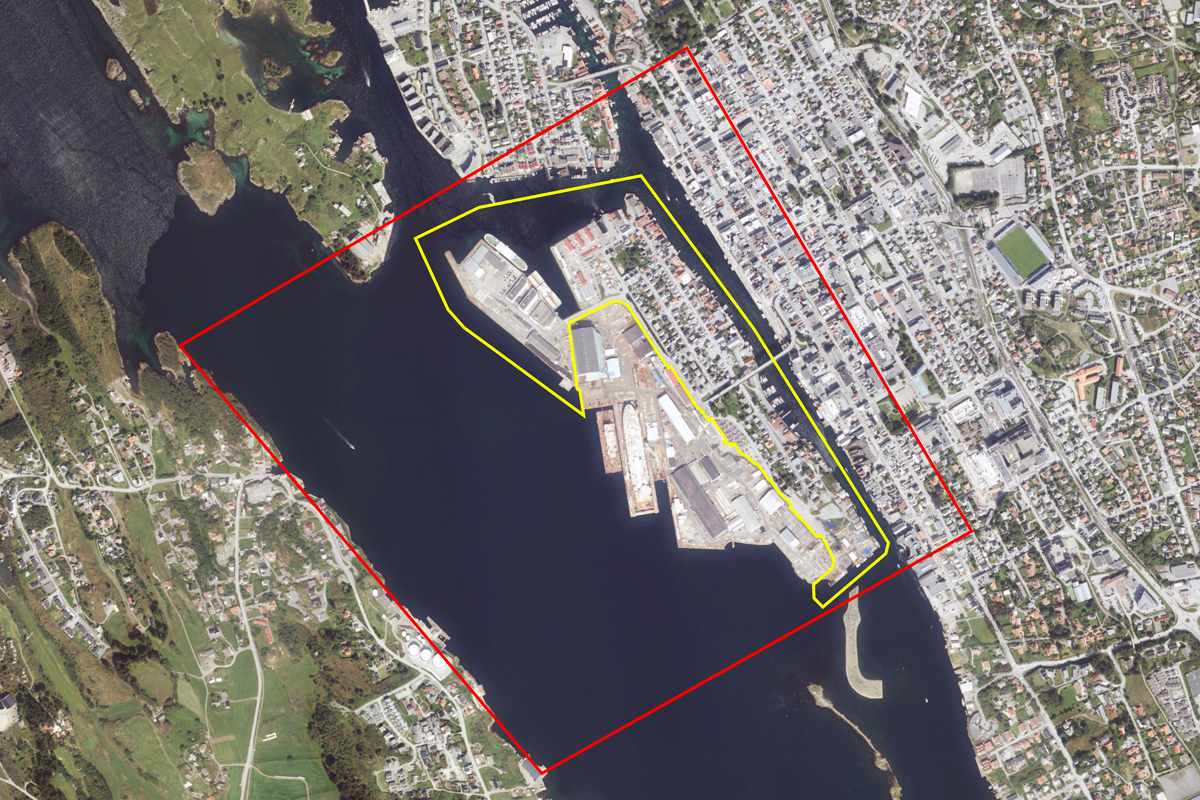 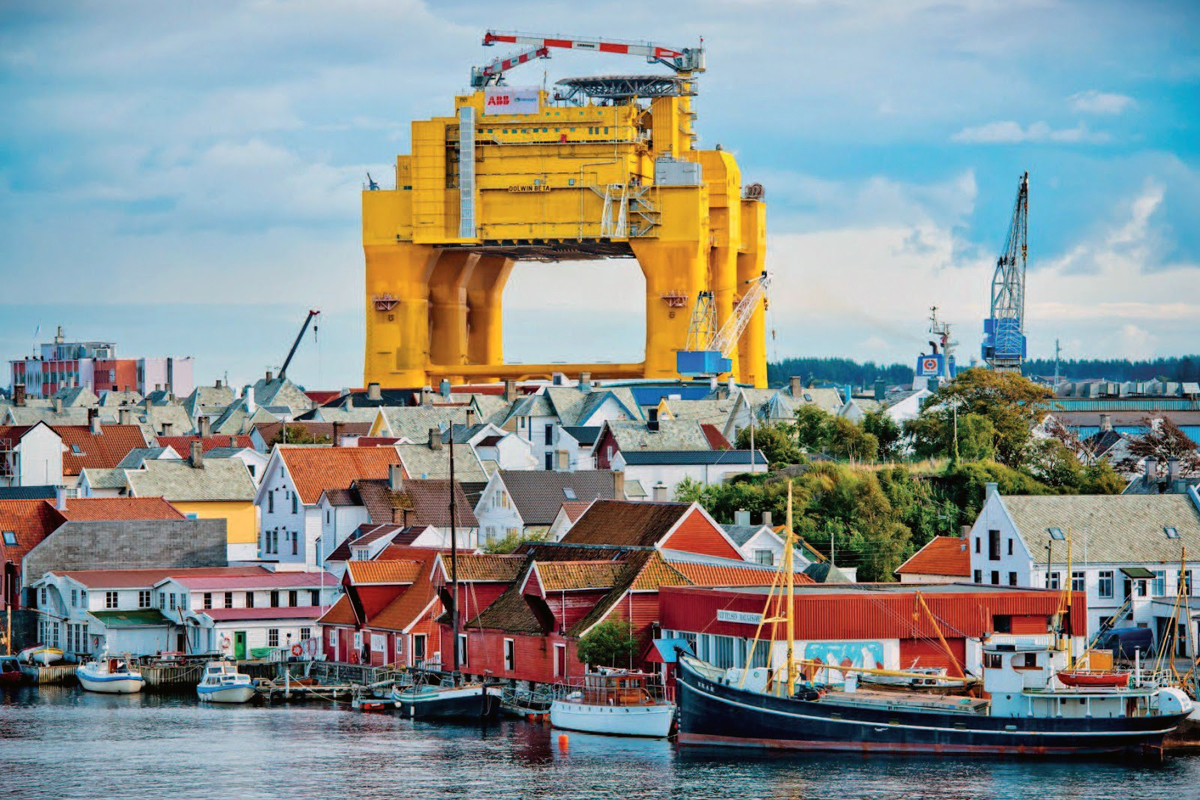 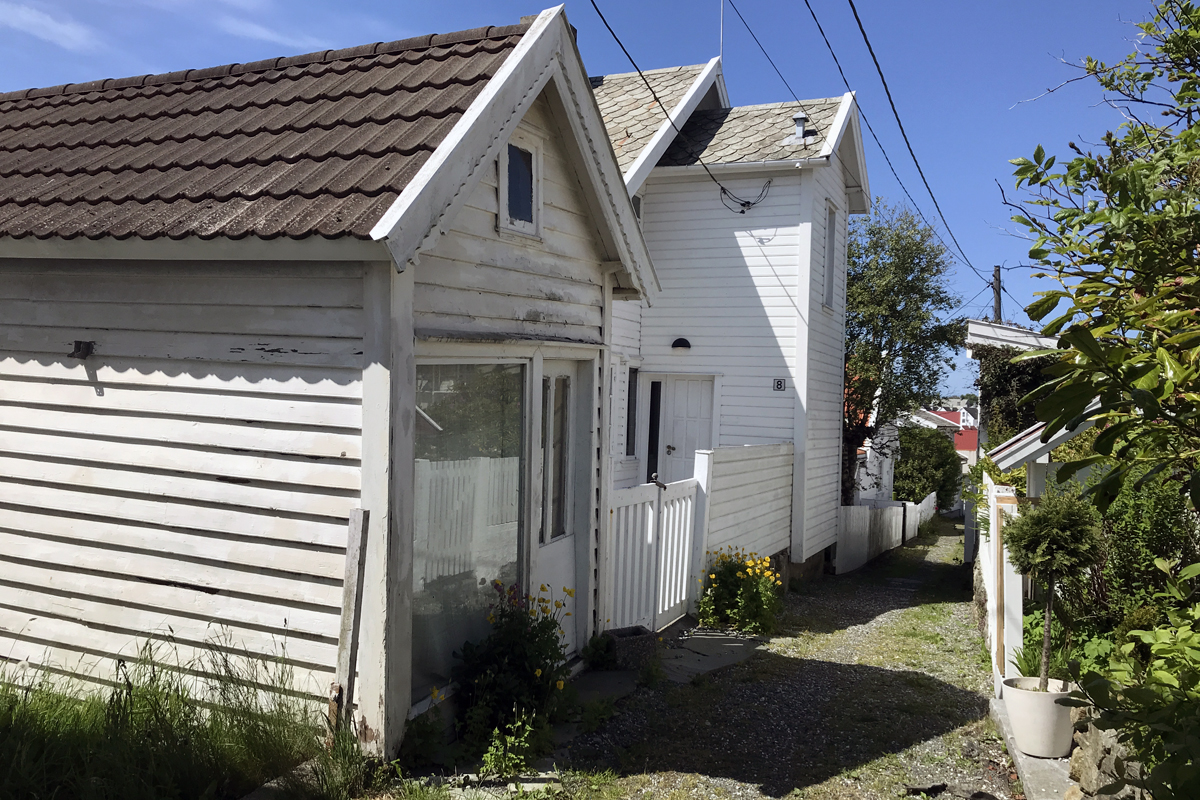