INTERVIEW
Click on the images to enlarge
1. How did you form the team for the competition?
Our team met in a spontaneous way, we are four architects who have shared part of their studies throughout university. We have experienced living and working in the same European cities, such as Brussels, Paris and Lausanne. Although not at the same time, we believe that sharing experiences in these cities has kept us connected over the years. Coming from different dispersed urban areas in Italy, sharing most of our time and ideas in Milan gave us the opportunity to strengthen our bond.

2. How do you define the main issue of your project, and how did you answer on this session main topic, Living cities?
The project proposes a long-term vision for the territory of Bitonto through the continuity of the Lama Balice, an often neglected but nevertheless still present territorial figure. The green river, as we have conceived the Lama, becomes a collector of biodiversity and a natural infrastructure able to reconnect the three urban squares with each other and with the main richness of this region, the olive groves. The squares therefore become the starting points for imagining a sequence of public spaces which enter into the agricultural land, reinforcing social and productive practices as well as the natural structures and their ecosystems. These elements compose the vision of the territory of Bitonto as an extended park. The notion of extended park entails a series of continuities, such as biodiversity corridors, soft mobility, sequences of collective  open-air activities, which for us constitute the basis for a living city. Moreover the design of the three squares incorporates the theme of stocking and channelling water. We believe this theme to be a fundamental one in the public space management of the contemporary city. Both through fostering the functioning of complex ecosystems or more simply reducing heat-island effect, the goal is to contribute to forms of life within the city.

3. How did the issues on metabolic and inclusive vitalities and the questions raised by the site mutation meet?
The relationship between site and the raised issues can be summarized through a series of  light actions which are able to give new value to the existing historical asset.
CONNECTION - a) territorial scale: enhancement of the axes of soft mobility connecting the squares to the spaces of the Lama Balice and of the productive countryside and b) urban scale: connection with the network of public spaces of the city and with daily activities (e.g. schools). RE-APPROPRIATION - extension of pedestrian areas and reduction and optimization of roads and parking spaces.
RE-VALORIZATION - reuse of existing resources (e.g. reuse of the stone - chianche - underneath the asphalt to be brought back to light for paving the public space), valorisation and care of existing public green areas and trees
RESILIENCE TO CLIMATE - enhancement and extension of green and shaded areas to counteract the heat island effect couples with the collection of rainwater through the impermeable surfaces of public spaces.
RE-PROGRAMMING - providing open spaces which can accommodate temporary functions and can be used to valorize the functions of the surrounding buildings.
4. Have you treated this issue previously? What were the reference projects that inspired yours?
The key issue highlighted by our project is the relationship between public urban spaces and their territorial context - social, productive and natural. Our goal was to reinforce the role of public urban spaces, going beyond a re-design of a given space and shifting towards the systemic potential of an open public space. As a matter of fact, the project shows how the three squares could participate in a territorial vision of public space, which enables a series of continuities. In general, the project allowed us to gather a series of fundamental themes we have faced during our education and work experiences. Studying in Venice and through further working experiences, we had the opportunity to deal with different gazes on the city, its form, its history, the urgent environmental transition - always guided by a critical approach to the work of the contemporary architect. Therefore, rather than specific references, we like to shift the focus on the methodologies we have built through our formative experiences, such as the multiscalar approach, the recognition of the natural structuring elements of the territory, the reading of territorial figures, the conceptualization of the city-territory, among others.

5. Urban-architectural projects like the ones in Europan can only be implemented together with the actors through a negotiated process and in time. How did you consider this issue in your project?
Our project was highly influenced by the journey through the territory of Bitonto and the exchanges we had with its citizens. We understood that these spaces are deeply integrated in the everyday life and habits of its inhabitants and carry history and memories. We preferred therefore to keep the character of the squares, providing through our project a deeper integration with the surrounding territory. Moreover, the municipality of Bitonto already has an administrative structure which promotes participation, through neighborhood committees for instance. We believe therefore that our project, which is defined by a sequence of light interventions and a clear layering of actions, is a base to initiate a participative process.

6. Is it the first time you have been awarded a prize at Europan? How could this help you in your professional career?
It is the first time we participated and have been awarded a prize at Europan. This competition helped us to develop ideas on a series of issues we believe to be central in our work - for instance the relationship between territory and production, public space and ecological continuities. Lastly, having worked abroad, this particular occasion gave us the opportunity to deal with the italian territory, which we hope to get closer to after this experience. 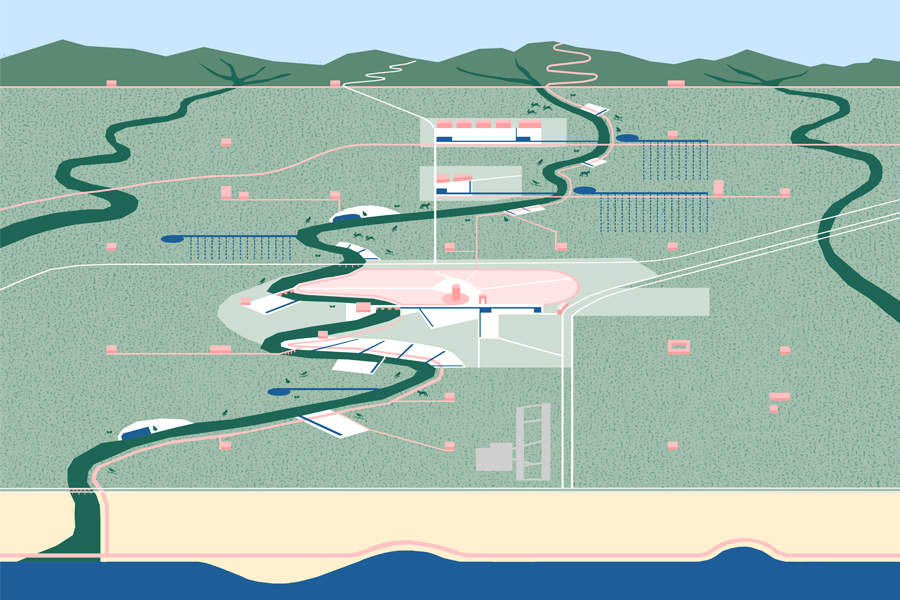 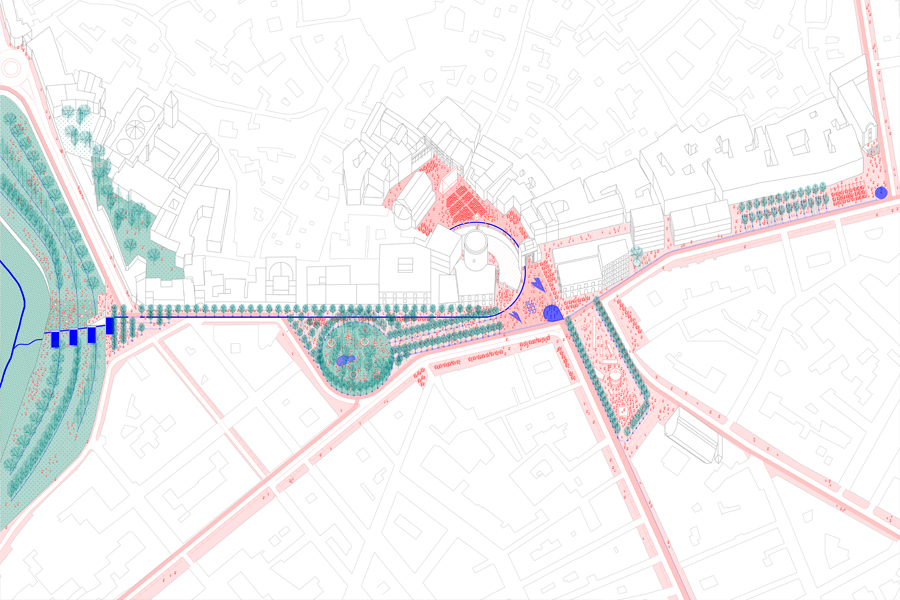 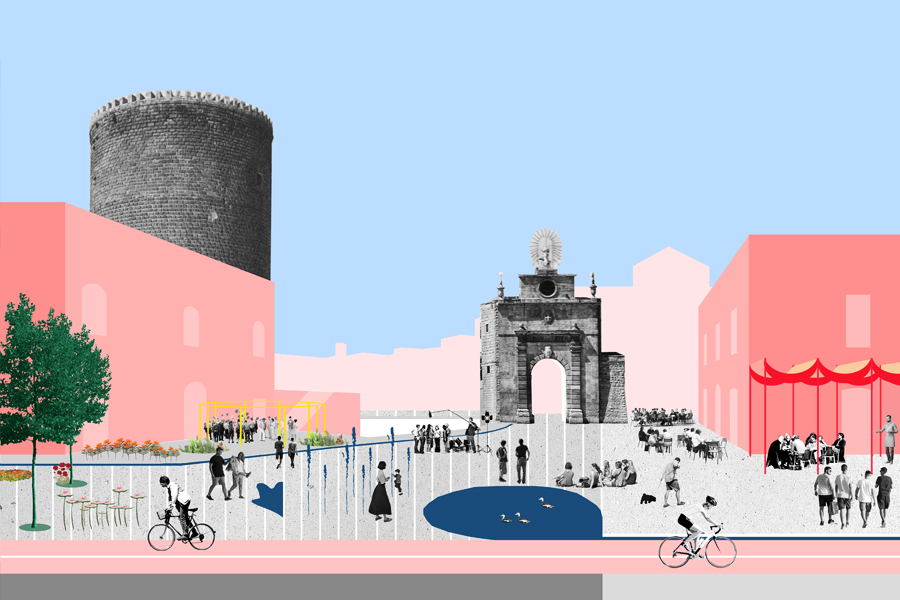 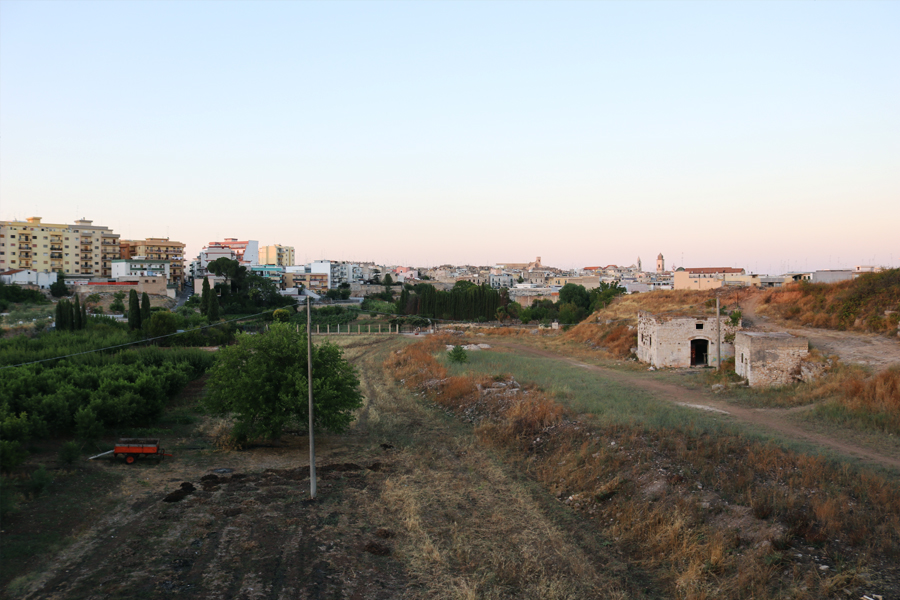 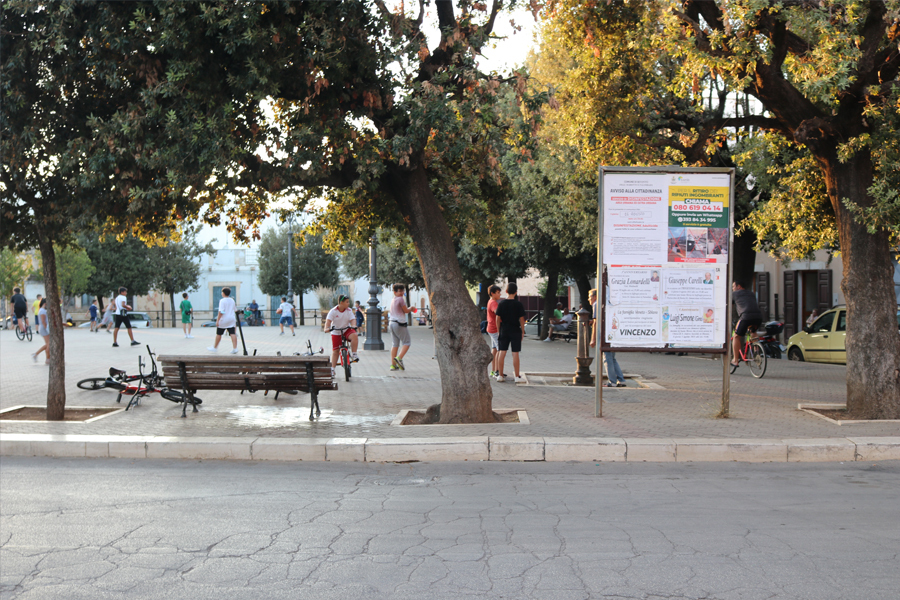 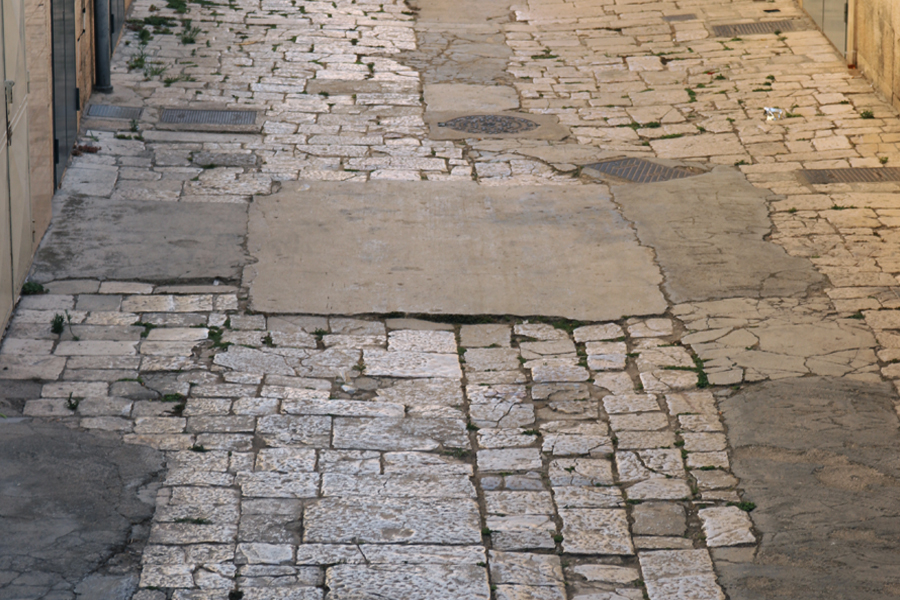