INTERVIEW
Click on the images to enlarge
1. How did you form the team for the competition?
We met at the Architecture School by sharing the same desk for months and months during our Final Project Thesis (PFC). In Spain the PFC is a huge and very long step that can take a few years, it creates strong bonds between partners. Advice, ideas, joys and dislikes are easily shared between fellows, and it is pretty common that at the end of the process individual projects benefit from collective ideas and contain inspiration from others. This experience deeply touched us and encouraged us to participate in EUROPAN 15 edition, where our proposal for Casar de Cáceres (ES) was awarded with a Special Mention. After that, we decided to create Hybrid Scapes, a collective with which we have participated in different competitions, including Europan 16!

2. How do you define the main issue of your project, and how did you answer on this session main topic, Living cities?
Contemporary Primitivism is a proposal which moves away from grand gestures and planning; thus, it gets closer to the most everyday reality by recovering the community as an infrastructure that provides people’s rights. Following the “decline” key, the project seeks to recover lost romantic realities, which were a guarantee of quality of life. The right to relax in green areas, to celebrate with your neighbors, to share or to enjoy a night in the rooftop, to organize a party in the garden... The project is an ode to the recovery of the already disappeared community spirit by proposing a colony model that follows a kind of contemporary phalanstery.

3. How did the issues on metabolic and inclusive vitalities and the questions raised by the site mutation meet?
We look at architecture projects and construction as the conjunction of nature and culture, providing for the social needs while keeping in mind nature’s strains. We think these concepts don’t need to be in opposed terms but that they are parallel lines that can cohabit in this planet, that is sustainability. Almendralejo’s site includes several dilapidated buildings in a working-class neighborhood. These are big apartment blocks that contrast with the small buildings that traditionally have been built in the area. Still, they are a remembrance of a time. In Hybrid Scapes we share the idea that sustainability must involve the preservation and adaptation of our built environment, not only as a memorial, but also to avoid the production of waste and the over-use of materials, energy, and water. Thus, promoting a wider diversity of humanscaled urban-scapes and improving their quality and habitability through an architecture composed from the nearest scale.
4. Have you treated this issue previously? What were the reference projects that inspired yours?
We strongly believe in working with architectural pre-existences in depressed areas by transforming and revaluing them. This is crucial to recover our cities and involves a major social commitment impact more than a spreading growth. Our main architectural references have been both theoretical-utopian and other more “practical”. On the one hand, the idea of community is inspired directly by Fourier's proposals for phalansteries (in the context of utopian socialism). On the other hand, the social housing and urban transformation issue has been guided by the projects of Fernando Higueras (architect who designed the UVA of Hortaleza in Madrid) as well as the activity of Lucien and Simone Kroll who designed with the idea that the sum of imaginaries creates a common reality.
5. Urban-architectural projects like the ones in Europan can only be implemented together with the actors through a negotiated process and in time. How did you consider this issue in your project?
We believe that, currently, any big project must not only be aware of the different agents and actors, but also incorporate a development strategy which includes them. In this sense, our project establishes an equitable infrastructure that seeks to allow independent action to each one of the different sectors. Likewise, a management plan that incorporates private agents, local institutions and governments as the main actors is established. By this strategy the different infrastructures foresee -according to their typology- a collective participation by a public, mixed and private management.

6. Is it the first time you have been awarded a prize at Europan? How could this help you in your professional career?
This is our second Europan project. In 2019 we were awarded a Special Mention for our proposal Hybrid Landscapes, in Casar de Cáceres (ES). After been awarded this prize, we decided to continue with other competitions under the Hybrid Scapes brand, a collective through which we try offer sustainable solutions for the urban and the architecture spaces. Projects that follow the ideas of preserving the patrimony and improving the habitability while being conscious of the environmental and economic costs. In an attempt to develop projects according to the needs and strains of our time while taking advantage of our past.

Has your team, together or separately, already conceived or implemented some projects and/or won any competition? if yes, which ones?
As a team, Hybrid Scapes has been awarded with a Special Mention in Europan 15, Casar de Cáceres (ES). Also we have obtained another Special Mention from ASAcción, a Spanish architects association that promotes sustainable architecture. We have individually obtained some awards in academic competitions. Guillermo Gonzalez Tofiño obtained for his Diploma Thesis the Intervention in modern architectural heritage honor mention by the COAM, the Annual Diploma Thesis Award by San Pablo CEU university, Schindler Local Award and Second Prize IE ARCHITECTURE+ PRIZE for emerging talent. Beatriz Nieto Rodriguez obtained for her Diploma Thesis the urban regeneration honor mention by the COAM, the ASAcción ‘REhabitating’ special mention by ASA -Asociación Sostenibilidad y Arquitectura- and the Fist Prize Schindler Local Award on accessibility solutions.
Does your team share a common workplace? if yes, give us a short description:
At the moment, our workspaces are usually libraries, work rooms, coffee shops, parks, living rooms of our parents' homes and the subway. 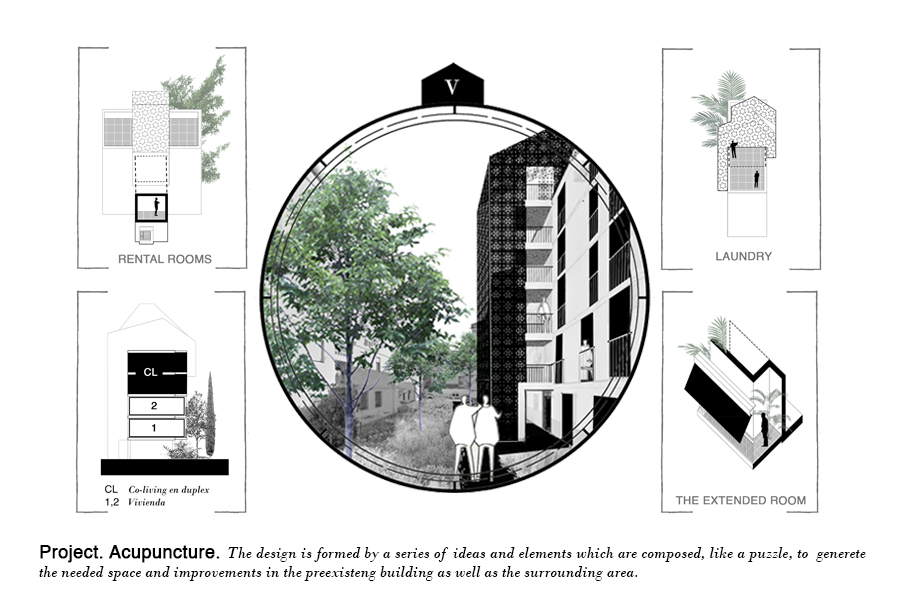 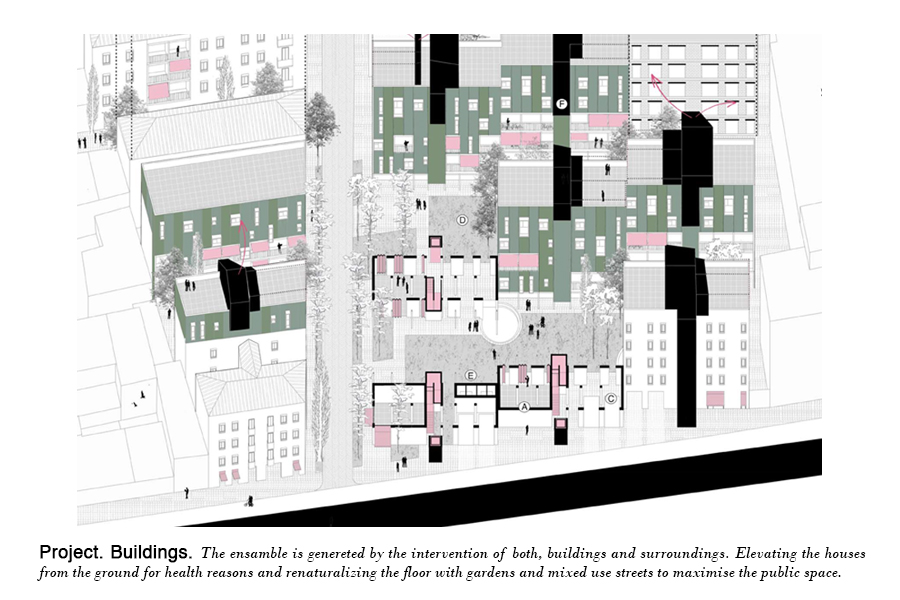 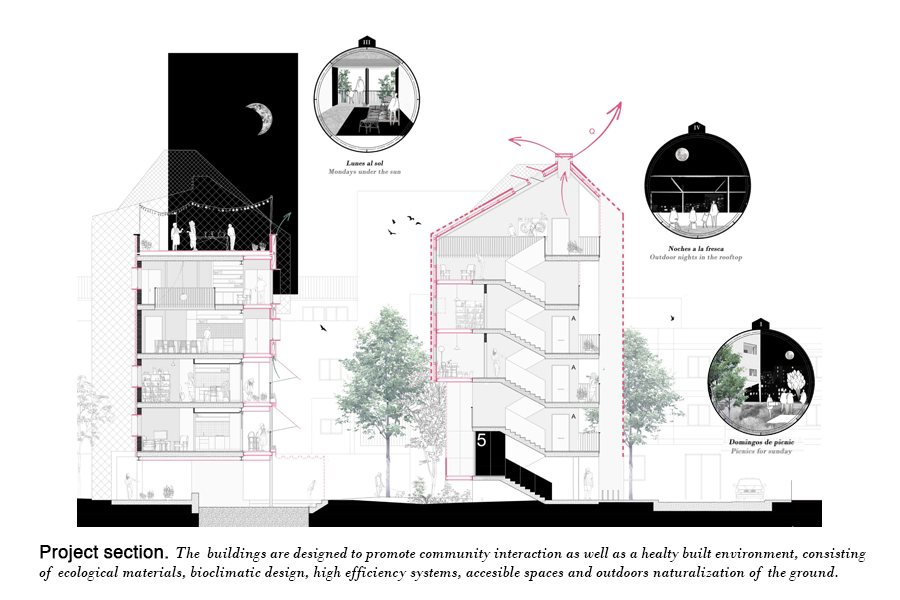 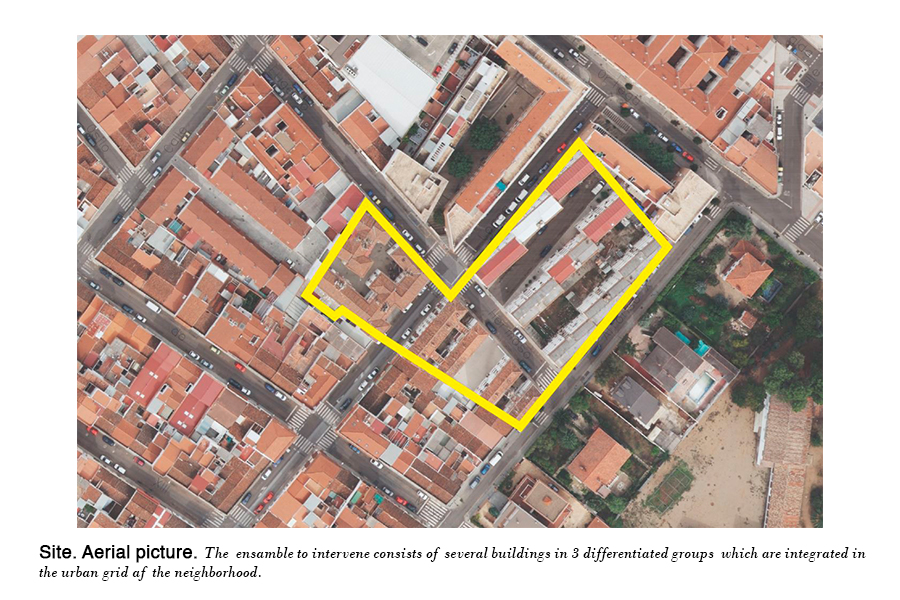 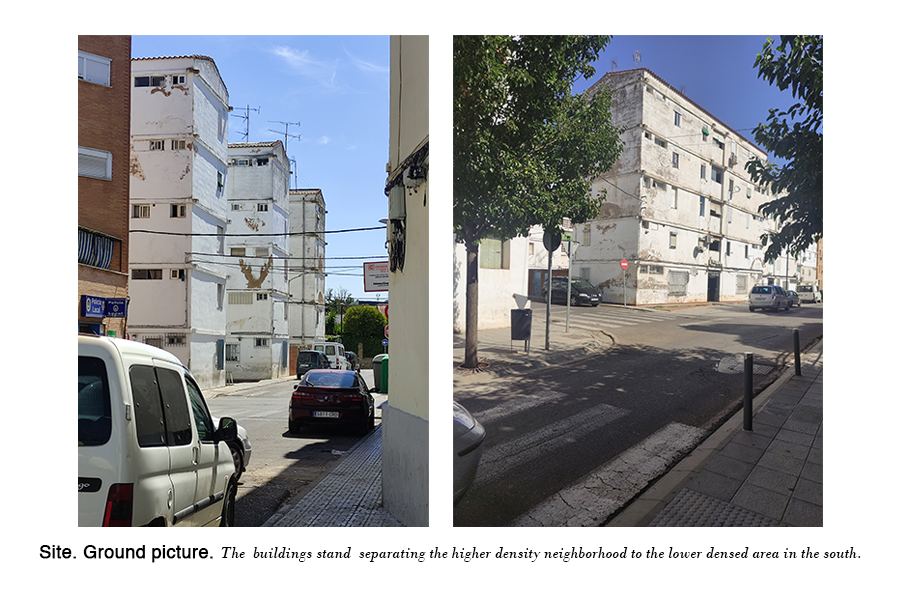 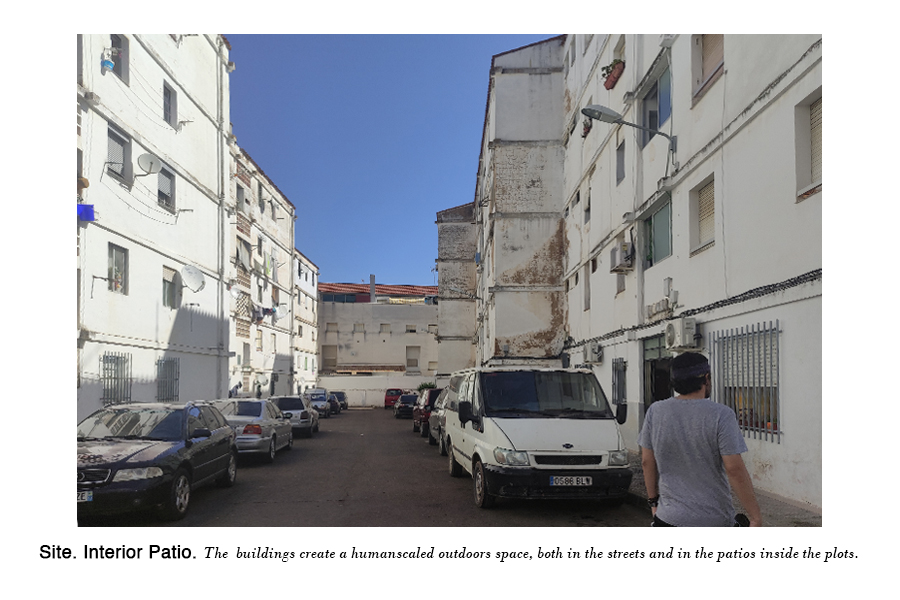 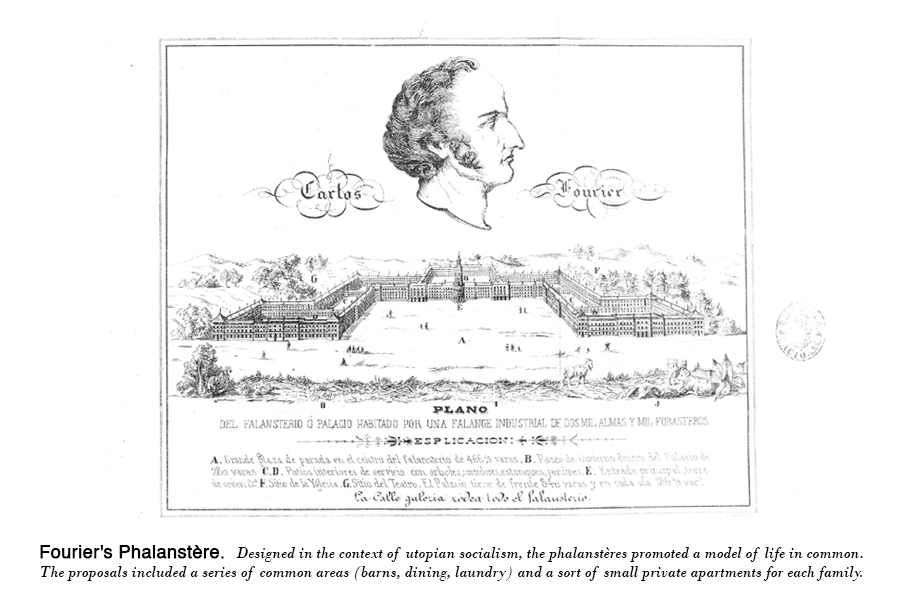 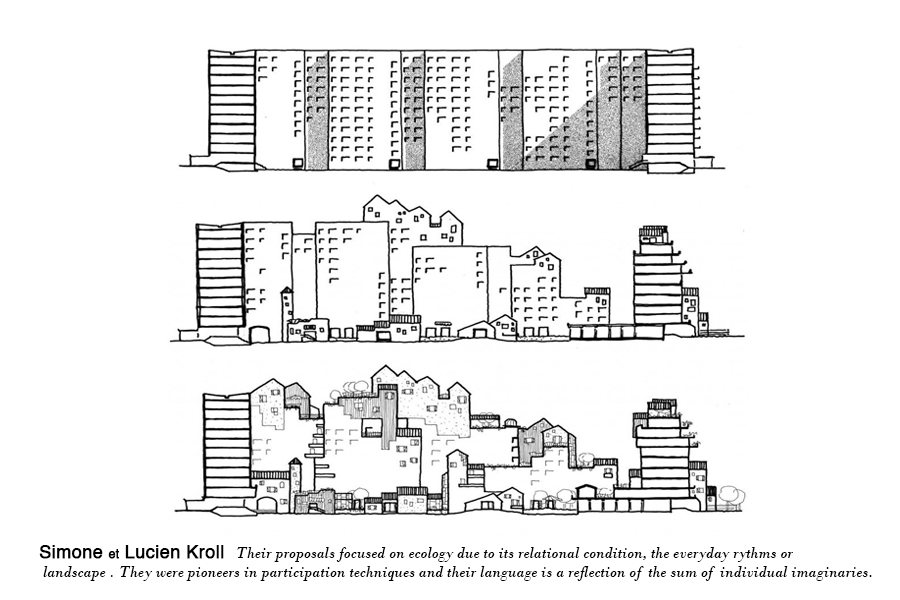 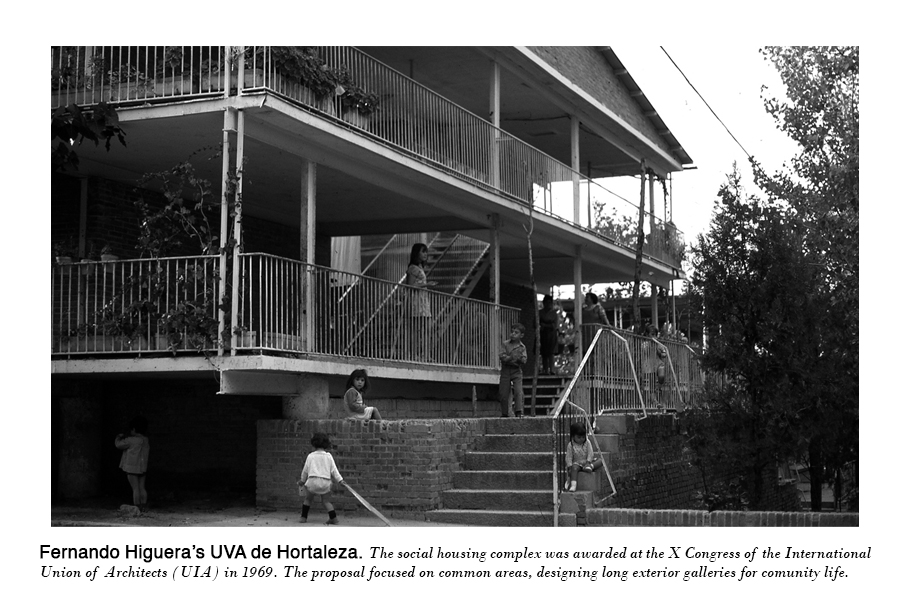 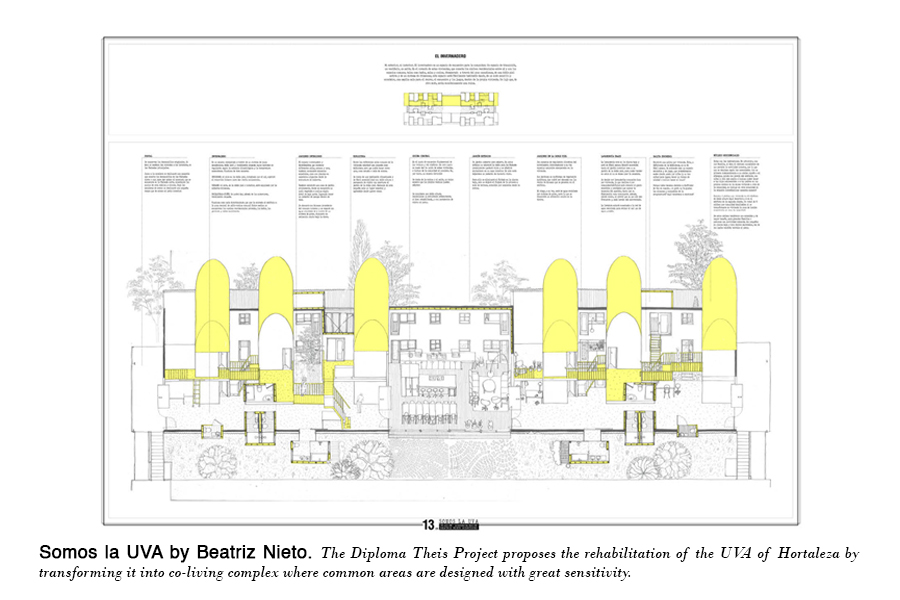 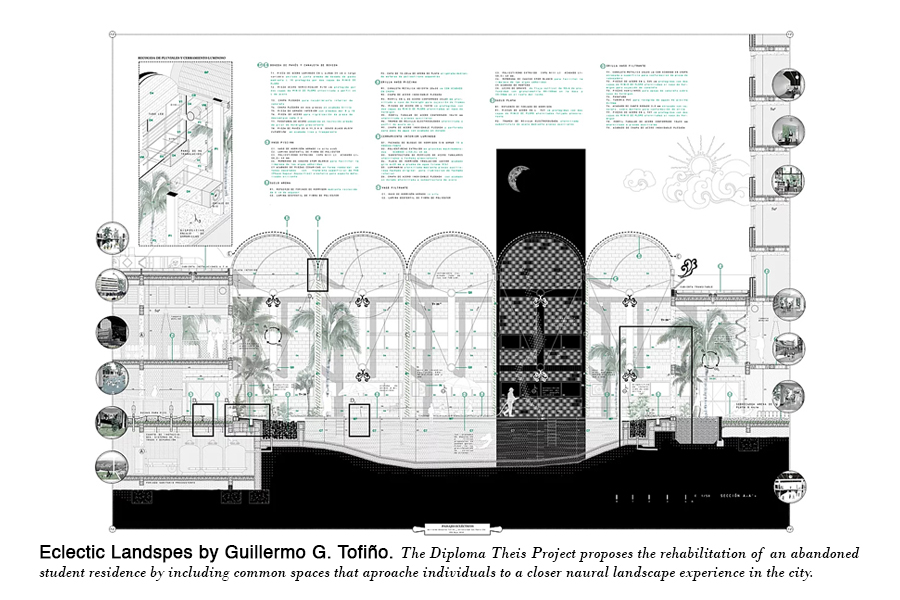