INTERVIEW
Click on the images to enlarge
1. How did you form the team for the competition?
From the very early stages of my profesional practice, I’ve tried to organize the office as a platform for researching and developing innovative architectures for the city. The approach to the project here arises as a direct response to that ethos in relation to the Europan 16 competition. Europan offers a unique context to rethink the role of architects in the contemporary city by defining a critical framework from which to reinvent conventional architectural typologies and to transform them into social condensers of cultural and economical innovation.

2. How do you define the main issue of your project, and how did you answer on this session main topic, Living cities?
‘Domestic Machines’ arises as a project that pretends to rethink the traditional german town and update it into a contemporary paradigm. It upgrades the model of the ‘Garden City’ into the ‘Techno-Garden City’, which opens up a new framework in where rurality and urbanity are not anymore opposed realms but different temporal states of the same context. Nor are the private and the public, nor work and life. Consequently single family homes or collective housing are not anymore counterpointed types. They are not anymore irreconcilable situations. Through two different typologies of formalization, the combination of ‘Domestic Machines’ allows for the creation of a new type of domesticity where independence and community are no longer incompatible, but rather coexist in the same architecture, within the two new models proposed for the sites.

3. How did the issues on metabolic and inclusive vitalities and the questions raised by the site mutation meet?
The strict zoning of urban programs, which for decades has governed the design of the modern city, has resulted in a territorial inequality between large residential suburbs on the periphery and dense work centers in the centers. Generating a unilateral dependence between them and causing the shortage of large metropolitan areas due to their deficit of mixed programs. Consequently, the public and private spheres have been held captive in watertight enclosures. Faced with this inequality, a hybridization of Life and Work is proposed. A new paradigm not simply urban, but social, in which new models of the Life / Work duo allow the balanced coexistence of both. A mixed territorial structure that integrates new urban tools such as teleworking, co-workings and co-living to generate innovative, more heterogeneous forms of metropolitanism.
4. Have you treated this issue previously? What were the reference projects that inspired yours?
I have a strong interest in researching and designing new domestic typologies that may better adapt to the urgent requirements of contemporary societies. In that sense we have faced the topic of domesticity both from a theoretical perspective through research projects associated to universities or biennales, but also from a design perspective with projects such as Gorodskoy Dom (Moscow, 2018), that aimed to define innovative layouts for standard collective housing in Russia. The project was awarded with a Second Prize at the International Competition and it focused on the hybridization of urban and domestic spaces within the residential block. Two years later, the knowledge from that project helped us to design a masterplan for Königs Wusterhausen (Germany, 2020) at the outskirts of Berlin, implementing the hybridization of domesticity with resilient strategies that was further explored here at Wernigerode for Europan 16.
5. Urban-architectural projects like the ones in Europan can only be implemented together with the actors through a negotiated process and in time. How did you consider this issue in your project?
Our cities are defined from the spaces where we live in. Both domestic and urban realms are the spatialization of our societies, of their citizens’ lives and of their social behavior. For that purpose, we have worked with Models of users. Both these Models of Users and the Architectural Typology that corresponds them are not just defined in terms of quantities (number of users, age range, square meters, number of specific rooms, services, etc) but in terms of conditions and qualities that define them as citizens of our society. For example, such a Qualification of our Users would establish different models according to the grade labor stability, to the grade of compromise of a partnership, to the grade of in- dependence within a family, or even to the possibility of growth or shirk of a family. The qualities of these groups of users are the ones that construct the daily bases that establish the rules for the definition of our urban an domestic realms. At an extreme of this catalogue stand various typologies that respond to a more conventional way of living, based in the dichotomy life/work and structured around the family node. However, at the other extreme what we have named as Total Living: a reduction of the private practices of living to the minimum cell, orchestrated around a machines that gathers all infrastructure. The remaining public domesticity is experience in community, and living, working or leisure rooms are not confined in apartments but scaled up and manifested commonly as a whole plan of the block. In between these two extreme, a series of variants allow the users to configure their needs.

6. Is it the first time you have been awarded a prize at Europan? How could this help you in your professional career?
Yes, it is. I am extremely pleased to have been awarded this Runner-up prize at Wernigerode. And also very glad for being acknowledged with a Winner prize at Aalst (Belgium) and a Runner-up prize at Graz (Austria). Europan 16 is definitely a unique chance to explore and further develop projects that aim to generate innovative. For me this is a huge opportunity to formalize more consistently my office and settle down a team to continue implement ing the projects.
TEAM IDENTITY
Office: Pedro Pitarch - architectures & urbanisms
Function: architecture
Average age of the associates: 32 years old

Has your team, together or separately, already conceived or implemented some projects and/or won any competition? if yes, which ones?
Since 2015, when the office was founded under the name ‘Pedro Pitarch Architectures & Urbanisms’, my practice has focused on public projects half way between architecture and urbanism, continuously participating in open competitions in order to afterwards be able to develop the projects. The work of the office has been acknowledged and awarded in several architectural competitions such as First Prize for the Restoration of the Central Cinema of Cartagena (Spain, 2020), a project which is currently under development, Fifth Prize in ‘Berlin Brandenburg 2070 - 100 Years of GrossBerlin’ developing a Masterplan for the future growth of Berlin (Germany, 2020), Second Prize in ‘Dom Competition’ an Open International Competition for Alternative Layout Designs in Standard Housing (Russia, 2018), Second Prize at ‘New Cyprus Museum’ for the design of the National Archaeological Museum (Cyprus, 2017), Honor Mention for the ‘Cultural EPIC Centre & Masterplan’ at Gorizia Station border Zone (Italy and Slovenia, 2020) and First Prize with ‘The Cultural Factory’  for the Restoration of C.L.E.S.A. Factory Industrial Building (Madrid, 2015).

Does your team share a common workplace? if yes, give us a short description:
Domesticity has ruled my studio in both a conceptual and contextual way. During the first years, my practice was a “Nomadic Office”, carried almost as a suitcase from one apartment to other, from one flat to another, sharing spaces and life with others, in order to finally settle down more formally. Such early ephemeral and hybrid ethos informed my approach to professional practice as well. This is something that has been developed through projects such as DOM, a response to an international competition for standard social housing for the future of Russia in which we mixed Domesticity and Urbanity within the residential block. Currently the office is based in a former commercial productive space at the very centre of Madrid, in the heart of Malasaña district. The fact of working on a re-programmed architecture is also a professional statement that aims to claim that architecture goes far beyond from the mere definition of spaces to the holistic construction of contexts for certain uses, activities or events. Consequently, the role of the architect stands as a mediator among many things that are not necessarily architectural per se. 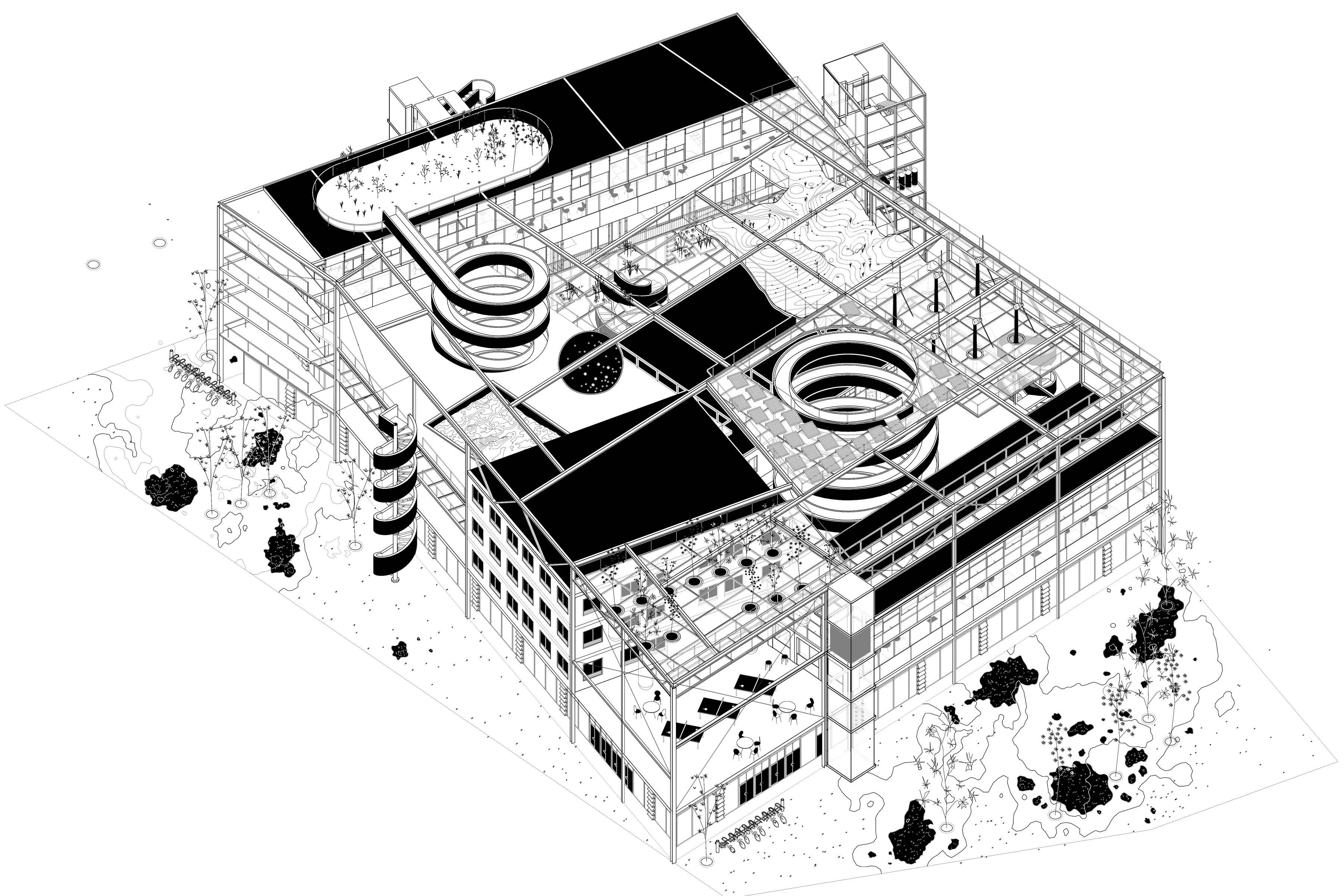 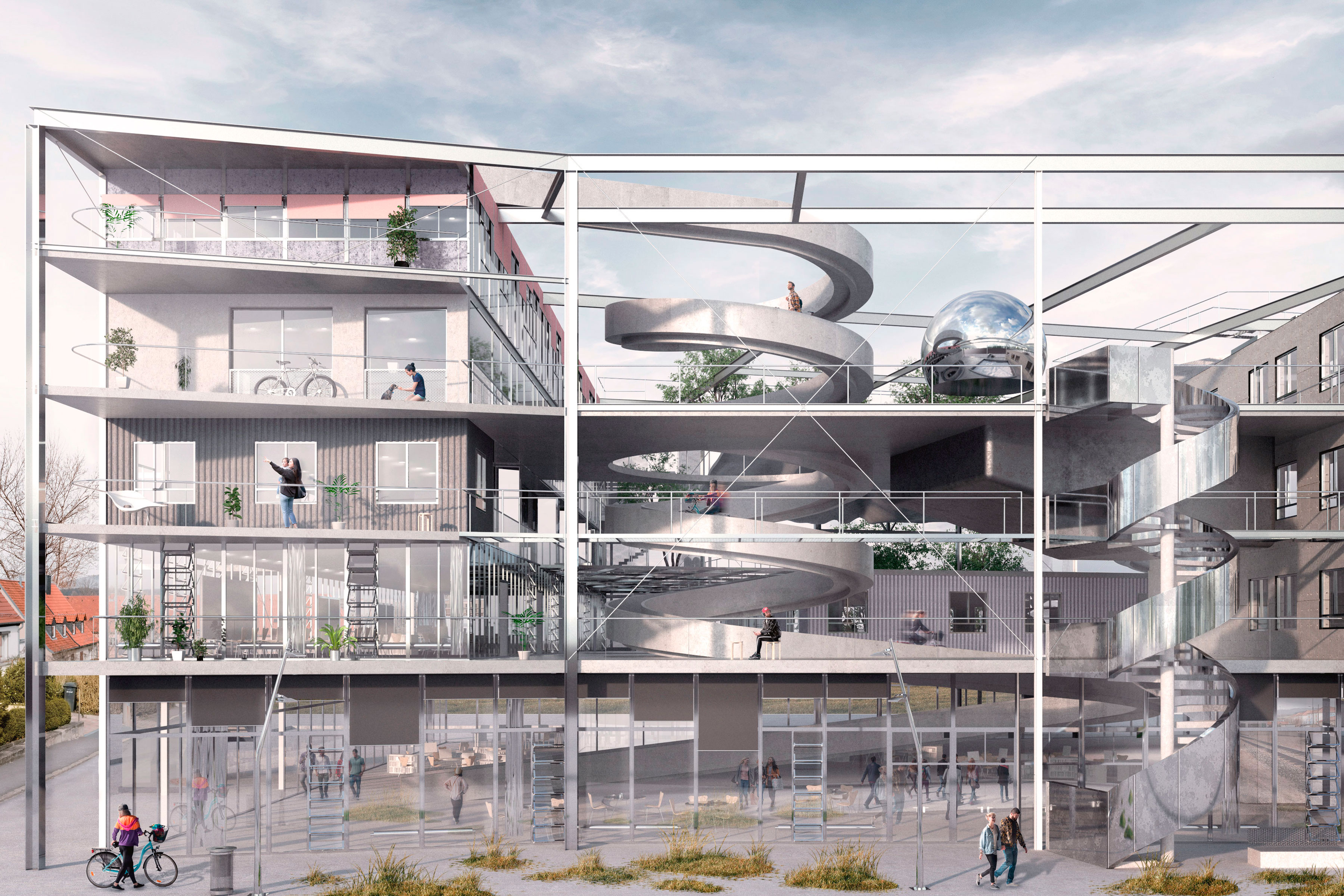 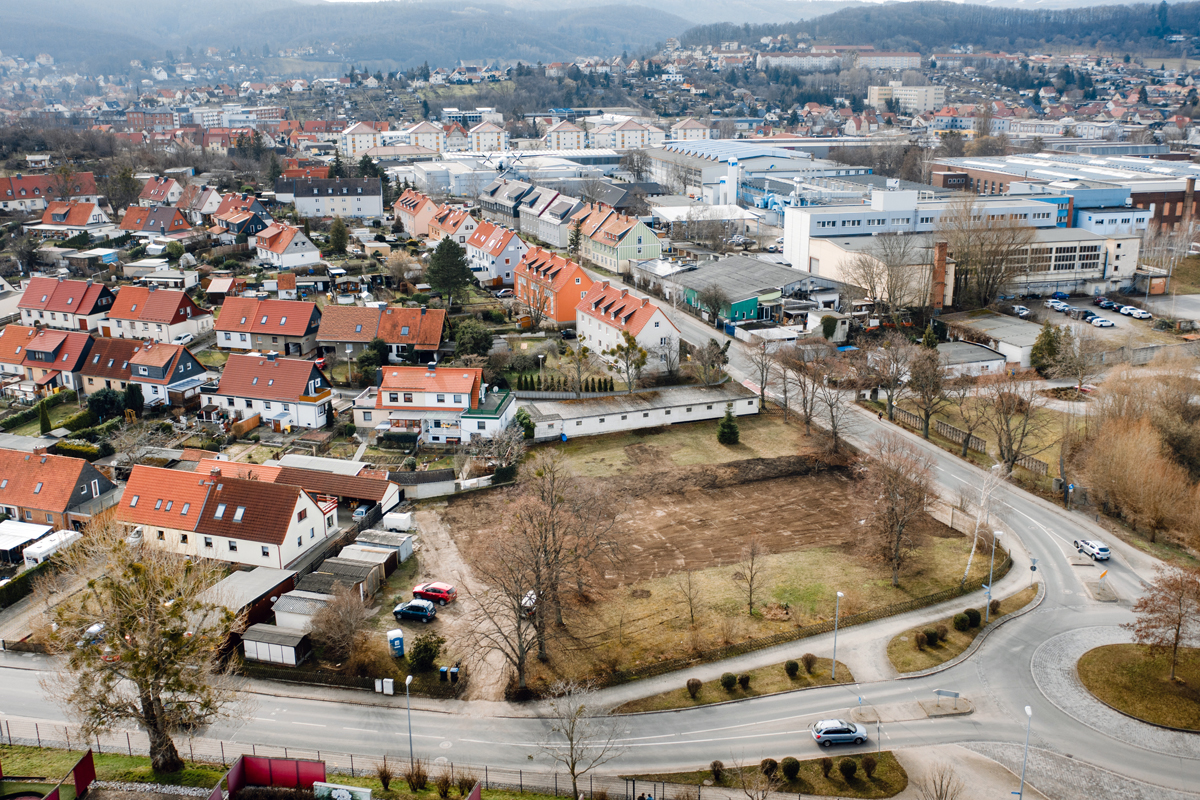 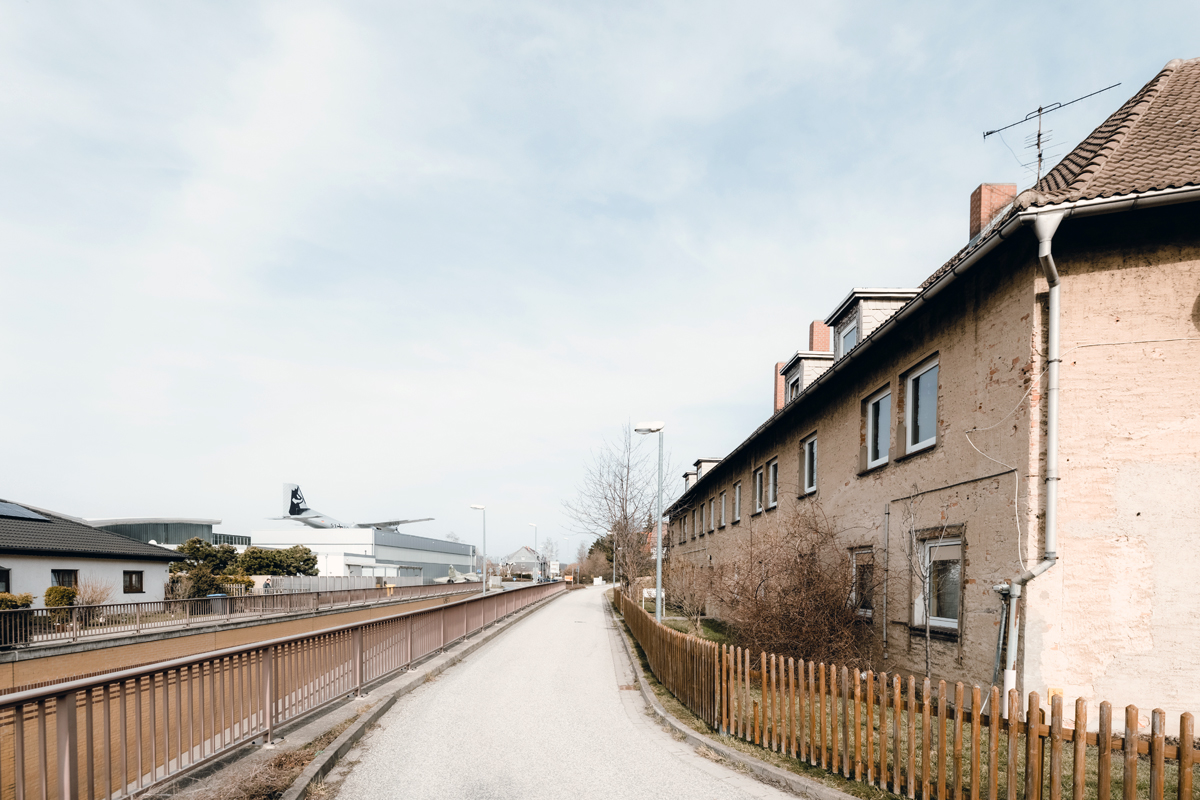 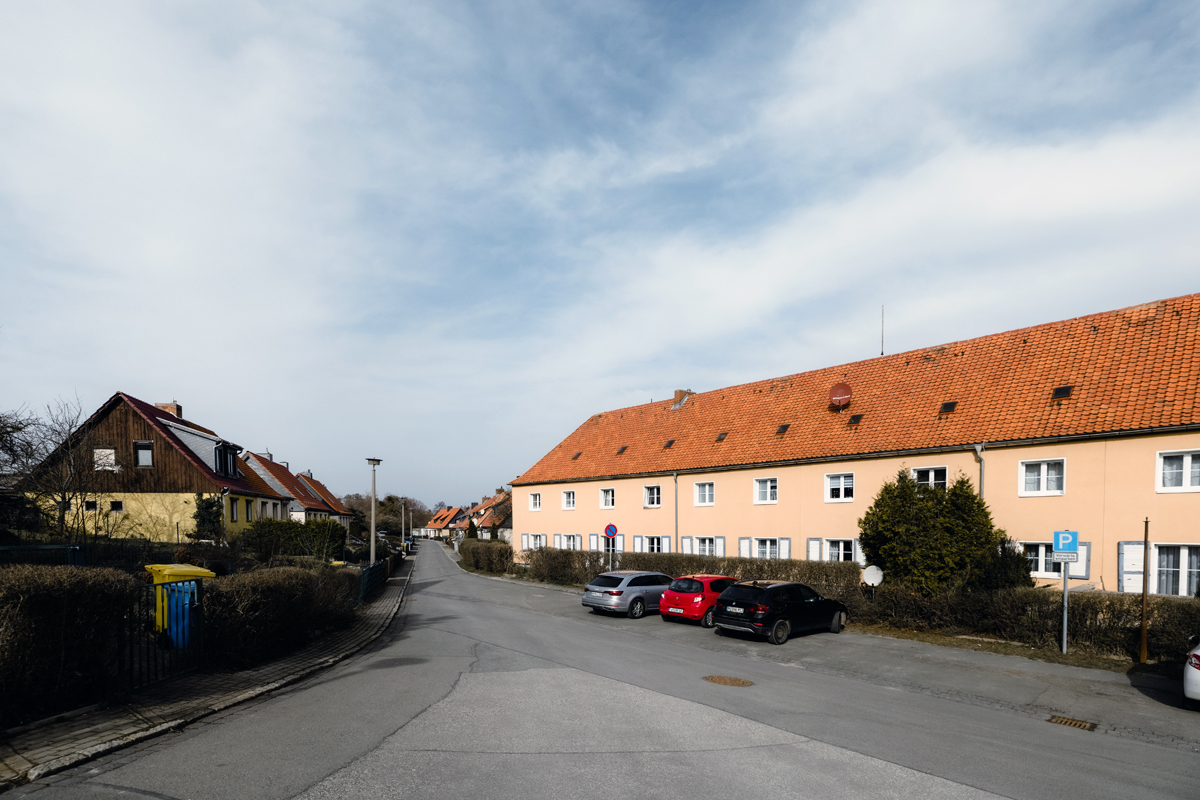 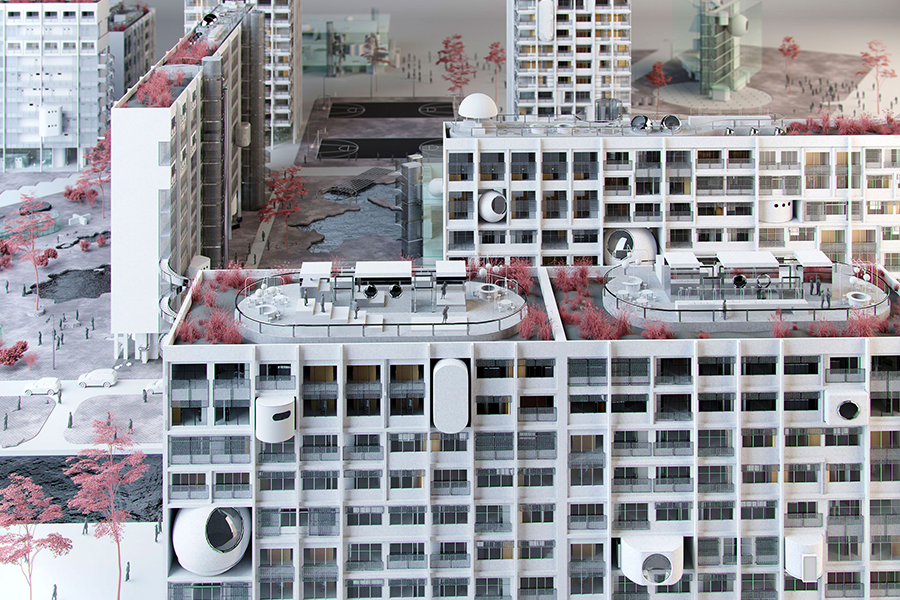 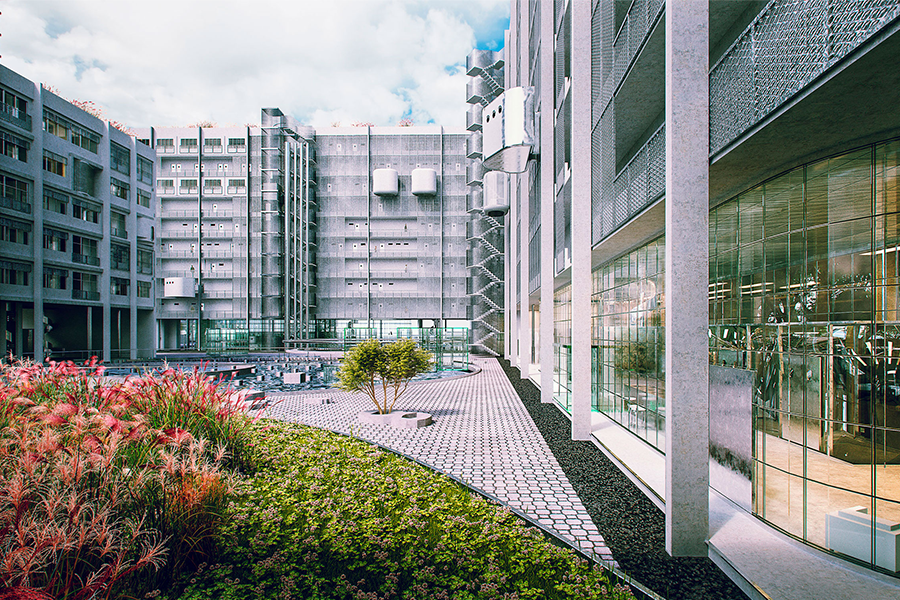 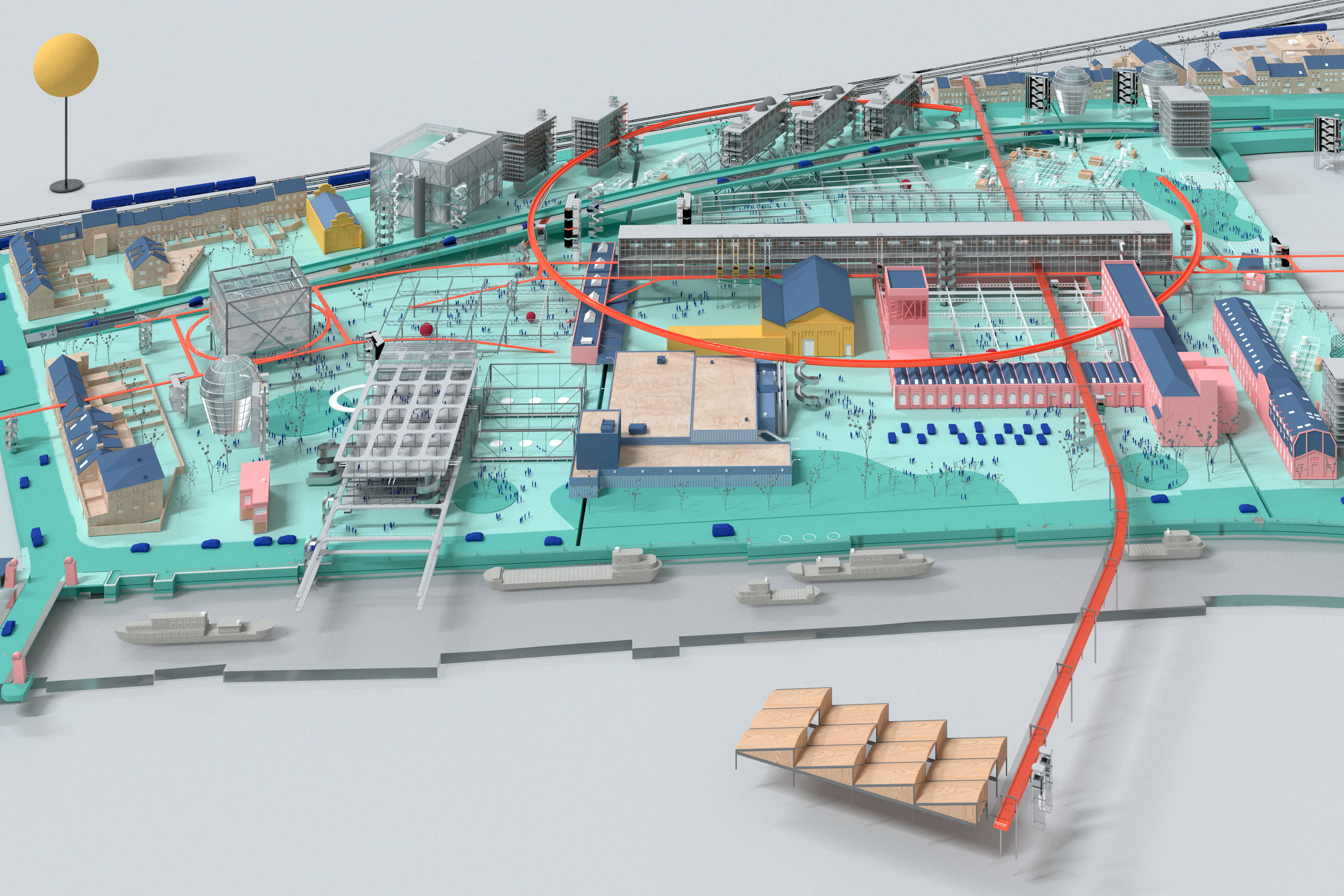 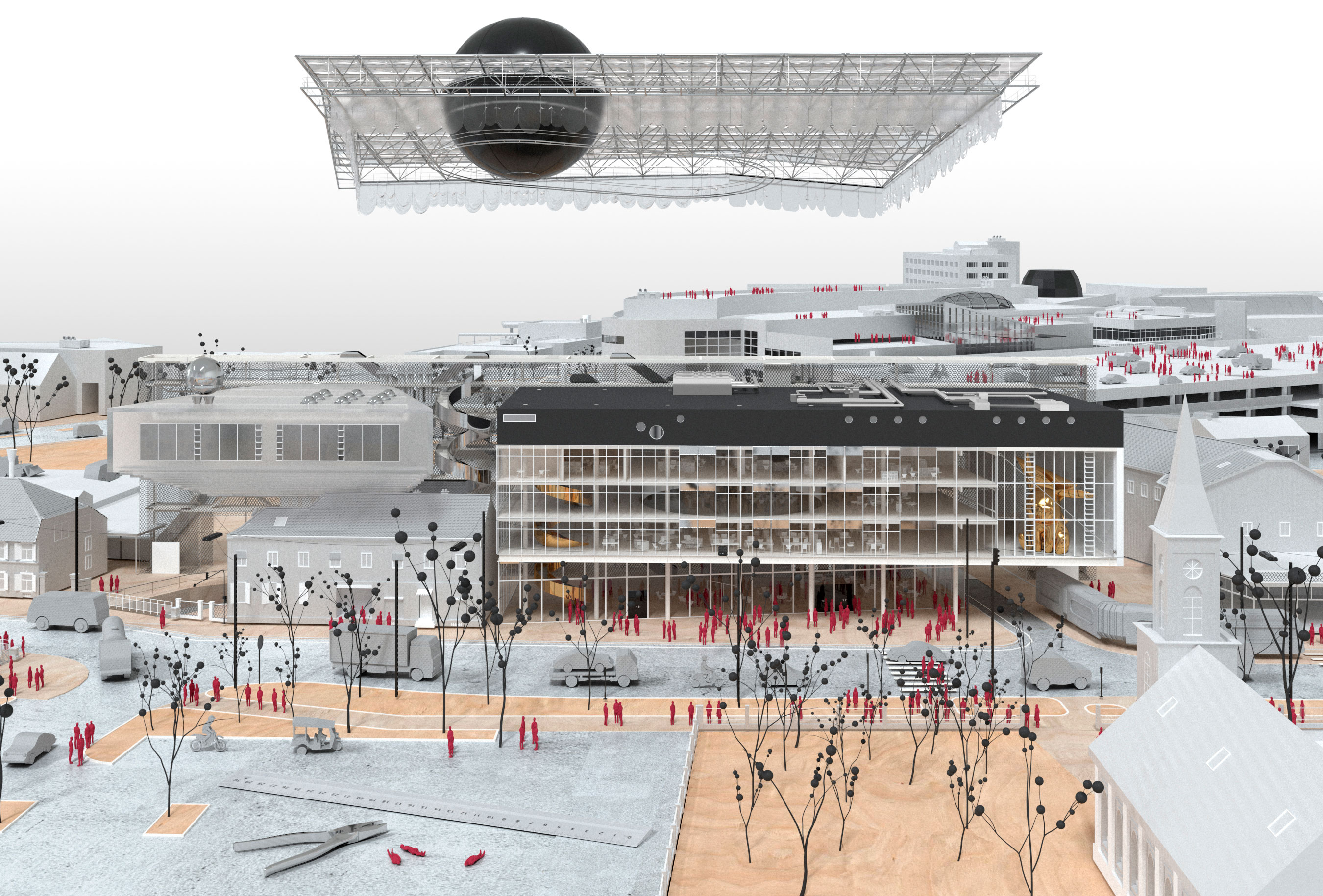