INTERVIEW
Click on the images to enlarge
1. How did you form the team for the competition?
Claire and Elisabeth worked together at Philippe Fichet architects in Paris. Claire and Adélie studied and graduated together at the Ecole Nationale Supérieure d’Architecture of Lyon in 2012. In 2021, they founded together their office rerum, to which Elisabeth regularly associates her skills in urban planning and landscape. We like to respond together to calls for competition in order to reflect on future issues and themes that feed our respective practices.

2. How do you define the main issue of your project, and how did you answer on this session main topic, Living cities?
Living cities refers to the notions of environment, evolution and adaptation. The living is characterized by movement, both in time and space. According to this first entry, our project is defined along three temporalities specific to the site: the tide, the unstable time linked to the climatic hazards; the day, short and recurring time of the daily life, the seasons, time of both human and natural constructions. These cycles reflect the dynamics of the living city. Uses are multiple and evolving. Constructions, plantations and paths create links between neighborhoods and topography. Natural spaces communicate between them though the movement of water and the interaction of biotopes. More specifically, the site of Quimper faces a double challenge of mobility and reintegration of its natural armatures. The issue of the city entrance seems to have crystallized the political and public debate without resolving. The theme Living cities, as proposed by the competition, makes it possible to shift the questioning and to provide new leads for resolution.

3. How did the issues on metabolic and inclusive vitalities and the questions raised by the site mutation meet?
The project site is remarkable for the unique interweaving of anthropogenic and natural patterns within it. The imprint of these natural armatures, omnipresent in the construction of the city, constitute the essential structure of the project. The site, Locmaria is extrapolated into DOUR, KOAD, KÊR (Water, wood, town). The anthropogenic time [short], characterized by dominant road infrastructures and an accumulation of architectural objects, meets the geographical time [long], made up of large-scale landscape figures, Mont Frugy, Odet. It is a question of shaping the different landscape grids that constitute the site to give them crossed uses: the “green grid” as a support for sporting activities and a place of habitat, the “blue grid” as an educational walk, the “anthropogenic grid” as a welcome for wild native biodiversity. The territory becomes active by the creation of 3 multimodal paths of practice and experimentation of the territory. Urban issues are dealt with and resolved by the site's ecosystem-based geographic approach. The rebalancing of the living powers of the city creates a self-regenerating city to live together sustainably.
4. Have you treated this issue previously? What were the reference projects that inspired yours?
The approach of the project by the ecosystem, topographic or geographical question is a recurring theme in our work. During our previous collaborations, we can find this issue in, for example, our proposal for a volcano refuge in Iceland or a Mediterranean museum competition in Italy. From a more urban point of view, we were also able to address these notions in our respective responses to Europan15, projects which initiate reflection on foreshadowing and development. In addition, our constant reflection also takes more theoretical or prospective forms with the publication of writings and articles in journals that touch the fields of technical sciences, design and architecture. For our response to Europan16, we will cite as main references:
-    “Écoumène”, book, 1987, Augustin Berque
-    “Une brève histoire des lignes”, book, 2011, Tim Ingold
-    “Dunkirk”, movie, 2017, Christopher Nolan
-    “The city in the city - Berlin: a green archipelago”, book, 2012, Oswald Mathias Ungers, Rem Koolhaas.
-    “55000 hectares for nature”, project, Bordeaux, 2014, Bas Smets
5. Urban-architectural projects like the ones in Europan can only be implemented together with the actors through a negotiated process and in time. How did you consider this issue in your project?
We’ve thought of the district development in three stages corresponding to the three project cycles. Each step is thought of as a project in itself, which could be sufficient or continue. It is the guarantee of a project adaptable to an evolutive city 1 - foreshadowing and consultation: temporary occupations immediately invest public spaces and existing vacant buildings at a lower cost. These installations initiate consultation with officials and residents. The existing buildings, gradually freed, are adapted and partially demolished, promoting reuse in a circular economy approach 2 - construction: this is the architectural time of the project. It is dedicated to the installation of housing and the creation of landscape. The walls carry equipment and installations, the vacant places are invested. A new, young and dynamic district is emerging, by and for the inhabitants. 3 - prospective: The last phase of the project foreshadows the long term of territorial transformation by focusing on giving a more important place to natural dynamics in the urban space in order to improve its resilience and its attractiveness. A new riverine landscape emerges at the rhythm of the tides and the courses, it is the time of adaptation to climate change of a living, moving, changing city.

6. Is it the first time you have been awarded a prize at Europan? How could this help you in your professional career?
This is the first time that our team have been awarded a prize at Europan. We participated in Europan 15 separately: rerum on one side [Le brouck, Saint-Omer], and Elisabeth on the other ["Symbiose", Pays de Dreux]. Each of our projects had been shortlisted and published in the catalog. This result can help us in our journey by initiating an open and enthusiastic dialogue with the elected officials and more generally the actors of the municipality of Quimper to support them in the transformation of the site. This project also supports our desire to make the territorial and urban issue an essential axis in the development of our practice and our agencies. By creating a network of local public actors and offering visibility to the project, this mention also allows us to cite it as a reference.

Has your team, together or separately, already conceived or implemented some projects and/or won any competition? if yes, which ones?
As a team we have often responded to ideas competitions including the Volcano Museum in Iceland for Bee Breeders and the Military Museum in Sardinia for Young Architects Competition. Claire and Adélie created their office, rerum architects, in 2021 and have worked together on many projects. They were mentioned for their response in the Pavilion Of Humanity: First Contact competition for Bee Breeders. 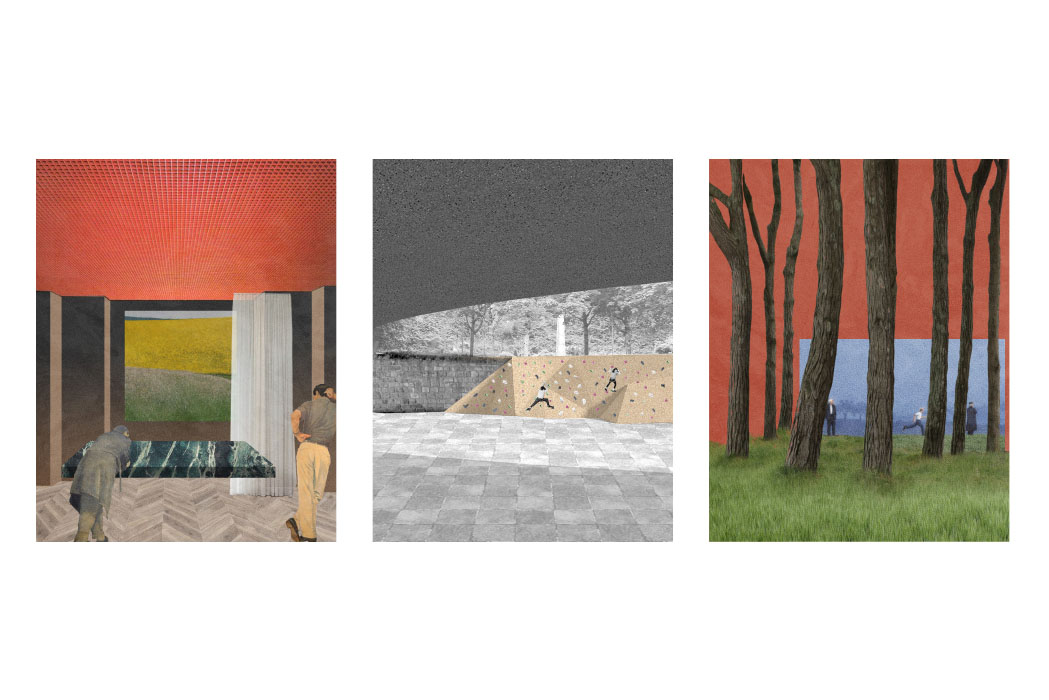 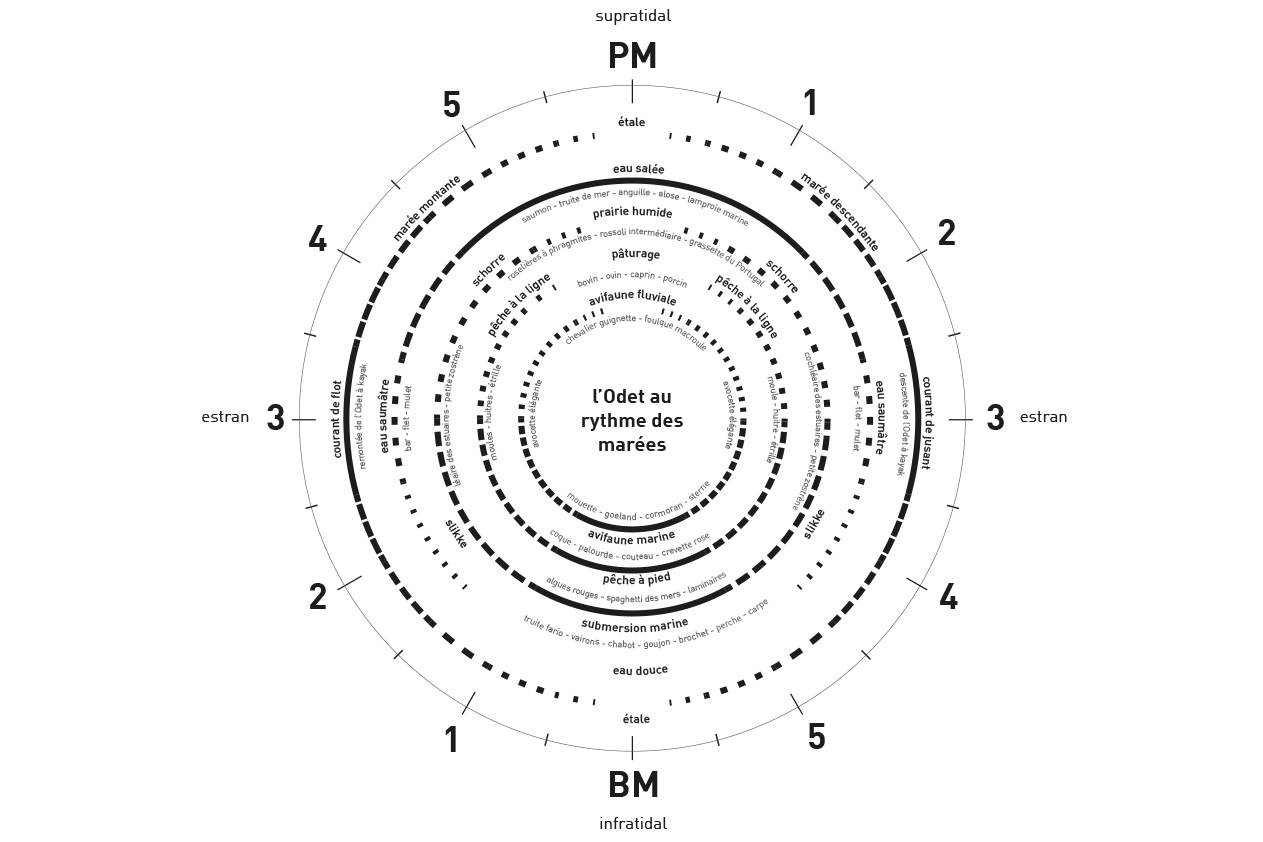 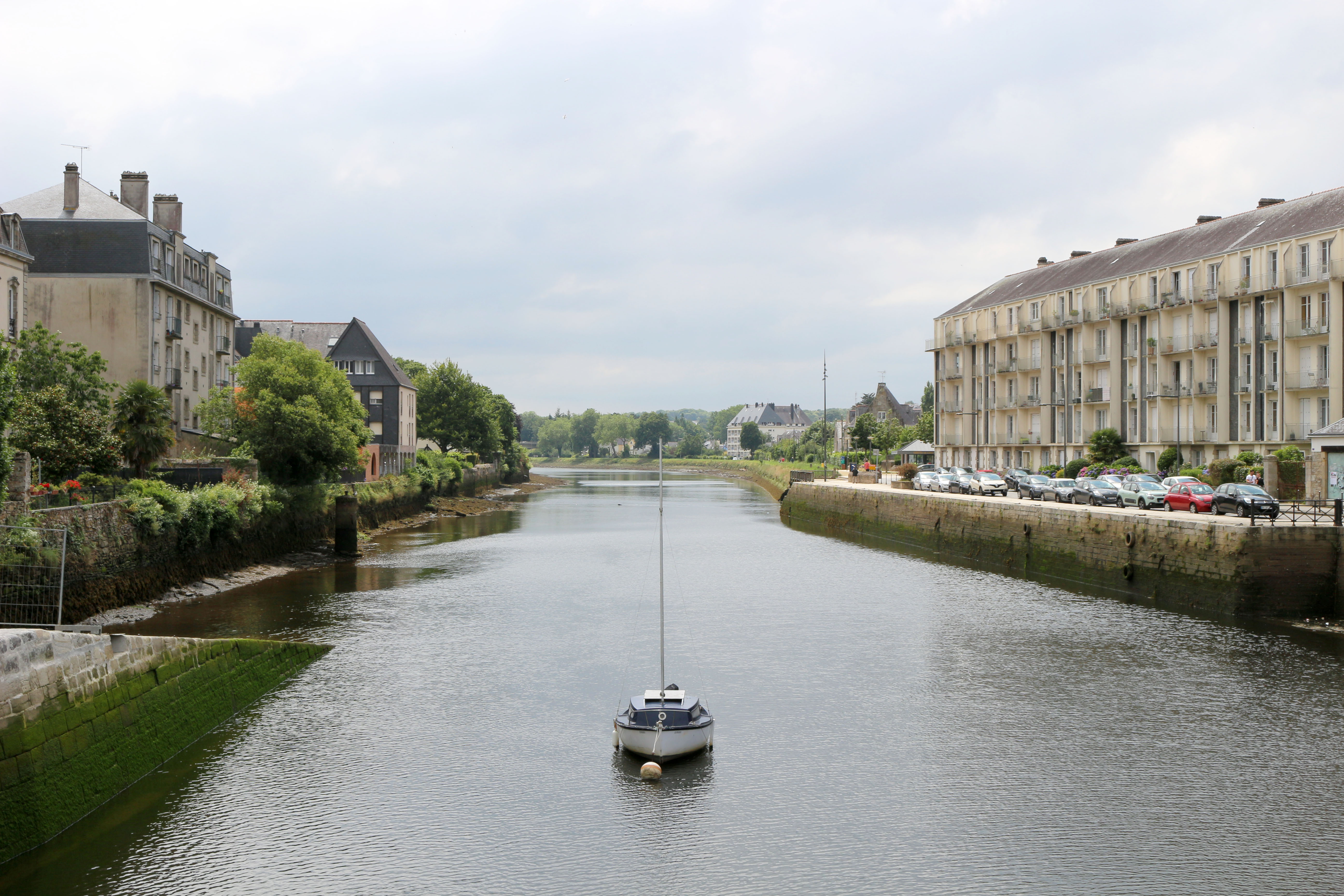 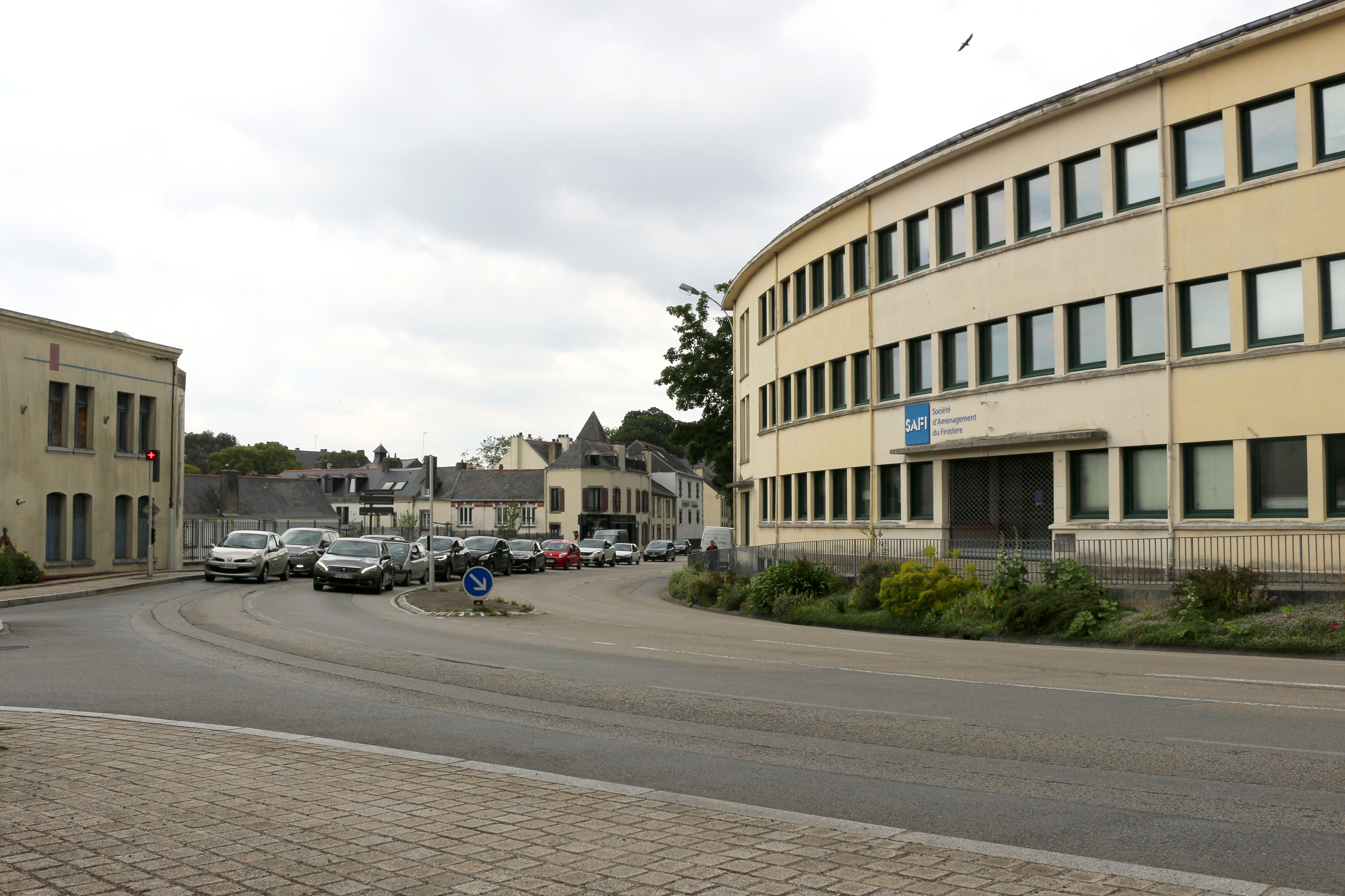 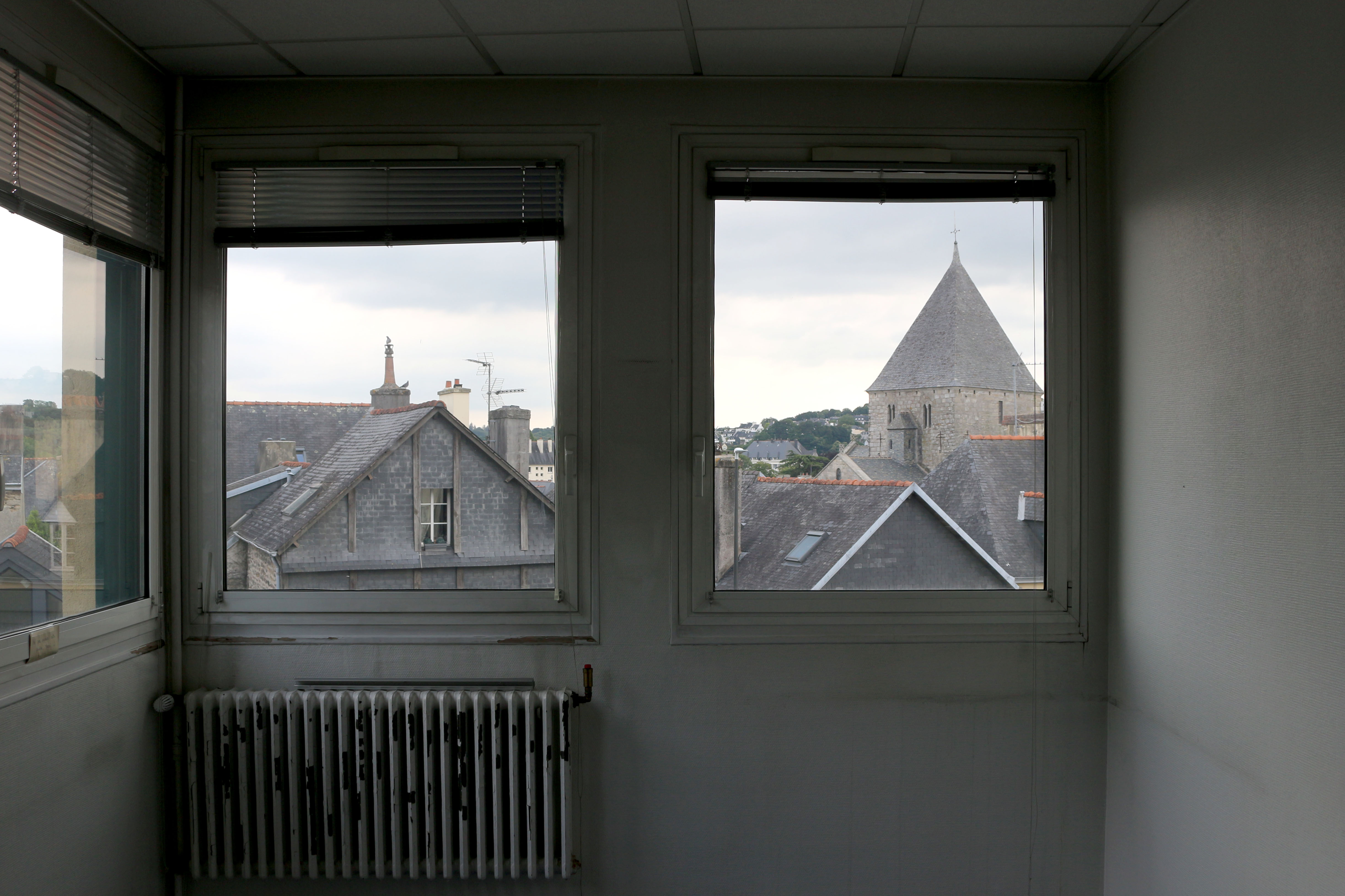 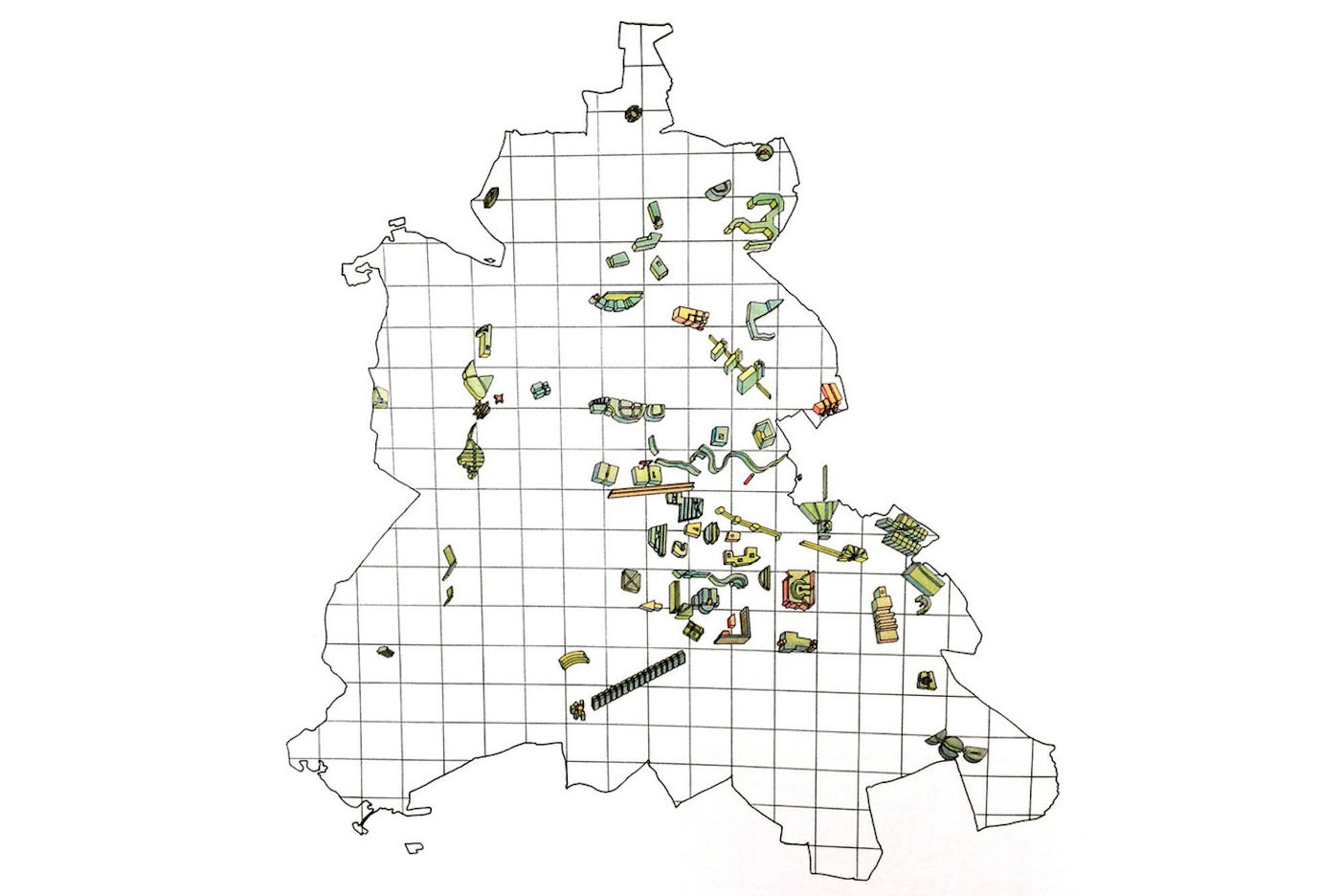 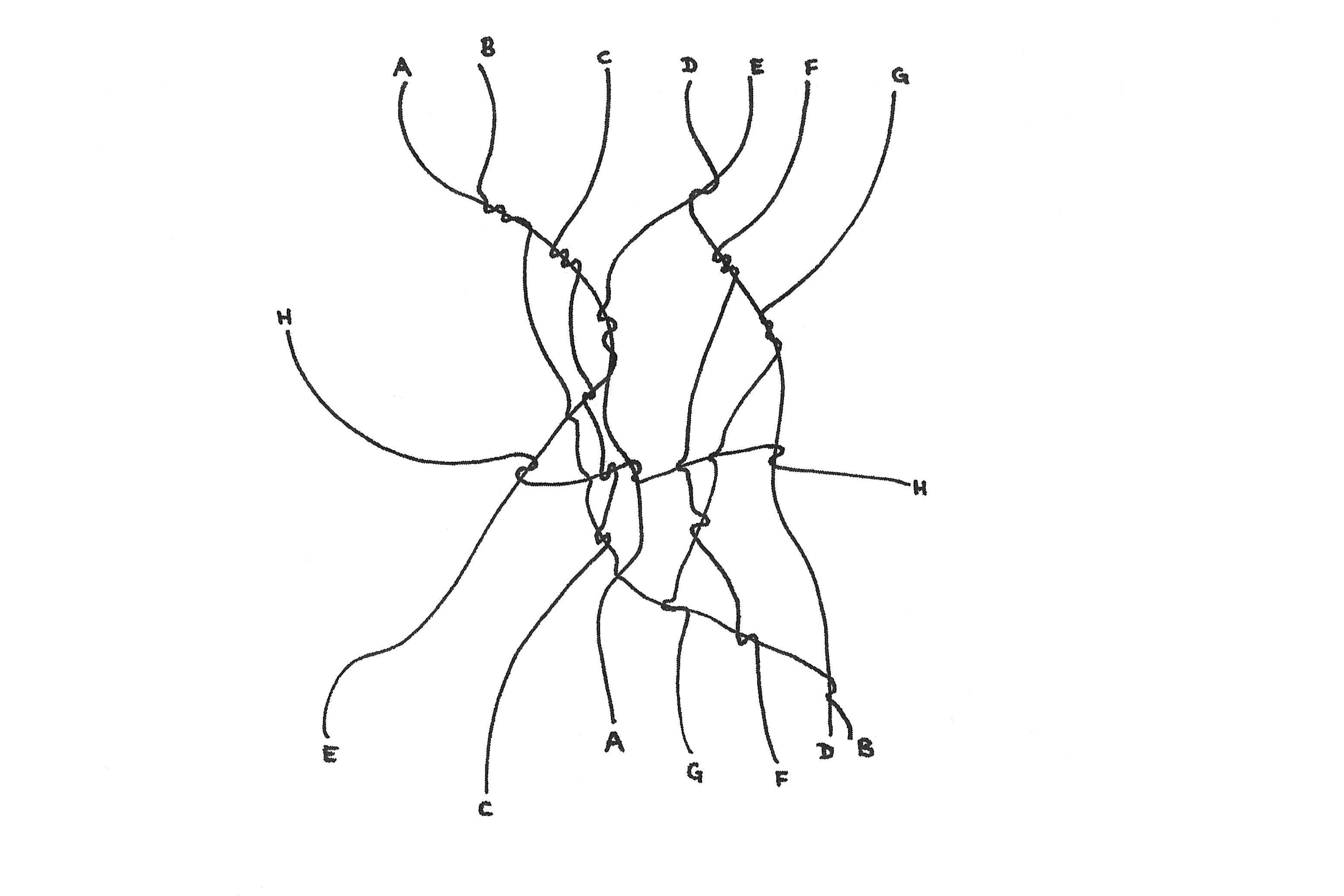 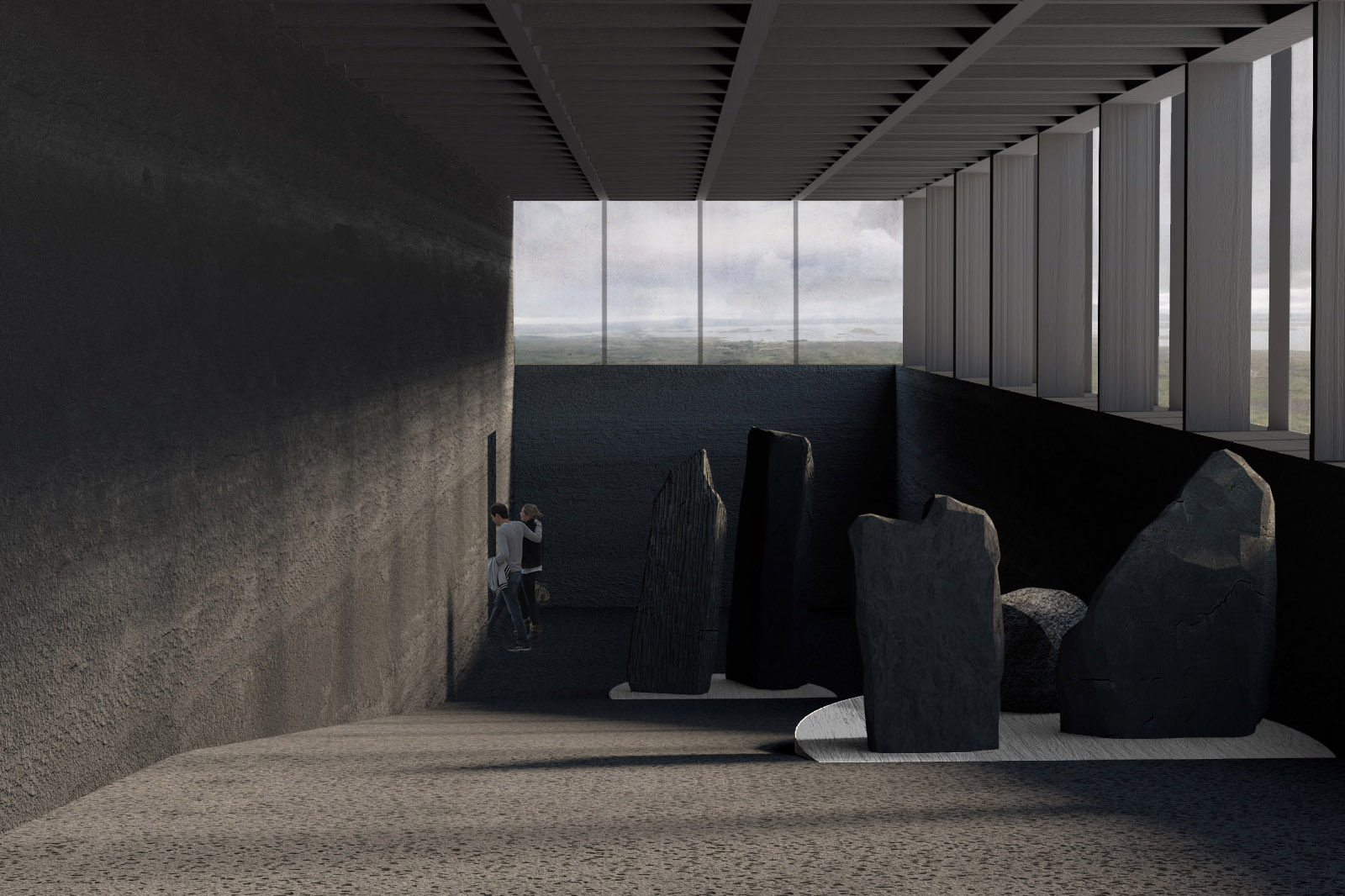 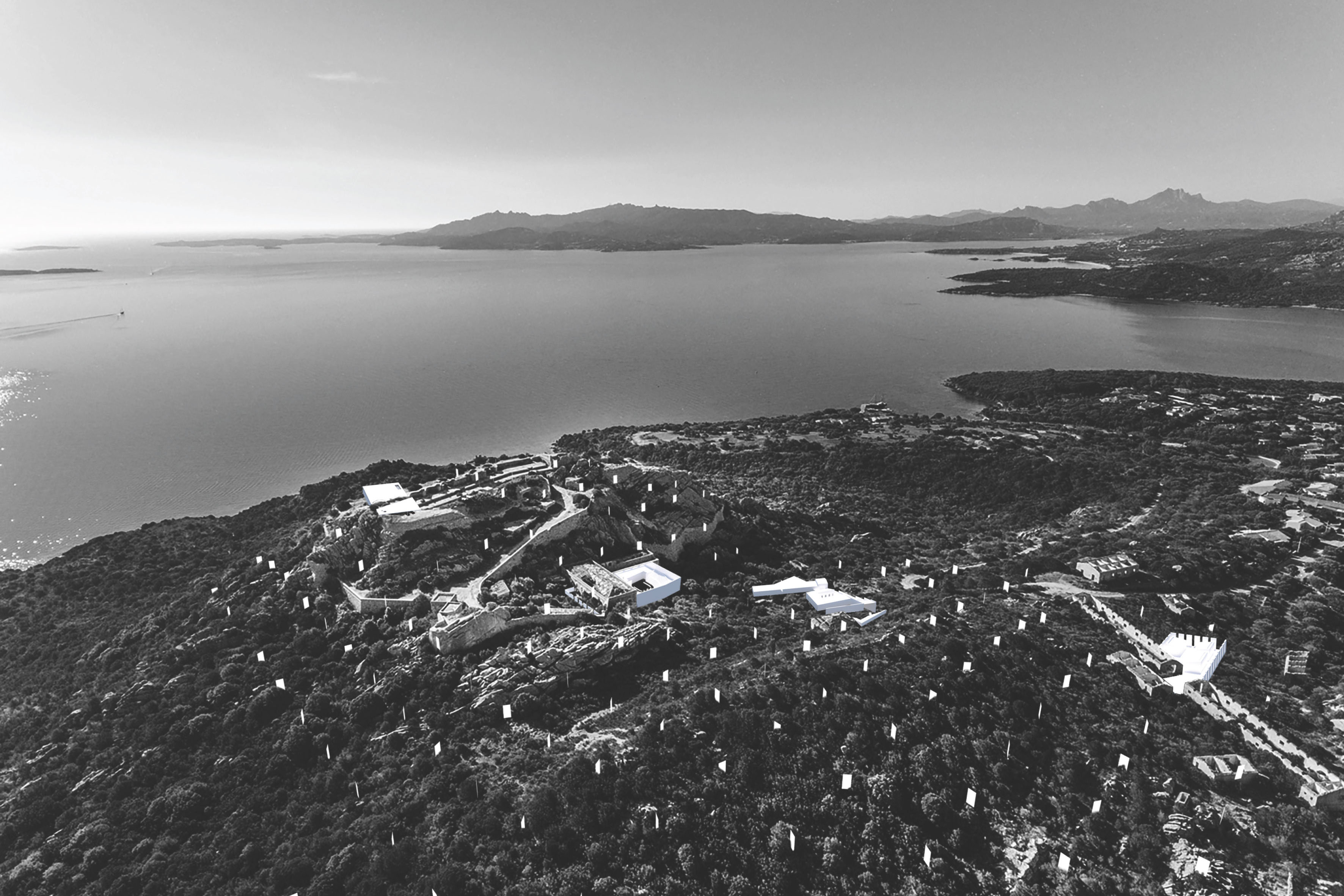 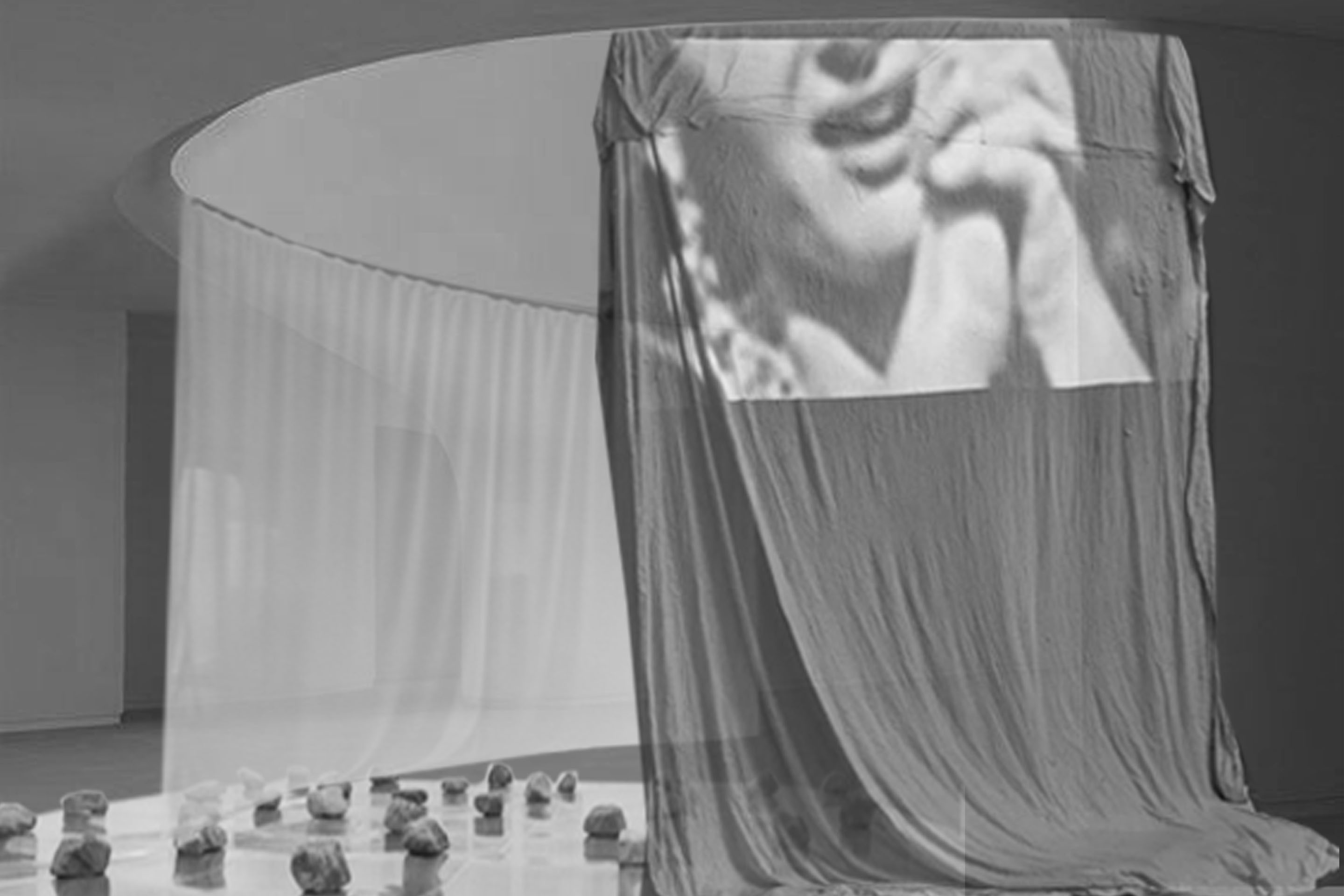