INTERVIEW
Click on the images to enlarge
1. How did you form the team for the competition?
The group was born and grew up as a solid professional and friendship team in the lecture rooms of the Polytechnic of Milan while studying and practicing in the field of Urbanism and Urban Planning. Following different lifepaths, the later academic specialisation of the team members in the field of social and environmental urban studies enriched the strengthen of the group that decided to meet again after several years to accept the challenge proposed by the Europan 2021 competition.

2. How do you define the main issue of your project, and how did you answer on this session main topic, Living cities?
Using a multi scalar approach, the project deals with the envisioned population growth and the post-industrial environmental transformations in Fagerstrand. In doing so, the project wants to embed and promote a robust argument to support future measures to stimulate economic growth while ensuring environmental and social sustainable development in a renovated relationships with natural environment.

3. How did the issues on metabolic and inclusive vitalities and the questions raised by the site mutation meet?
In order to plan a Living City and a Metabolic City, Hygge supports the idea that a territorial understanding is required. Fagerstrand, conceived as a socio-ecological open ecosystem is designed looking at the interface between its different components. Public institutions, private actors, civic organizations, and most importantly the environment become agents of transformation. Focusing the creative and design planning practice on the interactions between flows of resources within a multi-scalar ecosystem, the envisioned future for the city escapes the risk of being a sterile static one.
4. Have you treated this issue previously? What were the reference projects that inspired yours?
We didn’t treat this topic before as group team but we followed theoretical and design references that accompanied us throughout the design process. The first theoretical-design reference is that of Reyner Banham and his work on the architecture of the 4 ecologies in Los Angeles. Similarly to Banham, we have followed his teachings in order to deeply understand the territory of Fagerstrand and provide not only a description as an end in itself, but also the first design lines through the identification of 3 Ecologies of the territory (Rod Arterie, Living Pockets and The Loop). The second reference is that of Alan Bergen and his work on Systemic Design. In his design lab P-REX, Alan Berger, Professor of Urbanism and Landscape Design, investigates the principle of Systemic Design that seeks to interact with the environmental, economic and programmatic stresses across regional territories. According to Berger this will lead to more intelligent project scenarios to address the most pressing environmental and social challenges of our time. The last reference used is the one of the concept of the “Co-City” that situates the city as an infrastructure, enabling sharing and collaboration, participatory decision-making, and peer-to-peer production, supported by open data and guided by principles of distributive justice (Labgov.city, 2018, the Co-City Open Book, LUISS, Georgetown University).
5. Urban-architectural projects like the ones in Europan can only be implemented together with the actors through a negotiated process and in time. How did you consider this issue in your project?
HYGGE proposes a set of feasible possibilities to be implemented through a dialogic partnership between transformative territorial agents. Building on a common policy tool in Scandinavia countries and on the recent launched “100 Climate Neutral and Smart Cities” mission by the European Commission, the project proposes to stimulate a Climate City Contract in order to involve and stimulate all the necessary actors to reach the city’s goals.

6. Is it the first time you have been awarded a prize at Europan? How could this help you in your professional career?
For Francesco and Alberto is the first participation to Europan competition and consequently the first time for a prize in this challenge, while Geronimo and Chiara already won, as a co-authors in another team of friends, the first prize in the Europan 15 Sweden for the city of Uddevalla, with the project proposal: Jalla! Be mentioned in Europan competition is for sure an upgrade for our personals goals and a confirmation of our potential as a team!

Has your team, together or separately, already conceived or implemented some projects and/or won any competition? if yes, which ones?
The whole team were awarded with a special mention by the international jury vote in the “UrbanPromo Young X° edition 2018” with the project “San Siro - Living Inside Out” developed during the 3rd studio of the bachelor degree program in Urban planning, successively implemented for the competition. Two members of the team, Chiara Magnini e Geronimo Felici Fioravanti won as a co-authors in Europan 15 (December 2019) the first prize in Europan Sweden for the city of Uddevalla with the project : Jalla! 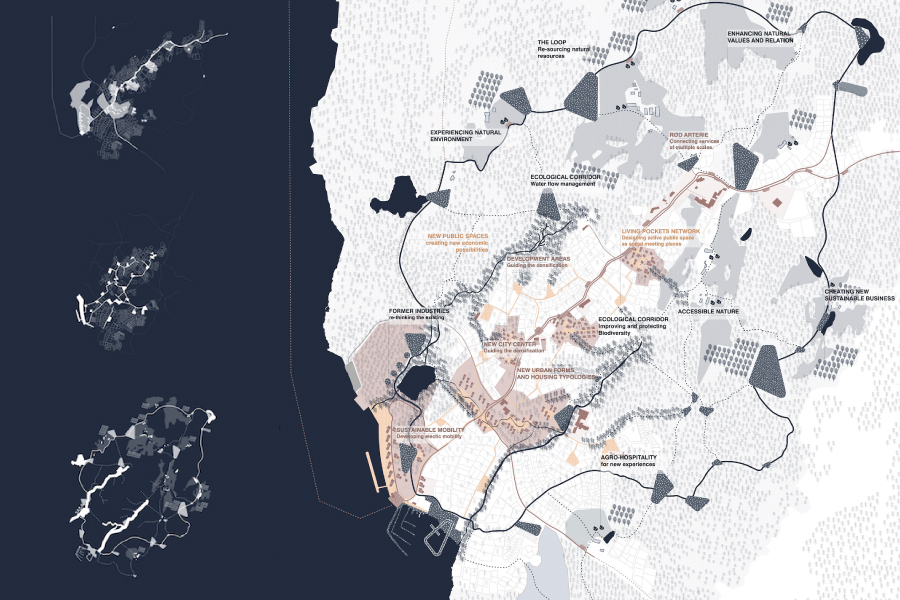 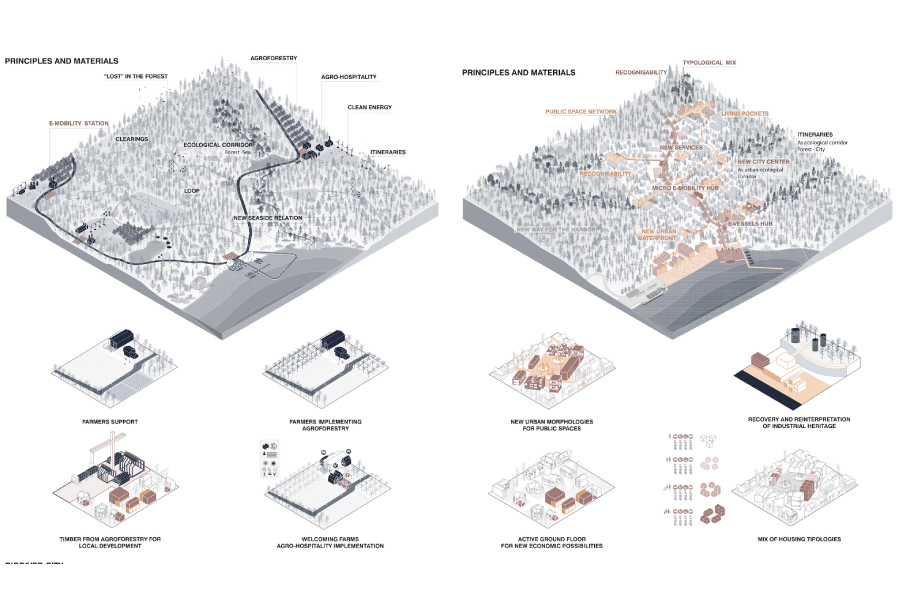 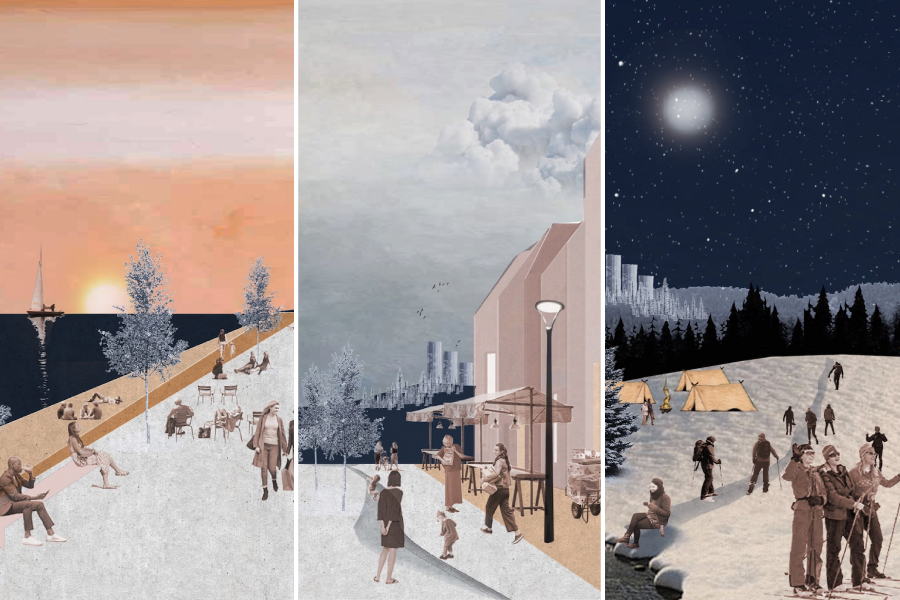 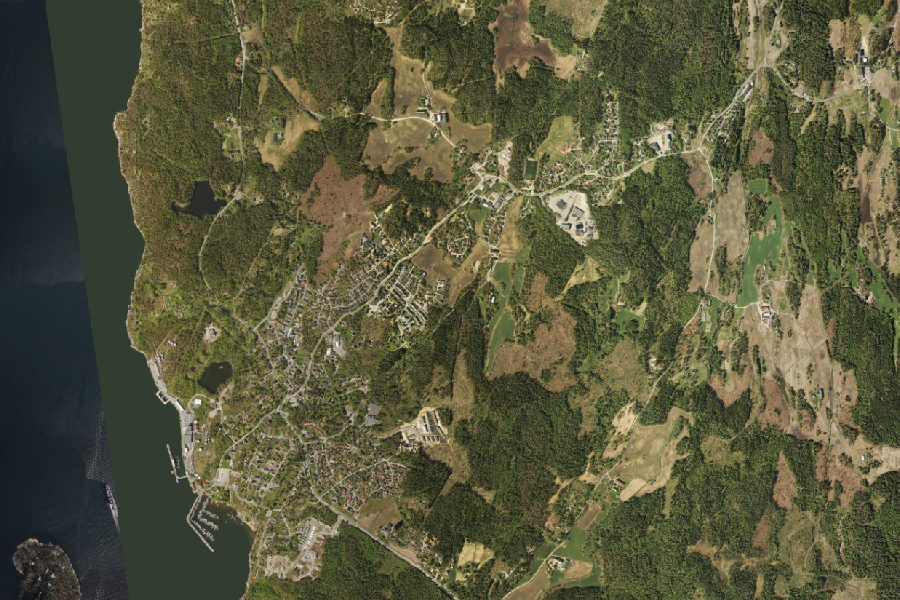 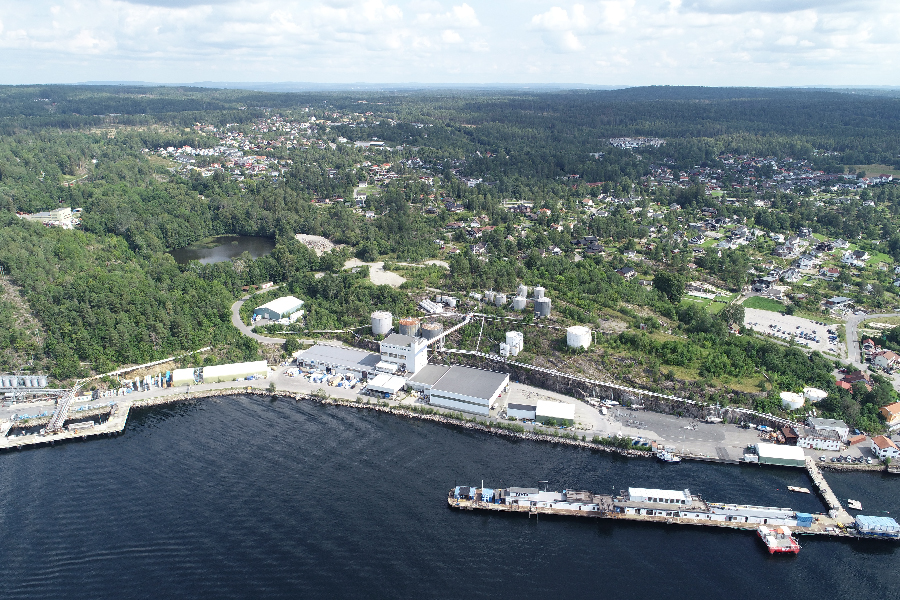 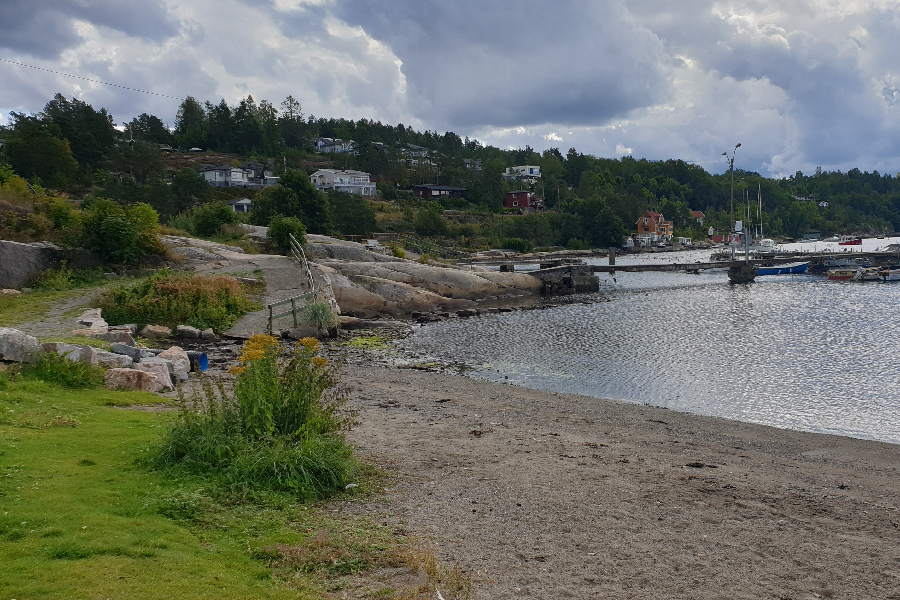 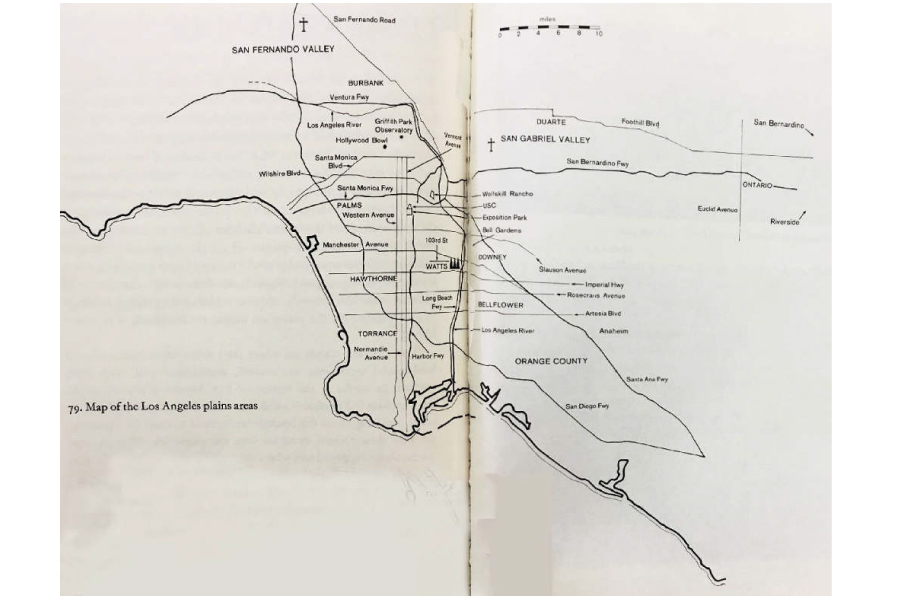 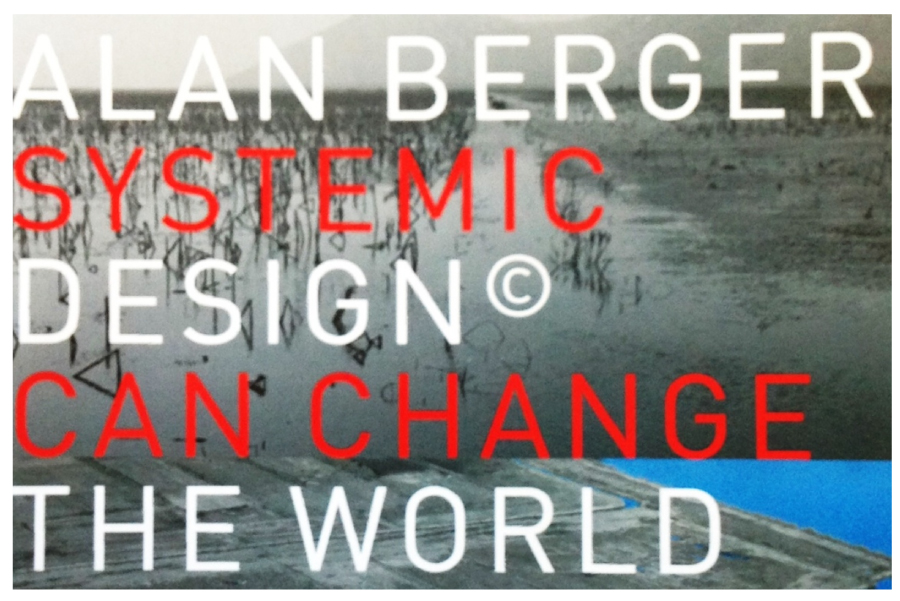 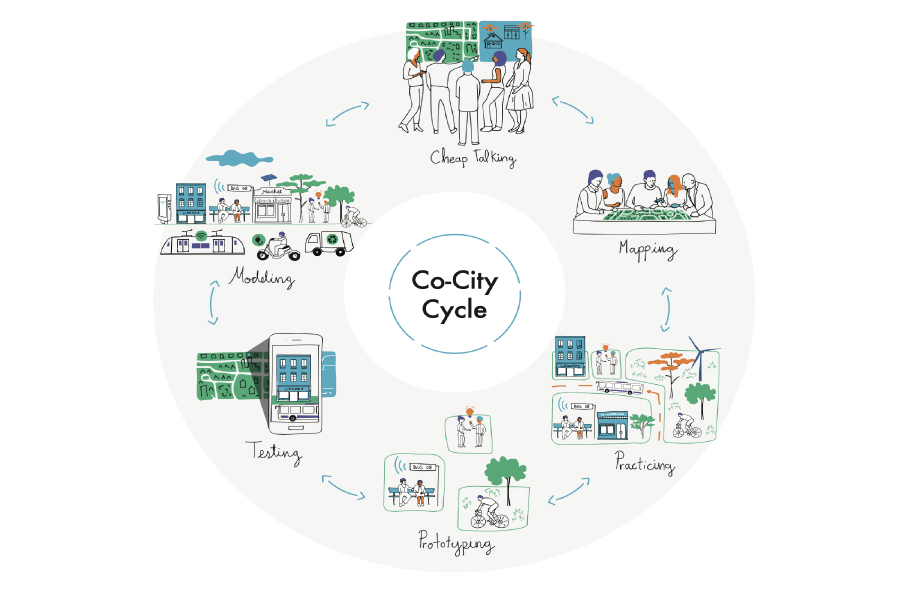 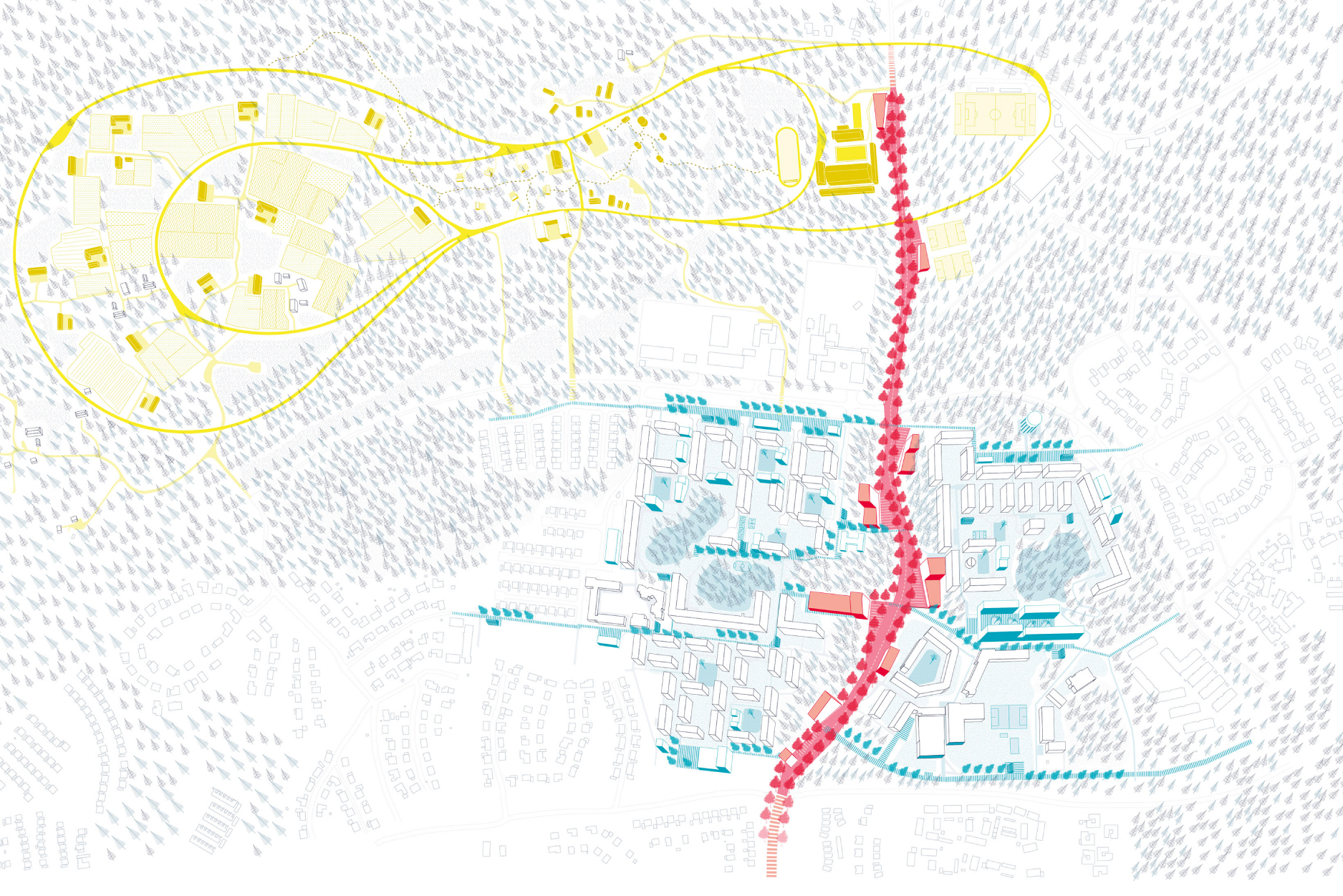 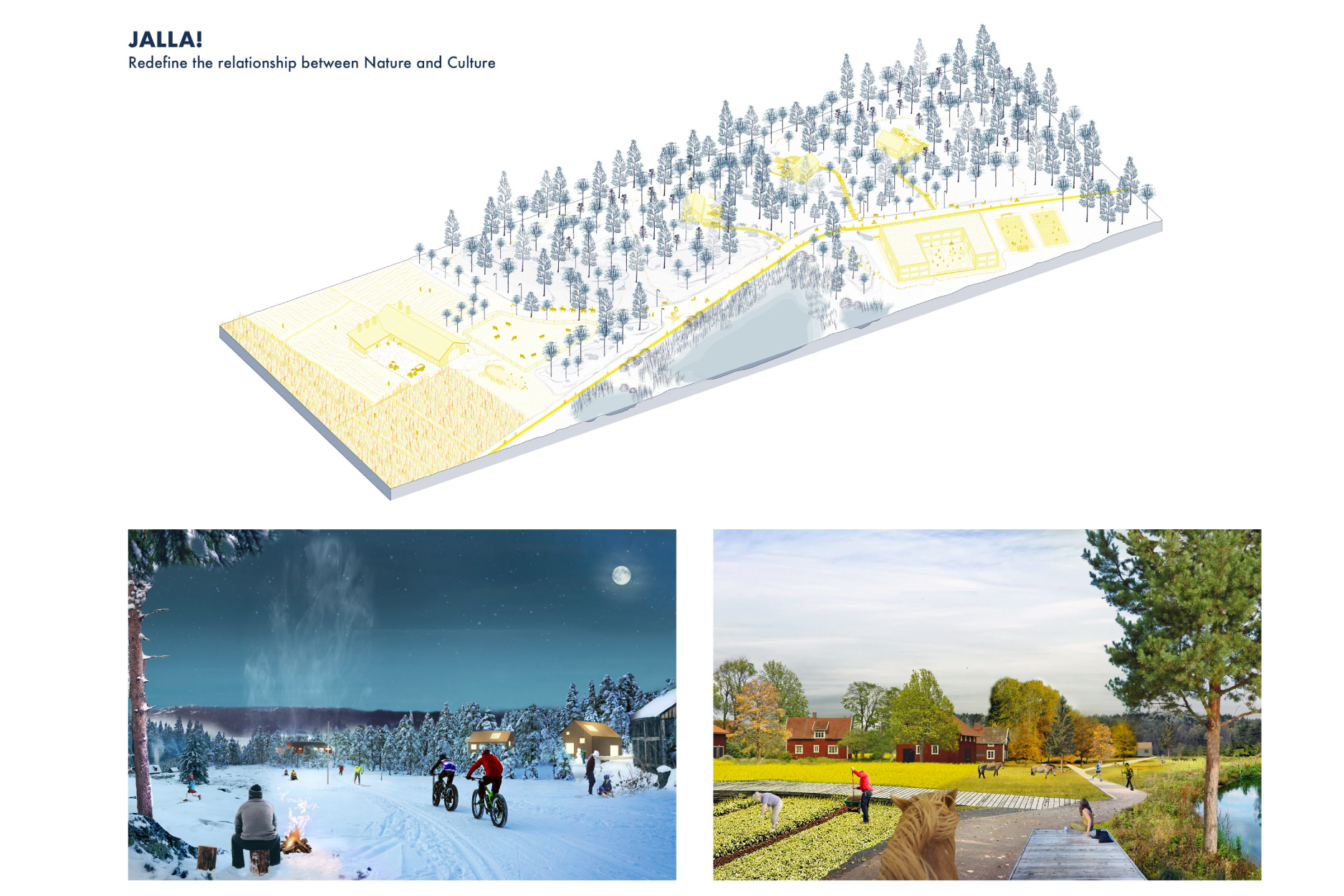 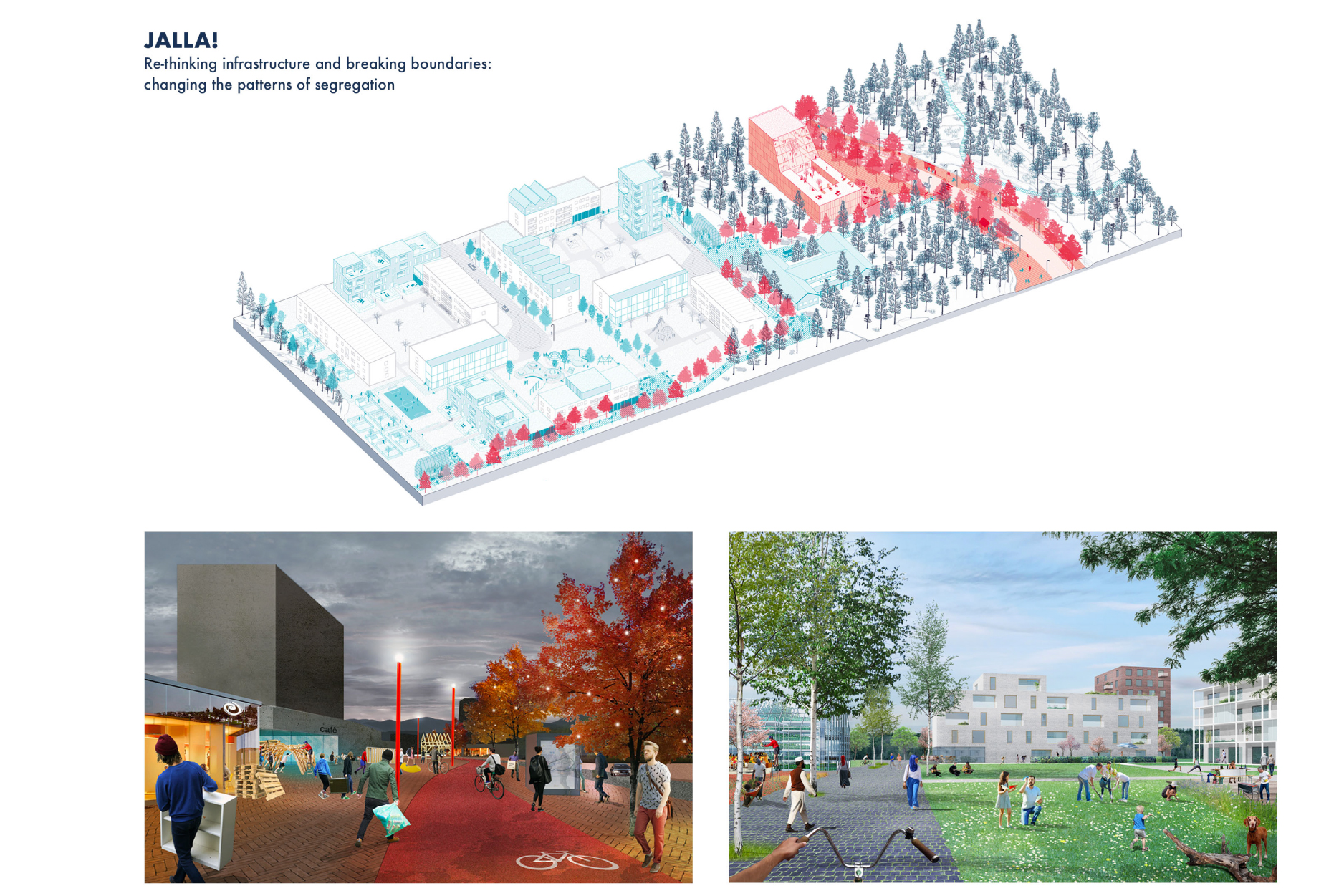