INTERVIEW
Click on the images to enlarge
1. How did you form the team for the competition?
We met during an academic exchange in Brazil 7 years ago. After five years of experience in an architectural firm each on our side, we were still driven by the desire to work together. Being both natives of Brittany (Anne from Fougères and Hélène from Quimper) participating in the Europan 16 competition was an opportunity to combine our skills around an urban and architectural project located in a region that is close to us.

2. How do you define the main issue of your project, and how did you answer on this session main topic, Living cities?
The main subject refers to the stimulation of interfaces. The heartbeat of the tide is a natural clock which counts Quimper within its vast territory of influence. Located at the mouth of an estuary, at the confluence of three rivers and anchored in the heart of a valley, its geographical location is a reminder of the impact that the landscape has had on its urban development. The Europan target site is located at the crossroads of these landscape entities. It marks the shift from the city to the periphery, thus occupying a special articulation position within the agglomeration. Strongly present by their scale, the Odet and Mont Frugy are either forgotten or avoided. Our approach has been to rediscover the link which previously united the city to its river by providing new programs focused on the port history of Quimper and by developing new uses on the quays in direct connection with the river and Mont Frugy.

3. How did the issues on metabolic and inclusive vitalities and the questions raised by the site mutation meet?
The site is above all marked by a very clear problem linked to the road impact which, in our opinion, has contributed to the loss of its attractiveness. This attractiveness characterized by its cultural and productive identity and its relationship to water has been the focus of our work to repair and enhance this territory. We have sought to develop a process of urban renewal with the creation and re-appropriation of public space which brings new uses and makes it possible to enhance the cultural and economic structures already present. This project marks the transition from a productive district which historically held factories and manufacture of ceramic to a cultural district which seeks to attract and enhance new productivity.
4. Have you treated this issue previously? What were the reference projects that inspired yours?
We have never had to deal with the subject of the living city before. However, we have immersed ourselves in works such as "The Necessity of the Landscape" by Jean Marc Besse or "Urbanism and Biodiversity" under the direction of Philippe Clergeau to enrich our theoretical reflection on the living city. The Quimper site also raises questions through its strategic position at the entrance to the city, a reflection on the transition that is taking place between the historic city center and its periphery. We had both addressed these subject during our respective graduation project’s, which helped us to articulate our project.

5. Urban-architectural projects like the ones in Europan can only be implemented together with the actors through a negotiated process and in time. How did you consider this issue in your project?
Our first thought was to map the recognized figures of the site as well as the projects already undertaken by the City. Through in-depth historical research and interviews with local actors, through this project we wish to enhance and enrich the identity of the neighborhood. We imagined a scenario in cooperation with local residents as well as with local actors from the program design phases and during the site transformation process. In addition to a project house as an educational tool and exchange medium, it is also a matter of integrating major restructuring (such as architectural demolitions) as the first act of integrating the cultural resources that will be established by the following.

6. Is it the first time you have been awarded a prize at Europan? How could this help you in your professional career?
This is the first time that we are participating in Europan and it reinforces the desire to collaborate together on future projects. This exchange revealed the sharing of strong common values and the desire to never stop developing our knowledge on the issues and resources related to our territories. We are happy to have been awarded a prize in this competition, which constitutes a springboard for initiating a dialogue between young architects and actors involved in the town planning of the city. 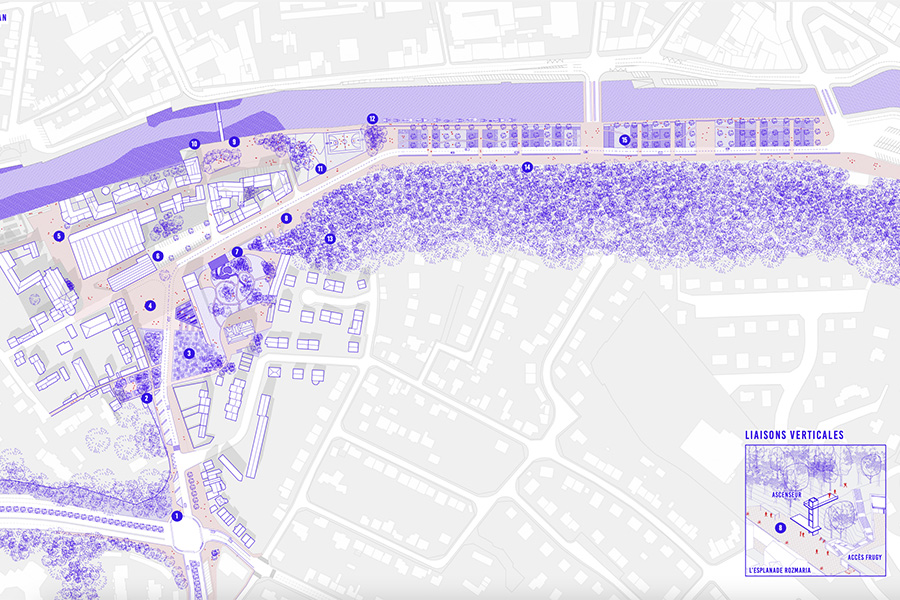 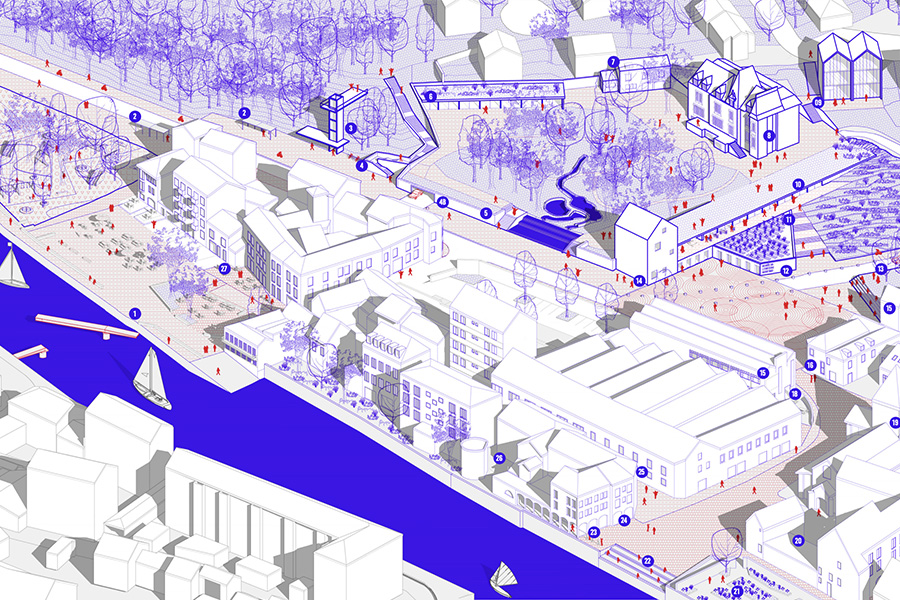 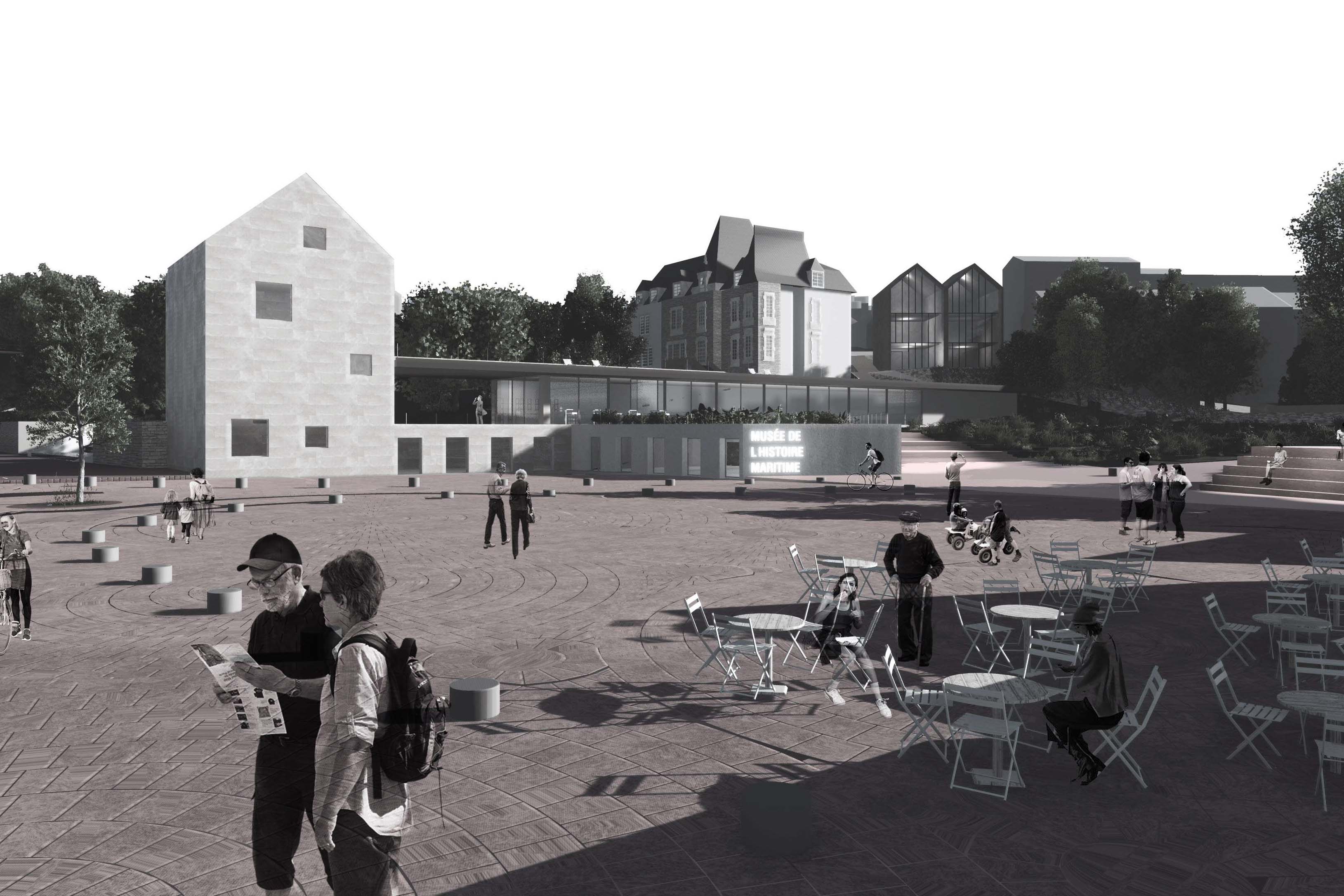 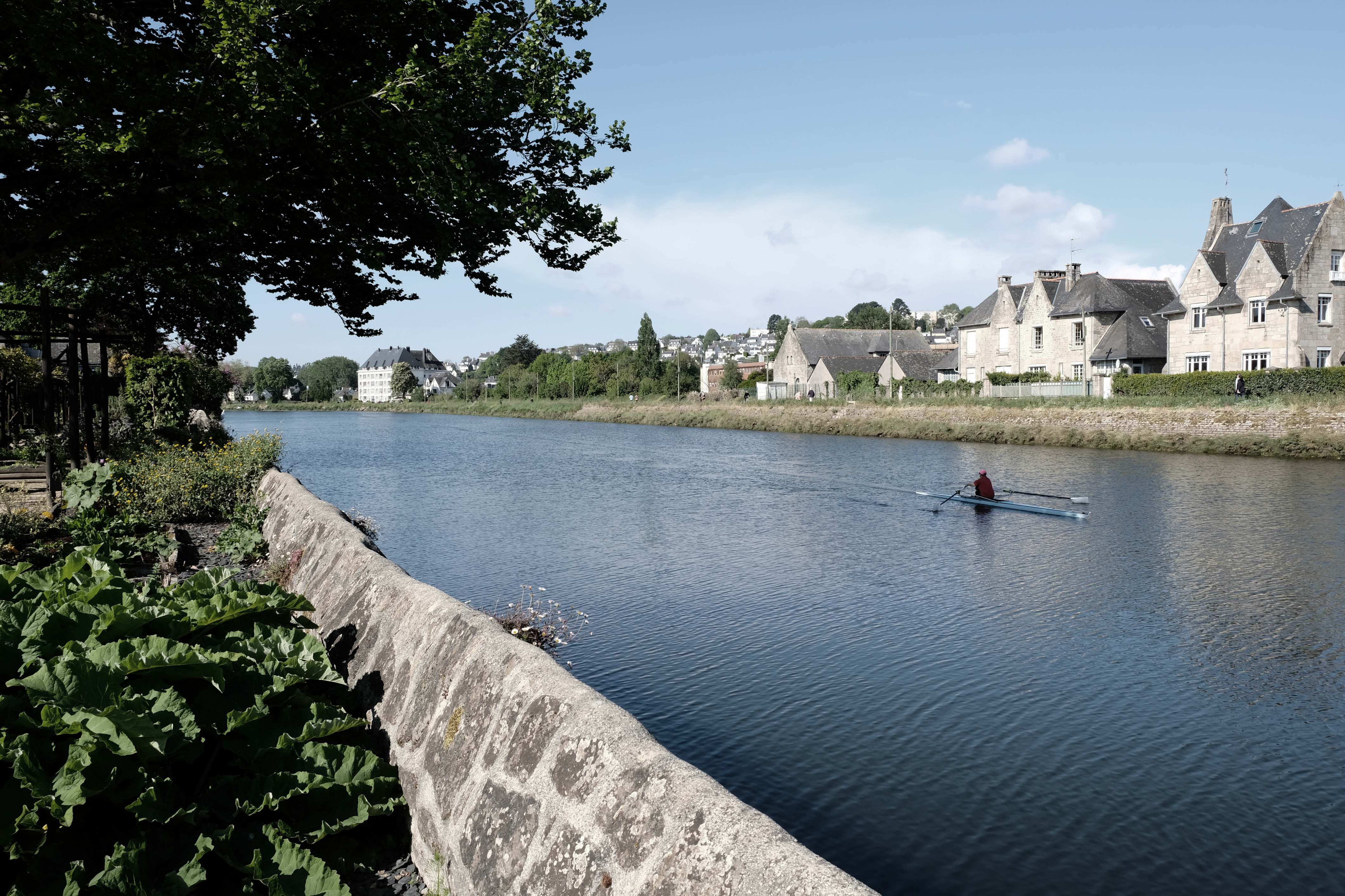 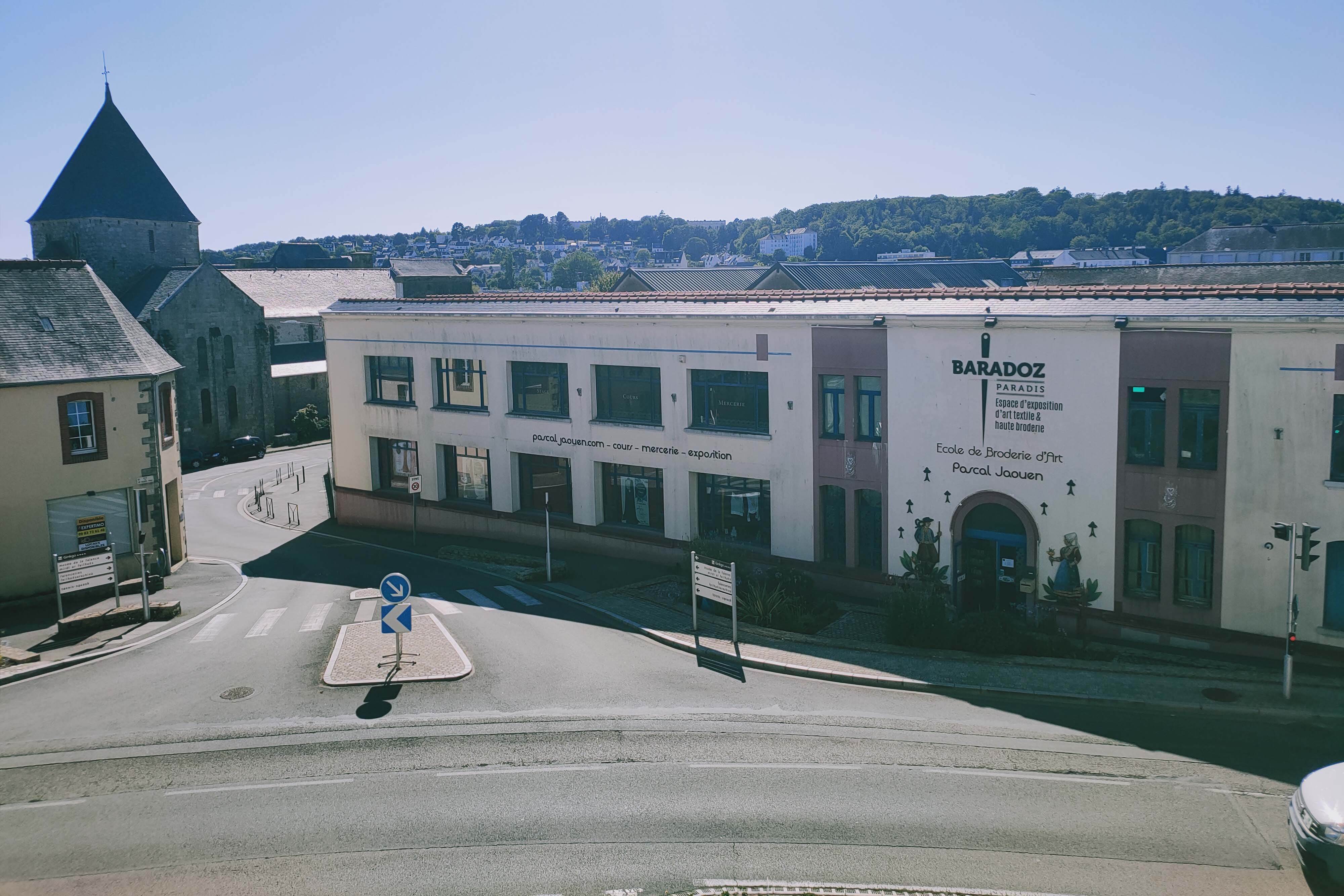 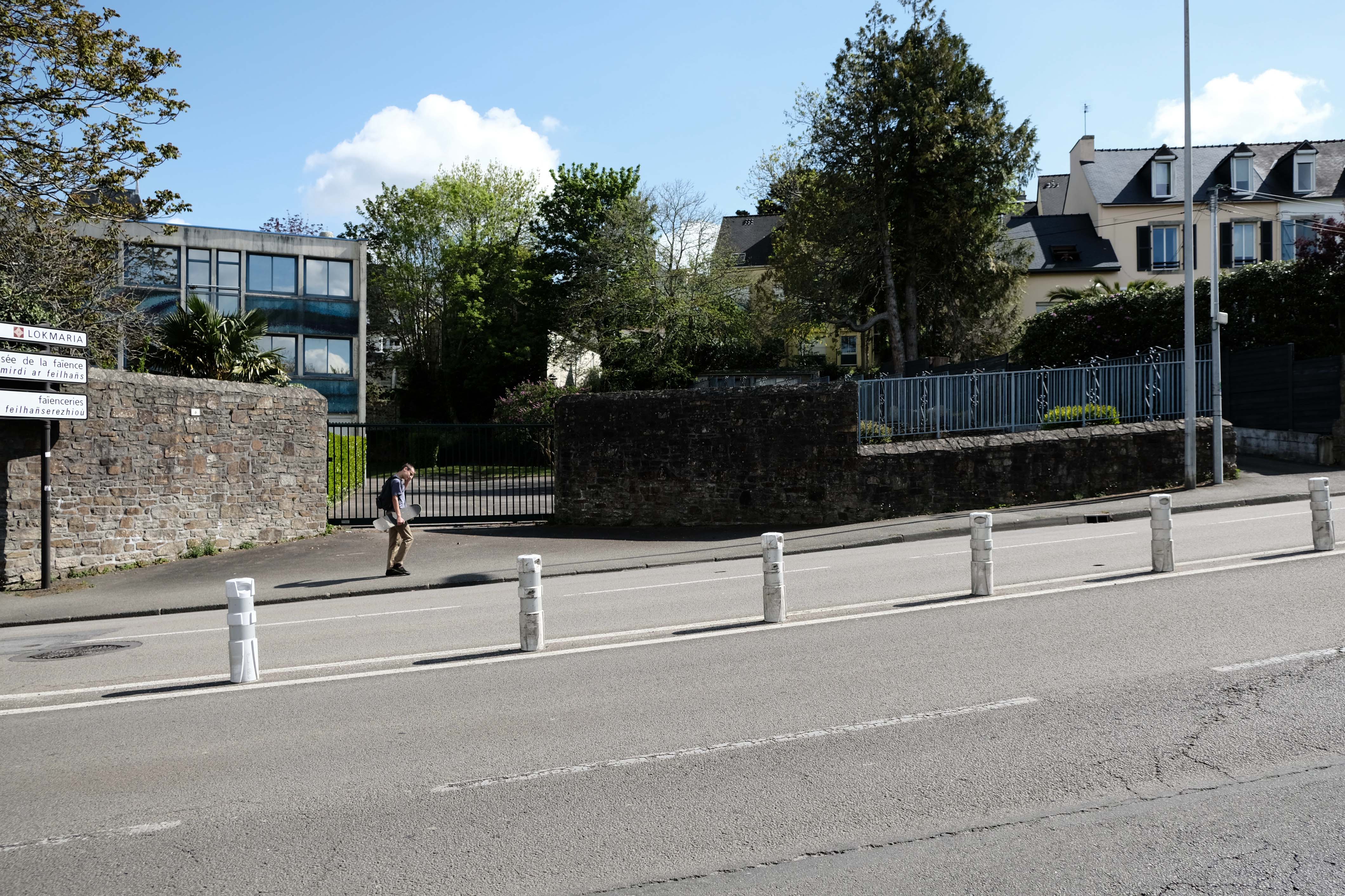