INTERVIEW
Click on the images to enlarge
1. How did you form the team for the competition?
We have been friends since university, as we all studied Architectural Design at Politecnico di Milano. During that time, we took part in different thematic laboratory projects related to Urban Design and Restoration, and eventually continued in the same field after graduation, as teaching assistants in design courses. After university, we pursued different careers in architectural and urban design, working on regeneration projects throughout Italy, besides Milan. Alongside our occupation, we decided to develop an independent approach by participating to the Europan competition, combining our experience as both architects and urban planners.

2. How do you define the main issue of your project, and how did you answer on this session main topic, Living cities?
The “reinforce biodiversity” theme to regenerate the city of Bitonto and its hamlets is interpreted through the analysis of the mechanisms that regulate the territory, developing processes between the areas of exchanges and their context.
The need to regenerate Bitonto in the next decades, in the light of the challenges of the Anthropocene epoch is possible through the enhancement of the functioning of its three main scopes: the urban scope, the agricultural scope and the naturalistic scope of the Lama Balice area. The Lama is a long and shallow karst furrow that crosses the Bitonto territory, making for a unique landscape, as well as the major biodiversity basin of the surrounding area. This marginal ecosystem can be regarded as the privileged ground upon which the transformation of the city may take place.
The project Learning from the Lama aims to provide a suitable and adaptable approach to the city, through the study of its current rich ecosystem.

3. How did the issues on metabolic and inclusive vitalities and the questions raised by the site mutation meet?
The analysis of the natural mechanisms existing within the Lama and the study of its complex geography and biology generate exchange models that, once implemented and replicated, could contribute to reinforcing its biodiversity, with positive effects on environmental quality, urban liveability and economic processes. The piazzas of Bitonto, Palombaio and Mariotto would then become the physical places where such regenerative processes take place on a human scale, due to their historical relevance and importance in the community. Owing to their privileged location between the city, the Lama and the surrounding agricultural land, the piazzas become a nodal point in the major linear system created by the geography of the Lama Balice and the cycling pathways that connect the Apulia’s coastline with the inland area.
4. Have you treated this issue previously? What were the reference projects that inspired yours?
While still university students, we explored the regeneration of vast urban and natural areas in our master thesis, with regard to the coastal cities of Almada (PT) and Bari (IT), starting off with a rich analysis in order to devise a masterplan. After university, we tackled the same regeneration subjects working in offices and multidisciplinary teams to draw executive projects and line guide documents, experiencing the complex relation between institutions, citizens and designers, especially in the context of the regeneration plan under way in the city of Milan. Our work methodology has been applied during the visit and the analysis of the project sites. In this sense, the exploration of the territory of Bitonto was a major source of inspiration. During the design phase, rather than referring to specific existing projects, we opted for a different approach by taking into account the range of good practices, as well as the methodology of urban planning and architecture practices learned throughout our experience and course of study. The result lies in a project that rather focuses on the site and its local instances, as opposed to a strong and definite architectural shape.
5. Urban-architectural projects like the ones in Europan can only be implemented together with the actors through a negotiated process and in time. How did you consider this issue in your project?
Our project outlines a general approach and strategy for the entire municipality by factoring in the complex territory dynamics and the possibility of sustainable growth, as well as reconnecting it to the landscape. Bitonto is developing a series of plans and projects to make the city more liveable and to support and maintain the slow mobility between the city and the countryside. Learning from the Lama aims to enhance these ongoing projects, by intertwining the different facets and aspects with the Lama Balice system. With this as a starting point, the project remains open to the different ways to implement and contribute to this plan, which may vary from scientific studies related to the biological aspects that we have introduced - from the choice of vegetation to water management and microclimate - to negotiation and partecipative processes with the dwellers and the institutions that will inhabit and live in such spaces.

6. Is it the first time you have been awarded a prize at Europan? How could this help you in your professional career?
This is our first participation in the Europan Competition. The possibility to access the dialogue with the municipality and the stakeholders involved will enable us to improve our method and strengthen our work.

Has your team, together or separately, already conceived or implemented some projects and/or won any competition? if yes, which ones?
Europan is the first international competition we worked together as a team. Before that, individually, we have worked on implementation projects in the sphere of urban generation in the Italian context. In 2018 we worked on a guide lines text for the international competition for the regeneration of Bari Costa Sud (Italy): an overall planning hypothesis for a fragmented and complex territory, concerning the urban regeneration of a 10 km area  in the southeastern suburb of Bari coastline. In 2019 we worked in the context of “Designing Desio” with Politecnico di Milano on the drafting of a guide lines document for the public spaces of Desio (Italy) in a group of work in relation to municipality and local institutions. The results are published in Lo spazio pubblico come Palinsesto. In 2020 we had the opportunity to collaborate in the production of drawings in the final and executive phases of the project for the Piazza Castello masterplan (Milan, IT) with the competition winning design studio. 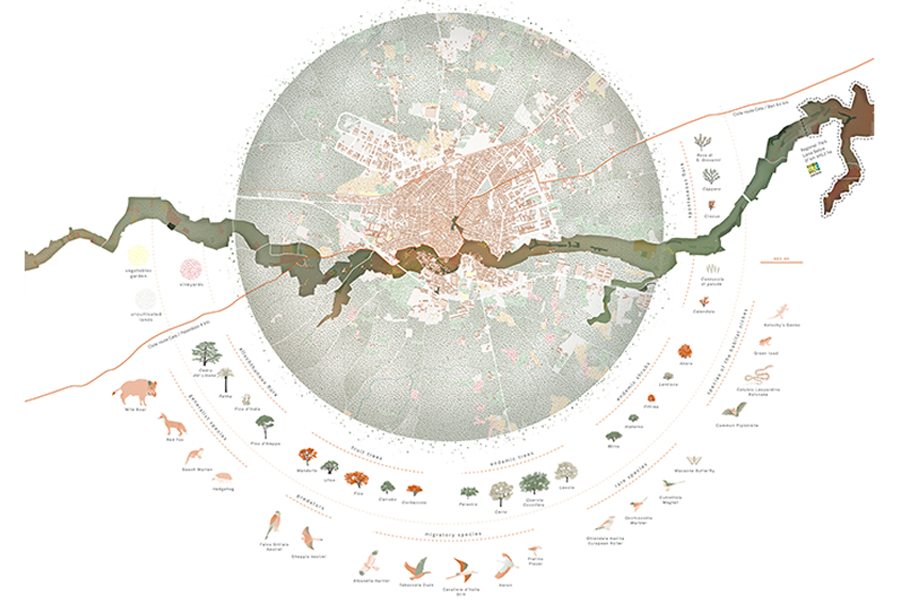 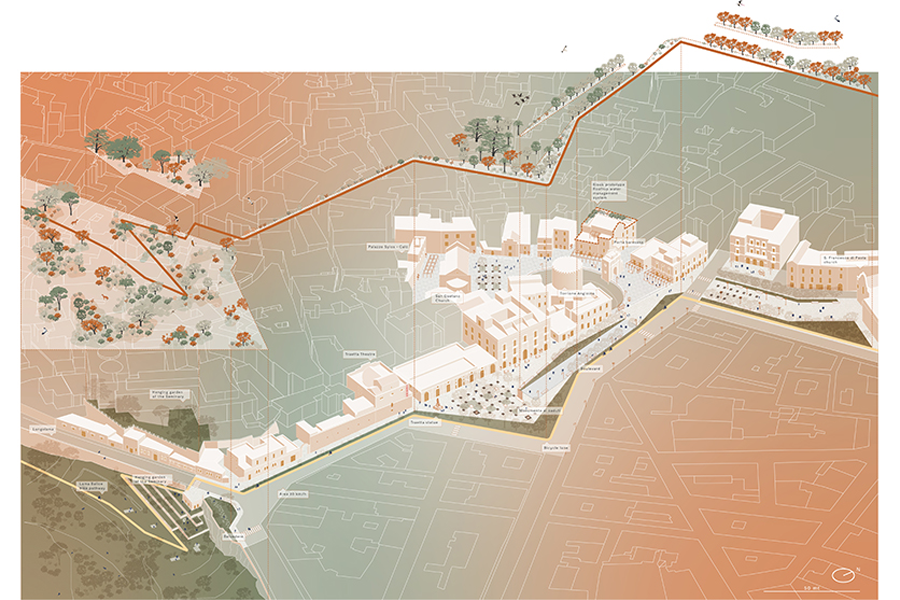 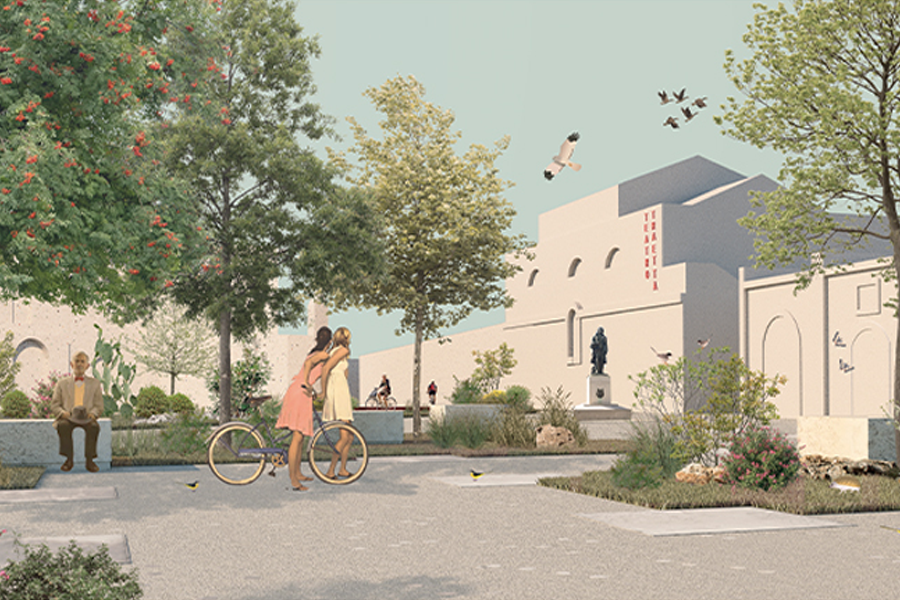 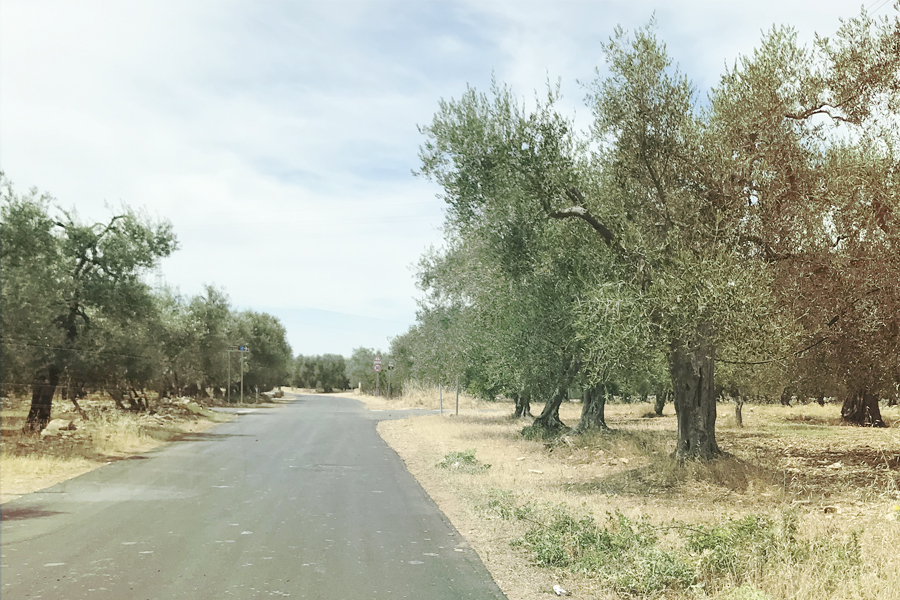 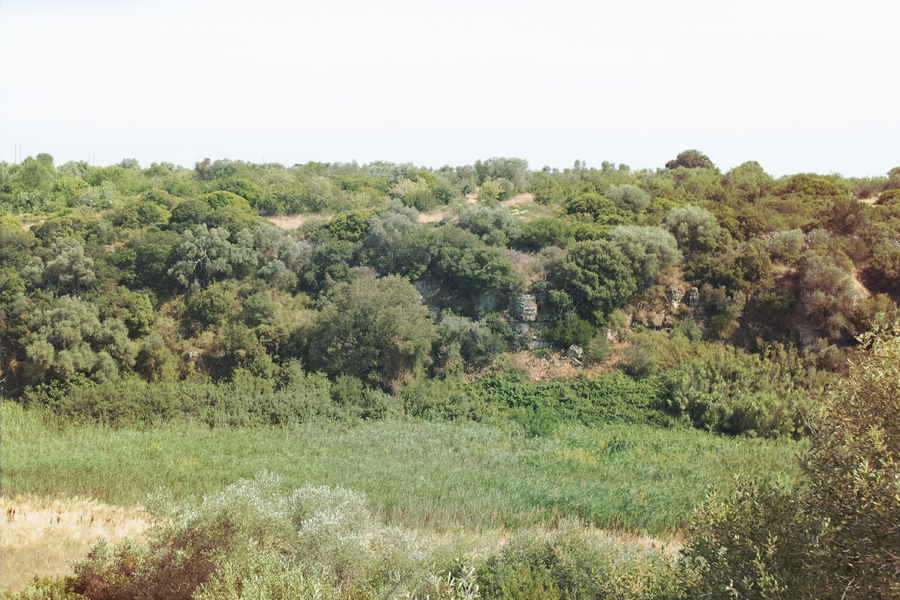 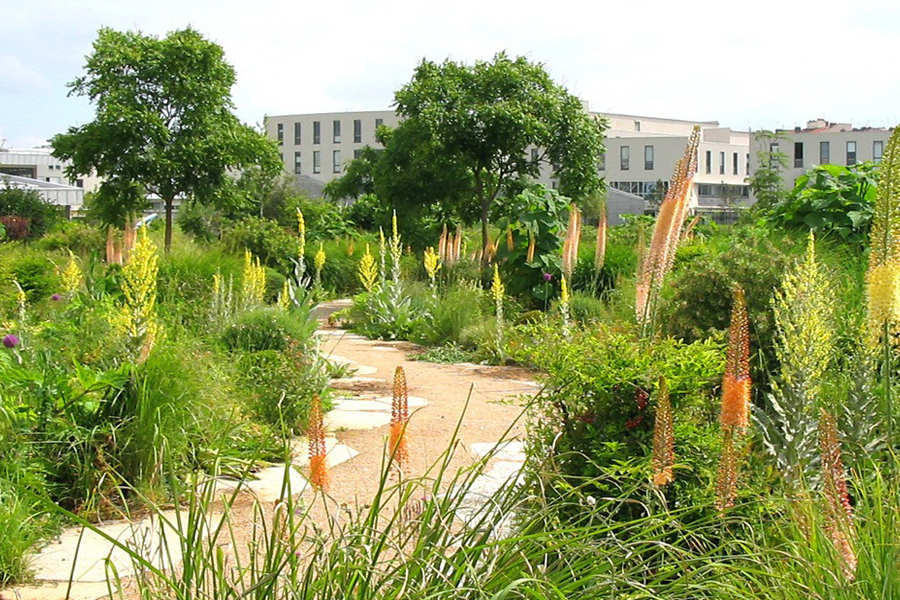 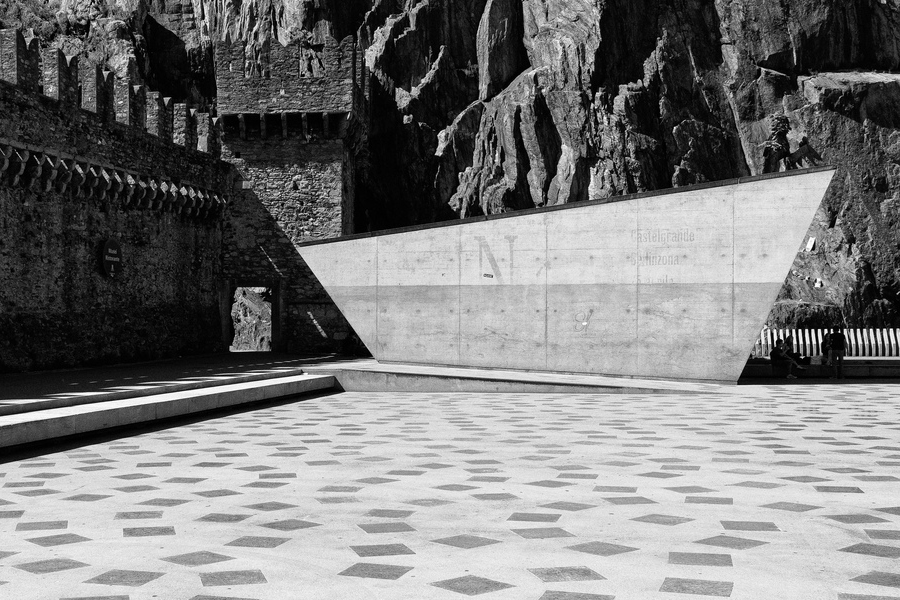 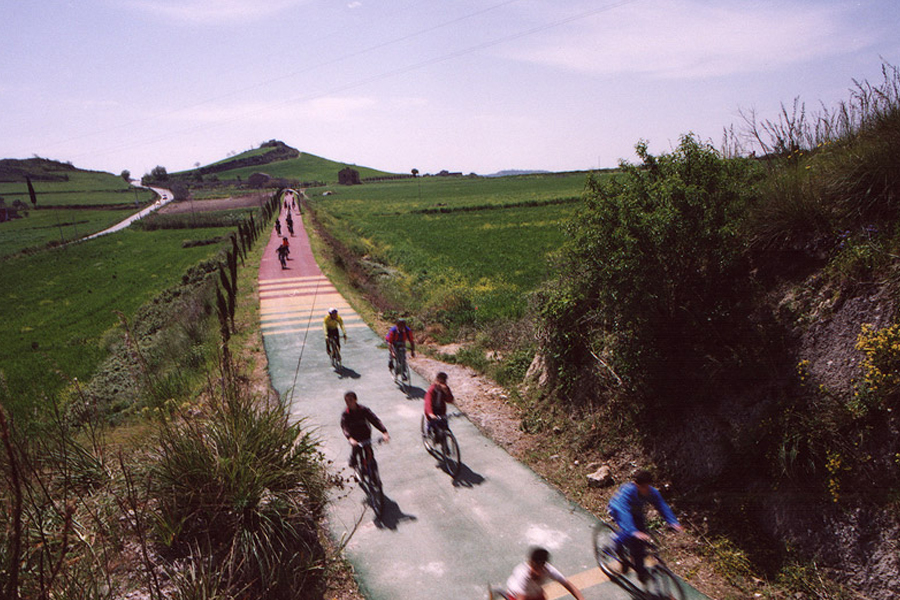 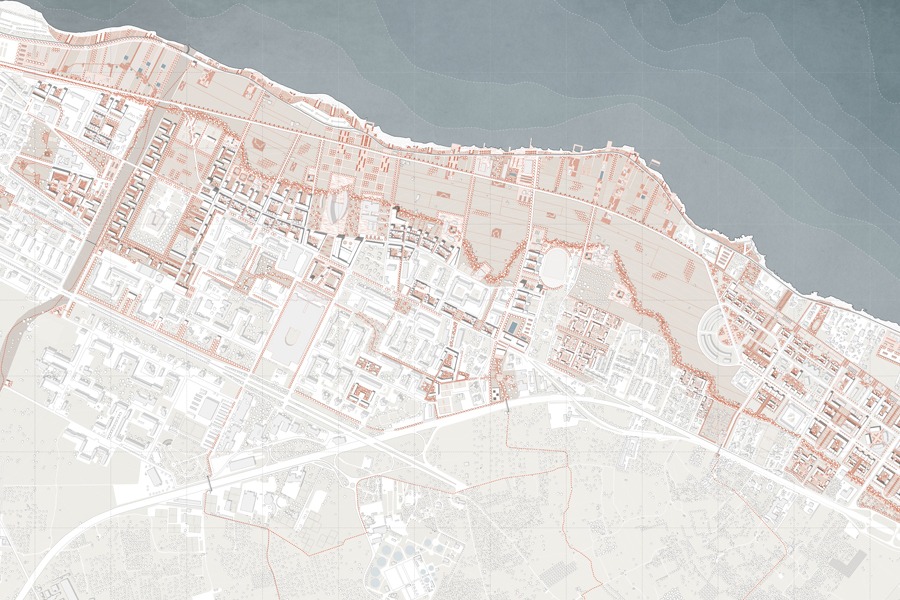 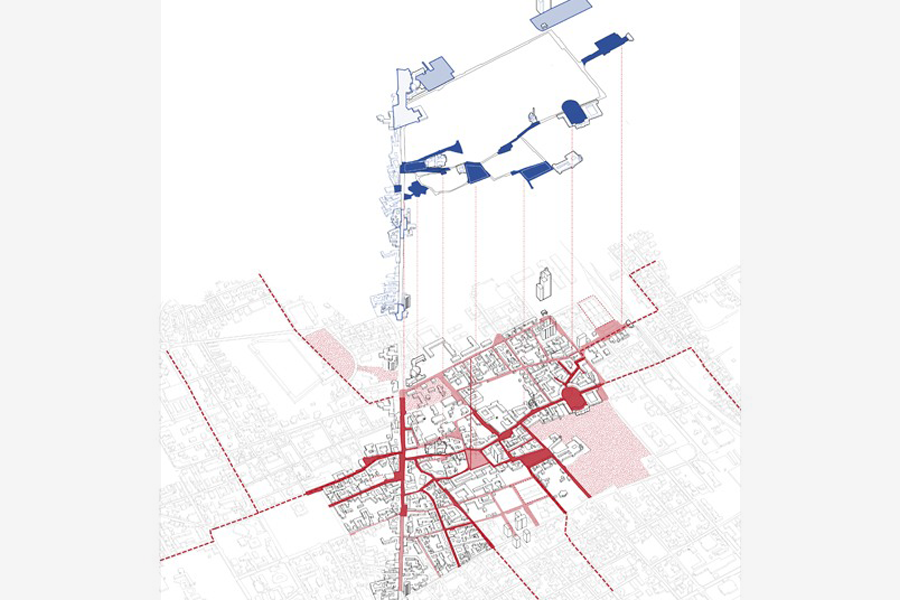 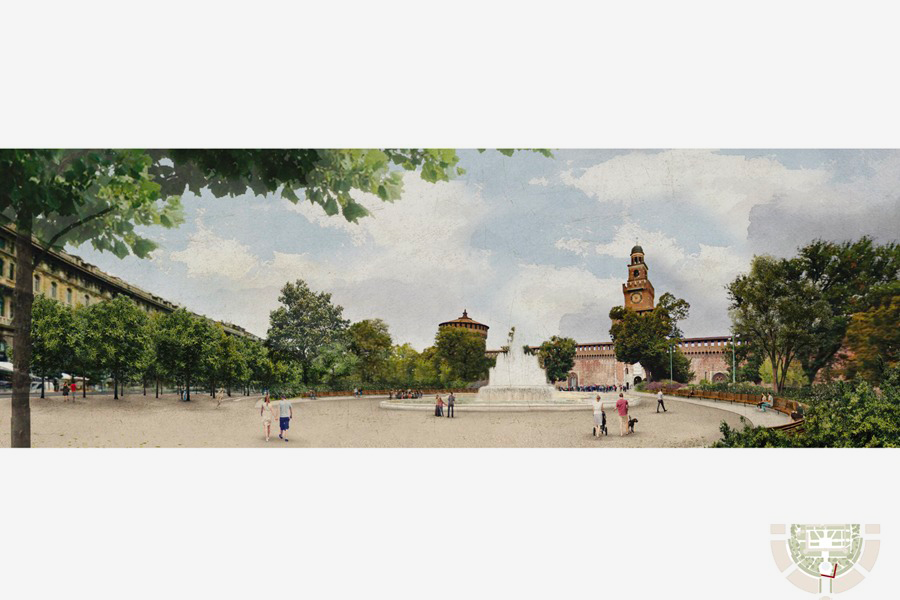