The team identified all the activities present in the city, important events and the citizens’ various itineraries. The goal is to redraw the river on the inhabitants’ “mental map” and the team therefore proposes to reprogram the banks relocating on those the main event activities currently spread around the whole city. Musical or sporting events as well as bars and restaurants are therefore invited to invest the relatively desert spaces along the water. This reprogramming reveals thematic hotspots around food or sports in link with the university, which is quite visible in Pavia. Attention is paid to the adaptability of the places: existing structures can be rehabilitated to host new uses or remain open for future uses.
This reprogramming scenario was thought as a “starter” to modify the short-, middle- and long-term visions of the Ticino River. The presence of activities should progressively add value to the territory and open up development possibilities, which are currently quite limited. On the short term, the goal is to set up an original water and natural territory at the heart of Pavia, which might later on attract some investors interested by the place. The idea is also to reintegrate the Ticino River in a vision on a large scale, particularly improving the walking and cycling tracks. 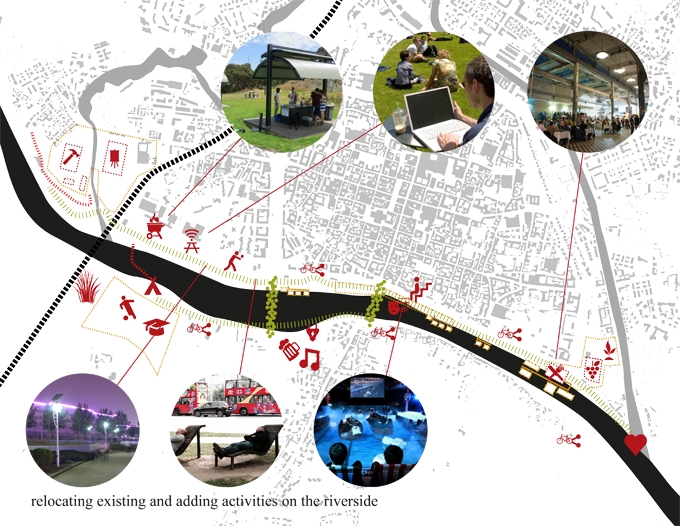