INTERVIEW
Click on the images to enlarge
1. How did you form the team for the competition?
We have been established and working together as knitknot architecture since 2013. This time, for Europan 16, we collaborated with two extremely talented recent graduates from Pratt Institute, in New York, where one of knitknot’s members teaches as an Adjunct Associate Professor.

2. How do you define the main issue of your project, and how did you answer on this session main topic, Living cities?
Our project [SOCIAL SCAFFOLDING] seeks to define a Preservation Strategy for the existing housing buildings of El Marques that is capable of regenerating different scales (Domestic, Architectural and Urban) while reinterpreting and emphasizing the identity of the place. It starts with a detailed analysis of the architectural scale, to evaluate which elements of the existing built environment can be recycled and renovated, and which ones need to be replaced. Thus, the elements that have been classified as problematic must be replaced while the others, classified as identitarians, will be maintained and reinterpreted.

3. How did the issues on metabolic and inclusive vitalities and the questions raised by the site mutation meet?
Dealing with such a dense site and established piece of city fabric, we saw an opportunity to engage with metabolic and inclusive vitalities through strategies of preservation that privilege the identity of the place over the functionality of the actual architectural elements. This approach allowed us to maintain a strong connection with the place and its history while introducing new domestic, communal and urban types to promote inclusiveness at various scales, responding to flexible and temporal ways of living through the houses and the domestic plugins, incorporation of different groups of inhabitants, both human and non-human, through the communal plugins and improving the connection to the rest of the city through the urban acupuncture interventions on the existing building fabric.
4. Have you treated this issue previously? What were the reference projects that inspired yours?
We have addressed this issue in several projects, perhaps more notably so in our previous Europan winning entry: Osurbia, redefining suburbia, First Prize of Europan 13 in Os, Norway. There, we encountered a similar challenge with the identity of the place, one to which we responded through a process of identifying existing elements, reappropriating their identitary characteristics and redefining their use incorporating a multi-occupant multi-programmatic proposal that aimed to revitalise a set of obsolete typologies. In that case  there was no existing fabric to preserve, rather, the project added the new typologies in dialogue with the surroundings, to create a cohesive fabric (something we started with in the case of Almendralejo).
Besides our own work, we find constant inspiration from studios like Lacaton&Vassal, the philosophy behind their interventions and the design methodology of each of their projects, and SelgasCano, with their delicate use of structural elements that turn into colorful and vibrant communal spaces. They have been especially influential in our proposal for Almendralejo.
5. Urban-architectural projects like the ones in Europan can only be implemented together with the actors through a negotiated process and in time. How did you consider this issue in your project?
As we do in most of our projects, we envision our design solution as a temporal deployment of decisions and actions, involving many different agents in the process. In this case, we proposed a phased intervention that, starting  from the small scale, can be implemented over long periods of time, either by unit, by building, or by groups of buildings. We had in mind the multifold composition of the urban fabric and the inhabitants of Almendralejo, both permanent and temporary, as well as the role of public institutions in the process.

6. Is it the first time you have been awarded a prize at Europan? How could this help you in your professional career?
This is our second Award in Europan. We won First Prize in Europan 13 Norway in the city of Os, with the project Osurbia. Redefining suburbia in 2015. Although the municipality did not follow through with the implementation of the project, this award opened up a lot of opportunities for us as a young practice, giving us exposure and contacts for other projects that came along the way. We expect this new award to help us in a similar way. 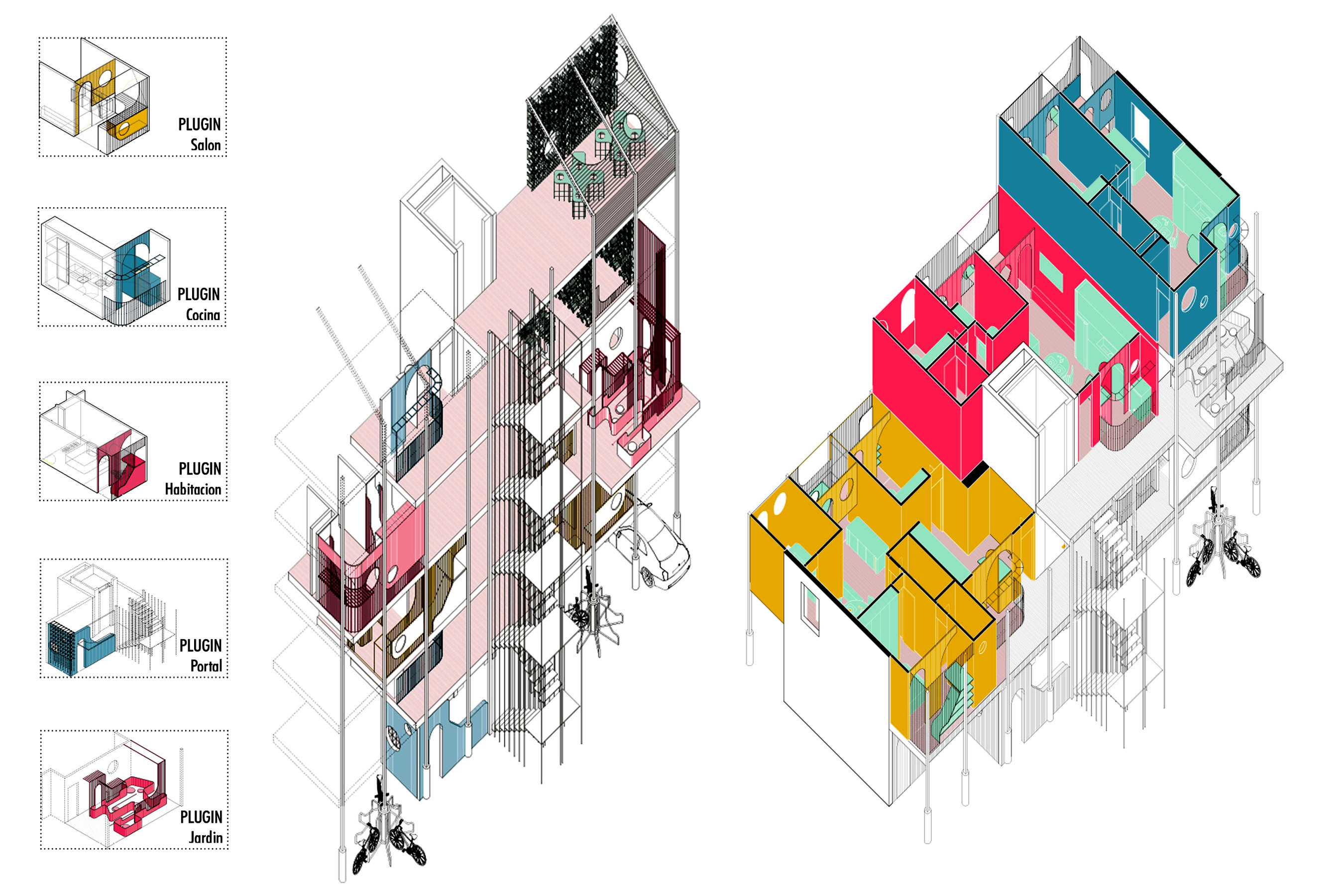 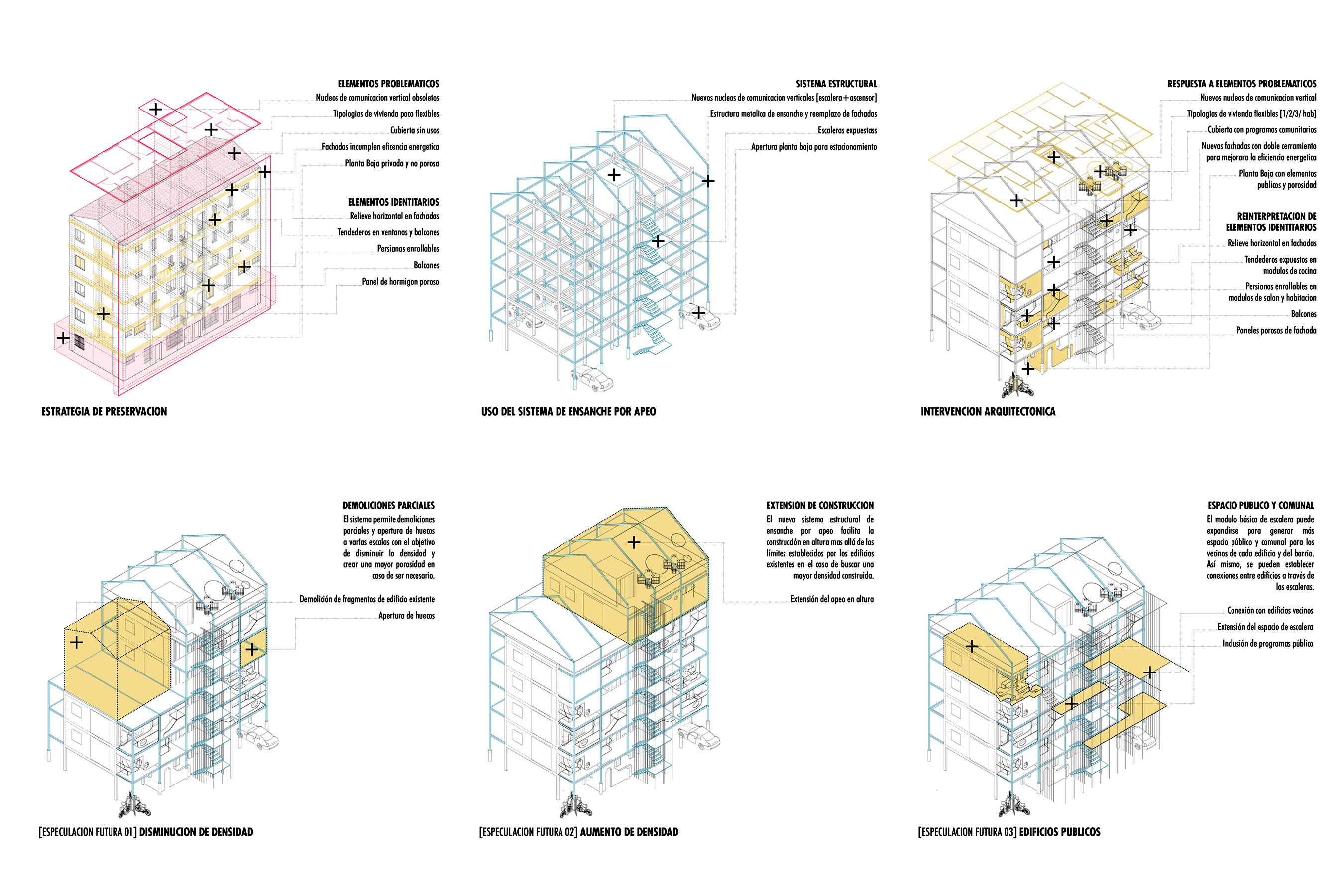 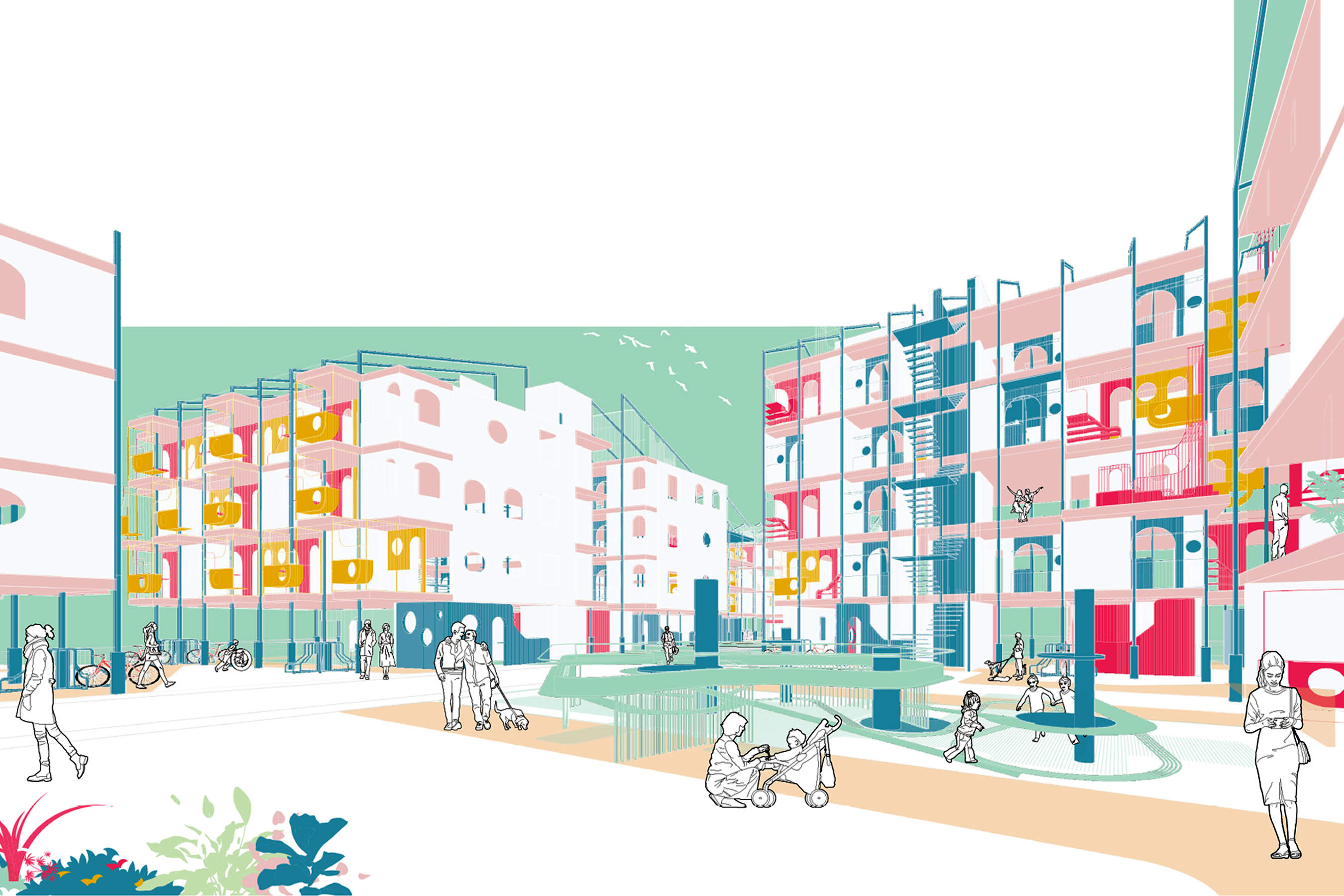 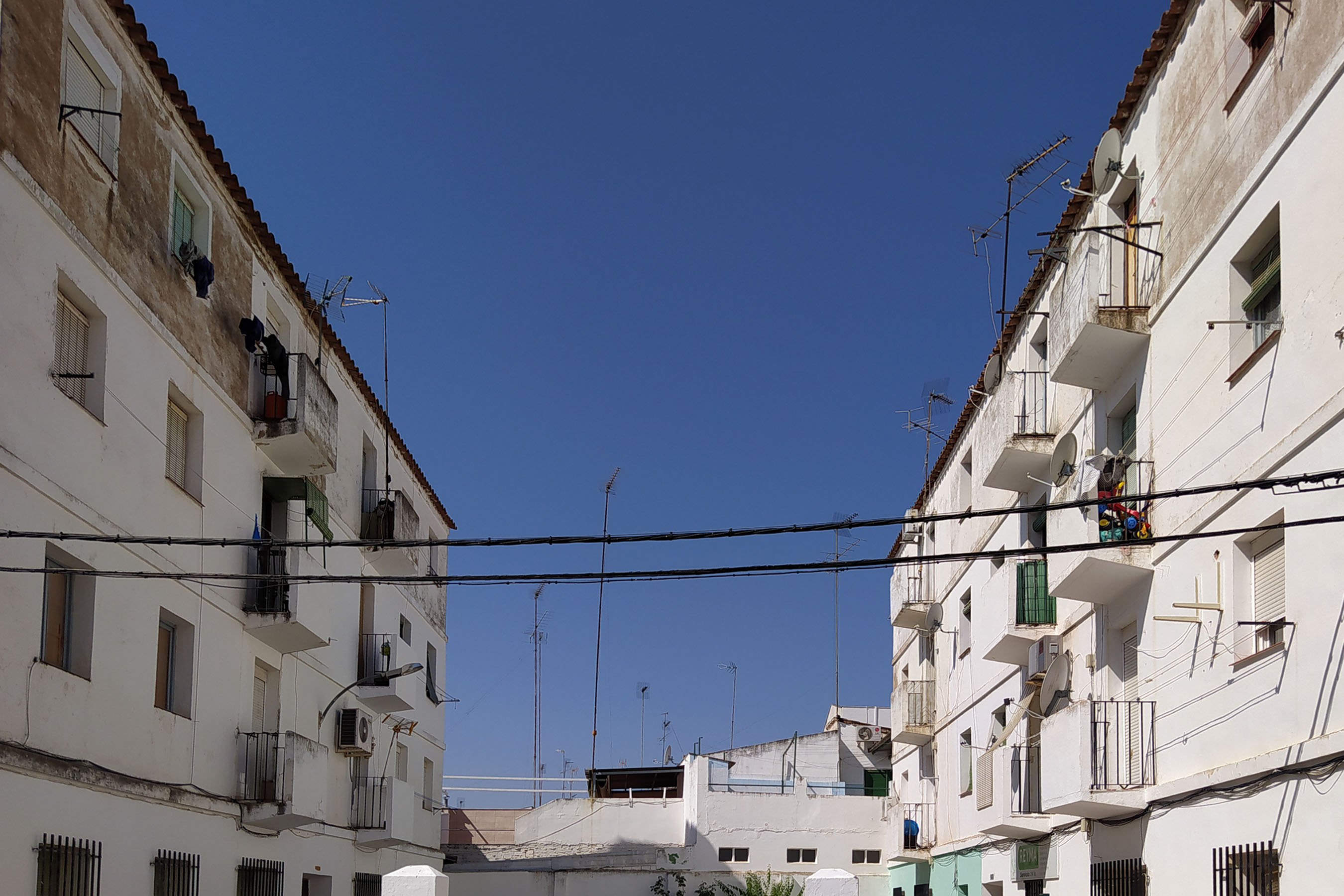 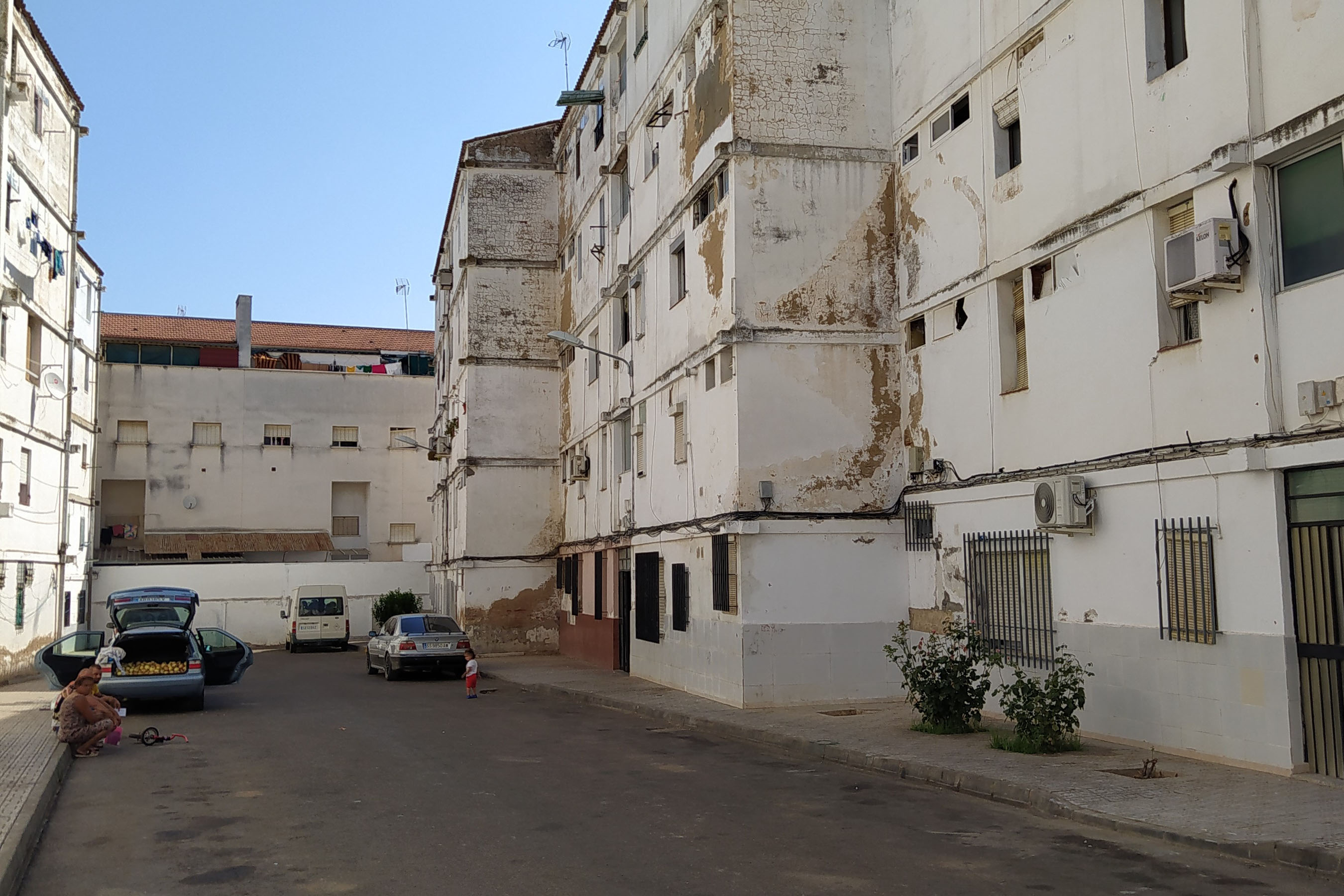 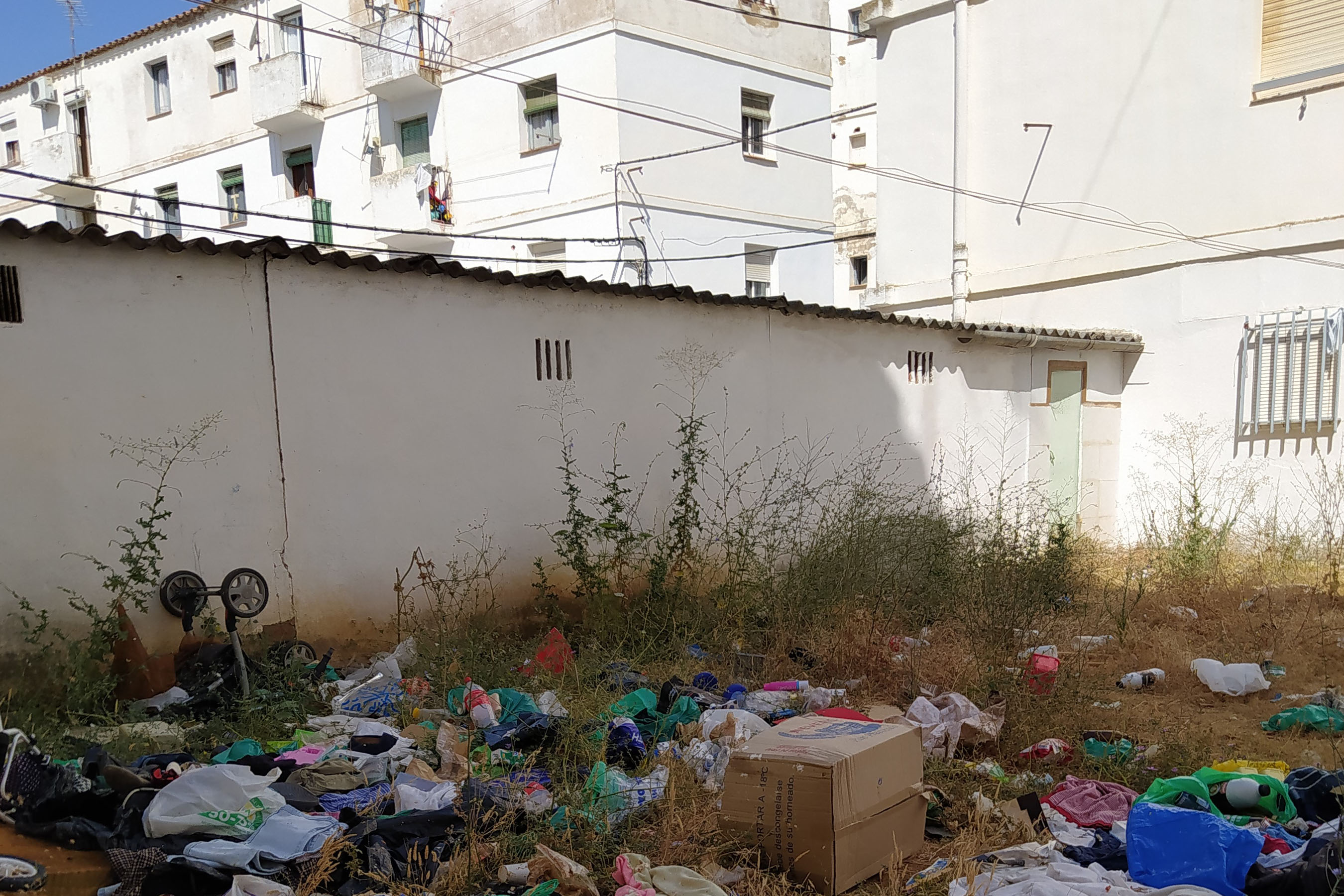 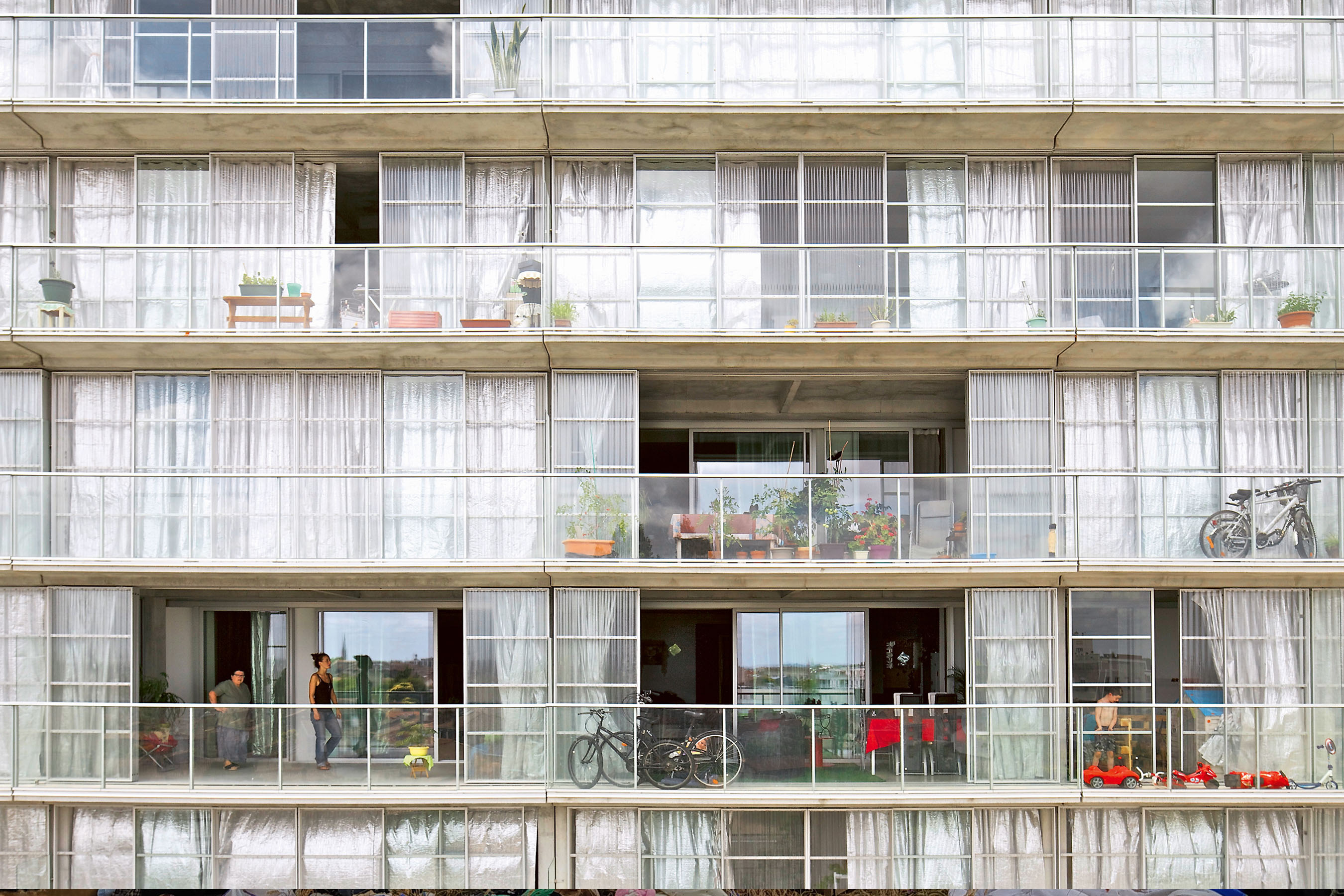 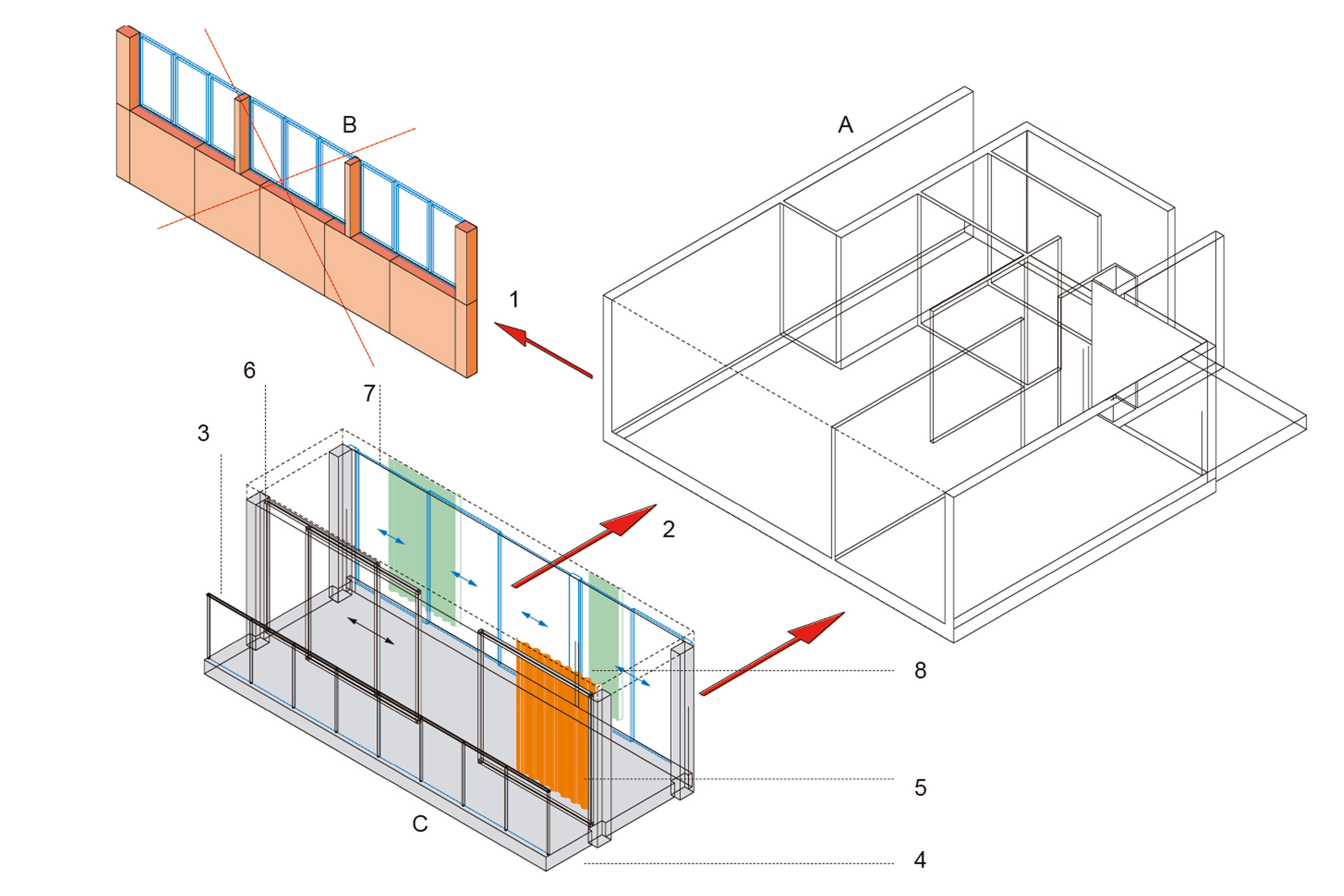 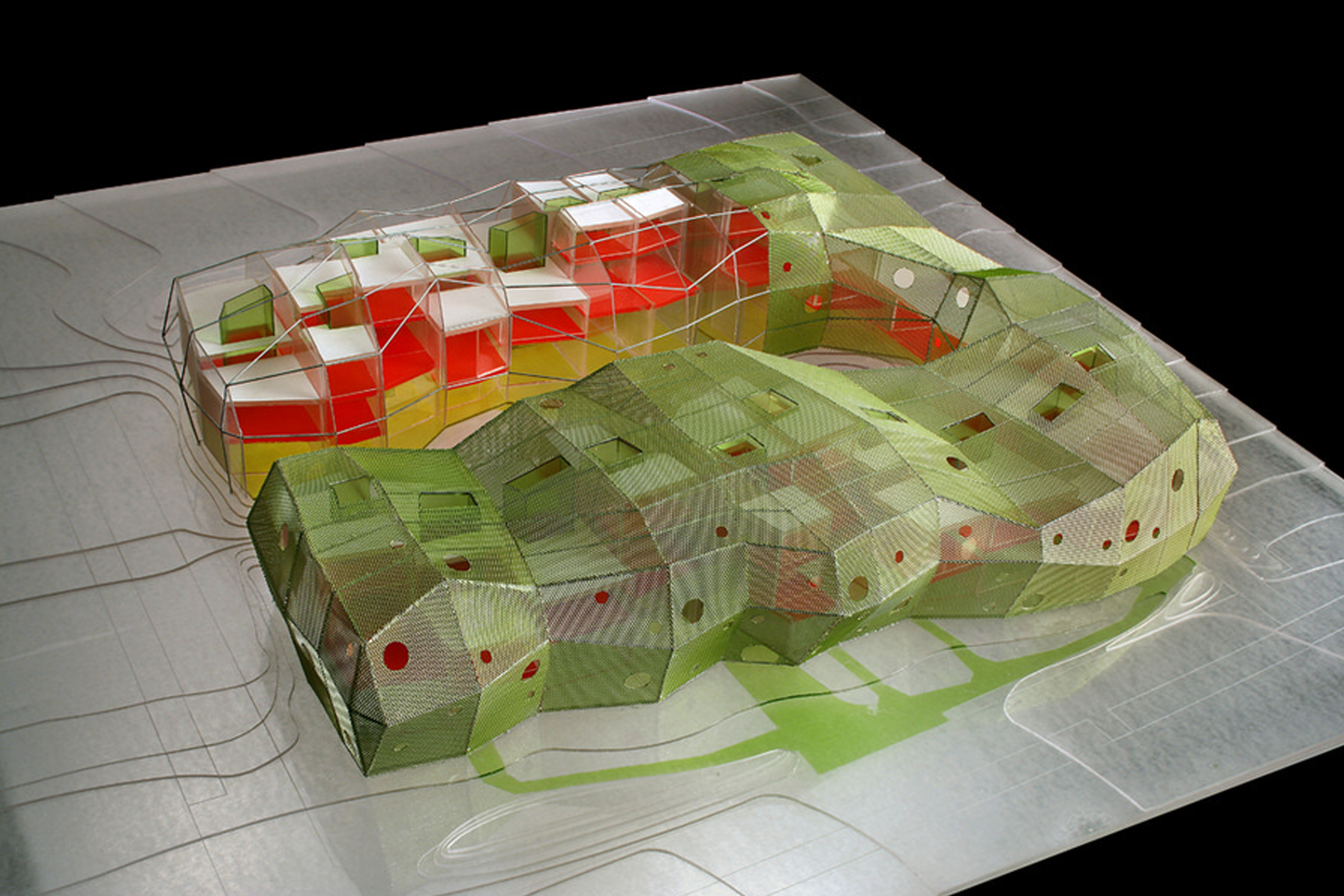 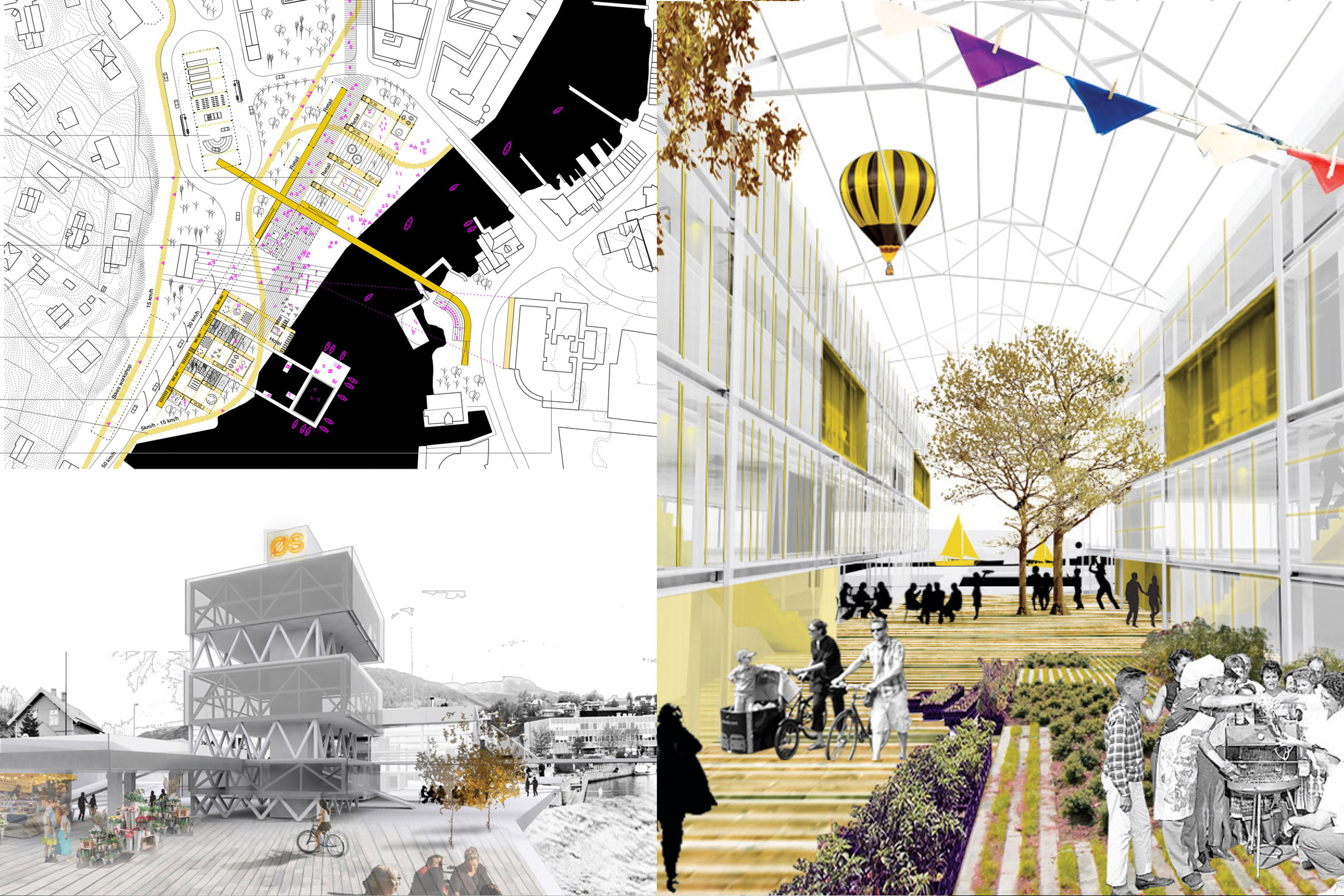 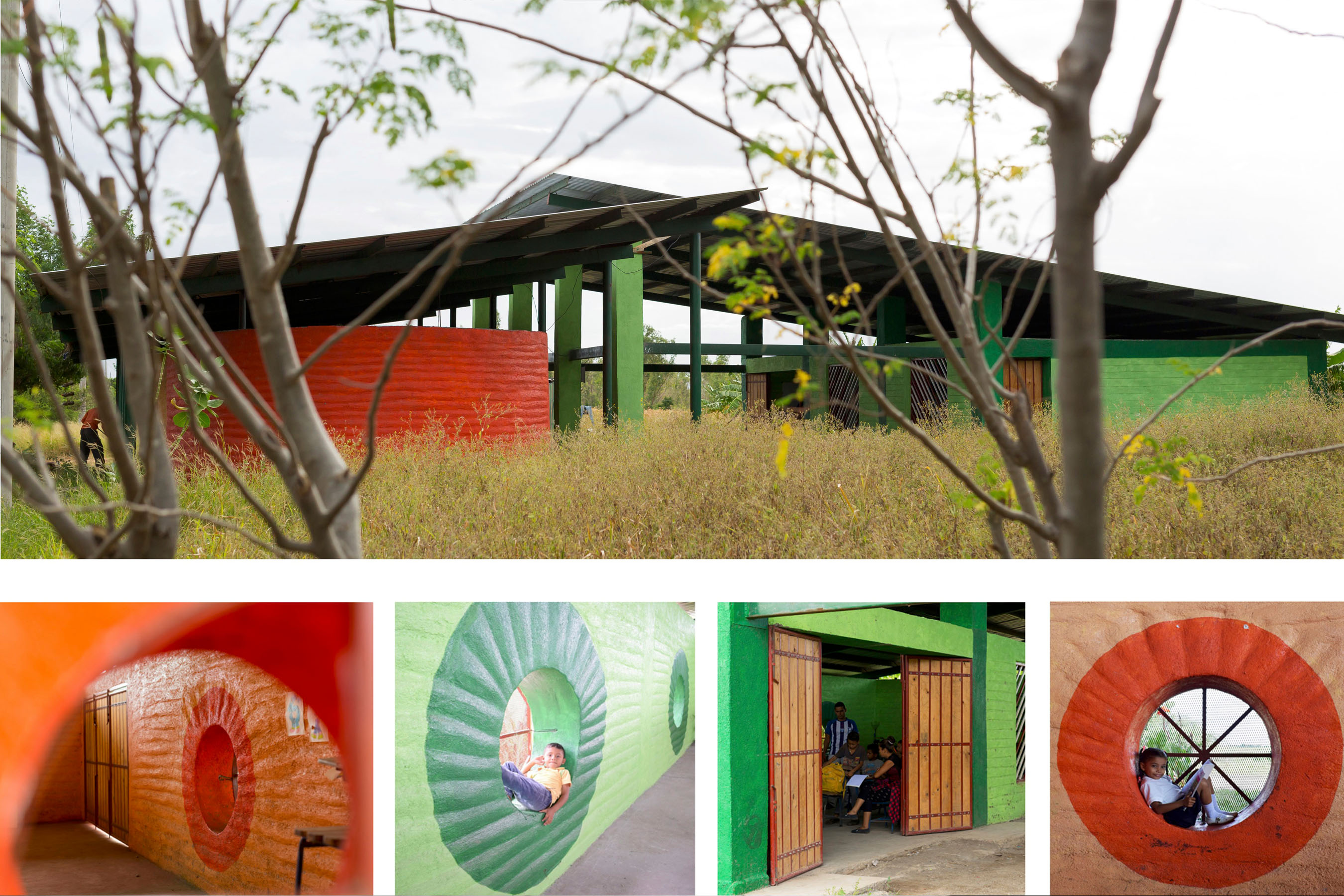 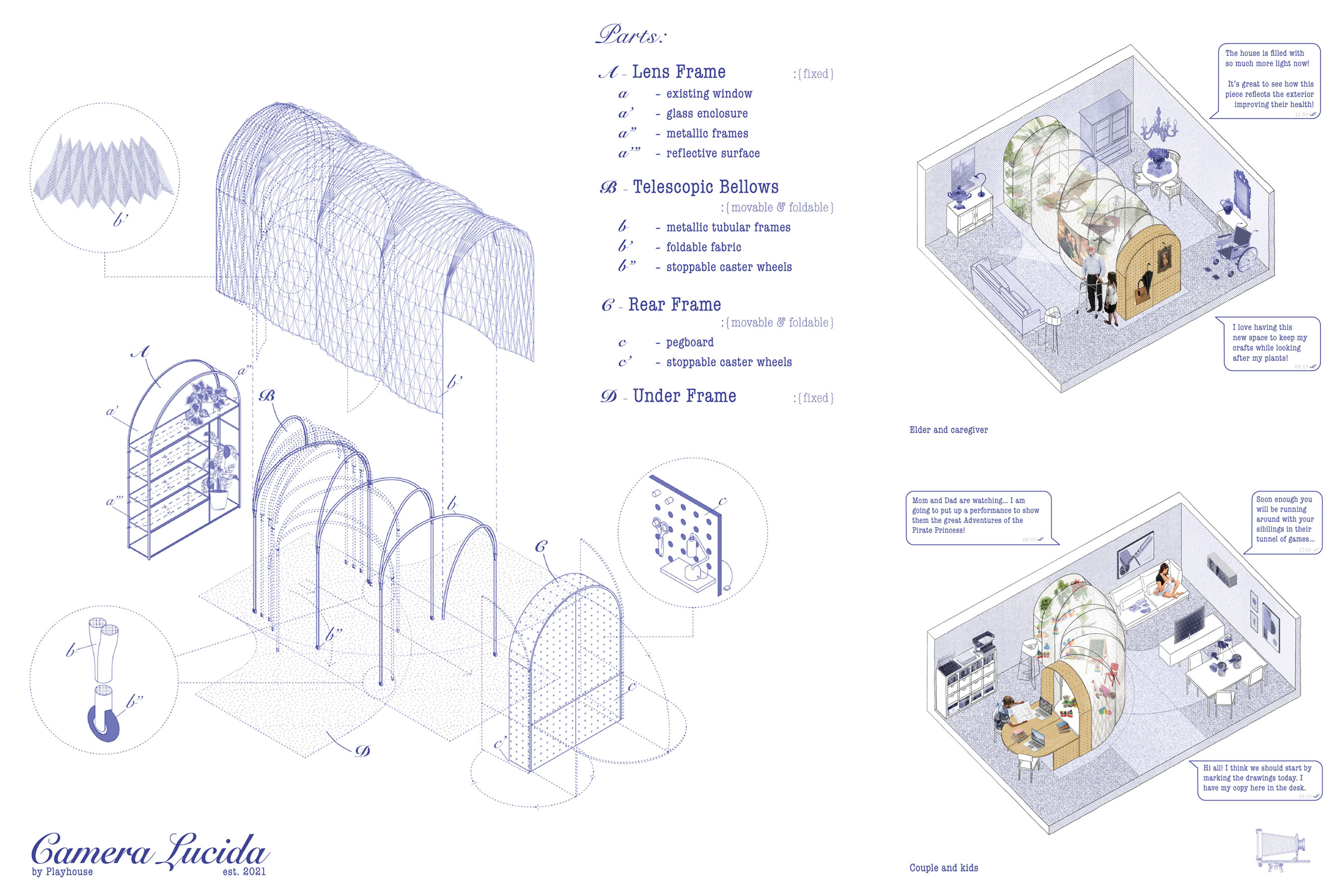