INTERVIEW
Click on the images to enlarge
1. How did you form the team for the competition?
Some of us met working at the same architecture and urban design office in Paris, TVK architectes urbanistes, where both theoretical and building practises are valued and combined in the development of multidisciplinary and multiscalar projects. Beyond the friendship that unites us, we share a complementary vision of the city and its territorial issues. After a first experience on a public space competition last year, we saw Europan as a good opportunity to continue working together.

2. How do you define the main issue of your project, and how did you answer on this session main topic, Living cities?
Our approach understands the living as a transversal subject: first by the geographical and geological conditions and the natural resources that define the site of Quimper. Second, by the river and its confluences, followed by linear infrastructures, they connect the city to more distant territories. The Rive Parc relies on filling the gaps and qualifying these links that work hand by hand on the site. The equation of the living is completed by human’s contributions, aiming for a balanced cohabitation with its environment. The practice of ceramics, in a context of sharing and spreading know-how, allows us to reweave the link that connects us to a specific place and those that connect us to each other.

3. How did the issues on metabolic and inclusive vitalities and the questions raised by the site mutation meet?
It is precisely through the public space that we draw the connections of the existing places - Roz Maria becomes the landscaped part of Locmaria through two main strategies:
• Traffic calming and development of a qualitative connection between the two sites.
• A common program around ceramics, deployed in the existing buildings and enhanced by the construction of a collective kiln, allowing the renewal and diffusion of this important legacy. These links seem not only obvious, but fundamental to give support to the living in all its forms: consolidate the ecological corridor rich in biodiversity, rebalance the sharing and access to the existing landscape, ensure the protection of the banks of the Odet and qualify the human uses in respect of this environment.
4. Have you treated this issue previously? What were the reference projects that inspired yours?
One of the expertises of our team is public space design in every aspect and scale : mobility, landscape, topography, water features, ground construction and materials. In our everyday practice we work on public space projects in France, mostly on the transformation of infrastructures and landscape design focused on the valorisation of existing means. We have already treated these subjects in urban design competitions we have participated in, such as Europan. For this competition, we have studied riverbanks projects, the reconversion of roadways into linear parks (parkways), but also garden design projects on a smaller scale including historical buildings. We were particularly inspired by traditional techniques and collaborative practises working with ceramics on a local level, in France but also in Japan (traditional kiln, made of bricks).
5. Urban-architectural projects like the ones in Europan can only be implemented together with the actors through a negotiated process and in time. How did you consider this issue in your project?
The recent global health crisis has taught us that it is also possible to act quickly to respond to the climate emergency. Some simple and economical actions can be carried out very quickly and have a significant impact on the city’s life. Others, more constrained, depending on land ownership, institutional agreements, validations or technical issues, may take longer to materialise. These situations are not conditional on the realisation of the project, which relies on the controlled spaces, and takes advantage of the realisation of the actions in time. The transformation of public spaces and buildings is conducive to rapid realisation and seeks sobriety and sustainability. For the transformations that require more time, the previous actions will serve as an experiment, or a progressive implementation accompanying the evolutions of the city.

6. Is it the first time you have been awarded a prize at Europan? How could this help you in your professional career?
Gemma Milà and Corentin Berger from Atelier Berger Milà had already been awarded in the last Europan 15 : Productive cities. They won exaequo 2nd price on Vallbona (Barcelona, Spain) and were finalist of Romainville (France) site with a team composed of spanish architects and french landscapers. It led us to be part of the Europan Intersessions Forum that allowed us to meet other architects and the Europan organisation team. All these new contacts and the relations between the team are helpful for the development of our architectural practice.
TEAM IDENTITY
Office: Atelier Berger Milà
Function: architecture, urbanism, design
Average age of the associates: 32 years old

Has your team, together or separately, already conceived or implemented some projects and/or won any competition? if yes, which ones?
Some of the members (Gemma Milà Cartaña, Corentin Berger, Jihana Nassif, Irati Lasa) have already participated in a competition for the renovation of Jose Antonio Agirre square (Gorliz, Basque Country, Spain) in 2020. They obtained the public award.. Corentin Berger and Gemma Milà own the Atelier Berger Milà studio based in Paris and develop architectural and urban projects in France and Spain. This year, they have been finalists in the competition about “The future of the Barcelona metropolitan highways” with Office of Landscape Morphology, Ingetec and Atelier d’Ecologie Urbaine Rodrigo Apolaya is part of APU Colectivo based in France and Peru. As a member of APU,  he has participated in several public competitions in Peru obtaining a winning prize for the Lloque Yupanqui Sports and Cultural Center and an Honorable Mention in the International Competition for the Pachacamac Park together with KH Studio and Ydea. 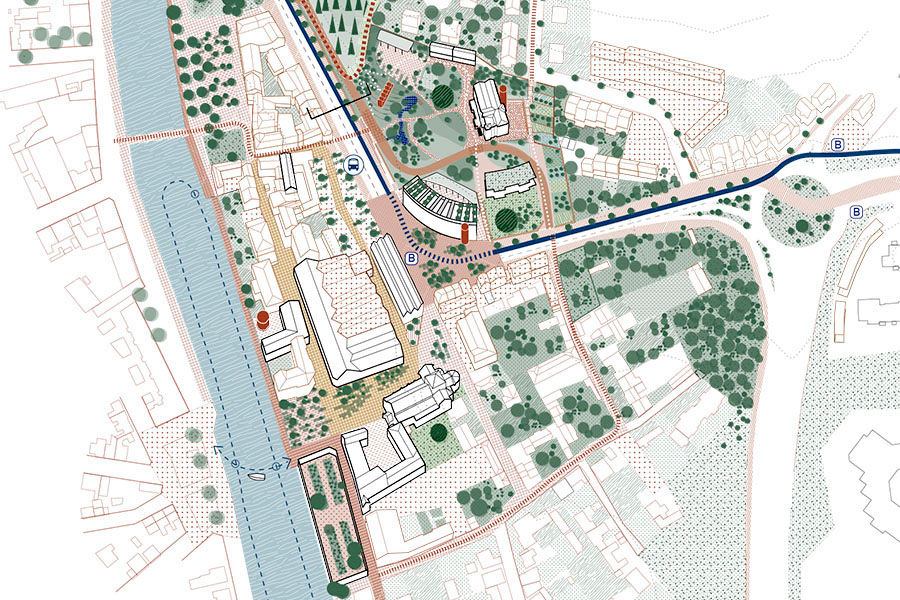 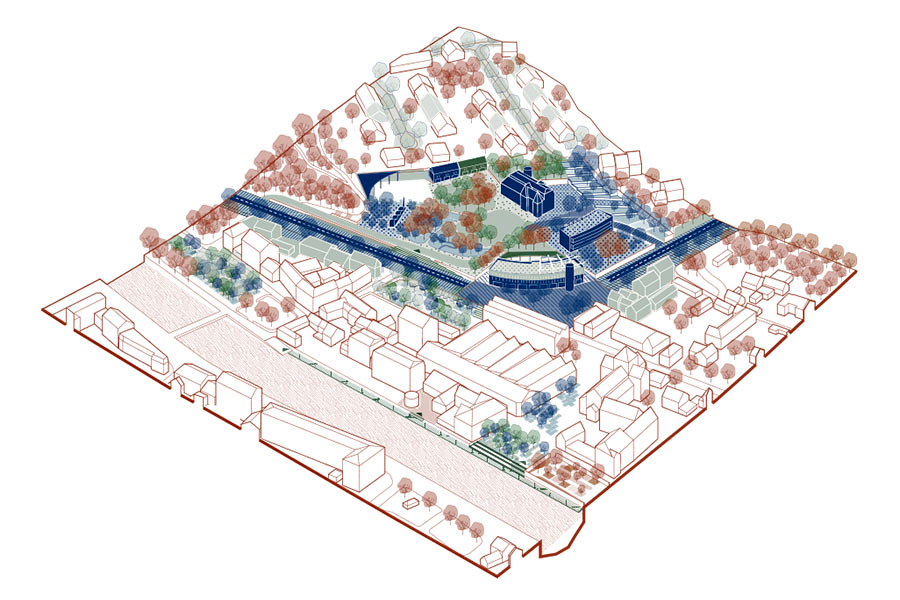 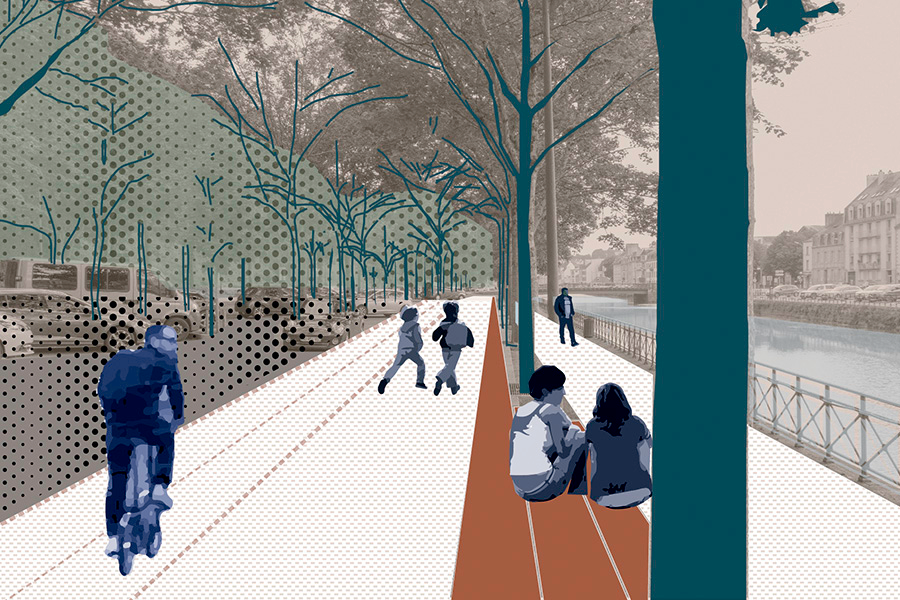 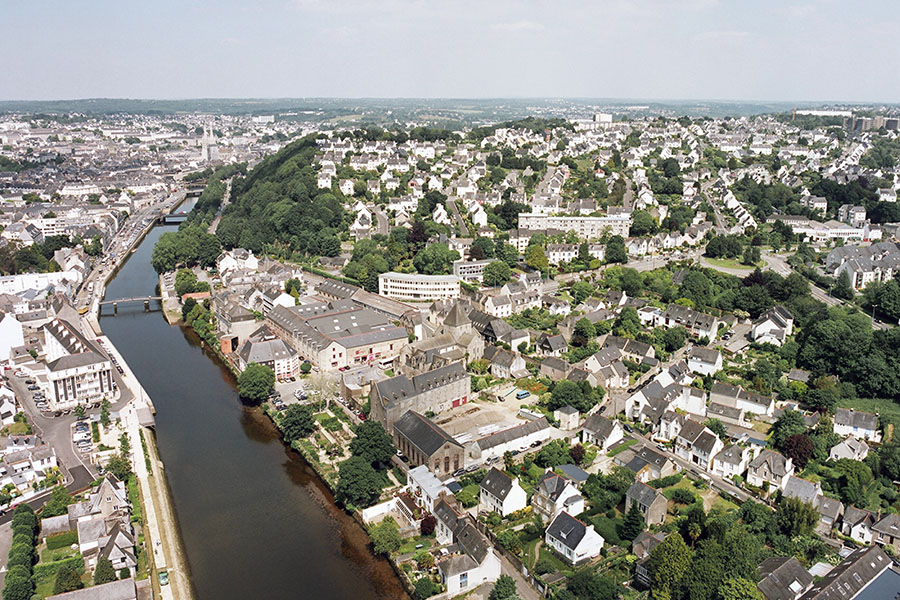 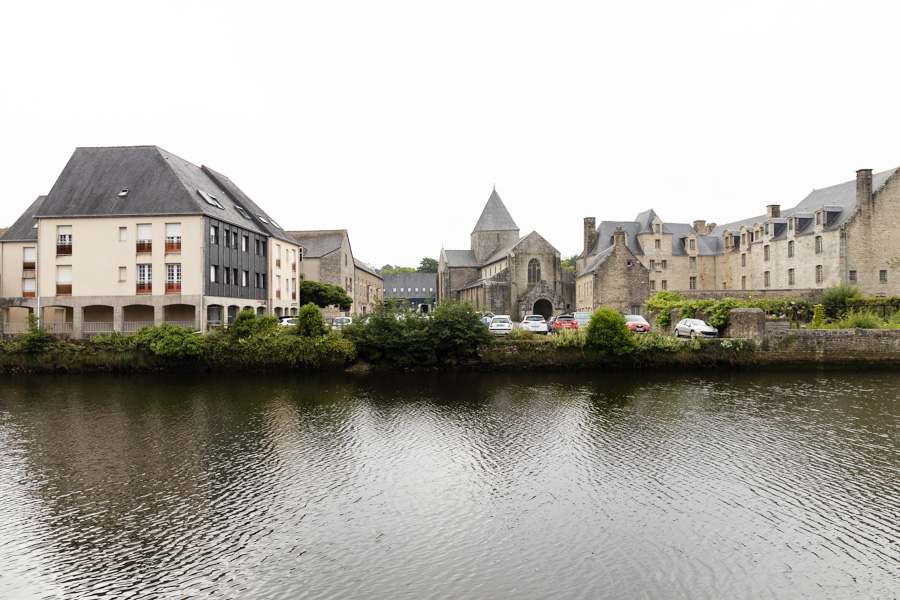 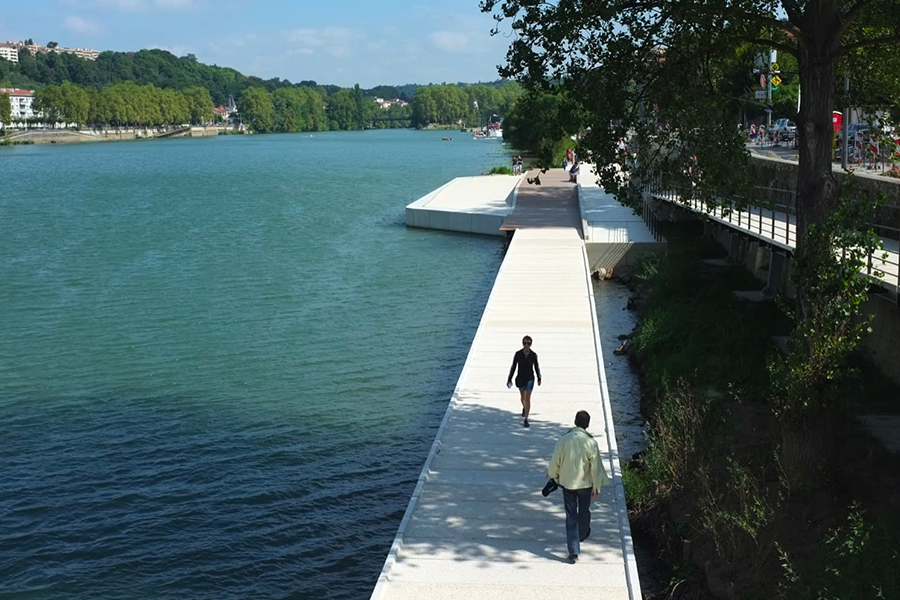 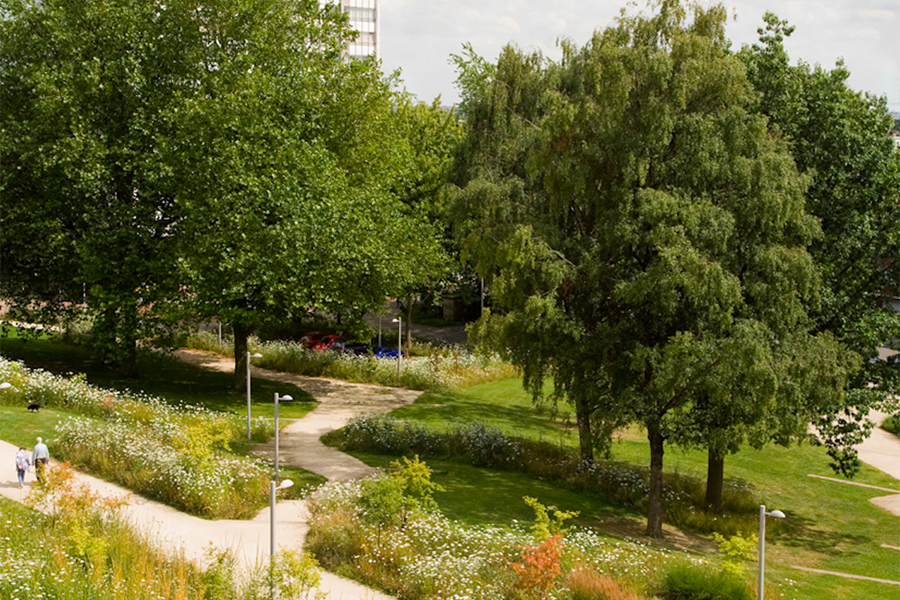 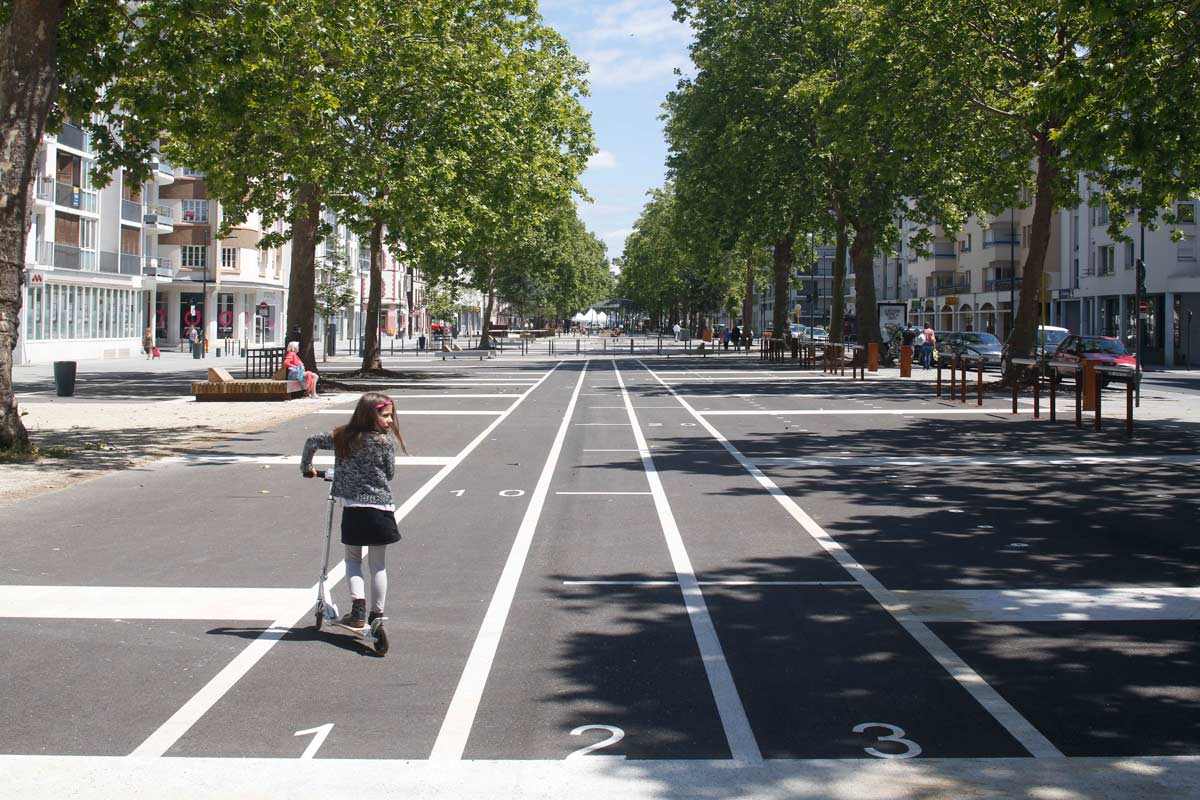 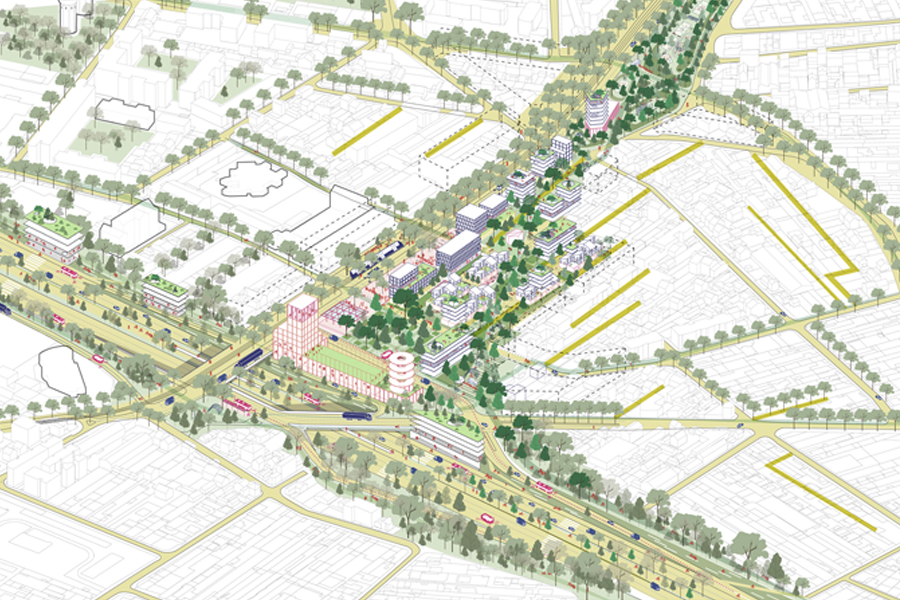 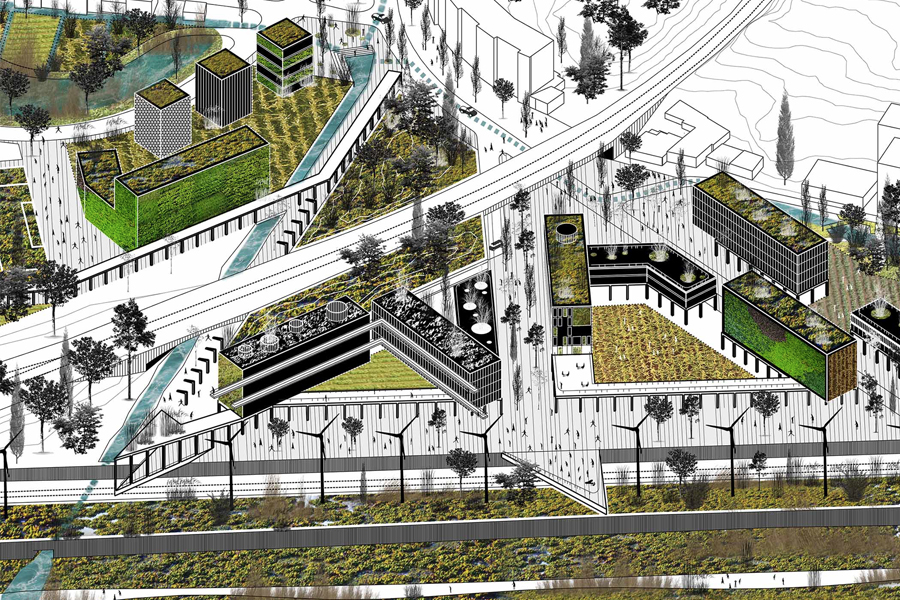 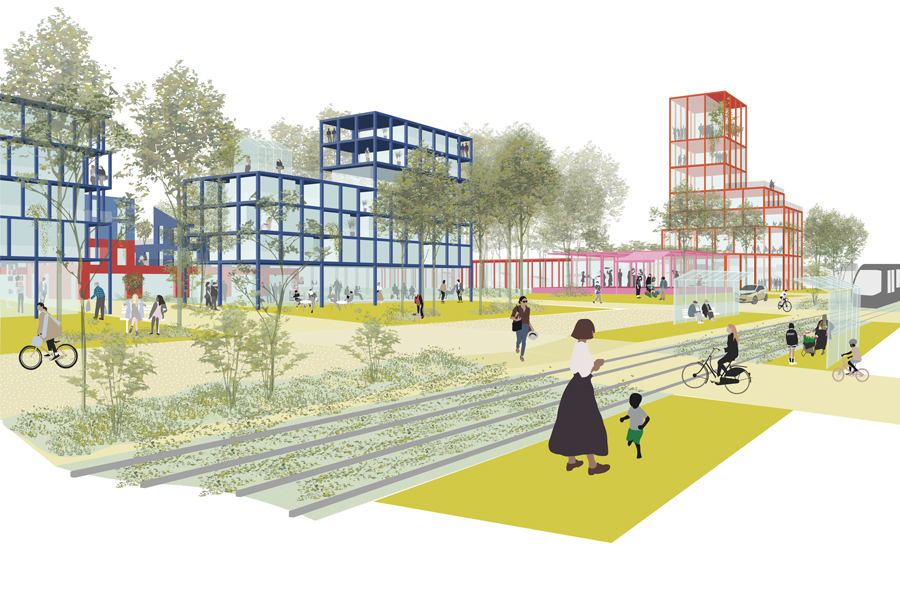