INTERVIEW
Click on the images to enlarge
1. How did you form the team for the competition?
We have the same background in architecture and urban planning in France, with the EVAN (Entre Ville Architecture et Nature) master's degree from ENSACF and the DSA in architecture and urban planning from the Eav&t of Paris-Est. In addition to our collaborations within different architecture and urban planning offices in France and Switzerland, we have been working together since 2017 on research projects (including a book in progress: « l’habitat rural et de demain », "Rural and future housing"), and share common commitments to the autonomy of territories, the revitalization of built and landscape heritage, the low-tech and the collective project. Our collective, Atelier Observare, brings together three architects, urban planners and polymorphous artists. It is open to various disciplines such as the social sciences, the study of the living being, art and philosophy, believing that the project is developed through the crossbreeding of ideas. Europan was an opportunity for us to explore new ways of designing and thinking about the city through a multi-disciplinary approach.

2. How do you define the main issue of your project, and how did you answer on this session main topic, Living cities?
We need to surpass the city-countryside cleavage and the thinking of the city-nature which only leads to 'bringing nature into the city', to go much further: reintegrating human civilisation into the very core of natural balances, by thinking of the urban structure as if the city were a living organism. Just as a living organism cannot live without the resources of its environment, the skeleton of a district must be rooted in the resources of its territory. The meaning of the project is played out on a territorial scale. For us, the Geyisried district is like a "turtle in its adolescence" that has not finished growing and lacks the independence to survive. In addition to the head (Orpond Square), the backbone (the boulevard), the tail (the business park) and the cells (the housing cooperatives), it lacks an exoskeleton: a pedestrian and bicycle belt that connects the existing green spaces and public programmes of the district, and that connects the district to its territory, its forest, its allotments, its high school, its "Mett marsh" biotope, by means of an outreach scheme. Once the skeleton has been put in place, the scales can be changed on a case-by-case basis, moving from a monofunctional logic to a multifunctional logic, in other words from the bar to the "U", thus welcoming a greater variety of housing typologies (and therefore inhabitant profiles) and semi-public meeting, exchange and work spaces.

3. How did the issues on metabolic and inclusive vitalities and the questions raised by the site mutation meet?
The Geyisried district has a strong identity with its homogeneous housing blocks and allotments. It is inhabited and loved by its inhabitants, who represent an ageing population. In order to densify the district, it is necessary to change it while respecting its identity and in negotiation with its inhabitants, thus according to a logic of couture spread over time. At the same time, the district must become attractive again for young households, an age group that does not currently live there. For this, the district needs a clear urban structure that improves the common goods: a requalification of public spaces, new links for soft and inclusive mobility reconnecting the existing public facilities, the appeasing of the streets of the district by reorganizing the parking in "small pockets", the slowing down and better crossing of the boulevard.
4. Have you treated this issue previously? What were the reference projects that inspired yours?
Thinking of the city as a living organism is something very new. The project was for us a mainly non-referenced experiment, inspired above all by the logic of the living. The challenge was to change our way of looking at things, not to separate the city from nature, but to think of the site as a whole through the three scales of the territory, the district and the housing. We adopted a working method that gave a lot of room for observation: observe, analyse, then complete to arrive at a neighbourhood structure that respects its history and intertwines city and nature. The establishment of large continuities combining soft mobility and green spaces, and the preservation of lively and productive grounds free of underground parking were decisive for the project. In this respect, the city-archipelago scheme of Helsinki or the finger-plan of Copenhagen are two examples of this same approach. At the neighbourhood scale, we can also cite the response provided during Charlélie Michel's collaboration with the LEISMANN office on the 2018 urban competition for the development of the new Salina Raurica East neighbourhood in Basel-Landschaft (CH).
5. Urban-architectural projects like the ones in Europan can only be implemented together with the actors through a negotiated process and in time. How did you consider this issue in your project?
The project we propose is based on the principle of self-regulation. In a living organism, self-regulation is the ability to keep the organism alive by modulating its vital functions according to its internal evolution and that of its environment. Intervening in the Geyisried district implies the development of a project process capable of establishing a state of equilibrium between the vital functions of the district and its territory. Thanks to the principle of self-regulation, the project is implemented in several phases, including a process governed by the city in parallel with a process driven by the residents' cooperatives. In the long term, it allows the densification of the neighbourhood and the diversification of the inhabitants' profiles, through new typologies and new status of outdoor spaces. In the short term, it allows the activation of new uses in public space and a new scheme of soft and inclusive mobility in the neighbourhood. A strong will of the public authorities is needed to improve the structural pattern of public spaces. The project therefore takes the form of a guide plan: the public parts must find an overall coherence, the private parts can evolve at their own pace, case by case, in negotiation with the inhabitants.

6. Is it the first time you have been awarded a prize at Europan? How could this help you in your professional career?
This is our first participation in the Europan competition. This first prize shows that there is room for experimental working approaches: on-site work in the form of residency, observation through surveying, historical research, sensitive redrawing, theoretical and philosophical debate around the questions: what makes society? What makes a neighbourhood? What makes a city? And finally, experimentation with new forms of expression, dipping into art to create a narrative that offers a non-fixed, multi-disciplinary reading of the project. At Atelier Observare, we are looking for new tools to observe the city and society, to think collectively about our common good territory and to face, together, the challenges of the Anthropocene.

Has your team, together or separately, already conceived or implemented some projects and/or won any competition? If yes, which ones?
Since 2017, the team has been working on a book project on rural housing entitled "Rural and future housing". It is also working on the setting up of a cultural third place in the village of Souvigny (Allier, France), for which it is in charge of the project management. She participated in the exhibition "Taking the country's side" for the 2019 Lisbon Architecture Triennial.

Does your team share a common workplace? if yes, give us a short description:
The team has a workroom in a co-working space at 11 rue du Chapeau Rouge 03210 Souvigny, which allows it to organise residencies. The space covers 91m2 and includes a workroom, a meeting room and a shared kitchen. 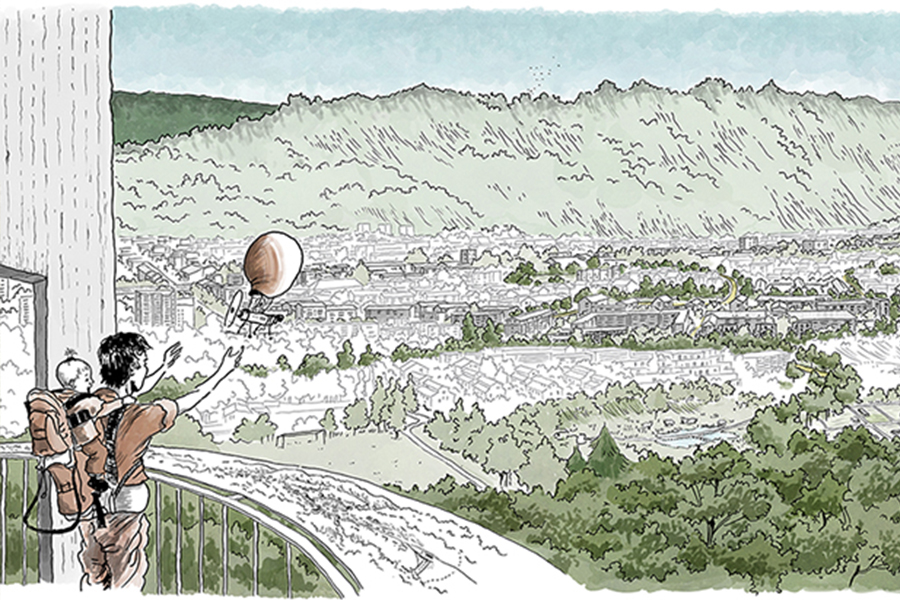 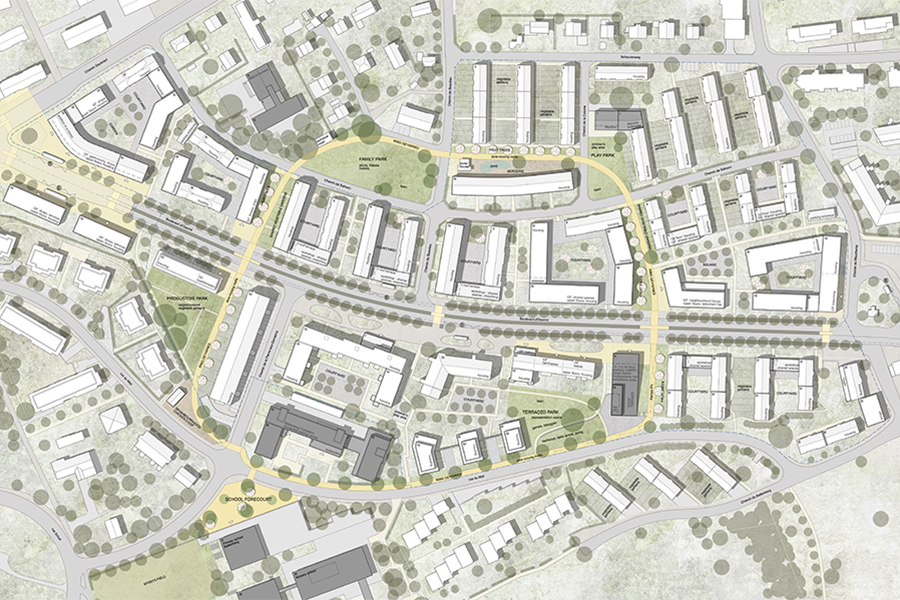 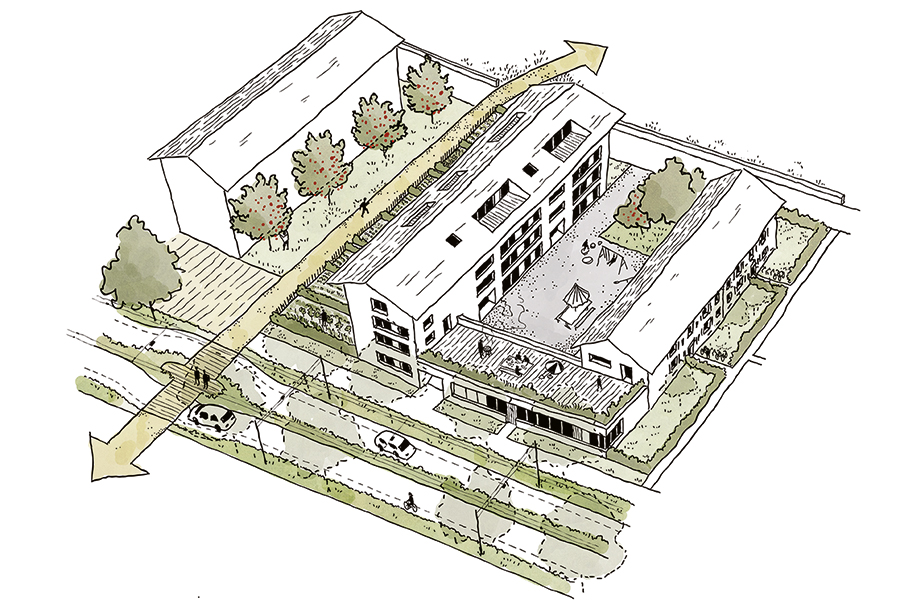 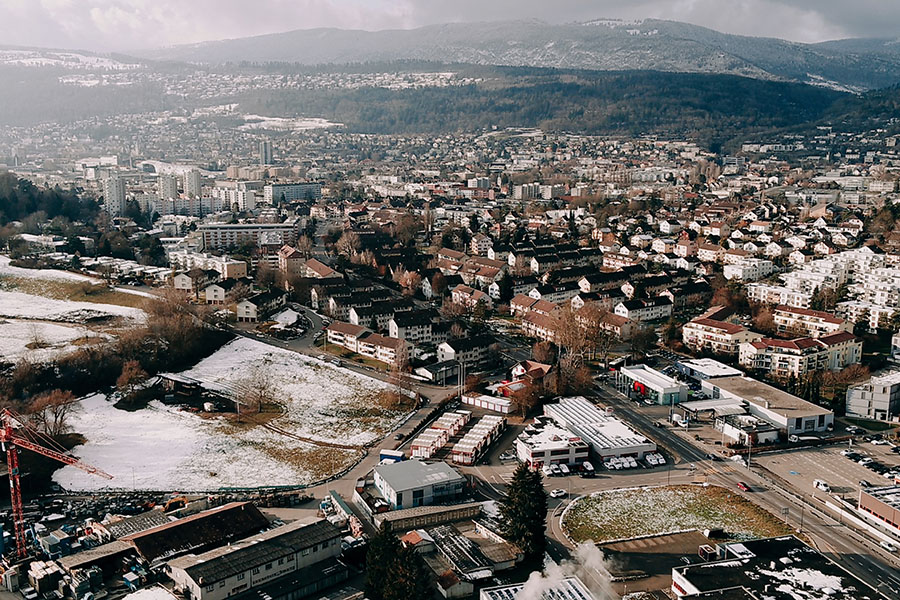 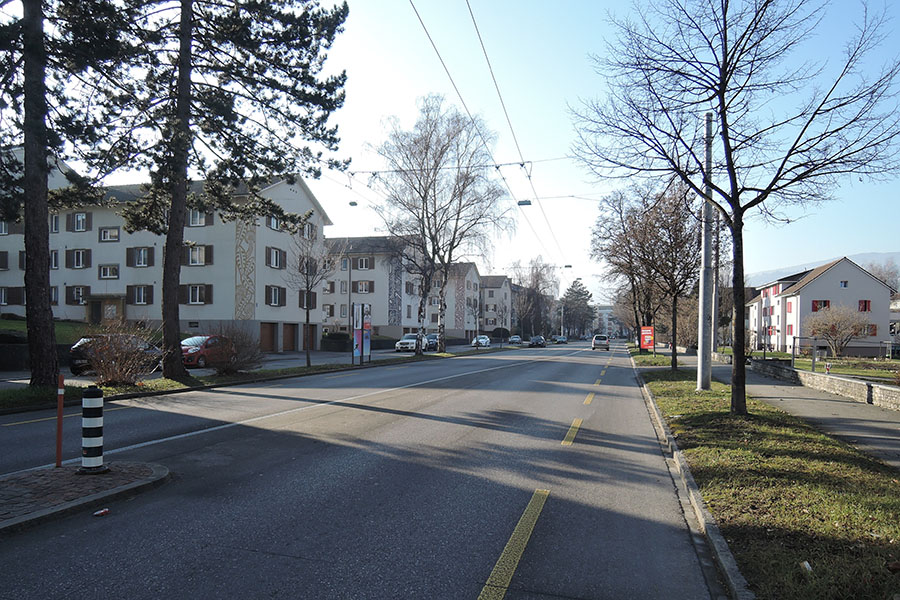 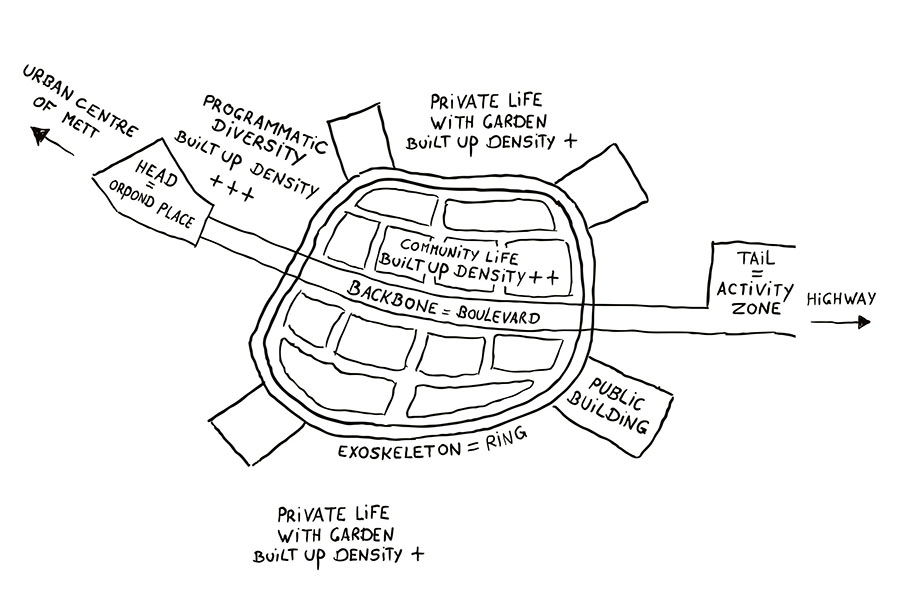 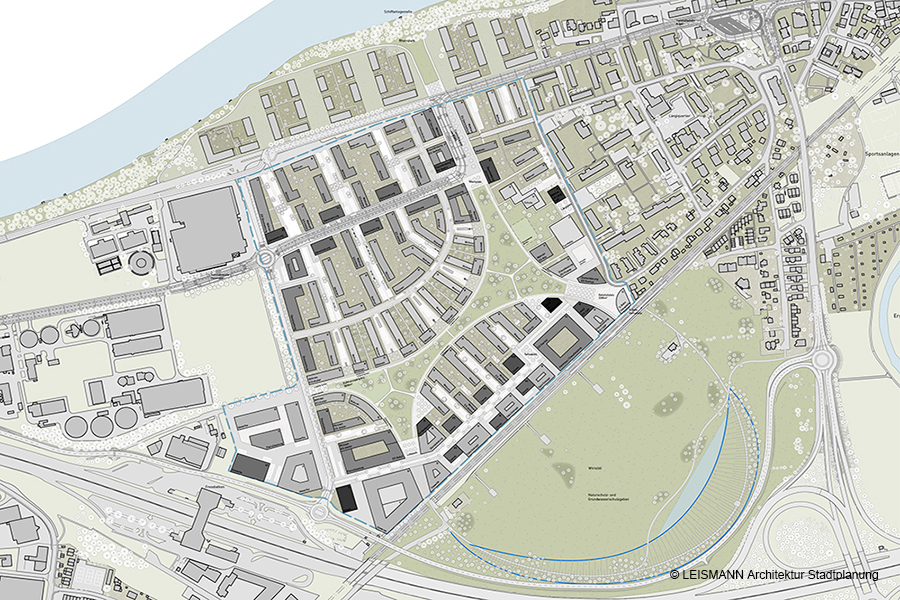 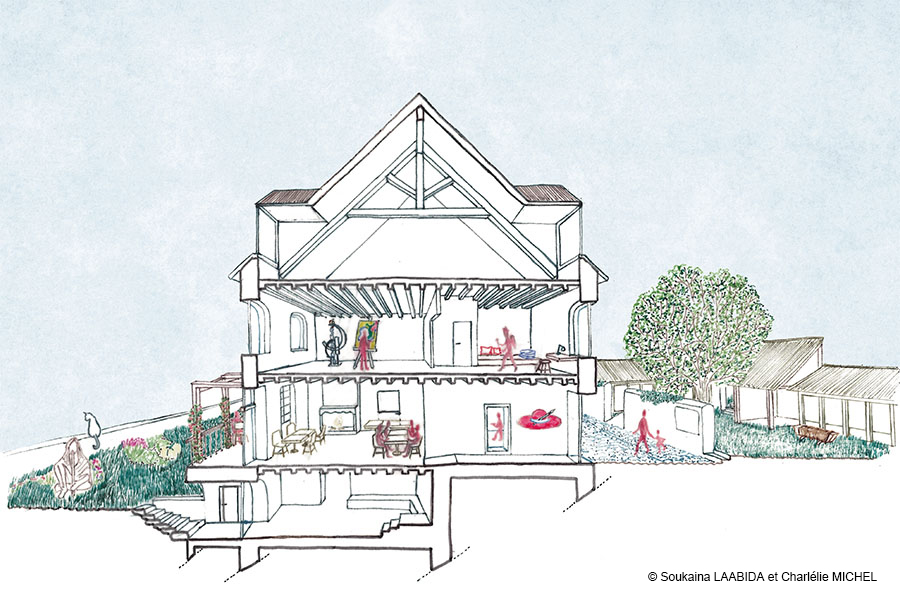 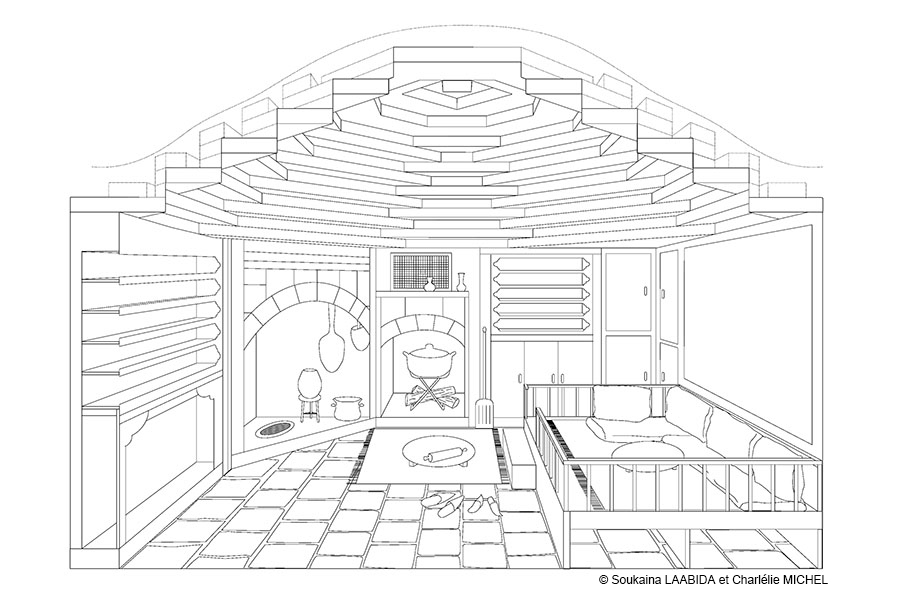