For the fifteenth edition of the competition EUROPAN will publish, first week of September, the catalogue of the winning projects on 47 European sites from the 12 participating countries. 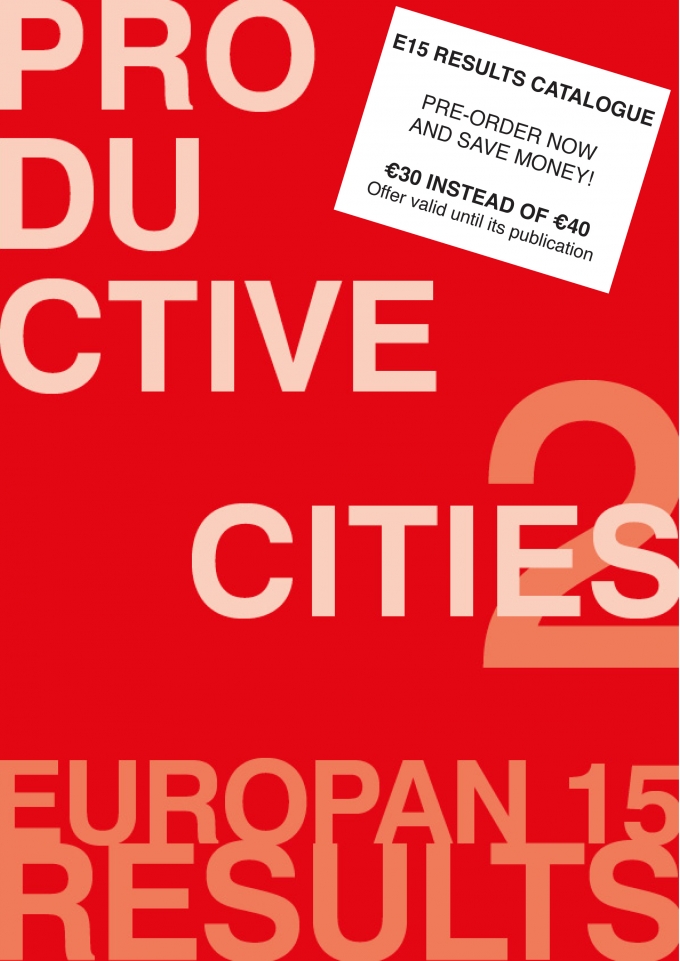 Pre-order the catalogue for €30 instead of €40! Get one now and save money !
Offer valid until its publication

The catalogue constitutes a unique panorama in Europe of young European talented designers working between the urban and architectural scales.

Each of these six chapters will open with a thematic analysis article, offering interpretations around the most symbolic E15 winning projects; the interpretations are based on the main themes of the Productive Cities and present the vision of different European experts.

The competition sites will be presented on one page, on which the site representatives answer three questions around the issue of the Productive Cities and their visions on the theme, giving a better understanding of the local issues.