2009
The evocative power of empty space is the protagonist of this urban landscape. Empty space represents a playful territory in a constant state of becoming, the unmapped, the space of possibility.
The proposal is a map of meanings, a cartography of pauses that the architects seek to implement or accentuate. The resulting urban wilderness is built upon a mosaic of stories, the flow of many individuals identities.
The solution is to build islands floating on a “belt of nature”. A veil of vegetation and wetland creates continuous green connections along the lake and towards the city centre. The clearly defined boundaries express the distinctive relationship to each situation: Lake Front, the power plant side, the small river, the roundabout by the access to Lerum and the railway station.

2010-2019...
The winners are today based in Sweden.
Directly after the competition, they were given the commission to refine their proposal in order to comply to accessability, fire accessability etc. The proposal has after been the base for a program for a building regulations plan that was approved in February 2012.
In 2013, the team has been commisioned by the the municipality and the developers Skanska, Wallenstam and HSB in 2 phases. The first commision, during springtime and summer 2014 was a new project to study the different developing alternatives of the neighboring areas of the project site. This would not only affect the "Europan project site" but the whole "Europan strategic site" which is unbuilt and owned by the municipality. The team worked on a development plan for a 20 ha area of mainly housing (the project site was originally only 8 ha) with several alternatives studying what to do with the Power plant on the site (keep it/ remove it), if a sports area should be placed on the site or not, different solutions for parking… Additionally the team was also asked to test different building densities to see if the project was economically sustainable.
Based on this work the developers made their economical calculations and decided to continue with 2 of the areas that the team studied but where doubling the built area of the Europan project was neccesary.
Currently, the team is working on the detailed plan for these 2 priority areas to be developped. The building start is expected in the course of the year 2019. 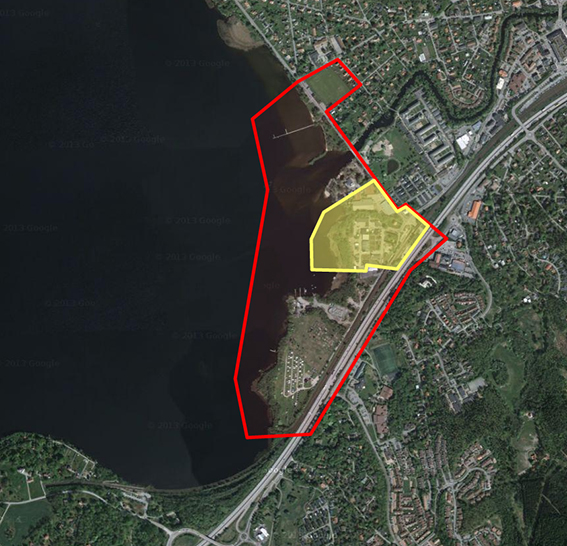 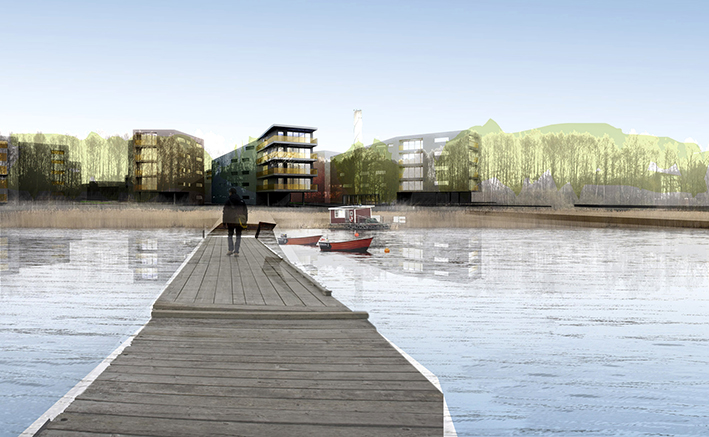 A projected railway bridge running to the lake water, the houses connect together leaving room for meeting spaces, prompting the residents to turn towards the welcoming natural site. 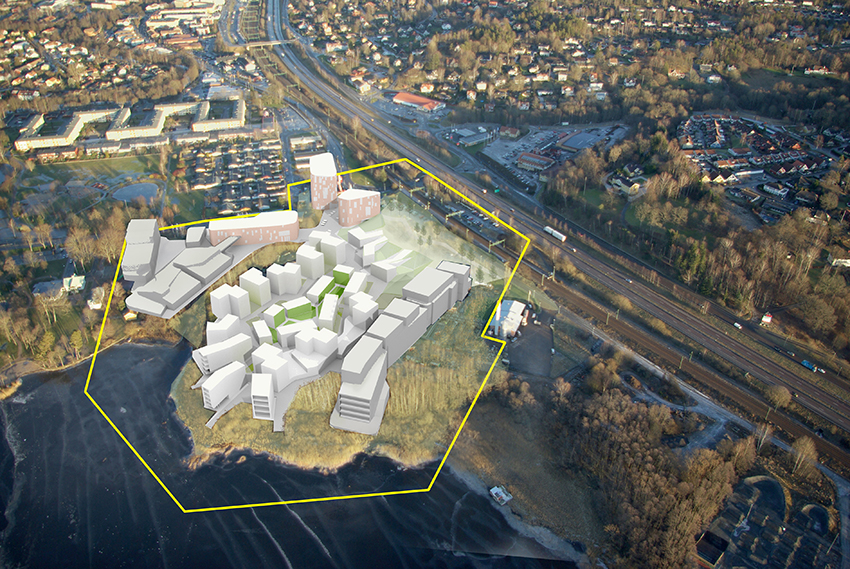 The proposal employs the principle of islands of construction superimposed on a preserved natural environment. The islands and buildings are organised from empty spaces that create a porous network of tracks and natural continuities that connect the railway to the shores of the lake. 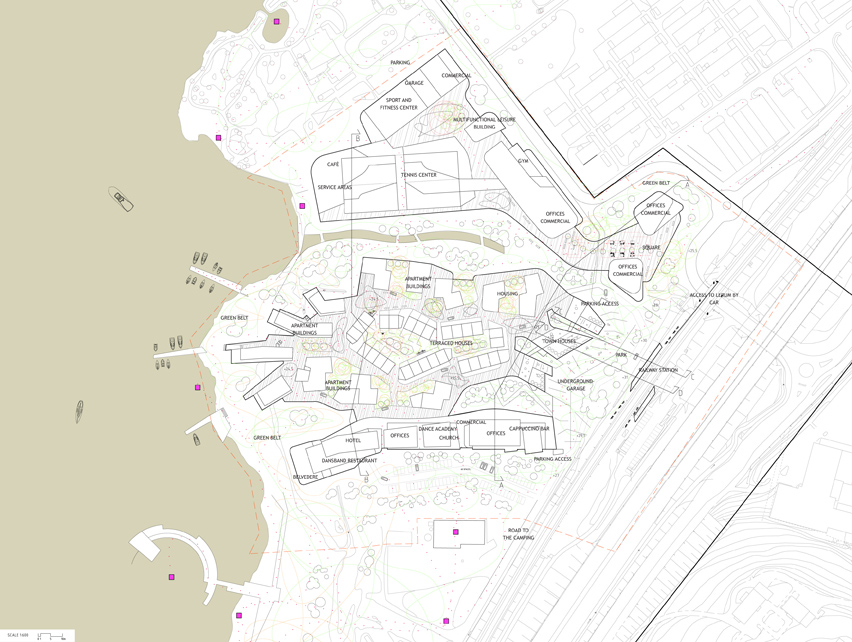 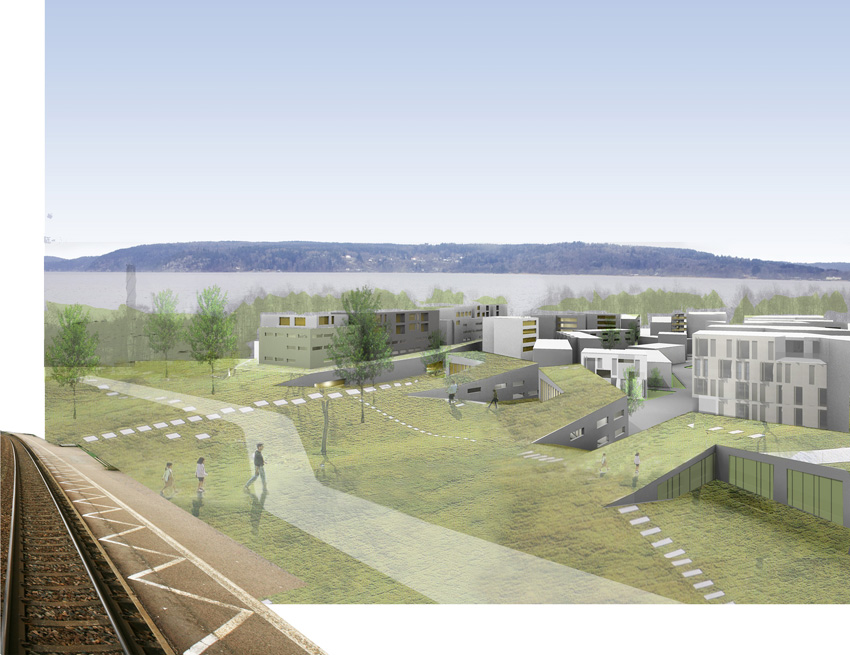 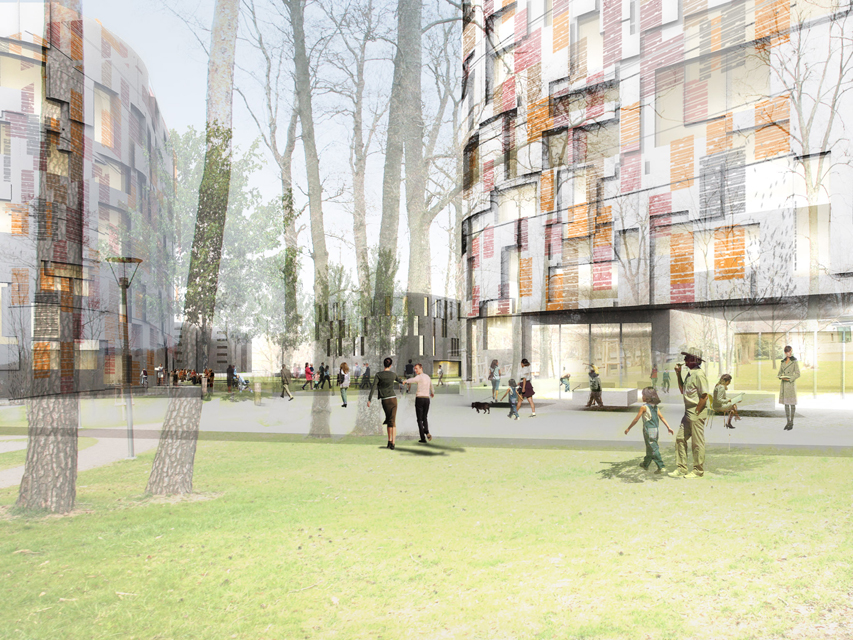 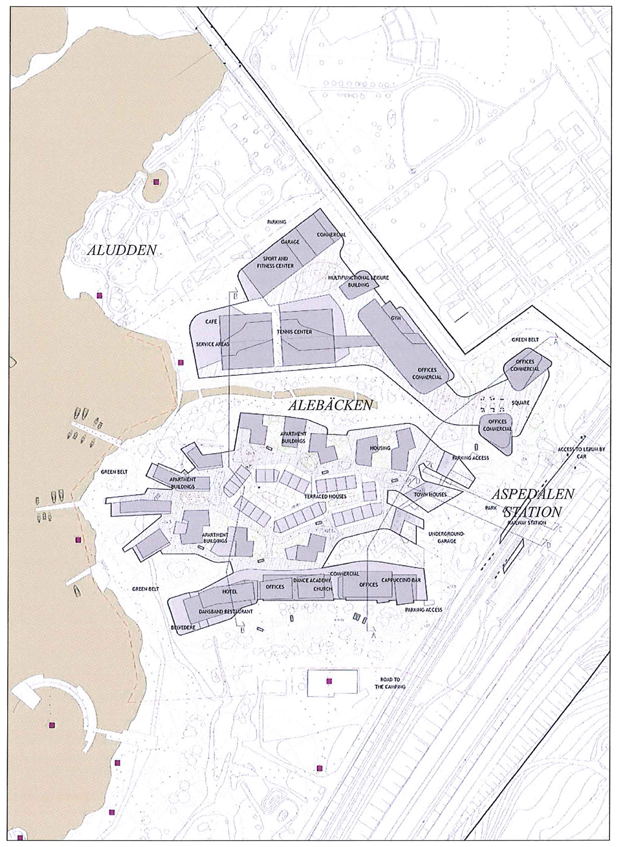 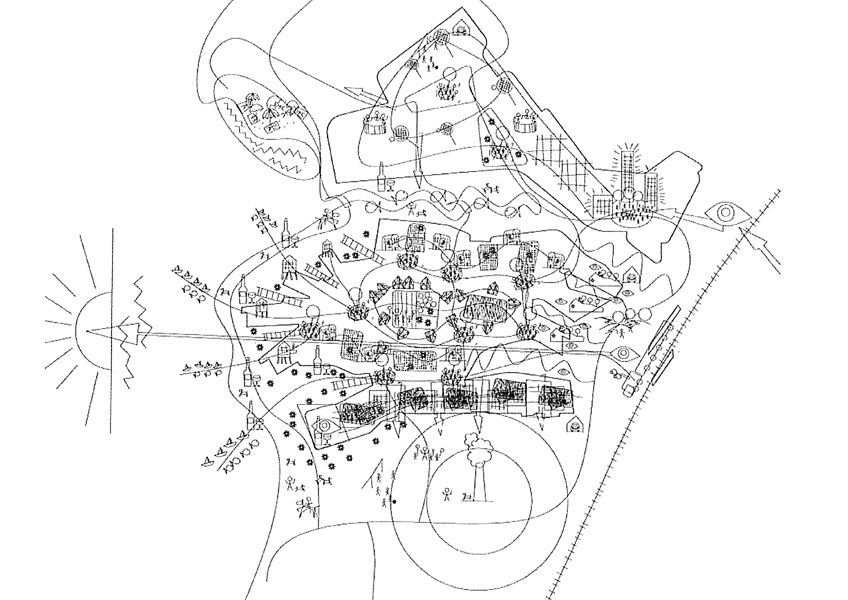 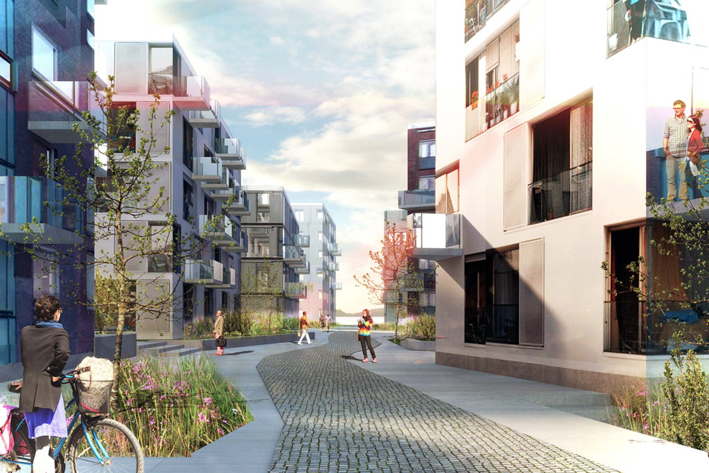 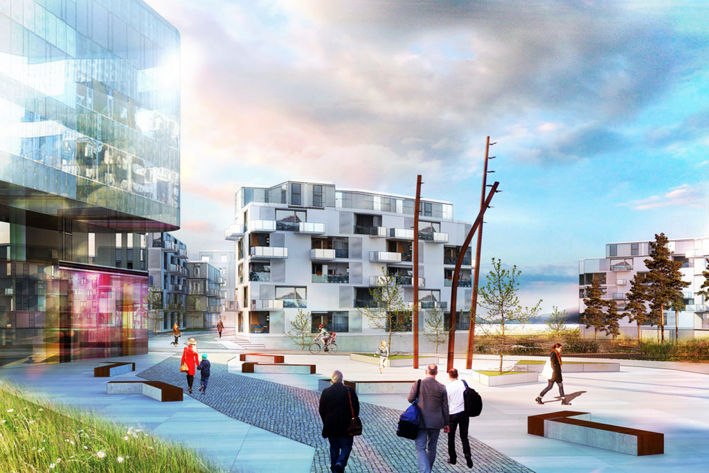 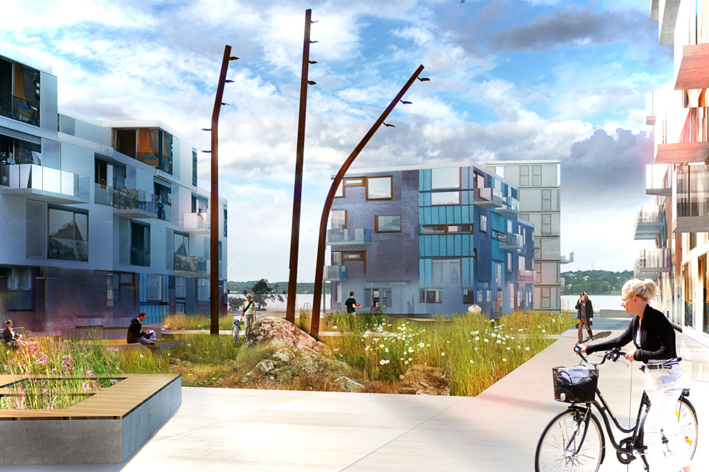