2011
Flotmyr currently has the character of a “non-place” in terms of the use of the area and its effect as a barrier. Conversely, Flotmyr has great potential for redevelopment because of its attractive location between the historic downtown, the residential area and the Stadium. Flotmyr can therefore change from a neglected “non-place” to a place that attracts people.
The project relinks the city in a new way with physical connections and attractive functions, at the same time as harmonising it with its surroundings with a variation of typology and scale.
Flotmyr will be a place where people can live with easy access to green areas, physical and cultural activities and in close proximity to the city centre. For people outside, it will be a place they look forward to visiting as an experience of a lively city. Flotmyr will function as a modern hub where connections are clear and accessibility is high.

2012-
After the competition, the city decided to continue the work with one of the 2 runners-up teams: STWWT. They asked them to develop their ideas in order to be able to make a planning regulation for the competition area. The team works first on a plan program with the municipality to define the big lines for the area and then they have to make a masterplan for the new Flotmyr. They keep the whole layout of the competition with a lower density: The idea is to create new connections with the city, an Activity Band, reaching important nodes in the city: the knowledge area, the pedestrian zone, the city centre and a cultural hub. By reflecting the surroundings they get building blocks onto the site –called small, medium and large– so the new site can be weaved into the surroundings. The building structure forms green courtyards and a main connection –the Activity Band– and one big structure in the middle with the bus terminal are connected to a bridge and a park.
During the work on the masterplan some changes appeared: the bus terminal changes place, the site grows a little, the green neighbourhood has to be reinforced for sustainable reasons as an important recreational element and the “park bridge” has to be reduced and must be part of a more soft structure. This bridge is still in discussion. The team did two proposals for this “park bridge” that should be submitted and approved in the same time than the masterplan, by Spring 2015.
To make sure to have a varied and attractive neighbourhood the team also made out guidelines to be used for the zoning plan: how the building plans should be divided, heights, according to shape and how to program the new area.
The team got a separate contract to work in detail on the design of the Activity Band, the new connection in Haugesund. The new buildings meet the Activity Band, which is a soft structure for pedestrians and bicyclists. They also worked out the design, the materials to use and its programming.
During all these studies, their challenge was how to develop a strong but flexible plan that would last over a long time. They worked on a long-term planning that is flexible to changes in society, economy, climate and politics. 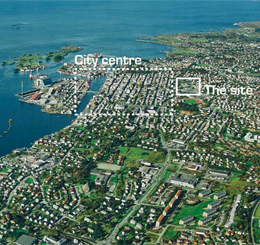 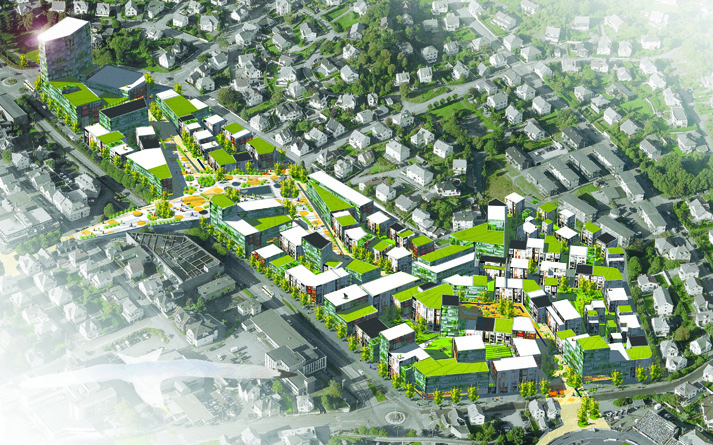 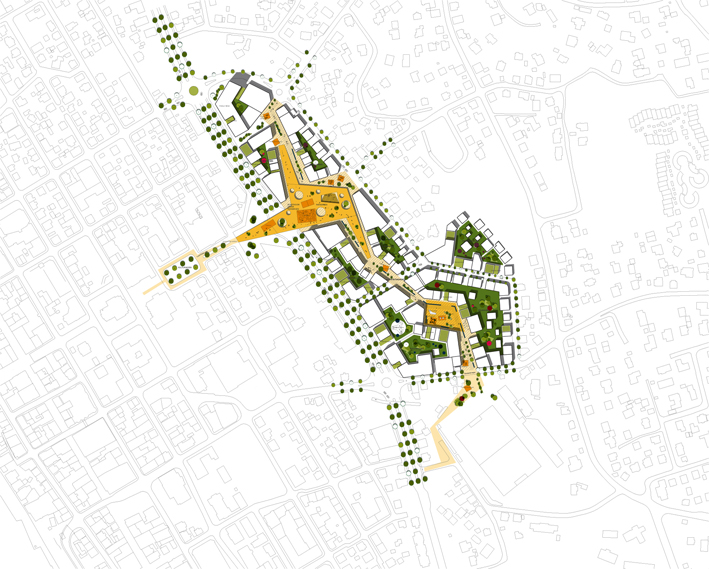 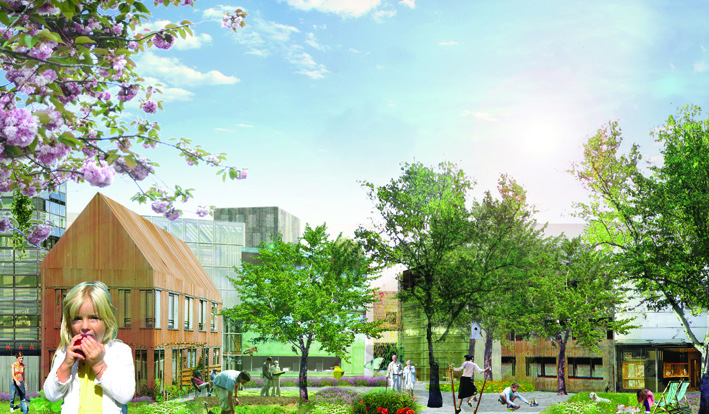 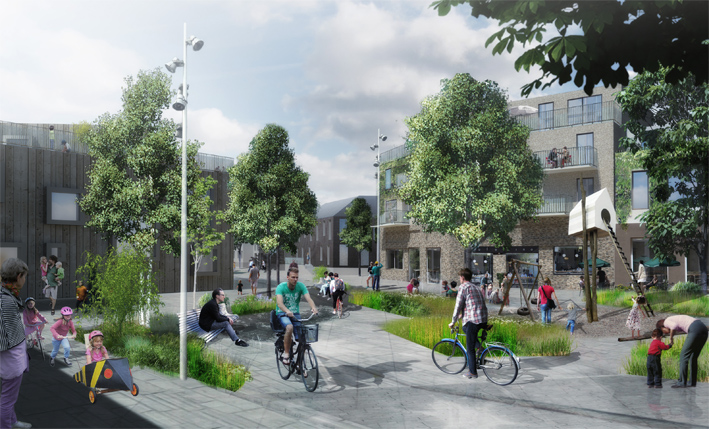 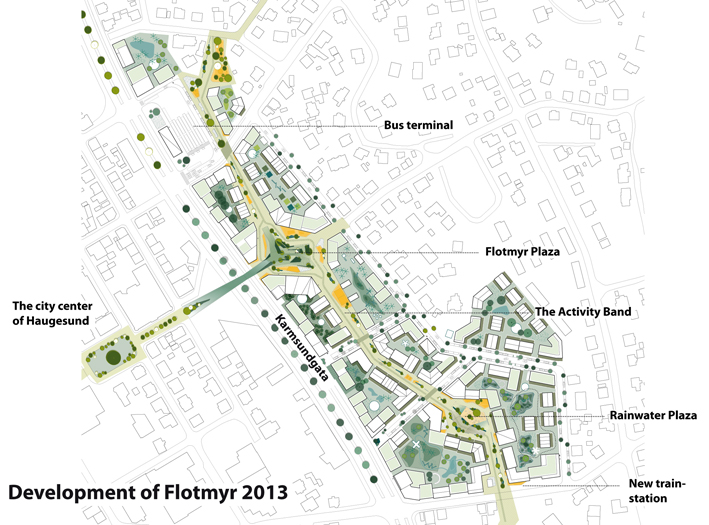 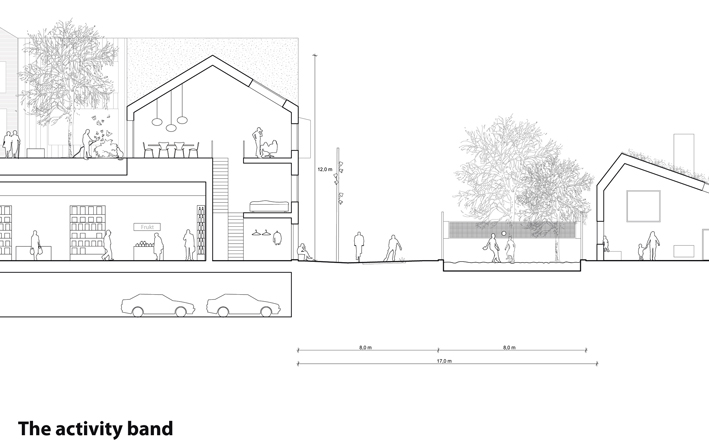 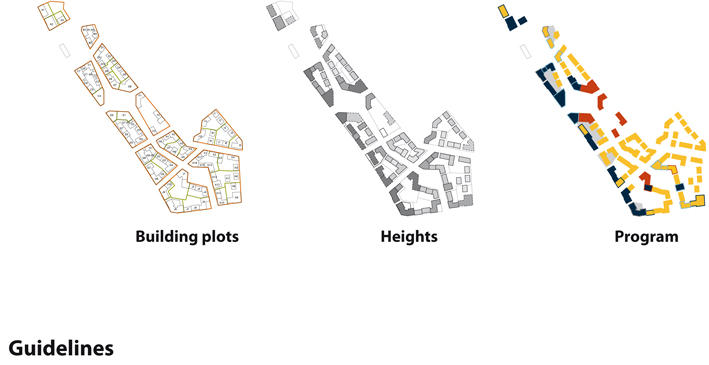 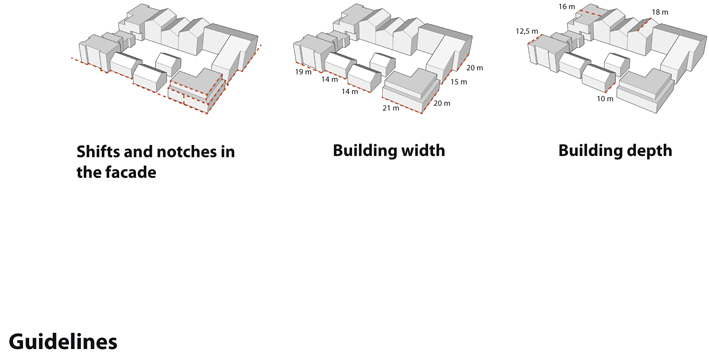