Parkstadt Donauwörth: It has in urban and morphological terms an independent identity. Recharging space identifies these characteristics and proposes to animate them through design.

Parkstadt and typology: Many small unities were found that lay isolated in a green landscape. The street fabric undermines the potential by not connecting and integrating the urban spaces. Recharging space embraces the given street network and proposes a new reading.

Parkstadt and the centre: The parkstadt has what is needed for a city quarter. But the public life is not present at all. Recharging space takes the existing public program and urban structure, makes denser and varies the existing.

Recharging space as an urban strategy:

1) The organisation of the centre should be from both, inside and outside, clear and identifiable.
2) The typical everyday routes used by inhabitants move informally towards the city centre. the current direction will be turned 90°. The direction of movement follows and works with the topography and offers a barrier-free access to the centre.
3) The activity spine will be denser through the recharged open spaces.
4) The existing places and spatial sequences shall be connected to each other. The market place moves towards adjacent city places and forms part of the activity spine itself.
5) The nearby housing within the central area of the parkstadt will be given new order and value through areas of intermediate use. These new fields of use shall later be transformed to embrace new and various typologies of housing.

After the competition, during two years, the team made various studies for the city in relation with a lot of stakeholders around the transformation of the public spaces and the commercial spaces in ground floor. Their intention was to demolish the ageing supermarket and build a new structure, while increasing the spatial density and combining these areas with residential dwellings and a social centre. After a year of silence, the city recontacted the team to carry out the initial designs for the outdoor spaces. The team explored the topography of the site, a slope ground, and proposed to use it as a stage for events and as link for several surrounding buildings (church, school, supermarket) while attempting to restructure the space around the residential tower blocks. Six month later, the city asked the architects for a programme for a creche and a community centre that the evangelical church wanted to build in the neighbourhood.
In 2012, the team once again worked on the outdoor spaces on the basis of the 2010 sketches with the “hill” and the neighbourhood’s central square. They planned a centre and a “backbone” rich in programmatic functions. What is important is that all the inhabitants (from the younger to the older) should be able to access to the centre. At present, they are at the first stage, focusing solely on the central part so that the school and the church should ultimately be better connected to the public spaces.

The community centre building is turned to 90° to the side of the crèche, exploiting the topography of the land to make it accessible to everyone. The crèche is characterised by a yellow floor and is situated on the higher level of the building. All the spaces are widely lighted up. Below, the community centre is characterised by a red floor and offers several spaces as events room and reception completed with an open kitchen that are multifunctional. All the spaces have natural light via an atrium system.
The outdoor spaces are in progress. 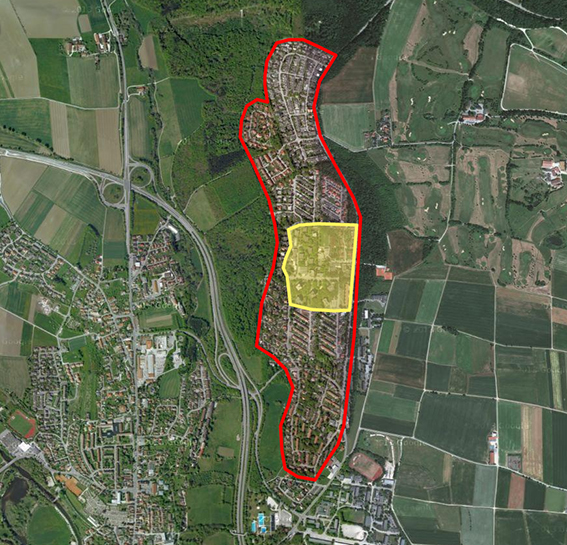 A sequence of open-air activities and cultural programmes run through a linear public space, offering multiple opportunities for sharing.

The topography of the site is used to support a pedestrian pathway, independent of the existing street network, enhancing the porosity of the district. 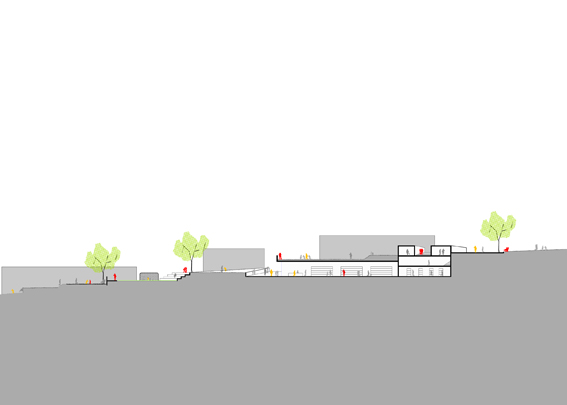 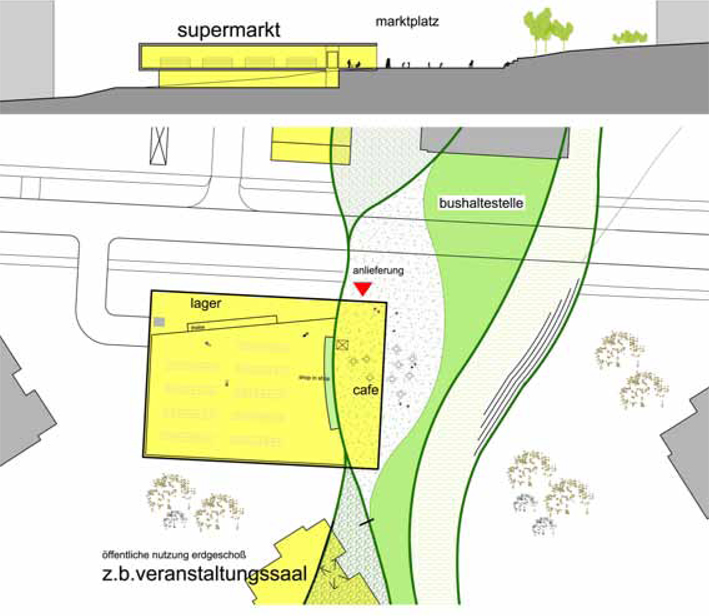 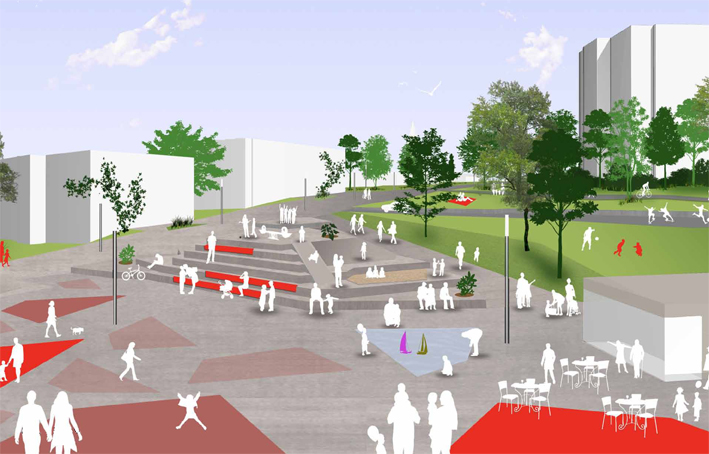 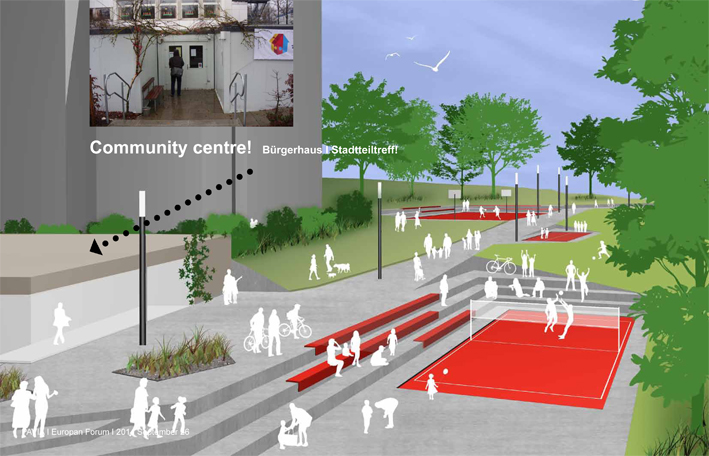 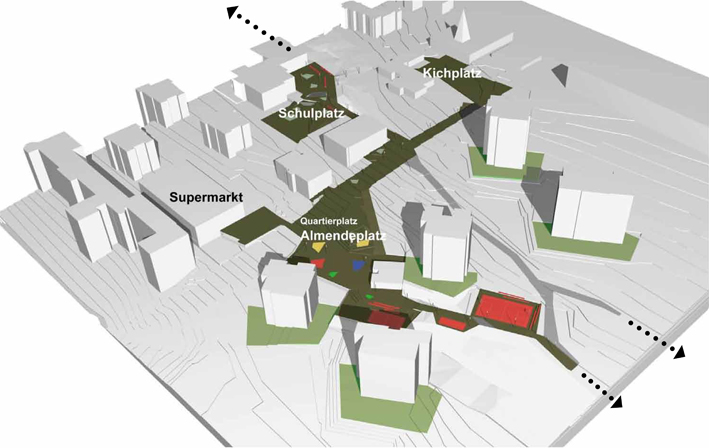 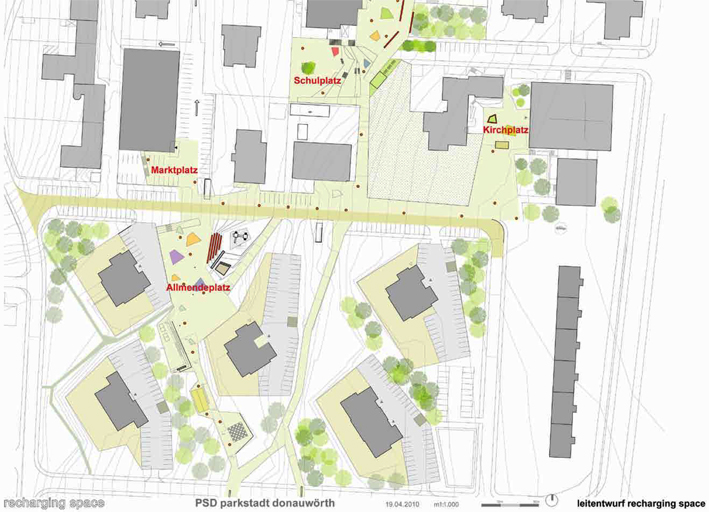 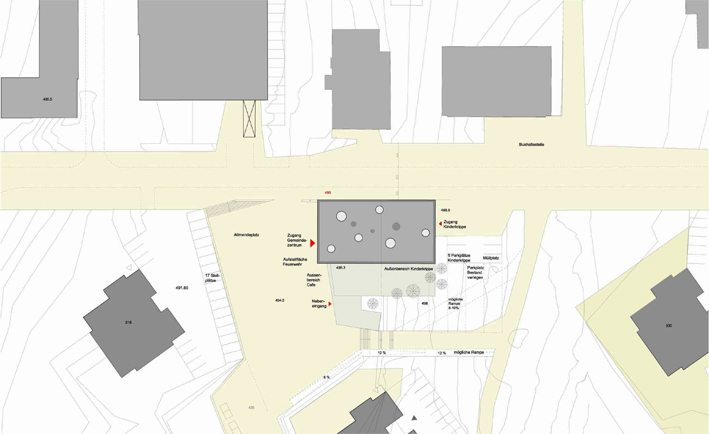 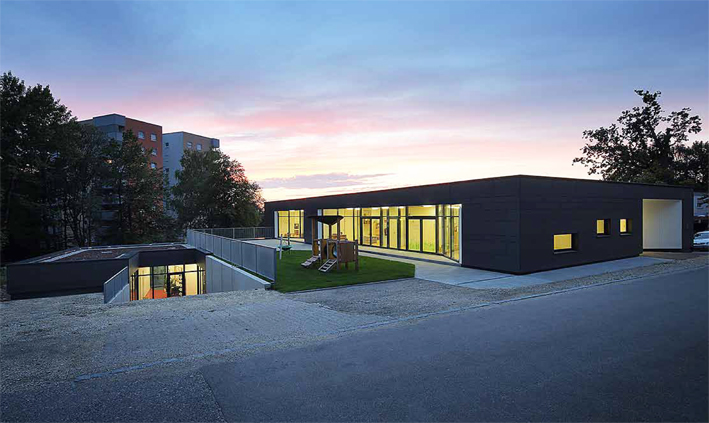 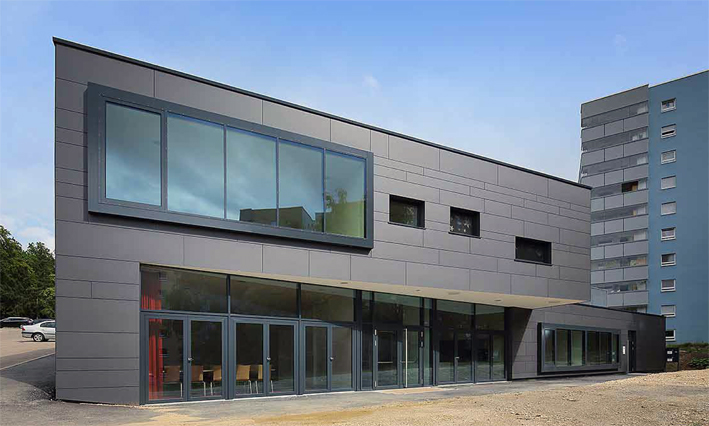 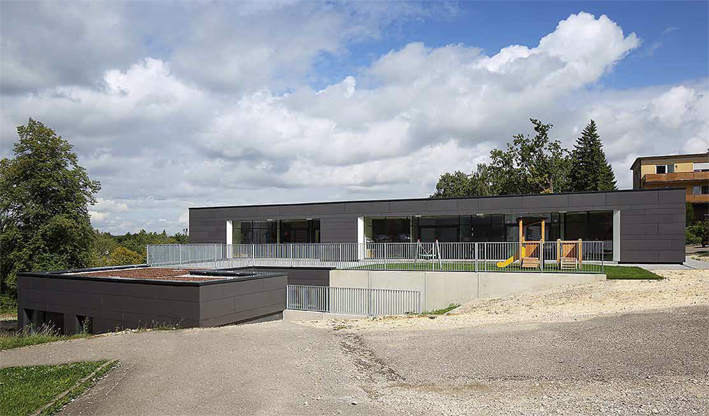 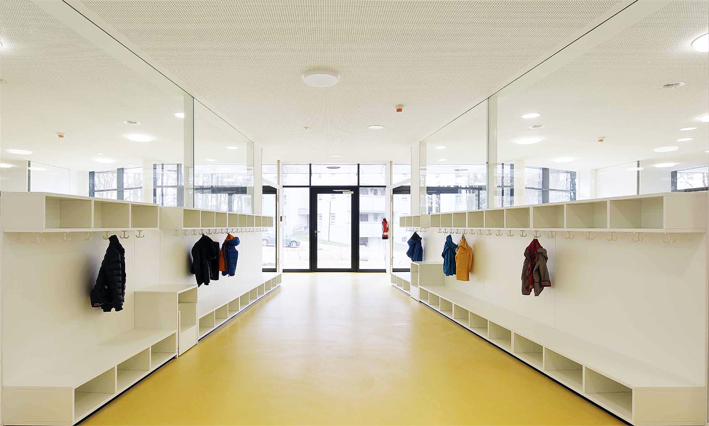 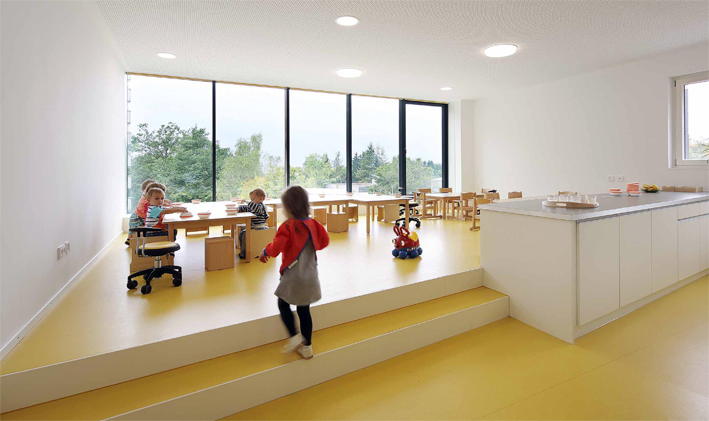 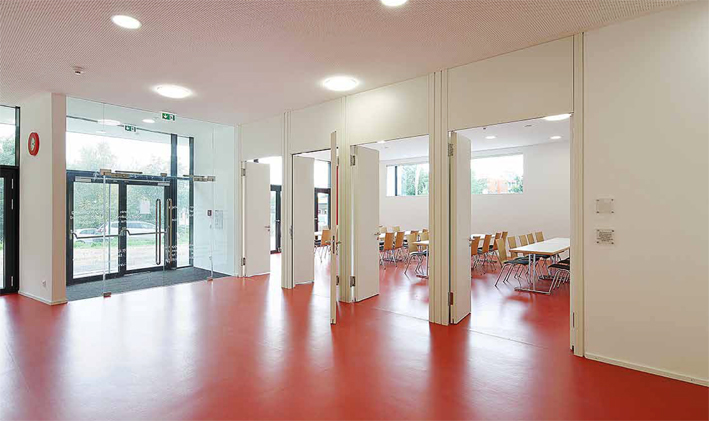 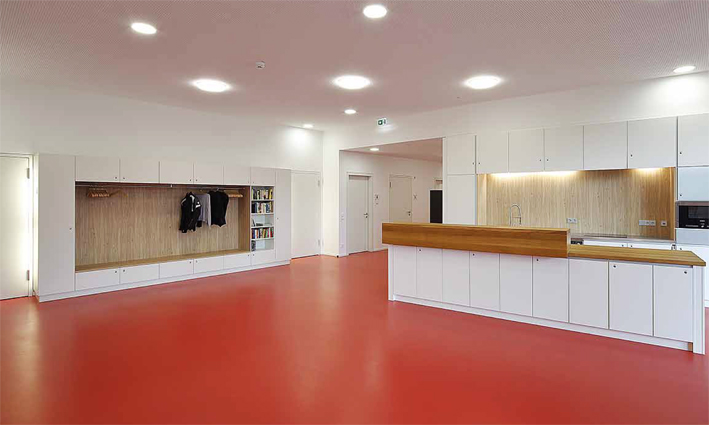 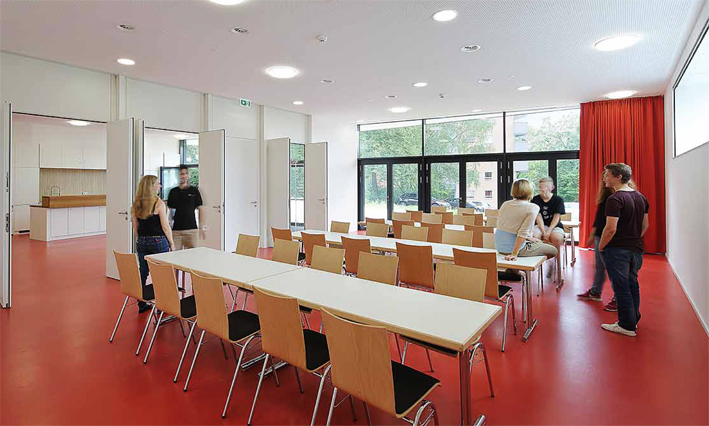