Client(s)
City of Poio
Galician Institute for Housing and Land

The landscape is the portrait left imprinted in the land by their beliefs, the roads, the power lines, the railways, the dams and the harbours should be as much landscape as the farmlands, the cities, villages and all the signs left by the human communities. The questions are how to identify the gestures that create these marks which correspond to the materialization of the convictions of each generation, each community and each culture, and how to develop in order to satisfy the needs of the current generation, without compromising the capacity of future generations to satisfy their own needs.
A set of sensitive places, like Poïo, are the result of uncontrolled development, with no concerns for the future growth. Solving problems like these requires knowledge of the site and its ecological and cultural problems and also knowledge of its potential of natural resources, in a way to educate society, enlighten their mind and prepare the future generations.
The seed of the project tries to respect the area in which it encompasses. The farmlands, for corn production and vineyards, have a large significance in the area, for subsistence and also as a print in the territory. The existing farmlands are maintained and new ones are proposed as “urban farms”.
The current system of farms corresponds to single-family buildings close to a large plot of land, while the new plots correspond to multi-family self-sustainable buildings, and are integrated in the new concept of public spaces. Urban agriculture plays a significant role in the general “greening” of the city, helping to improve the microclimate, and have also an important part in maintaining local biodiversity.

Following the competition, the city of Poio asked the team to develop a new urban concept based on their project to change to previous one approved in the municipal master plan.
To start, the team re-adapted the site boundaries so that links and porosity can be created with the surroundings. The programme was adapted to the local authorities ambitions and the number of dwellings thus was increased while service activities decreased. The area reserved for a public building was kept as well as the areas for open and green spaces. The relation between private and public spaces, the density/concentration of the built area was kept to free the ground to the open spaces prposed to the competition. Thus the project provides a contact area with the car which then dissolves and turns into a neighborhood where there are no cars and where people can move by foot and have a permeable relationship with the environment and rural complexity of the site. The use of urban farms/kitchen gardens was also kept by the municipality as a new way of managing the green spaces in peri-urban areas. Kitchen gardens are reserved for rental (for local residents), managed by the municipality.
This question was largely discussed because in case the plots didn’t function as cultivated lands, the municipality wanted flexibility to be able to change their use. As a result, the urban design defined cultivated land as the principal use for the green areas, allowing other uses in case the first didn’t fit for any reason.
The municipal master plan was approved in June 2014.
The second step, in progress, is the detailed urban project for the area. 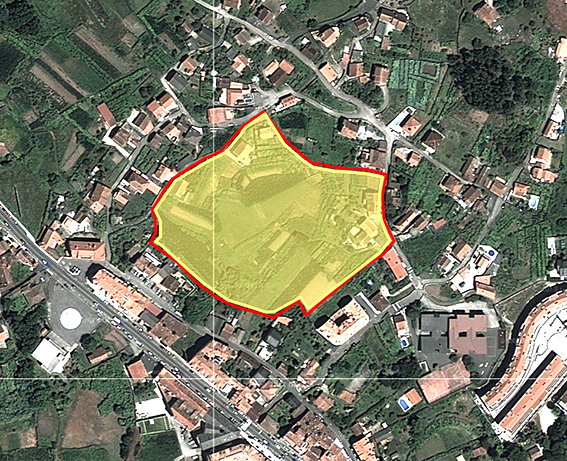 By means of alternation between cultivated fields and buildings, the project creates the conditions for social interaction around farming activity. 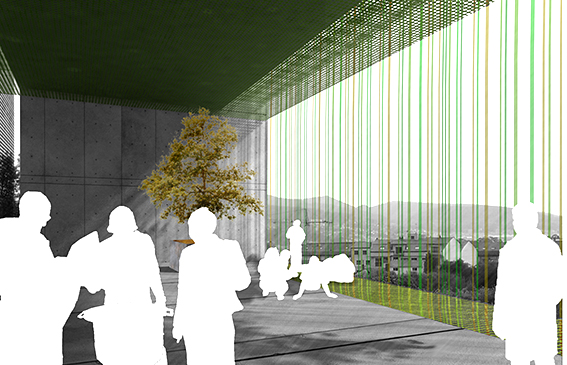 Intervening in an urban fragment generated by uncontrolled development, the project proposes a new kind of hybridisation between nature and culture, which incorporates urban agriculture into innovative and sociable “urban farms”. 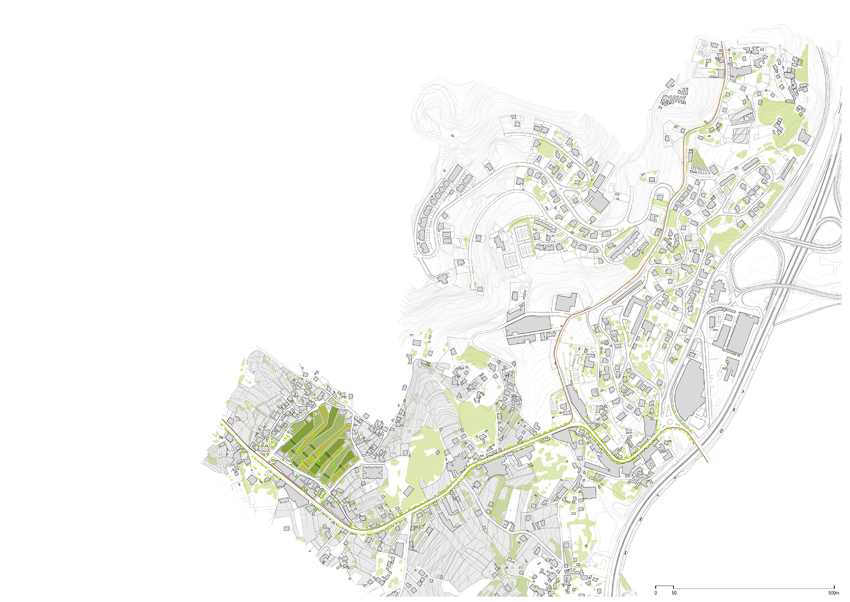 The boundary between the town and its agricultural enclaves is remodelled through a web of pedestrian paths which both reconnect the built elements and define the new plot divisions for urban agriculture. 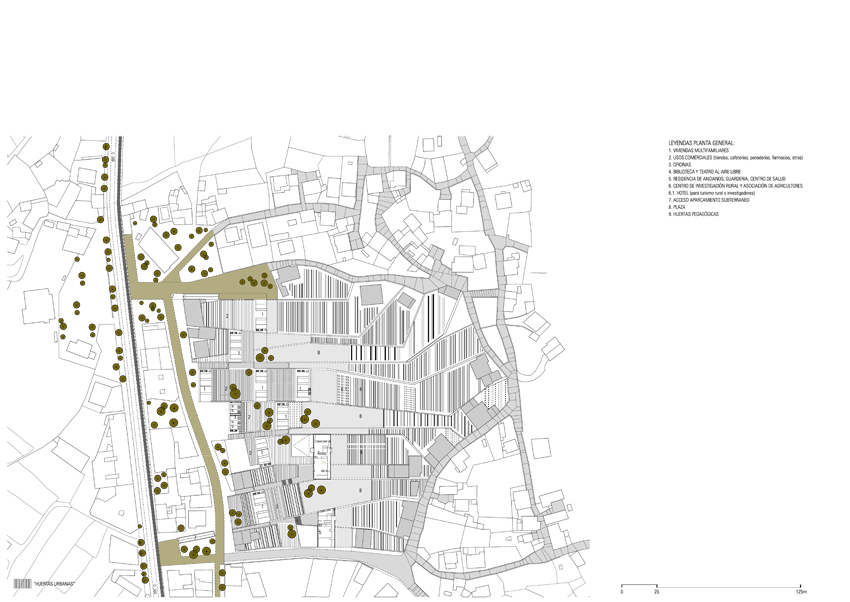 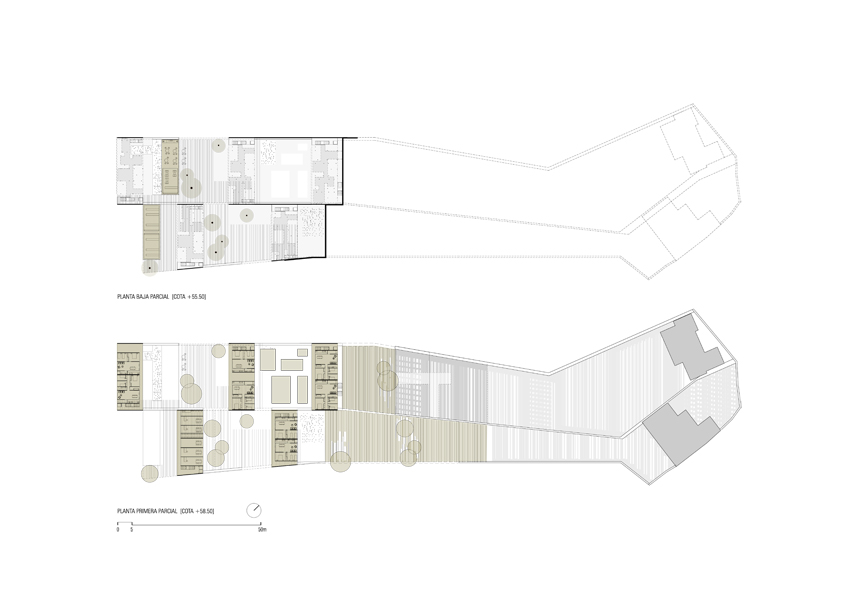 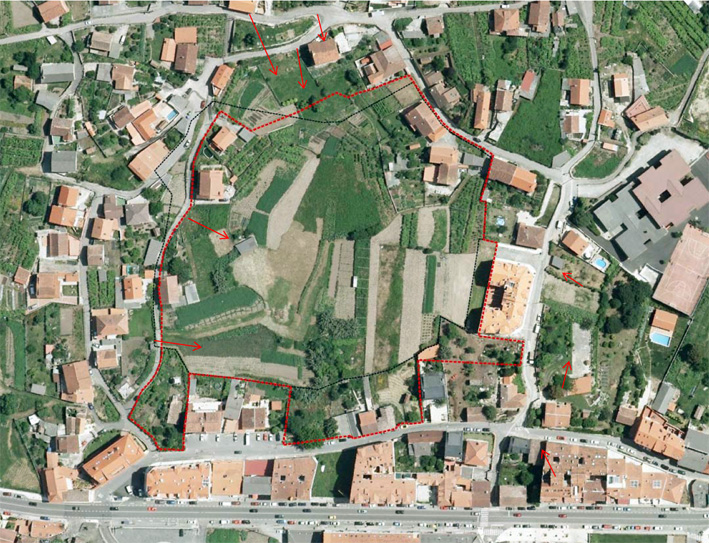 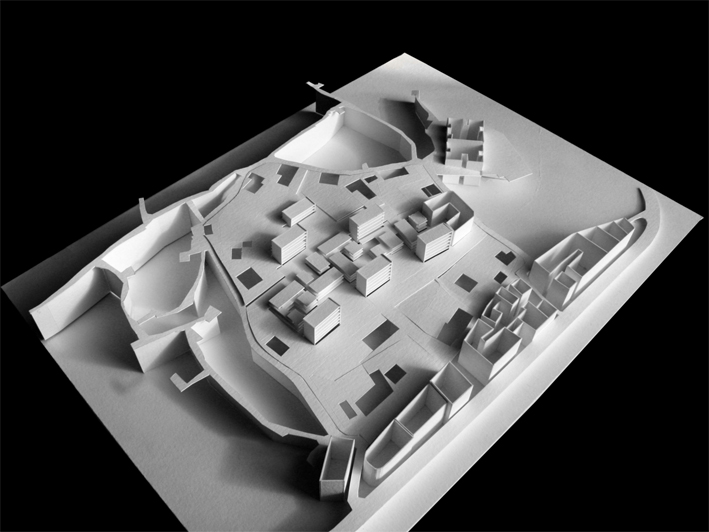 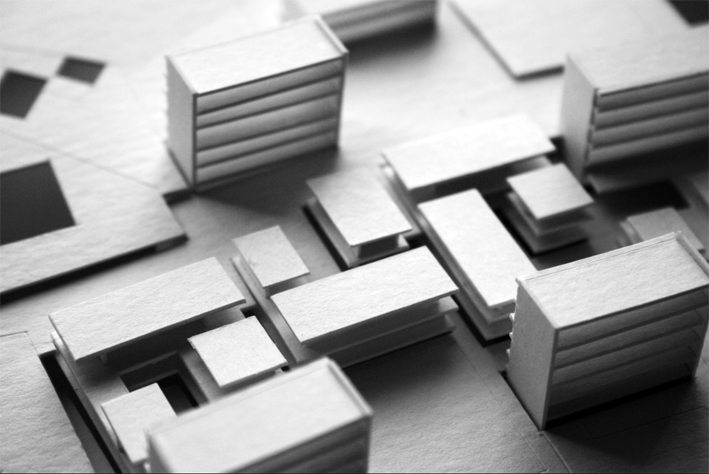 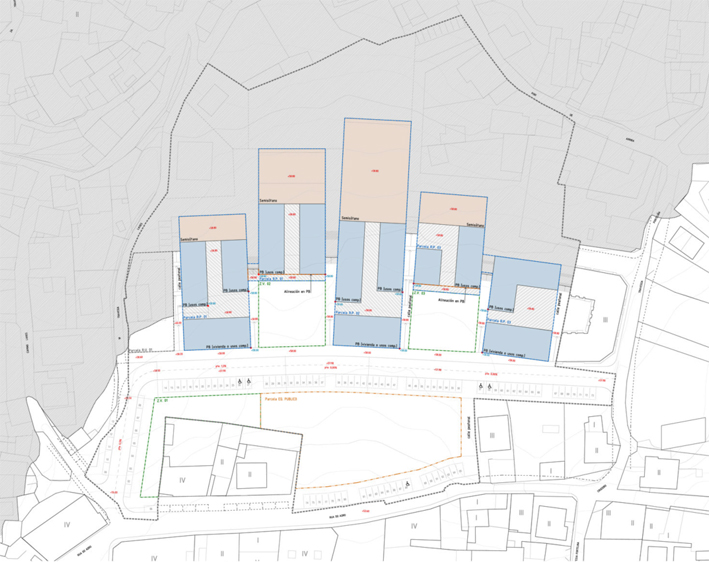 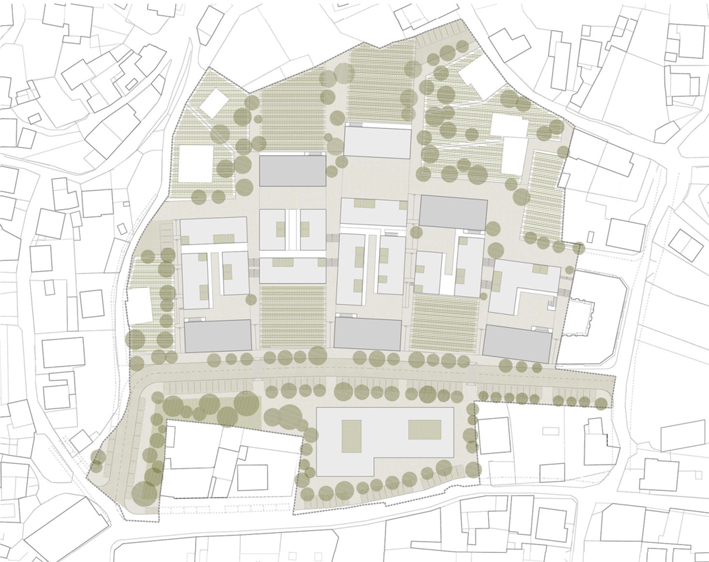