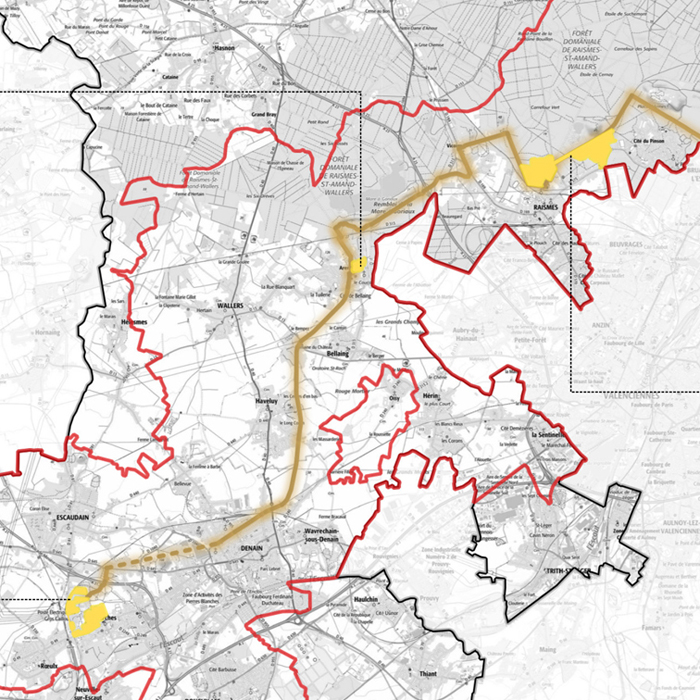 Commission after competition urban studies in collaboration with the Cities and the Communauté d’Agglomération, architectural contracts

The reflection site includes 14 mining communities of the former mining basin of Nord-Pas de Calais in the heart of the Communauté d'Agglomération La Porte du Hainaut, west of Valenciennes.
This territory alternates urbanized spaces scattered in a rural and natural landscape marked by two centuries of coal mining.
In 2012, the Nord Pas de Calais Mining Basin was recognized and listed by UNESCO as a "living, evolving cultural landscape", a testimony to the way in which man has shaped his environment by exploiting an underground natural resource since the beginning of the 18th century: coal.
Despite significant socio-economic and environmental damage, this densely inhabited area has also managed to preserve the assets of its renewal: its memory, the bonds of solidarity typical of mining culture, as well as its built heritage, its landscape assets and its environmental capital (forest, wetlands, hydrography).
In line with the policy of urban renewal in the mining industry, which is reflected in the renovation of mining housing and the requalification of public spaces, since 2016 the Agglomeration has been engaged in a participative and shared approach to reclaim the territory, supported by programs to revitalize the economy and promote social cohesion.

The four project sites are located along a potentially structuring itinerary. The sites have different urban and landscape characteristics and offer several opportunities for transformation: two of them require reflection on "alternative" types of housing to current real estate products, while the other two involve the innovative design of public spaces and facilities. These sites have the advantage of being mutable in the short term, since they have already been the subject of reflection on the opportunities for their evolution and are either publicly owned or in the process of being acquired.

The living city is represented here by the "mining vine". This is a concept, an image-guide forged by the Mission Bassin Minier to rethink and recompose this territory on the basis of its historical, urban and landscape realities, in order to revive its attractiveness and bring a better life to its inhabitants. Potentially made up of places (mining towns, headframes, former mining buildings, natural sites) and links (former mining cavaliers or railroads, a forest roads), this "vine" could complete, on a local/intermediate scale, the framework of the major territorial infrastructures (hydrographic, rail, road systems) and would be designed to improve the structuring, use and image of a network of urban centralities, residential districts, public spaces, facilities, etc., at the benefit of its inhabitants.
The organic image of the mining vine, which guides the evolution of the structuring of the territory of the mining basin at different scales, allows us to rethink mining towns and new districts as clusters, nature areas, slag heaps and old mining wastelands requalified as leaves, mining cavaliers or railroads, forest driveway and canals as branches, etc.
With its natural and cultural landscapes, the (post)mining territory offers the potential to develop complex ecosystems, bringing together the human and the non-human. Europan projects will be an opportunity to regenerate and better manage territorial resources (soil, forest, water, built and cultural heritage, etc.), as well as to reconnect places, encourage sociability, and foster the health and well-being of inhabitants.

Revitalization
Transforming from the Infrastructures


On these sites, the impetus for the transformation comes from the territory and from the use of all the resources (natural, ecological, infrastructural) to regenerate them.
Here, the starter for a change is the evolution of the networks integrating a new logic of mobility. 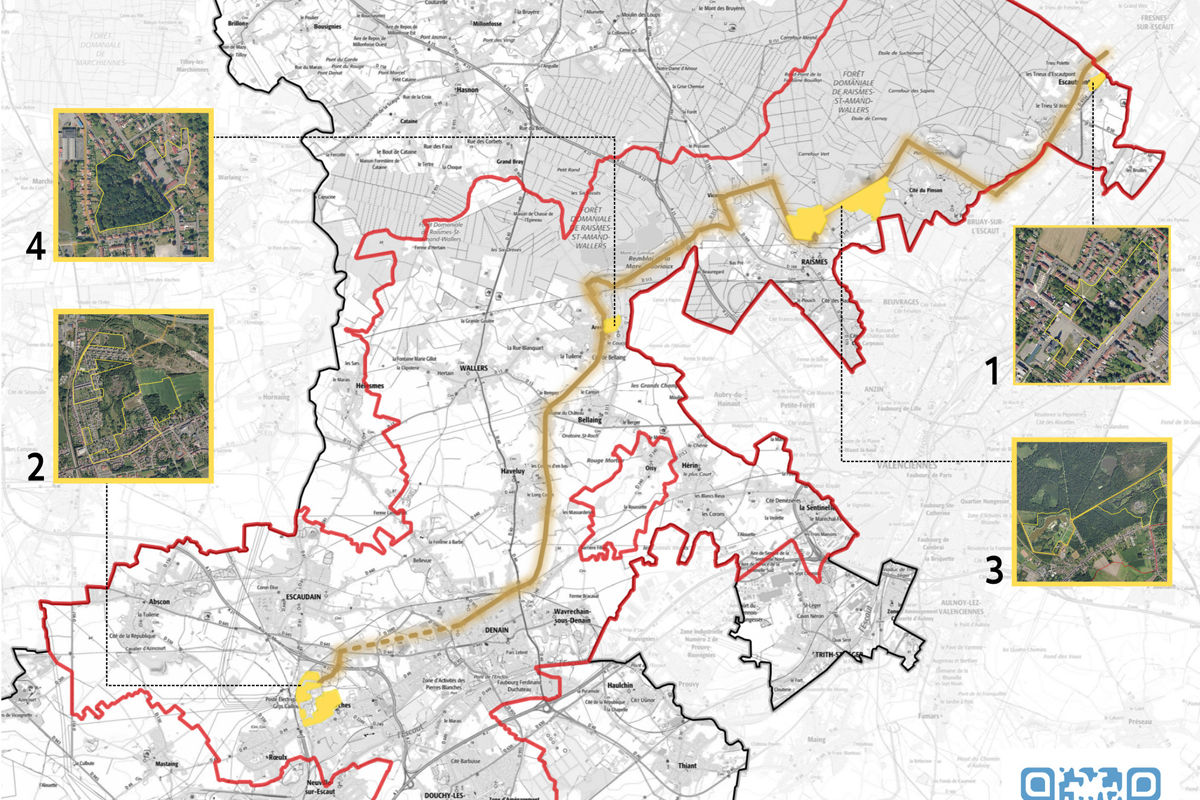 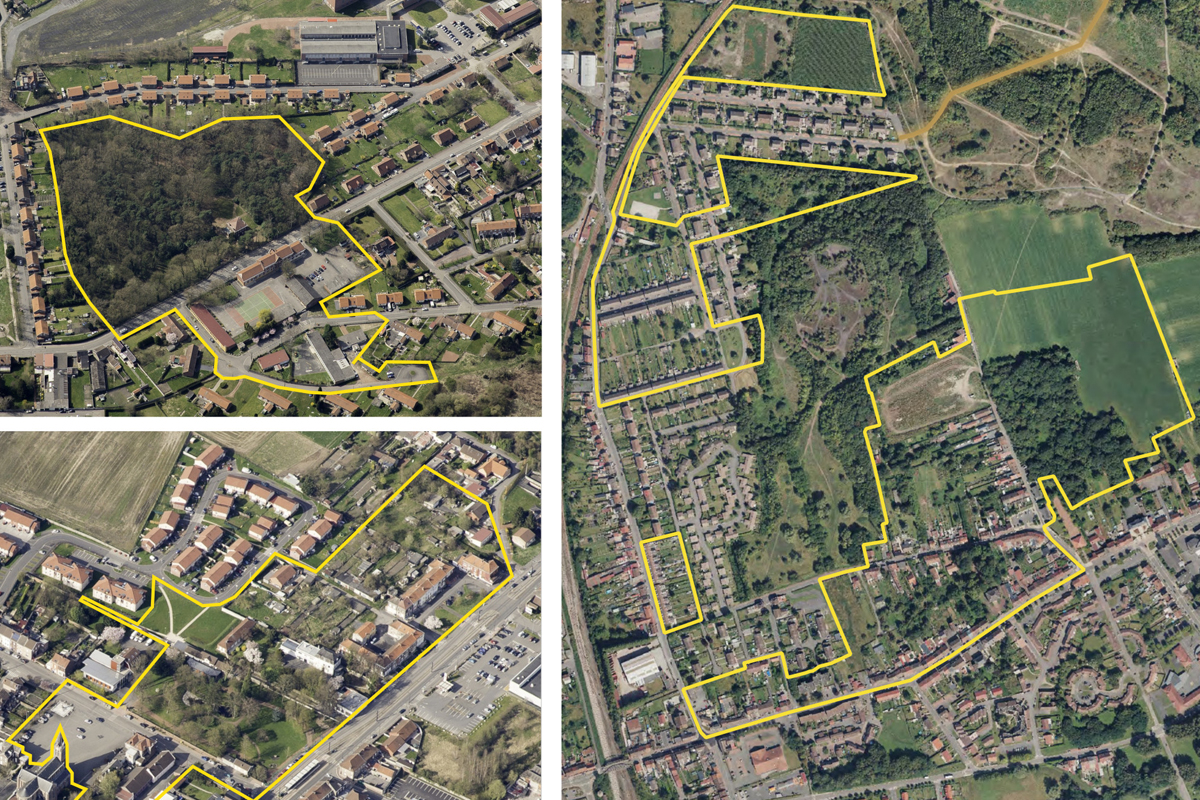 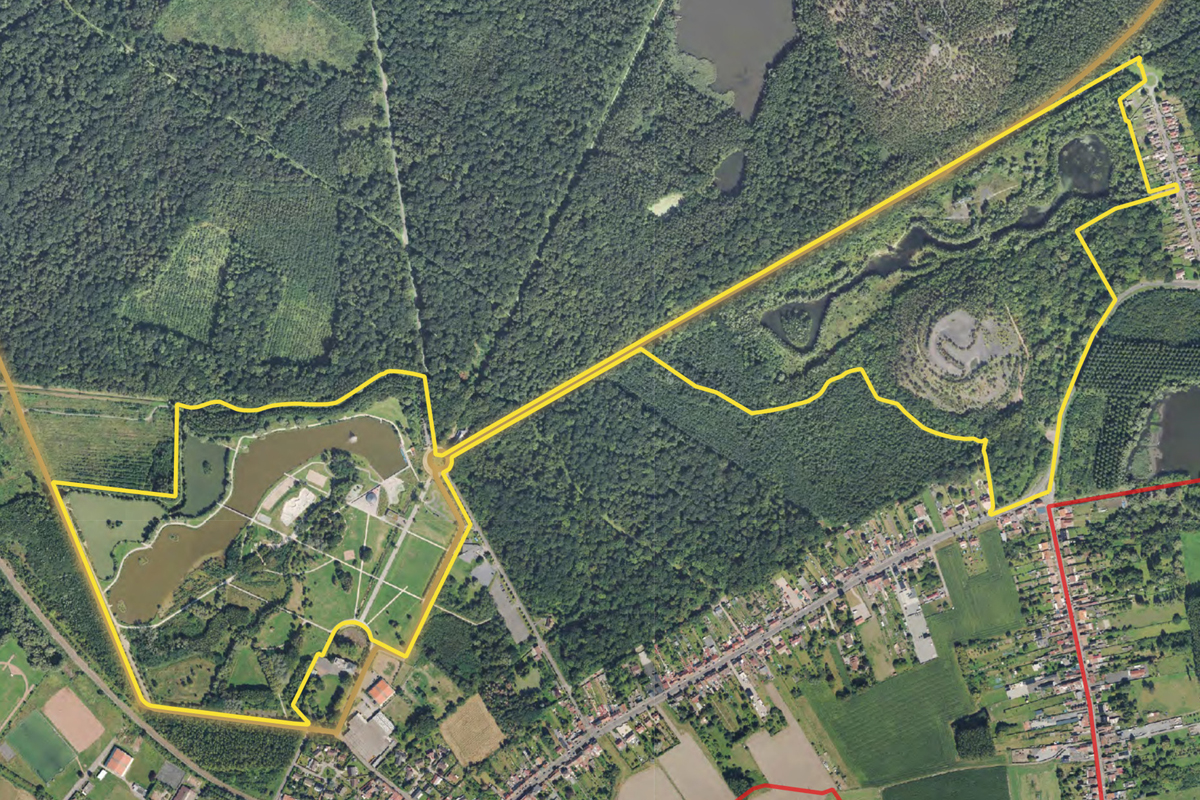 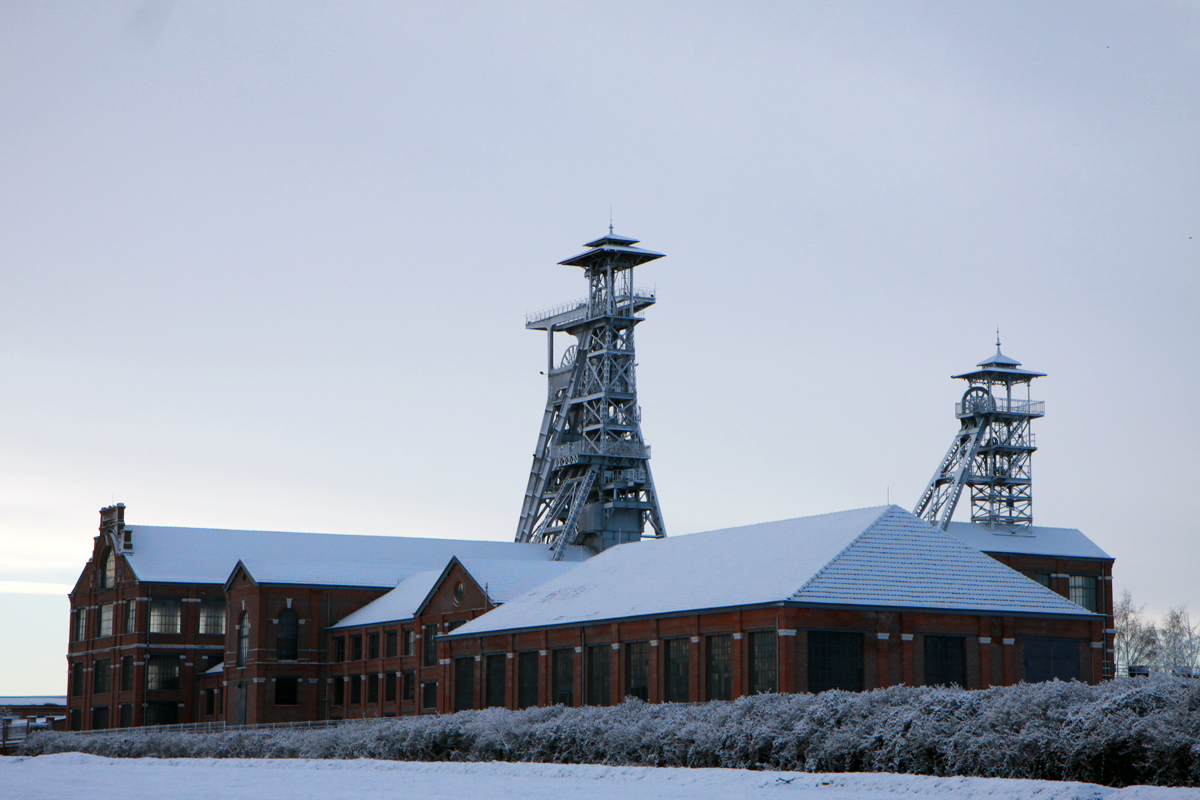 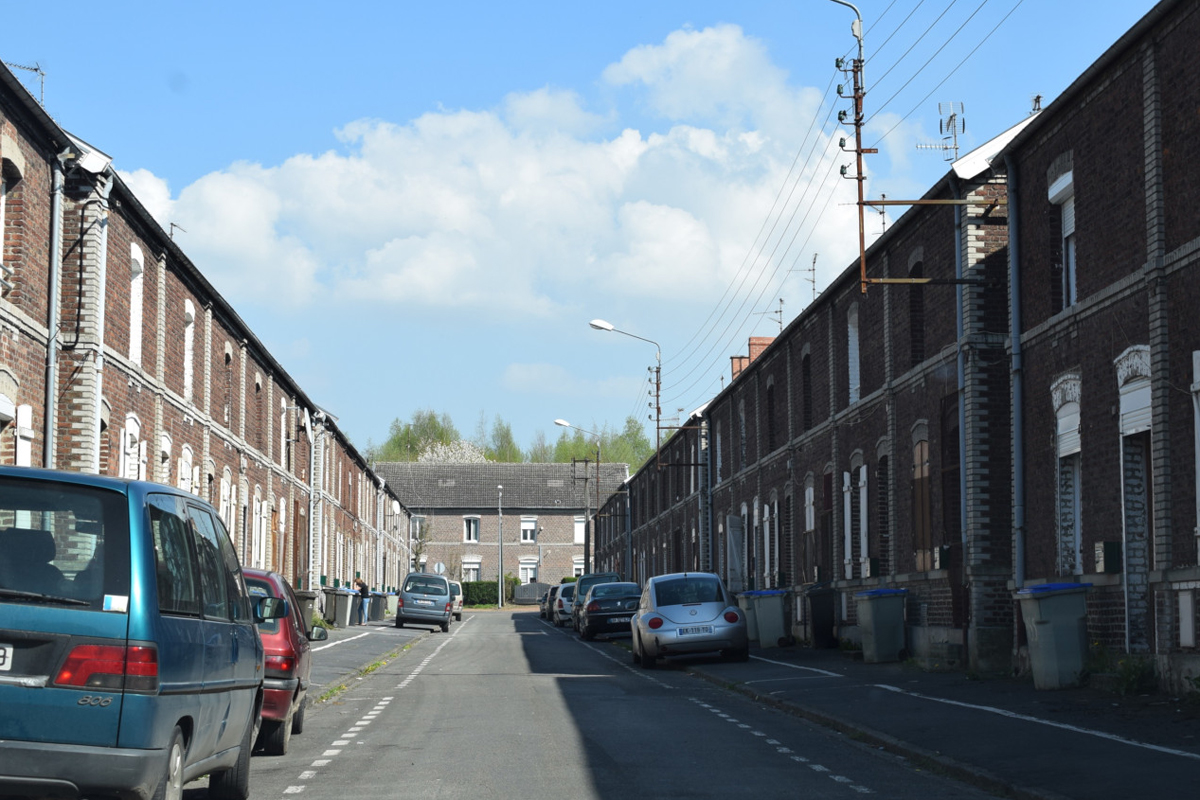 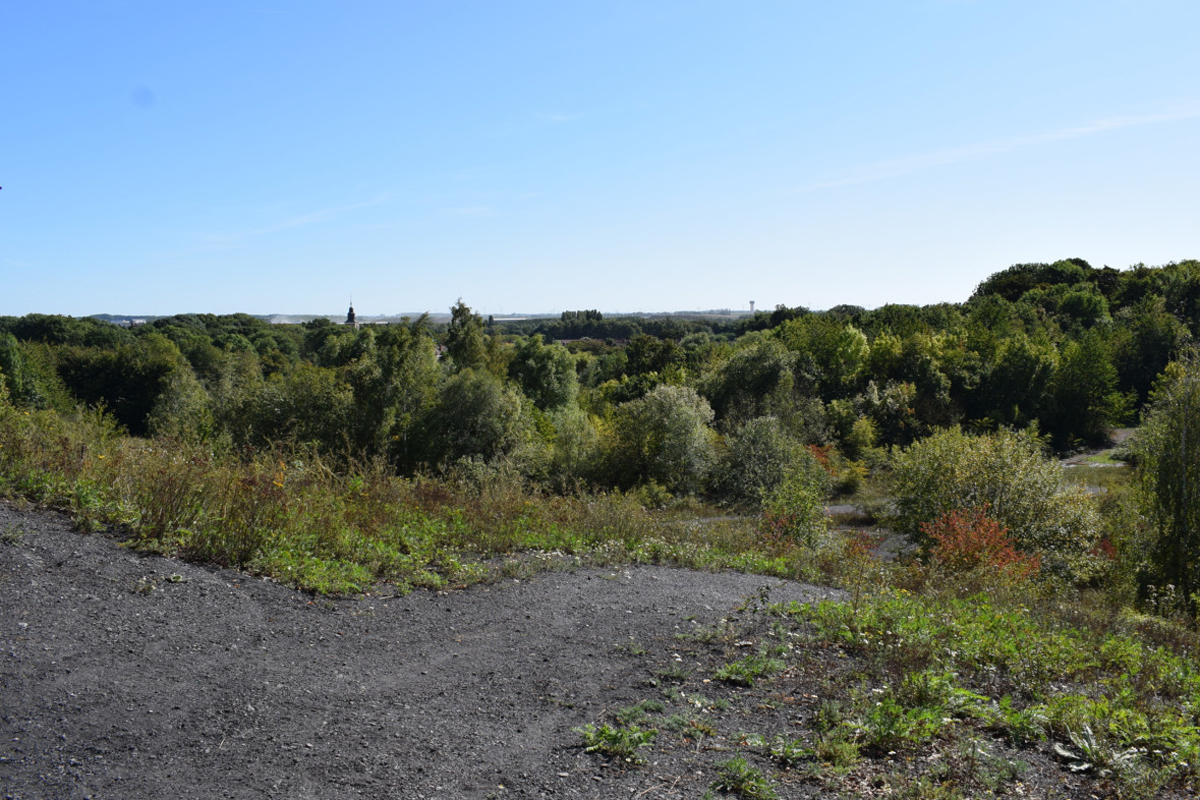 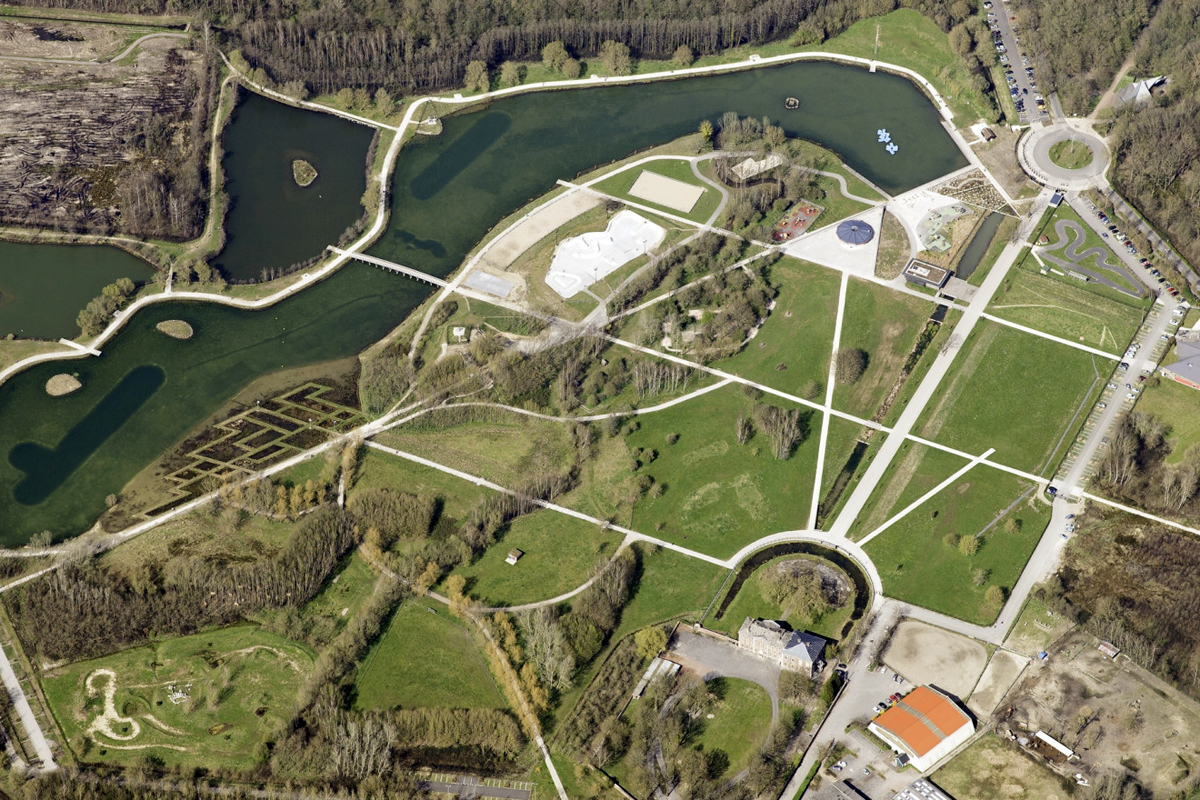 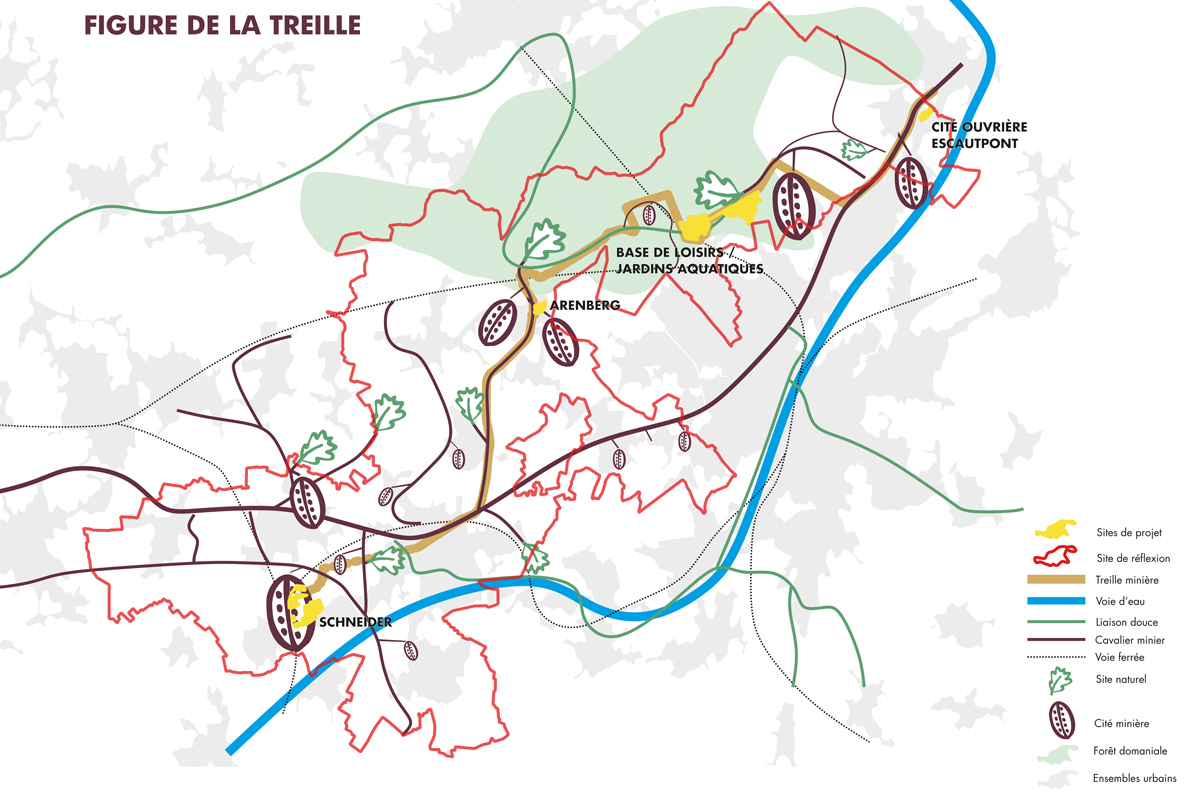 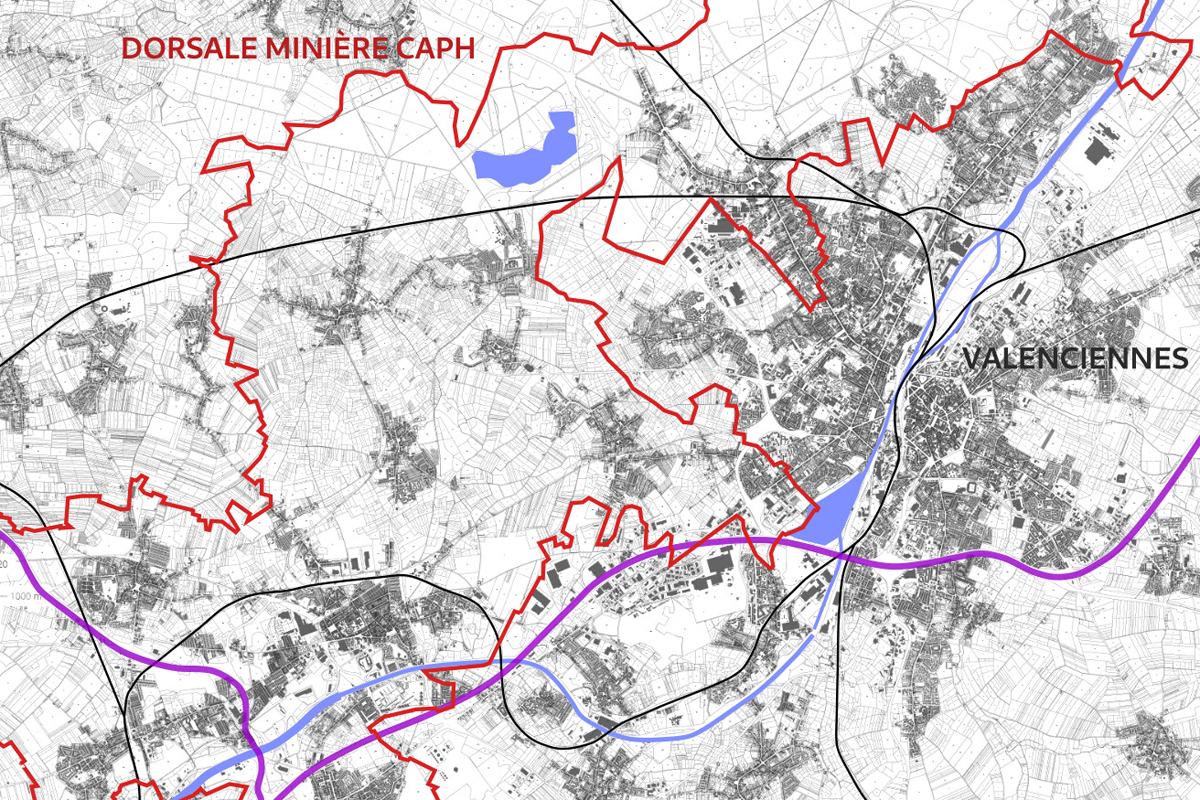