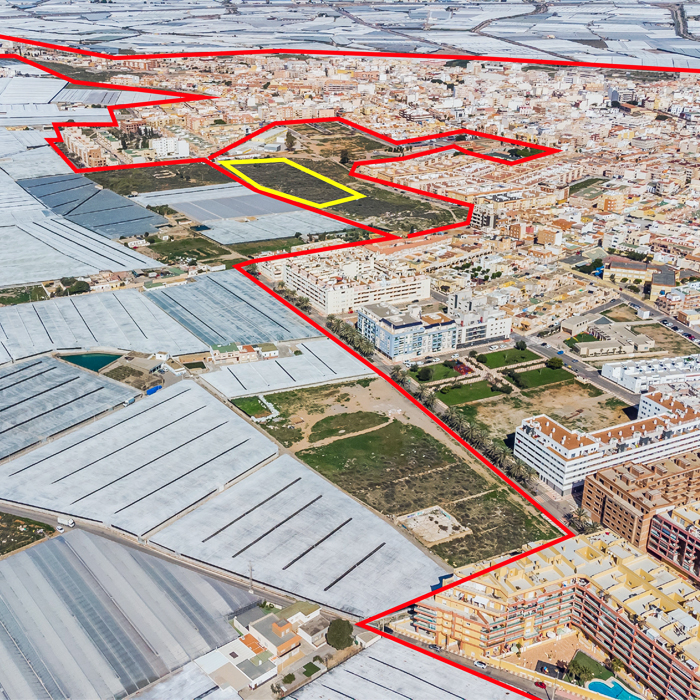 Roquetas de Mar is a unique city on account of its evolution over the last 50 years. Hidroponic crop growth on sand was invented here and has spread to the entire agricultural city, a polycentric conurbation with more than 300 sqkm and roughly 300.000 inhabitants. The development of this intensive agricultural has been responsible for a population growth rate four times greater than the national average. One third of inhabitants in Roquetas are foreigners from 102 different nations, more than half of them outside the European Union.
One of the prominent factors in the development or the town is the strong competition between agricultural and urban uses along the border of both from North to South along the West. The aim is to reflect about this fact in three existing cases: pressure on developed ordered urban tissue (in the North and Central Areas), on marginal messy urban soil (to the West) and on the touristic district.

The Project Site is a public land located in the Southern Area of the Central Core of the town. It is part of an urban void between Las Lomas District to the East and La Molina District to the West. Las Lomas is an ordered neighbourhood with modern blocks of houses and urban spaces of quality, belonging to the East Enlargement of the Historic District, towards the Mediterranean shoreline. On the other hand, La Molina is a middle-low class neighbourhood with a high percentage of immigrant population, whose buildings and open spaces have lower quality where the most marginal settlements of the town have been built. This position between two areas of different offers an opportunity for joining both districts, regenerating the urban tissue around it.
The Site is also affected as it is adjacent to the agricultural borderline to the South of the main central urban core (the Historic District).

The city of Roquetas is built between two seas: the Mediterranean to the East and a huge plain to the West occupied by greenhouses, that is known as “the Plastic Sea”. It is said that its brilliant surface reflecting the sunrays constitute the only manmade structure in the world identifiable from the outer space (with the Great China Wall).
The site is adjacent to the agricultural borderline to the South of the Historic District. It is part of one of the big voids existing in the urban tissue that deserves a special reflection, taking into consideration its location.
Greenhouses are CO2 sinks and by reflecting the sun´s rays off them, they reduce the temperature by more than 2ºC, thus slowing global warming. This ecological metabolism must be extended to the city by encouraging energy saving, the use of renewable energy and respect for Nature. It is also necessary to maintain and intensify the city´s social integration strategy. Despite the social complexity, the integration strategy is proving to be a complete success. Plans for the site area include a residential plot for a block of houses an open space and a plot of facility conceived as a complex destined to be a social equipment including a citizen relations centre (classrooms, meeting spaces and so on) as well as installations for leisure. Both buildings must be integrated with the adjacent open space.
The project presented to EUROPAN 16 is seen as a tool designed to intensify the sustainable metabolism and social integration.

Agricultural data or reference including vegetable types or crop types.

Can we more focus on study site scale , which means extend the project boundary more broadly

Yes, you can for the competition project

Cf. video of the visit: https://www.youtube.com/watch?v=OsfCV-eyfM0 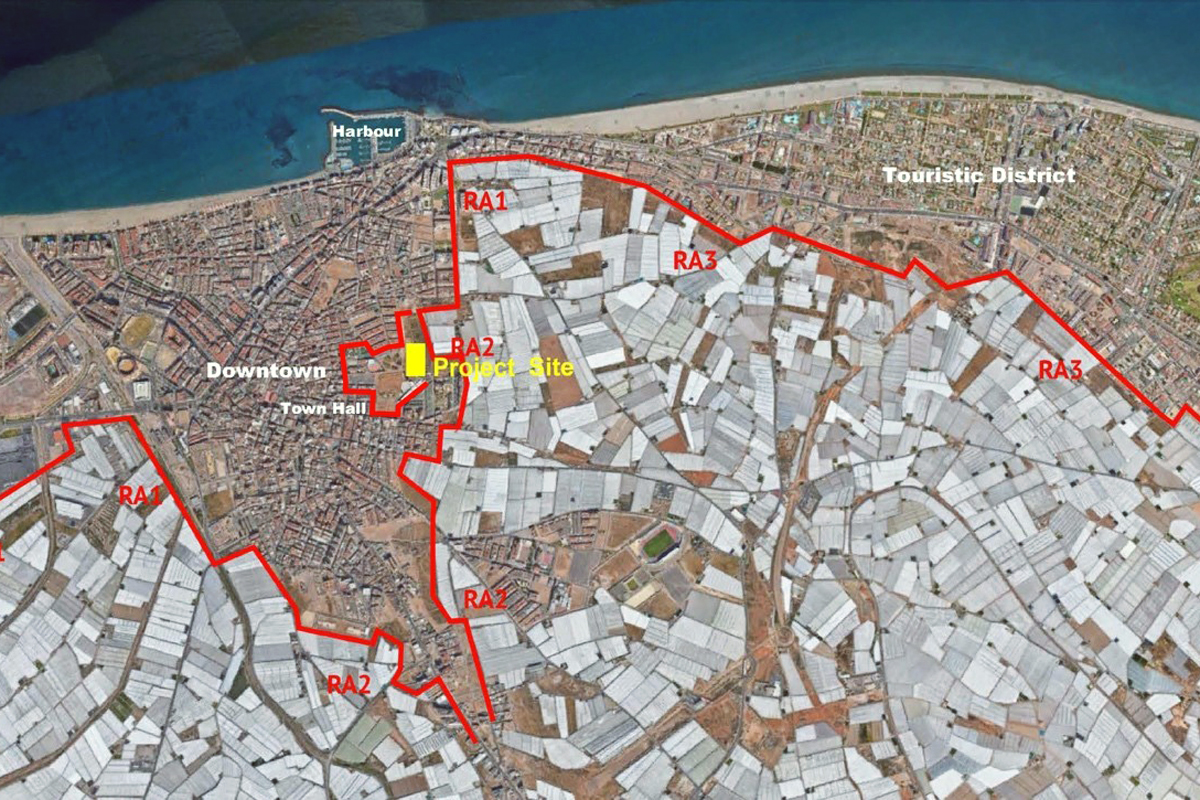 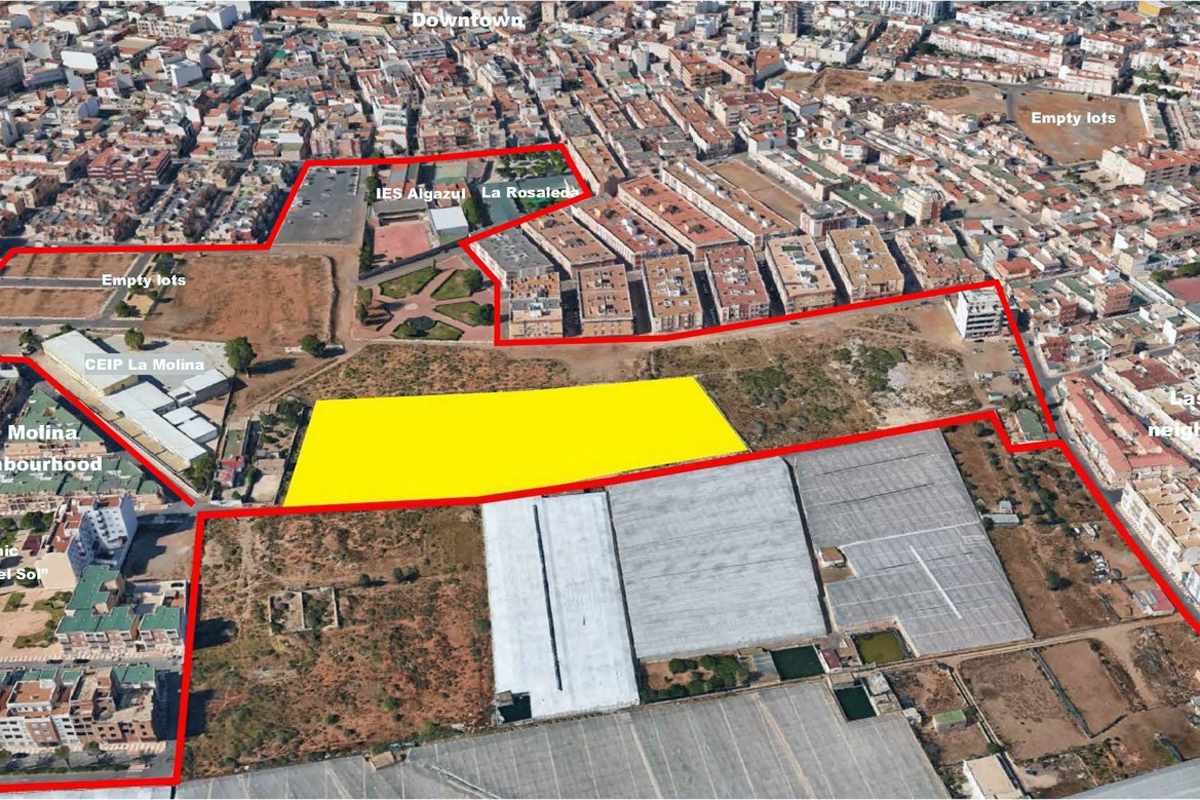 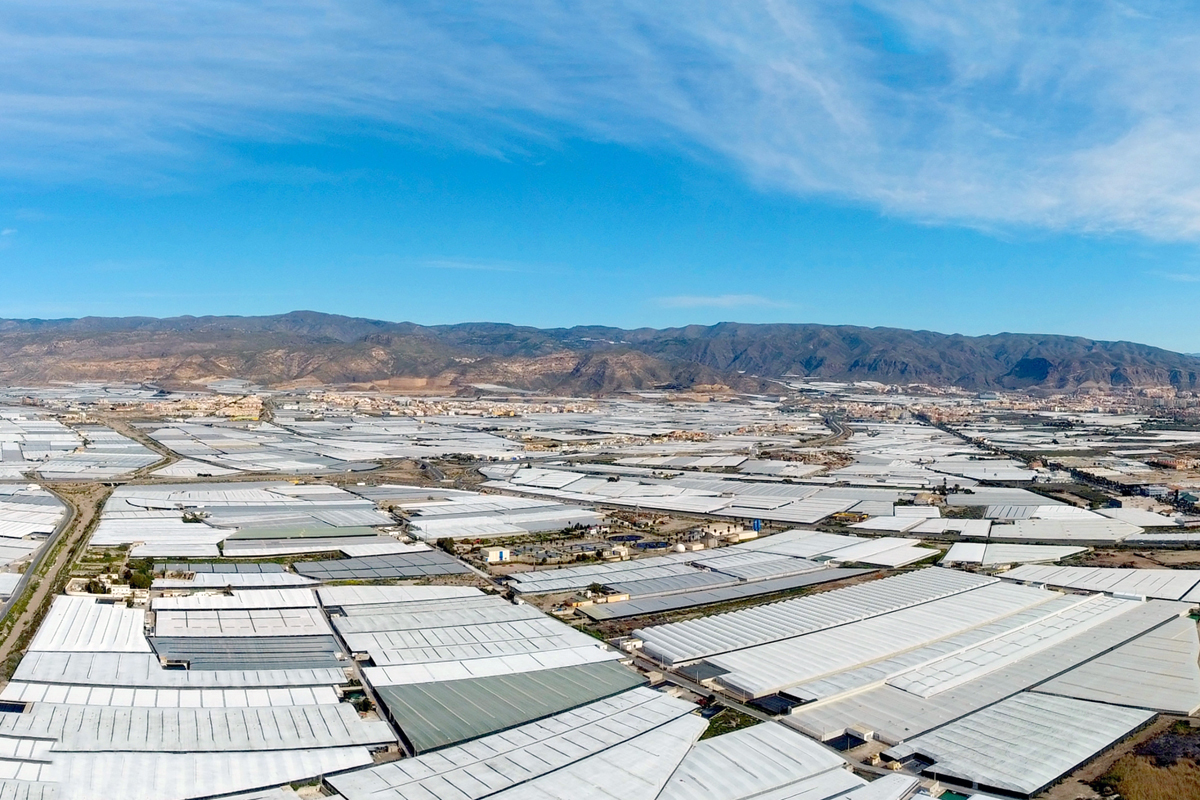 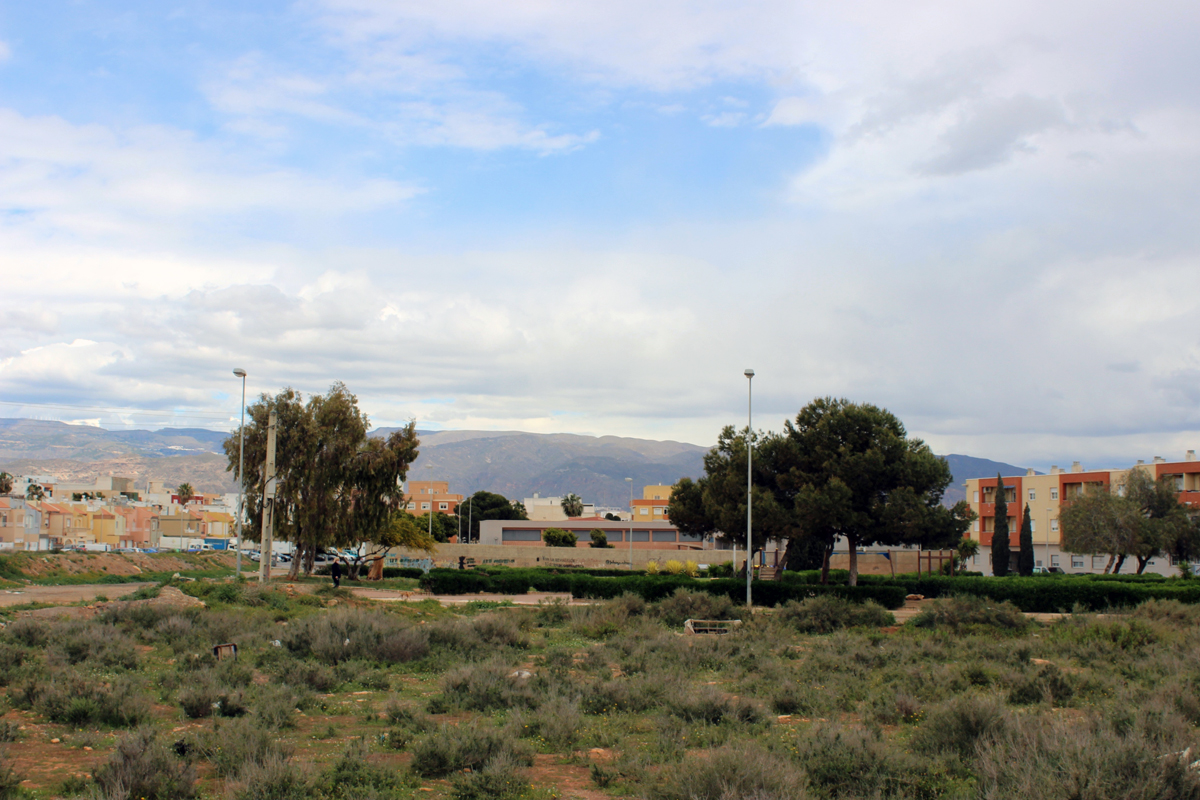 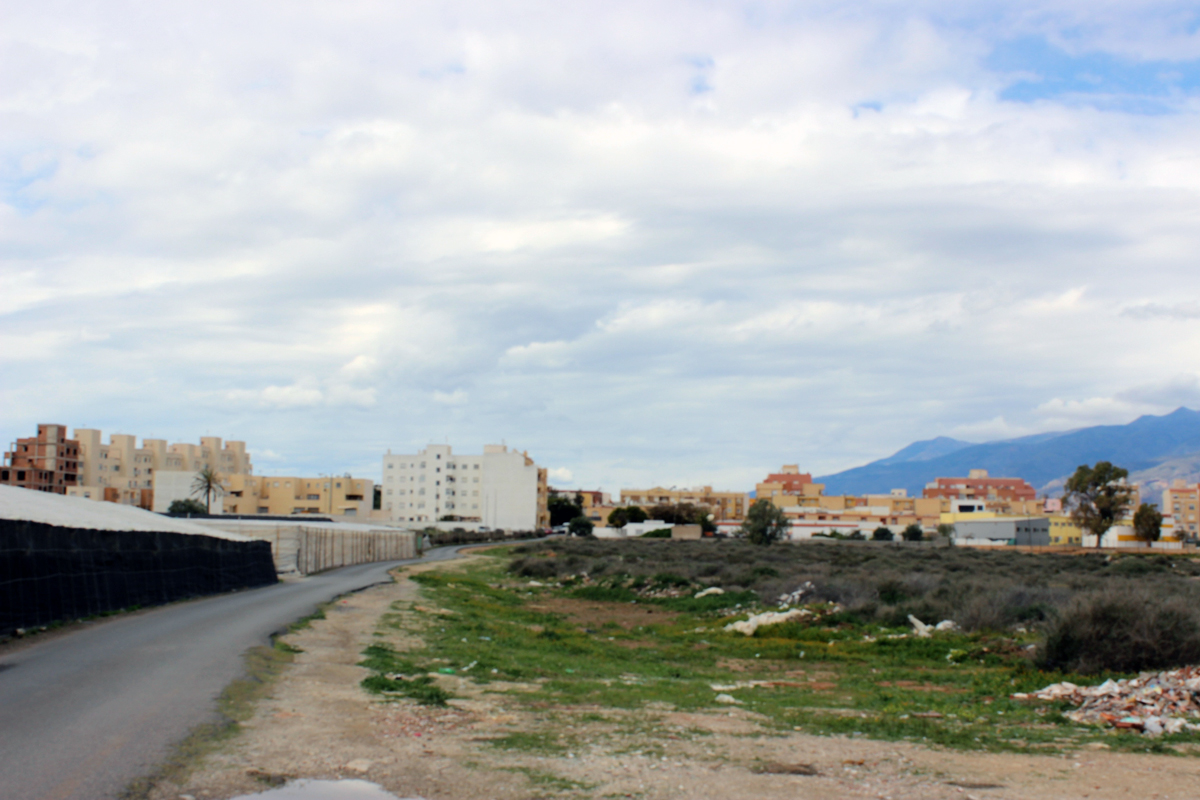 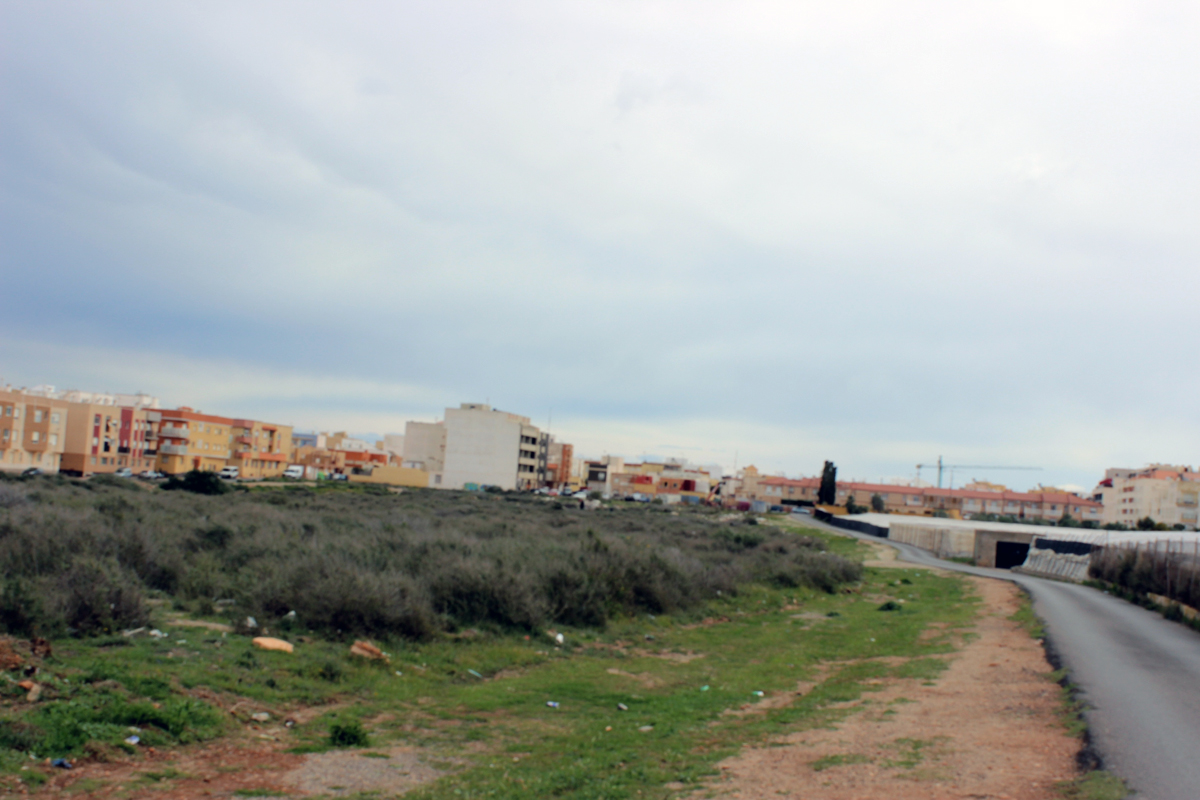