INTERVIEW
Click on the images to enlarge
1. How did you form the team for the competition?
We have been friends for many years. We have also worked and lived together, in Argentina, Japan and Spain. Our shared vision is embodied by our different career paths and experiences. Europan’s guidelines gave us the freedom to work with an intellectually and culturally diverse team. Most of us are graduates from the Bordeaux School of Architecture and Landscape, and we all leapt at the chance to come up with a plan for the Bassens/Bordeaux site.

2. How do you define the main issue of your project, and how did you answer on this session main topic, Living cities?
Co-evolution of parallel systems with different interests has to fulfill both economic efficiency and urban co-existence. The issues raised by this Europan 16 session show us that we can’t consider isolated monofunctional areas as a model for tomorrow’s city any more. Similarly to natural interactions, diversity is the most efficient way to seek resilience and to be ready to adapt to upcoming changes. A modern city is a paradigm that considers environmental, biological, social, economic, cultural and political issues to form new synergies. We were asked to generate an impulse through territorial transformations using only existing resources (natural, ecological, infrastructural). The difficulty with the Bassens/Bordeaux project lies in a seemingly unsolvable paradox: how does one boost the on-site port and industry activities while simultaneously offering an equitable sharing of the land between companies and residents? We believe the answer to this conundrum lies in a remodeling of our production system. We need to make the switch from an economy based on property to an economy based on utility. Our team looked for spaces that could be multipurposed and thus shone a light on a collaborative archipelago which transforms waste into resources by enabling a collaboration between those already present, as well as any newcomers to the site. This is what we call a symbiotic economy.

3. How did the issues on metabolic and inclusive vitalities and the questions raised by the site mutation meet?
Our project is called [SYMBIOTIC BOOM!]. The BOOM is an image for the trigger that will enable the current system to change as well as for the growth needed to reestablish a more sustainable, inclusive and attractive ecosystem. Up until now nature and production have been contradictory terms, but now the only way to get back to a healthy system that does not waste energy is to create a symbiotic link between the organic and industrial ecosystems. The site’s mutation operates on several timelines thanks to a functional hybrid system. That which is already present (“déjà là”) can sustain this transformation without wasting any resources thanks to extraordinary dimensions. The social capital generated by all these actions led on site with different timelines is the focal point of this project. A living city is the sum of shared spaces which are co-managed, revamped and benefit a larger category of users.
4. Have you treated this issue previously? What were the reference projects that inspired yours?
We dealt with an aspect of this problematic when we worked on an urban project in Sao Paulo (Brazil). Just like in Bassens the grounds were over-artificialized, polluted and under risk of being flooded by the Tietê River. The project we came up with used a symbiotic economy that renewed the polluted water to use it as a resource for agricultural culture as well as leisure spaces which enabled us to restore an abandoned urban area. Our influences blend architecture, philosophy and new economic mindsets and systems. We voluntarily distanced ourselves from master planning, zoning, and any other traditional architecture methods neglecting ground considerations. Together we explored Saint-Nazaire’s submarine base, and were moved by Gilles Clément’s poetry, bringing life back into artificial ground. Our starting point for this project can be found in Bruno Latour’s works, most notably his essay What protective measures can you think of so we don’t go back to the pre-crisis production model? as well as his book We Have Never Been Modern. These texts gave us the tools to go beyond stale urbanism models. Finally, the Bassens/Bordeaux project is about the gaze that we thrust upon industrial zones and ports. The relationship between residents and their port has immensely changed in the last century. The port’s story needs to be positively rewritten so that it can once again welcome residents, workers, travelers and transporters. This is why the “Symbotic Seing” exhibition was a huge influence for us. Not only does the exhibition ask us to reflect upon climate change – a direct consequence of human activities – but it also wants us to consider humans as the center of a larger system where coexistence and symbiose are fundamental in a possible new vision for the Anthropocene. Eliasson transcribes complex theories about this shift, and calls upon his readers’ rationality as well as their senses for a complete experience.
5. Urban-architectural projects like the ones in Europan can only be implemented together with the actors through a negotiated process and in time. How did you consider this issue in your project?
The existing acting parties on site constitute the project’s basis. The essence of the proposal lies in the understanding of the territory, its production as well as the strengths already present. It is all about revealing the existing potential thanks to a circular economy, in other thanks to a direct and beneficial collaboration between all the acting parties. To be able to sit down at the negotiations table, it is crucial that there be a balance between those present and any and all of their mutual counterparts. The collaborative symbiotic network implies an association between Top-Down (institutions and grand entrepreneurs) and Bottom-Up strategies (citizen and association implication) to create new economic and social resources, which will regenerate social capital. The cities of tomorrow need to be reinvented with elements that already exist and simply require questioning and reorganizing.

6. Is it the first time you have been awarded a prize at Europan? How could this help you in your professional career?
Europan 16 is our very first participation. In France, public orders are not very accessible for young agencies. EUROPAN helps young offices gain credibility and visibility, enabling us to participate in an actual public order for Bassens/Bordeaux, where experimentation with new models is possible.

Has your team, together or separately, already conceived or implemented some projects and/or won any competition? if yes, which ones?
We have won several competitions both at international and national level in Brazil, Argentina, France among others. Our professional collaboration was extended to private commissions. Each project is an opportunity to develop our approach on open program, versatile both through its uses and forms. The programs that are developed by the office are various, ranging from public equipment to housing fabric, eventually exploring open spaces in post-covid era.
Does your team share a common workplace? if yes, give us a short description:
KENO Architect is based in between Bordeaux, on the right bank of Bordeaux, close to Europan chosen site (Bassens), and Normandy, l’Aigle. This dual location brings us to work in a nomad way and allows us to identify common issues to recontextualize in a local environment. 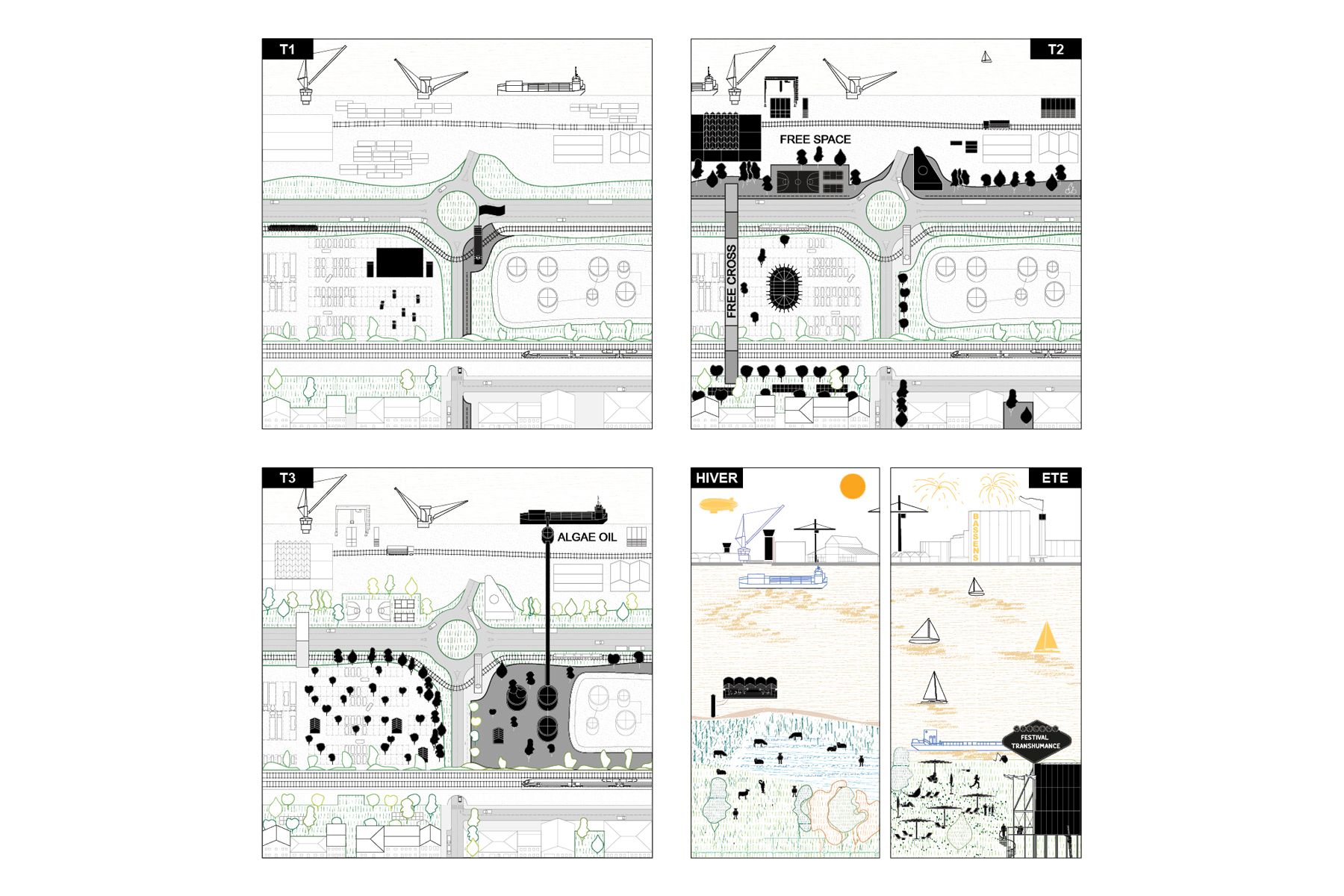 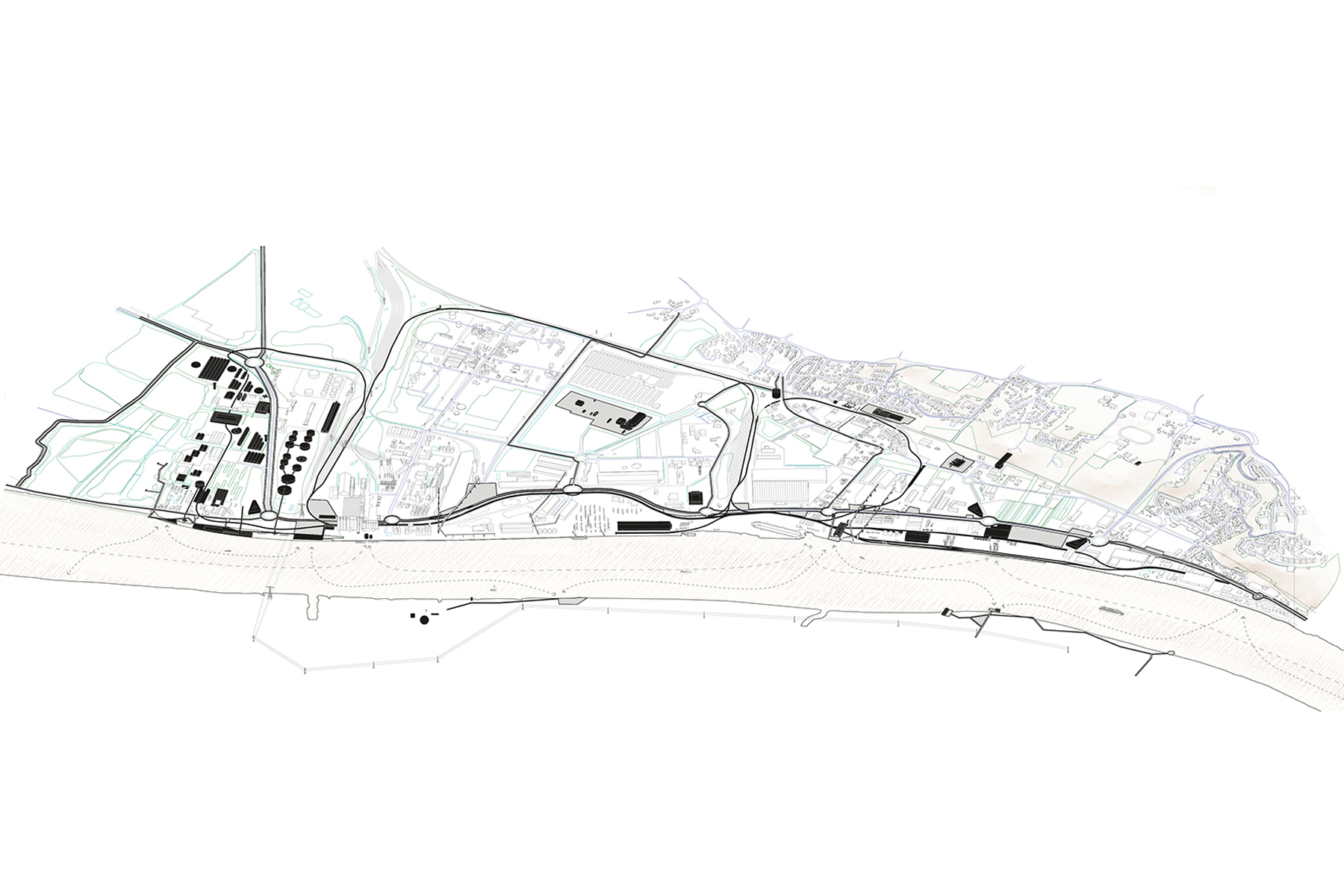 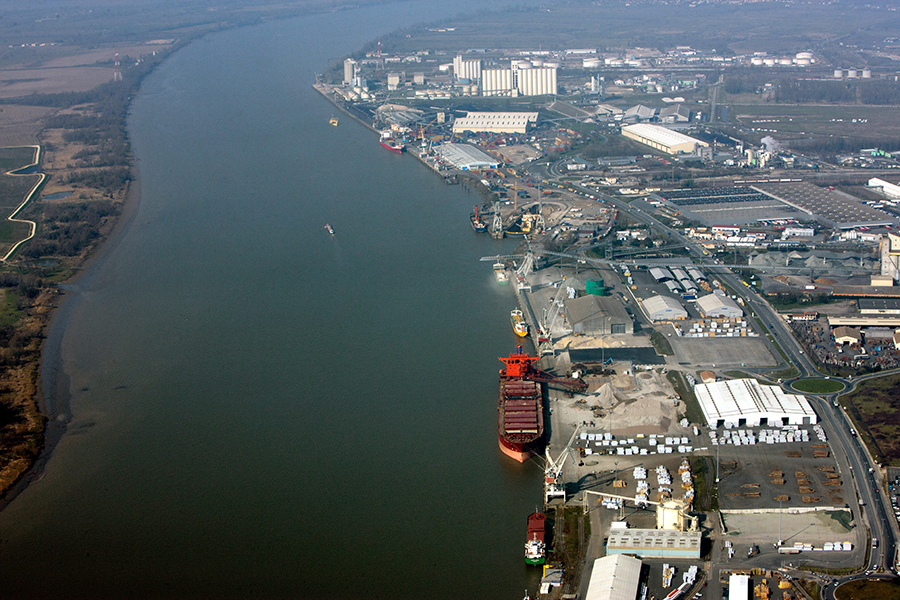 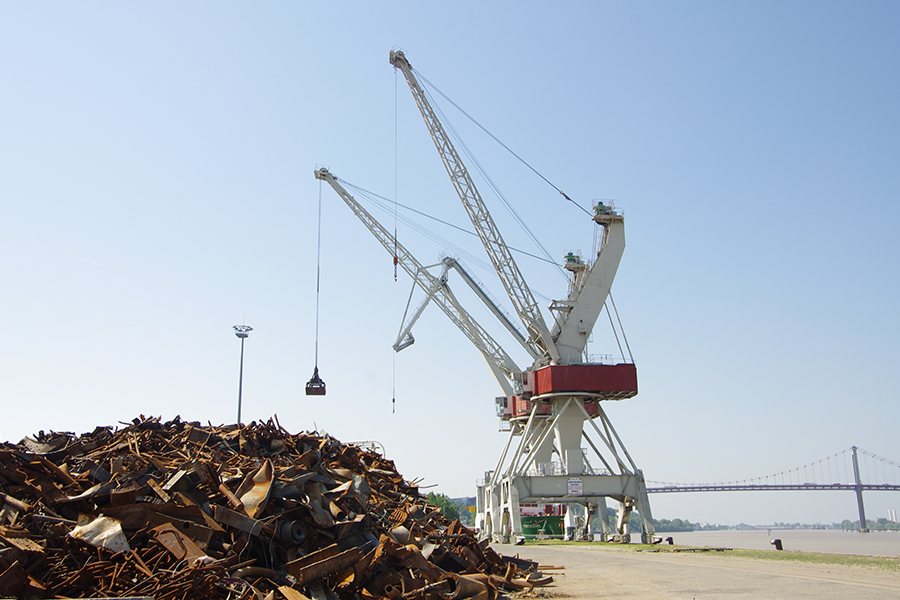 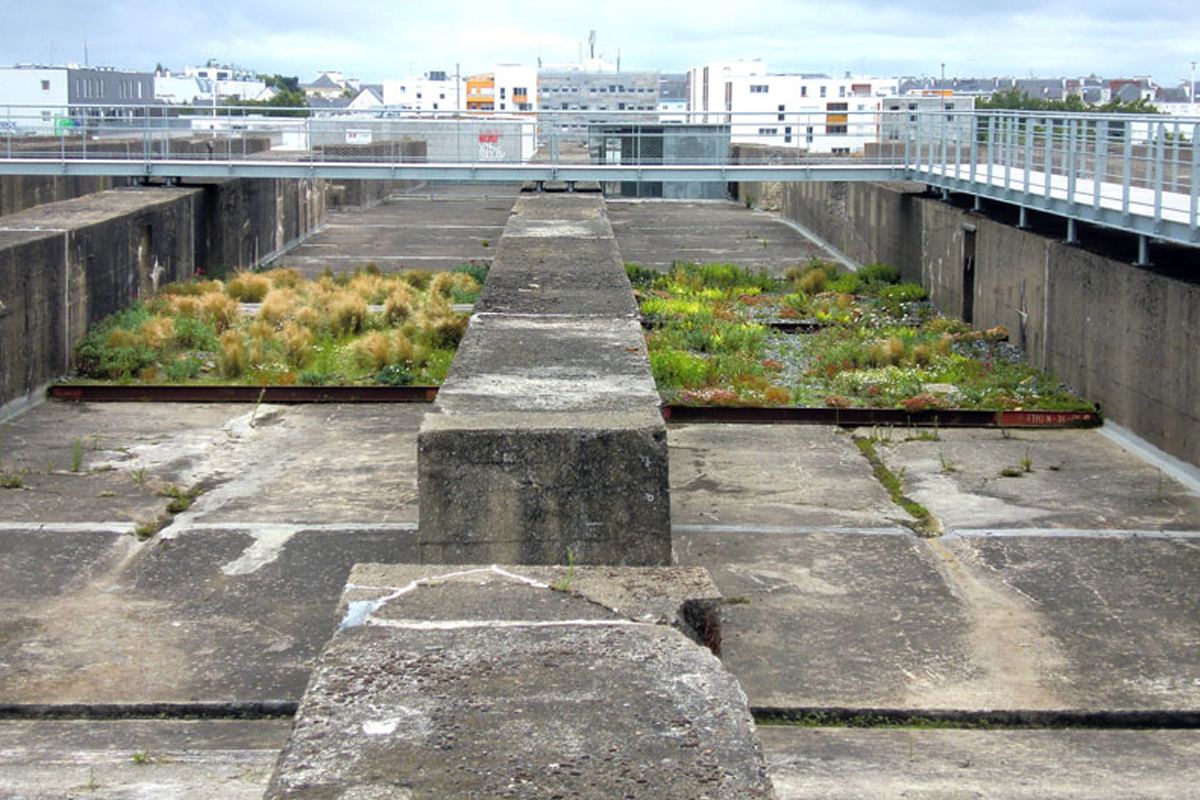 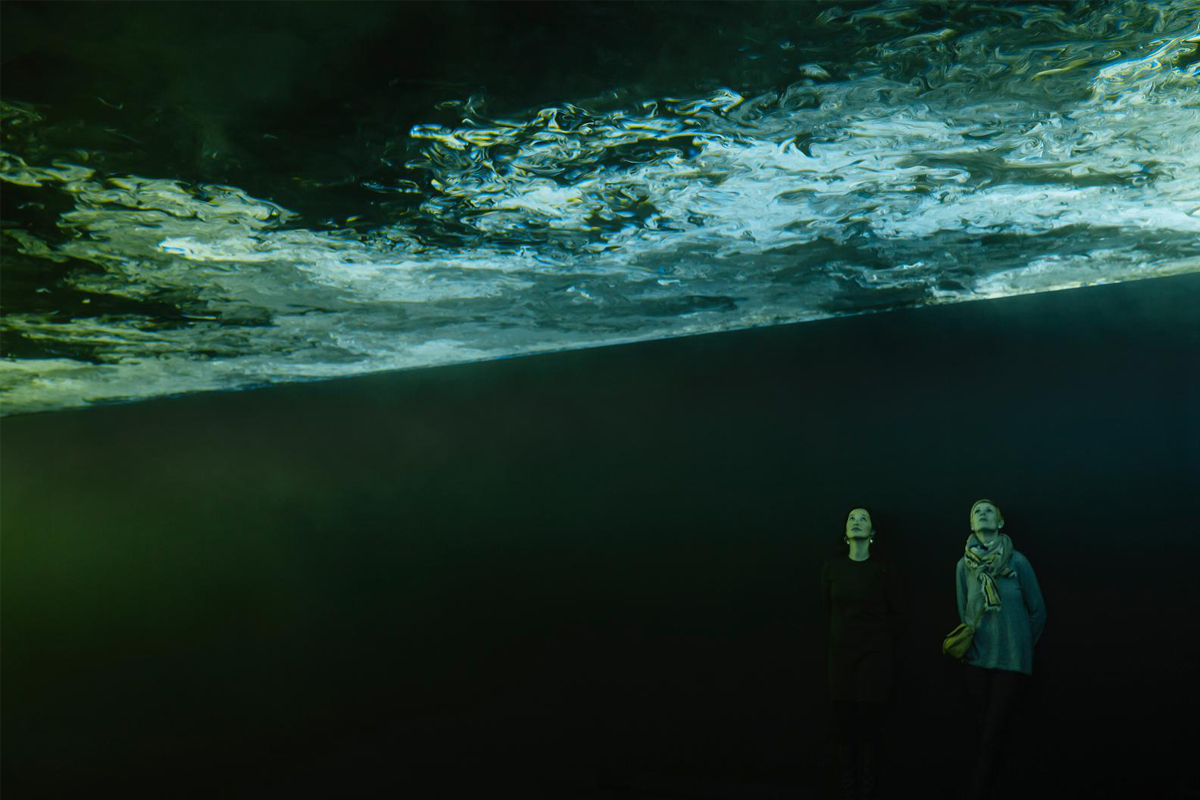 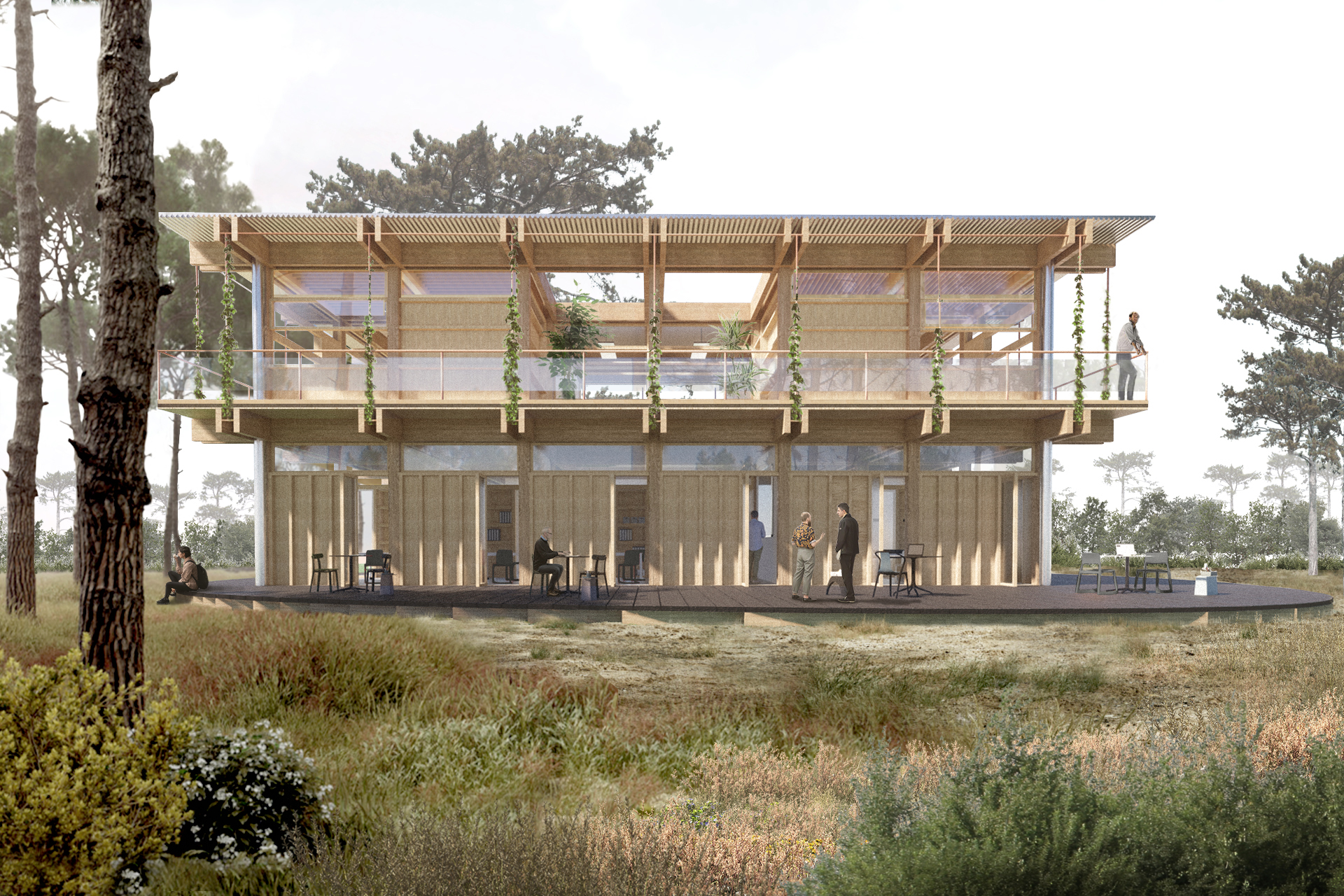 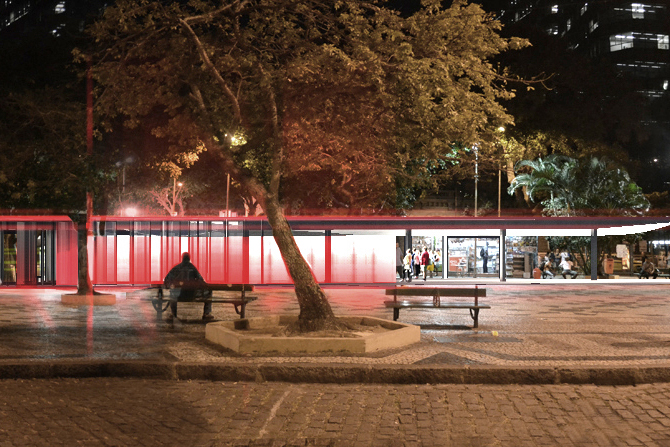